We fail our images and images fail our desires. In trying to deliberate over which side of failure images are consigned to, the human side versus the side of the function of the image itself, it is hard to not implicate oneself in misunderstanding the function of a photographic image. We have come to expect that photographic representation, while relative, is somehow consequential to the possibility of representations political, personal, or other. This sentiment is acknowledged as having provisos attached. 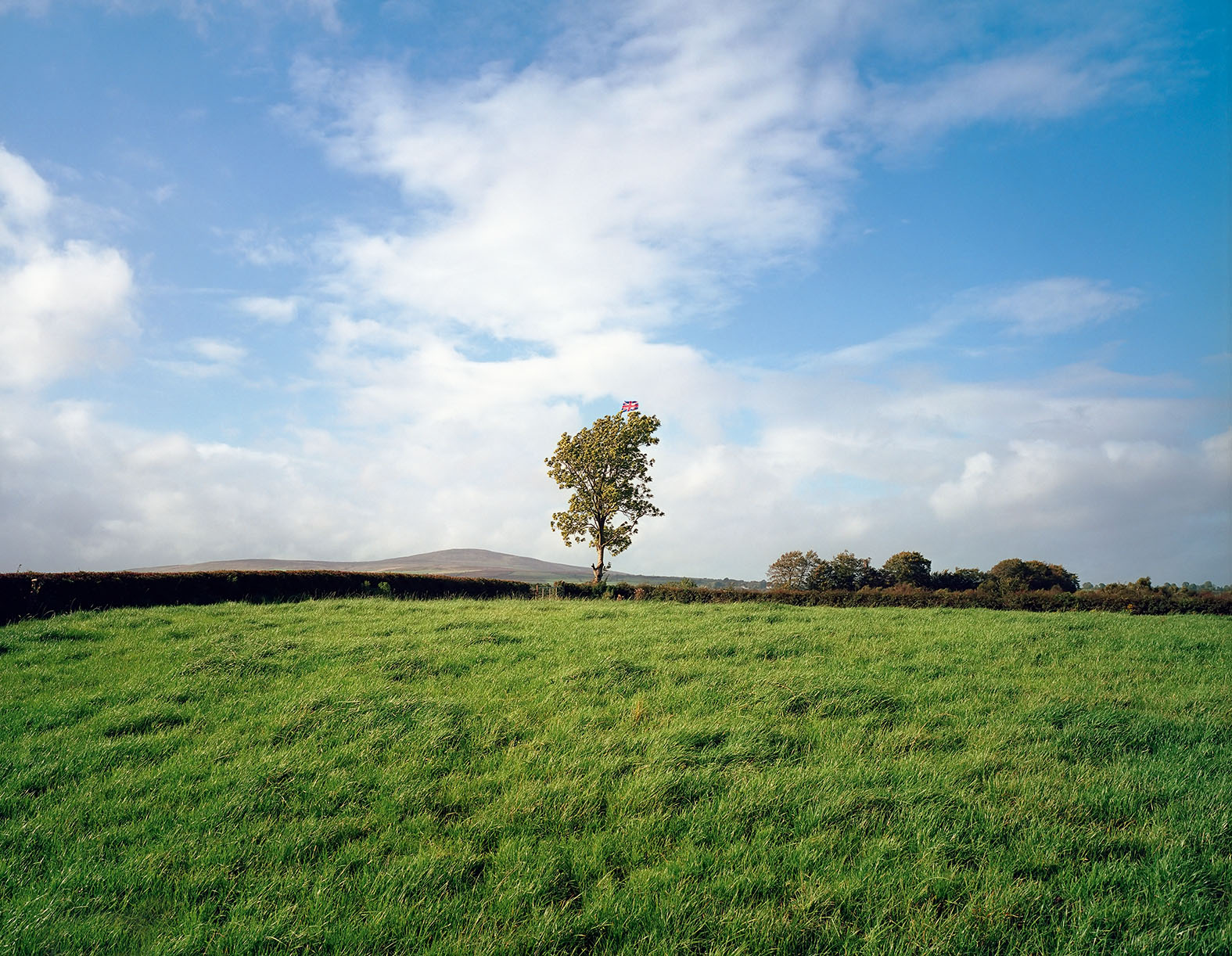 Our species avoids inclarity at all costs and in doing so, conjecture has it that we are a species born of superstition, of uncertainty, and are bemused by the traditions that have led us to accept the image as revealing or by the very least as symptomatic of a potency reserved for golden calves and demi-gods. We look to photography for clues if not answers, and yet, the medium is perfectly suited to speak no truth, but is equally perfectly suited to elicit a desire from the viewer to consult the image as plausible. Photographic images are more than duplicitous, they are graven. They self-determine by giving speculative hope as to their potential for assuming relative conveyance. In many ways, they are the perfect false idol for which we pace our projected desire and spiritual potential. 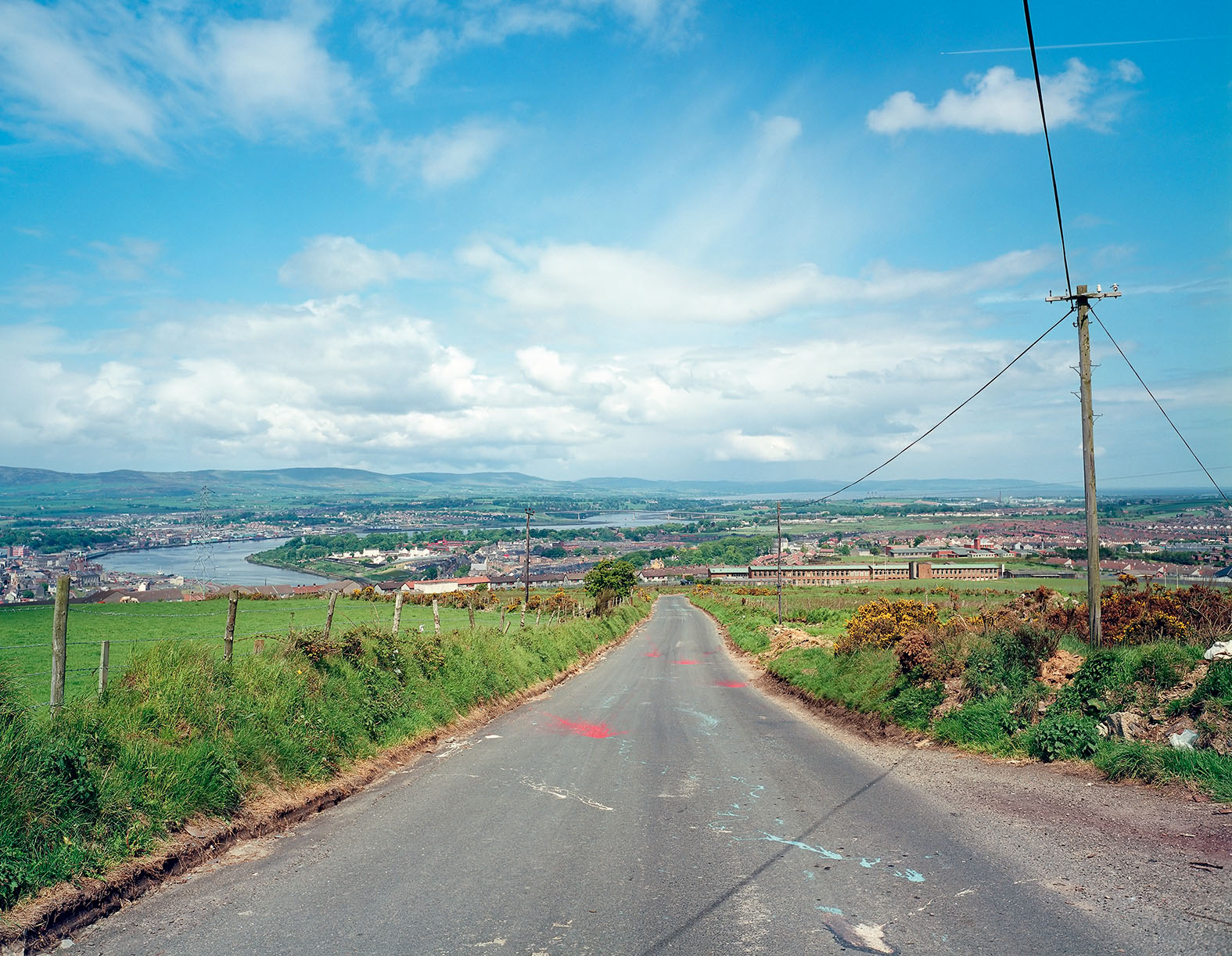 In considering the nature of the photographic image and our relationship to it, the tendency to ameliorate our expectations of the photographic link to the real is one governed by a stringent denial of an unfixed world. The container that a photograph represents is not one whose contents give us the much-desired clues, but rather, it is a container which we are to fill. The purpose of a photograph is not to disseminate, it is to act as a crucible for human desire and the species’ avoidance of death through the transformative act of belief in the real, for which the photographic image itself, is the perfect vehicle.

As I pen this, I am confronted less by the need to make accusations about photography or define its complete function. These are my experiences with the medium, to which I have an atavistic and often-times irritating relationship that oscillates between a type of adoration and a type of facile compliance that it is a pursuit based on failure. I am also wary of being complicit in absolutes. This is more of an anti-testimonial than it is a sovereign act of definitive statement and I have come to this position after looking through, with scrutiny, the work of British artist Paul Graham and the re-printing of his opus Troubled Land (MACK, 2022). Troubled Land is the third and final book in the trilogy of Graham’s early work that has followed the re-printing of Beyond Caring, and A1-The Great North Road (MACK). These books constitute the early works of Graham, which coincidentally happen to be made up of the most British of his concerns. I have written on each book up until this point and consider these works unblemished. The trilogy represents Graham’s dis-invitation to work within the tradition of British social documentary practice. 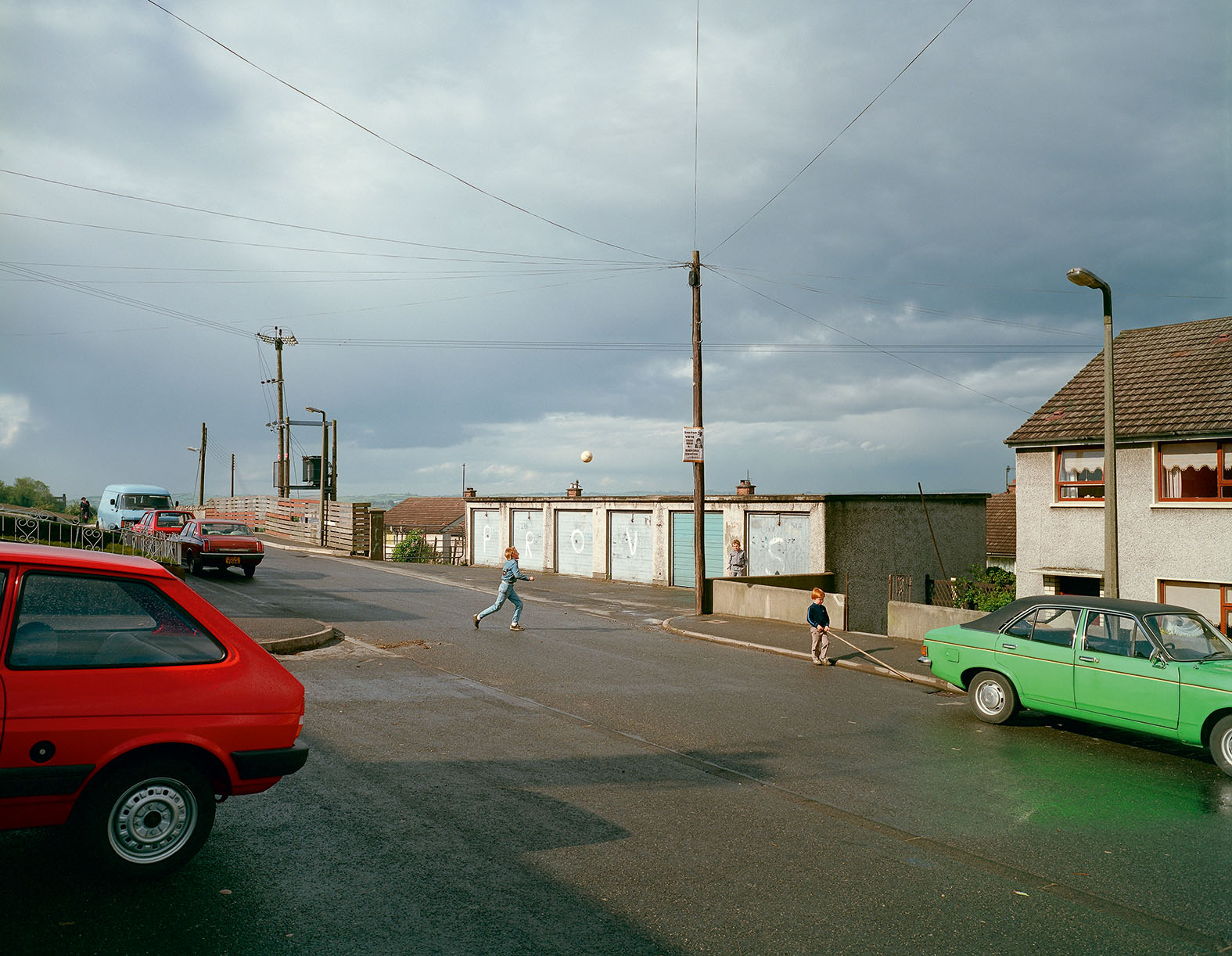 Similarly alarmed as to photography’s veracity, but equally careful not to dismiss its function outright, Graham was early to understand that images function as a container for bias and act as a catalyst in which we may place our projected concerns. He understood that outcomes cannot be correlative to political experience outright, but that the condition of the political or social image must function on a climate or atmosphere of desire in which to draw conclusions no matter if those conclusions were intended or not. This leaves his early work in the paroxysm of being stranded between the magnetic poles of belief and its formative condition of desire.

In trying to tackle a project as large as Ireland in the 1980s during the throes of The Troubles, Graham made the cogent decision to visit Ireland, to understand his own colonial ambition in doing so, and to treat the subject matter of the Troubles at arm’s length and often from the car window. Many of the images in Troubled Land are born not from direct experience with the Troubles themselves, but rather from viewing ephemeral markings found on walls, Republican and Unionist painted curbs, and from the passing tumbleweeds of newspapers blowing past his parked car. 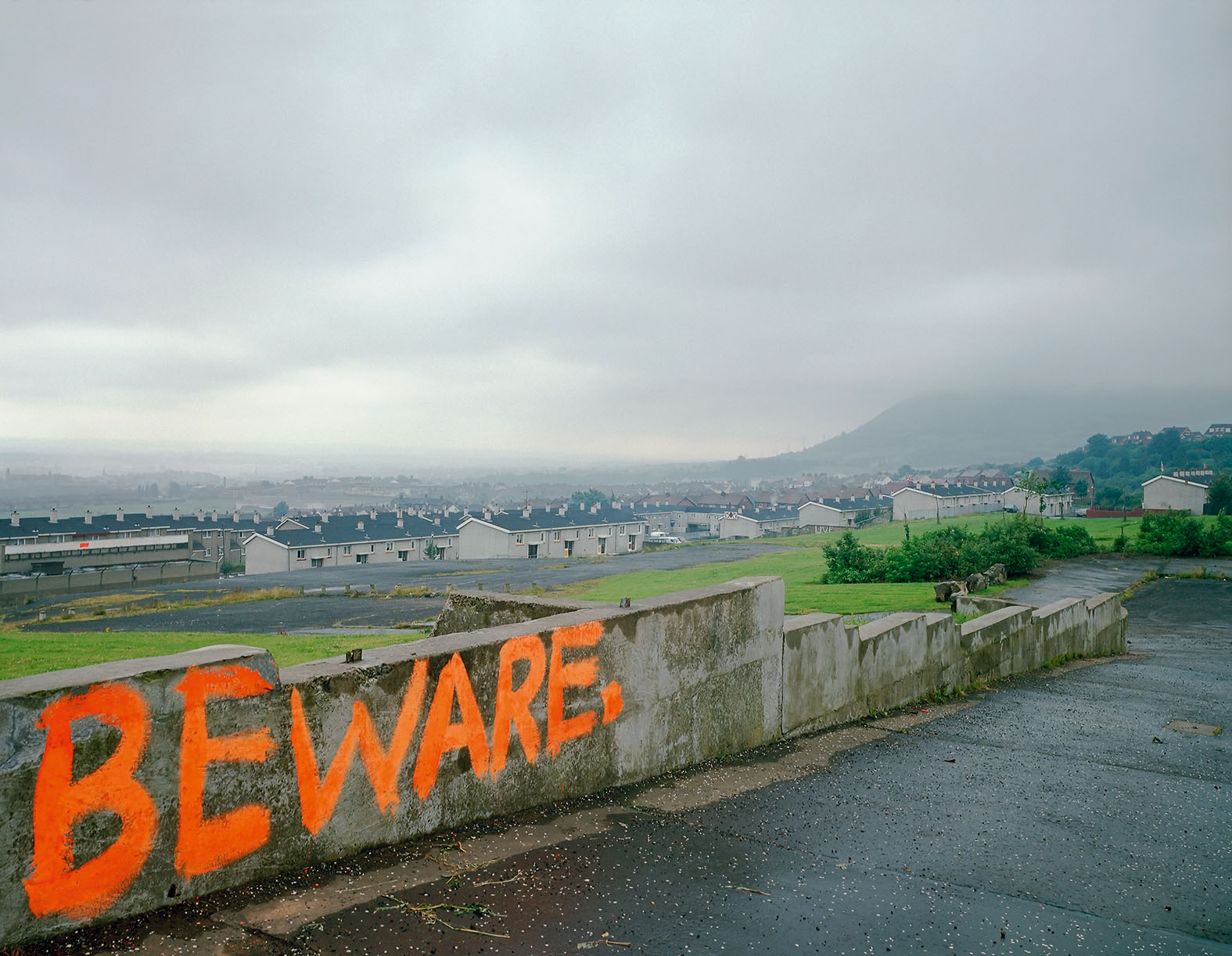 Text plays a crucial role in Troubled Land. From Sinn Fein posters mounted to telephone poles to IRA graffiti spray-painted on concrete roadside barriers, the images in the book exceed by placing the action of the Troubles in the context of their public shorthand and local screeds. We are instructed to consider the martyrdom of the hunger strikers held in the Maze, most notably eulogized later in the film Hunger by Steve McQueen. We are tasked with reading graffiti as a supplementary biography of Northern Ireland in a manner that conditions us less towards conclusion than to an ongoing act of history in motion unfinalized- discordant poetry from which stanza and verse are non-uniform, but more in line with a call and respond selection of vicissitudes. Beware, indeed.

Key players from the moment are also outlined similarly in the work with Ian Paisley and Danny Morrison amongst others eyeing the emptiness of roads perched stapled or taped to phone booths and other notice boards. These omniscient heads of the realm cast a long shadow on the goings-on in Northern Ireland and Graham realized that their effigy or icon, depending on your side of the Troubles is more important to illustrate than the politicians themselves. In ordering the atmosphere of Northern Ireland with these roadside icons, the image of the political leader within the photograph is diminished from a state of propaganda to an extended question of their political position on the land itself. Of course, it could be a question of access, but nonetheless, it is effective in allowing the viewer to fill up the container with pieces of the whole, instead of the thing/person itself. It allows Graham to speak on an uneasy subject without self-implication by proximity. 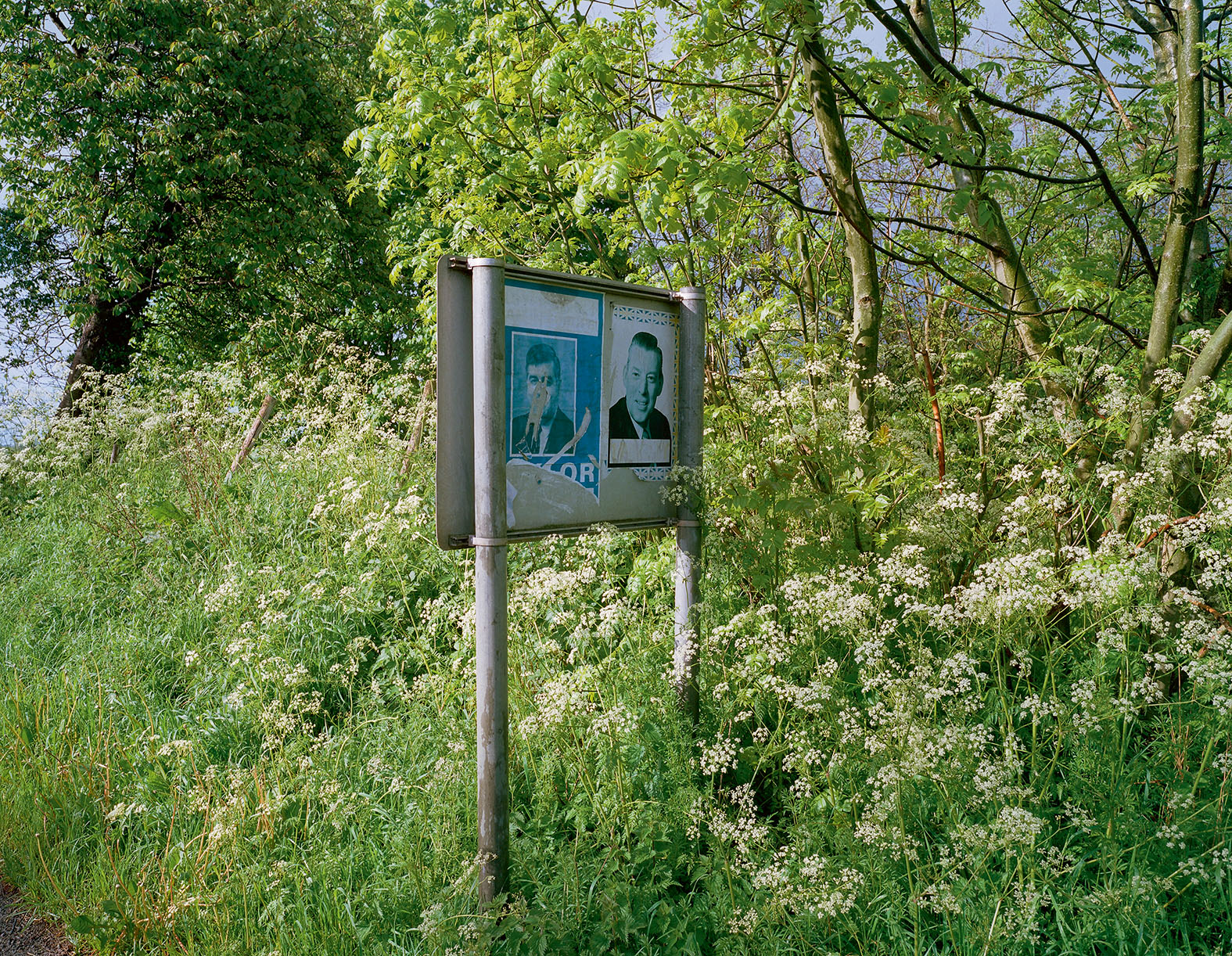 Throughout the book, there is a feeling of distance. This is where Graham acknowledges that he is unable to provide sufficient pictures to illustrate such a large topic. The distance, or as one could argue safety from which the images are made is reflective of the artist acknowledging the impropriety of attempting to show the viewer anything of the reality of the conflict. Instead, this distance must be acknowledged as a state of determination by the artist to leave the documentary to the side, a choice of terms that has always seemed to denigrate the action of the artist as scribe or jester. Graham is not here to report, he is here to outline, scribble, to make lateral and adjacent connections between pictures and political history. He suggests an arrested footnote without citation to carry the atmosphere and weight of such a moment.

As a person that has varying opinions of Graham’s post-2000 work, I am fixated on the gift of this trilogy of works and what would follow during the next decade and a half. I would go as far as to express gratitude to the artist for making this work, which on its outside looks in line with the history of social documentary work, but for which, like a trojan horse in the context of its production held the keys to destroying the finitude of social documentary’s ill-attempted declarations of document, veracity, and its story-telling machinations. What we take for granted today in the post-truth era was not the same in the 1980s. We did not have speculative documentary practices outlined and the closest that we had was a form of lyrical documentary that acknowledged photography’s shortcomings but did not actively aggress towards their dismantling and refitting. 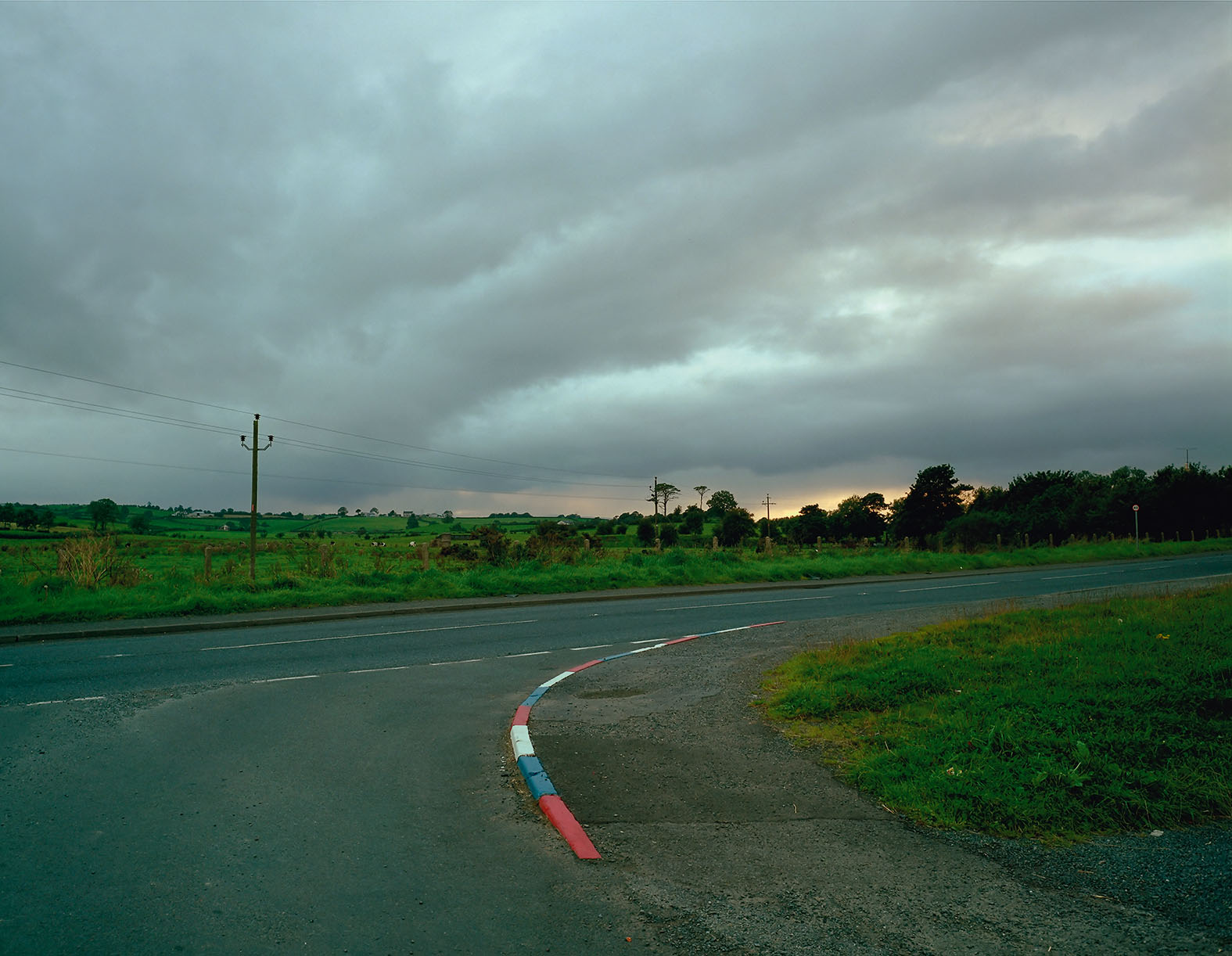 With Troubled Land and the two other works in this loose trilogy, we can find an artist who has paved the way in asserting what is and what is not possible when regarding our desire to read, project on, and disassemble a photographic image. It is important to recognize that Graham walks the line between disavowal of the agency of photographic representation without rushing toward a cynical position that would completely seek to undermine its potential as a receptacle for our desire for meaning. In doing so, he reflects and shows us that the true nature of photographic meaning is as much about the subject as it is about the viewer themselves. Highest Recommendation.