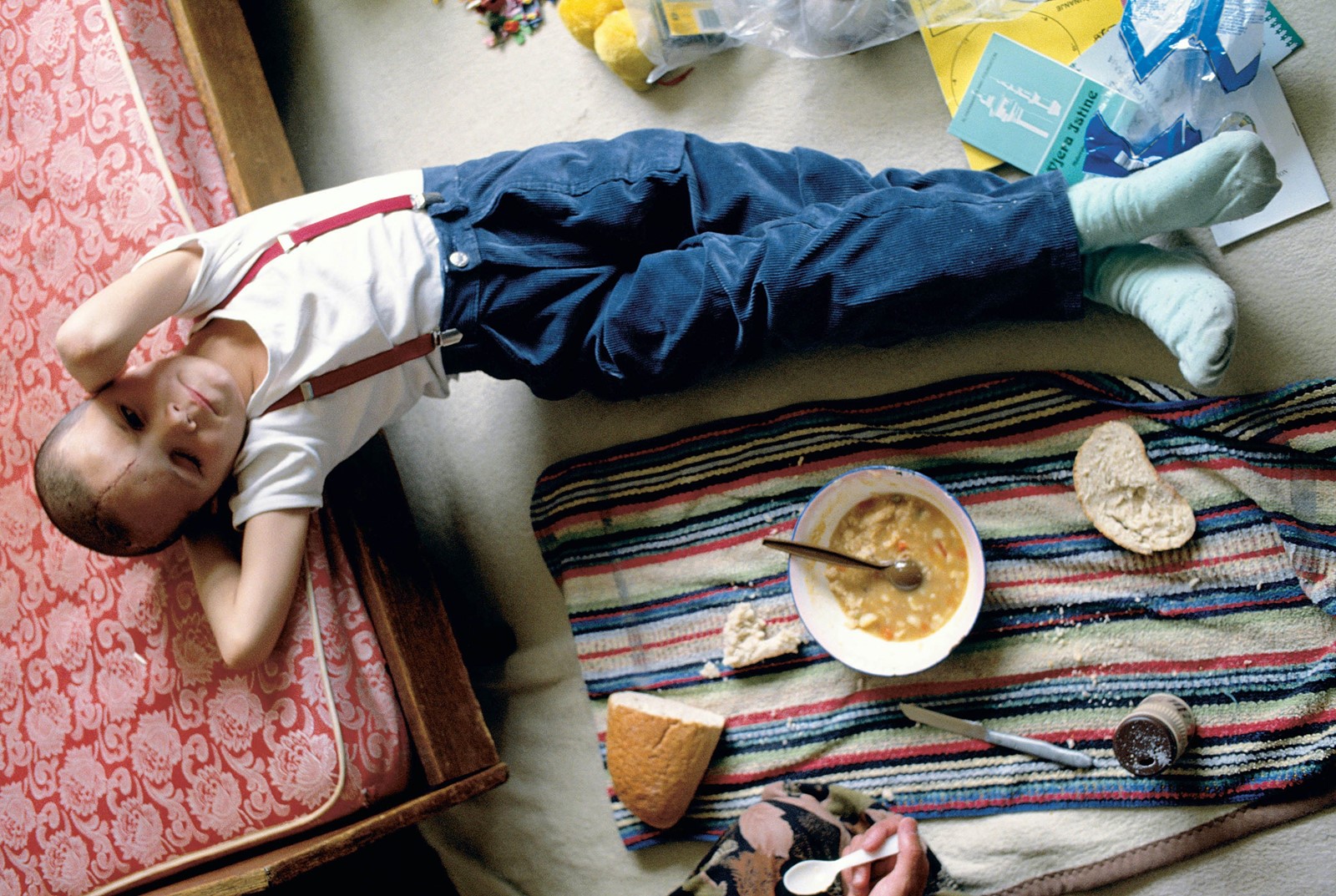 Graubard’s Road to Nowhere is a mercurial title. Published by Loose Joints, the last home of which I might expect to find a book on civil war and discontent to be published, the work reflects neither a war book nor a specific Aftermath book. Aftermath or post-event photography is a genre that looks at an event such as war or terrorism and documents the immediate aftermath with a series of observations that are often devoid of action. It does not document the moment itself but functions as a way to assess or collate the result of such moments of trauma. Aftermath photography does not seem to have a timestamp, though most of the work is done in the direct wake of such events. There is a historical interest in returning to these points of tragedy decades after. I can suggest Andreas Magdanz’s Auschwitz-Birkenau from 2003 as an example. My book Dein Kampf also suggests multiple pov of historical and ideological tragedy on the cityscape of Berlin. Erik van der Weijde’s Der Baum…

…This act seems simple enough but is defined by territory and complicated by ethnic identity leading to new and increased tension between Kosovo and Serbia at a moment when Serbia itself is flexing Pro-Russian sentiment. The focus, therefore, of the reviews and interpretation of Graubard’s book is less about history than the future and, for this reason alone, coupled with her brilliant pictures, makes it an increasingly important release for 2022. Highest Recommendation… 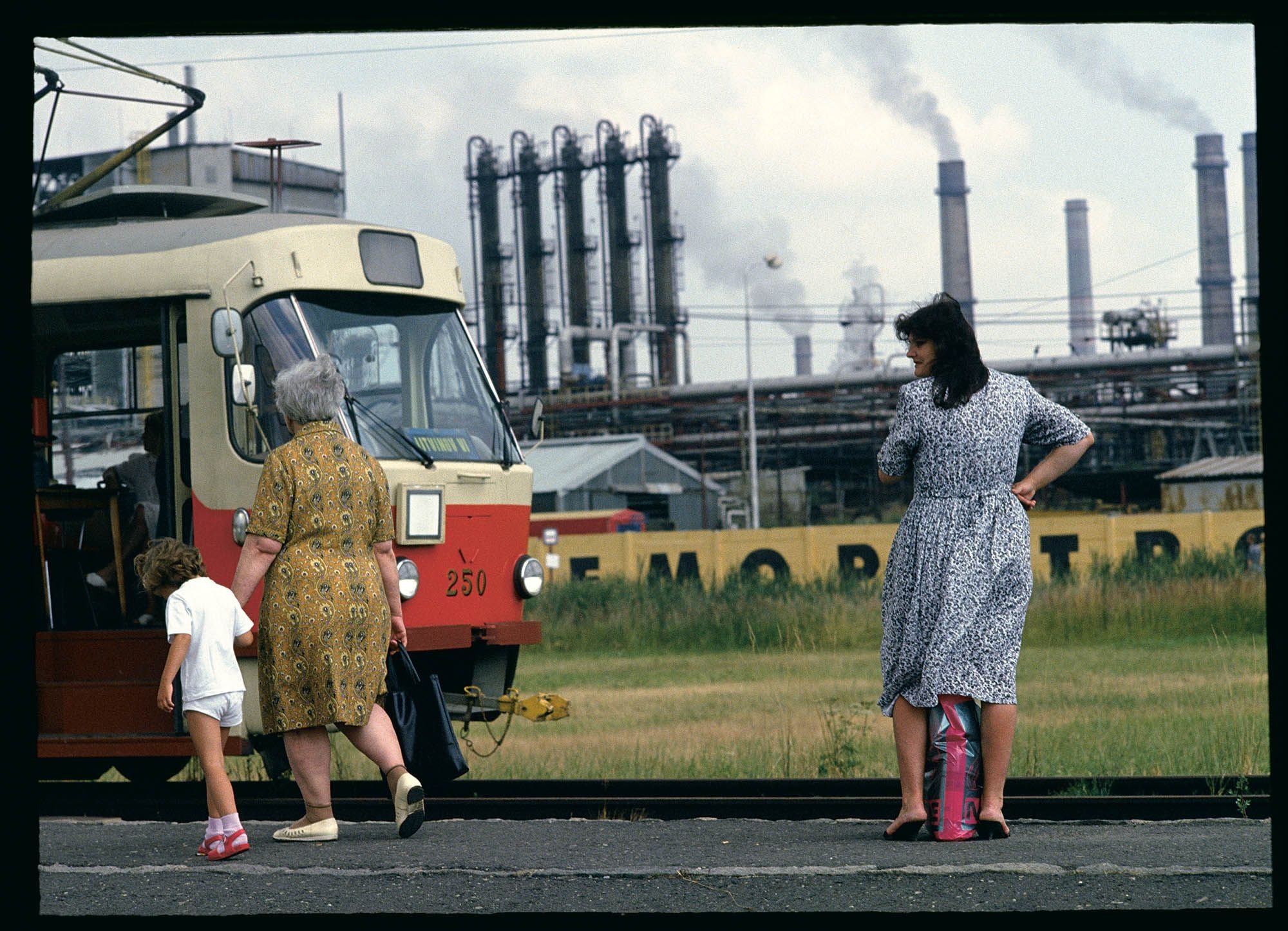 Original Press Release
Graubard’s raw diaries of Eastern Europe from 1993–1995 reveal a fearless and unflinching record of turbulence and change across the Balkans.
Loose Joints is proud to introduce Road to Nowhere, the first publication of an under-represented voice in photographic storytelling. Coming of age in the counterculture and New York punk scenes of the 60s and 70s, Graubard’s intimate and striking color approach to photography found a voice of its own when she packed up and embedded herself within Eastern Europe during the early nineties, witnessing the Yugoslav War, Bosnian genocide, and Kosovan uprising.
Working solo, Graubard chased stories as her heart led her, uncovering the suffering and hardship of orphanages, institutions, warfare, and hunger, as well as the joyfulness of emerging subcultures and post-Soviet identity among the young populations across Russia, Czechoslovakia, Bulgaria, Serbia, Bosnia and more. With many images remaining almost completely unseen for nearly thirty years, Road to Nowhere will be the first major publication of Graubard’s work.
Robin Graubard (b. 1951) was born and lives in New York City. She is a graduate of NYU Film School. Graubard’s photographs intermix the autobiographical, editorial, and documentary in a forty-year career. Graubard’s work encompasses social worlds from squatter punks on the Lower East Side, mafia families, Jamaican dancehall, Eastern European crises, and much more. Graubard is a recipient of The Rema Hort Mann Foundation grant and has been nominated for two Pulitzer Prizes. Her photographs have been published by The New York Times, Paris Match, The Guardian, Time, Newsweek, Der Spiegel, Die Welt, UNICEF, the New York Post, and others. In 1976, Graubard produced, directed, and edited films of Talking Heads and the Ramones. Her work is included in the collections of The Bronx Museum of Fine Arts, The Whitney Museum, and others. Her work is featured in Greater New York (2021) at MoMA PS1, and solo exhibitions include Random Access (2019) and Take a Picture It Lasts Longer (2018) at Office Baroque, Brussels, Jungle at JTT (2015), and The Doll Hospital at Anthology Film Archives (2010).
228pp, 160 × 205 mm, 130 photos Extended texts by the artist Section-sewn softcover with painted black edges ISBN 978-1-912719-36-5   April 2022
Posted in America, Balkans, Documentary Photography, Europe, Photobook, Photography - All, Photojournalism, Politics, Russia and tagged American Photographer, American photography, Balkan Wars, Brad Feuerhelm, Don McCullin, Gilles Peress, Loose Joints, Photobook, photobook review, Post-Event Photography, Robert Capa, Robin Graubard, War Photography, Yugoslav Wars.