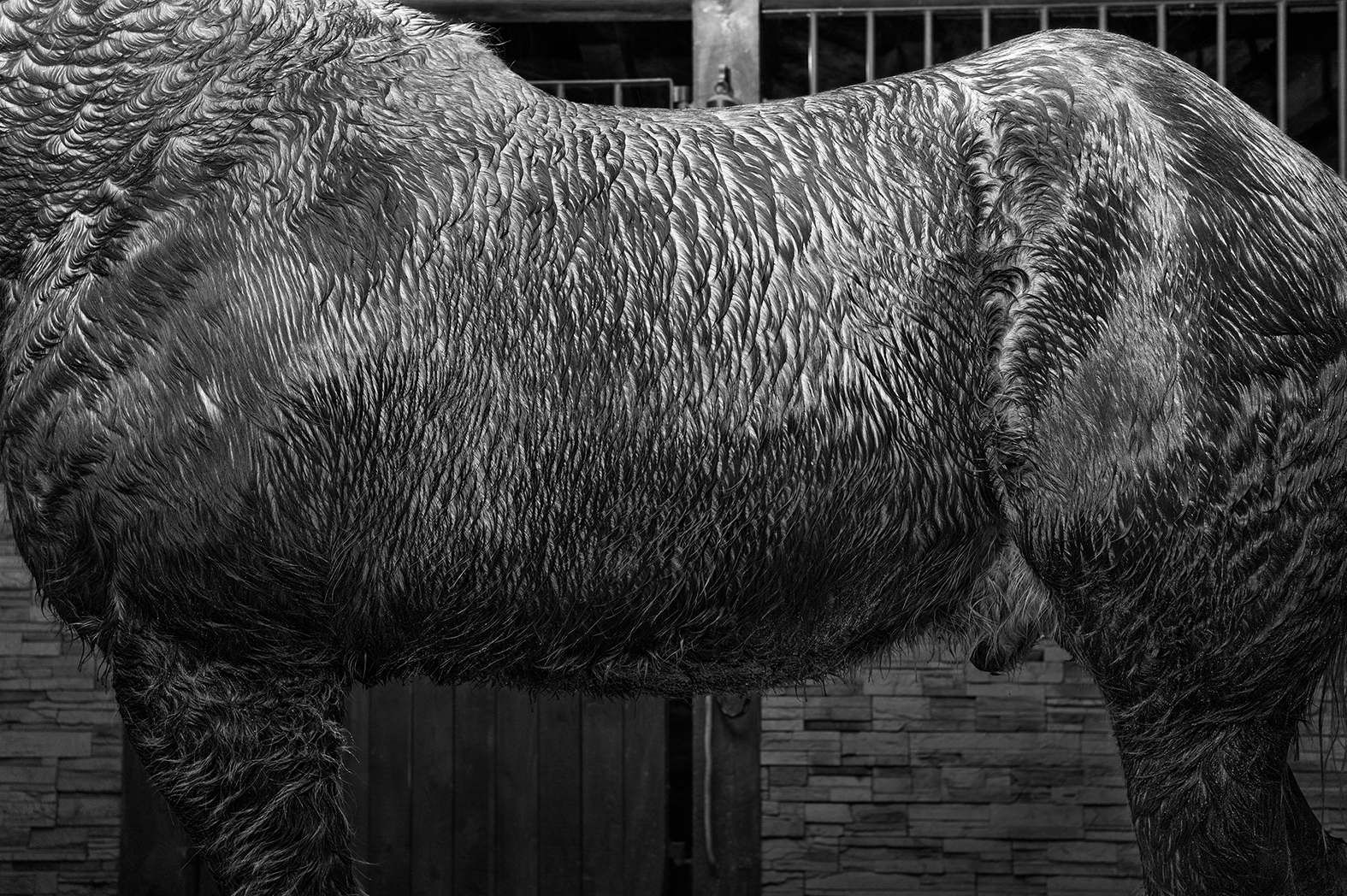 Alessandra Sanguinetti Some Say Ice MACK/Magnum Photo
A girl plays the piano convincingly. Another different girl, spotlit, plays a different piano, slightly less convincingly. Steam rises from a river, possibly black, convincingly. A buffalo mourns Its condition confined between fences during a winter snowstorm, most convincingly. A man’s hands clean a six-shooter pistol, and I am reminded of a William Eggleston photograph of what could be the same man 40 or so years prior, but I know that it is not. I am unconvinced. A girl’s first-year high school basketball team poses for a photograph, and a soft flash illuminates their bodies. They remain neither posed nor unposed, convincingly. A burnt bible is given as an offering, as is a fawn, unmarbled. Both are served like an imaginary meal, a consumptive matter for ingestion…

… Some Say Ice is not devoid of humanism. Still, there is something uneasy lurking under the surface of the images that I can only ascribe to as The New Gothic-a tendency in contemporary photography also found in the works of Tereza Zelenkova, Paul Guilmoth, Asger Carlsen, Dylan Hausthor, Eli Durst, Elena Helfrecht, Teri Varhol, Alexander Binder, and perhaps less obviously, to Alec Soth’s Songbook-a title that I have always found slightly uncomfortable in all the best ways. This tendency in Sanguinetti’s work supports a fairytale-like and uncanny atmosphere where a sleeping or taxidermied fawn slumbers forever, and an examination of a horse’s hooves bears more the palpable strike of the farrier’s hammer than it does the living and animated horse itself.

…I also enjoy Sanguinetti’s use of hands as an architectural element throughout the edit of the book as they repeat at intervals and become more and more damaged through the edit. They begin with guns and end in amputation, or severance-the suggestion of breakdown or decay is a very clever ungirding within the work… 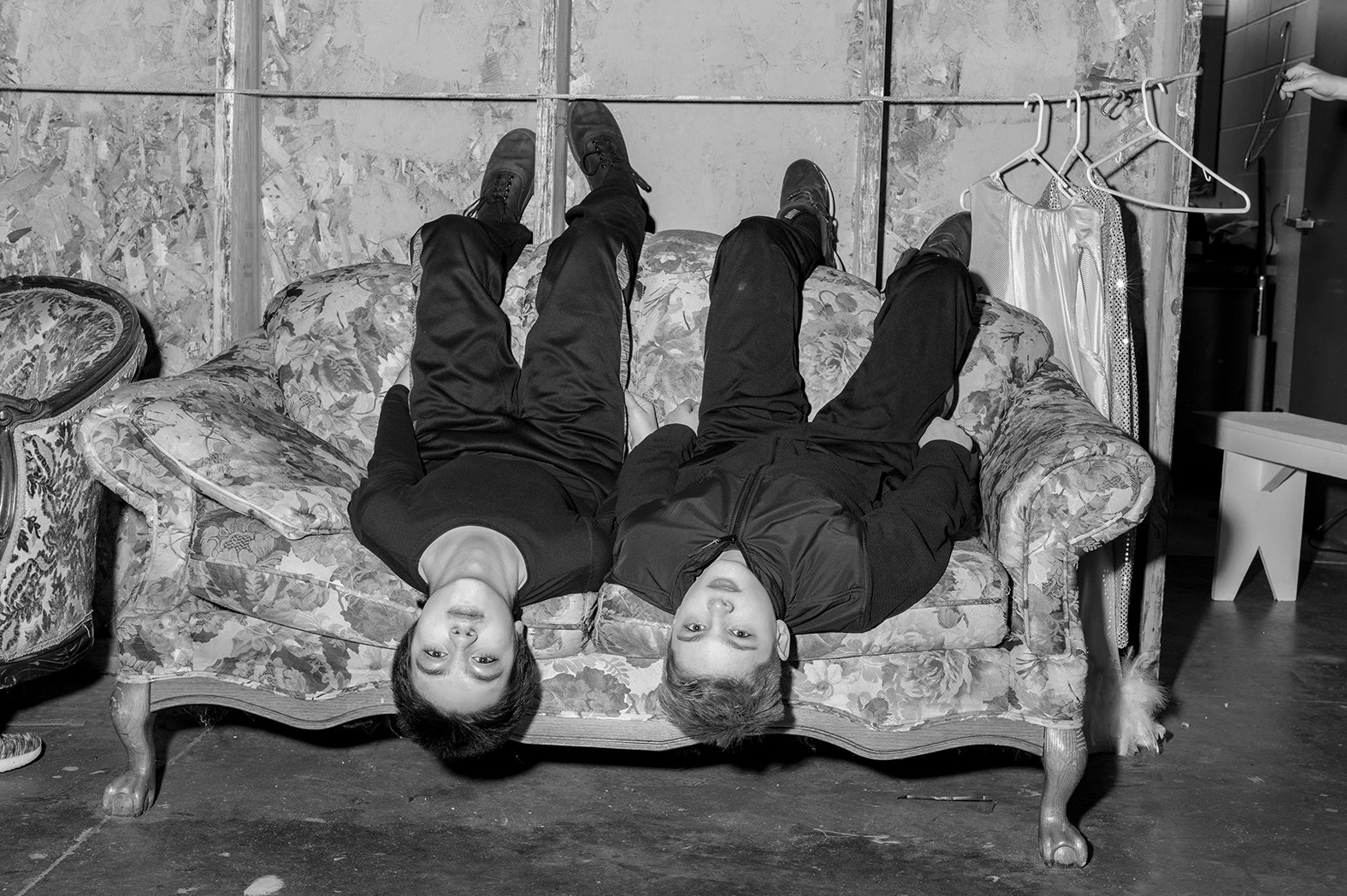 Since 2014, Alessandra Sanguinetti has been returning to the small town of Black River Falls in Wisconsin, creating the photographs that would come to form the stark and elliptical series Some Say Ice. The same town is the subject of Wisconsin Death Trip, a book of photographs taken by Charles Van Schaick in the late 1800s documenting the bleak hardships of the lives and deaths of its inhabitants. Sanguinetti first came across this book as a child, and the experience is engraved into her memory as her first reckoning with mortality. This encounter eventually led her to explore the strange relationship of photography and death and ultimately to make her own visits to Black River Falls.
The austere, sculptural scenes and ambiguous, uneasy portraits that make up Some Say Ice depicts a place almost outside of time. Presented unadorned by text or explication, the photographs are touched with the spirit of the gothic as well as the unmistakable tenderness familiar from Sanguinetti’s series The Adventures of Guille and Belinda. By bringing undercurrents of doubt and darkness to the surface of her images, Sanguinetti alludes to things absent or invisible, playing on atmospheres both real and imagined, as well as the ghostly possibility of undoing death through the act of photography. With its title inspired by Robert Frost’s famous poem equivocating on how best one’s inevitable death might be met, Some Say Ice is a humane look at the melancholic realities underpinning our lives, seen with glacial clarity by one of the world’s foremost photographers.
Buckram hardcover with tip-ins front and back 28.5 x 30.5 cm, 148 pages
ISBN 978-1-913620-71-4 September 2022
Posted in America, Contemporary Photography, Documentary Photography, Found Photography, Historical Photography, Magnum Photographers, Photobook, Photography - All, Vernacular Photography and tagged Alec Soth, Alessandra Sanguinetti, Alexander Binder, Amy Arbus, Asger Carlsen, Black River Falls, Brad Feuerhelm, Charles Van Schaik, Chauncey Hare, Contemporary Photography, David Lynch, Diane Arbus, Dylan Hausthor, Elena Helfrecht, Eli Durst, Grapevine, Joanna Piotrowska, John Szarkowski, Jordan Peele, Mack, Magnum, Magnum Photos, Michael Lesy, Paul Guilmoth, Photobook, photobook review, Susan Lipper, Teri Varhol, The New Gothic, Wisconsin Death Trip.