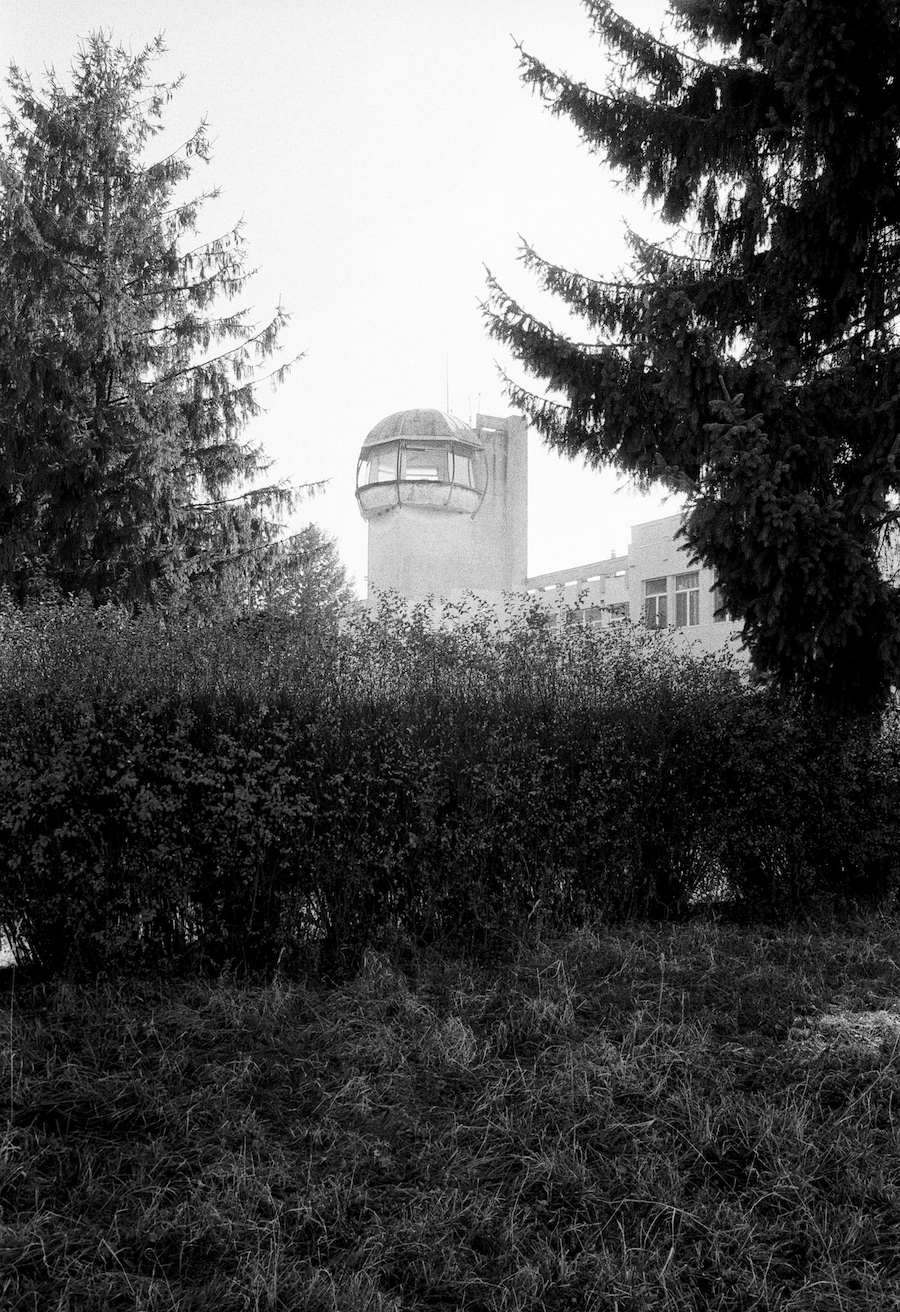 Infrastructure and industrial sites offer an abstract alternative to the everyday environment. Though most of the sites associated with infrastructure remain hard to visit for various reasons, most of which deal in “security” issues, their strange form and dispossession of people in general terms make their profiles eerily desirous to photograph. There is a pull towards sites of industry that remain mostly unoccupied. The lack of people make their architecture a double-draw as it allows for making images of the “thing itself” as opposed to the “scene” it can become when littered with people using it. 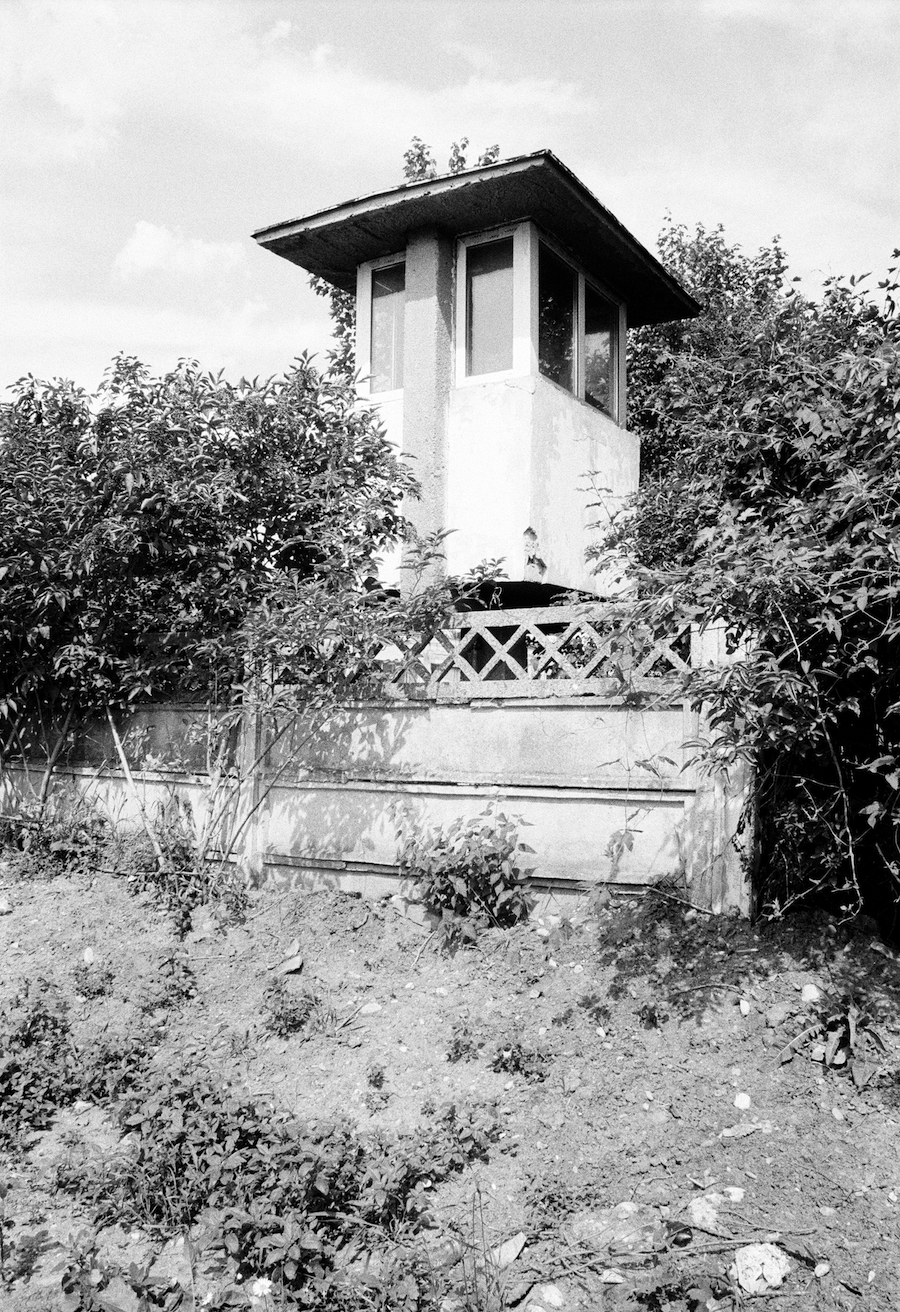 I think of airports as sites of industry and public utility. Most of the time, we are using the site of an airport for the purposes of coming and going and have little access to the larger expanses or nooks and crannies of their planning. There is a whole world beneath the tarmac which caters to the infrastructure of the terminals and the transport mechanics needed to operate the site with proficiency. These spaces around and under the public portion of the airport are often strange cavernous areas. In these spaces one needs security clearances and a stooped resolve to manoeuvre the courses of hallways and crawl spaces in this strange and somewhat otherworldly environment. One begins to imagine these strange spaces from the point of a Sci-Fi movie or perhaps a classic espionage film. Rarely does one get access to these areas. 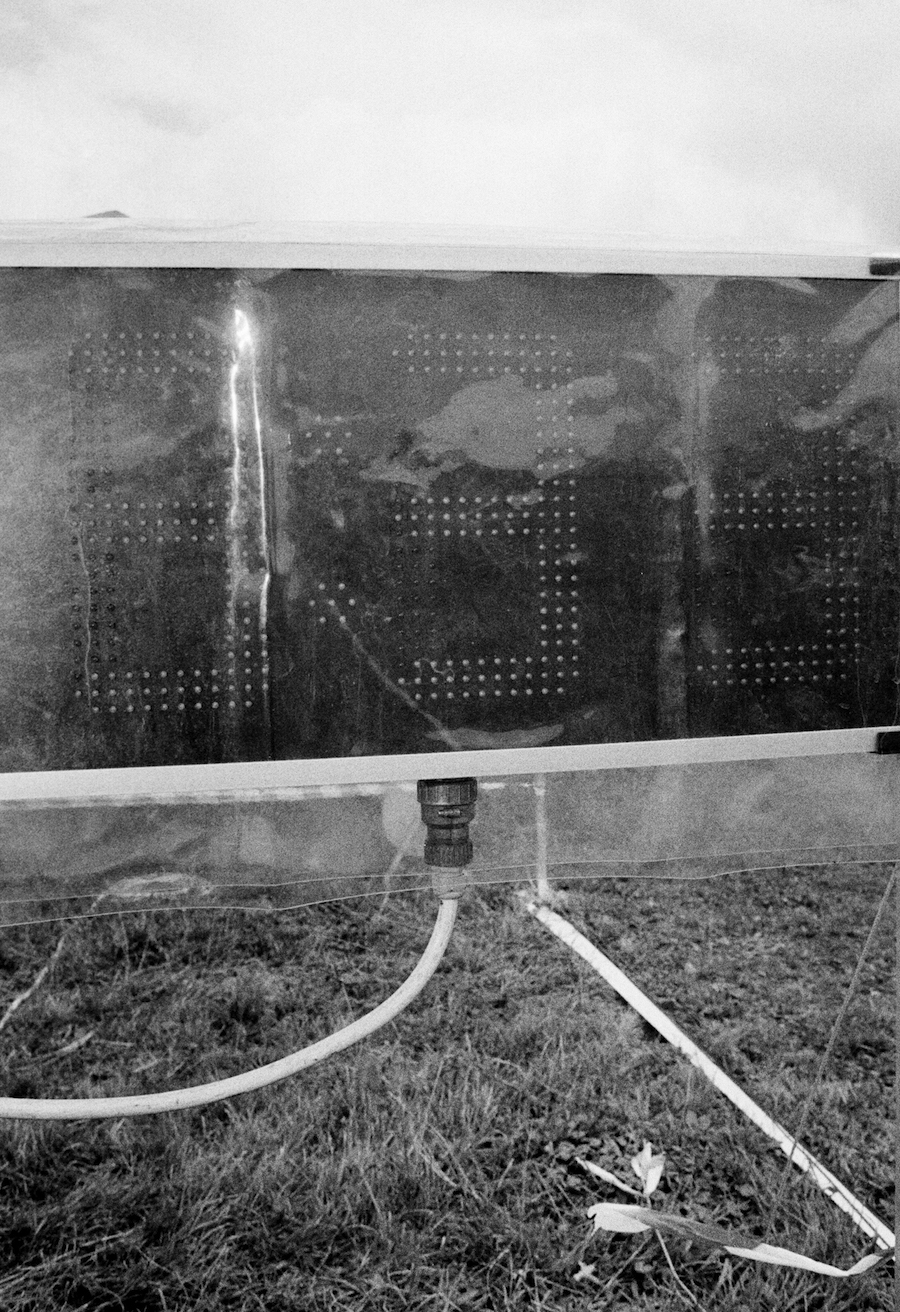 The top side of an airport can be equally strange. It is at once expansive with its runways and takeoff tarmac. It is also strange as outbuildings act as indicators of sculptural form that register metrics such as runway length and light boxes pock-mark the area for incoming planes to navigate. In use, they are not so strange, but in the desolate landscape of viewing an airport not in use, they become strange totems-silent devices awaiting a function. The tarmac itself is a painterly delegation of tire markings and lane paint that delivers the landed airplane to its destiny. From an aerial view, these markings and painting lines resemble an odd ab-ex painting if put into segment-a lost Twombly, Kline or Motherwell perhaps. 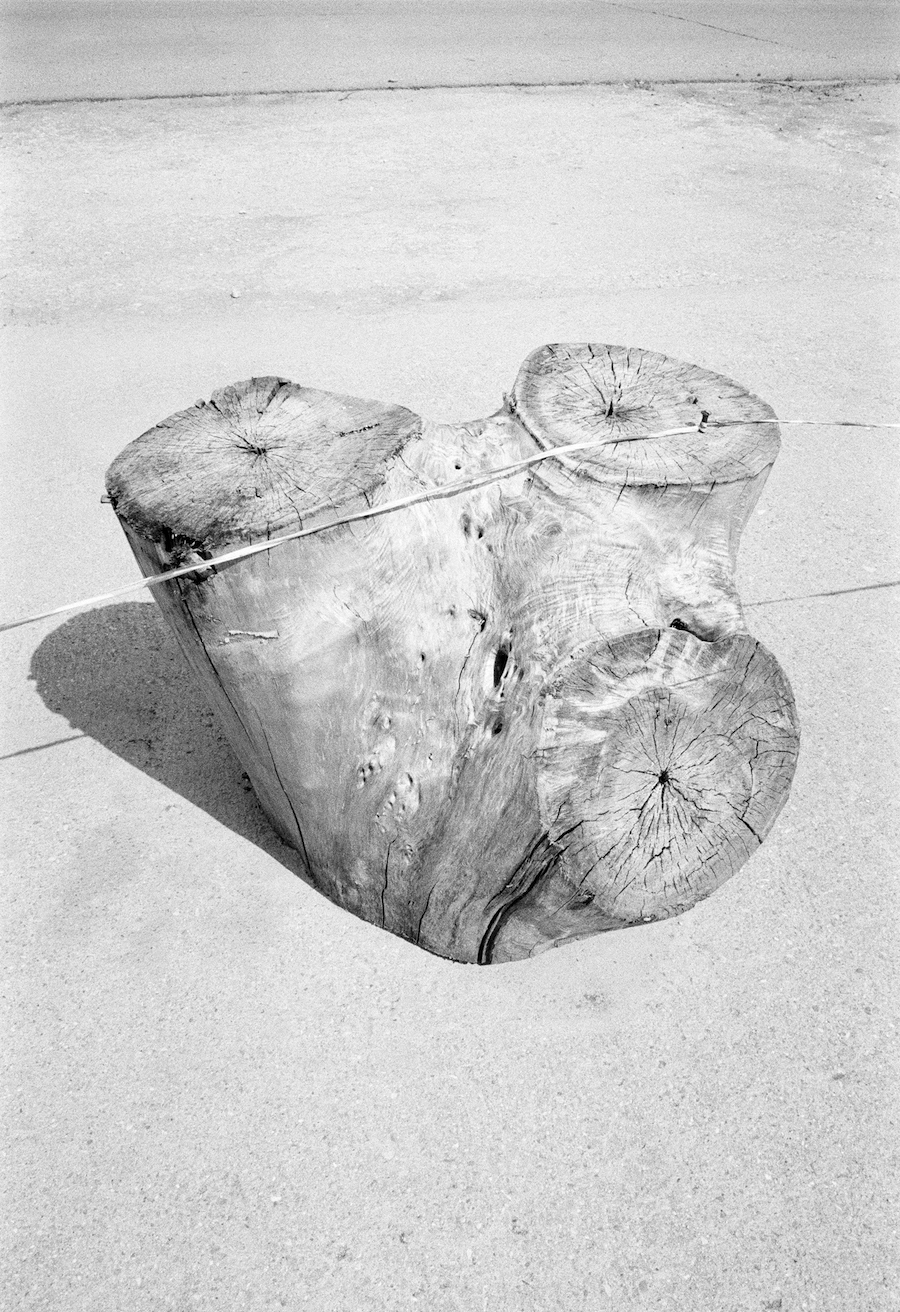 Mihai Șovăială’s Holding Pattern is a photobook about one airport in Brasov, Romania that has been stuck in a moment of relative stasis since 2014. Between 2017-2019 Șovăială photographed the airport from the runway and from the oblique hinterlands along the barbed wire fence which had been employed to keep casual observers of the airport at bay. As the airport itself underwent a number of challenges to its opening, it became a local fixture of inactivity and incomplete thoughts, ideas and un-fulfilled progress. It is the first airport to be built in post-communist Romania and represents all of the hopes that have accompanied an expansion into capitalism and new economies-and yet, it dwells without activity. It has suffered setbacks with planning and land expansion for the runways. It appears that this has been solved and allegedly it will be opening in the summer of 2021 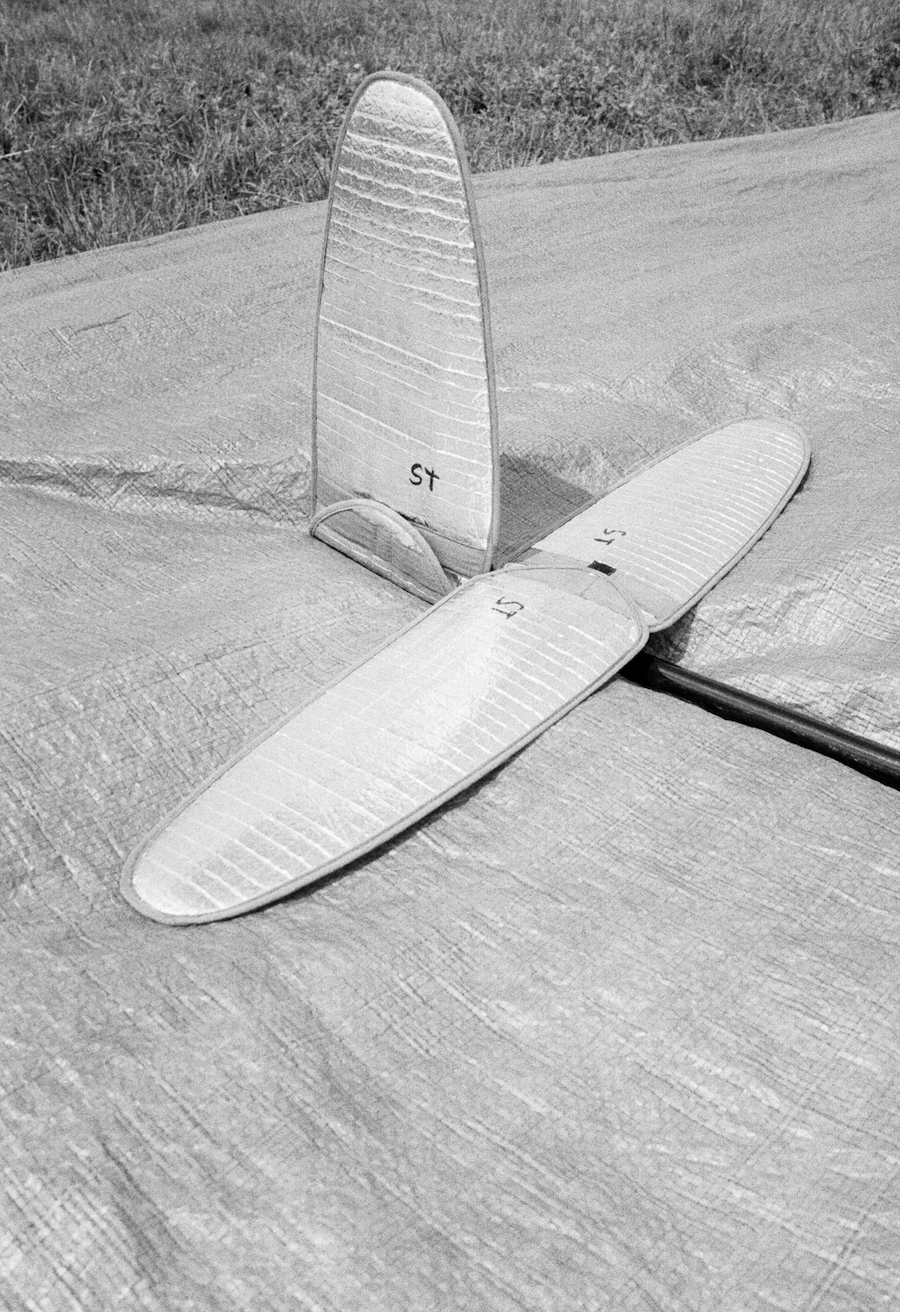 Șovăială’s images of the land surrounding the airport itself act as playground in which all of its proposed use, the building materials, the out-buildings etc. are formed as sculptural considerations in the artists work. This creates a space for a grander annotation of Brassai’s method of photographing what he termed as Involuntary Sculptures in the early 1930s in that there is a heavy emphasis on material both singular and stacked and the utility of the airport/background/site itself becomes secondary. On the grounds of surrealism, one can also note, as with every monochrome aerial image, the passing resemblance to Marcel Duchamp and Man Ray’s Dust Breeding from 1920. Its an easy reference and perhaps James Wallace Black’s 1860 aerial view of Boston is better suited. There is also Nadar’s similar balloon studies of Paris to consider. 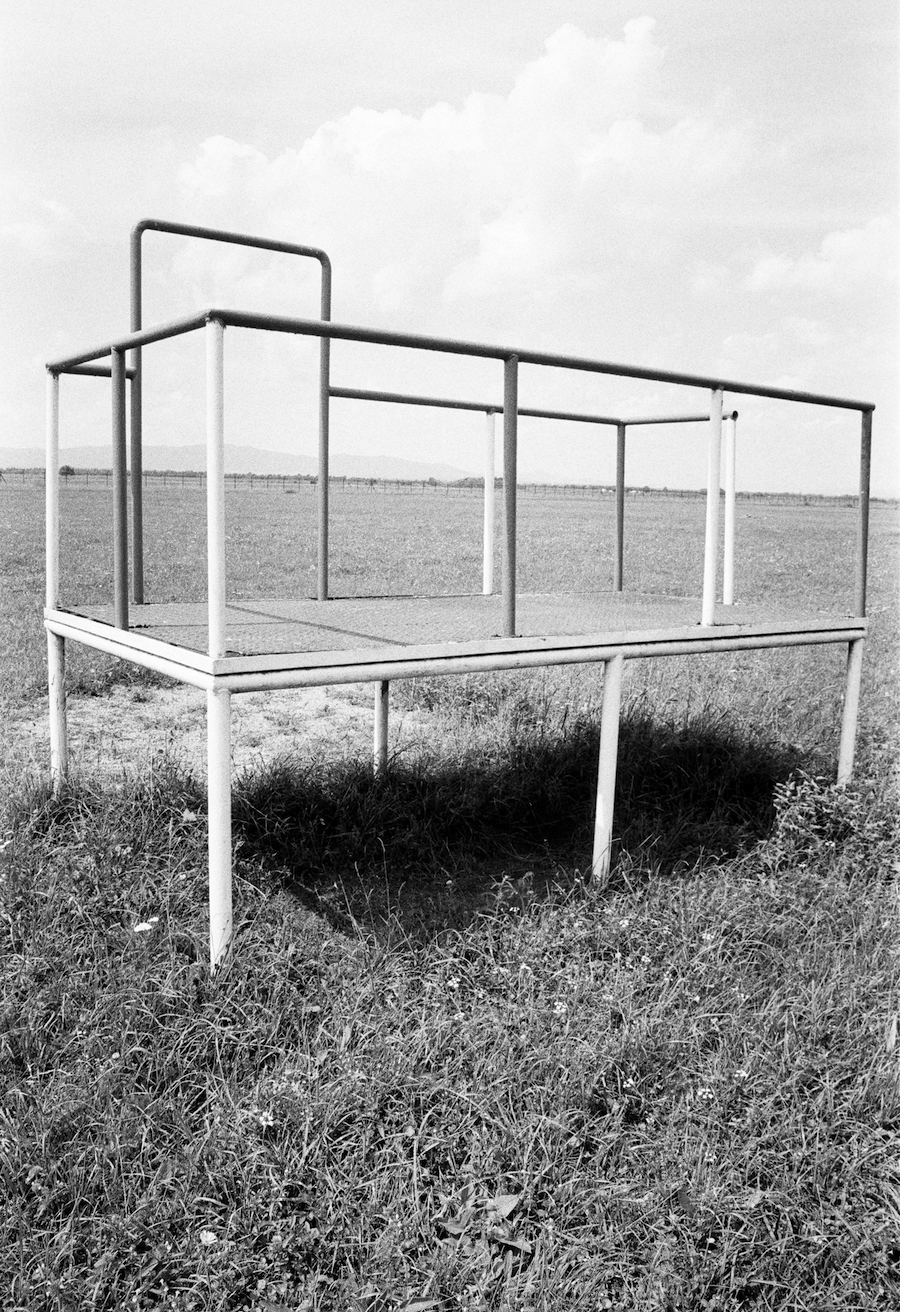 There is also the palpable sense of waiting in Șovăială’s images worth noting which is perfect given the airport site/subject itself. This waiting game considers not only how most of us are accustomed to our stays in airports, but also the artist’s and local populations sense of economic waiting. The pieces of infrastructure that the artist has photographed, some in decay and in disrepair instead become emblems of mediation on place, industry, economy and the promises of a change of ideological format to be completed. It is a very interesting portrait of a place and by extension, a people. In contemporary reference, I might suggest a kinship to both JH Engström’s CDG and Beate Gütschow’s S. In literature, J.G. Ballard seems a pliant resource. Richard Long’s sculpture an equally interesting symbiotic note. 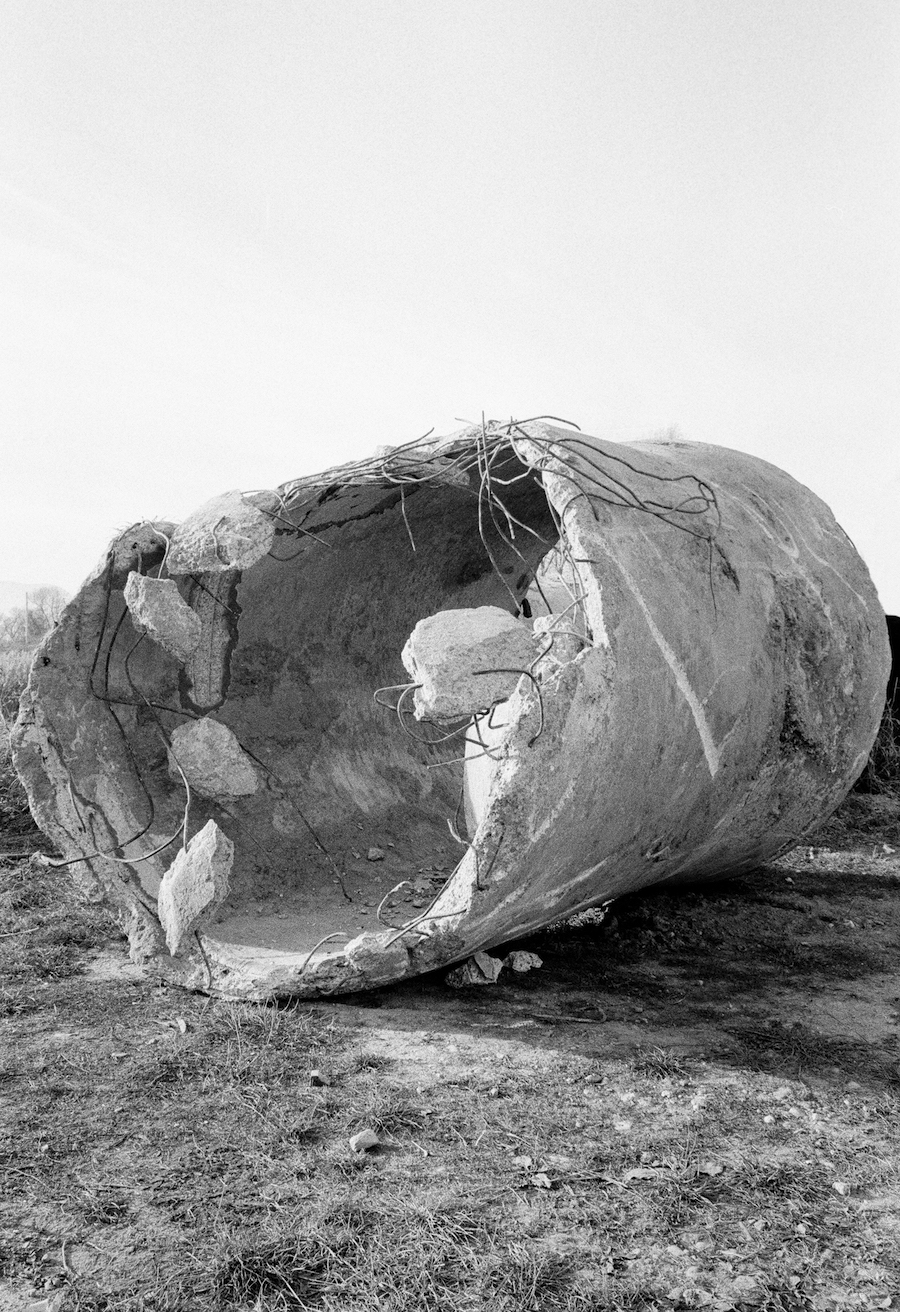 I would be remiss of me not to note that I cannot help but feel some anxiety persisting in the images. I do not know if it is the decay previously-mentioned in some of the concrete or the runway itself or if its this constant agony of waiting evidenced by piles of rock etc., but something feels amiss, perhaps even like an uncanny first reading of a Lynch film. I am reminded of the last scene of Heat in which Robert De Niro and Al Pacino have their fatal gun battle on the sidelines of the airport runway and in the flaring field of landing lights. In that film, you also feel the sculptural heft of shipping containers and utility/electricity boxes as the hero and anti-hero hide from each other’s bullets-their shadows playing a F.W. Murnau-like game of cat and mouse until the final conclusion (and handshake) is reached. 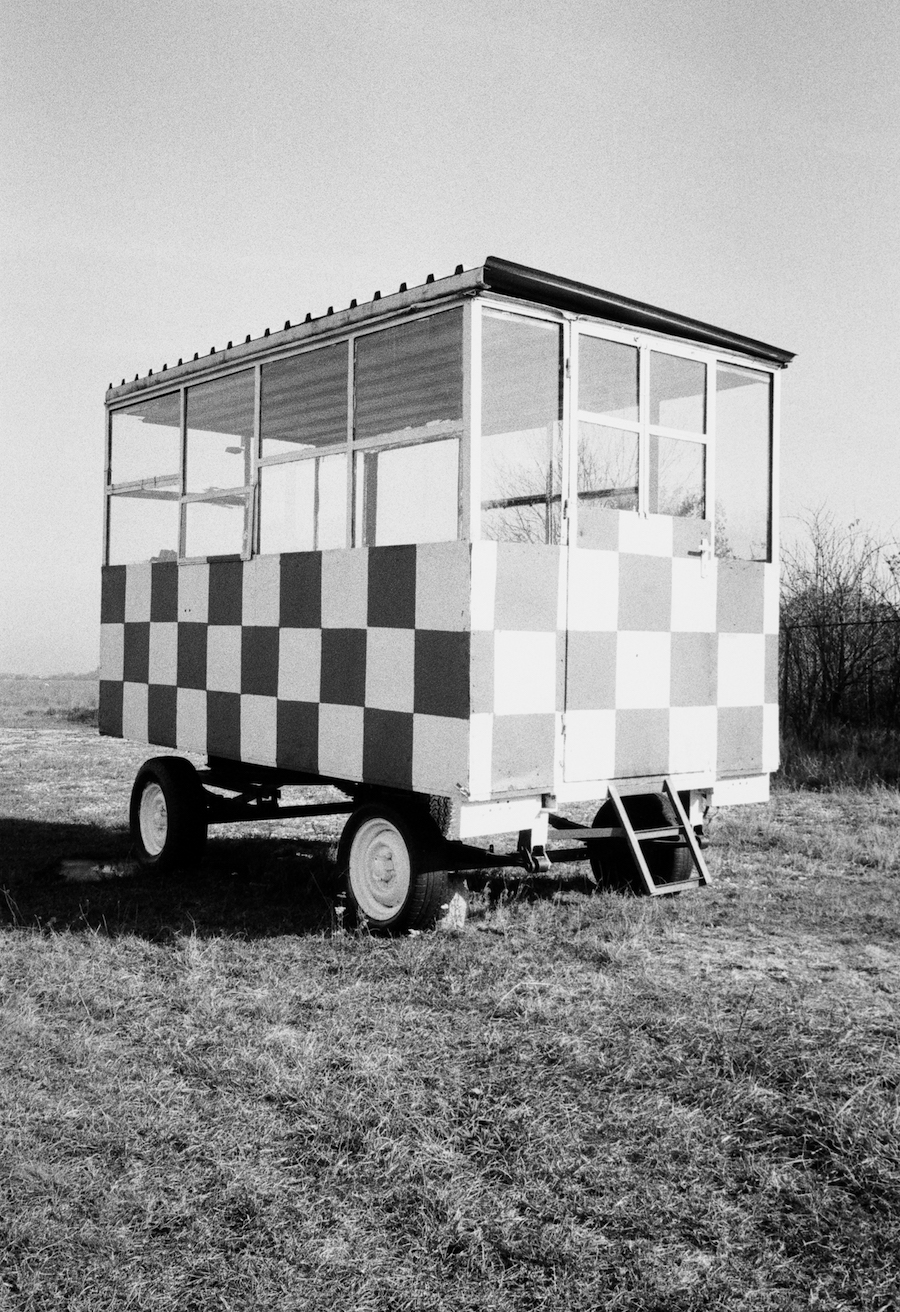 All in, Șovăială’s work is not cinematic, but rather, it is sculptural and frenetic in a different way. The images within are pulled apart by a slight digital distortion. I cannot tell if it was intentional or not, but it adds a gritty layer to the images that make them vibrate and somehow uncomfortable. I have used this technique in my own work to cast doubt within the digital surface of an image. It could be a printing issue, but it provides an extra layer to the work intentional or not. It is an interesting book and fans of Robert Adams, Pino Musi and perhaps Eva Hesse who might/might have enjoyed the work. Worth noting is that Șovăială has also studied under Joachim Brohm whose work as an artist and educator are incredibly important. Recommended. 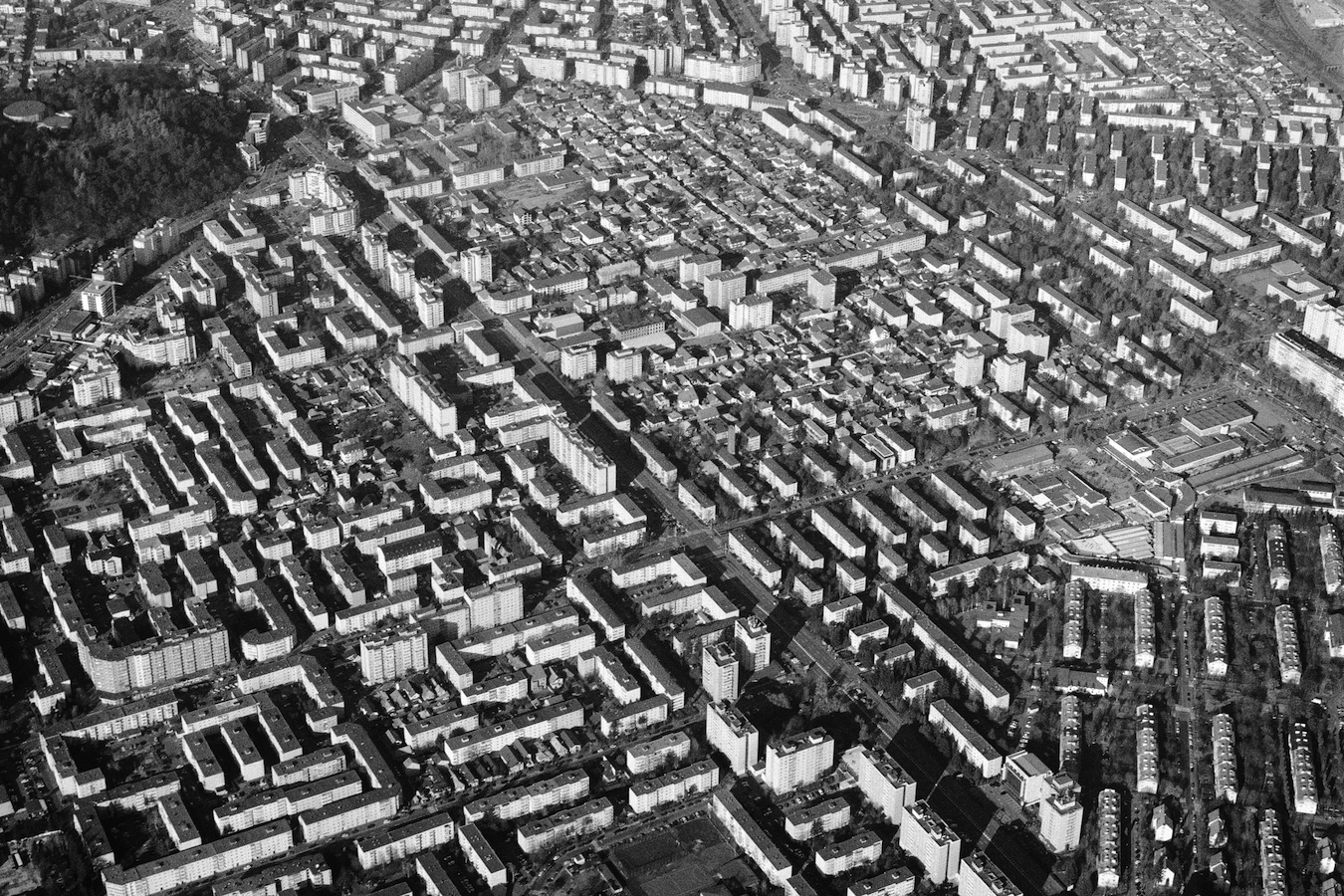