“Berlin’s character is not in its facade, but rather its margins”

Berlin’s legacy of the wall and the legacy of the war mark its facade and its imperial history like a pock-marked child whose scars were never allowed to heal due to the constant re-opening of their scabrous surface. Berlin is a city in which things inevitably collapse. Perhaps it is the collapse of Berlin, its implosion on political fronts that weaves the disparate ends of its character together. It would be easy to simply consider Berlin a gloomy mix of post-war hangovers and cinematic moments of drug use, angels etc. but this belies the reality of things. Berlin’s character is not in its facade, but rather its margins. 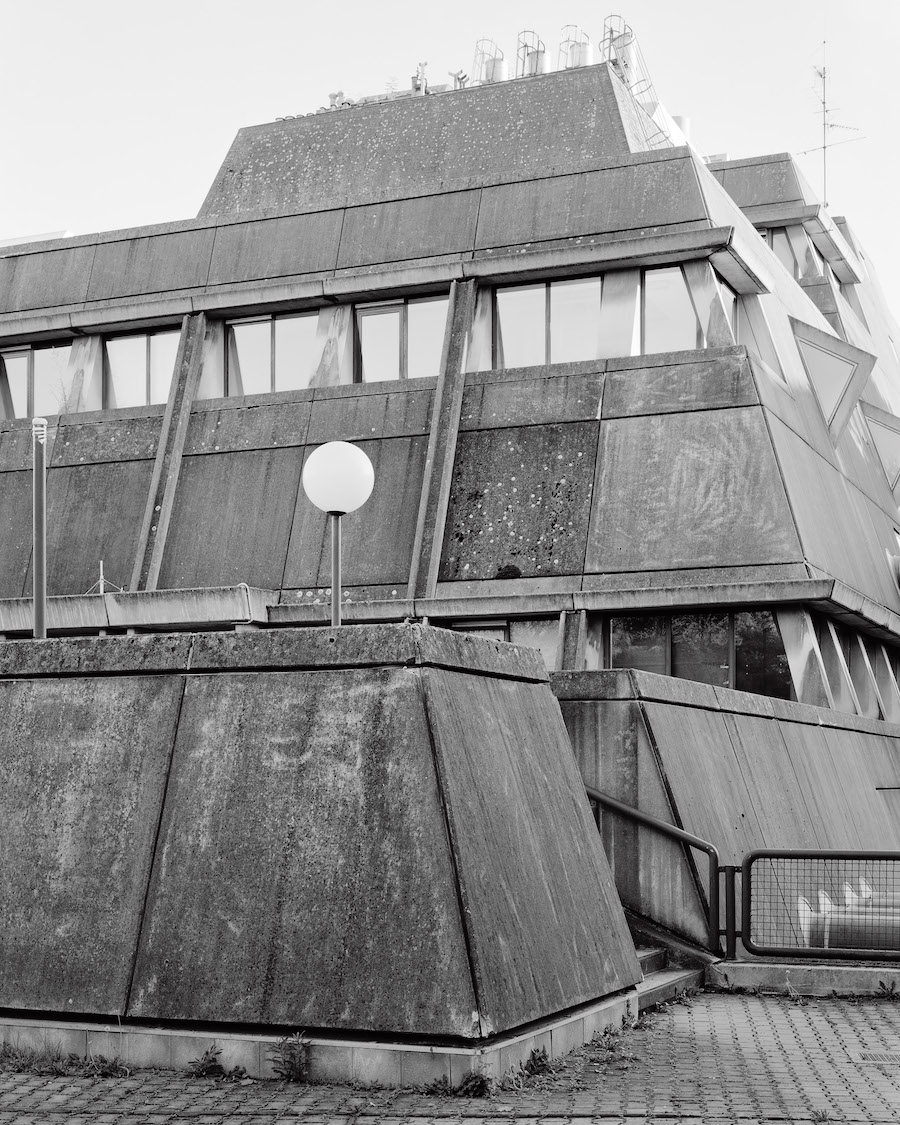 In Andreas Gehrke’s Berlin (Drittel 1/3, 2021), I can hear the skeletal frames of autumn’s discarded leaves scratch across the cold cement curbs lining the street with the slightest utterance of the winter wind on the horizon. The leaves carry, skip and dance their way across cracked surfaces, worn traffic paint and onward from the corner’s of granite doorways past the plethora of “local” super markets whose colourful signs stand in as a bulwark against winter’s oncoming and re-affirming grey. These stores represent nothing but foodstuff and the absence of the actual local in favour of outposts of global homogeneity. They are dressed in an enforced consumer-oriented colour and branding. They appear to cater to the new and the progressive (though twenty years on). Instead, their 1-2 story edifices mark what is missing from the rubble of the 50’s post-war clean up exposing large pockets of architectural ghosts now as glossy plastic throwaway futures. 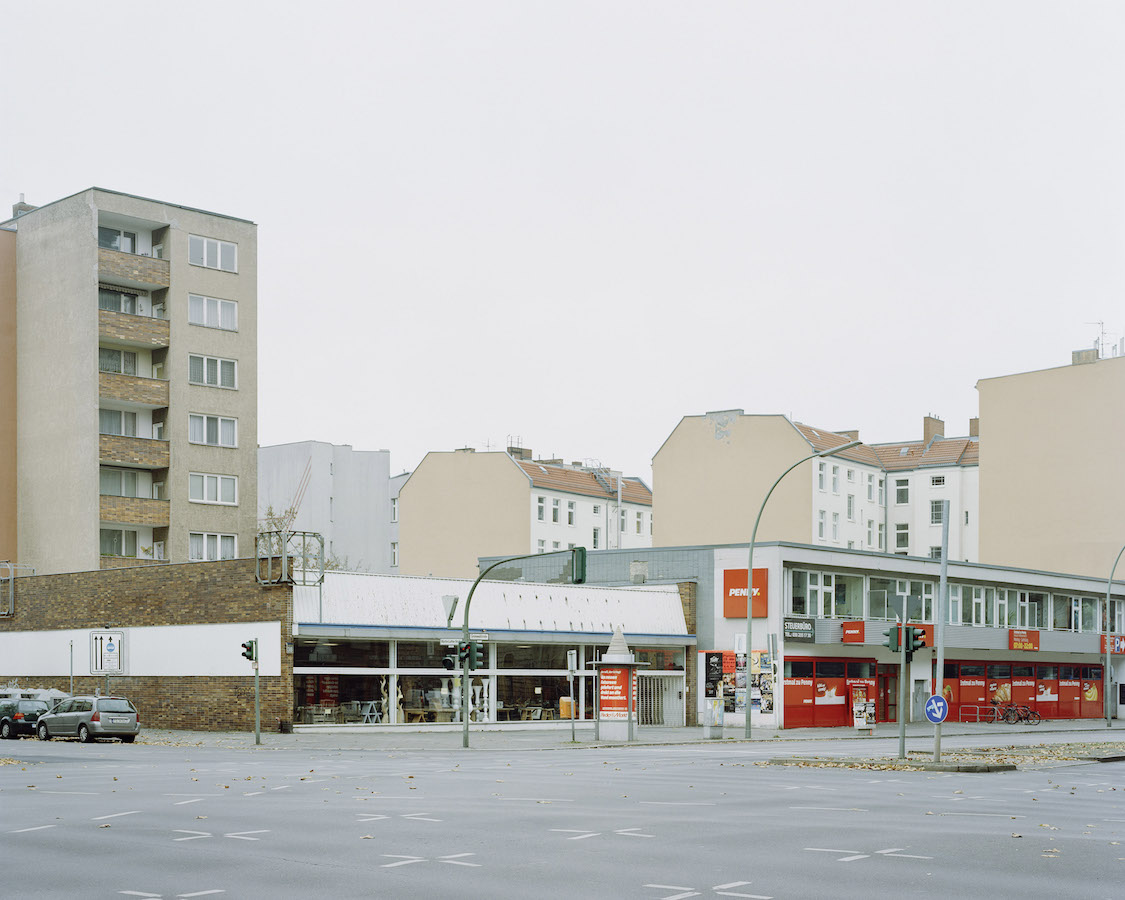 The 90’s and early 2000’s will make for a strange consumer archaeology. Everything progressive was and is so damnably temporary and ages fast without lasting quality. The lebensmittel of yore, the local butcher, the familiarity of trains on the rails are given over to the embracing of the half-life of plastic drinking straws and “free-trade” coffee packaging. Gone are the stone and brick towers of the past whose inner machinations vomit so much smoke, plumed into the air like a fermenting sauna of history, labor and value. Bricks for bricks sake replaced by plastic for the sake of fast trade economies. Presently, a shelter is built along the Spree from empty 2-liter bottles of something looking like Coca-Cola, but instead the packaging reads “Americola” or “Dreamsoda” to avoid and upend lawsuits built on “special taste and secret recipes of flavour”. These vernacular structures lie sequestered along the landscape hinterlands, small wafts of smoke emanating through their third world/first world geographies. 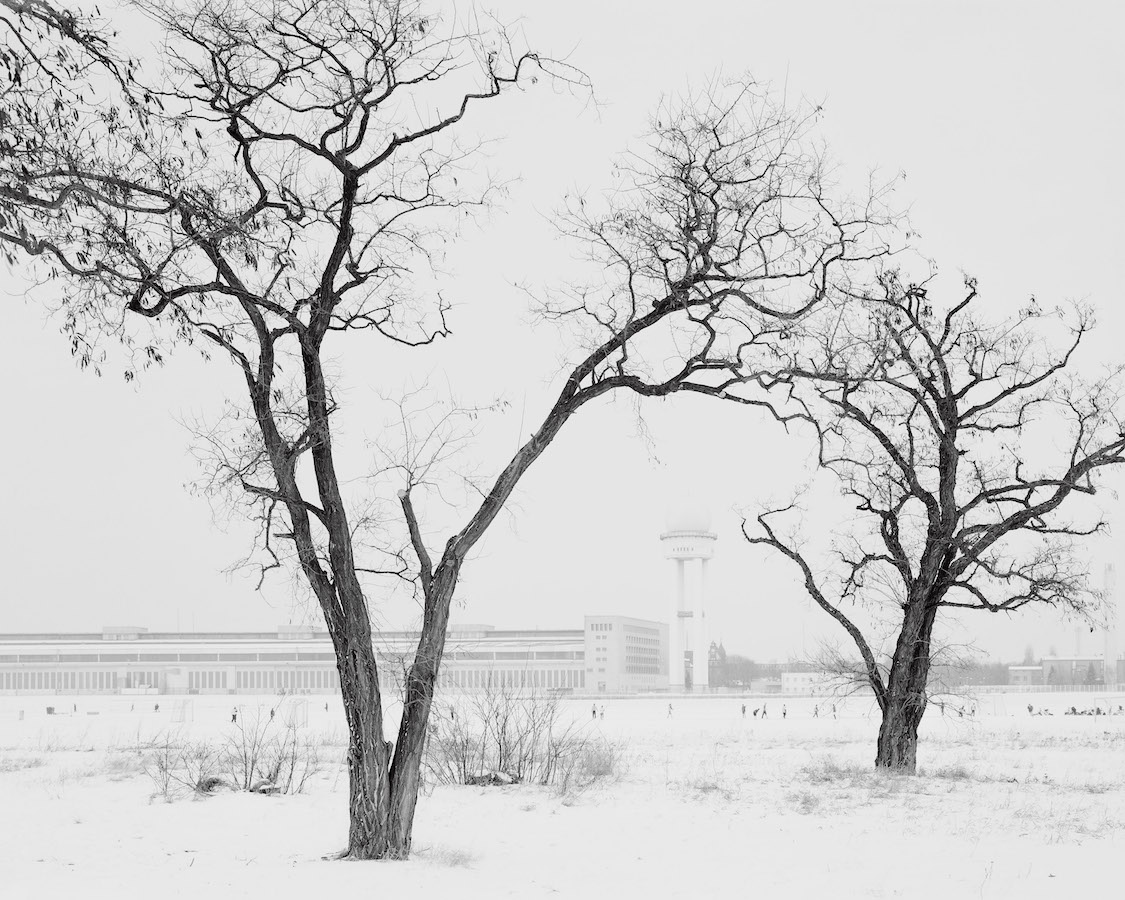 In Gehrke’s Berlin, the manifestations of the past are aided in silence by a slow and considered framing of the urban. Gehrke frames Berlin in a way that feels without much hope (perhaps the wrong word) and yet it does not feel despairing per se. To discuss this is to open up the historical proposition that Berlin has come to represent since its un-manacling of ideological duality. It feels like an indecisive, if not hopeless place which at once considers the moment between the worlds of history and progress. But this is not particularly the drive of the artist and can be left for other books that consider this framing of the city. 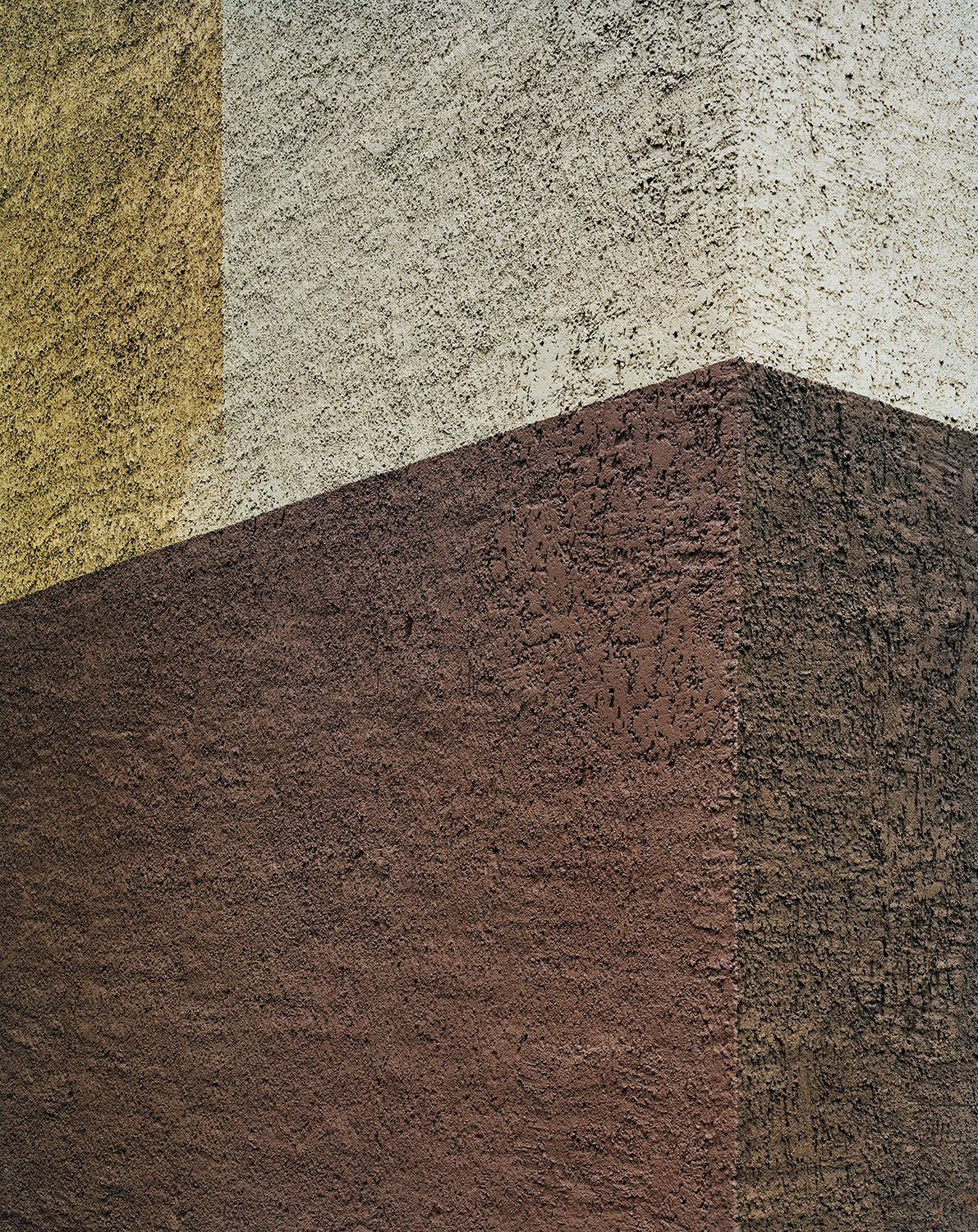 Gehrke’s work is certainly about place and the lack of hope that I had mentioned is  relegated to the absence of people, the absence of activity and the relative absence of direct sunlight. This latter device reminds me of Laurenz Berges 4100 Duisburg, itself an incredible study of silence and a listless framing of a very particular part of the world following decades of spectral invocations of historical mean. In some sense, German unification photography seems to rely heavily on the avoidance of spectacle; and who can blame its denizens for this given the spectacles of the past were so present and overly traumatic. 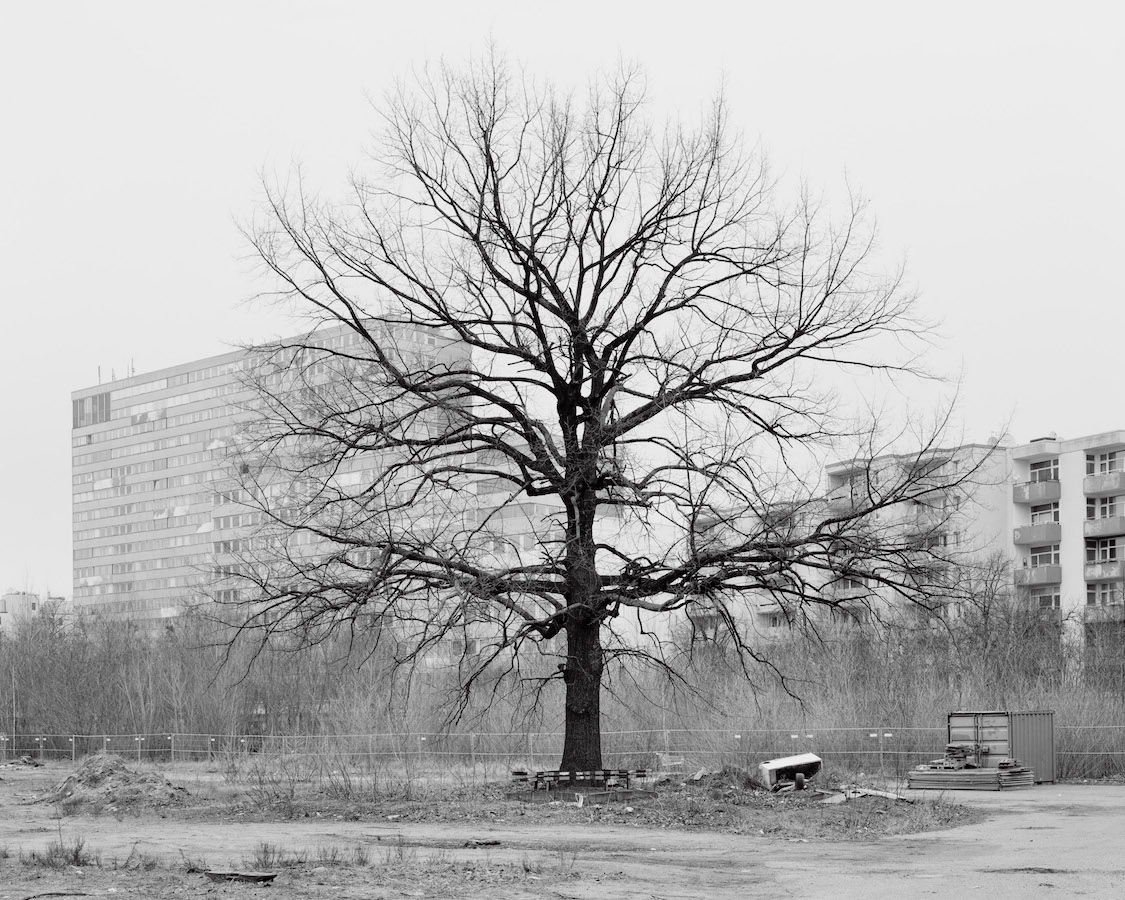 Gehrke, as a native Berliner considers the urban landscape in particulars. He is not fascinated with the historical monument or the simple re-constituting of bullet wounds along the Reichstag’s facade. That is not to say that he is not considering, in reduced terms what architecture and trauma represent. There are elements of this representation within-his photographs of Templehof Airport and the buildings near the Topography of Terror which also make an appearance, but they are subdued and elegant studies in which nature also plays a role in softening their stark potential for direct representation into something looser, less aggrieved. In fact, nature is used throughout the book, like its predecessor Brandenburg to emphasize a meditation in more holistic historical terms. Nature suggests something older than concrete, that it thrives and shrouds, like the wrappings of Christo and gives us pause to consider a fuller timeline of events when placed on a city like Berlin whose thousands of years of history seem sandwiched into roughly fifty divisive years. And like nature, new life and architecture spring up to replace what is lost or left to decompose. New forms arise to defy stasis. 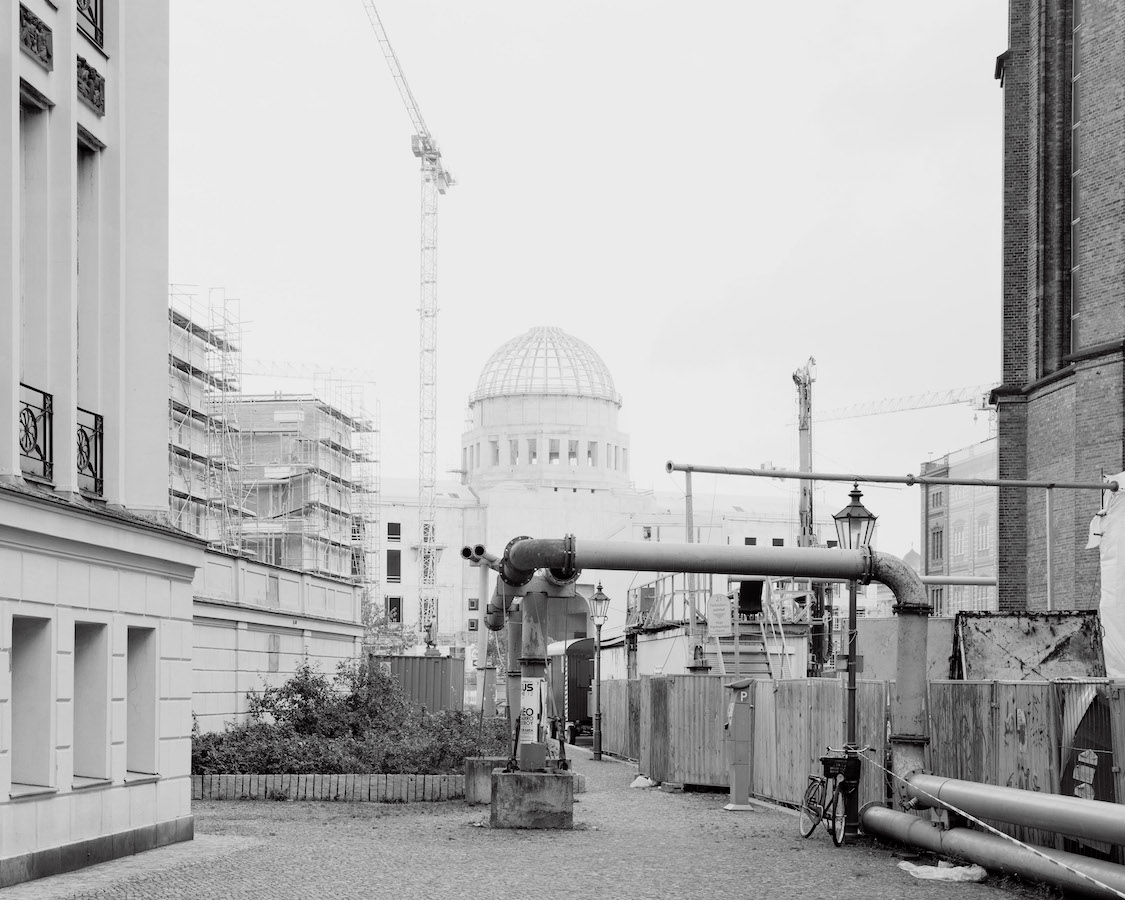 Throughout the book, there is an emphasis on formal arrangements. Some of the work feels painterly in the Abstract sense-as if Josef Albers (form),  Carl Andre (material) or perhaps Giorgio Morandi (color) had found some use of the city anachronistically. These details confront the viewer and compress their ability to look elsewhere. I consider this photographic compression. It is not related to depth of field per se, but rather an enforcement of looking. It does with an axe what people always desire to see of the scalpel. It does not allow one to look sideways or into the dreamy distance. It compresses the viewer to confront a very exacting use of space. You can think metaphorically of being summoned to view the photograph with a head vice or like our favourite droog Alex in Clockwork Orange when he is forced into visual re-education. Both of those examples err on the heavy-handed and sound dis-favourable, though they are not enlisted as such. I enjoy this way of looking. I see it as a plane of which to empty out. Instead of the continual and frenetic pace of images, I find this enforced minimalism soothing and a way in which I can pause the noise of images if only for a moment before turning the page. 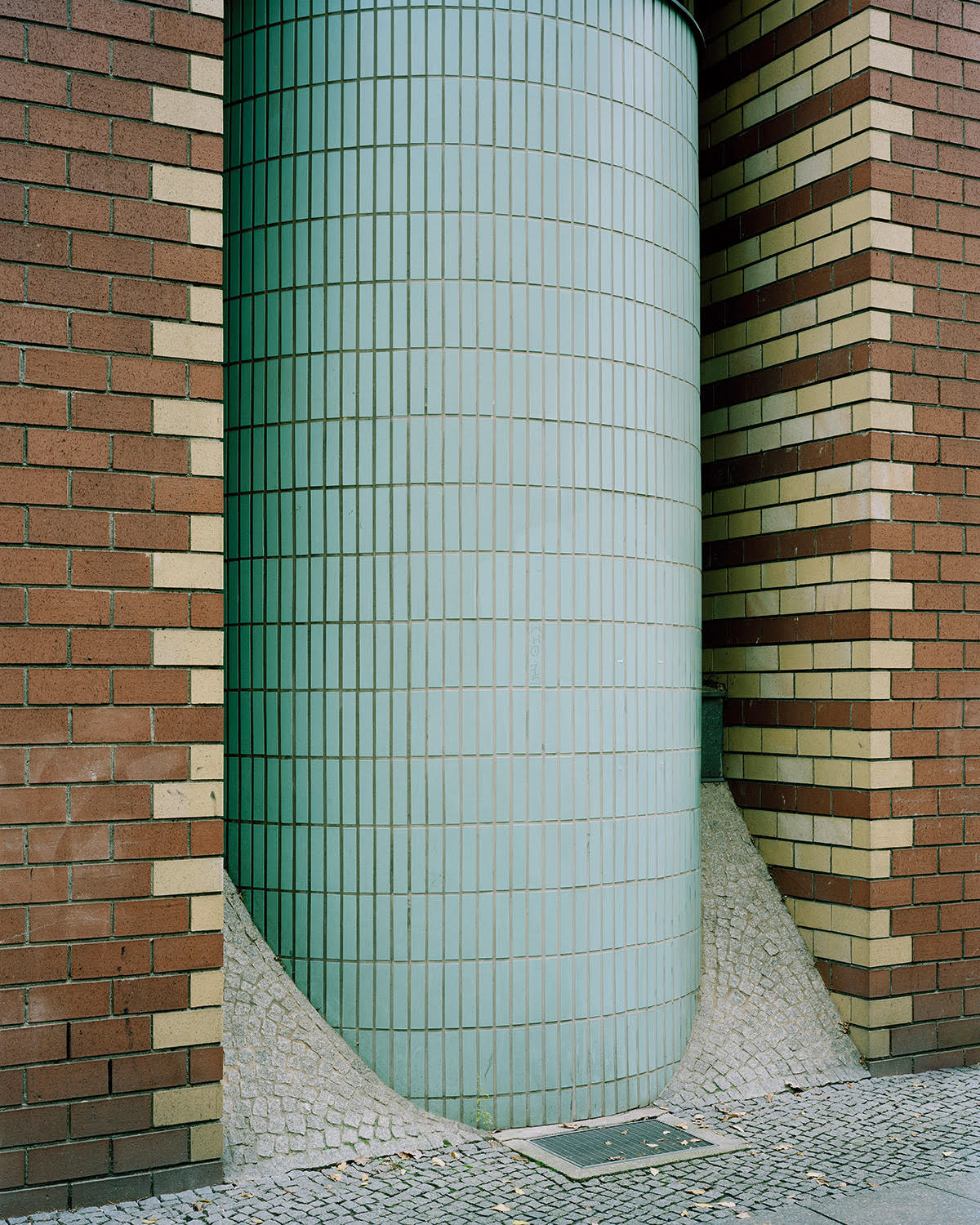 “You can think metaphorically of being summoned to view the photograph with a head vice or like our favourite droog Alex in Clockwork Orange when he is forced into visual re-education. Both of those examples err on the heavy-handed and sound dis-favourable, though they are not enlisted as such”

Throughout the book, there are “busier” scenes of construction, again without people. The city takes on the feel of a never-ending citadel on occasion in which the construction zone, its detritus and utility. There are also the aforementioned areas in which Gehrke uses foliage to abstract particular buildings, which does “busy” the scene immensely for the eye to wander over details, to ask what the image is of, what it represents etc. All of these leads are somewhat immaterial unless you are familiar with the frontier in which Gehrke is involved, which is perhaps noted somewhat as his home. Gehrke’s ability to wade in and out of familiar territory within such an environment and to avoid spectacle, cliches, people and confusion is what makes this book quite special. Like Hans-Christian Schink’s work, there is a tremendous value in eschewing people and activity for a solemn inquest of space. It also does much to alleviate the author of a currency of trafficking the portrait of citizens. 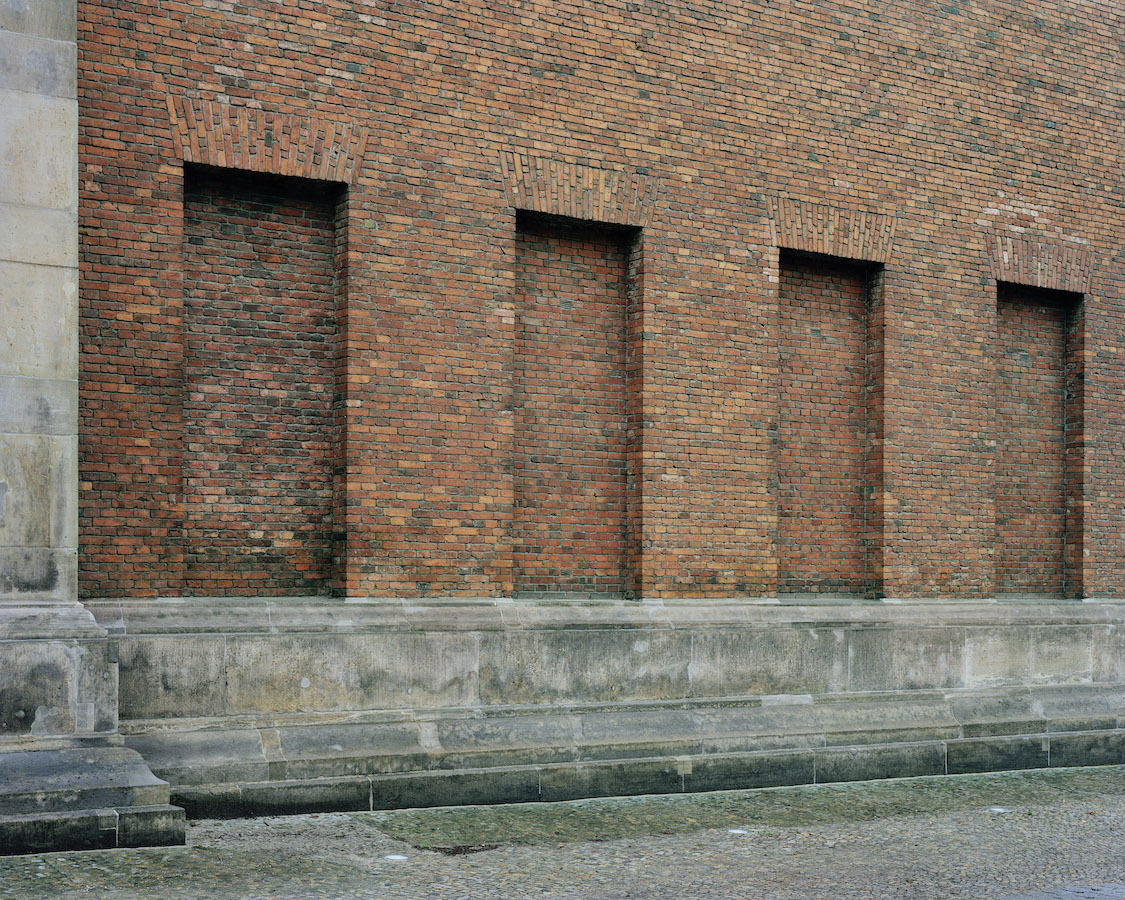 Gehrke is a prime example of an artist working with something familiar who understands its innate positioning on the global stage of reading its terrain. He does not give into stereotype and instead considers the multiple ways in which the city can be read both by outsiders and natives. It is a book without much political comment and yet, like all books of reunification Berlin, it would be impossible to look on without tipping one’s (imagined) hat to its ghosts. This will be one of my pics for the year. It is jostling with Mark Powers incredible Third volume of Good Morning, America for top, but tis still early on. This is a book, along with Gehrke’s Brandenburg that every serious photographer of the 21st Century should have on their shelves for its beauty, but also its ability to speak on very important matters quietly and with nuance. HIGHEST Recommendation.