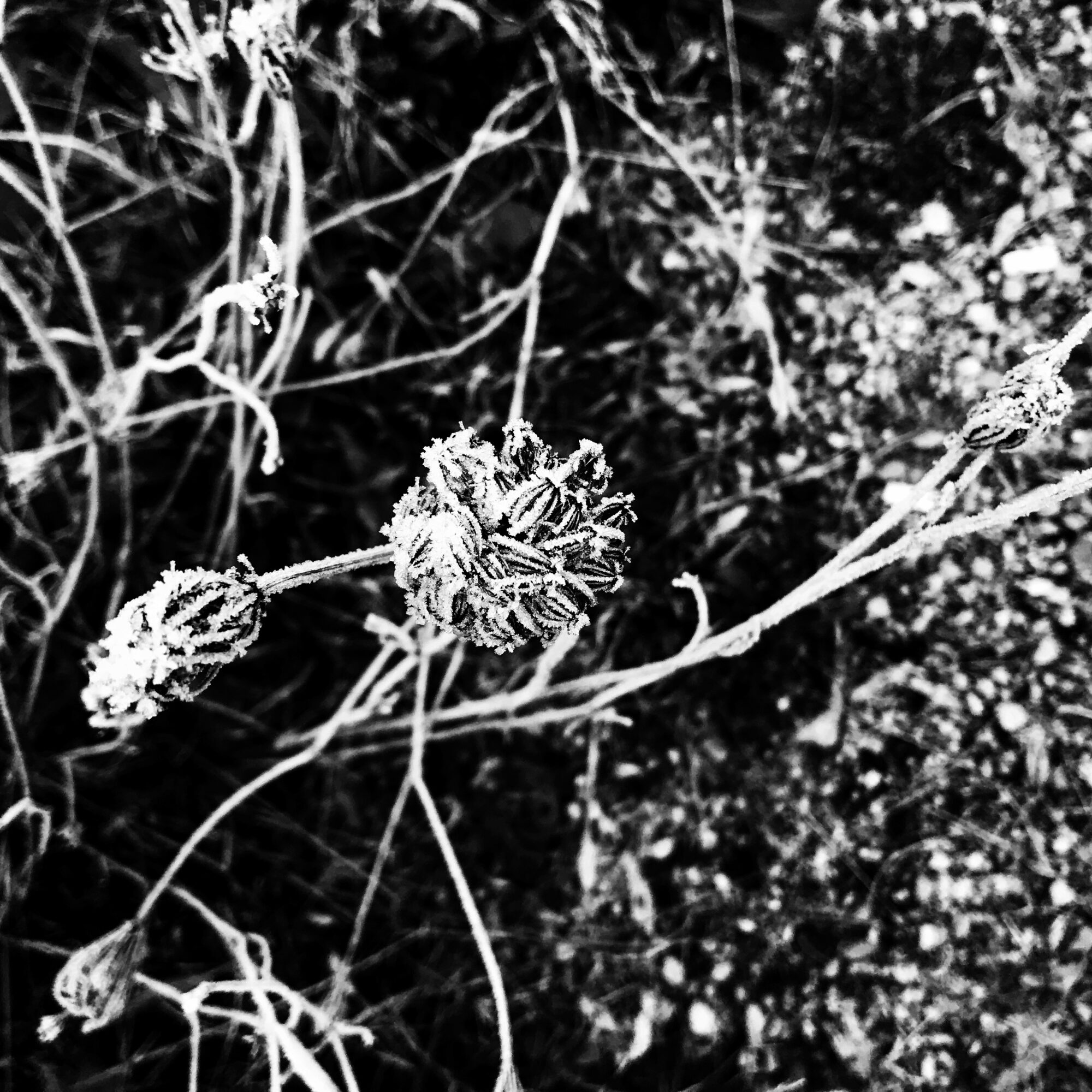 I’m going to start this review in a slightly off way by suggesting that the subject matter, no matter how expertly handled in the beautifully produced self-published set of books proposed by Regina Anzenberger is not my cup of tea. This will be a failed review as I cannot find the words to speak on matters of flora easily. In fact, the idea of pictures of flowers, no matter the season, leaves me cold. I don’t get the draw and I don’t consciously have any way of elevating my lethargic brain into liking their value either symbolic or real. Flowers have always felt like a soft metaphor for something eternal and in passing, their symbolism reminds me of a failed 85 yr old’s birthday card. There is the slight rustle of Hallmark enthusiasm for the topic and it does little to melt the ice in my veins to think about their significance. Flowers are obliquely sided by sunsets and pictures of hand-holding in my world, even Ori Gersht’s exploding blossoms are unable to escape my dispassionate grumblings. 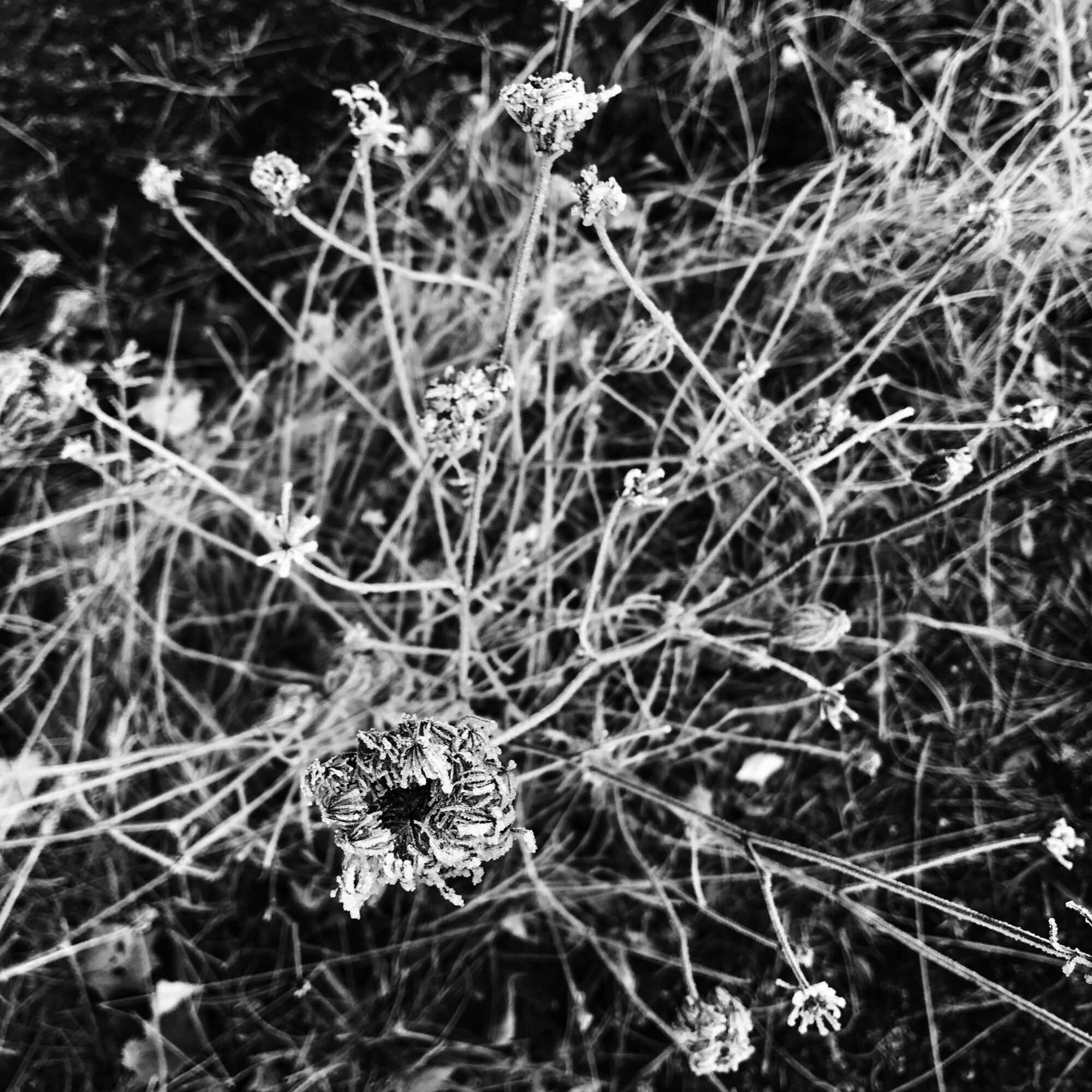 All of this being said, books are very much the focal point of my world and I gravely respect artists who are considering their form over producing books from quick and unchallenging standardized means. It is hard to find great examples of photobooks that play with the standard form of the book and who manage to tweak it just enough to have it make sense, while also having these tweaks ennoble the contents as opposed to disregarding the subject matter for bells and whistles in the design that feel clunky and unnecessary. Regina manages to add layers to her work by clearly thinking through the design and production of Gstettn, which adds layers to the work itself and engages the viewer slowly with each volume needing its own space for consideration. 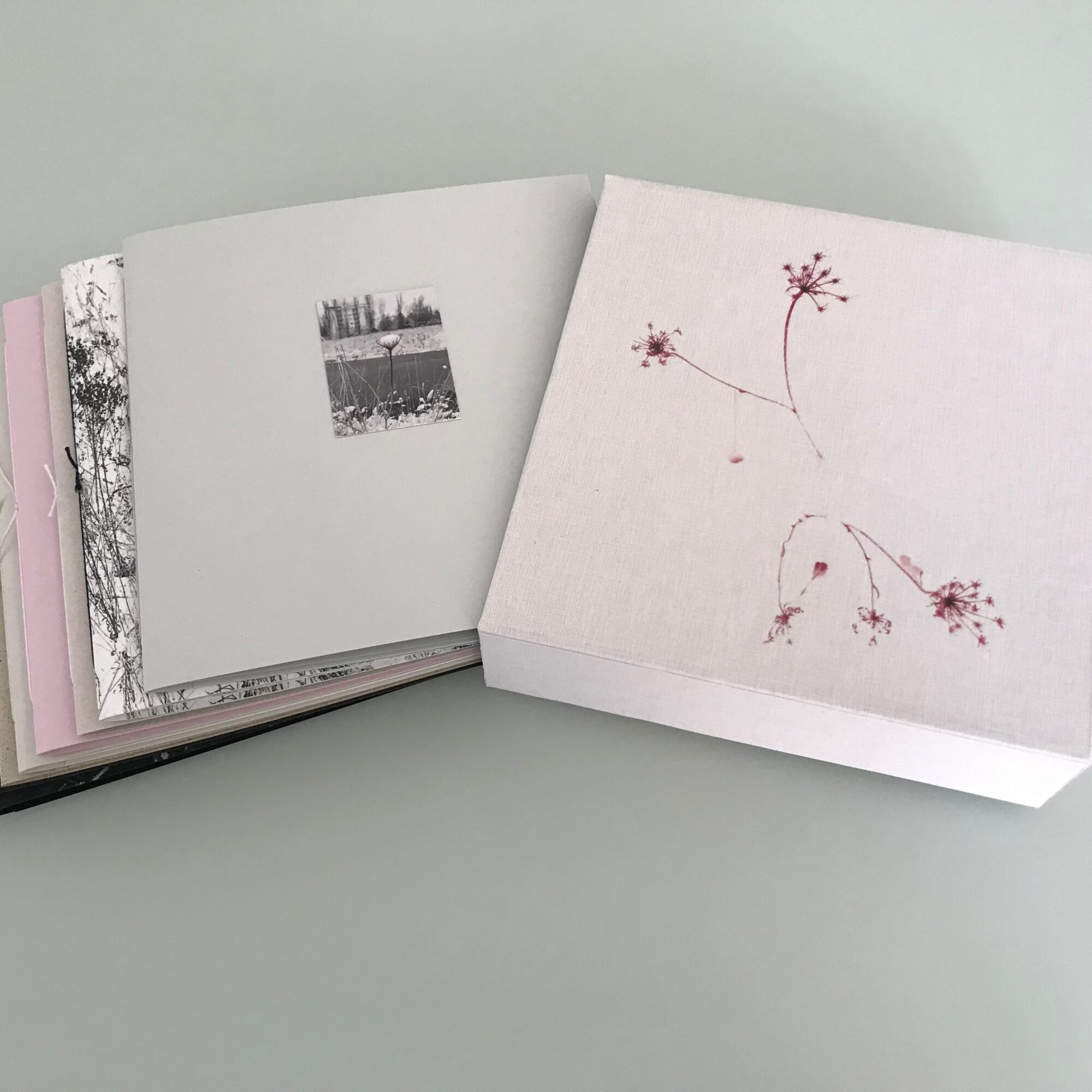 The photobook has moved from a passion of mine into something that I am pursuing as an end, and not simply a means to it. There are a number of photobooks out there in the world, some even adorn my shelves, books in which I am not overly invested in their conceptual framework or their photographs particularly. In the case of Gstettn, much like John Gossage’s The Pond, or Tim Carpenter’s Christmas Day, Bucks Pond Road, an enigmatic series of observations that regard time and the reading of location is worth the effort of contemplation despite me not being drawn immediately to their conceptual fronts. In Regina’s case, more than Gossage or Carpenter, there is a declared value to the allotment that she has made these studies in. The location is fixed. Gstetten is less of a game than The Pond, and less…mathematical than Christmas Day, Buck’s Pond Road. The overgrown patch of land in Anzenberger’s work is the former site of an Anker factory, one of Europe, and certainly Austria’s main bakeries, an establishment that I am personally fond of. 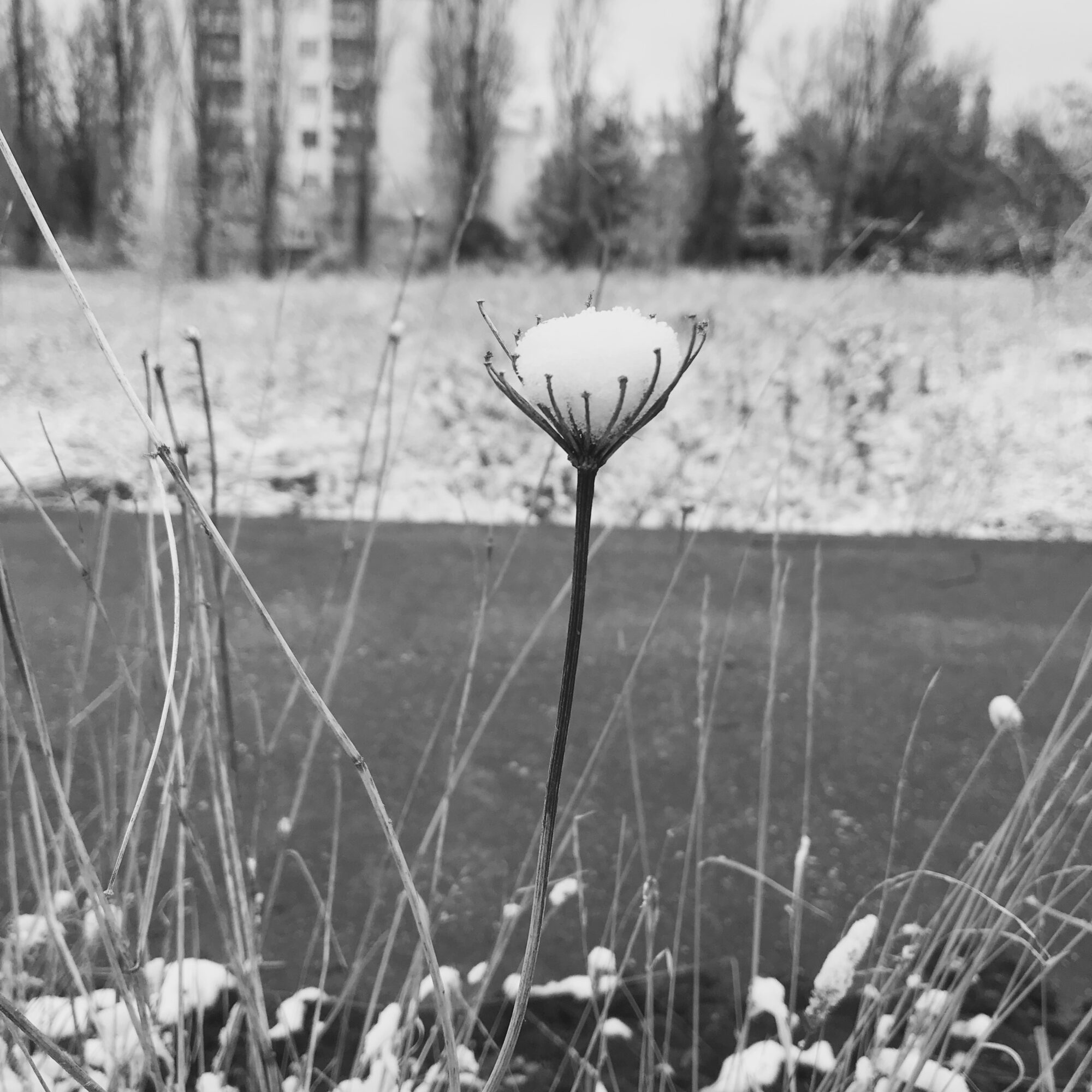 What makes Anzenberger’s studies interesting is that from this hinterland experience of observing a barren and simultaneously overgrown part of the historic and gastronomically relative plot of land, comes questions regarding sustenance, nature, population, and overgrowth, in both flora and human terms. The images ask us about mid-life much in the same way that Michael Schmidt’s book Lebensmittel asked to consider food production as a metaphor for consumption, production, and death. In Regina’s book, there is an emphasis on winter and decay through which these metaphors about mid-life spring forth. Though it would be fair to point out that when she photographs the plot itself, it is much more reminiscent of both Gossage’s, The Pond and Schmidt’s Berlin Nach 45, both incredibly important books that feature similar attitudes toward space where something happened or may (or may not) have happened, that are half-imagined, half historically significant respectively. Another reference for this work might be Chris Hoare’s recent Growing Spaces and Martin Amis’s book The Land. All of these titles draw from what is local and all are an attempt to either thwart direct representation or to embrace it in lyrical form. Anzenberger’s efforts hold a similar position through her images of the snow-encrusted flora that she dwells on. 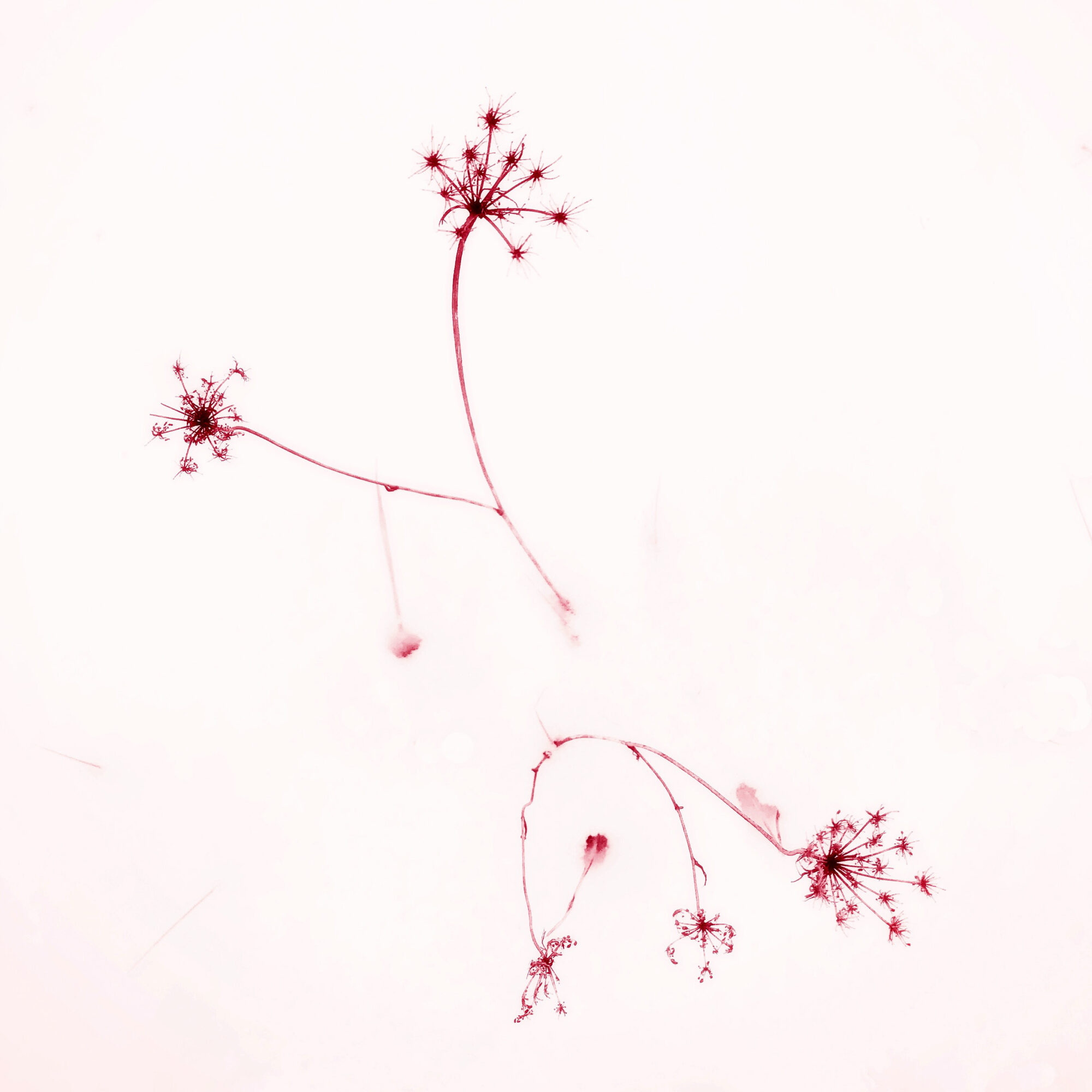 From the production side, I have to admit that even if I am not a huge fan of the flowers themselves as a subject matter, I have to give a complete and positive nod to the artist’s production in putting these 8 thin volumes together in a box set. The books, housed in an attractive slipcase bearing one of the more Harry Callahan-Esque studies of winter flowers silhouetted by winter calm and printed on the box in red/pink is lush, and pardon me, but somewhat menstrual in effect. I can elaborate, but think it’s probably unnecessary and is not about the artist, nor gender, but the image itself and the choice of color used. If you’re finding that biological reference note difficult for any reason, consider red wine or kool-aid, you big child. Each individual volume is well-designed and the parts fit the whole of the aggregate experience. It is a beautiful boxset and Regina’s work is highlighted with overleaf, delicate bindings, and a range of text that considers flowers, but also the essence of a place. 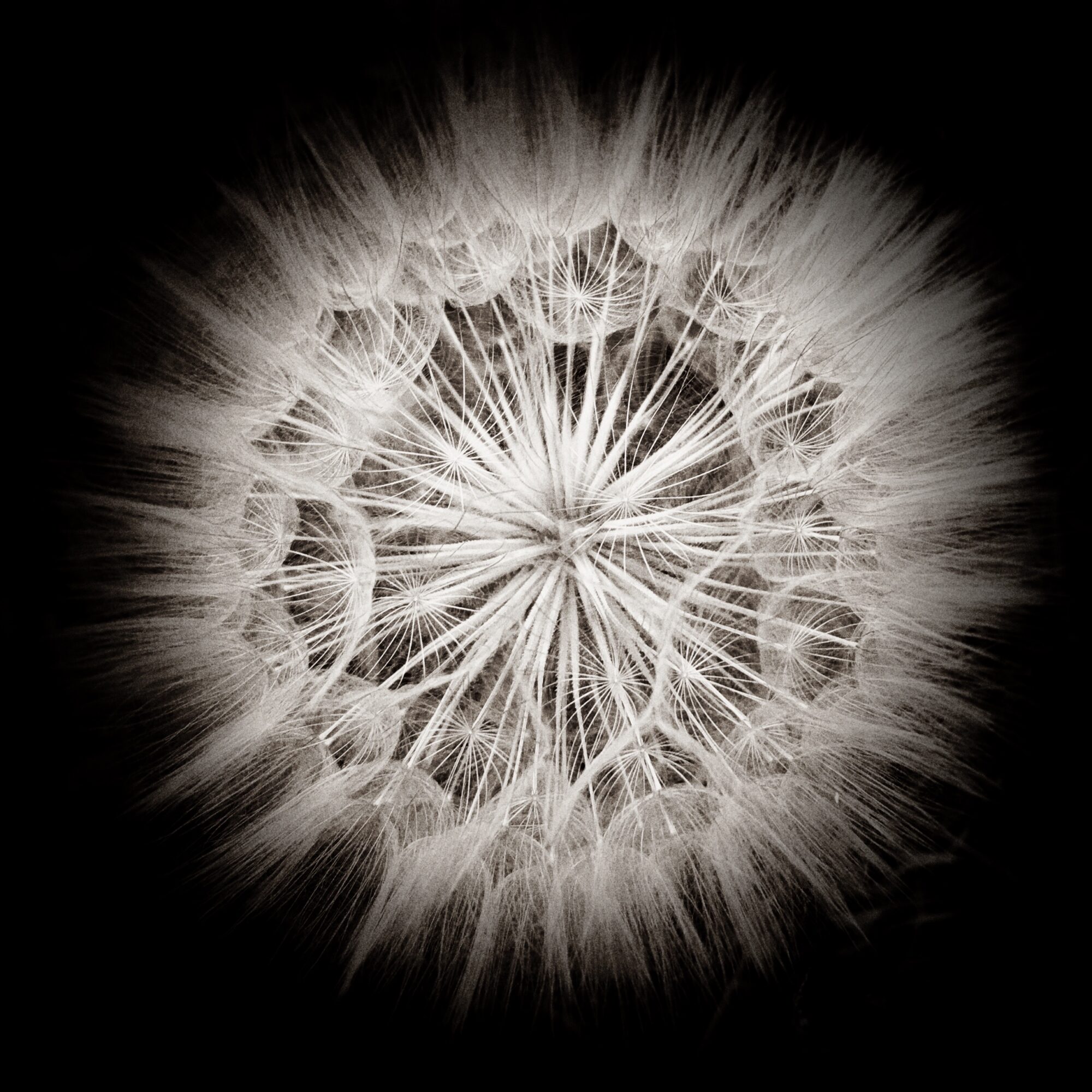 As a self-published affair, I will admit that I do have admiration for the effort that the artist and her design and production team have afforded the work. It has raised the level of the topic into more of an art object than a simple photobook and I would be quite proud to have made a similar series of books myself. Perhaps it is best to see the books and to think of them in a similar manner to the multi-chapter version of Paul Graham’s Shimmer of Possibility. In Gstettn, the confluence of a historic place, metaphor, and production all reign as equal parts of a symbiotic whole which forms a beautiful combination. My only slight criticism is that the work in which the artists uses “charged” pieces of flora from the site and place them next to the photograph loses a little bit of the original’s importance in their reproduction, but I am not sure what else can be done to showcase the image and object together. The use of the object charges the photograph, but when reproduced, obviously returns the object to illustration, which is not ideal. All in, if you are into images of flora, this is a nice extension to botanical books from Anna Atkins forward. It is an incredibly attractive box and again, I salute the artist’s deep concentration on the form of the books themselves.