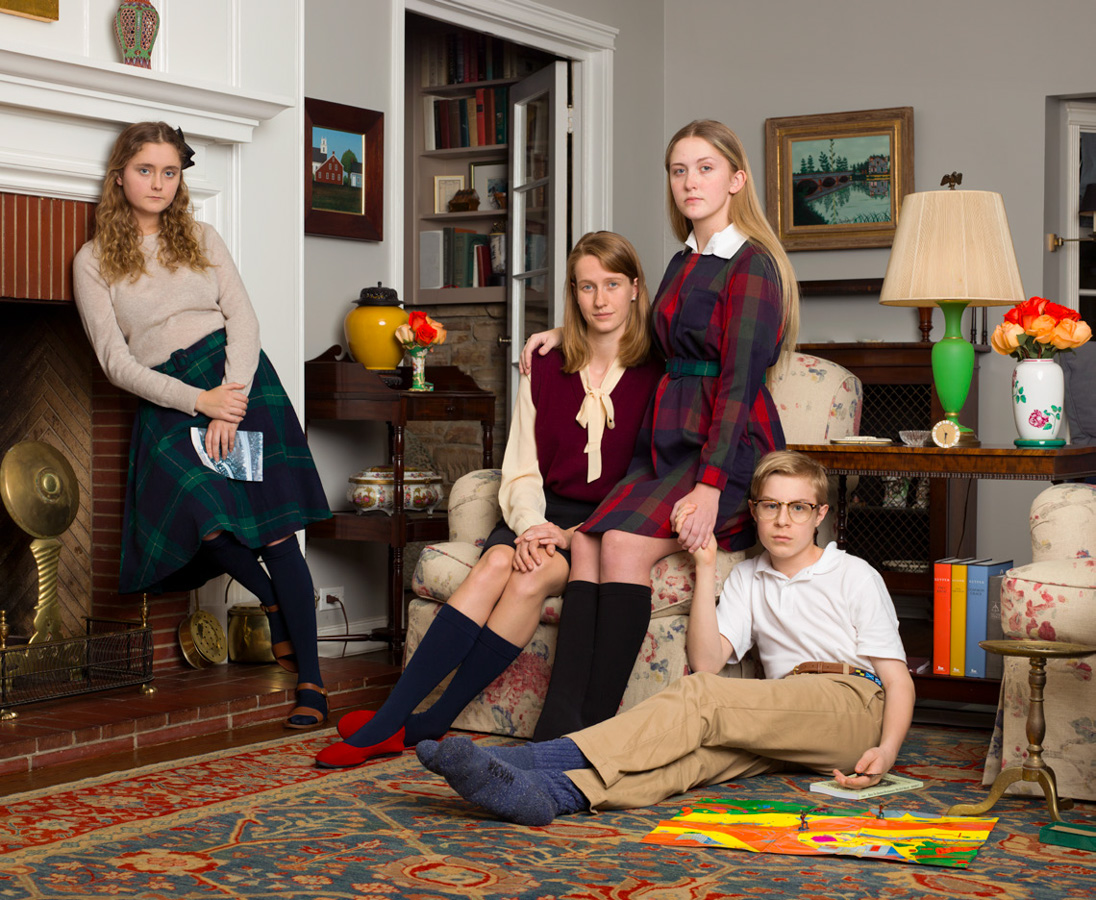 This book is likely to create more unease and offence than most realised on SPBH, a publisher seldom dealing with such hardcore topics as race in such a direct way, but it must be applauded as certainly an important initiative. Photography continues to be a powerful tool for bringing to light big issues in highly accessible ways, so why shouldn’t it be turned towards this? – the subject that keeps racism and inequality alive and kicking – whiteness.

I know how awful it is when one’s existence is predicated on skin colour. I’ve personally been made aware of this most of my conscious life and it’s not something that was asked for but something that was socially hammered into me and which I accepted as the norm from a young age. The reason I think this book is important despite my disgust for any form of discrimination, is its call to open up a very difficult conversation. Most responses I’ve seen have been dubious or in denial of the book’s central thesis: that structural whiteness is a social construct configured as a system of power, still in play today, that to be part, unconsciously or otherwise, of this system is to be complicit with being racist. Most of the liberal minded audience this book is likely to be viewed by are unlikely to confess to unconscious racism and will feel attacked or insulted by such an accusation. Its testament to the subject that its recipients will refuse its message due to what Robin D’Angelo calls ‘white fragility’. The overwhelmingly personal response is met with, “I’m not racist” or “but I’m not white”, “I have lots of black and brown friends”, “I have done so much to include people of colour” and as much some of that may be true, that’s not what this book is about.

“Whiteness is a position that anyone can possess regardless of their colour.” 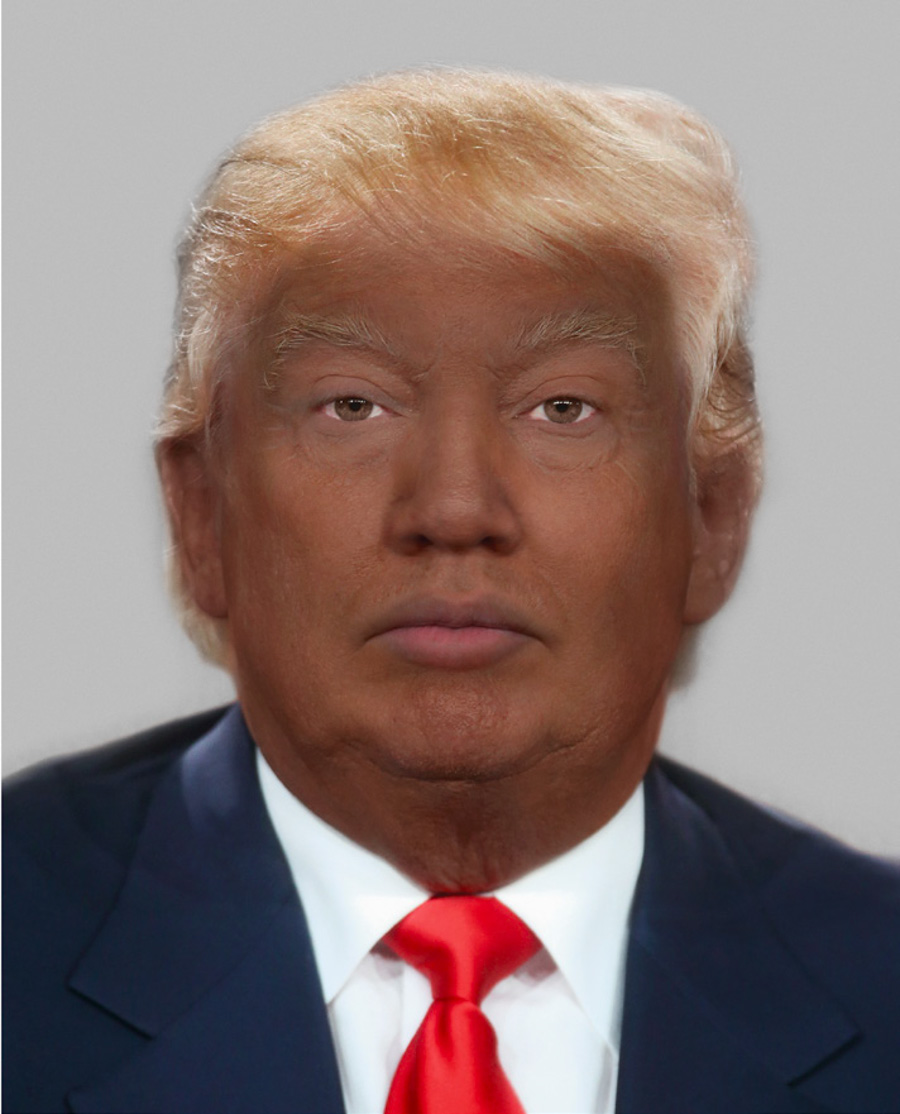 Nancy Burson, What If He Were Black, 2018. Courtesy the artist.

What I think this book is about is revealing whiteness as an ideological, normative standpoint. It is why Black Lives Matter exists and why nothing ever changes for the experiences of people of colour. It is about needing everyone to check their position and privilege when it comes to eradicating racial discrimination. Whiteness is a position that anyone can possess regardless of their colour. The worst of this is when it is embedded into the structures of state and institutions; when it is learned without questioning or counter-narrative through education, media and popular culture; when black death or suffering is used as cultural capital; when it is woven into the decision-making processes of diversity policies which tolerate a month per year for Black History; when it celebrates major survey exhibitions of black and brown artists branding a racial stamp onto all those included reaffirming race into our minds as a recognised differentiating trait; when it is co-opted by individuals claiming to do much for diversity and inclusivity, who at the same time propagate the logic of whiteness and inequality through the same work. Whiteness in all these cases, despite its efforts to help, maintains power at all costs and perpetuates privilege for some humans over others. 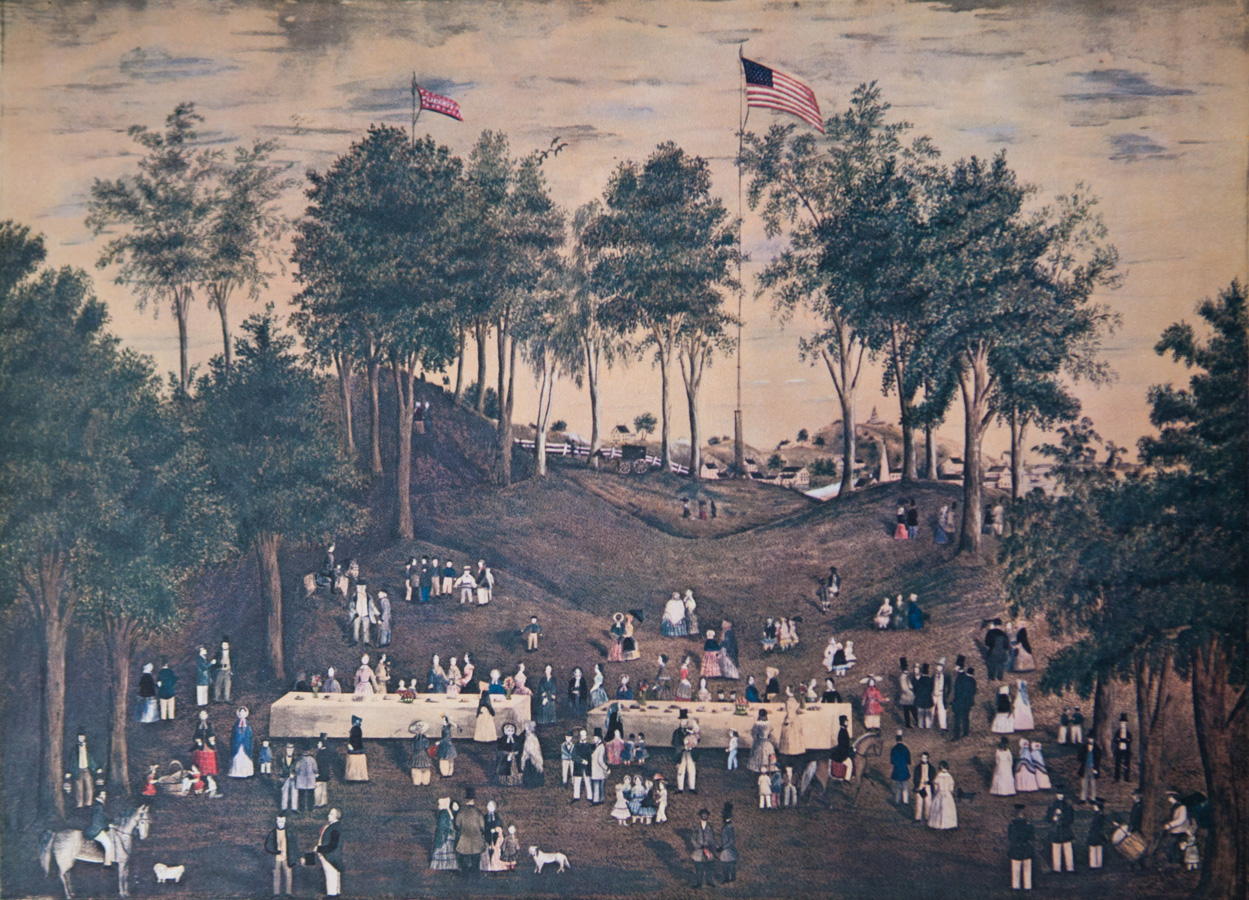 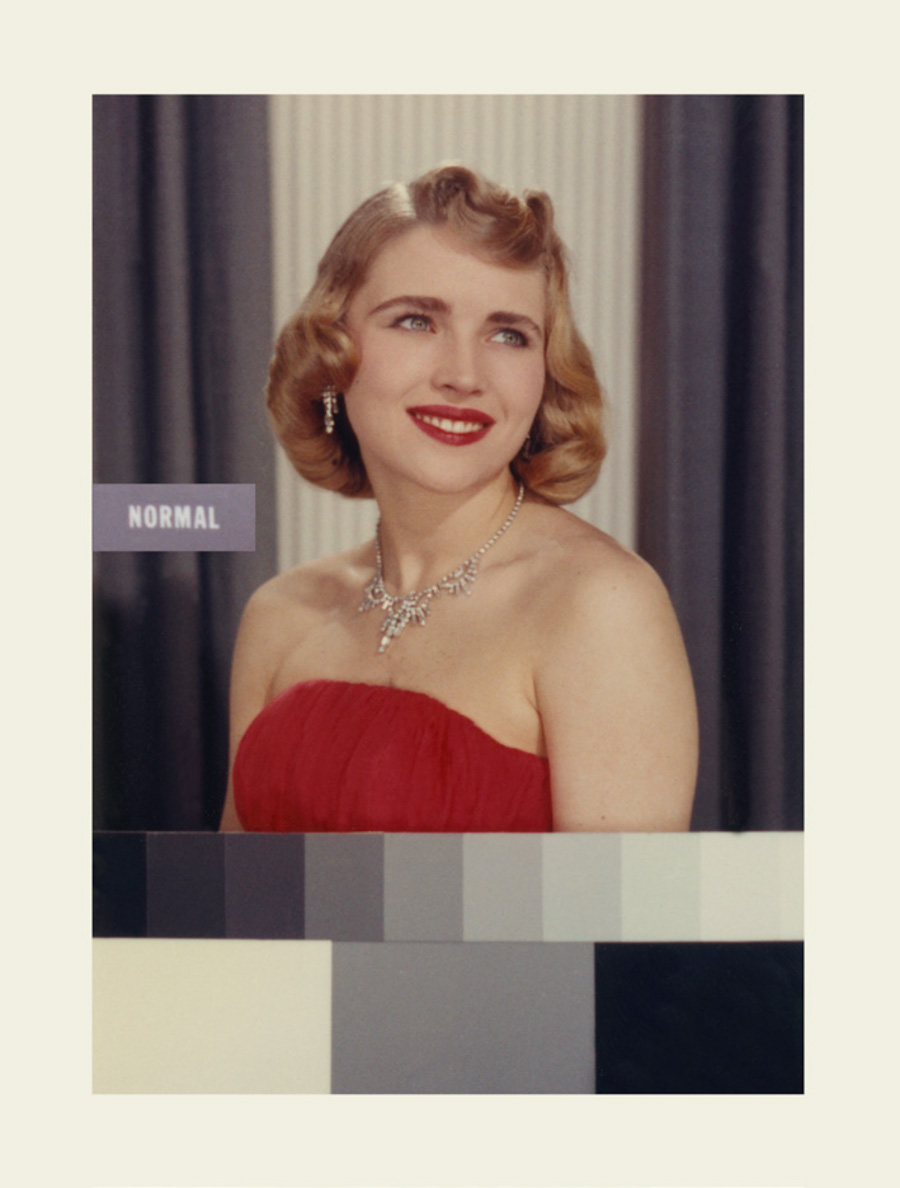 Broomberg & Chanarin, Shirley 1, from the series How to Photograph the Details of a Dark Horse in Low Light, 2012. Courtesy the artists and Lisson Gallery, London and New York.

“There is some real value here and it goes to show how deeply rooted and normalised whiteness is to be part of our psychological conditioning that most often it is unconscious or damn near invisible, highly resistant to acknowledging its own existence.” 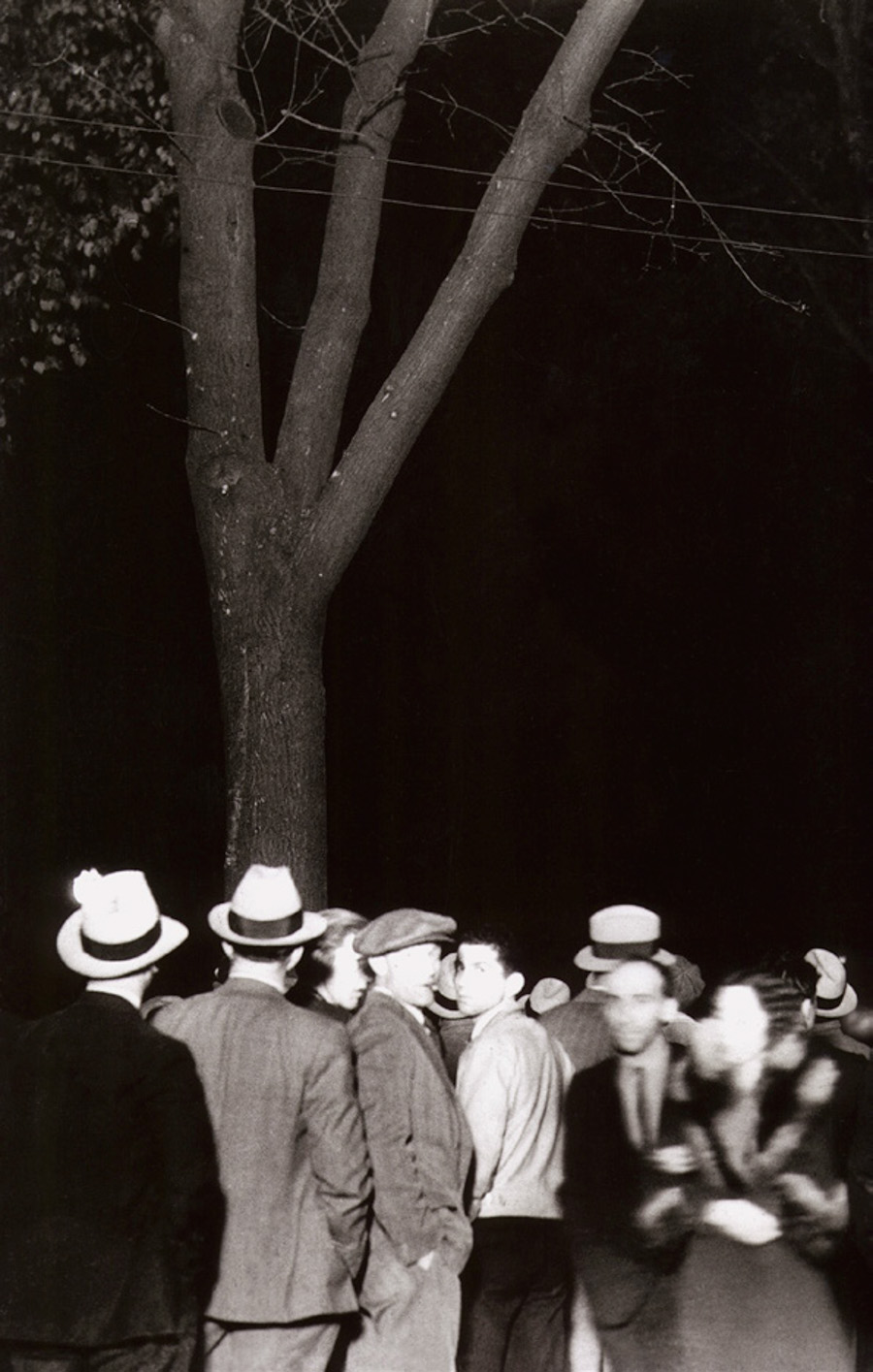 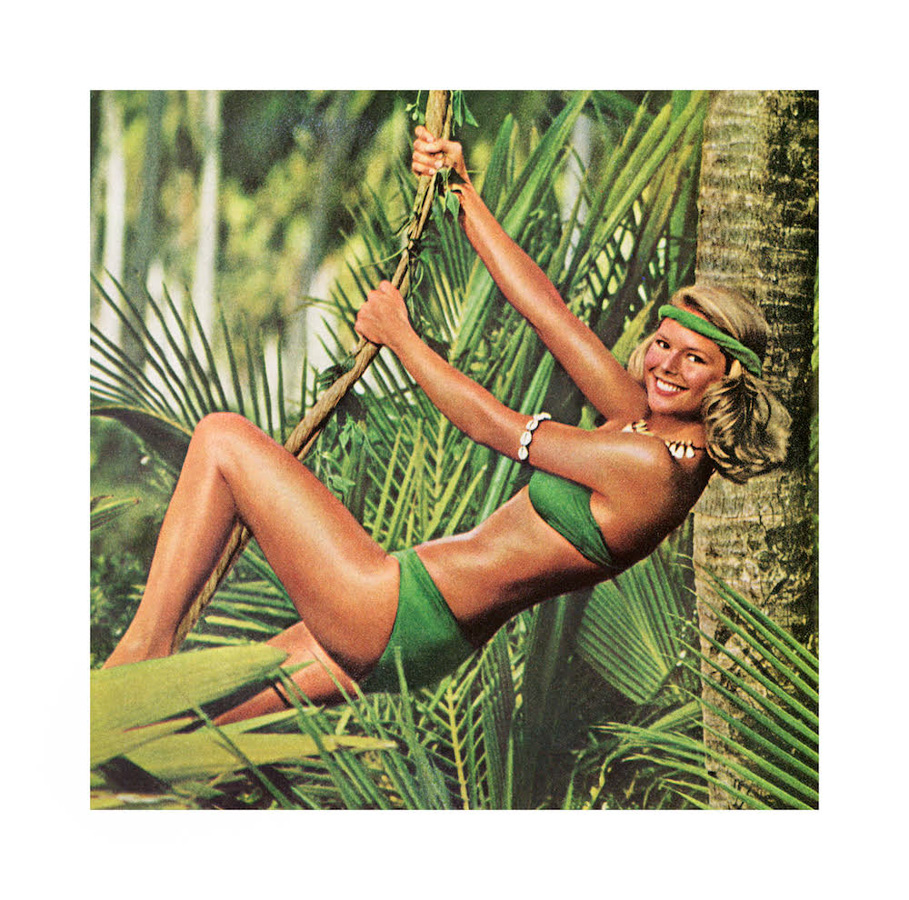 Hank Willis Thomas, The Natives Will Get Restless, 1976/2015, from the series Unbranded: A Century of White Women, 1915-2015. Courtesy the artist and Jack Shainman Gallery.

Campbell-Blight’s book reveals the ideology behind whiteness as visual codification, seen through discrete selections of images edited from various artistic sources. To the editor’s credit, the images allow us access to this subject-matter with relative ease given the contextual framing. They are taken from photographic projects that reference either the normativity of whiteness – as in Hank Willis Thomas’s recontextualised advertising images or in Buck Ellison’s portraits of class privilege – or structural disparity – Adam Broomberg and Oliver Chanarin revealing the medium’s technological investment of race or Claudia Rankine and John Lucas’s ideological exploration of blonde hair or Sutapa Biswas’s film still, symbolically highlighting the monolithic nature of structural forces at play   –  or more predominantly, by allusion to race or white power’s embeddedness or naturalisation through metaphor or discrete image alignment: Viet Le and Michelle Dizon’s excellent White Gaze and its poetic dismantling of National Geographic and Kajal Nisha Patel and White Mirror, whose analysis of visual codes and motifs in North Carolina reference a genealogy of labor relations between black tobacco workers and a white ruling class, illustrative of the construction of racial segregation and the invention of whiteness as necessary for power and economic gain. However, nothing pierces as much as Ken Gonzalez-Day’s images of lynching, subtracting the hanging dead black body to emphasise the ecstatic affirmation of white supremacy amplifying its own humanity over all life. 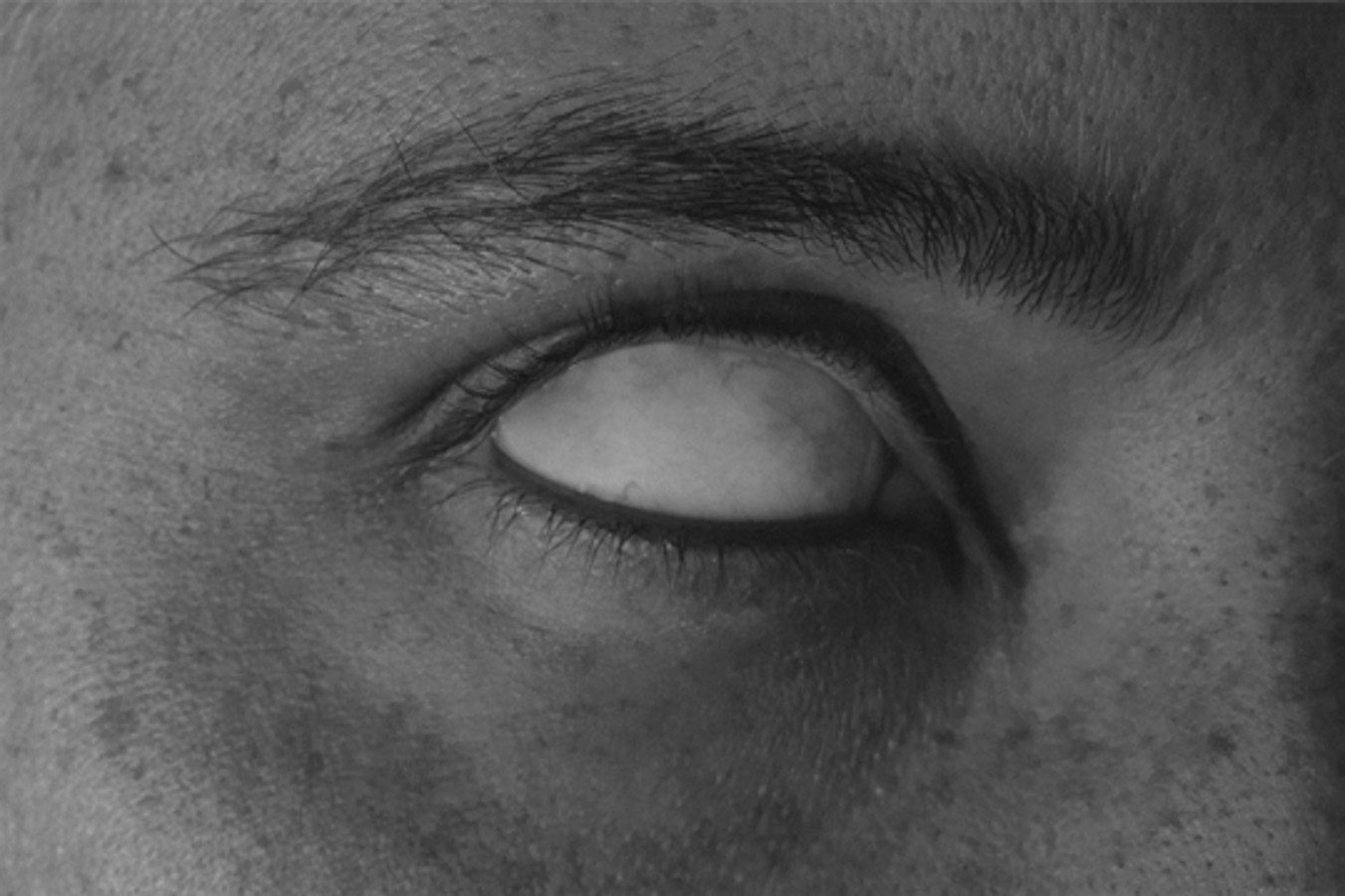 The book is less an in-depth photographic survey of how artists approach this subject and edges more towards presenting a theory about whiteness and supporting this with images and scholarly insights provided by notable academics, (including George Yancy, Yasmin Gunaratnam and David Roediger) who respond to Campbell-Blight’s questions. That the book ends in dialogue seems appropriate for setting the tone, something that, from what I’ve witnessed so far on social media has bordered on hysteria (not really surprising). Constructive conversation has been an almost impossible task, firstly, due to sensitivities around use of the words “white” or “whiteness”, odd because as Claudia Rankine mentions in her interview Black or Brown people have never resisted being described as such, yet, it’s a wonder the word “white” is taken as such an insult.  Secondly, those who deflect the conversation to one towards questioning the authors own white, male privilege as if that ought to be reason enough to dismiss the topic. How much of this is a diversion avoiding dealing with the issue at hand and not one’s own complicity in maintaining white supremacy? My suggestion is that before freaking out or weighing in with your opinions you purchase or access this book and especially read the interviews. There is some real value here and it goes to show how deeply rooted and normalised whiteness is to be part of our psychological conditioning that most often it is unconscious or damn near invisible, highly resistant to acknowledging its own existence. Finally, someone has had the courage to take this topic on, an individual aware of his position and privilege as a white male – exactly from where it needs to come from. In the book, Campbell-Blight asks the question, ‘What should white culture do?’ – perhaps the first step is to acknowledge that racial disparity in the world was created and sustained for reasons of forging and maintaining power and for capital accumulation; it mastered this implementation. White privilege is a social construction that sees no need to change anything while it still holds its seat in power. Therefore, a second step might be to challenge the structures and people that maintain this power, while presenting and sustaining strong and persistent counter-narratives, eventually their system may begin to fall apart. 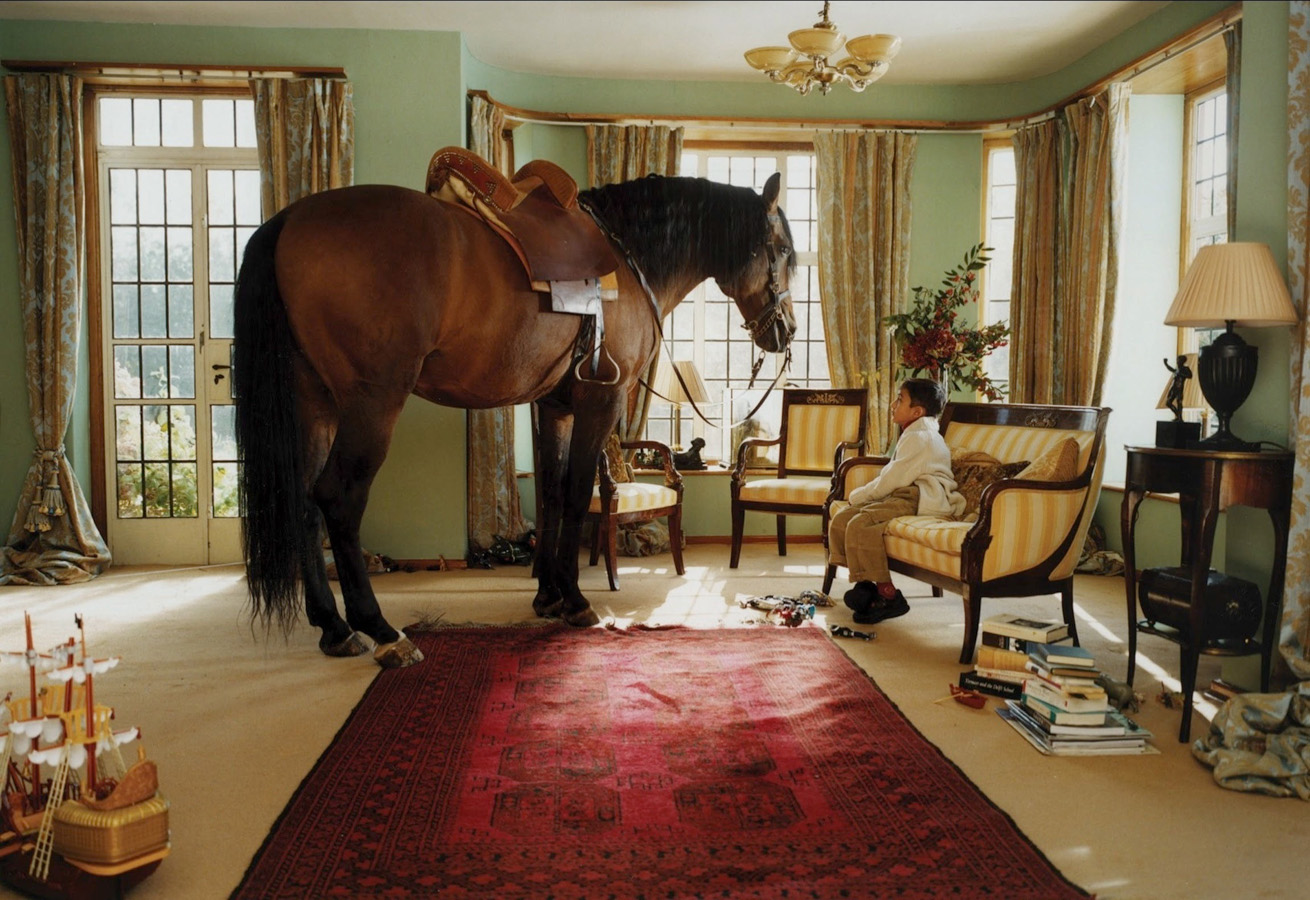 The Image of Whiteness

SPBH Editions / Art on the Underground