“The photographs in Volume 1 of In Sardegna are extraordinary. It’s as though Guidi was trying to wrap his wide-angle lens around everything at once: people, cars, buildings, gestures, dogs and donkeys, rocks and trees and landscapes.”

Guido Guidi made his first visit to Sardinia in 1974, newly married, with a 35mm Nikon, his wife Marta and friend Maruzio Preda in tow. Even for Italians, Sardinia is exotic – distant and different from mainland Europe, with its own sense of slow time. Guidi and his companions went there as tourists in their own country.

The photographs that Guidi took on this trip – gathered together in Volume 1 of In Sardegna – are extraordinary. It’s as though he was trying to wrap his wide-angle lens around everything at once: people, cars, buildings, gestures, dogs and donkeys, rocks and trees and landscapes. His experience of the place and its people is embodied in long horizons, in middlegrounds dense with detail, in monumental close-ups, in blurred drive-by images shot from the car window. Girls in matching dresses, youths standing contrapposto in flared jeans, old men in flat caps – his subjects meet his eye as though the camera wasn’t there, as alive now as they were in the moment the photograph was taken. Guidi wasn’t particularly concerned with the rules of composition or the finer points of style – though occasionally, his eye stopped moving long enough to capture a perfectly ordered golden rectangle. 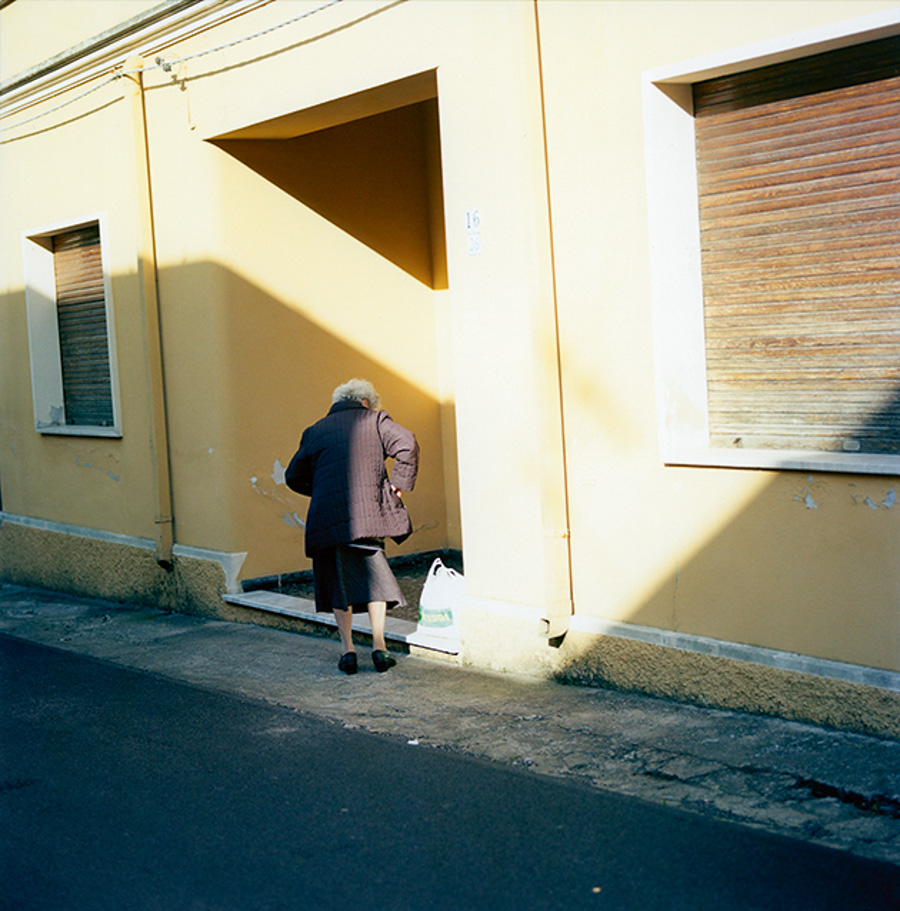 Thirty-seven years later, Guidi returned to Sardinia. This time he had three cameras with him – a 10×8 Deardorff, a Hasselblad Superwide and a digital Canon – as well as a small entourage consisting of his wife, his friend John Gossage, and a number of his former pupils.

Volumes 2 and 3 of In Sardenga include the photographs that he shot on this second visit. They’re serene, sophisticated images, but they’re also – initially, at least – strangely disappointing. The life that surged through his early work seems to have given way to a fixation with the pastness of the place. It’s as though a door slammed shut and locked Guidi into a stage-set Sardinia so still and silent it feels like a tomb. Blank walls and shuttered windows and empty corners, all looking like they’ve been sitting untouched for years, waiting for Guidi to come and organise them into photographs so precise you could set your watch by them. The horizon has vanished, along with most of the inhabitants. There are a handful of portraits, but the subjects look the other way, or face the lens with blank expressions. A 10×8 camera doesn’t lend itself to the same kind of spontaneity as a 35mm Nikon, but nor does call for this kind of inertia. 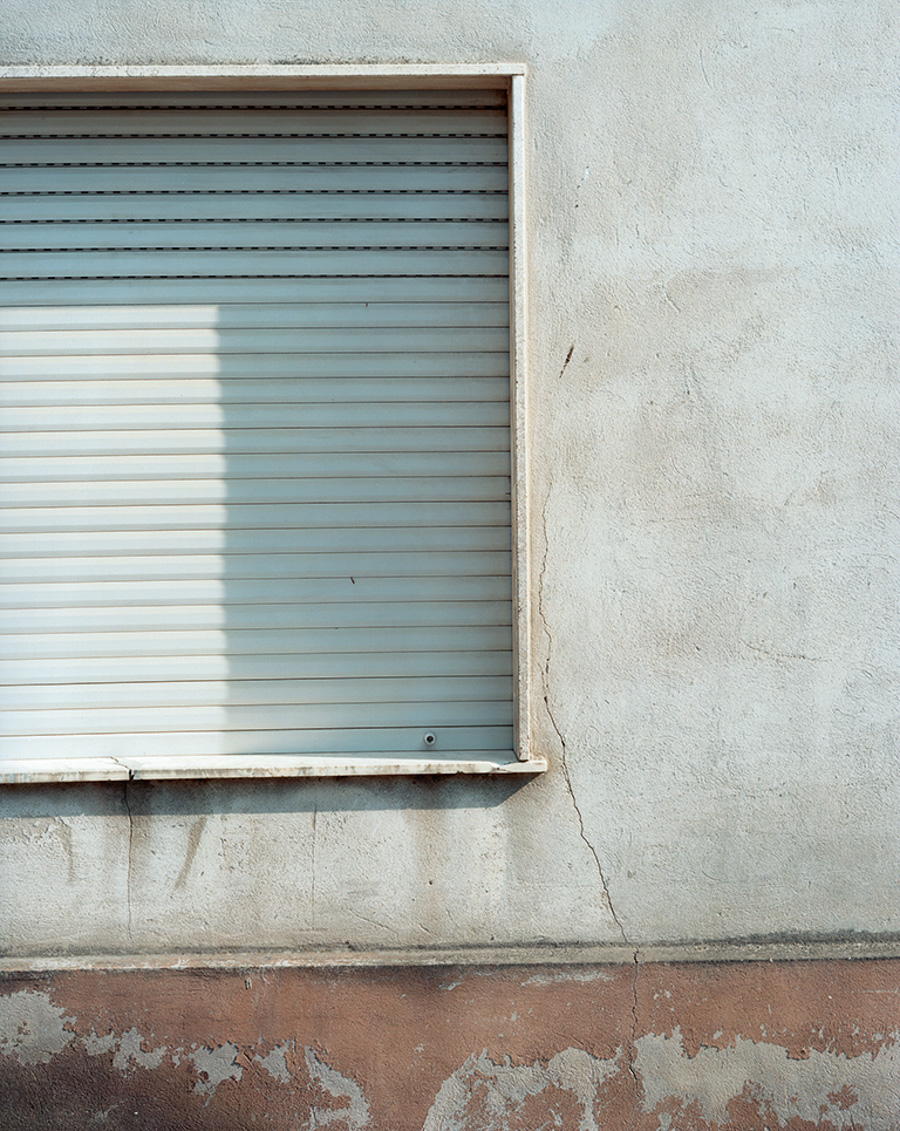 “If the raw, restless invention that marks a photographer’s early work isn’t to be sustained for an entire career, then by what criteria do we judge their later efforts? The question might be banal, but it has a certain urgency now, when billions of images are created and shared every day.” 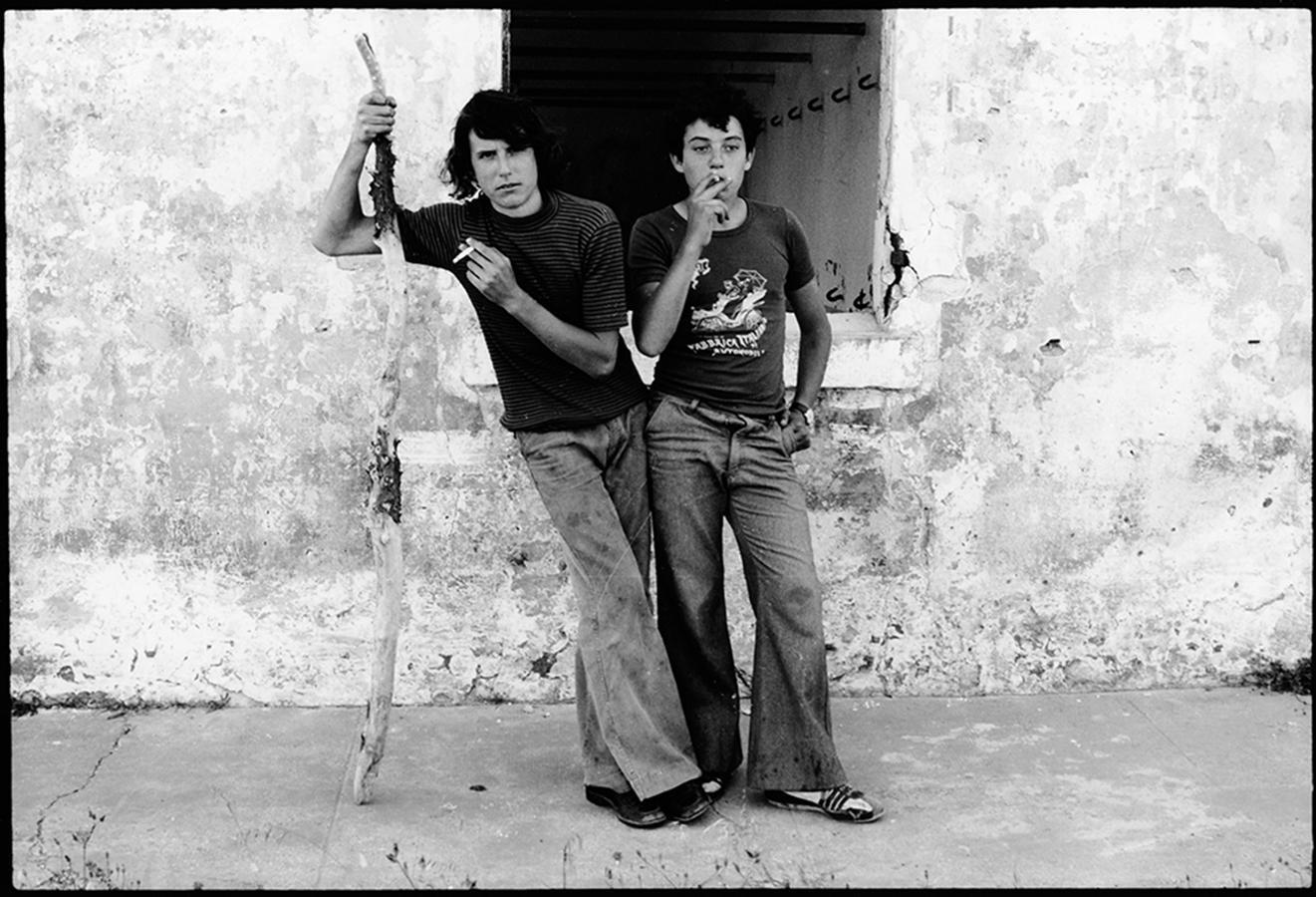 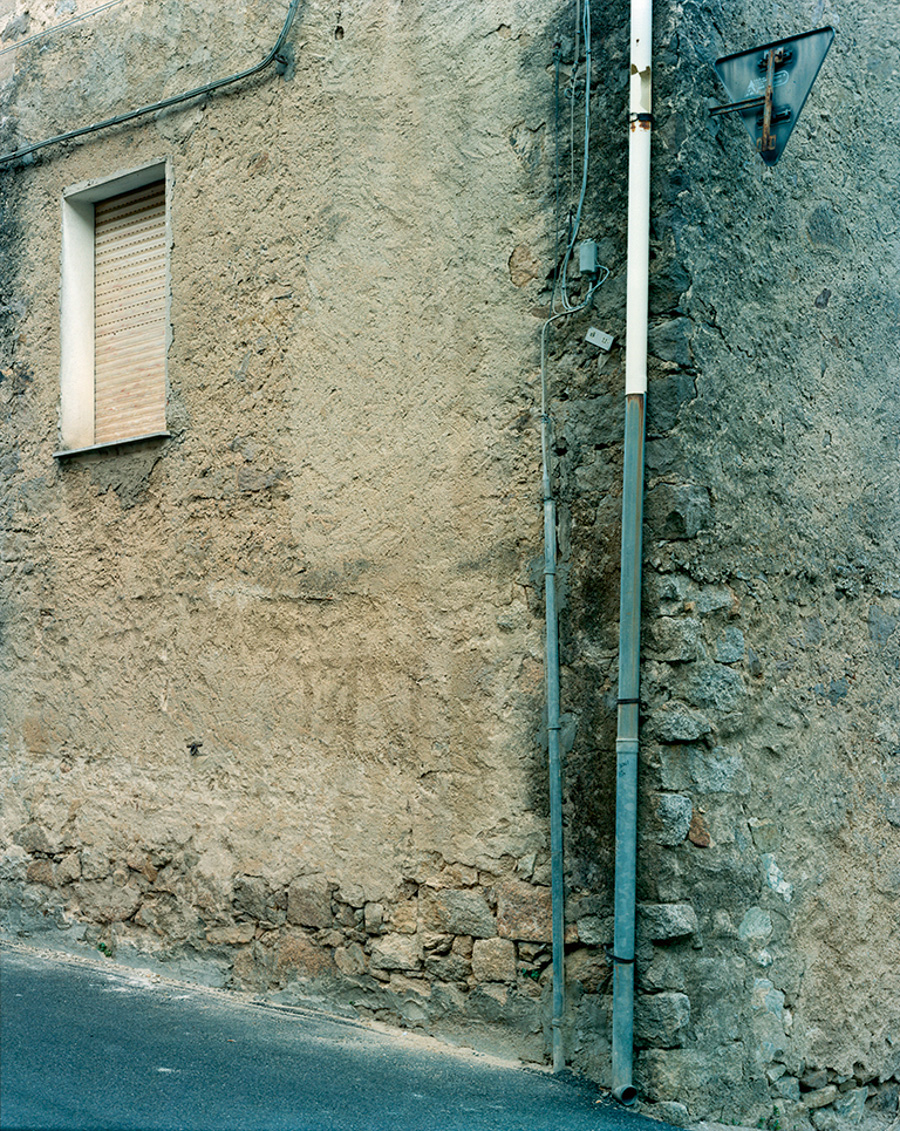 I’m not about to argue that Guidi isn’t an exceptionally talented photographer, or that his reputation is undeserved. The photographs in Volumes 2 and 3 of In Sardegna are beautiful. Guidi is a master of light and colour and composition and – as his 1983 series Preganziol attests – he’s equally adept at more concept-driven work. Photographs like those in volumes 2 and 3 of In Sardegna aren’t easy to make, but their language is easy to mimic. The carefully deployed shadows and soft, patinated colours, the elegantly observed architectural details, the minor ironies of anachronism – there’s not one image in these two volumes that hasn’t been remade over and over by thousands of other photographers. And maybe that’s the problem – Guidi’s work doesn’t feel extraordinary any more. 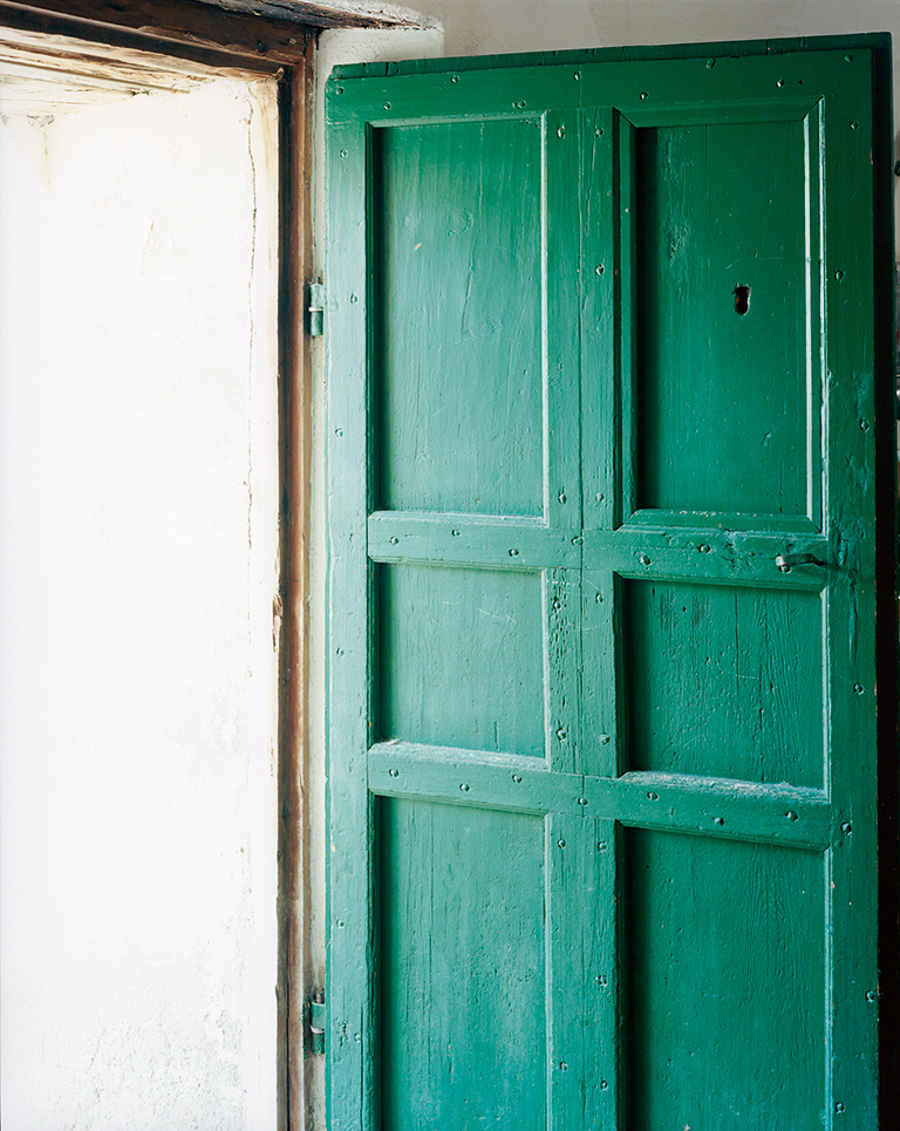 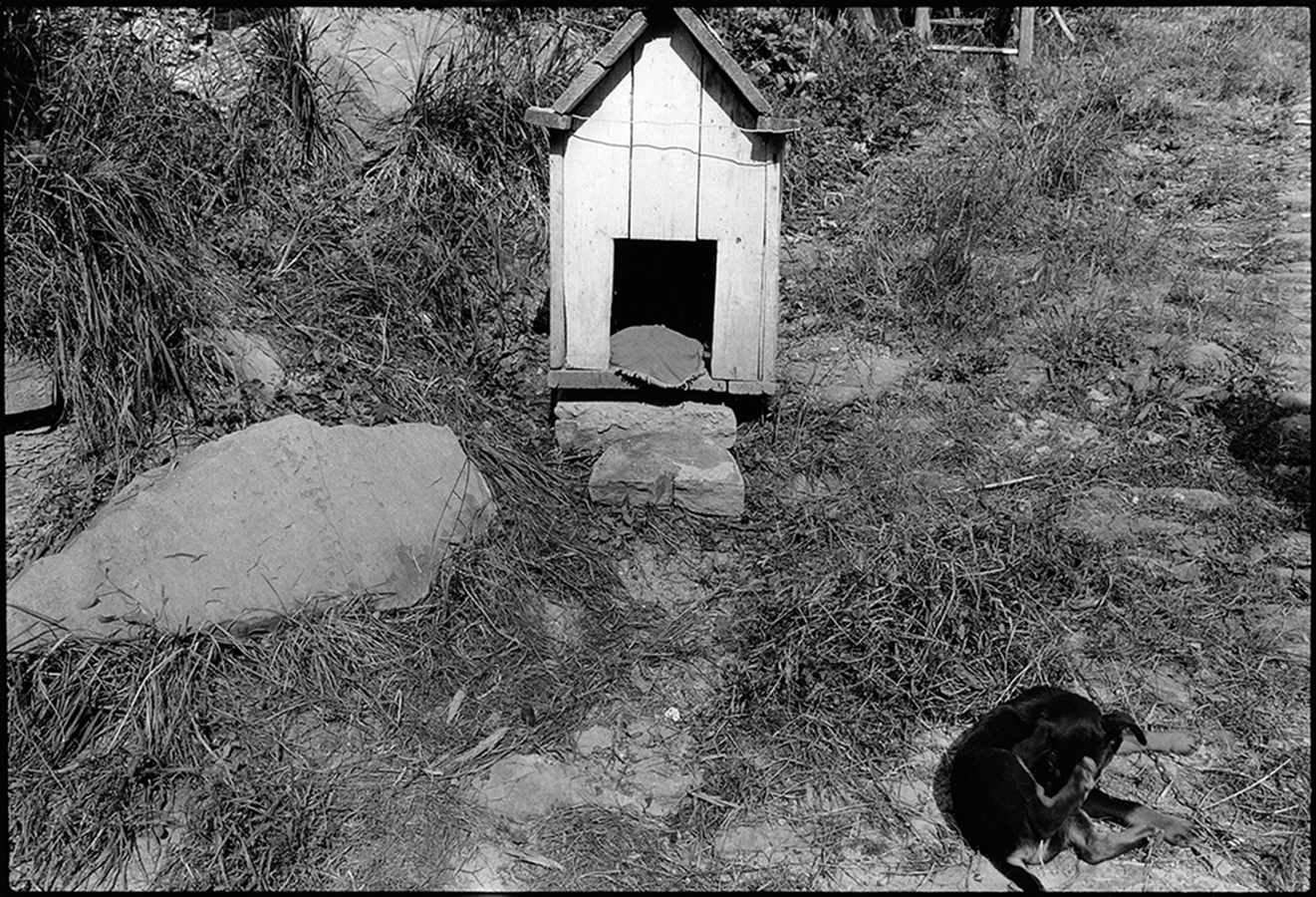 Bookending a photographer’s career in the way that In Sardegna does brings certain issues into sharp focus. The catalogue essays claim that Guidi’s vision has ‘matured’ in the years that separate the two projects. But what does it mean for a photographer’s vision to mature? It’s not simply a matter of developing a signature style in the same way that a painter or a sculptor does. Photography, at least in its classic form, is less malleable a medium than painting or sculpture: there’s not much distance between ‘signature style’ and a humdrum recitation of the same themes. If the raw, restless invention that marks a photographer’s early work isn’t to be sustained for an entire career, then by what criteria do we judge their later efforts? The question might be banal, but it has a certain urgency now, when billions of images are created and shared every day. 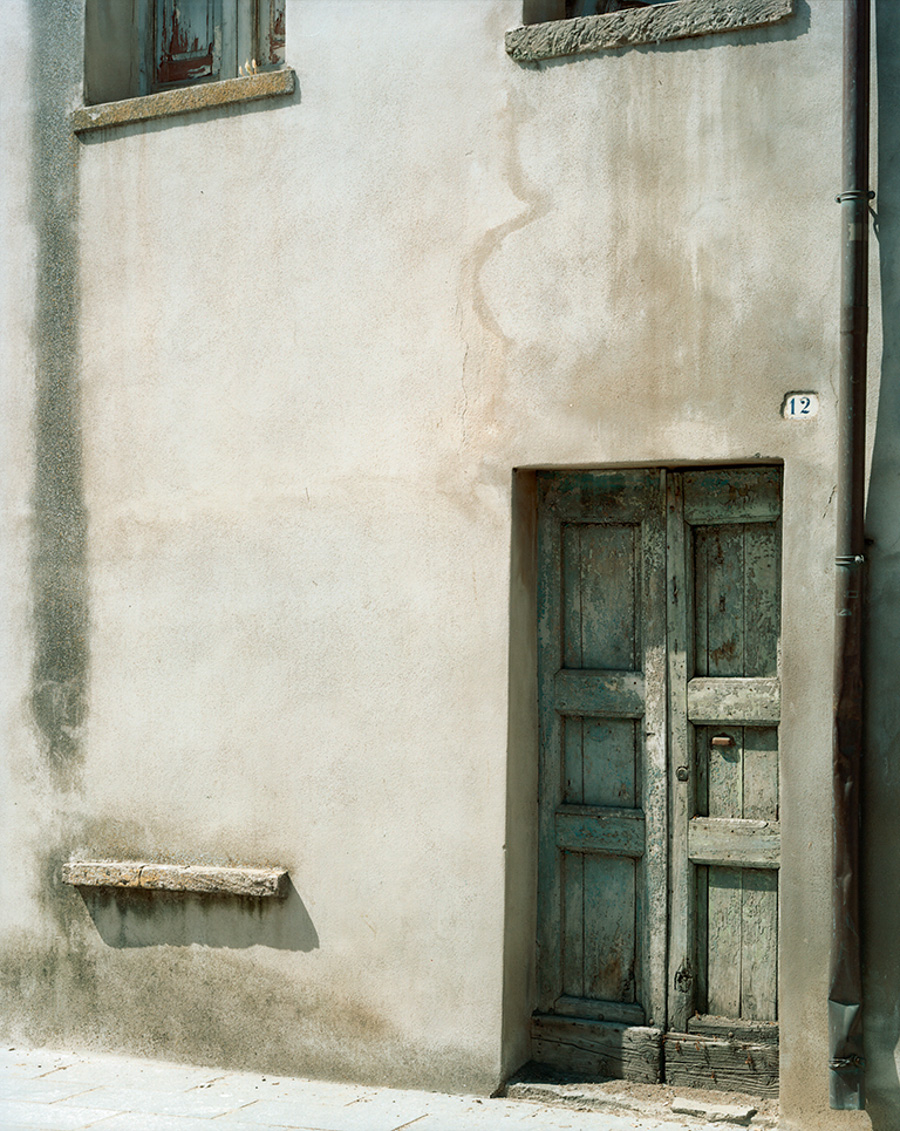 And this question leads straight to the heart of the problem – it’s not Guidi or his photographs that’s the source of my frustration, but the expectations created by the changing landscape of photography itself. Work produced in the latter stages of a 50-year career can’t be judged by the same set of anxious prescripts that drives a new generation of photographers, struggling to stand out and stay relevant in an overcrowded field gripped by a relentless obsession with the new. Not many of the younger photographers making their mark today will likely have the luxury of maturing. With this in mind, I returned to Volumes 2 and 3 of In Sardegna with renewed respect for the slow, measured gaze of a photographer refining his craft not by leaps, but incrementally, in a space beyond the pandemonium of nowness.