“Three years ago, Khadija’s life was needlessly taken due to systemic racism and neglect. I look at her work again now and think about how she was communicating to another time and another world.”

Three years ago, a fire engulfed a tower block in London. The Grenfell Fire is now known to have been one of the worst fires in the history of the UK. It took the lives of an officially recorded 72 people, it severely injured and traumatised survivors and families, displacing them from their homes, many were in limbo or placed in temporary accommodation for significant periods of time. They all still suffer their losses.

Khadija Saye was a friend. We had not long been acquainted. She was with me on an artist and curatorial development programme for emerging practitioners from underrepresented backgrounds run by photographer and curator David A.Bailey and Jessica Taylor of the International Curators Forum. From October 2016, she had been a Diaspora Pavilion artist and I was on a parallel track with a group of curators called Beyond the Frame. Her big break through the programme was alongside development of new work which would be shown at the Diaspora Pavilion at the Venice Biennale in 2017. I remember the opening night when we were all gathered there. It felt like we had arrived, that everything was possible. Unlike so many in the arts, Khadija wasn’t from a privileged or wealthy background, she lived with her mother in a council flat and had to work while pursuing her photography practice. Having a ‘day job’ was something we shared experience of as well as having an interest in the medium. I chatted to her on the big night, we discussed her work and her engagement in the ideas it explored. I explained to her I wrote for ASX and that I would love to do a feature on her work someday. She was so happy to hear that, and so humble about it, I think just grateful to hear some feedback from another photographer providing another perspective on her work. In the exhibition she was amongst some really big names: Yinka Shonibare, Ellen Gallagher and Isaac Julien as well as with a group of super talented UK artists who were already on track to become the part of a new generation of critically switched-on and relevant artists gaining visibility. But Khadija was at the beginning of her path through all this, she was quietly observing and absorbing, I wondered what she really thought of it all. The night was a blur but that exchange with probably the warmest and most modest person I met that night stuck with me. We bumped into each other a day or two later, we were all still hyped about everything, what a great trip to Venice, the future was ours. 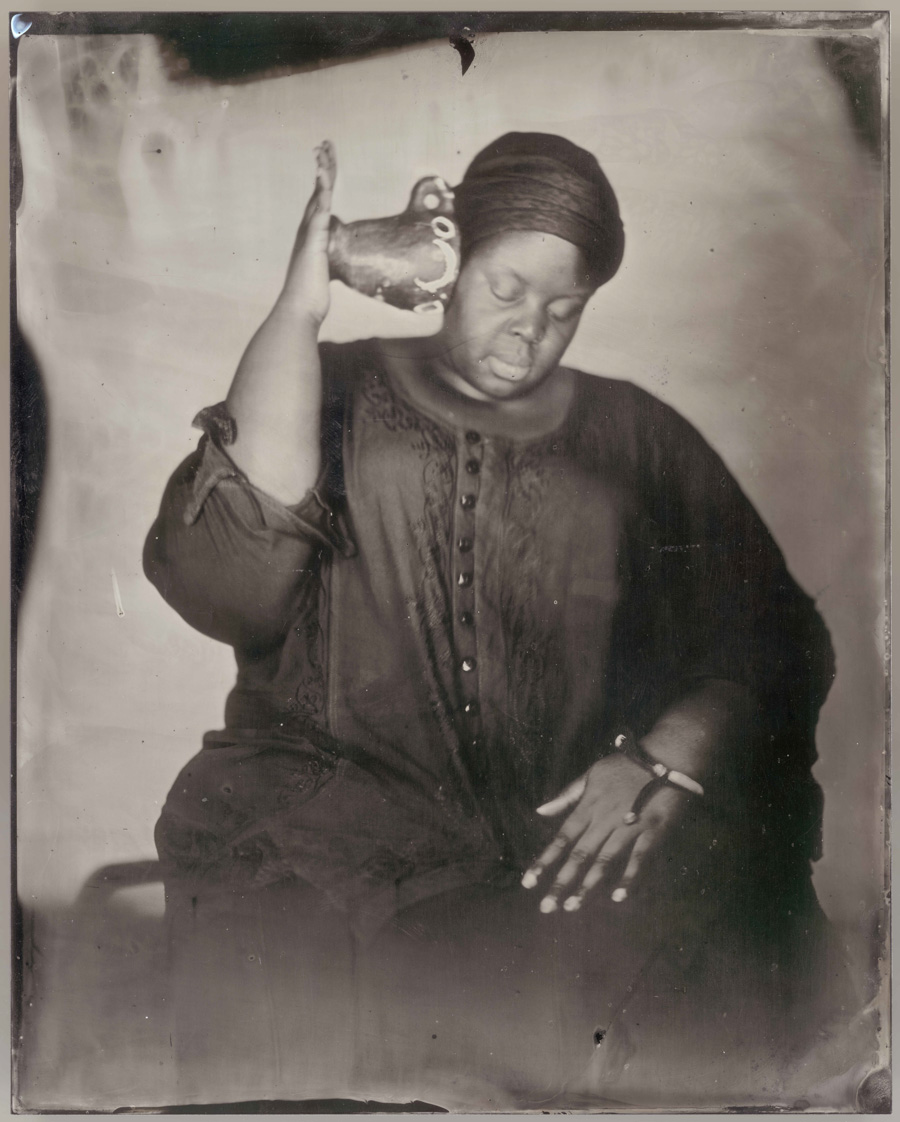 There was a sick feeling that overcame me that morning when I discovered about the fire at Grenfell and learned that Khadija had been in the building. At that stage there was little information other than hearing of the horror of her communications with friends on Facebook in the early hours of that same morning. There was then an excruciating period of waiting until more news was provided, it was unthinkable what residents and those attempting to help were going through and had been through, I couldn’t comprehend it. It was later, possibly the next day that we were given the news through the family and our ICF colleagues, that tragically, Khadija and her mother, Mary Mendy didn’t make it out of the building. It was devastating news compounded by the scale of the impact on the lives of the residents, it was incomprehensible. A brutal, unfair loss of life.

“Through connections to her family, dual religions, rituals and historic re-interpretations she staged herself in performative postures, using dress and ritualistic objects to perform specific rites or ceremonies for the camera.” 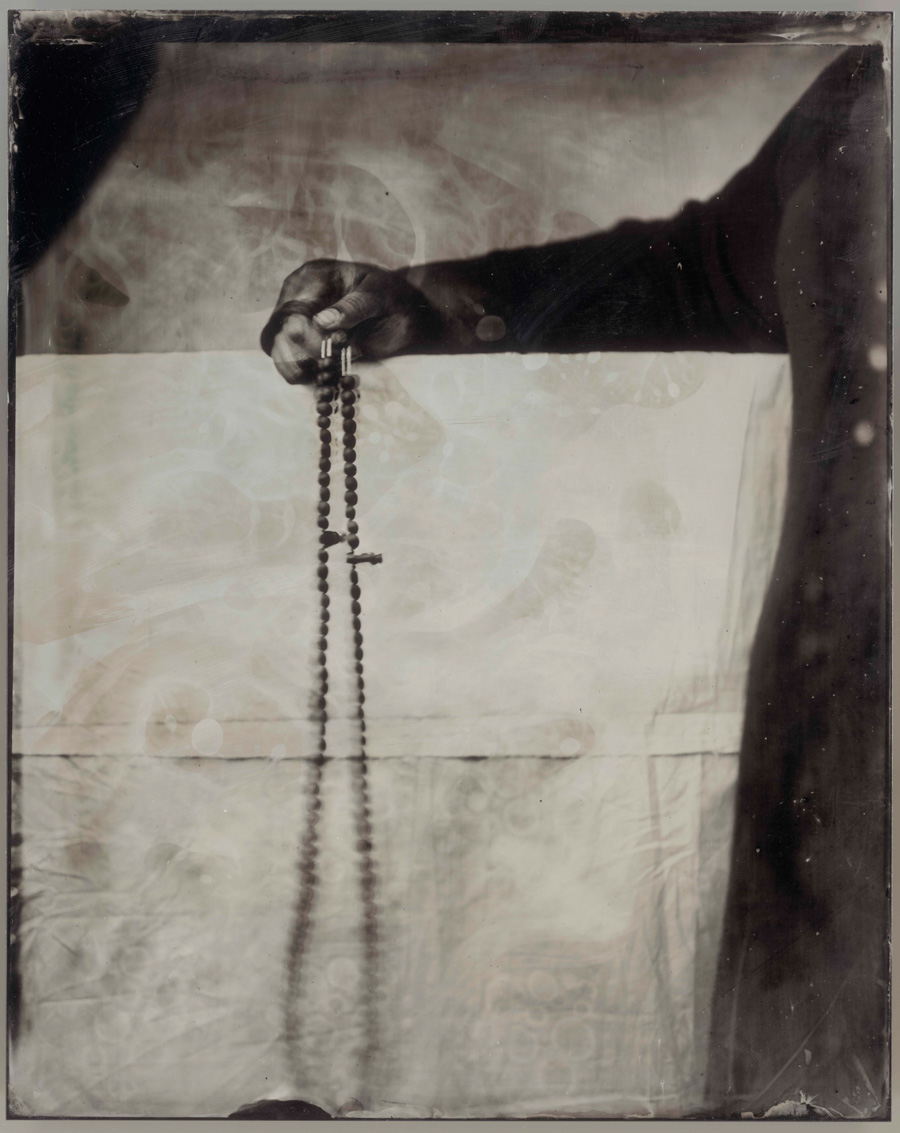 Khadija’s work was developed using a wet-plate collodion tin-type process from which she developed a series of metal substrate positives. These created an aged, vintage aesthetic of self-portraits which she developed through an engagement with her British Gambian cultural heritage. Through connections to her family, dual religions, rituals and historic re-interpretations she staged herself in performative postures, using dress and ritualistic objects to perform specific rites or ceremonies for the camera. What struck me about these images was how far they displaced her from her reality and how much these images opened a portal into a spiritual dimension where she could attempt to find solace to questions that couldn’t possibly be addressed from contemporary reality. I want to believe that in these images, Khadija found access to a spiritual voice available to her through her family culture. It was perhaps this that provided the way forward for her to pursue ideas that could be the beginnings of developing her own visual language in photography. I absolutely believe that she was on the cusp of breaking personal ground with the medium when it is so hard for diasporic artists to navigate a medium so replete with colonial and representational dogma.

Khadija was all set to undertake an MA course in Photography at Central St. Martins in Autumn 2017. 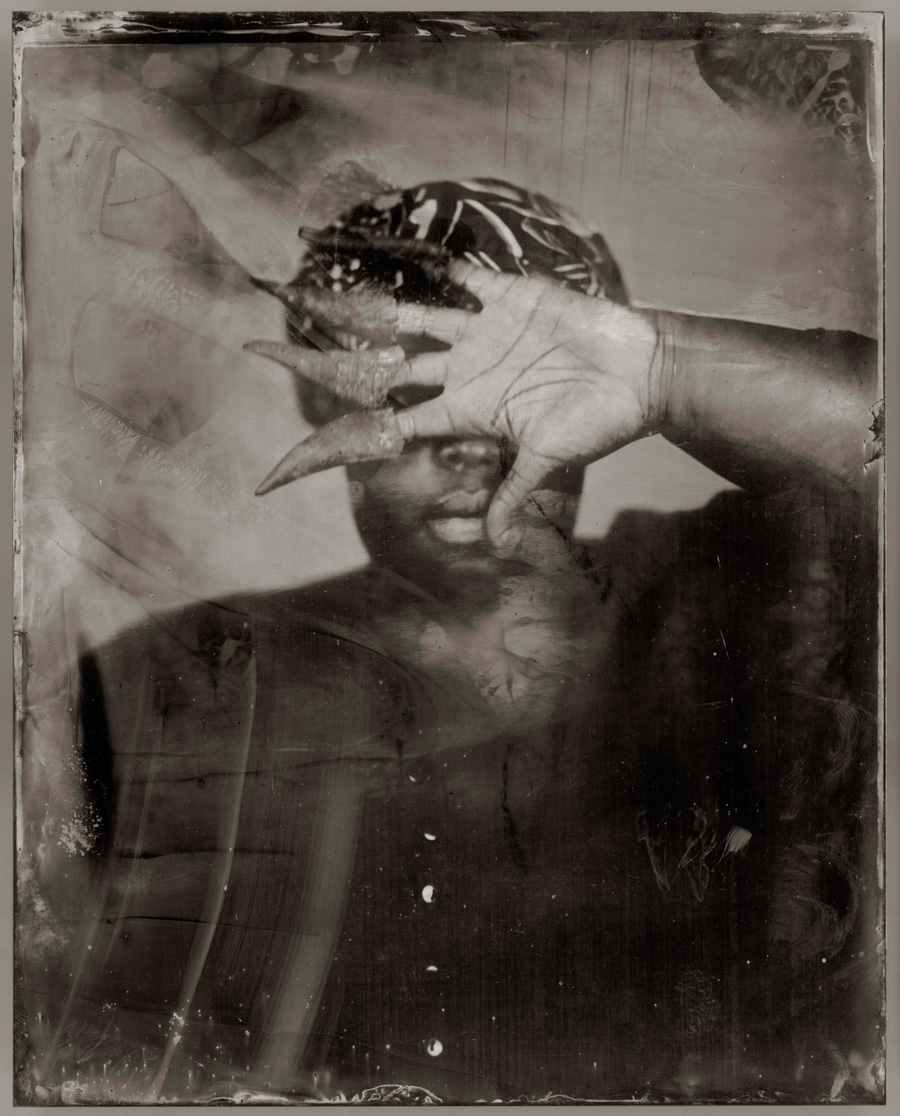 What is important to remember about Grenfell is that it was systemic racism that was the cause of the disaster. The same systemic racism that has made it possible for the ongoing brutal violence and murder of black people in the US and elsewhere, the reason for #BlackLivesMatter and for all the anti-racism protests right now. The Grenfell fire was made possible despite calls by the building’s residents committee requesting fire safety repairs and maintenance. Racism these days is rarely verbal and direct. It comes in the form of deep-seated state and institutional actions and policies and those who act on these policies without question. It comes from what isn’t done and who or what is neglected. So, we must continue to ask, why? We can and should ignore the right wing racist fascists who have been mobilised through an increasing anxiety of their extinction caused by the end of empire, clutching hopelessly to patriotism, nationalism and myths of belonging through a lack of genuine humanist connection with anything. Any discomfort in the work of anti-racism is a necessity allowing us, all together, to break through the impenetrability of structural racism and lever into movement the inertia of comfortability, complacency and ignorance that keeps racism in place. We need to place greater responsibility on education systems to teach children, young adults and others to think openly and critically about history and imperialism. The work of anti-racism can only begin if we all start from the ground up as humans together who are not white nor black. Whiteness is just as much an aberration as blackness is. Both need to be abolished to help remove this blight on humanity. Once that is done, we can really forget skin colour as a complete bunch of nonsense.

Three years ago, Khadija’s life was needlessly taken due to systemic racism and neglect. I look at her work again now and think about how she was communicating to another time and another world. We need to access that realm now so we can discover new possibilities for hope, repair and a different future. That was what Khadija was doing and I think she was onto something. 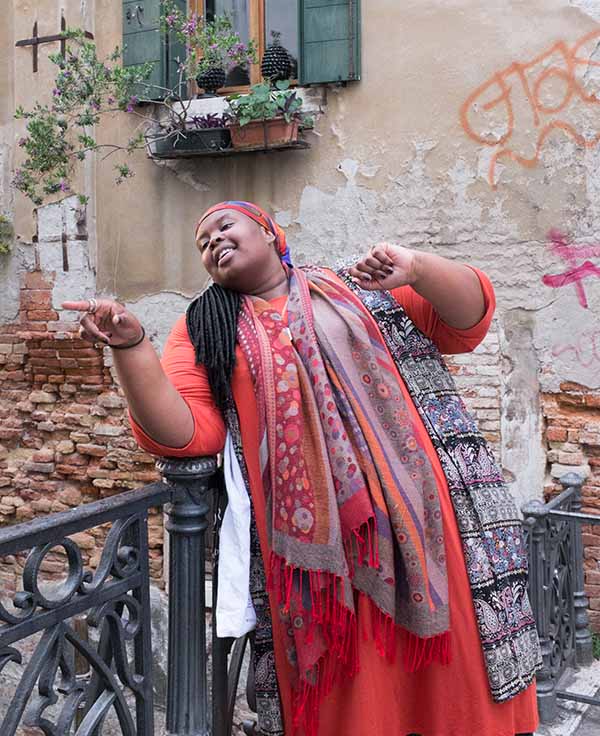