“All are slightly queasy in appearance, the Technicolor saturation making the images unbelievable to some extent, which adds to the delirium of her dream state”. 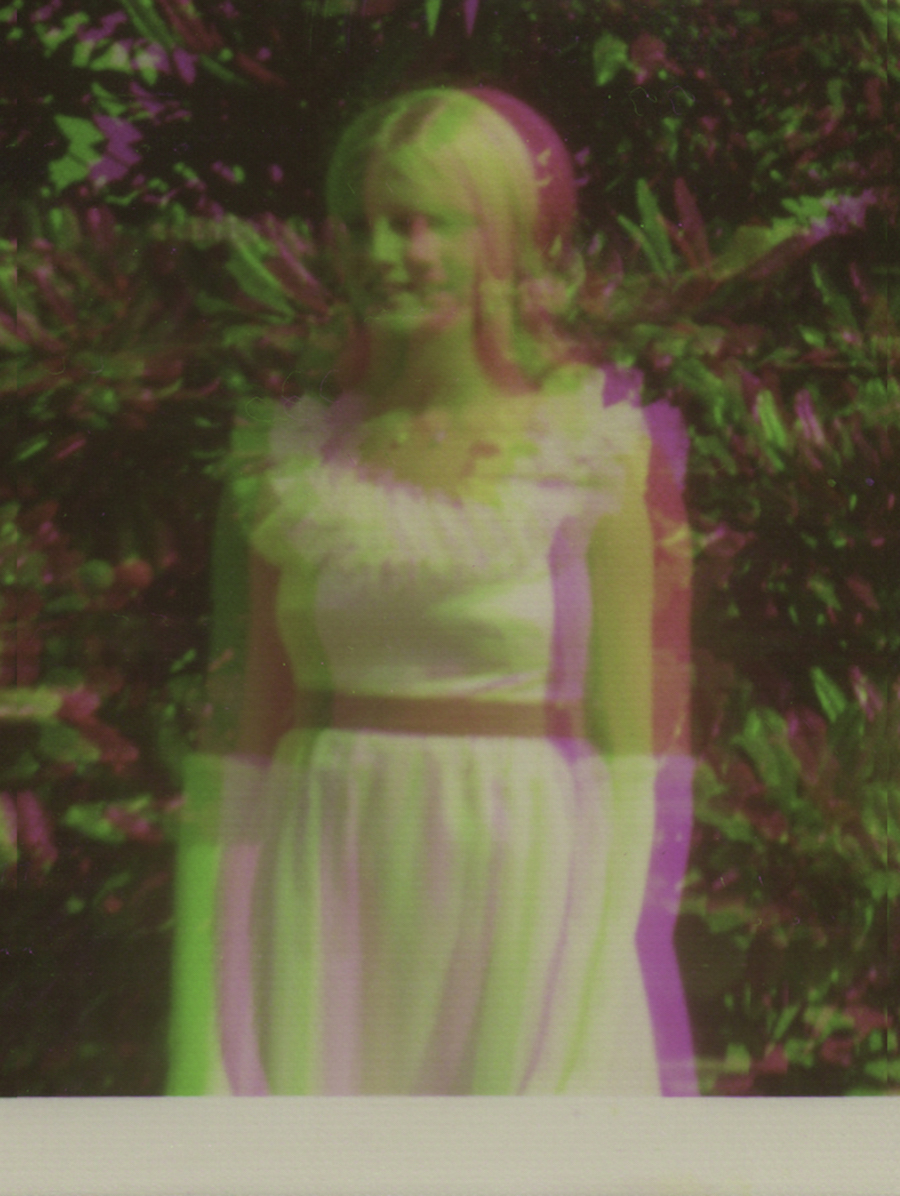 High-intensity color saturation in a photograph creates something of a parallel universe in which things can feel positively uncanny. I would suggest that in terms of historical notation that the Technicolor films of the 30s and 40s have something to do with it. Of particular interest example-wise would be Victor Fleming’s The Wizard of Oz, a film based on L. Frank Baum’s book of the same name. The film itself is divided into highly saturated color and black and white and offers parallel worlds in which Dorothy’s dream states are held in lurid color. Dorothy observes the hyper-saturated world of Oz after being knocked unconscious by a loose window casing during a tornado in her “real” life. Upon waking, the world of Oz and the plot unfolds with generous sequences given to color be it Dorothy’s shoes or the yellow brick road that she follows to encounter the wizard himself. All are slightly queasy in appearance, the Technicolor saturation making the images unbelievable to some extent, which adds to the delirium of her dream state. 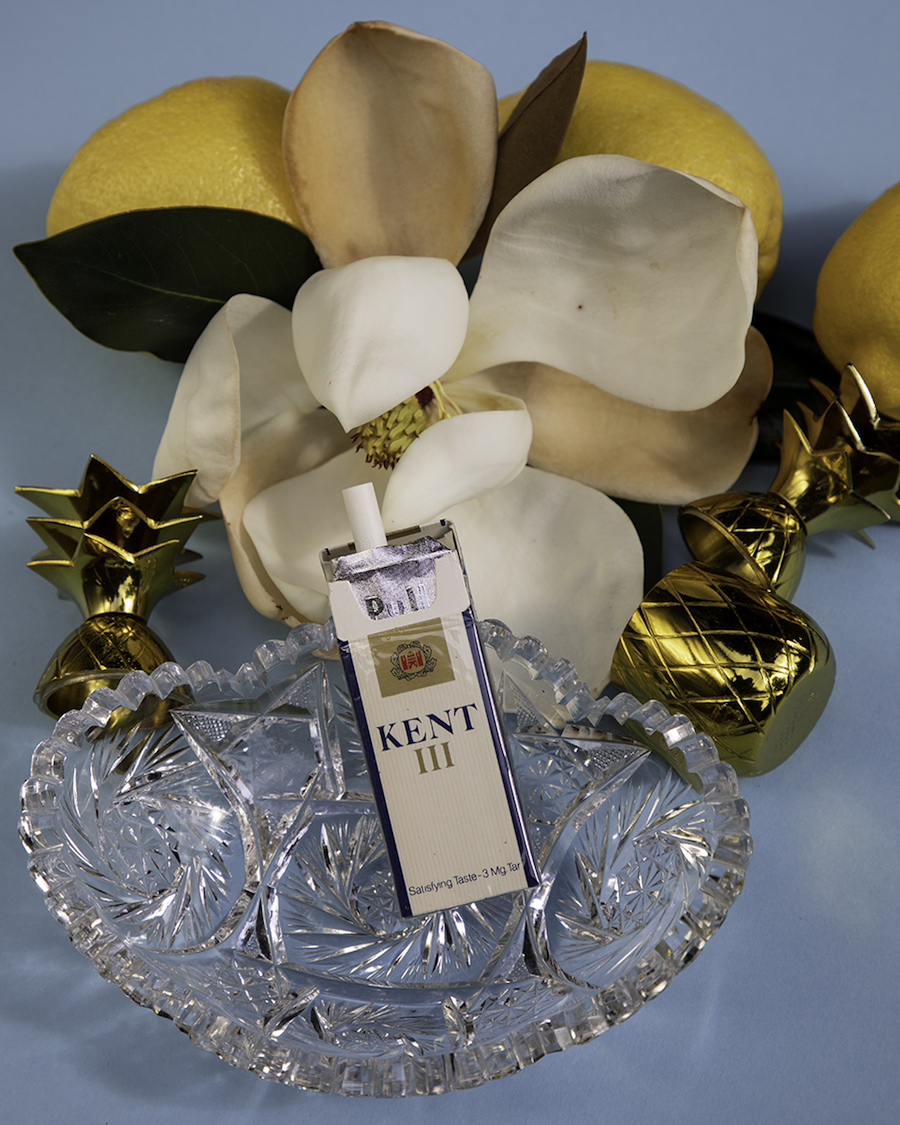 Historically-speaking, this hyper-saturated use of color had also informed the color photography processes of the time with three-color carbro color printing being the closest example in terms of hyper-saturation. Various older processes such as the autochrome also offered this, but the process was glass-based and grainy due to potato starch it used in its development and had limitations both for reproducibility and stability. The three-color carbro print was the best suited process for adverting imagery found on the covers of magazines at the time-its saturation leading to the inevitable desirability of product shots. Paul Outerbridge famously used the process in the 30’s to make some of his most surreal images. Still lives, nudes and interior shots all bear the hyper-saturated color that still remind one today of advertising and Technicolor. The three-color separation produced an ability to tweak and highlight yellows, blues and reds. 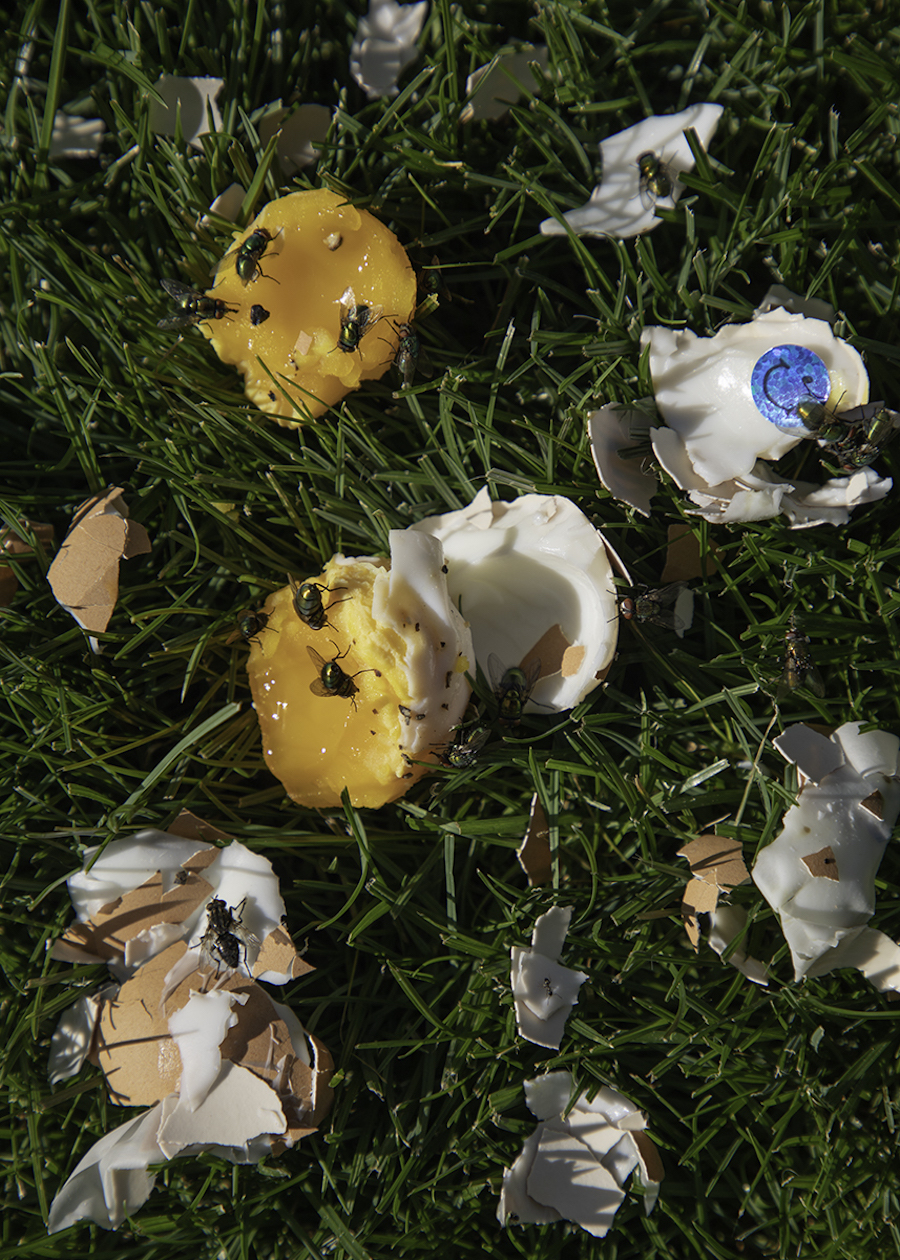 Tatum Shaw’s PLUSGOOD! (Aint-Bad, 2020) is also an apt and unnatural consideration of color photography. Shaw contemplates how color saturation can be re-coupled with a cultural consciousness of the American dream to produce, like the opening sequence of David Lynch’s Blue Velvet, a queer parallel world in which images become unnerving without the viewer accessing exactly why or how. In Shaw’s world, there are odes to the formal history of still life photography as seen in the work of Outerbridge. At times, they are so close (whiskey, Kent Cigarette, Children’s bread mask) that I am caught in the middle of re-examining when Shaw’s images were created and I am left observing the timeless feel of the images that aid in their uncanny reading. There are a number of these anachronistic devices spread throughout the book and the result pushes and pulls the viewer into a false sense of security both by means of otherworldly-ness perhaps best exemplified by the uncanny use of Sun Beam White bread, Kent Cigarettes and of images that show the various layers of color separation. 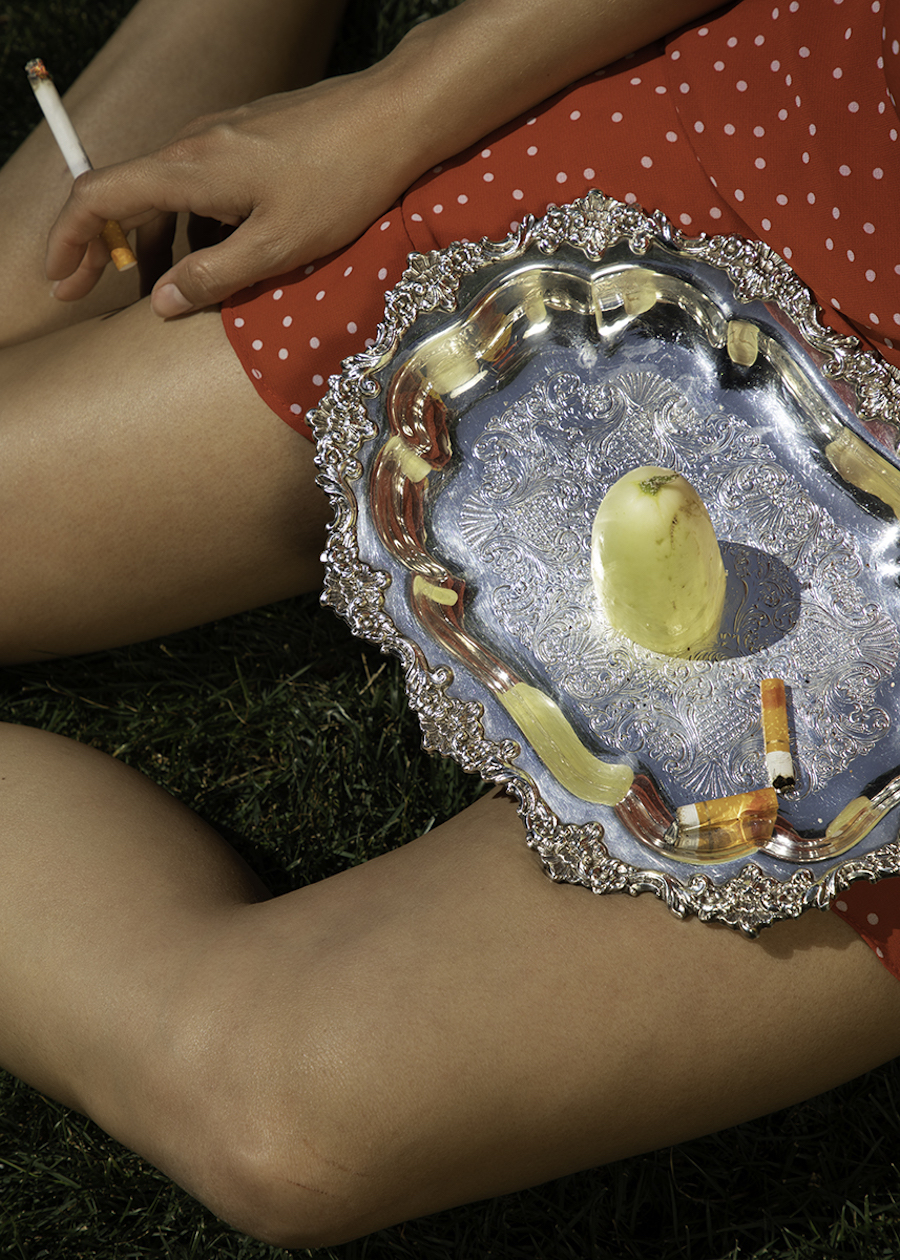 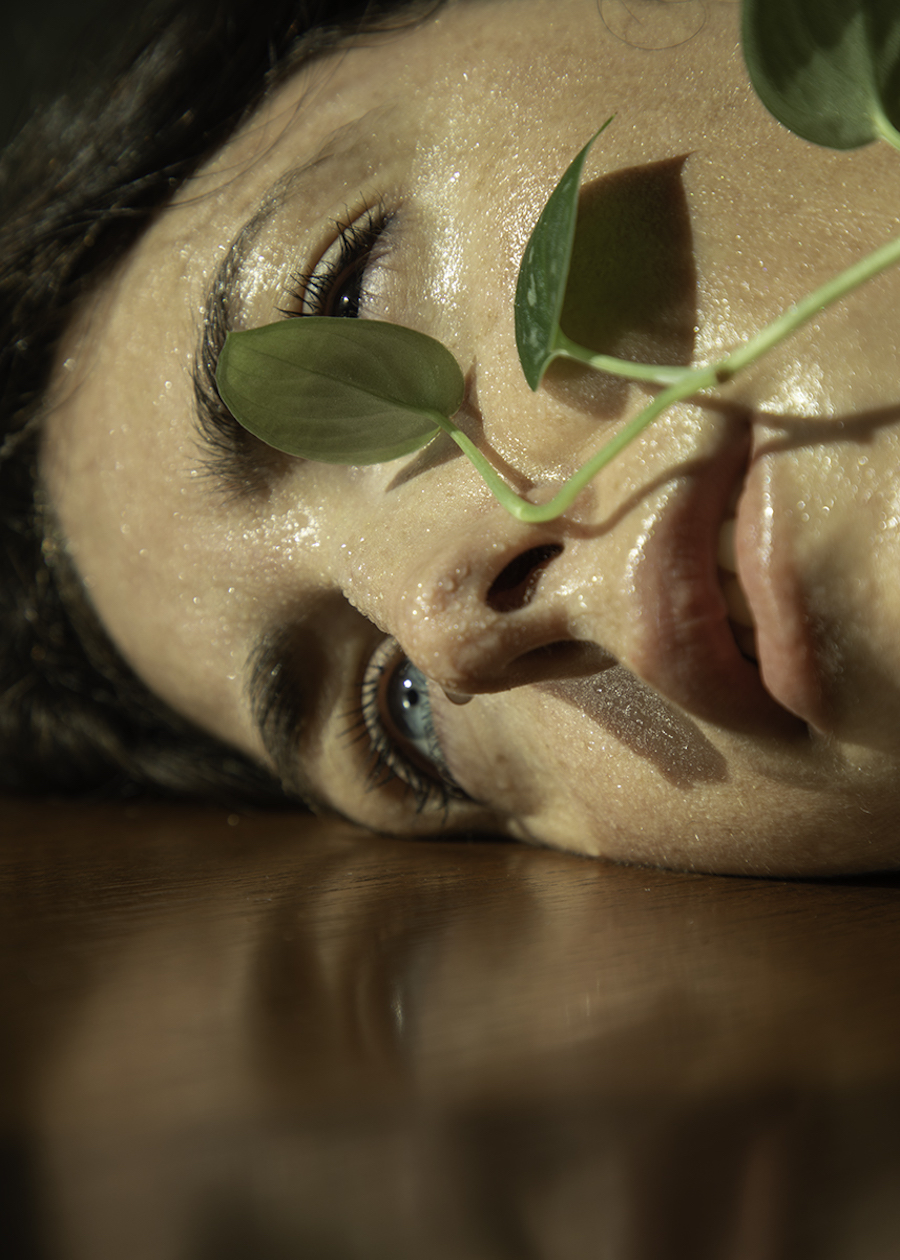 Shaw’s world is, though exceeding in color saturation, purposefully white. The white bread and its advertisements that appear throughout are the consistent signifiers of the dozy post-war America idealism that has been ingrained in our collective memory and function as object metaphors for America itself. In some senses these false memories, these plants or embedded props offer a condition of America that never existed as opposed to a sentimental nostalgia. Instead, particularly shared or evidenced by the cutout mask of the little girl or the flies on the hard-boiled eggs, Shaw’s America is fecund with questions about representations of America reminiscent of passages of Buck Ellison’s book Living Trust, published by Loosejoints. However and somewhat aptly, Shaw uses one billboard image of a baptism to conduct a larger dialogue with otherness within the work that can be considered a fragment of the Real. The billboard image of a black man being baptized speaks on salvation and the church, which suggests an America obsessed with Catholicism or at least a spectacle thereof. 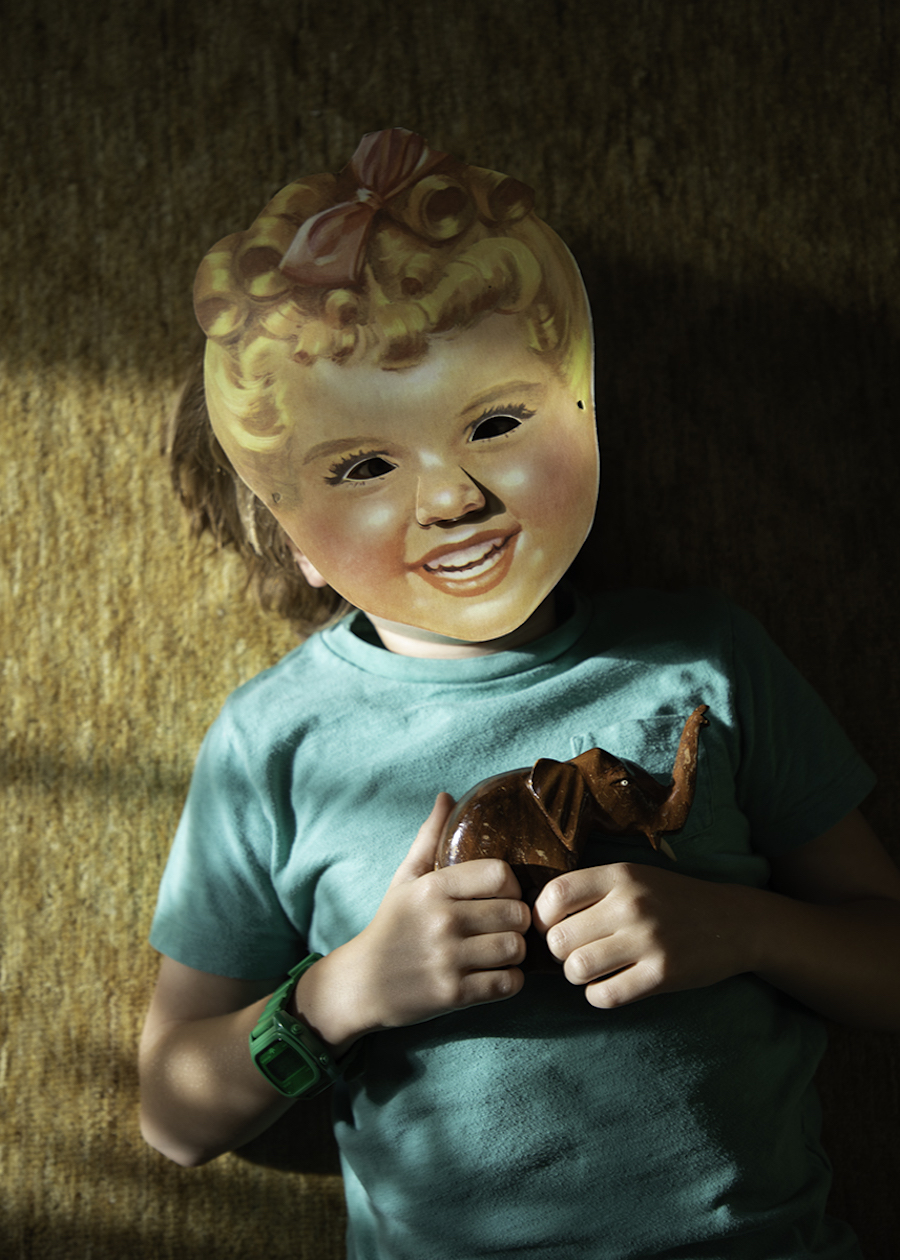 Though I do not believe that Shaw is determined to present a much larger dialogue about American identity and race, I do believe that PLUSGOOD! exists as a parallel possibility. It is not a social justice project per se. The images of the white bread and the sitters inside are what can be referenced to as anxious images which bear the hallmarks of the uncanny through their plasticity and unnerving condition in which anachronisms sponsor much of the work from the Kent cigarettes to the croquet balls.

The pregnancy element that runs through it all also gives an added weight to the images about the birth of America or the miscarriage of its ideals (perhaps). I feel as though by my investigation, I am promoting a sensibility that may not have been Shaw’s original intent. Instead, perhaps his point of view is related more to surrealism and subverting the false nostalgia of the American dream in favor of a playfulness that oscillates somewhere between Torbjørn Rødland, Maisey Cousins, and Roe Etheridge. The book is as complex as you wish it to be, but I can fully recommend it as something conversely uncomfortable and alluring, much like America itself. 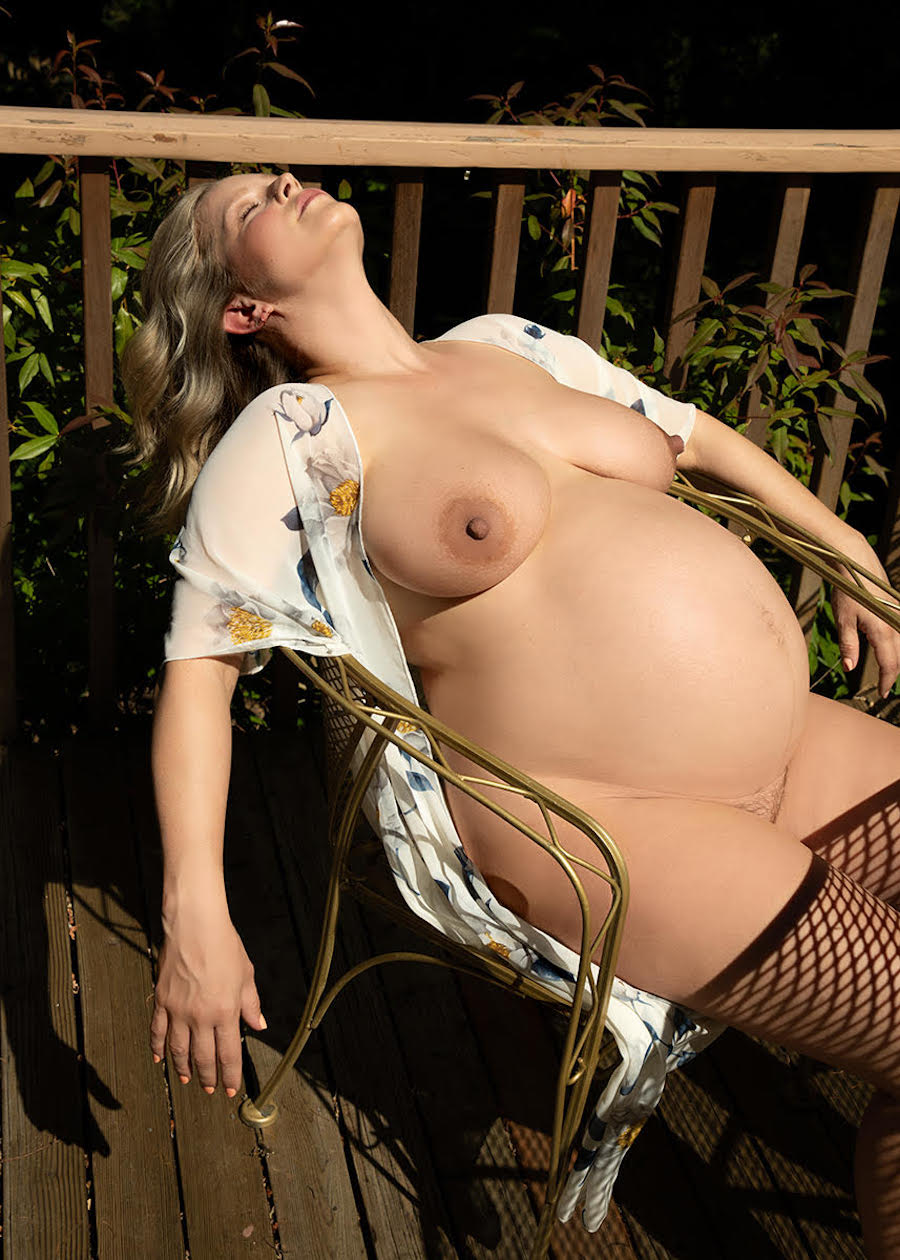