“I apologize that so many men were mentioned. You have to understand that the books of history are uncomfortably weighted towards testicles”

The four ages of Europe are calculably illustrated by the sword, the canon and the slicing wing of the dive bomber. Existing in the margins and the periphery, the ateliers and the scribes documenting these ages are nestled in deep for long winters. The format of the historical is rolled out- its long and cracked vellum bound scroll illustrates times filled with rubble, ruin but also times filled with energies unparalleled by comparison to what came before. Each of these four ages is separated by decisive displays of bodies, of angles and of casual marks adorning casual pieces of wood with nails excised and surfaces fraught with a tension surpassing its casual usage.

And there were bodies. In every one of the four ages there were grids and petite manifestoes of light and abstraction. These manifestoes were exacting in their delineation of how they were constructed by such vulnerable hands whose lithe forms rest against the tatty curtains of modernity charismatically endeavored to drawing close each age in despair. The ages expand like a net and cast small square shadows over ample breasts, over sagging scrotums and over unshaven and fertile stretches of cavernous and folded flesh. Its aim is to quantify. Its origin is mechanic and productive. And you have to promise to never let my fallen body be buried in soils corrosive with new ideologies as it would betray the very skin that holds my sagging self together.

Peter Puklus’ Story for Self Publish Be Happy is indeed Epic. The book is a fatted doorstop of diminutive size and is uncharacteristically adept in its use of bountiful numbers of images. It’s a huge little book if that makes sense. It feels like it is a Tarkovsky film in the form of a book that examines the last hundred or so years of Europe. Perhaps it is actually a less monochrome Bela Tarr Film. The book chronologically starts in the present and digs backwards into the past. It uses the tableau of still life, but also the nude. The nude is something that is often disavowed these days. It seems to have been set down as a tool for expanding narratives due perhaps to legitimate claims of representations of gender, race, etc. Puklus uses the nude as a study not only in form and environment (atelier debris), but also the implicit conjecture about photography’s visual canonological history.

“These manifestoes were exacting in their delineation of how they were constructed by such vulnerable hands whose lithe forms rest against the tatty curtains of modernity charismatically endeavored to drawing close each age in despair.” 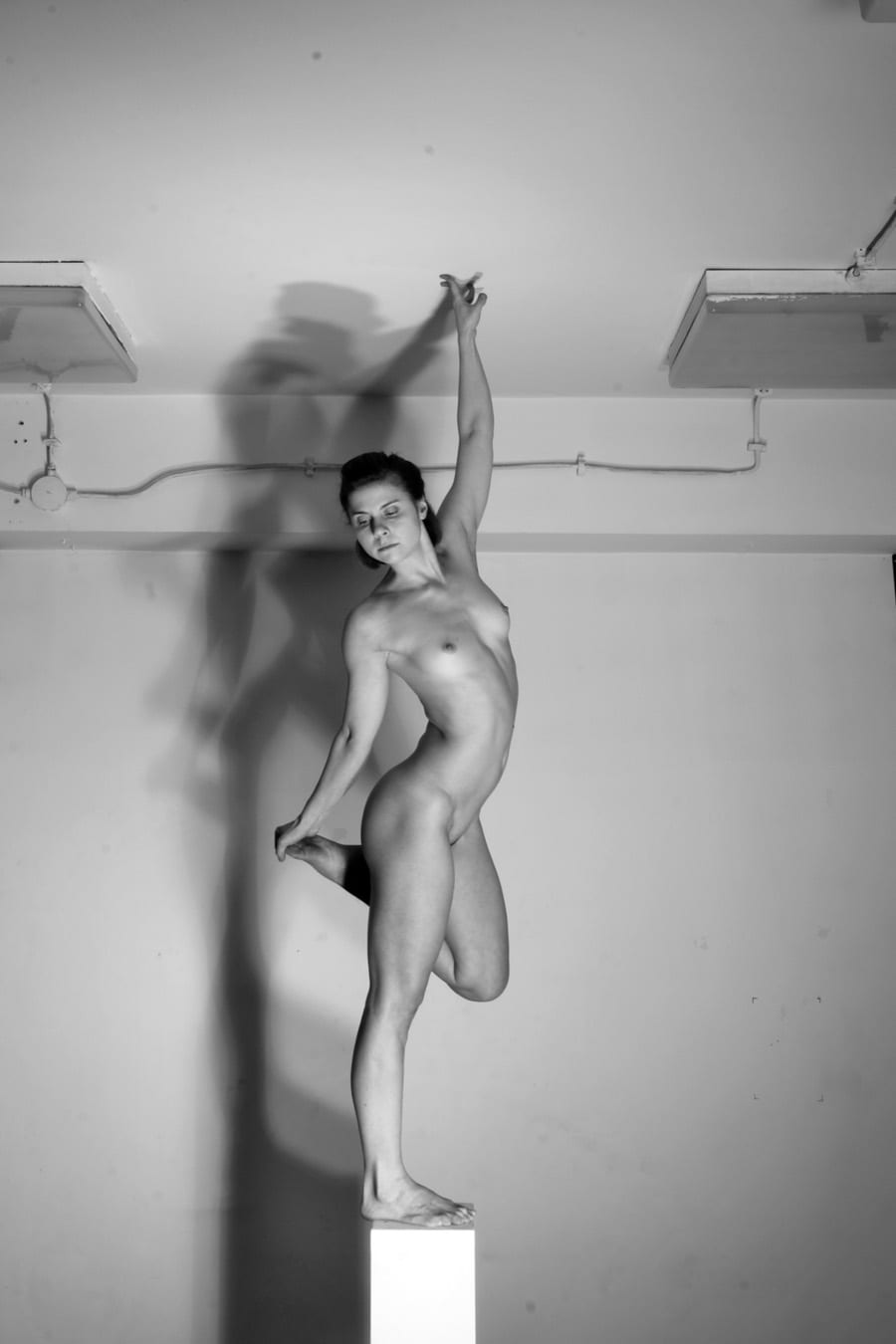 The images seem gleaned not only from the political possibility of Europe’s dark ages, but also the historical photographic image or the books published about them. I am reminded of Munkasci, Drtikol, Paul Kooiker, The Pan-Germanic FKK Movement, Koppitz, Man Ray, but also of the compositions of Jaromir Funke and many other Modernist masters. Perhaps most strikingly would be to include Paul Outerbridge, no matter his geography. I apologize that so many men were mentioned. You have to understand that these books of history are uncomfortably weighted towards testicles. If it should make one feel better, I will throw in Trude Fleischman, Lotte Jacobi, and perhaps Leni Riefenstahl (sad she was a Nazi tool isn’t it) for good measure.

The images, though somehow stylized by echoes of the past are completely singular in their contemporary author’s distinct handwriting. They are clearly identifiable by means of common recurrences, but also the compositional and metaphorical possibilities. I recognize the man, the auteur behind these images, no matter the glib use of era titles like “The Age of Techno”. The use of the still life, the compositions of form, the images of the body aping the metaphors of political idealization by the use of body as sculpture and the sovereign glimpses of building facades tie the work together. Of note, there is one singular element within that I find perplexing. It is again the use of the body, but it is the use of the naked body as dead matter. The statue or body as a corpse surfaces several times, though its gender changes. It is not one body, but several. Perhaps this is commentary on dead ideologies and the shifting nature of European post-war political realities. I am not quite sure what to make of it, but its value within the book makes my thoughts stumble a bit, but in a provocative and good way as a dead body should.

Overall this book is one of the best to have come out this year. It is prescient in its potential to discuss the current state of European affairs, but also the past, which led us here. It is grievously beautiful to page through and it is unashamed at weaving together a rather large surplus of imagery that might be edited out by a publisher or artist trying to impress the photography book crowd. It is an ambitious project by an ambitious artist and an ambitious publisher and I don’t think I have seen another book quite like it. The closest I get to is Ken Schles’s “A New history of Photography”, but the aims are different and it is does not pander to exactly the same order. It is highly recommended.

The Epic Love Story of a Warrior

Self Publish Be Happy