“This haze is thick enough to punch a hole in. It is my belief that on the other side of this obscuring blanket is simply more haze”.

I sat standing on the barricades from the tipping point of Europe over a lengthy interlude. The haze of the fires shrouds the cities in complete unease. This haze is thick enough to punch a hole in. It is my belief that on the other side of this obscuring blanket is simply more haze. When I suggest to you that I stand on a tipping point, I do not simply suggest a tipping point in which nation’s may simply collide over political rhetoric or ideology, but rather a tipping point into the chasm of irrevocable inhumanity.

The fog of wars, the fog of personal interest, and the technology to exact a multitude of discomfitures produces in me a terrible and burning desire to lie motionless on the ground. My eyes are no longer implicit in understanding what is in front of me and what the implications are for my survival, let alone the survival of my loves, my children, my idiotic vision of myself as happy lineage to a legion of humankind before me. To lie down on the smoldering flames feels reasonable. It suggests an aptitude of response for generations of those born without futures. You desire to recant and tell yourself that it has always been this way. That there has always been bloodshed, war, greed, and those lives who pre-existed before your own shared your sentiment on this warmed ball of rock some incalculable distance from a warming sun. But it isn’t that way. It is the precipice of nothingness that splinters and refracts the sun through the dense fog in front of me that pardons this small moment of hope. The same refracted light waves that bend, become malleable to the fog then disintegrate into imperceptible truth of decay. From the battlements and the harshest of winters, the blazes of burnt plastic thick with a choking smell contribute so much nothingness. To contribute nothingness, atop of nothingness where my political posturing and the seeds of change I thought I could sow are simple grist for the fire’s blanketing consumption. There is no longer a way out for any of us…just pure annihilation. 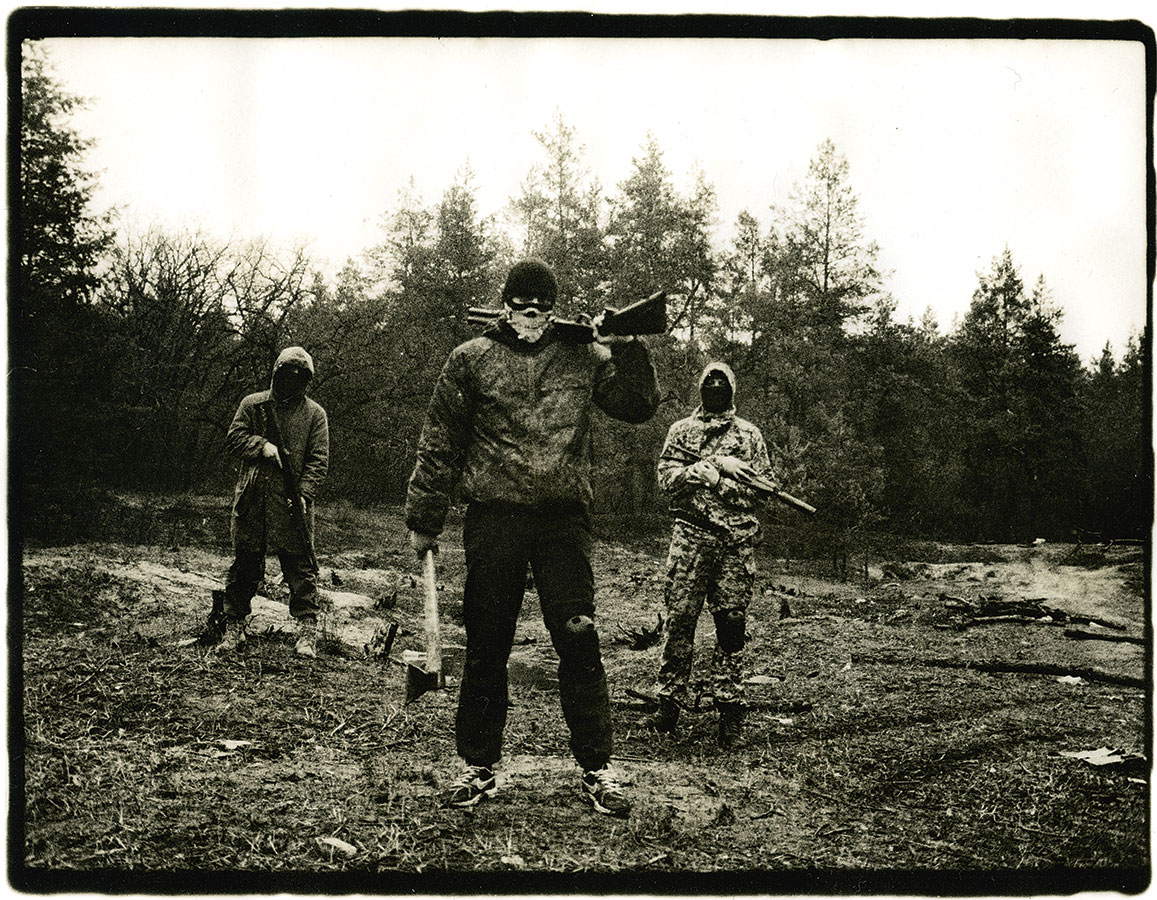 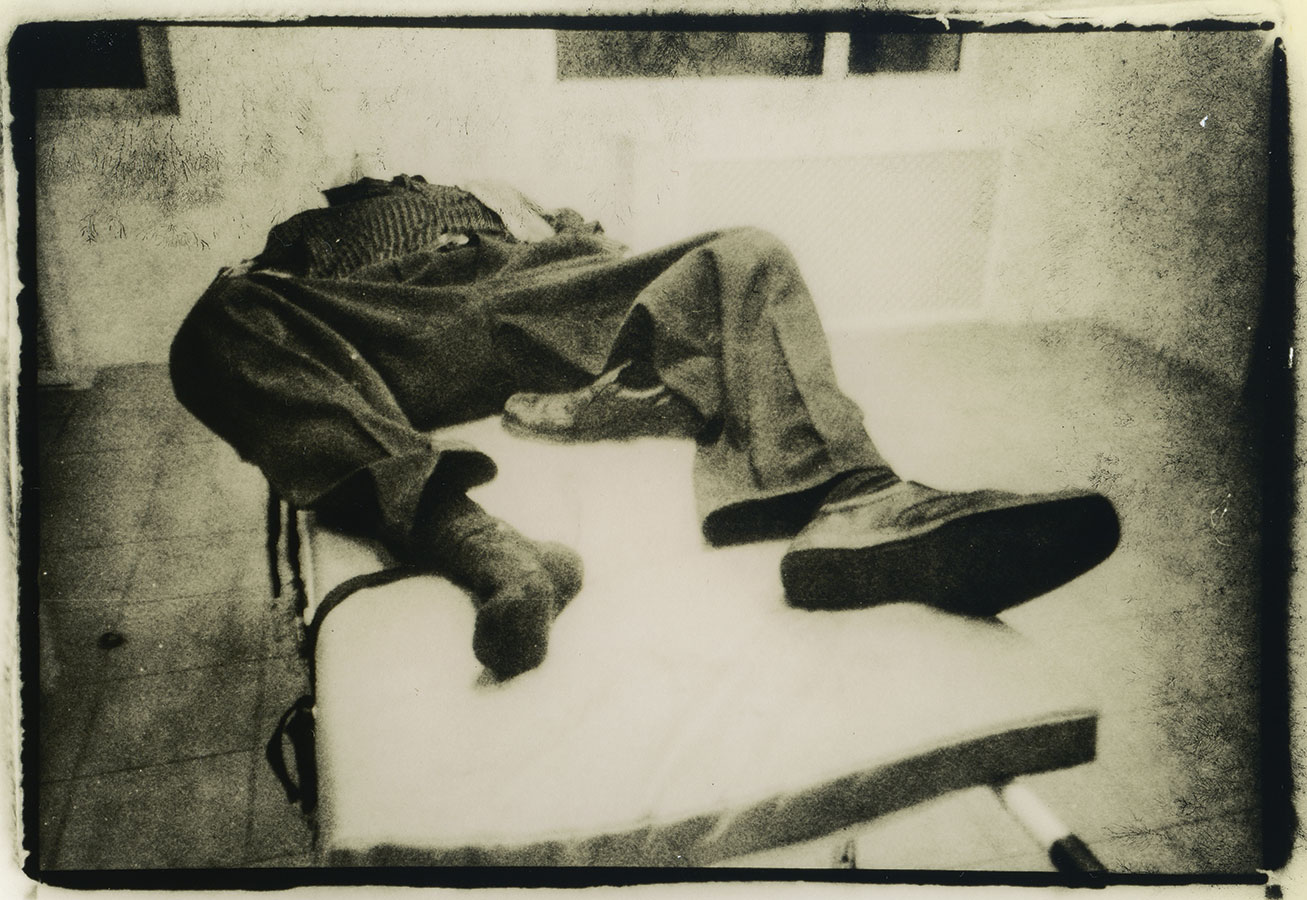 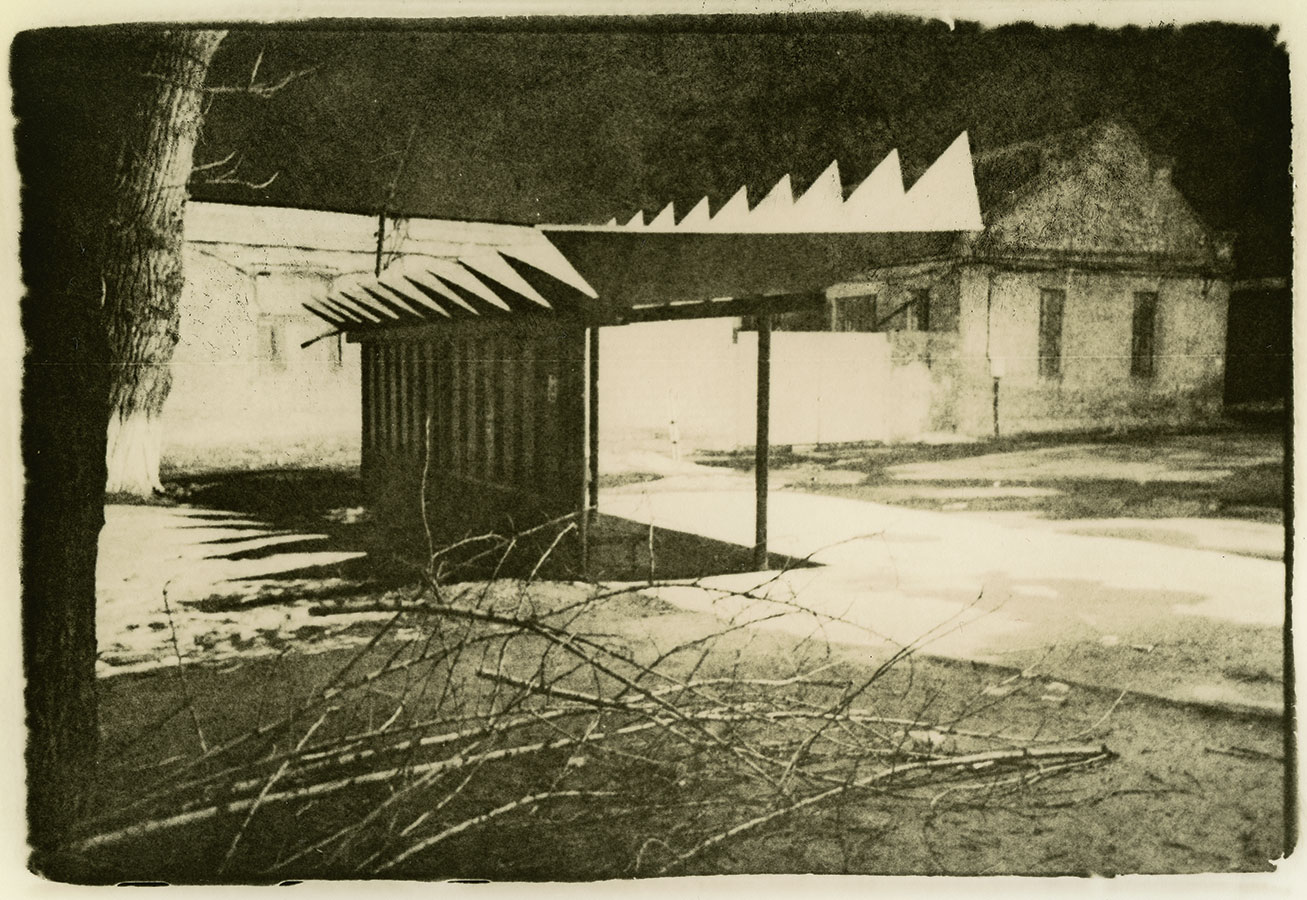 “The images are grainy, almost as if you mixed salt and pepper in a concoction and then continuously sprayed it in the eyes of the viewer”.

Chronicle by the Shilo Group (Sergiy Lebedynskyy and Vladyslav Krasnoshchok) is a field guide study in monochrome of various fires lit to burn various bridges across the Ukraine. The Ukraine itself is one of several tipping points for the colostomy bag of European border disorders. At once desiring to be European and in union and at once desiring to be Russian, the country has produced a fair amount of global tension in recent years. That is to say rather, that the country has been exploited for this purpose. Missile defense shields, gas lines, NATO, you name it, the bulging uncomfortable geo-specificity of the Ukraine creates a tenuous land in which the photographers have documented. The images are grainy, almost as if you mixed salt and pepper in a concoction and then continuously sprayed it in the eyes of the viewer. I struggle with the idea that the images mean anything at all. I can no longer infer meaning to political strife, nor the notion of truth in the photographic document. What I can say is that the overall aesthetics of these moments would make me shudder if I could feel anything at all when looking at them in the end of November 2015. I am simply desensitized. If you want corollary measure, you can look to Yevgeny Khaldei and his image of the hammer and sickle being raised over the Reichstag in 1945, or dig a little deeper into the photographic grain and you will turn up Boris Mikhailov, or perhaps best, images by Dmitri Baltermants, all whom share a similar aesthetic. This aesthetic is technical to a degree of film choice in cold weather; in the case of the Shilo Group it is consistent with their vision. The book is cold, for certain.