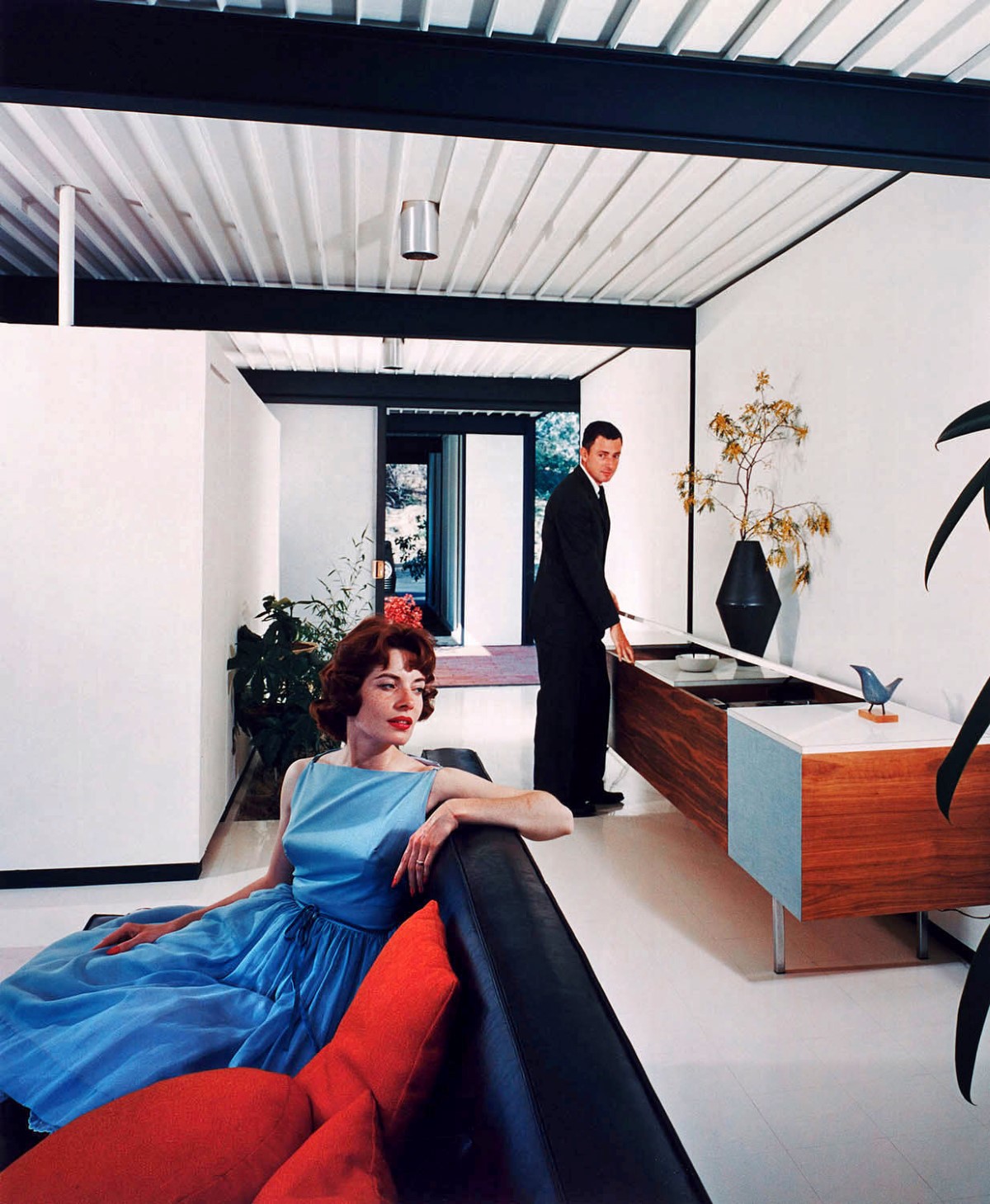 “Now the point is in those days, out of $179 income, photography equipment was minimal, the kind I used. Photography film and paper–I did all my own work. Enlargements cost you maybe five cents a piece of paper, for an eight by ten sheet, if that much. And the film was pretty cheap.”

JULIUS SHULMAN: Now, the point is I used to get two dollars a piece for these pictures.

TAINA RIKALA DE NOREIGA: How much profit did you make from two dollars?

JULIUS SHULMAN: Well, if I would take three or four pictures, and then if they ordered reprints I’d make a ten-dollar order. The strange thing was in this little notebook I was mentioning, I kept my accounts on the back pages of the notebook–there’s a space for monthly accounts–and I would enter January through December, the income I had for that. For example, this particular month I was looking at one day when my friends were here, I made $179 for the month. We lived in a four-room flat and I had a darkroom at home and I paid $25 a month rent. And did I mention last time we were talking about how I spent fifty cents? I think I did.

TAINA RIKALA DE NOREIGA: Yeah, to go to the market.

JULIUS SHULMAN: To go to the market. And I got ten cents change after buying four major commodities for ten cents apiece, whether it was milk or eggs or bread. Bread now is two dollars plus a loaf, as you know. Now the point is in those days, out of $179 income, photography equipment was minimal, the kind I used. Photography film and paper–I did all my own work. Enlargements cost you maybe five cents a piece of paper, for an eight by ten sheet, if that much. And the film was pretty cheap. 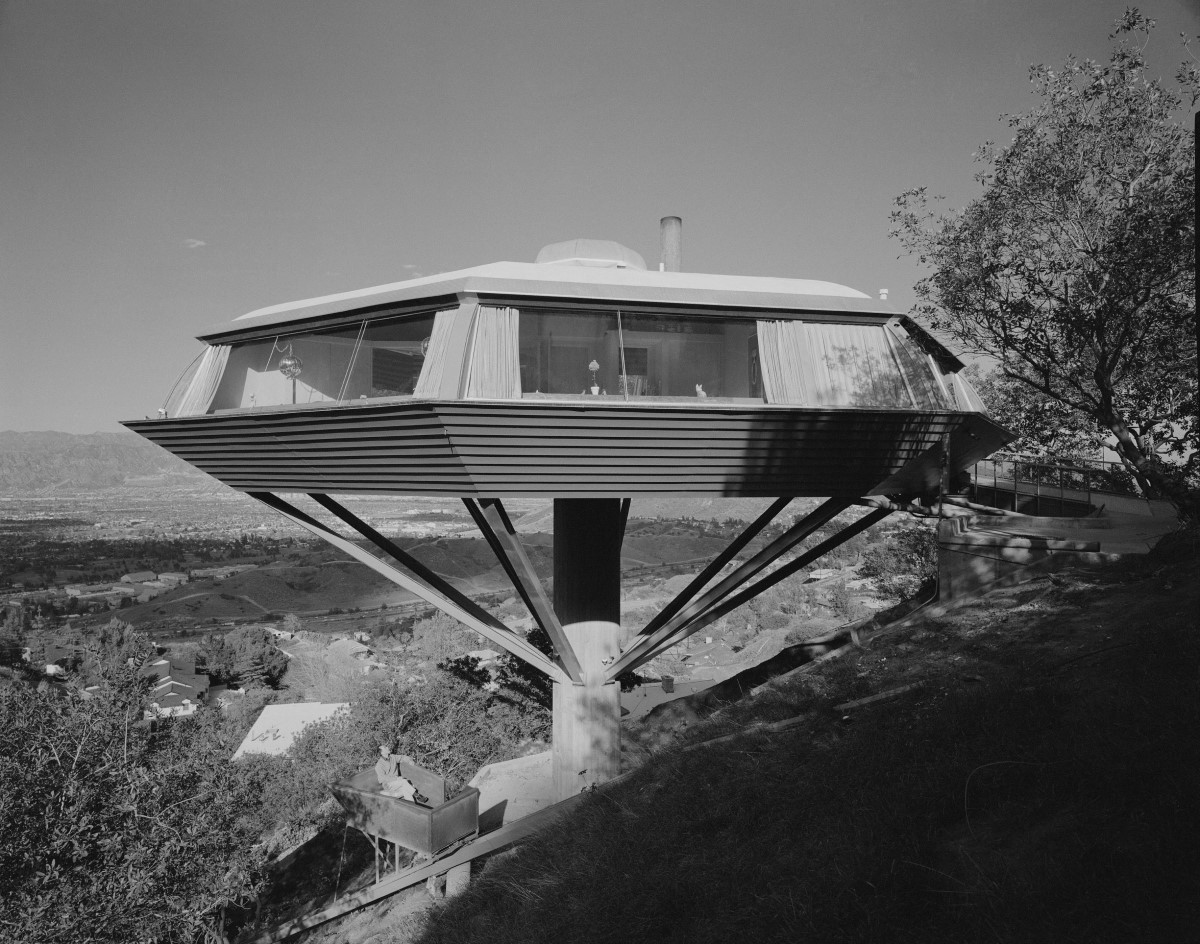 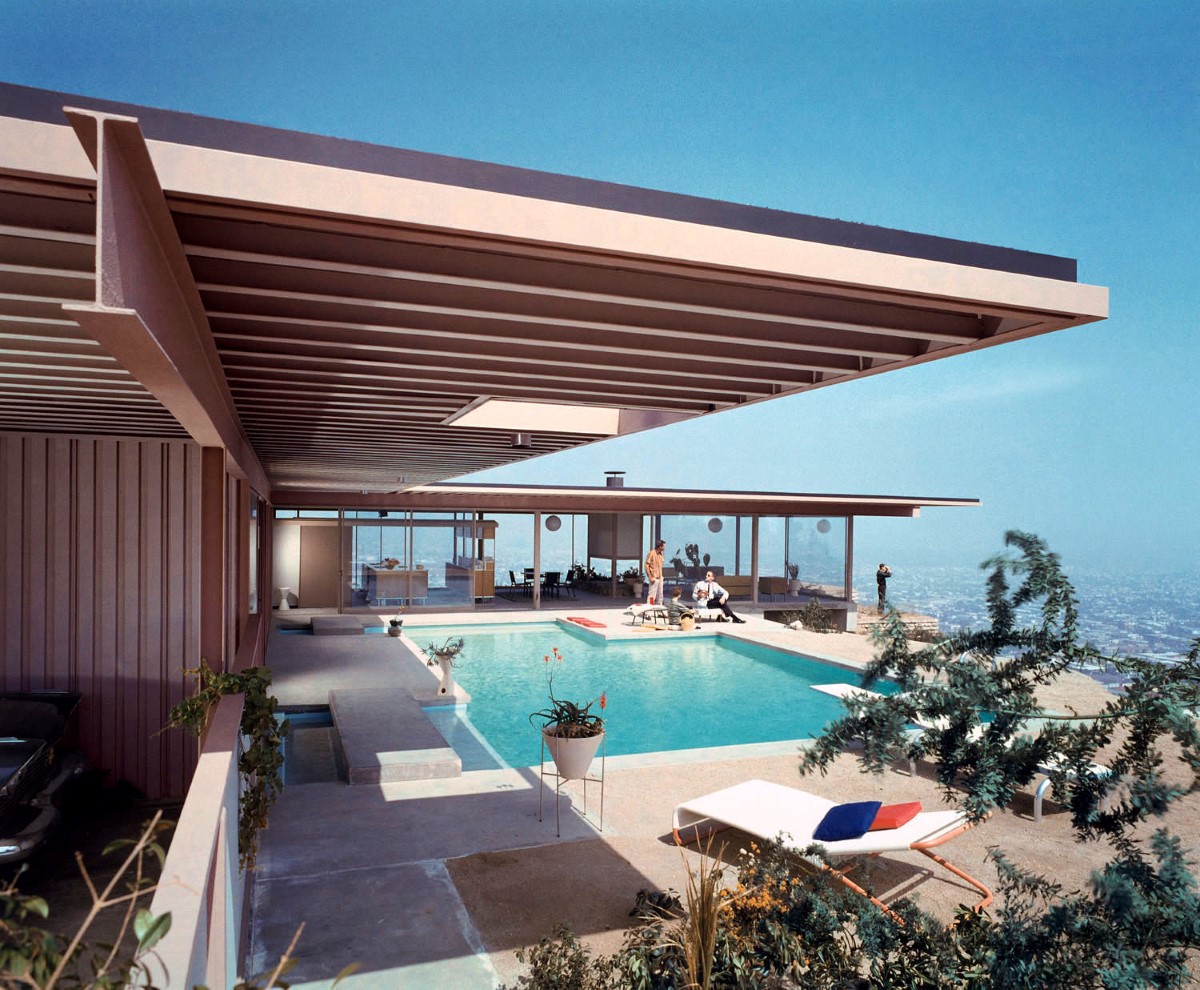 Case Study No. 22, Pierre Koenig @ the Estate of Julius Shulman

“But the thing is, in the early years of photography there was no need to specialize in terms of pursuing a career and making money. The most important thing was I was becoming known and I was able to work at my leisure.”

Everyone made a living, somehow. Including the manufacturers who produced the film and the paper and chemicals that goes into… And when you work at home alone, you can’t help but make whatever profit. In our thinking, we were not involved in making a big business, because this was new and I didn’t know anything about business. I used to take photographs, and I also would deliver an eight-by-ten print with each picture I took without charging–as we do or everyone does even in those days. They always charged for reprints. I never did. I was naive, and also to me money was not the issue. I was becoming a successful photographer from day one, and I was taken by the fact that I could make a go of it–which I did quickly.

And I learned, as time went on… For example, I went in the army in October ’43. In September of that year, I had photographed the new synthetic rubber industry plants down at the south end of L.A., and I made three hundred dollars that month, which was a lot of money.

JULIUS SHULMAN: And then during the two years I was in the army, the Museum of Modern Art kept ordering reprints from my wife, who held the negatives at home. She lived at her mother’s house at that time, so we had no overhead. She would send the negatives out to a friend of ours who had a commercial photography studio who made prints, too. So we had an income even during the war years, the two years I was away. Plus my $36 a month income as the first several months as a private, and then I became a technical sergeant, and I think I was earning more like $50 a month. That was a pretty good salary and that money went home.

But the thing is, in the early years of photography there was no need to specialize in terms of pursuing a career and making money. The most important thing was I was becoming known and I was able to work at my leisure. My wife and I had a group of friends who enjoyed hiking and camping, as we did. And every time there was any kind of a holiday we would all go together to Death Valley or Sequoia, Yosemite, Grand Canyon, and we’d find places where we’d go visit and go camping. And as a result, whenever there was any chance to get away we would. And we never paid much attention to business. We were more concerned with producing us a lifestyle, as such.

JULIUS SHULMAN: And this is still prevalent today in my life. Always has been during my career–although during the fifties, after the war, I became extremely swamped with work. Before we built this place where we are now up in the hills, I had rented office space, darkroom space, it was in a little apartment house on Sixth and Western. And on the third floor I had rented what used to be an old apartment. I converted it into an office and darkroom. The kitchen became my darkroom and my enlarging room was part of the living room–I made a partition there. So for thirty or forty dollars a month rent, I was able to have a pretty good workshop. And it was only a couple three miles from where we lived at my mother-in-law’s house. Because by–this was ’47–by 1949, we were already building this place where we are now. So for two years after the war–four years really, round numbers–I worked in a commercial sense in a good location. I didn’t have anyone coming up to the place so I didn’t have to worry about opening up a certain time of day, closing a certain time, waiting for people to come up to see me. All my business was conducted on the telephone, and I would make deliveries myself. I would deliver the prints right directly to the architect. It was very personal work.

So, suddenly, my byline was beginning to pay off. I was associated, especially in the postwar years, with being one of the few architectural photographers in this part of the country–on the west coast even.

EXPLORE ALL JULIUS SHULMAN ON ASX