“I was at the time considering how closely cyanide and almonds share a space on the tree of life, blissfully co-existing to produce milk for incompetent digesters while also nestled very close on the same branch which gave Himmler a soft exit.”

From the kitchen, I could hear faintly “Look after your milk”!!! It was some sort of sideways directive that my blonde partner shouted at our blonde twenty month old. I was at the time considering how closely cyanide and almonds share a space on the tree of life, blissfully co-existing to produce milk for incompetent digesters while also nestled very close on the same branch which gave Himmler a soft exit. I was putting all of this together and thinking through what it would mean to look after my own milk in none so vexing pornographic terms. The sexual innuendo of which linked to the obtuse information about cyanide and almonds had me lost to an interior world in which the twentieth century and its antics were dancing in my head.

About five minutes after thinking about almond milk, the trial of Eichmann in Jerusalem and how skinny Goebbels had become during his capture, I picked up the new book by Paul Kooiker entitled “Eggs and Rarities” co-published by APE and Dashwood which I had been saving in order to give it some time instead of a flippant quick page through. I could not have forecast any better random thoughts to have preceding the investigation of Kooiker’s large and beautiful new tome of photographs that coincided with his exhibition at FOMU, Antwerp. The grey and blue cover with its unusual, but perfectly clear choice of polished mirrored silver fore-edge coating felt like a heavy jewel in the hands before I even opened it to examine the content.

A typical Kooiker affair ranges from his early days in which he was more focused on Dutch topography with its dull listless nature and politely sensible grey spaces of non-interest. This is due in my mind to his post-war youth and the implied memories that may have shaped his early days-WWII held fascination for both liberators and sufferers alike, even generations after the event. His later work would be characterized by images of the nude female body, often plentiful in form and posed delicately on a table to invoke both Hans Bellmer and Dutch still life painting in equal measure-noted for their use of orange also giving colorful symbol his nationhood (not alism. This is important). He has recently taken a small sideline into fashionable images, rather he has worked with none other than Rick Owens on a shoe wear campaign and has also had an exhibition in Mexico with Hydra+Fotografia in which the psychological fetish state of footwear he analyzed and delicately photographed and made into an exhibition with Ana Casas Broda. In between the major movements of his career he also photographs cigars, zoos and his family (slightly less publicly). All of this makes for a sensibly and long cast shadow from Dr. Freud.

“You feel like Balthus is in your grandmother’s kitchen and may be preparing the almonds in a slightly peculiar way as the lazy afternoon sun casts high contrast beams on the stray human hair nestled in with the souring basket of fruit on the worn wooden table just waiting to get caught at the back of your daughter’s throat.” 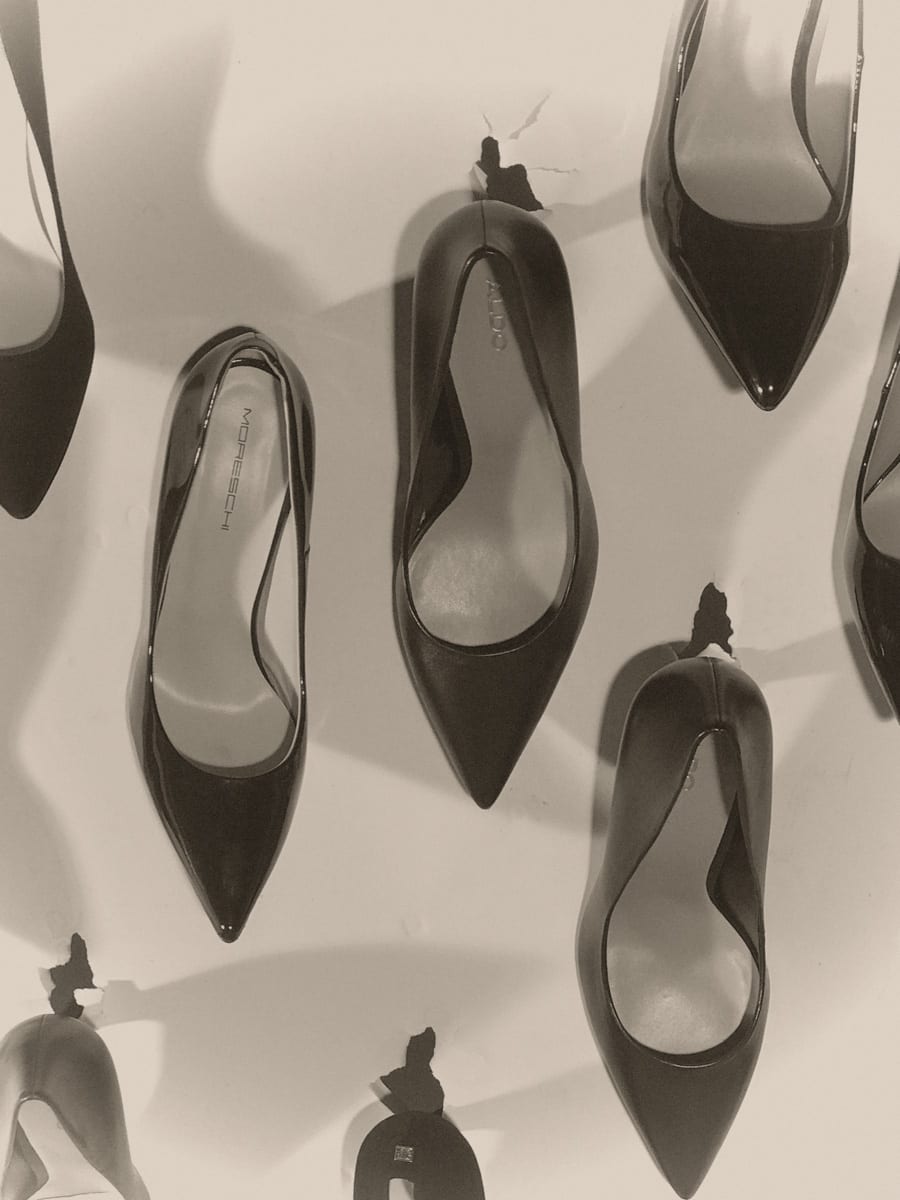 When I look at Eggs and Rarities, I see all of the major themes of Kooiker and his interior world at play. The major tenets are covered and that unnerving overriding sense of the surreal is factored in heavily. The debt to the periodicals of his youth, perhaps National Geographic, but certainly the illustrated newspaper and photo magazine, along with an indebtedness to modernist photography and perhaps the surrealist Eli Lotar, creates a fascinating place in which the more interesting ghosts of the twentieth century are all invited to the party at Paul’s place. Paul’s aesthetics are fairly unique in the times we live in. They are heavily focused on psychoanalysis and the body and do not shy away from mantra-like repetition. Unafraid to be vexed by the absurd and the perverse, Kooiker continues to exemplify the best of the traditions mentioned above, but with some amount of resolve to work without censor. You feel like Balthus is in your grandmother’s kitchen and may be preparing the almonds in a slightly peculiar way as the lazy afternoon sun casts high contrast beams on the stray human hair nestled in with the souring basket of fruit on the worn wooden table just waiting to get caught at the back of your daughter’s throat.

This title along with Nude Animal Cigar (also APE) is probably the most successful of his books for me. They come at a time when his career is hitting the height that it should and thus gives him access to printing books properly and not just in zine form, which are also nice, but not as nice in the sense of the enjoyment one receives from an object like Eggs and Rarities.

This will certainly be on my end of year list. I like that Kooiker, possibly the most understated artist that I have had a beer with is able to unassumingly put material like this into the world.  He seems to avoid be hen-pecked to death over his use of particular images and the inclusion of his family solidifies this title and the exhibition as a personal and transcendental retrospective life catalogue of sorts. Though it does not seek to gather the material in such a way, you get the sense that Kooiker is summing up his output without even trying to do so with this. There is a bouncing egg throughout joyfully travelling through the pages. It carries Paul’s message forward and in doing so, forgives dairy for being so Dutch. HIGHEST RECOMMENDATION!