“What do the citadels of disaster capitalism tell us about our New World Reich-The Trump Tower, but also the Lehman Brothers buildings, the ING Insurance Corp building, the Rockefeller Center etc? It tells that Epcot Center looks great on bath salts under all those gleaming lights and mirrored windows-prohibitive to the many, inviting to the few”.

Verticality is expensive. To rise above by weight of steel and glass will have bankrupted the last will and testament of Joseph Paxton and the achievements of the Victorian greenhouse as builders and financiers who have made a plight for a more radical and obnoxious ascendency of the nineteenth and twentieth century’s architecture. In our present situation, we will have to wait for the sun to tell us what to do, melt our wings and bring down another couple of towers before we learn a lesson or two. It’s the the the illusion of the new new new Crystal Palace. The problem with verticality is that it has no precedent besides the biblical or mythological and as it is indentured also to ground, it does not achieve that same rapacious squandering of celestial resource as say the airplane, airbus or drone or satellite or or or. In so, verticality as it relates to architecture is at once brutal and impotent, clausterphobic and corrupting. It sticks out like a greedy toothpick telling the heavens how to do their job while simultaneously being rooted to a piece of rotten fruit- a strong wind waiting on the sidelines is set to topple its stature for the arrogance that it represents-its gravity left to squash no more than the ants below befit in retrograde motions of their own impotence to judge what the towers above scream as they topple tumble topple downward.

So what do we do against the theatrical mismanagement of skies and the steel girder alike? There is certainly a correlation from the grave missteps of capitalism and the irony of Babel? Who do we hold accountable for this vertiginous enslavement of common space and when will we treat parasitic property barons as a life form similar to bankers and speculative economists with their soft underbellies and hard constrictive hearts? The unraveling of the sky wallows deep in metaphor, its genesis mired in the wax of Icarus, the cacophony of the already-mouthed Babel and the rubble to which its gardens lay waste on the barren footholds of Mesopotamia’s dusty stretch. And yet nothing exceeds like excess. We need a wobble, a shake and the crushing reverberations of a mandible locking its masticatory muscle around these civilizations of now land-locked and ice-packed to be sent down the Xibalba sinkhole that lies in wait one more fricketty fracketty fucketty you from the disingenuous source of the stock market’s glaring screens.

I struggled with Daniel Shea’s book “43-35 10th Street” on Kodoji Press. I struggled not because of his talent, nor the photographs themselves, which are plentiful and hauntingly beautiful, but rather the affirmation of the disgusting lynch knot of economics that they pertain to and the desire to discuss them critically and without anger for which I am losing my battle. Having lived in two major metropoles for the better part of my adult life, one being London, I can honestly say that I understand what Shea is trying to show us. Its at once shame that is the result-shame for that same ugly and invisible reality of economics that drives our assessment of the physical-its evanescent presence a game in which it pretends to be everything and nothing at once, a passing spirit that we should hold dear and let go of at the same time.

“On the sides of the security fences that adorn their building sites, one may find a carousel of digital images of young couples walking home into the building and abode of the future carefully crafted for them in conjunction with a myriad of corporations all befit on bringing these potential residents happiness and new lives by ascending above all that surrounds them from the dreary and un-manicured street view from which they engage these techno-bucolic simulations and advertisements for the new “Aurora Gardens”, the new “Cedar Heights” the new “Gotham Gates” etc. Each line a nail in the grave of the local economy not already conquered and divided by Amazon’s economic drone warfare delivery service”. 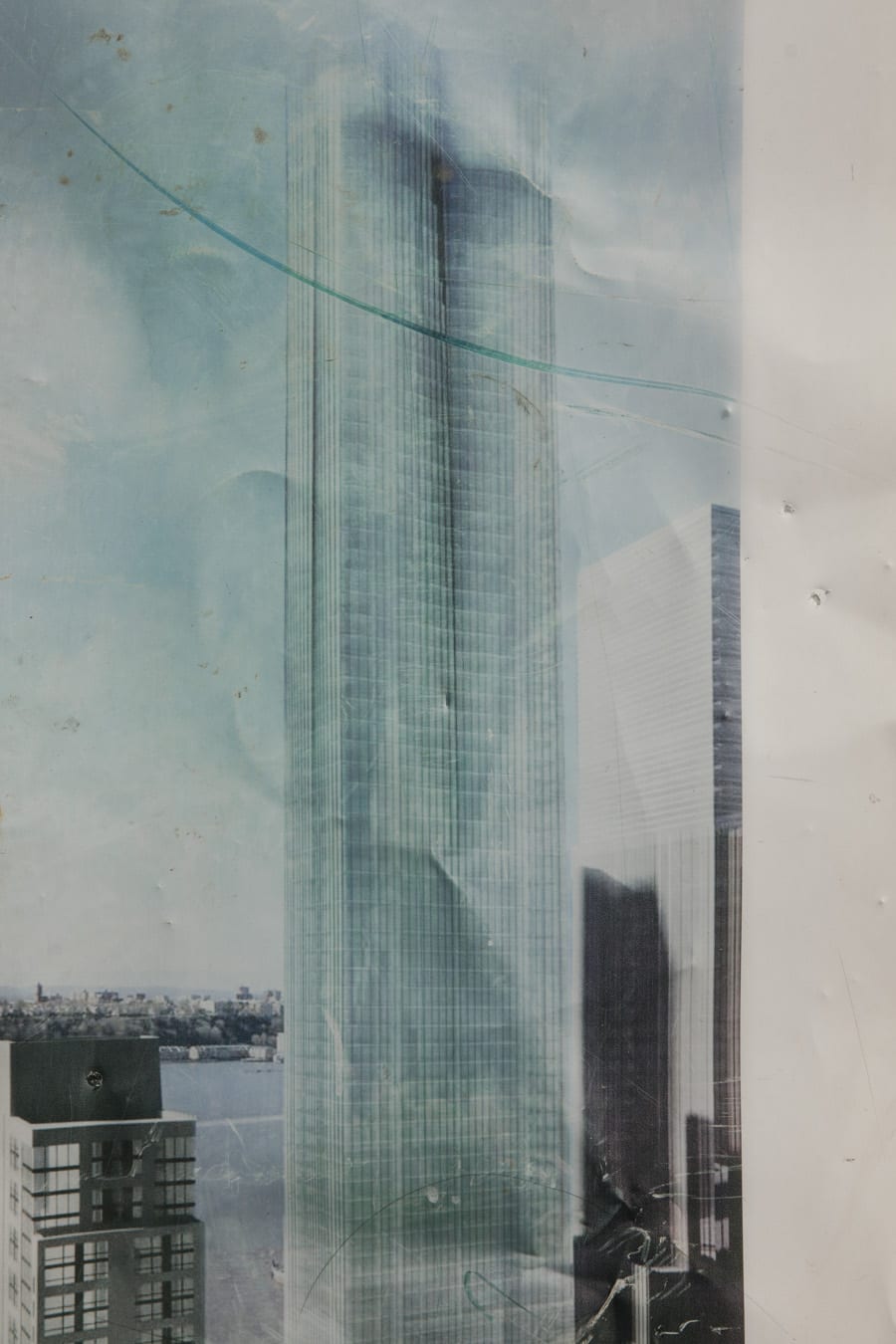 Economics and architecture are intertwined with reason, but not without dubious intent. The idea of architecture in simple terms is dwelling or space of function. We can add mellifluous terminology to its umbrage to give it a sweetened effect. We can discuss result, art and function, decoration and determination. There have been great architects, master builders. Albert Speer was one of them, though his plans of Germania lie largely undisciplined in the Berlin landscape of today. And what does this tell us of architecture, power and economics? What do the citadels of disaster capitalism tell us about our New World Reich-The Trump Tower, but also the Lehman Brothers buildings, the ING Insurance Corp building, the Rockefeller Center etc? It tells that Epcot Center looks great on bath salts under all those gleaming lights and mirrored windows-prohibitive to the few, inviting to the many.

Windows on the World. This is the second time I have referenced the restaurant CUM party quarters of the North Tower of the World Trade Centers was Opened in 1976 in as many weeks for annual anxiety reasons. The restaurant was located on the top floors (106/107). It required a dress code for entry and had various rooms such as the “Wild Blue” which had a more relaxed dress code, and was noted to be more intimate. The onus of the space was a contemporary setting in which patrons- we must call them patrons, could look out over the dizzying heights of Manhattan and its denizens, and over the many small light bulbs illuminating their horizon unparalleled at this height and stretched out over miles. The compression of the horizon even at great heights suggests a limit to imagination and reason.

The momentary displacement of feet from pavement and a gleaming ascendency bought and paid for made Windows on the World made it the premier place to gather for those who could afford to raise a glass of bubbly over the crowns of so many heads below. A tower is a tower for a reason or two. It pervades the air, owns the space above it by proximity and labor it gives those below a chance to adore the nest of monarchs settled above, allows them to cast undue aspirations and a desire for upward mobility whilst being pinned to the ground below. The second use of a tower as we can see from history is that of imprisonment and punishment and so it would be that these two uncomfortable positions merged on a beautiful day in September 2001.

What follows in the decade and a half proceeding from that fateful day is a re-examination of how space, property and people are envisioned in the west. It is not endemic to the (no longer) mean streets of New York, but now shares a Global (Nouveau Riche GPS) pinpoint with many cities across the still three-dimensional globe. Property development has long been a strong embodiment of economics in the west. Without real estate (indentured serfdom), the west would have to find other pursuits to stimulate the capitalist economy of a post-WWII world such as manufacturing never-ending wars and unbridled “free” market trading…

“For the overload of images it suggests at first read is complex procedural analysis in which Shea cuts and slices his way through the catalogue of a dystopian home shopping network in thoughtful solitude”. 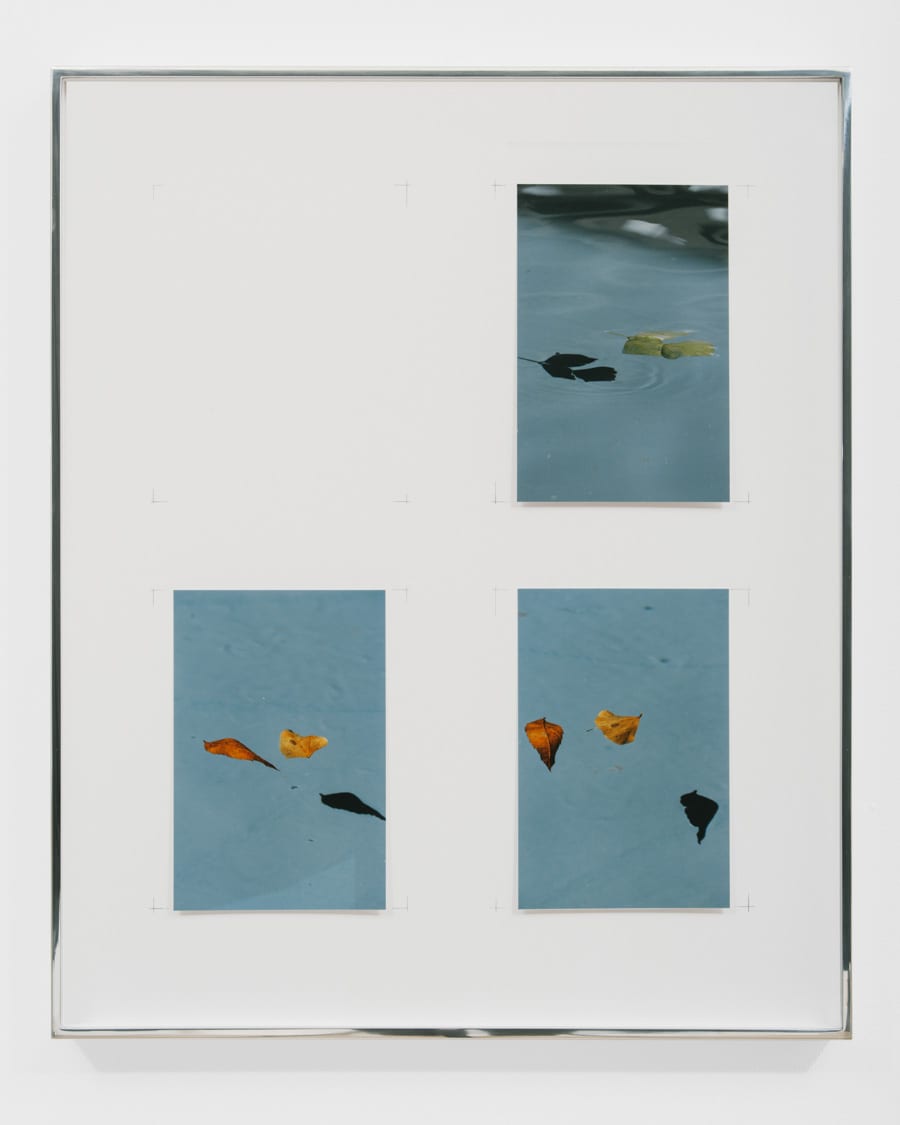 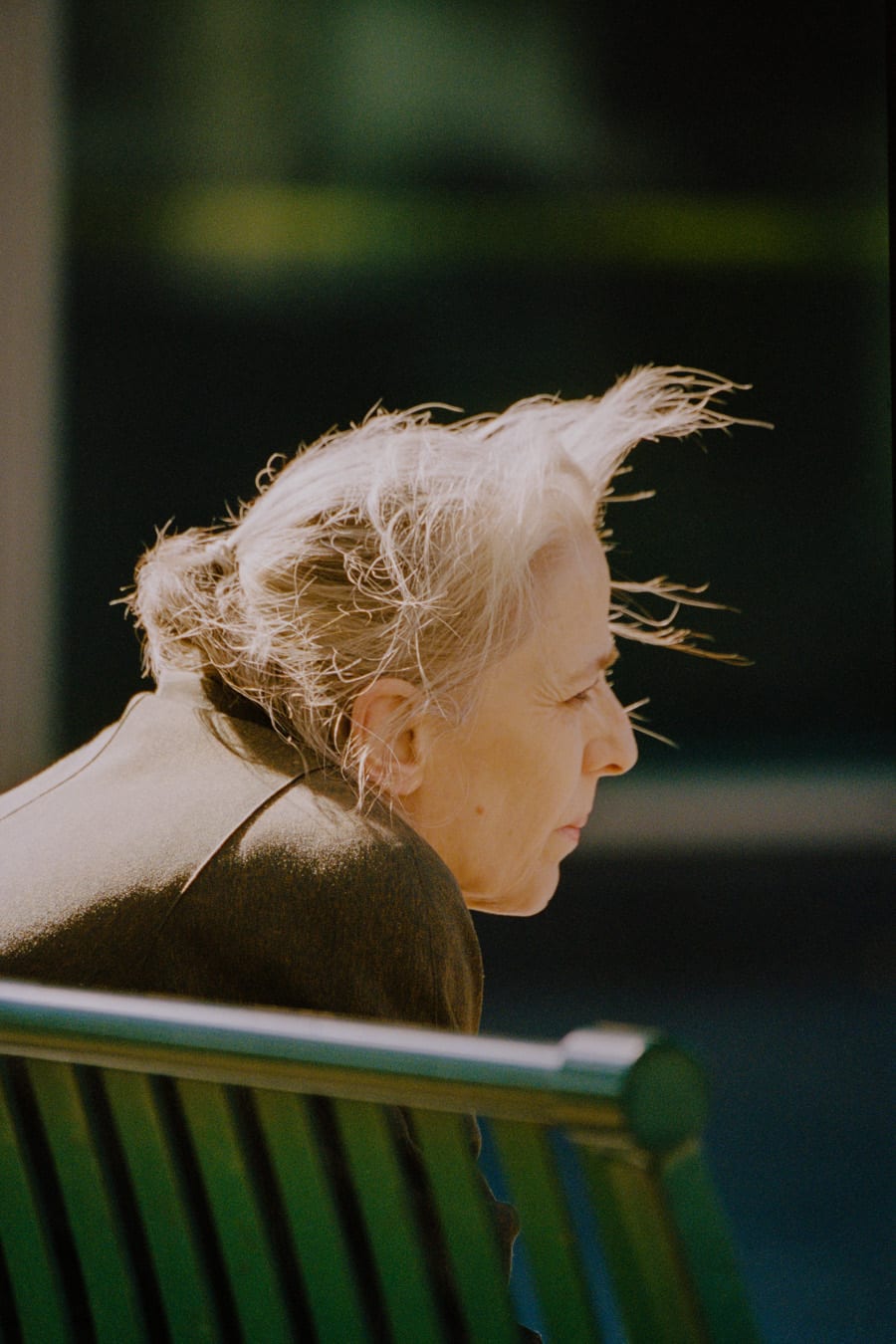 Property moguls and banks have worked together to secure that every persuadable space in every capital city is managed even if left vacant to accrue undue value. High Rise projects are crafted like a battering ram to displace local citizens in the pursuit of progress. On the sides of the security fences that adorn their building sites, one may find a carousel of digital images of young couples walking home into the building and abode of the future carefully crafted for them in conjunction with a myriad of corporations all befit on bringing these potential residents happiness and new lives by ascending above all that surrounds them from the dreary and un-manicured street view from which they engage these techno-bucolic simulations and advertisements for the new “Aurora Gardens”, the new “Cedar Heights” the new “Gotham Gates” etc. Each line a nail in the grave of the local economy not already conquered and divided by Amazon’s economic drone warfare delivery service. Foreign investment firms, absentee landlords, bank accounts in God knows which illicit Panamanian bank flirt with the new masters of the universe in some sort of perverse attempt to remind global citizens that like punks, lifelong indentured servitude is not dead.

The boom in property that has butchered local streets into upward shopping mall criteria could not have come at a worse time for the average person. In order to survive the furrowing of construction and the indolent and completed immovable structures, the average citizen must make decisions based on the economics of space in capital and other larger “growing” cities in order to secure their own nest. Automation, the movement of business to far away Asian headquarters and the general loss of space due to the global one-percenters displacing all their ill-gotten gains, tax and otherwise into major properties to be left empty in capital cities, creates a situation in which it becomes nigh on impossible for the average family or person to opt into these fabled new atrocities that we now must consider as property by our interpretation of corporate sloganeering. The result of which is that cities become unsustainable. People become unsustainable and society becomes unsustainable. Without people, cities do not exist. Have you seen a failed city or civilization in archaeological form? They are covered in pock-marked sands or lie under the lulling waves of oceans that in the end consume their structures.

Shea presents all of these tensions in his project. The images from leaves falling (a reminder of Windows of the World’s last moments), the labor of construction and the solitary portraits of people navigating New York in a fugue states serve to illustrate along with many other photographs and drawings a convincing research project in which images, at once banal and at once loaded with possibility become the workbook for which severe arithmetic and calculable necro-technologies advance the notion that underneath the skin of glass and steel girders creating “progress” is a much more nefarious operation in which the limits of general economies and rampant neo-liberalism gather at the barricades of impossibly priced and packaged “starter homes”-themselves reminiscent of minimal “clean living” cubicles not dissimilar to the armchair fleets of office spaces around the capital itself. This aspect also creates a compact and compressed identity line obliterated between the home and the work place of today, questioning not only architecture, but the monoglot communication of slave ships in the sky and the home front. The book is incredibly successful in engaging one in an important dialogue regarding process, economy, architecture and art. For the overload of images it suggests at first read is complex procedural analysis in which Shea cuts and slices his way through the catalogue of a dystopian home shopping network in thoughtful solitude. He points towards problems left too long unexamined and in doing so also enriches his audience with the depth of his ability. Highly Recommended.