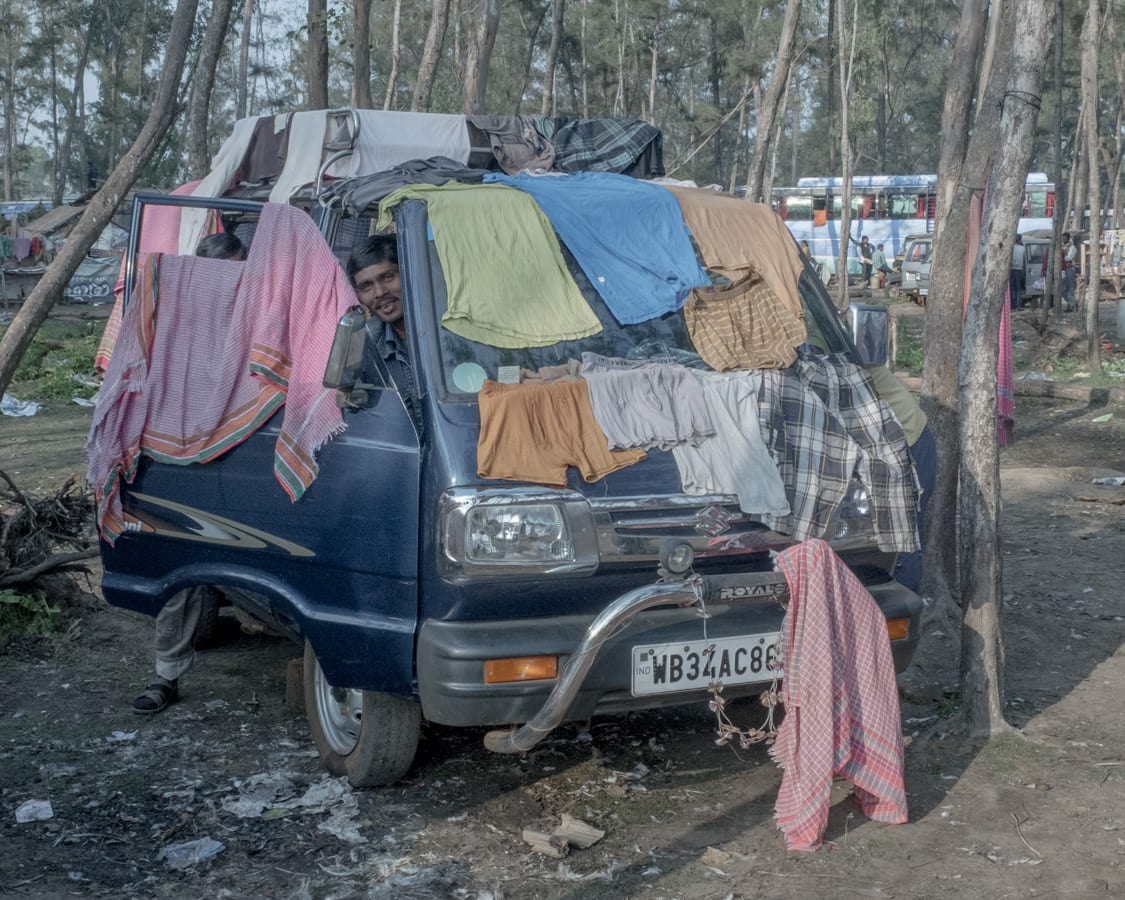 “It seems that when McDonald’s entered Russia in the 1990s, they had to train their employees on how to smile. When the time comes for Choudhury’s aunties to start smiling while taking selfies, we may have reached the end of a cycle.”

The cover of Arko Datto’s new book, Pik-Nik (Le Bec en l’air, Marseille: 2018), depicts a group of policemen informally gathered on a partly submerged structure by the sea, an image presented in the washed-out colours that dominate the ensuing pages. Its spine is lined with a velvety pastel pink fabric. However, the cuteness usually associated with this colour and the tactile opulence brought in by the velvet are misleading, as the book takes a studious and stern look at the social phenomenon of picnicking in Eastern India.

Forget the red chequered tablecloth, the enamel plates and the light wicker baskets. Do not expect the sun to filter through the branches in the torpor and silence of the early afternoon. Instead, in Datto’s Pik-Nik you will find a hazed microcosm populated by loudspeakers and generators, cauldrons and gas cylinders and hungry dogs impatient for the gathering to end and for the picnickers to return to their cities, leaving behind their savoury leftovers. 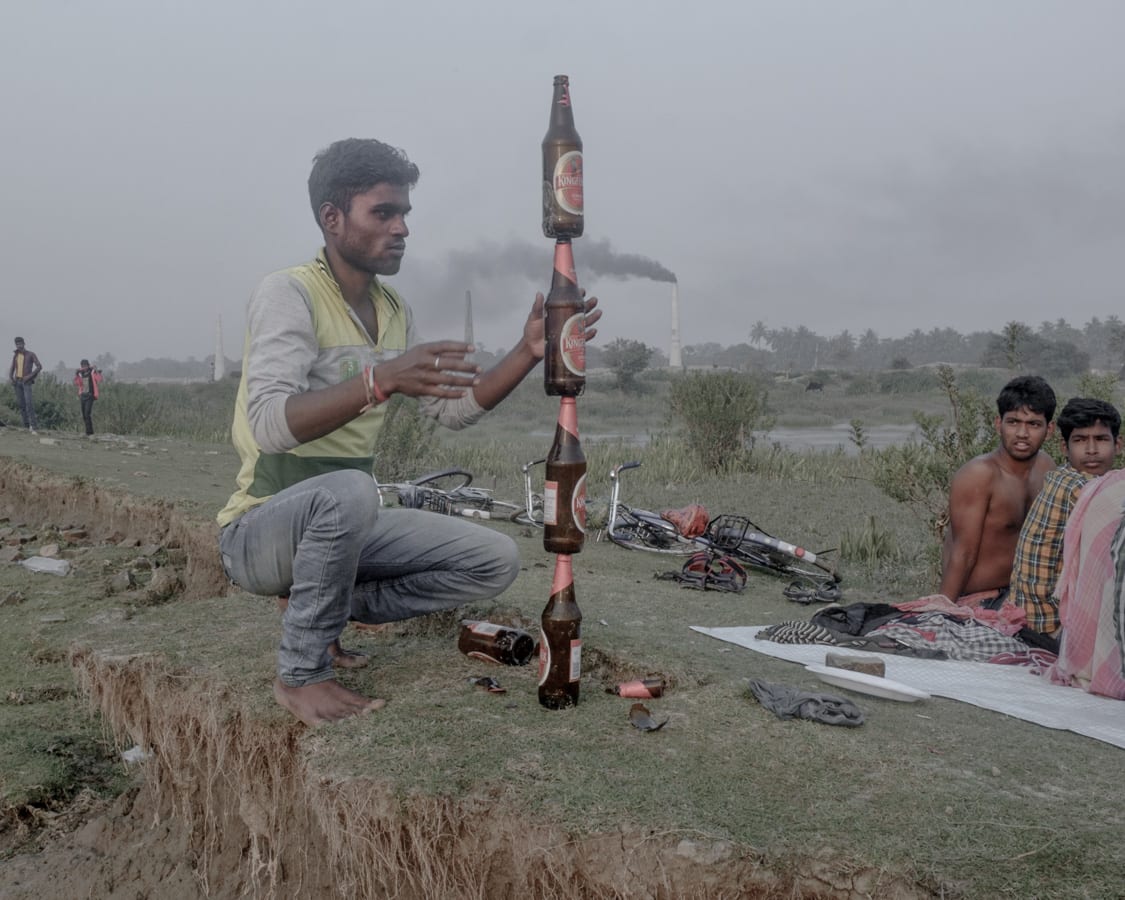 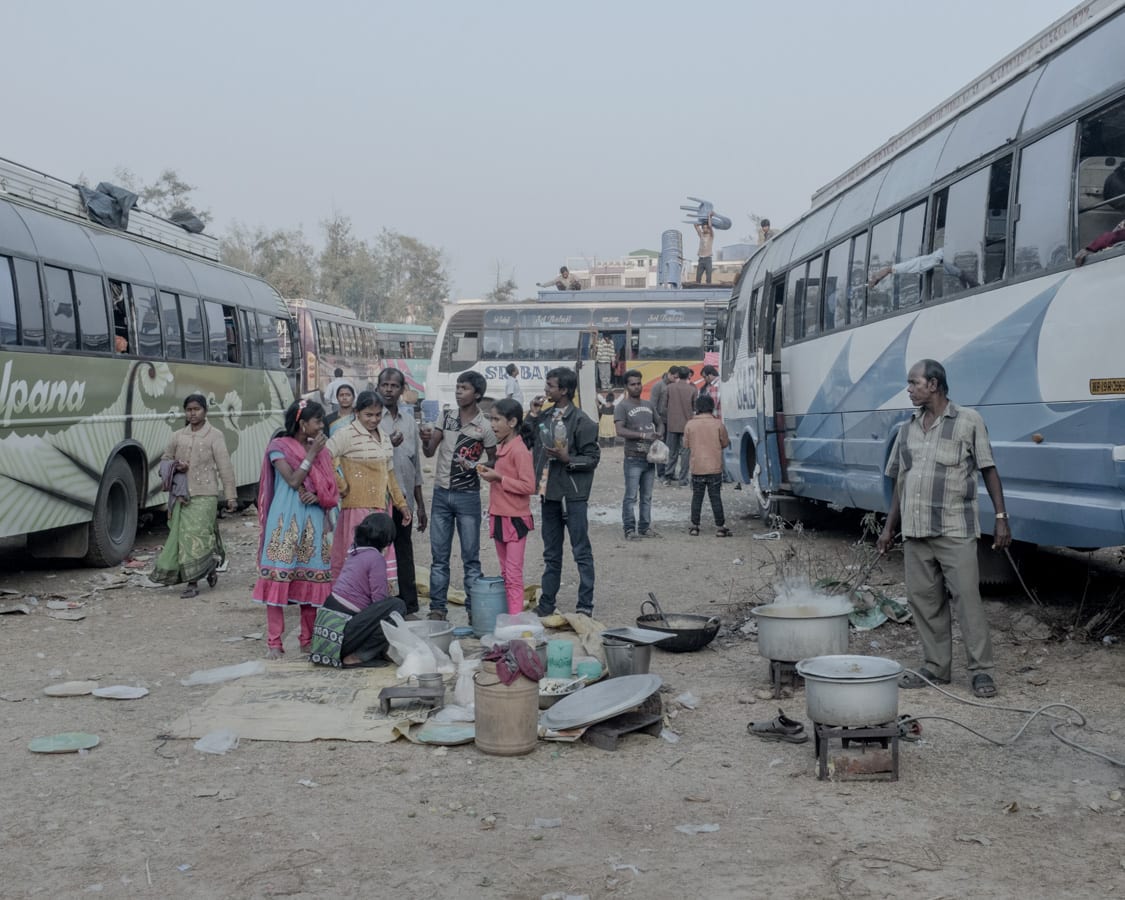 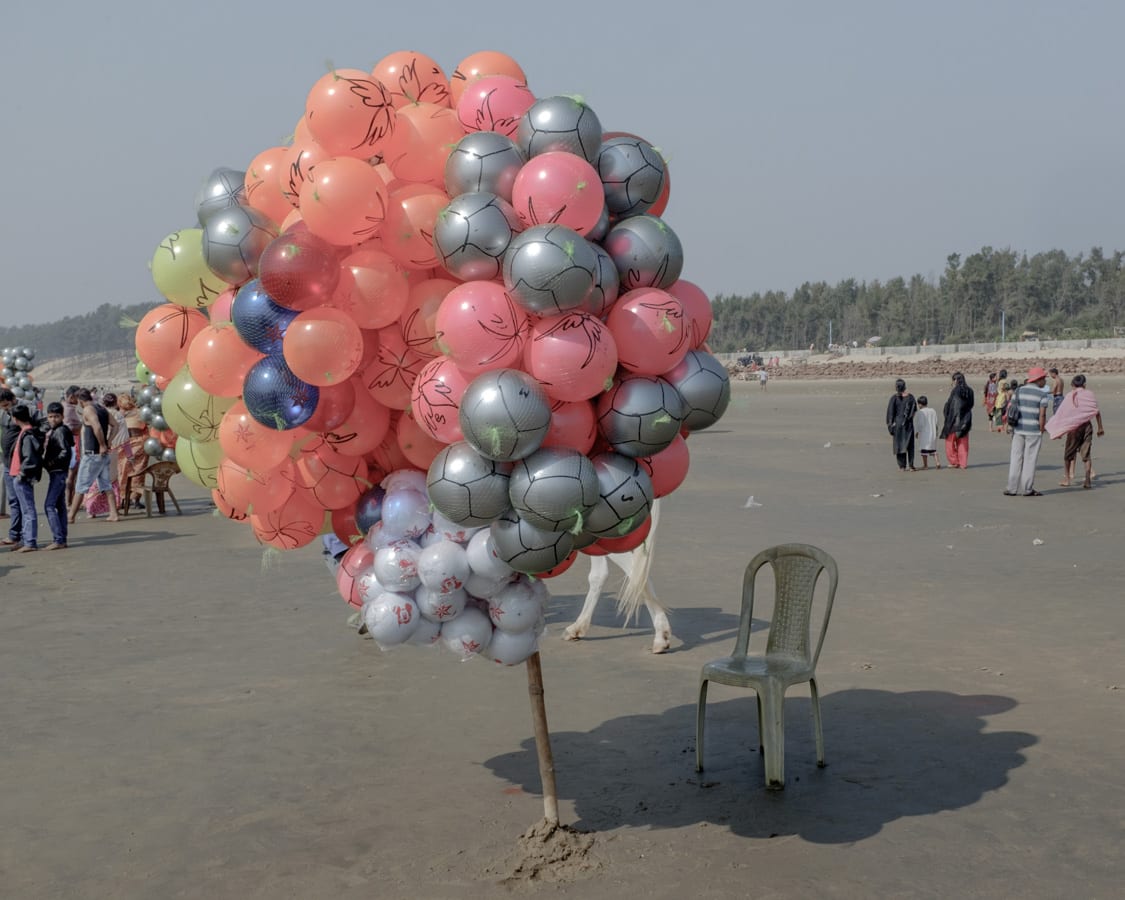 The idea of a meal eaten al fresco and washed down with alcohol is intimately linked to the concept of picnic. There is a carnivalesque feeling through the book, its protagonists purposefully eating, dancing and drinking as if there was no tomorrow. In several instances, we observe the awkward body language resulting from inebriation -including total body collapse- and end-of-party brawling. Interestingly, in classical Greece, the following of Dionysus was regarded as a return to nature and its worship always took place outside the city. To be sure, it takes a leap of the historical imagination, but it seems plausible to see Datto’s picnickers as re-enacting and reinventing the pagan cult in Bengali terms.

What an extraordinary substance wine is, both able to elevate us and – in particular when the breeding ground is rich in frustration- to immerse us in debauchery. In The Botany of Desire, Michael Pollan beautifully describes the awareness the Greeks had of intoxication as being potentially “divine or wretched, a ceremony of human communion or madness, depending on the care taken in handling its magic”. Anybody preoccupied with the ethics of drinking should be aware of the paradox offered by its magic, as “the same wine that loosens the knots of inhibition and reveals nature’s most beneficent face can also dissolve the bonds of civilization and unleash ungovernable passions”. 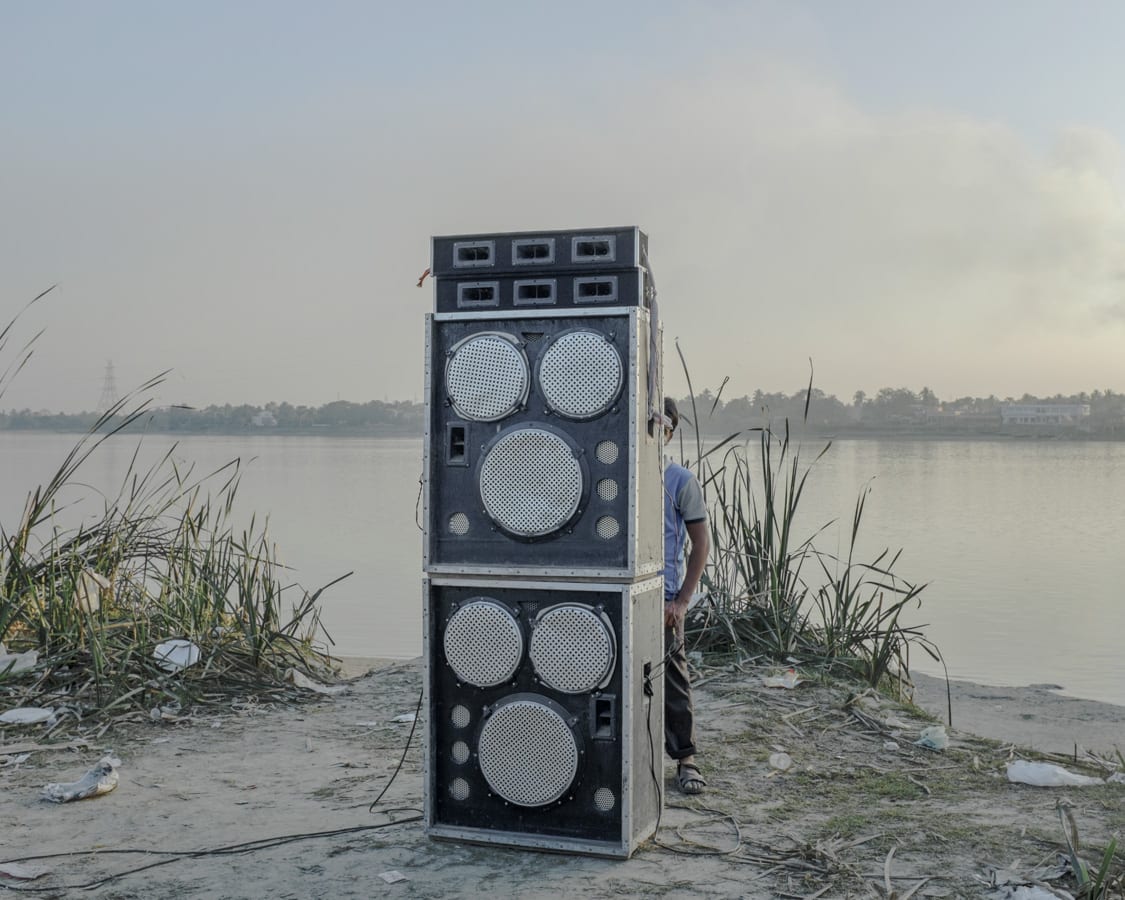 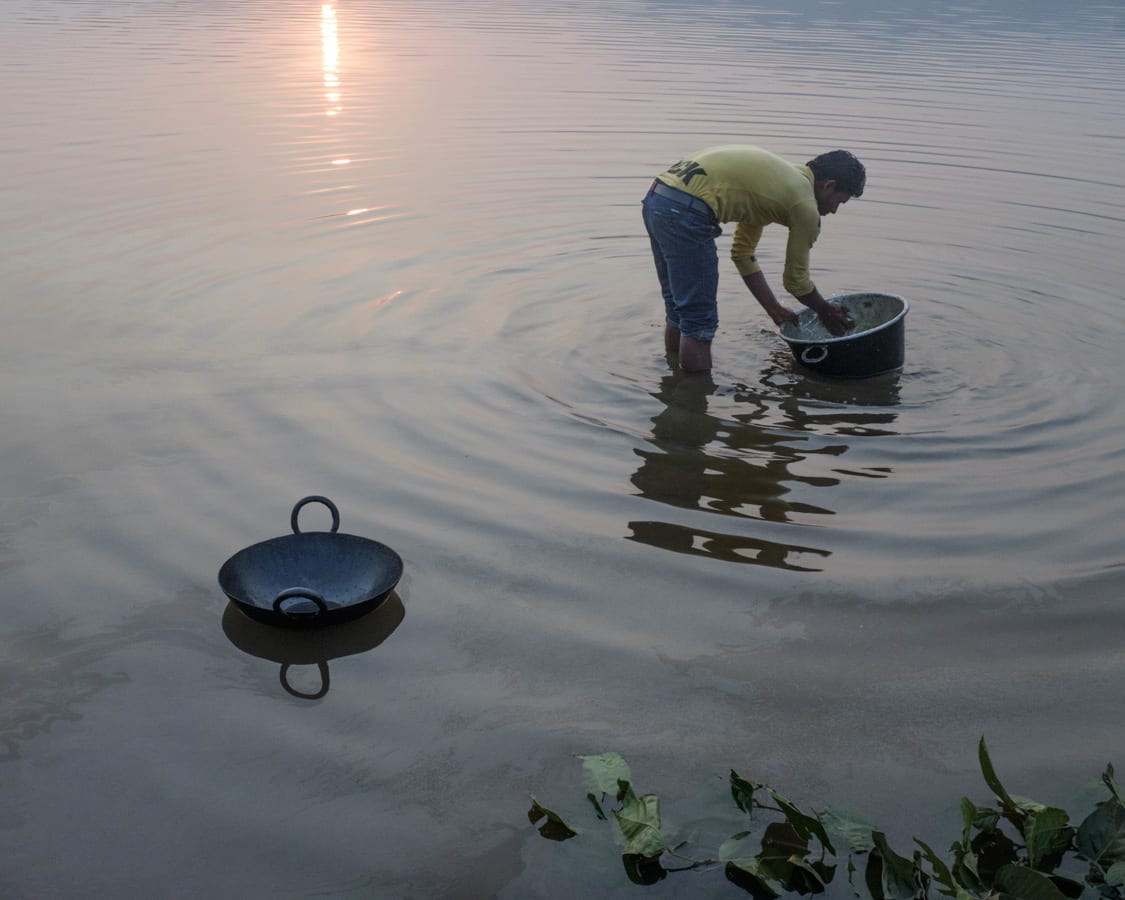 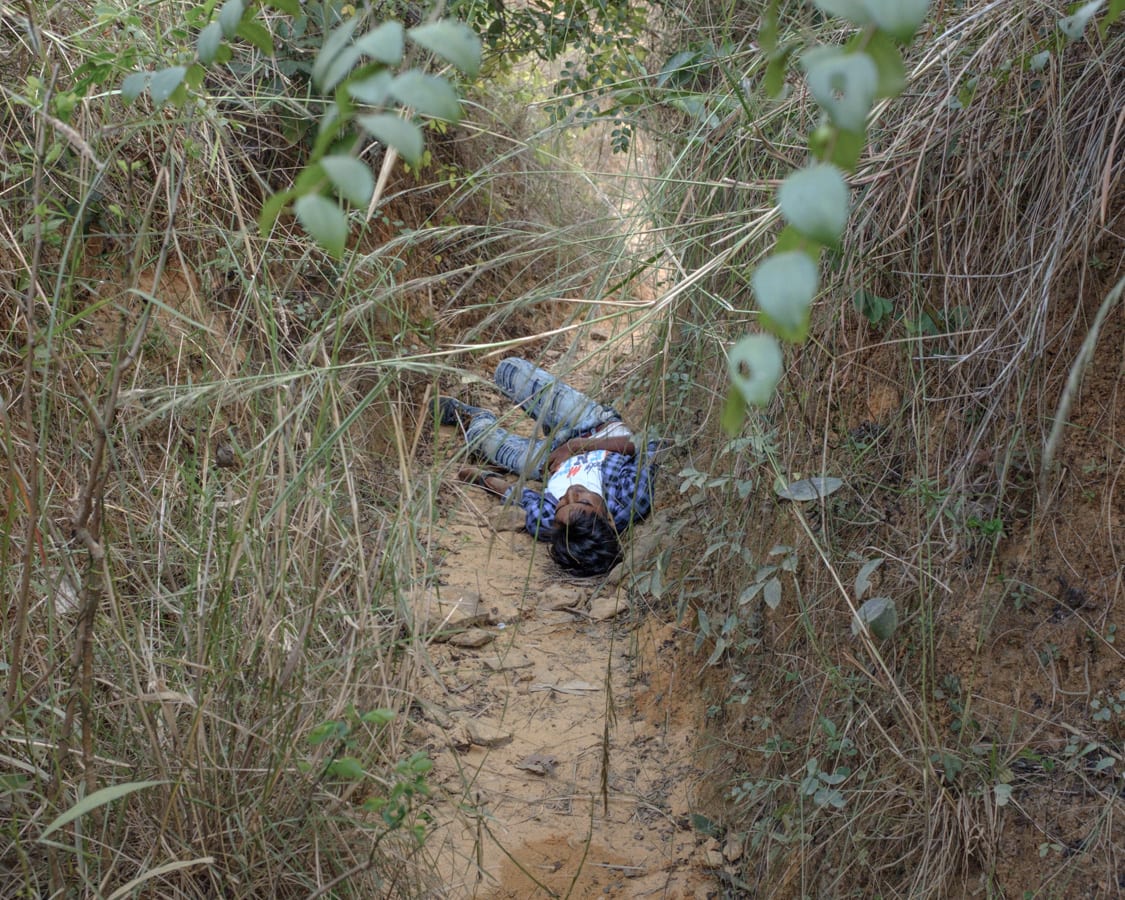 The excellent afterword by Kushanave Choudhury exudes nostalgia for a Calcutta that is no more but, more importantly, clinically analises the recent obligation to have fun that has taken over Bengali -and by extension, Indian- society. Choudhury confesses that the new forms of enjoyment that liberalisation brought about from 1990s onwards felt slightly phoney to an expatriate like him. This is epitomised, at least for this reader, by the image of the sunbathers who, without first acquiring a basic knowledge of beach culture, jump into the water proudly sporting their macho underwear. “The tragedy of the postcolonial imagination” he reflects, “is that even our dreams are reruns”.

“There is a carnivalesque feeling through the book, its protagonists purposefully eating, dancing and drinking as if there was no tomorrow. In several instances, we observe the awkward body language resulting from inebriation -including total body collapse- and end-of-party brawling.” 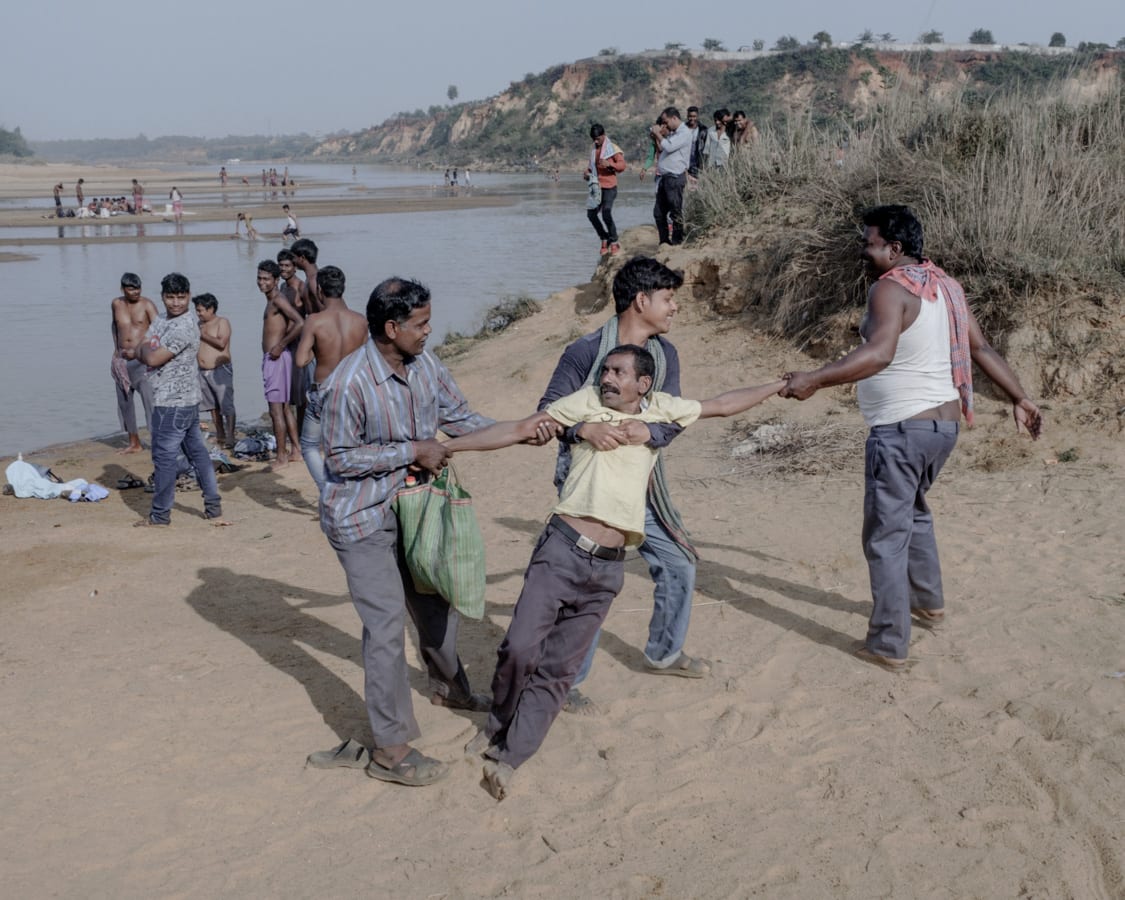 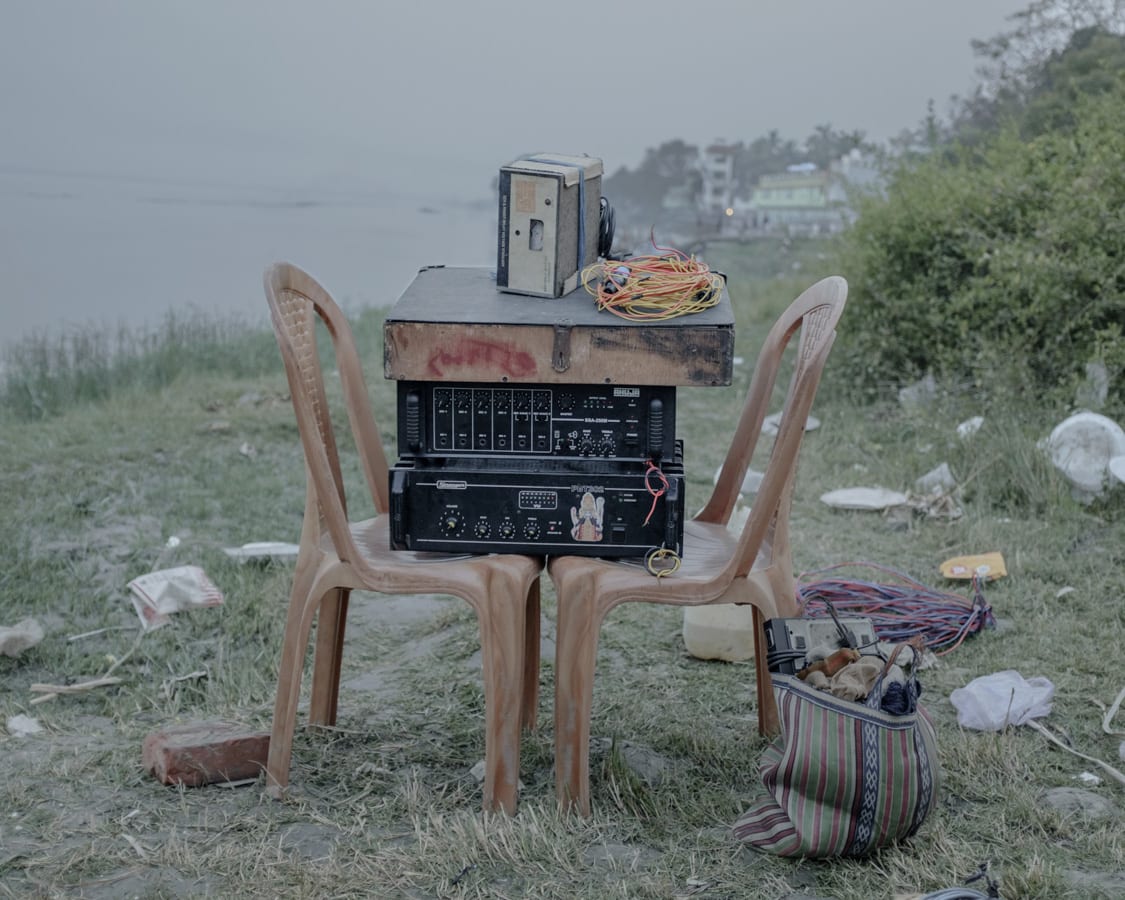 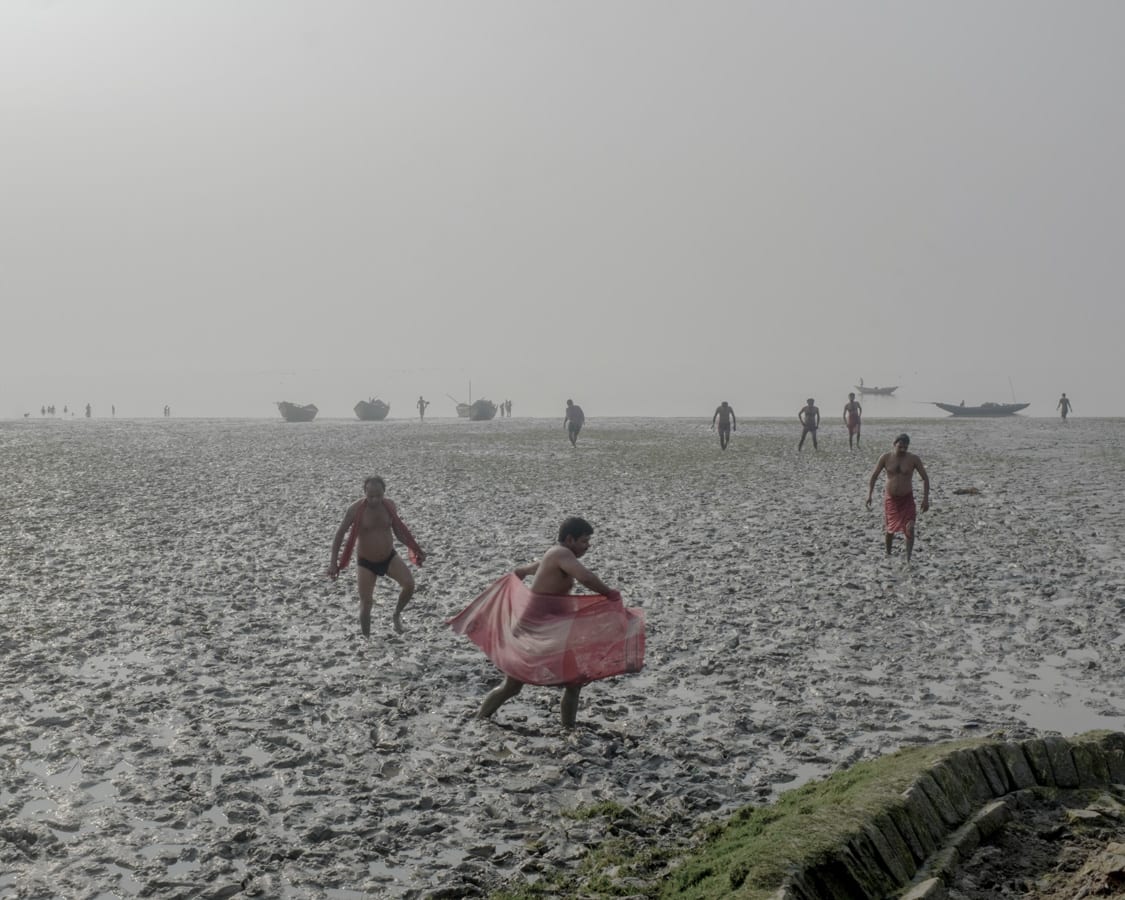 But Datto’s gaze is not a condescending one. Instead, he chooses the picnic -“far from a simple affair” in his own words- to look at the manifold issues this cultural practice gives rise to. Leisure and intoxication are important sub-themes, as discussed, but equally important are gender segregation (for women picnickers, the bash appears to be tempered by the need to maintain a certain modesty, especially in a public space), self-image (I need not tell you that selfies abound) as well as the damage to natural environment. The latest is of particular concern to the photographer and throughout the book we find the ubiquitous styrofoam plates left behind as litter, everlasting evidence of the field day. The final photograph, that of a pair of speakers placed next to a bush which has caught fire and threatens to spread to the adjacent ones, can be read as dark omen on the environment.

There is one image of a conventionally romantic couple witnessing a sunset touchdown. Their eyes are set on the horizon, but the photographer shows us the full picture, literally: their backs are turned on a pile of plastic trash and a sleeping drunkard. The viewer is thus made aware of the fleeting sunset, and the garbage that remains. 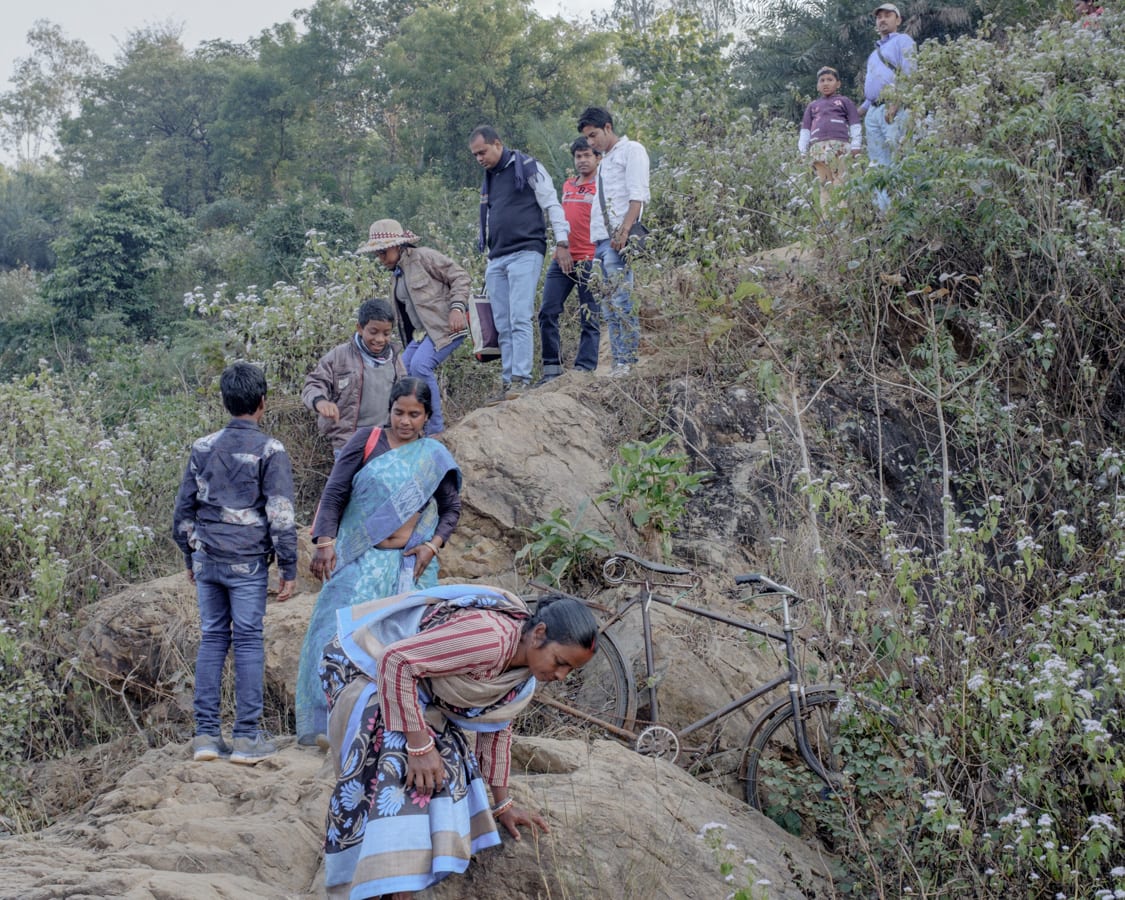 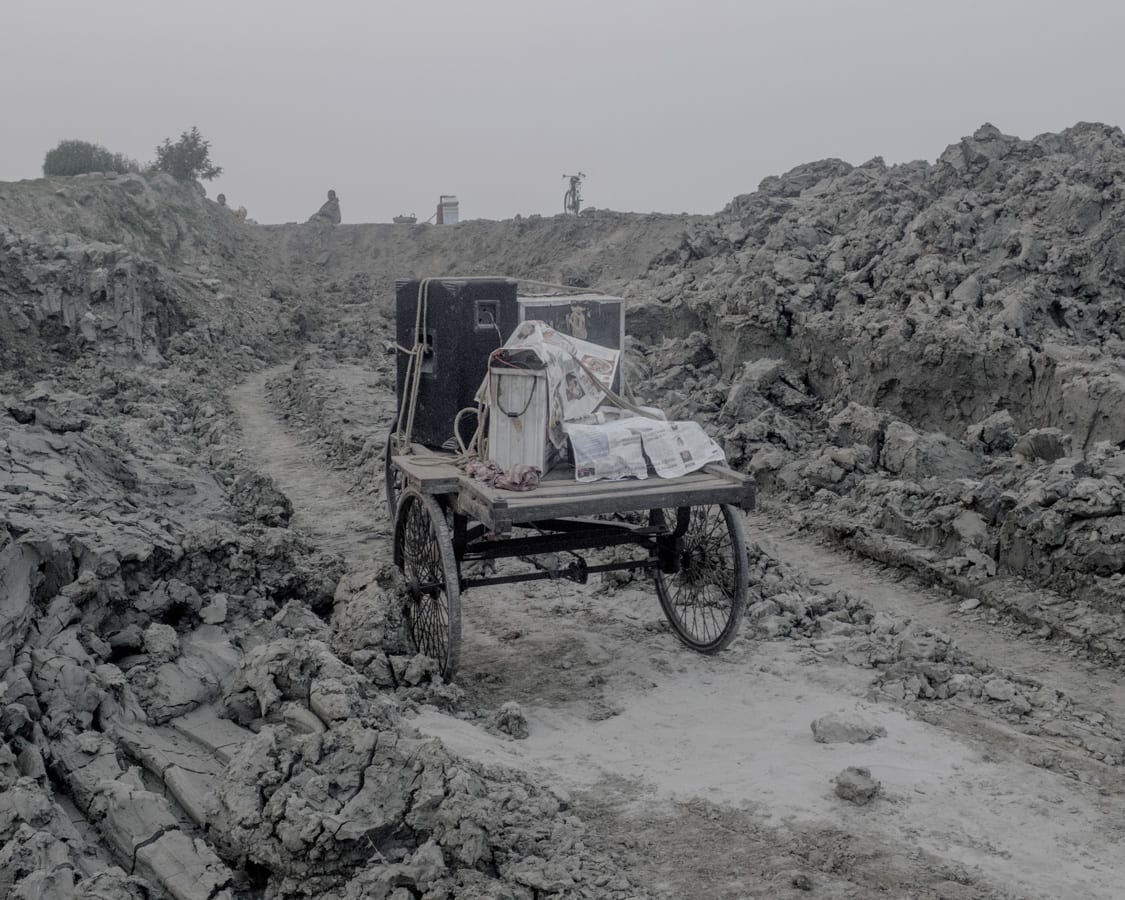 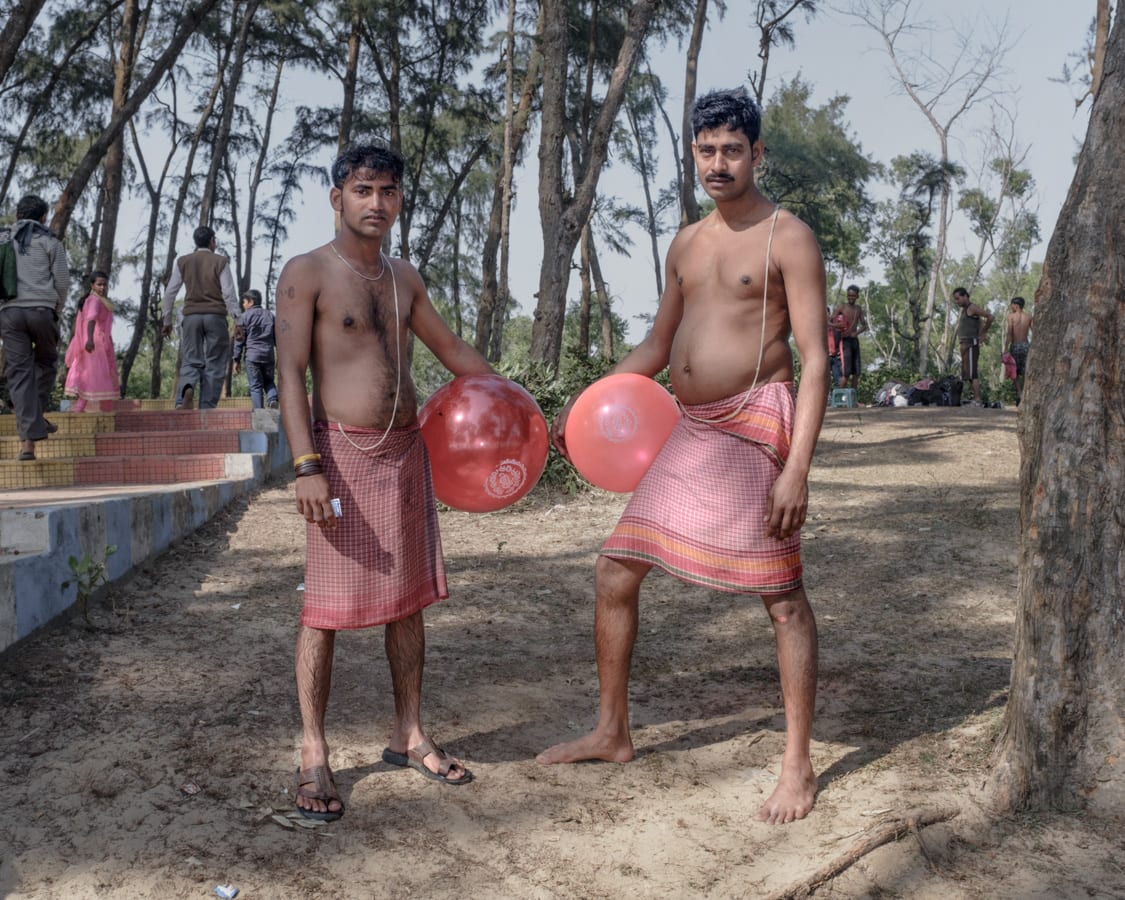 I was reminded of Txema Salvans Perfect Day, where the Catalan photographer looks at certain impossible locations chosen by holiday makers in the Eastern coast of Spain: beach umbrellas placed a hairbreadth away from building sites, water parks with their fake architecture and megastore parking lots are some of the sites where his picnickers spend their day under the sun. Salvans too reflects on forms of leisure, this time in a post-industrial society, in landscapes where fences abound which Joan Fonctuberta describes in the introductory essay as “what remains of the landscape”. Datto’s topography is equally a man-altered one: we see the chimneys that dot the background an even a remarkable collective selfie, the posers oblivious to the sewage pipe on which they stand. Some form of self-hypnosis appears at work on the minds of both Datto and Salvans’ protagonists, by which those aspects that spoil the scenery are simply blocked out. 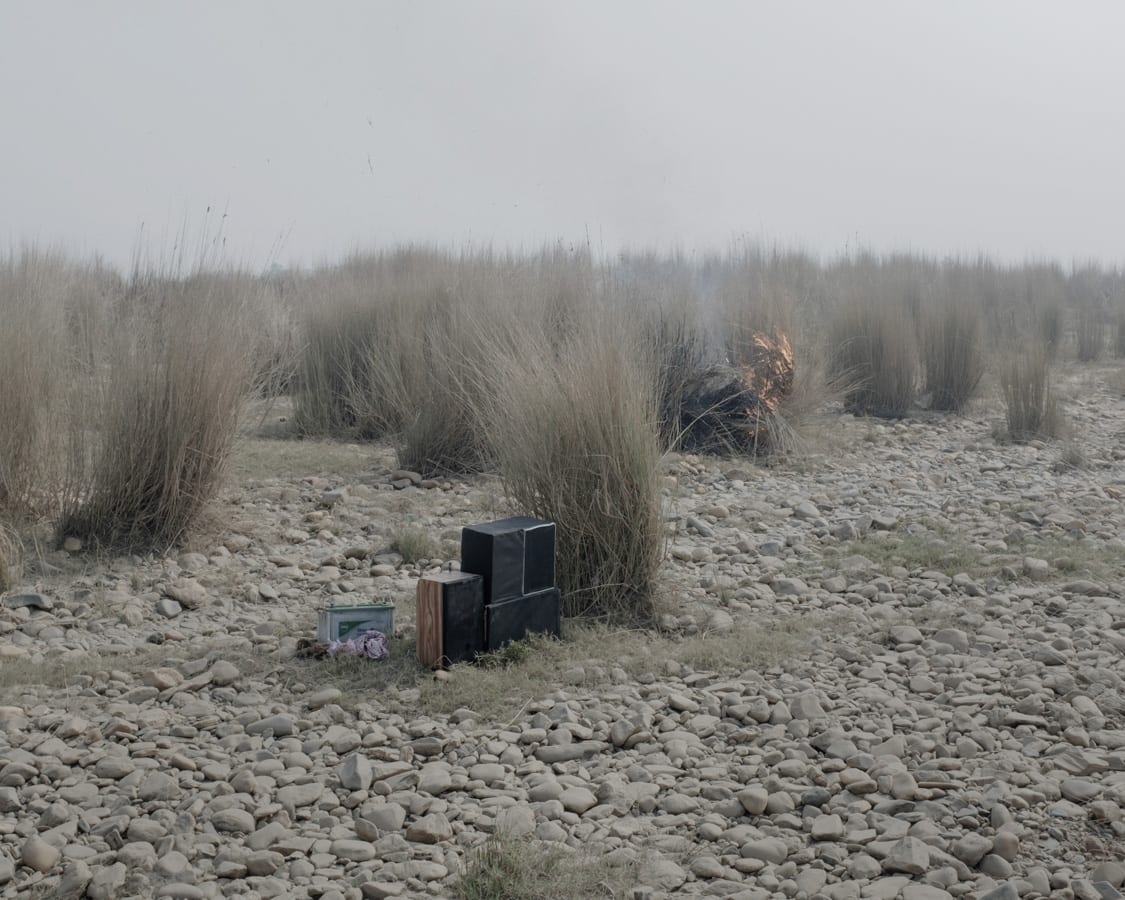 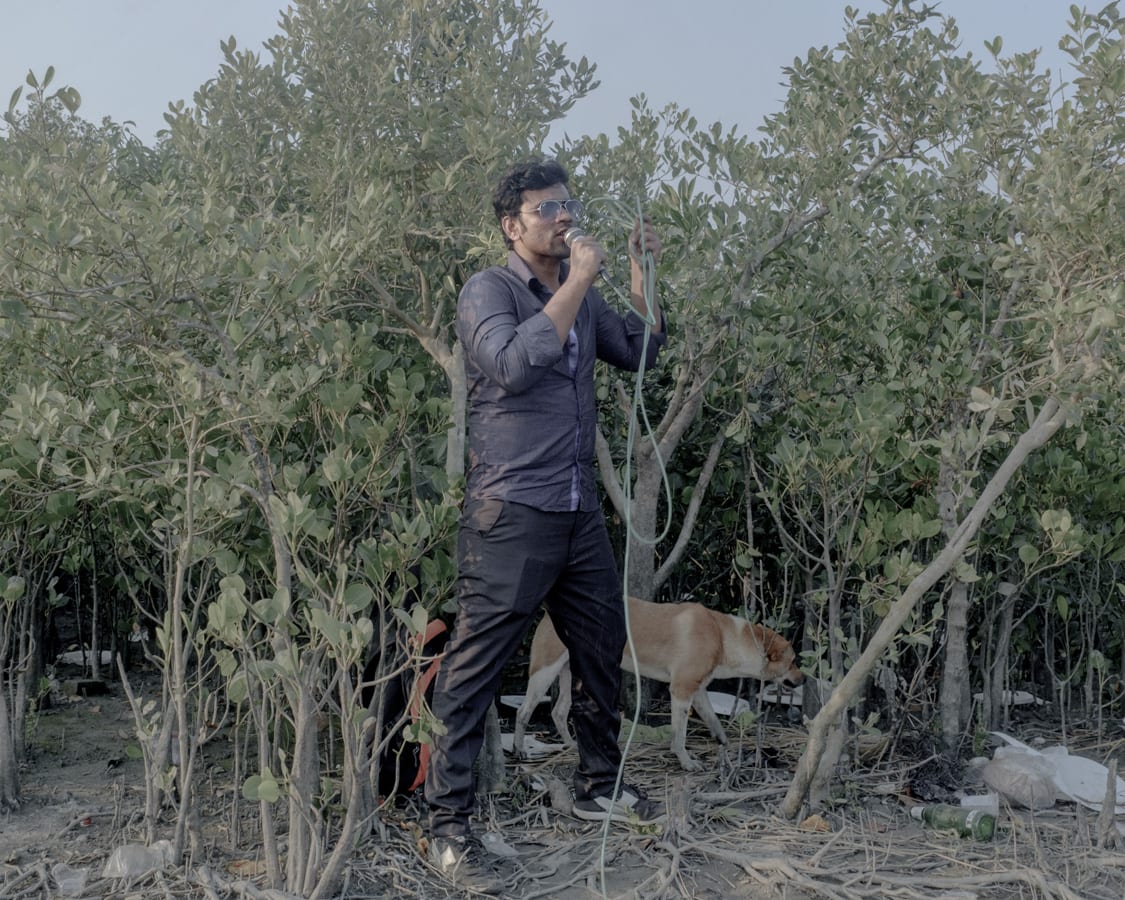 “Sometime, not long ago, my relatives in Calcutta began smiling in photographs”: this opening sentence in Kushanave Choudhury’s text encapsulates how the need not only to have fun but to appear amused has been reflected in family photography. Light-hearted as it may be to imagine the author’s aunties learning to smile for the camera, the decision to shift from the solemn to the smiling portrait is a truly significant one, as it implies a reshaping of our visual legacy. Could one look at the history of photography as a conquest of the smile?

It seems that when McDonald’s entered Russia in the 1990s, they had to train their employees on how to smile. When the time comes for Choudhury’s aunties to start smiling while taking selfies, we may have reached the end of a cycle. And this may mean, instead, the conquest of the photographic portrait by the smile. Perhaps, then, brainy photo critics will refer to it as what remains of the smile.

Lola Mac Dougall is one of the founders of GoaPhoto, an international photography festival that uses Goan private residences as a venue for its exhibitions. She is the artistic director of JaipurPhoto, held in heritage locations in the form of outdoor exhibitions. She has been a portfolio reviewer and jury for Format Festival (Derby, UK) Reminders Photography Stronghold (Tokyo), Cosmos PDF Award (Arles, France), Encontros da Imagen (Braga, Portugal) and Biel/Bienne Festival of Photography (Switzerland). Her writings have appeared in Indian Quarterly and Der Greif. Lola has a doctorate from Barcelona’s Pompeu Fabra Univesity, with a doctoral thesis dealing with Indian women photographers.