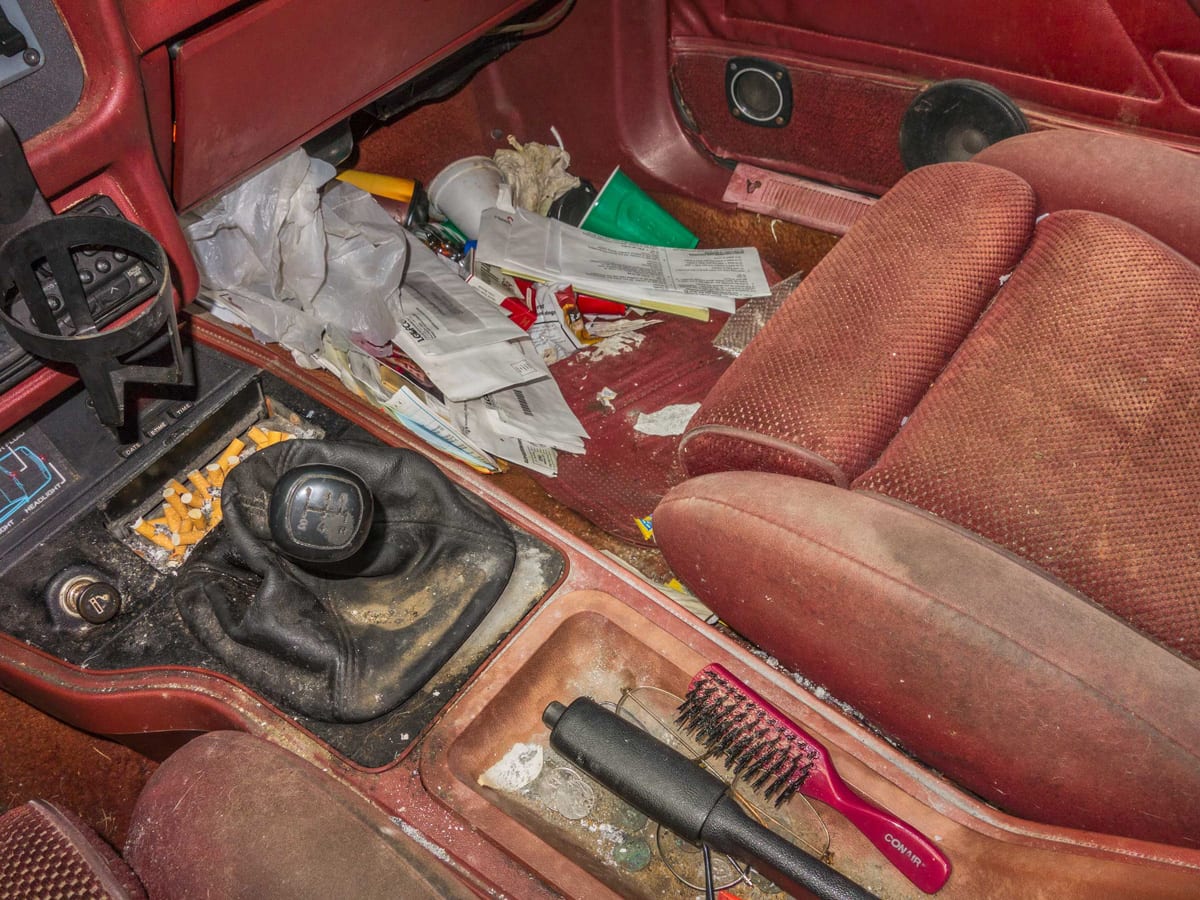 “American Interiors feels at a quick glance like a foray into the typological studies of the Bechers that have morphed into a Google Dream version of a nightmare that Hunter S. Thompson would have if he were around to see what is happening in the present field of American culture.”

Sometimes a book comes across my path and I am never certain what it is that intrigues me about it. I try desperately to not get too caught up in a certain type of photography, nor any other of its remedial classification such as art, documentary, nonhuman (conversely, my new fetish), historical, abstract etc. The reason being is that to have one type of image type be your “thing”, from existential to sexual to the banality of nationalism (Japanese photobook, yeah?) is really a redundant format to pursue on critical grounds. That all being divulged, what I can say is that one of areas of photography that I tend to avoid is the more documentary approach and mostly because it is in flux. Truth is in flux. Content is in flux and careers are in flux, so I tend to avoid dwelling on this approach to image-making preferring for a more open-ended possibility for a narrative to beseech my guileless wanderings in the photographic world as it stands. That is a bit of a shame really as it tends to develop my taste towards some of the motifs outlined above and when a certain aesthetic, be it straightforward, non-manipulated and vaguely document-driven crosses my path, I tend to move on fast and I often castigate my own open-minded intentions. 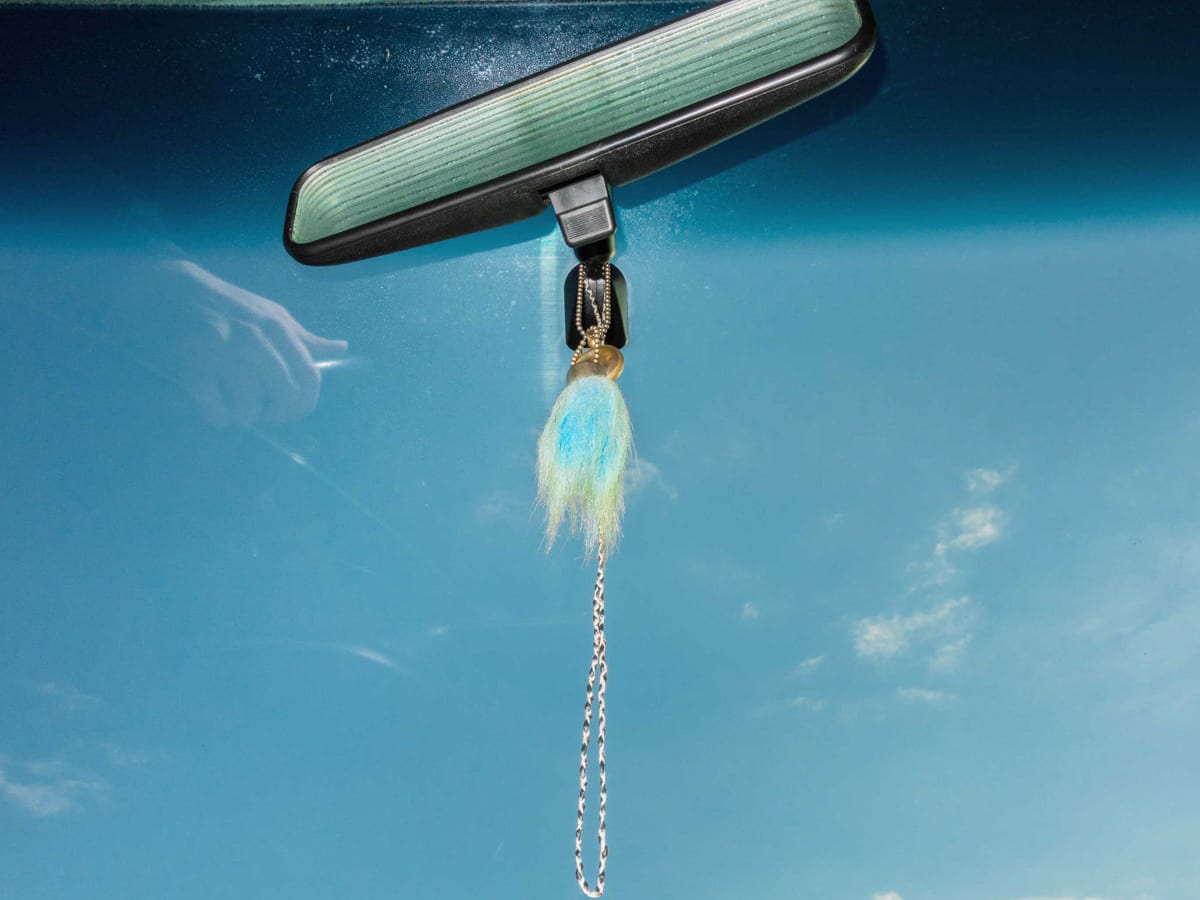 This past year a couple of titles have caught my attention that fall into those quasi-categories that I have mentioned for which I have an ill-advised aversion to. The first was Justin Kimball’s softly spoken, yet hard hammering “Elegy” for Radius Books. The second and as of yet to be reviewed is Jordan Baumgarten’s “Good Sick”. And finally and more to the point of discussion for todays review is “American Interiors” by Matthew Casteel. All three titles that I have mentioned carry the burden of being not only of a documentary nature, but then also have the added onus of being within a category that I see as the antithesis to the American dream and its distribution of said imagery. It is an update from the land of the free now imprisoned by never-ending wars abroad (As Jorg Colberg points out in his dark, yet beautifully eulogia in the book) and a new never-ending war at home sponsored by Big Pharma on any soldier’s return back from their tours in Afghanistan, Iraq, etc. Jorg points out that this motif in particular is not new per se and has a history with art in general-Otto Dix’s traumatic discussion of post-war ailment is a fine example that he cites. 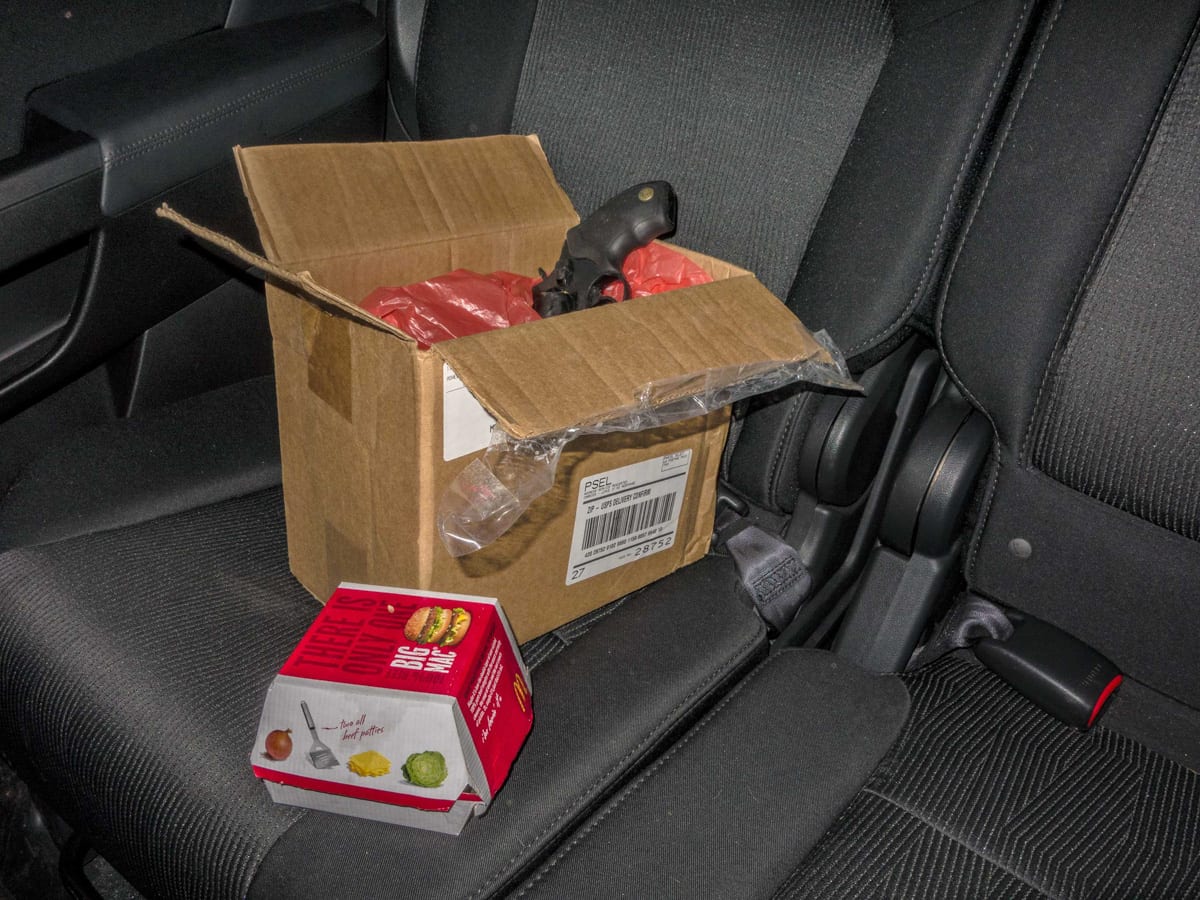 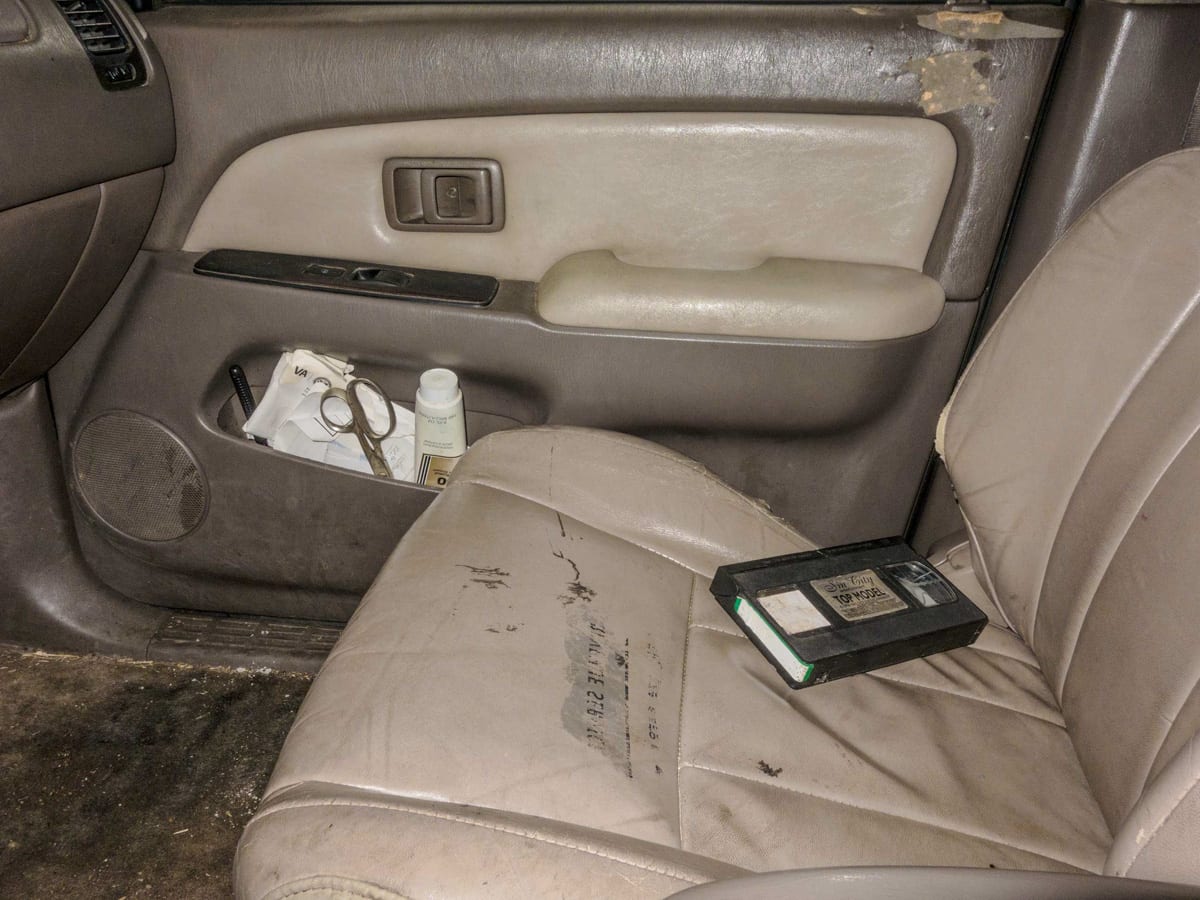 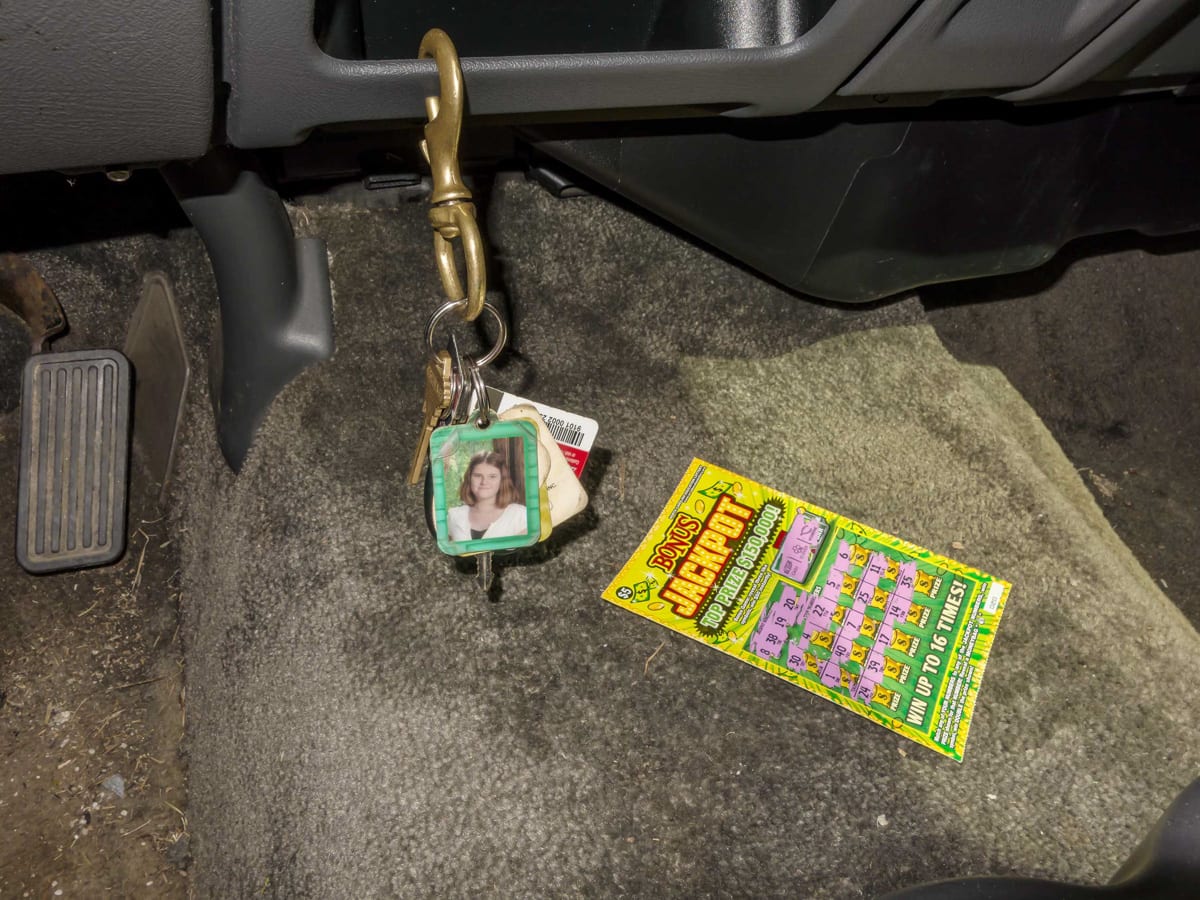 American Interiors is heavily indebted to the process of anthropology, but what sets it aside is that the time and distance between an anthropologist’s work and the focus group or age that it serves is generally more far-reaching than studies placed in the NOW where context is still soluble. The idea of processing an anthropological case study as it unfolds is not impossible, but it can be chilling. There can never be enough distance from what we are observing from the idea of its place in the future’s recollection of the present, giving over the momentary to a study in the supernatural by process of examining its living ghosts, their rituals and the cultural debris that gives their presence a shell. American Interiors feels at a quick glance like a foray into the typological studies of the Bechers that have morphed into a Google Dream version of a nightmare that Hunter S. Thompson would have if he were around to see what is happening in the present field of American culture. The images consist of 80+ interiors of cars. They are shot mostly from the access point of the vehicles front doors and the focus is on the record of objects or messaesthetics found within them. The employ of the car is a perfect pastiche for an Americana that fades with the dream. The choice of cover also gives the feel of something “classic” by way of its design and enforces a nostalgia towards the 70’s design trends when things were perhaps a bit better.

“In an attempt to think through paranormal forensics, I can allude that our ghosts are addicted to drive through food, guns, opioids and cigarettes. They have an affinity to hard alcohol and American Beer and believe in Jesus.” 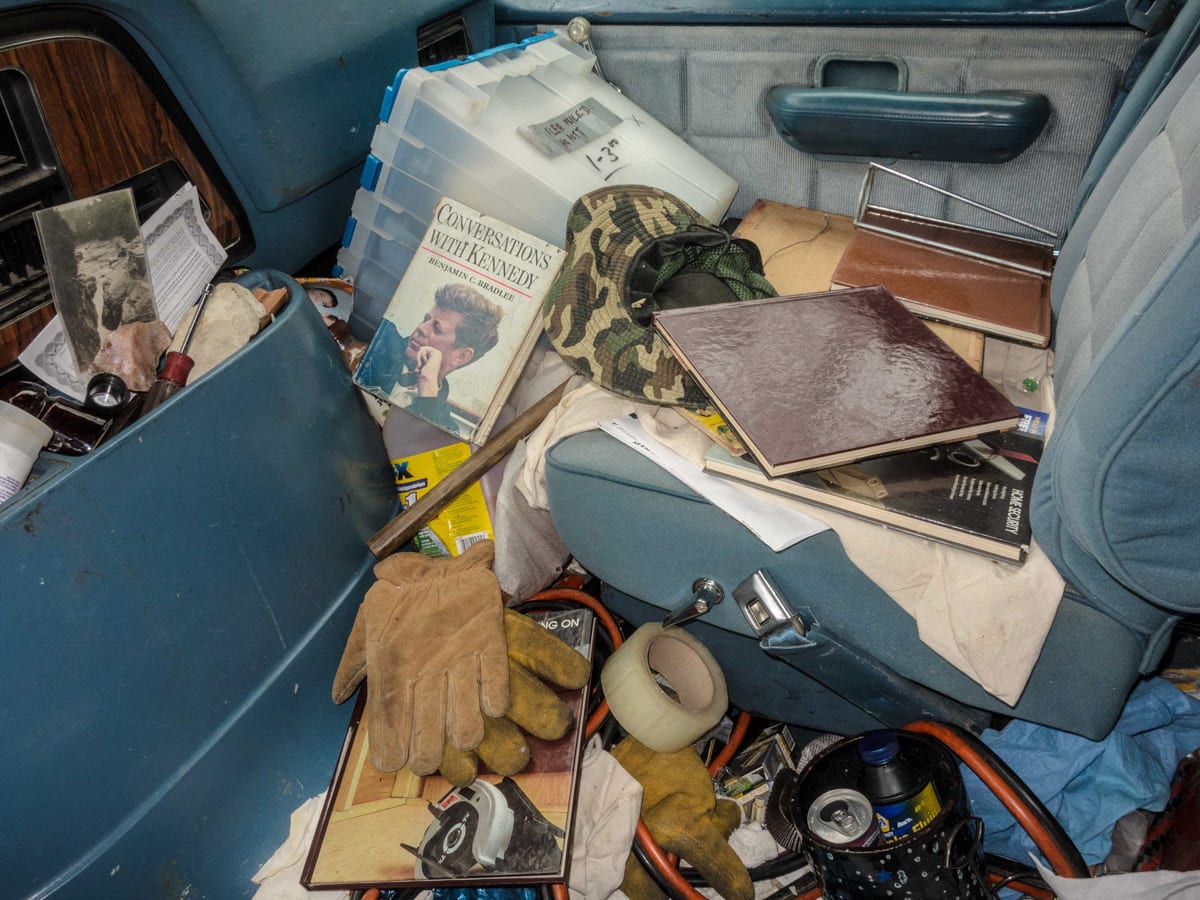 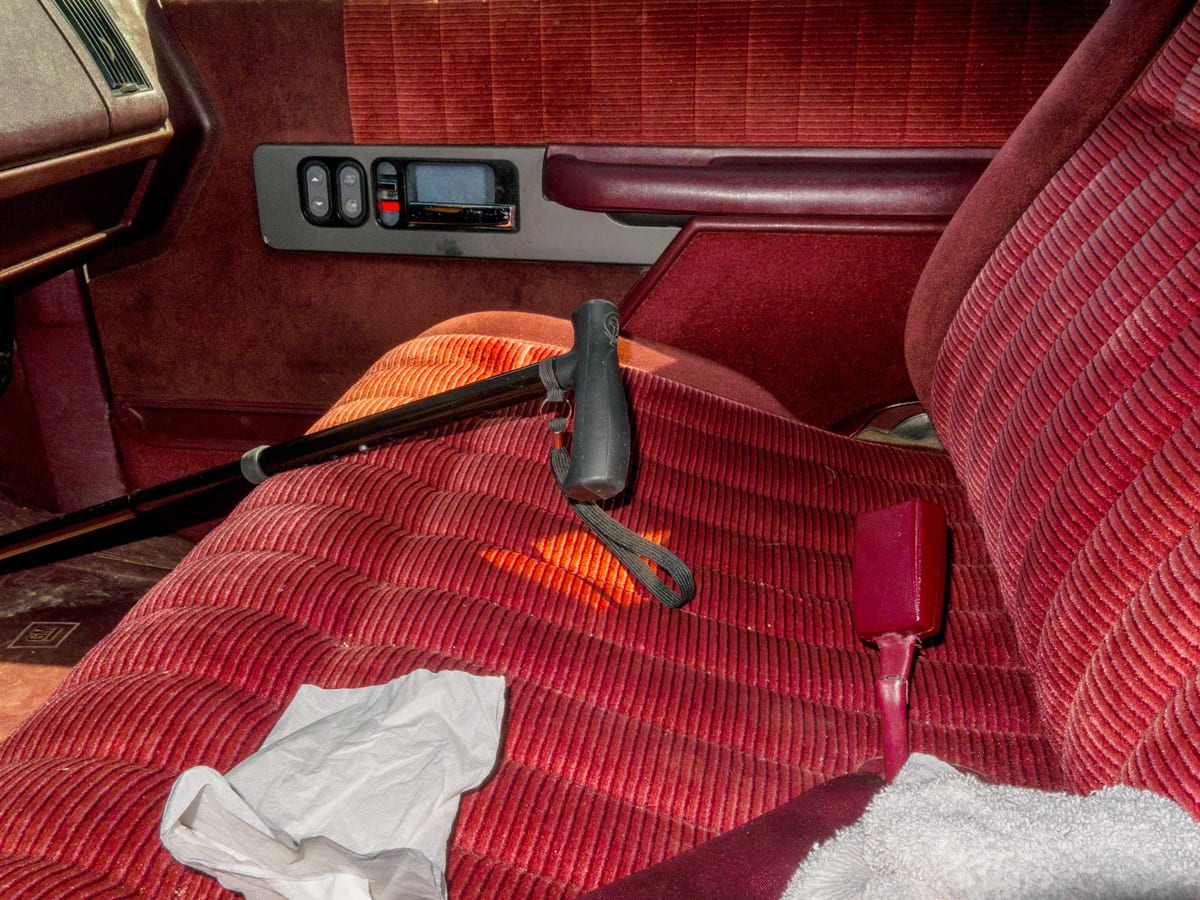 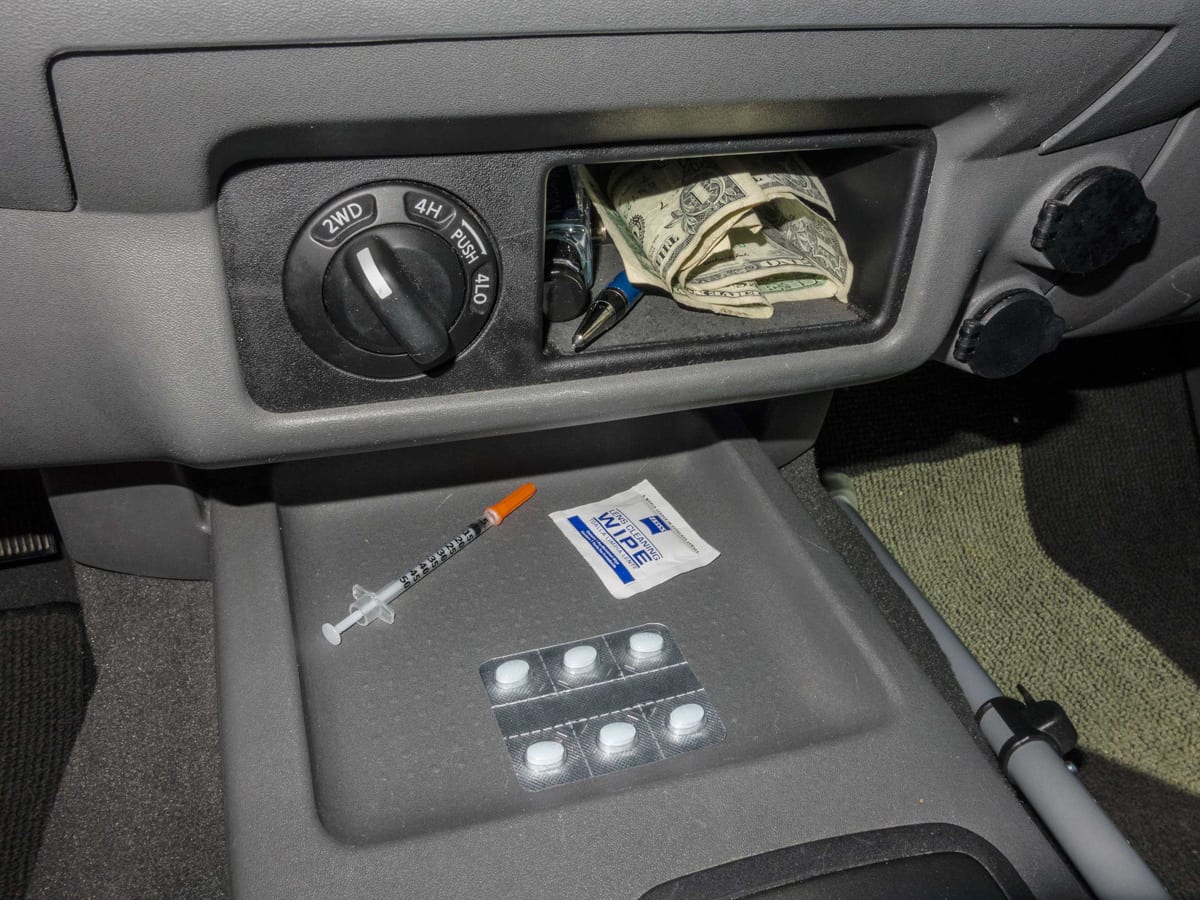 In an attempt to think through paranormal forensics, I can allude that our ghosts are addicted to drive through food, guns, opioids and cigarettes. They have an affinity to hard alcohol and American Beer and believe in Jesus. They care about their mothers and some have children-whose place in the car is a haunting and soiled baby seat. Some of our subjects must also be women, though the majority of the signified cultural baggage appears to be consistent with male behavior. And within that framework, there is an absence of the ghost of him or herself.

The Conway brush is the hairbrush of choice for the returning female veteran, whose salary for fighting the good (?) fight is generally at least 10,000 USD less per year than her non-serving counterpart according to a citation in the book. A few play the lottery to try and even the odds. They shop for mouthwash, possibly at Wal-Mart and use this same Colgate product to clean their dentures when they are sleeping rough in their cars during crippling bouts of PTSD. The color of choice for car interior is an incongruent beige upholstery in which cigarette ash and food stains co-habitate between the front seat near the console, the cassette player, but also above somewhere close to the sun visor. Many of the vehicles have exposed wiring running along the floorboards in front of the accelerator and shift pedals-a not so subtle metaphor for our subjects and the country itself. 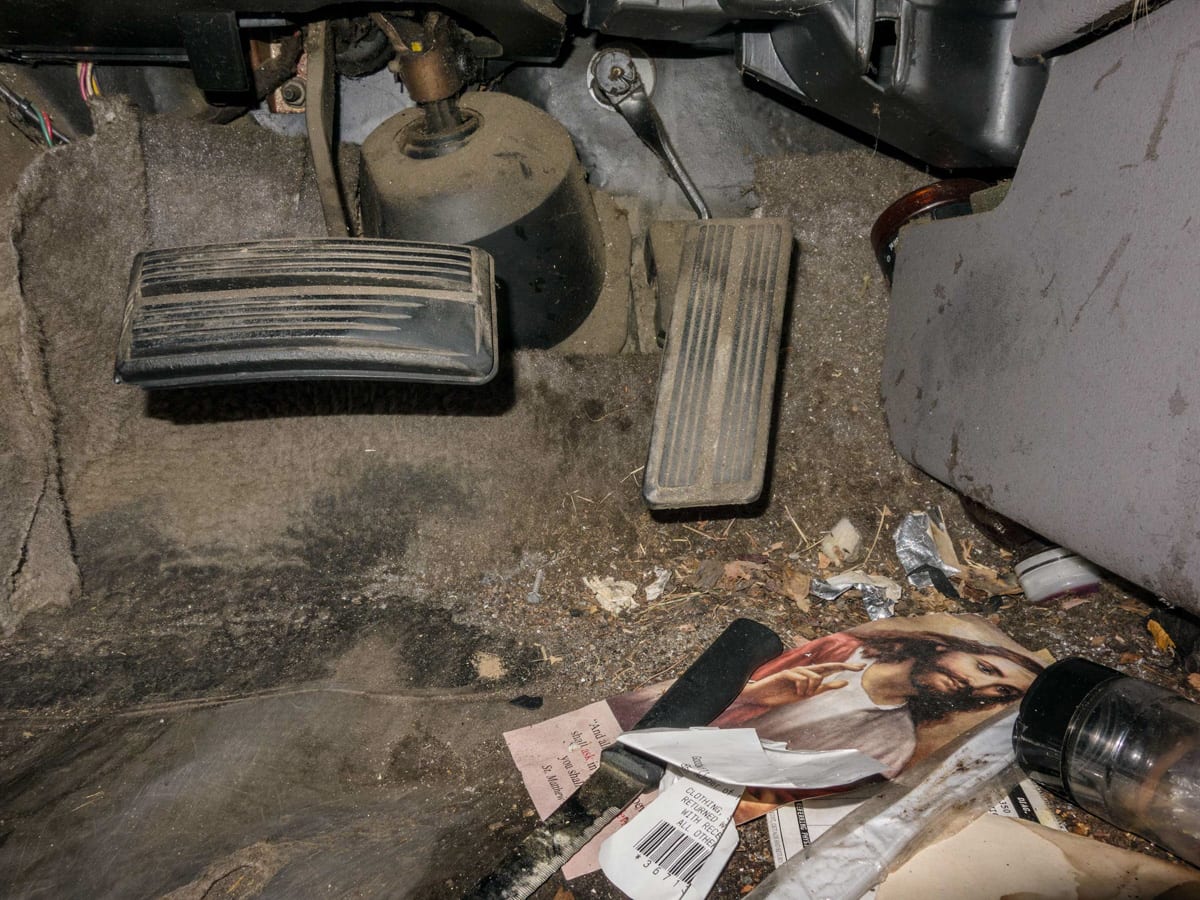 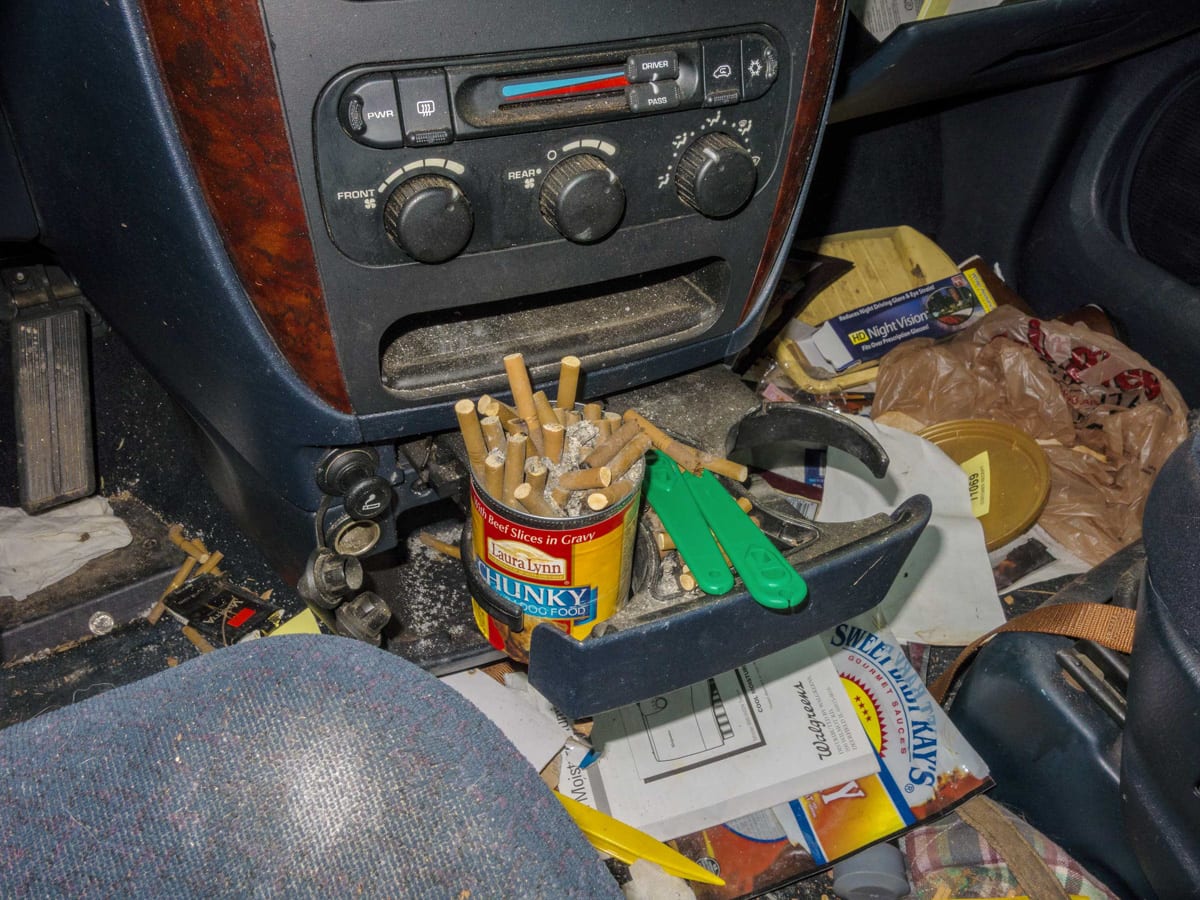 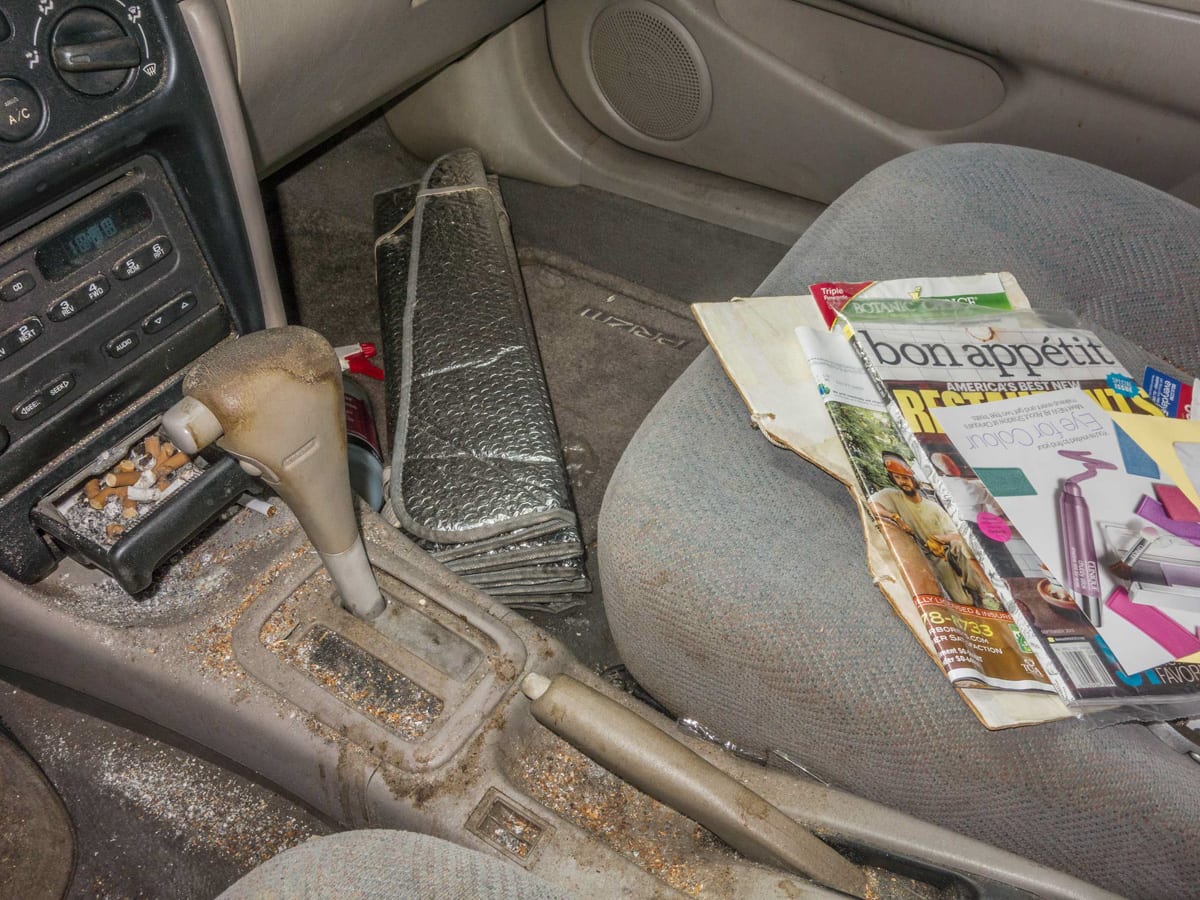 Casteel’s American Interiors fits in that canon of books alongside those mentioned above and Alejandro Cartagena’s Santa Barbara series within the burgeoning distribution of books about the new dystopian American landscape and its people. They are frightening and important examinations of things left unreported, lives stopped short or at the very least put on hold and their weight is nearly unbearable as a white American male who was privileged to grow up in an America in a certain time when things were still hidden. The imminent collapse was not even on the agenda and the wars which will never end had just started in earnest. Casteel’s investigation is not dispassionate by any means. As a matter of fact, the process that he has chosen to distribute the anthropological record he has observed, though in repetitive form (not a bad thing) gives respect to a condition at a distance. He has been given access to the veterans. It would have been a mistake to include portraits of the people whose vehicle he has photographed. He has already done that. His images are intense studies of the psychological makeup of the veterans found within their interior (could argue safe) space. Everything is present without the incorrigible inclusivity of the subjects themselves. The timbre of these studies is heavy. It is filled with loss, but is objective enough to look without comment. In a strange way, I feel by looking at these images that there is a huge amount of care and concern and that Casteel’s project is by no small means about empathy. 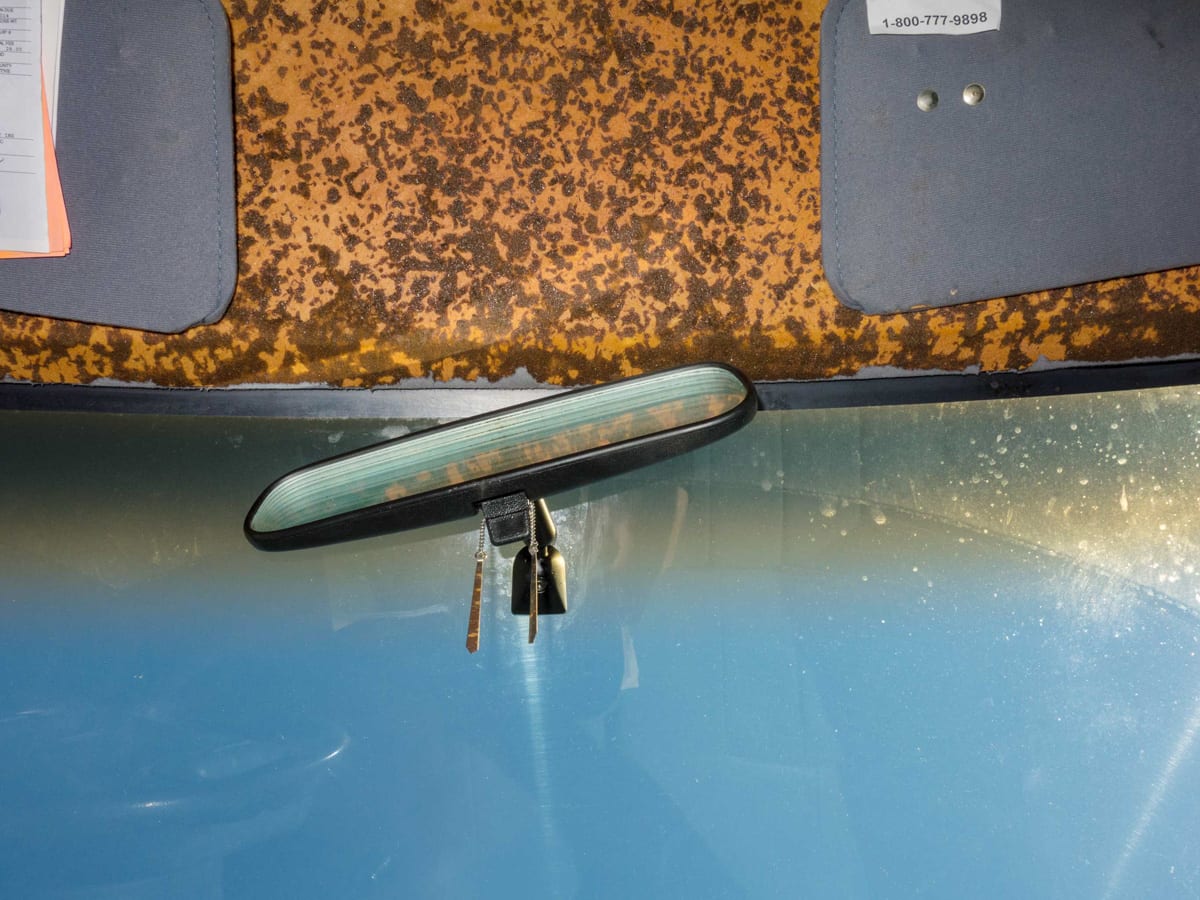 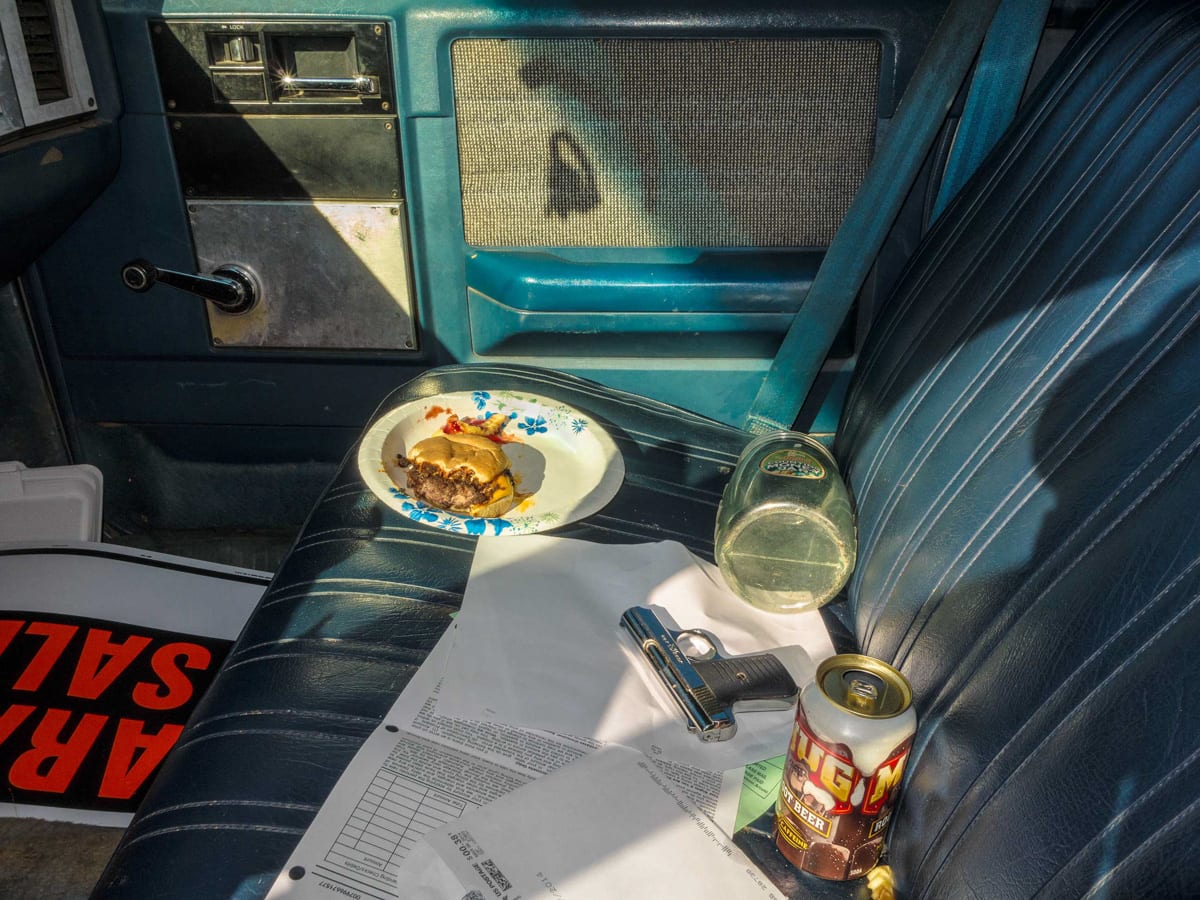 My interest in photographic work about the decline of Imperial America is not relegated to a perverse joy in watching my countrymen suffer- quite the opposite. It starts with befuddlement that it can happen then it is followed by a gut-wrenching suffocation. The ghosts of the living are being produced at such an alarming rate that I don’t know whether to scream or stop looking or join. To get to this point takes a large amount of effort for me personally. I wade through many insufferable images by proxy of my interest in collecting photography and I cannot help but feel I am looking into the relics of a nation where I was born and whose volume of mass psychology at present is crippling in its sadness. And this is a sincere thank you to Casteel for braving the elements to see Americans and particularly the veterans of those countless wars in which they return from the forefront of visible national “interest” to the prodigal and unassuming position of the invisible. Failure is not an option, it is inevitability. HIGHLY RECOMMENDED.