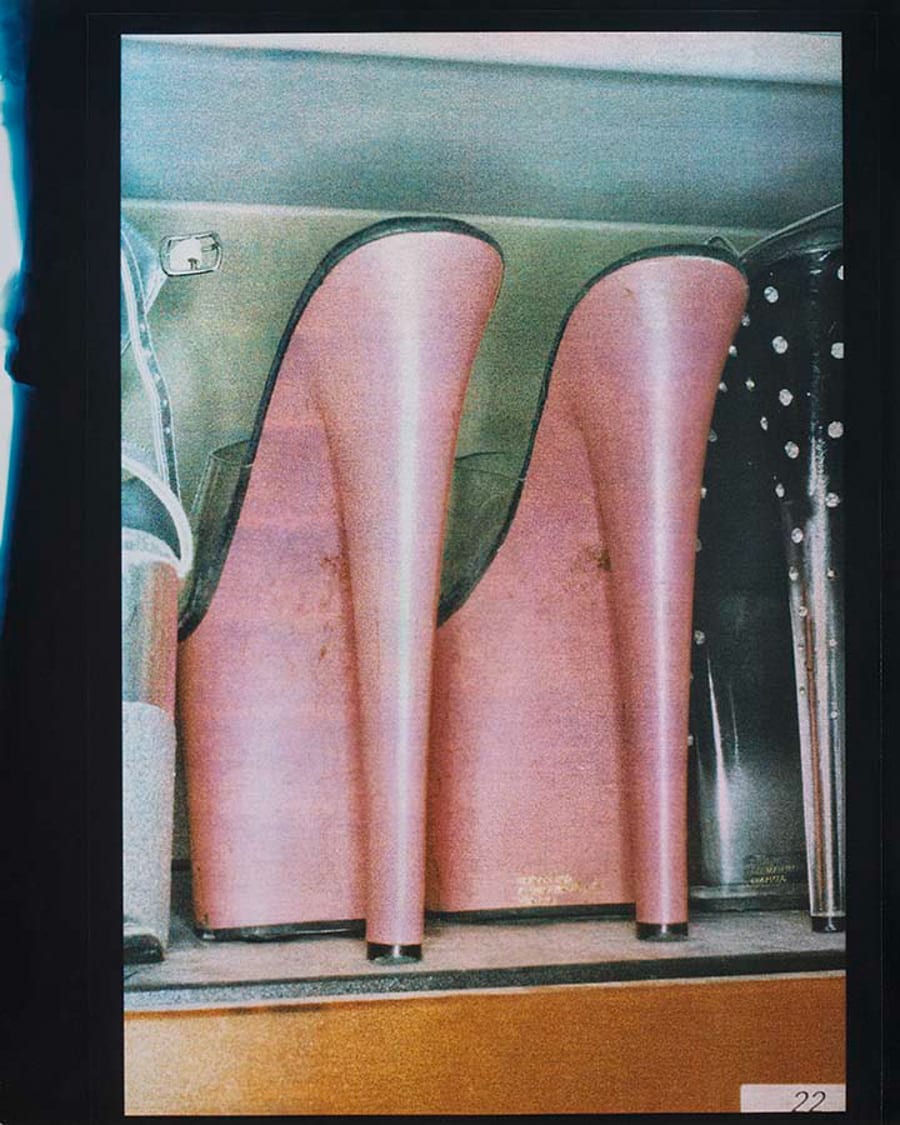 “The book and its contents are from the minds of three of today’s most promising young artists using cameras-lest I dare call them photographers. They have authored the book under one idea, one project and the individual image is ascribed only to the work of the group, which is refreshing.”

There are more than 100 reasons why an epileptic trance state can produce visionary dreams in the throes of a fit. The first of all of these is key in the ingestion of both pleasure and memory and how those traits are associated with addictive personalities and addiction under the aforementioned fit find the seizure familiar and sometimes consoling, though painful afterwards. This means that the conjuring of these visions has to do with the hitherto unknown activity of the limbic system or its much more inconvenient name, the paleomammalian cortex and how its workings while befuddled in a state of shock, produce manifestations of grandeur. The PC as it shall be referred to is responsible for the delegation of not only the olfactory sense of smell, but also that of motivation and long-term memory.

Under the inconvenient rapture of an extreme epileptic shock, the ocular organs operate under a state of paralyzed disruption in which the sensory nerve-the optic nerve struggles to receive light from the eye’s light cones and fails to pass the light on to the brain in a normal and regulated fashion. It distorts, stretches and changes the axis or plane of sight sometimes into swirling disarray. Historical interpretations of these states are vast, but lack the details associated with governable and credit-worthy scientific studies and are thus left unstructured, un-believed and thought of as highly improbable in the mind of the non-epileptic. The impure spectacle of such visions are entitled to the epileptic alone though the corroboration of these events can be described by other seizure subscribers partially as “primordial” for lack of cohesive unanimous declaration. 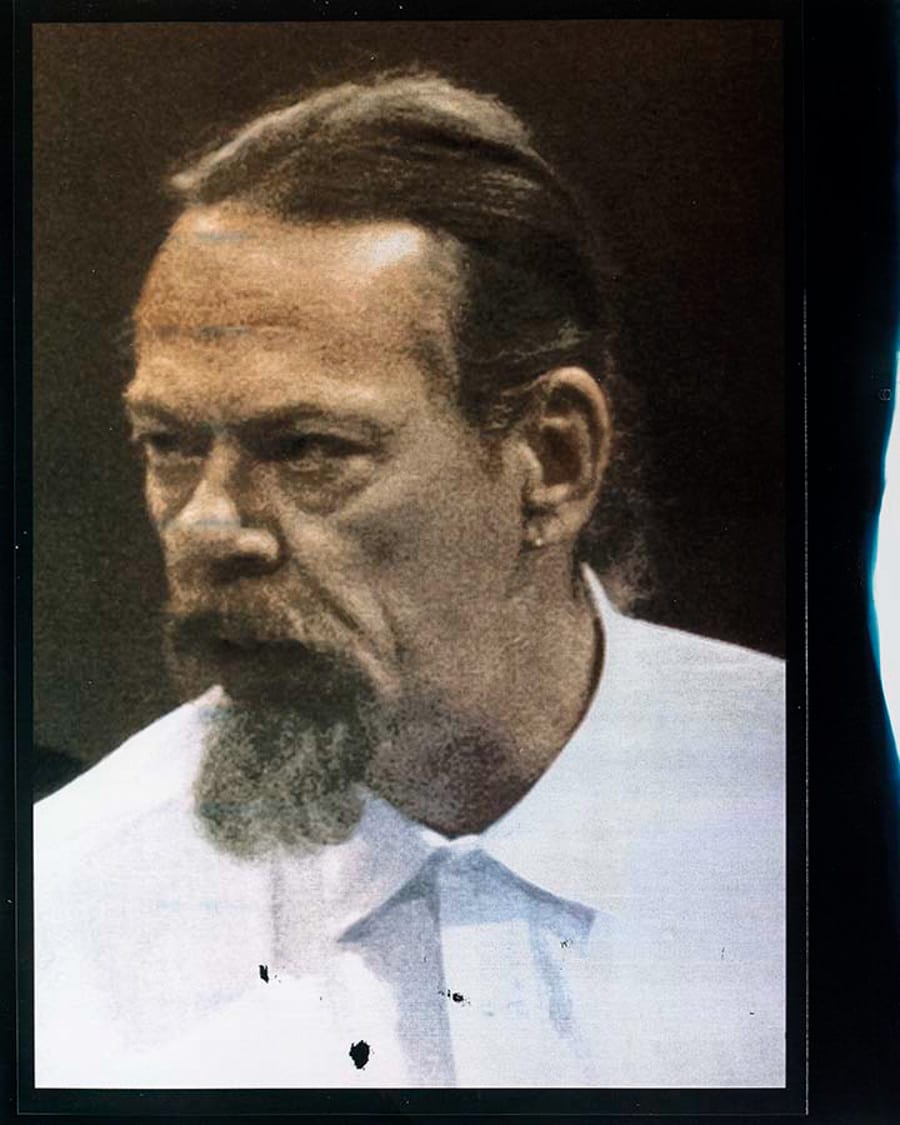 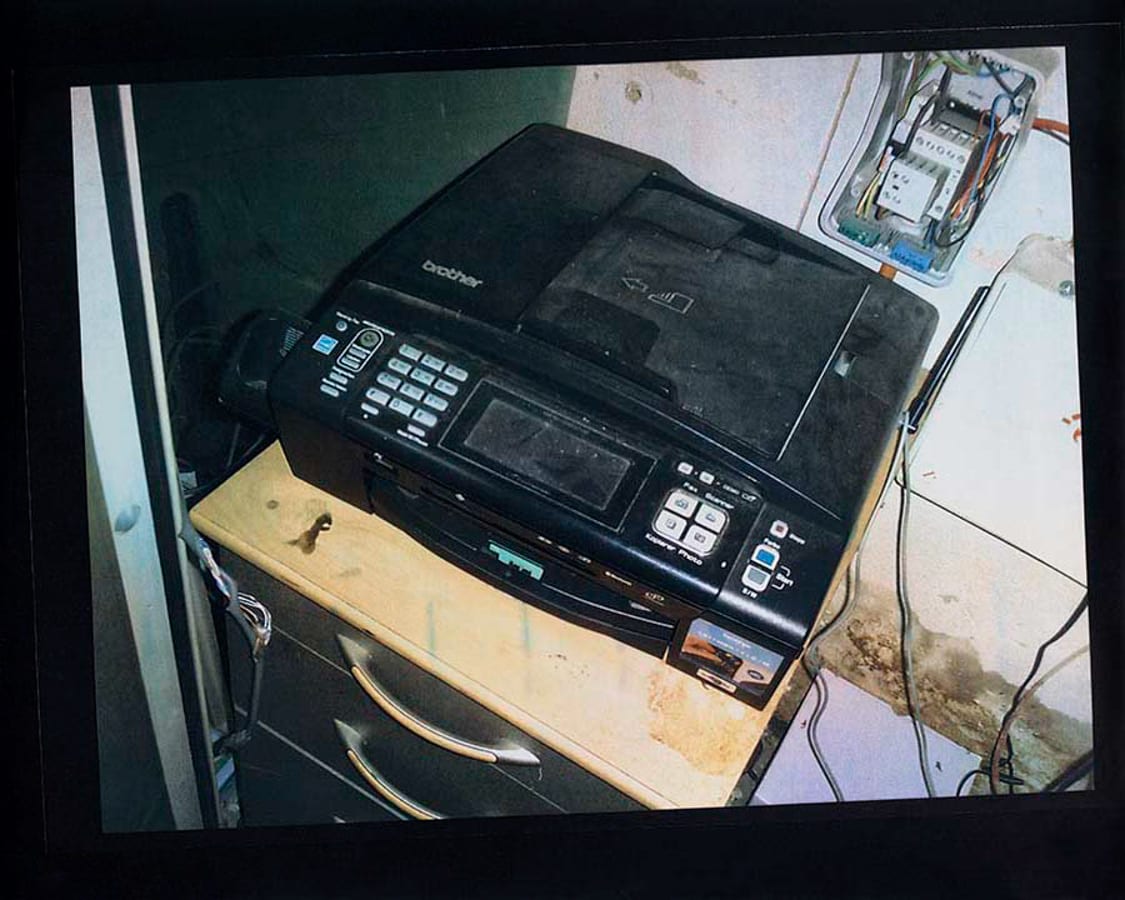 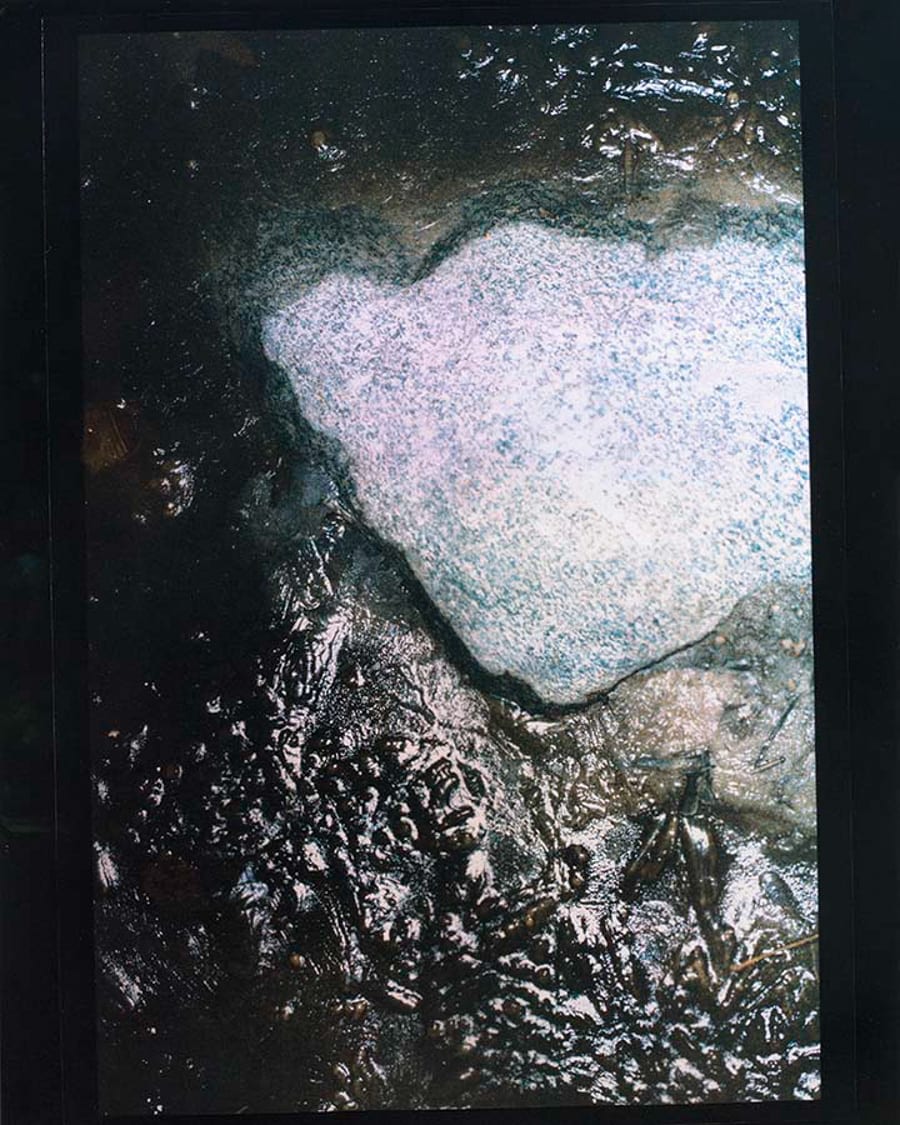 Notations have been made about the subject’s sight being distorted into registry of thick blankets of color and movement, not unlike the heat cameras of today. One subject, in a report dated from 1993 from the School for Ocular Psychopathology in Claerbout, Pennsylvania demonstrated that he felt as though his mind and sight had entered an “acid bath, man” and that his vision, though pleasurable due to his seizure having been induced in a gentlemen’s club was not of a persuasion disassociated with carnality. The vision produced had left an indelible and obvious stain upon the subject’s countenance and denim trousers that refused in all rigor applied to free itself, the subject later recanted.

This same subject was invited to watch the security camera playback loop from the club weeks after the event. Having a slight embarrassment for the episode, but wanting to invigilate a viewing of his fit through playback, the subject was allowed the 13 minutes alone in the office of the doctor responsible for his assessment. The report follows that in the midst of entering the office, the subject took undue interest in an aged fax machine in the corner of the viewing room where he spent a long minute carefully dusting off the accumulation of soot and stale cigarette smoke from years of dis-use which had combined and had wedged itself under his fingernails before he calmly heaved his disheveled weight upon the stool in front on a static lined television connected oddly to a VCR machine. The security tape itself being the culprit for such anachronistic incompetence. Time passes on.

“The vision produced had left an indelible and obvious stain upon the subject’s countenance and denim trousers that refused in all rigor applied to free itself, the subject later recanted” 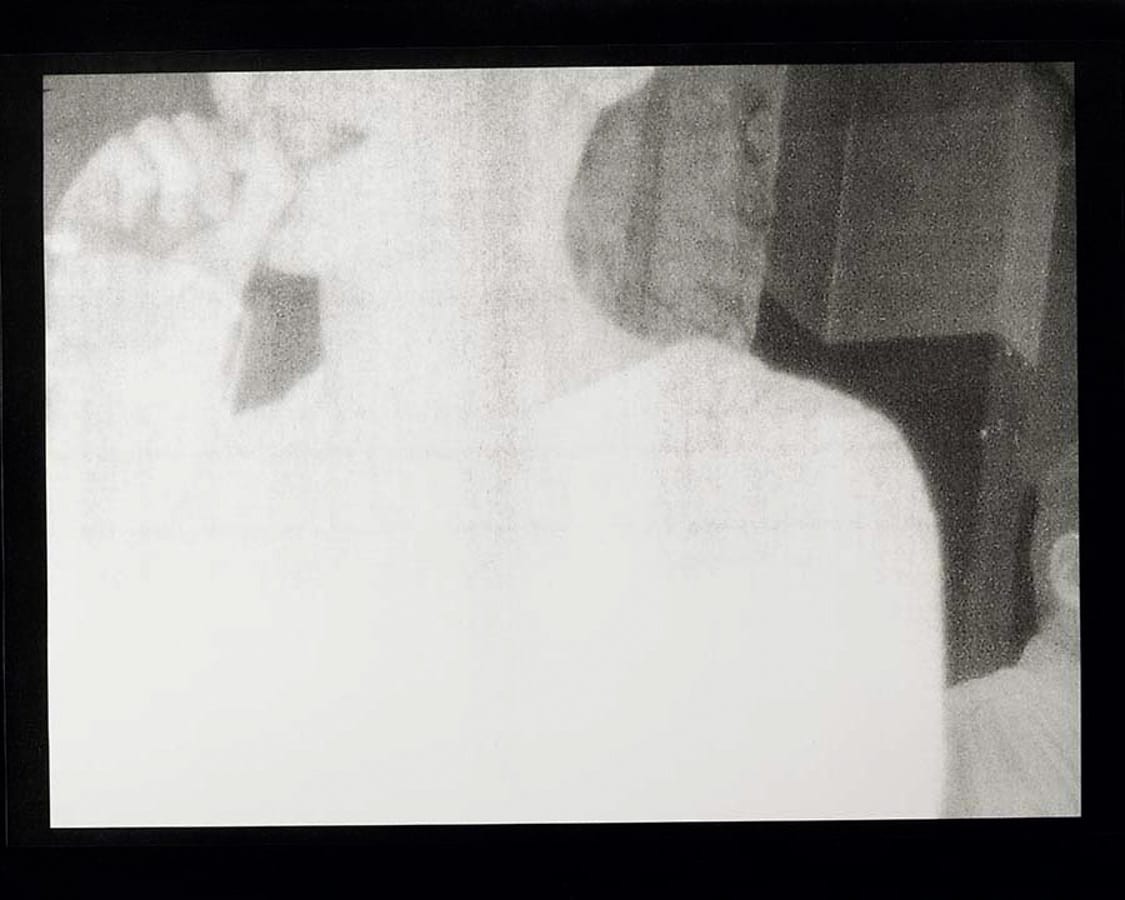 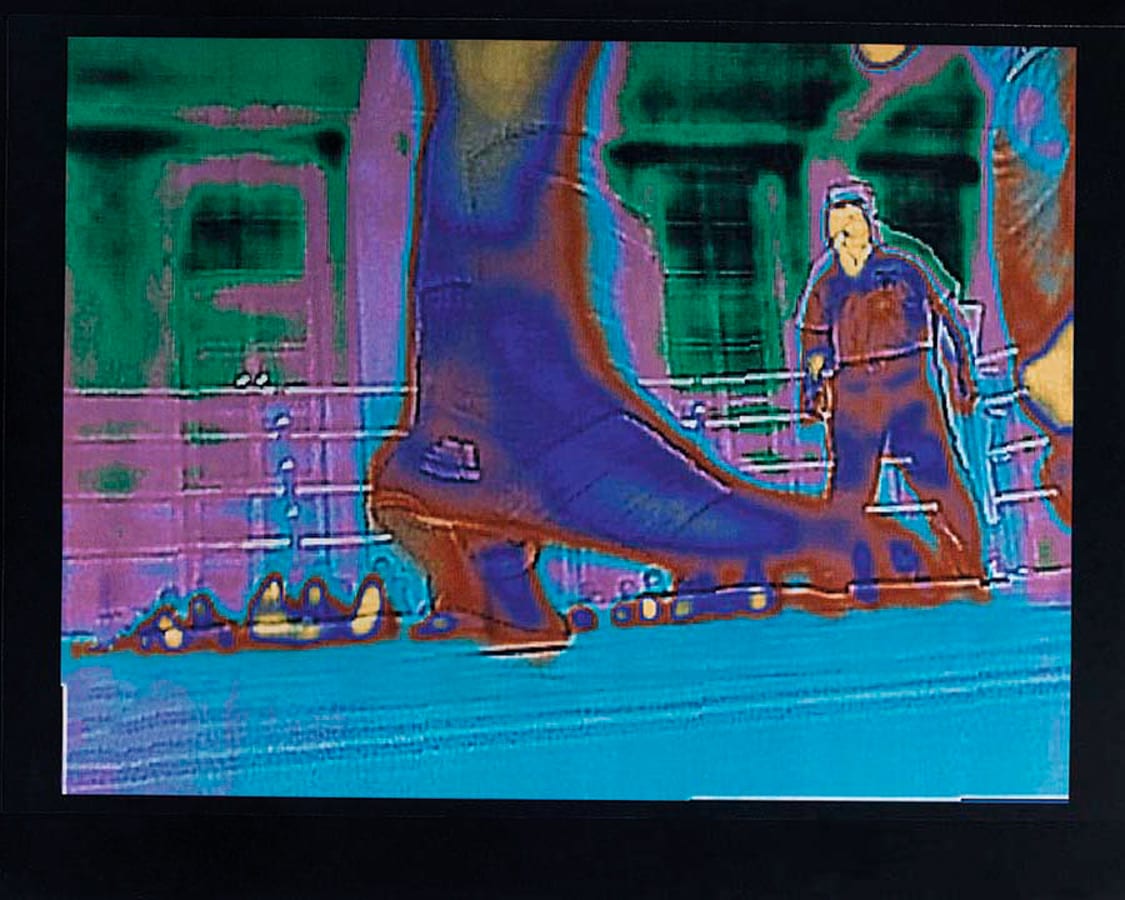 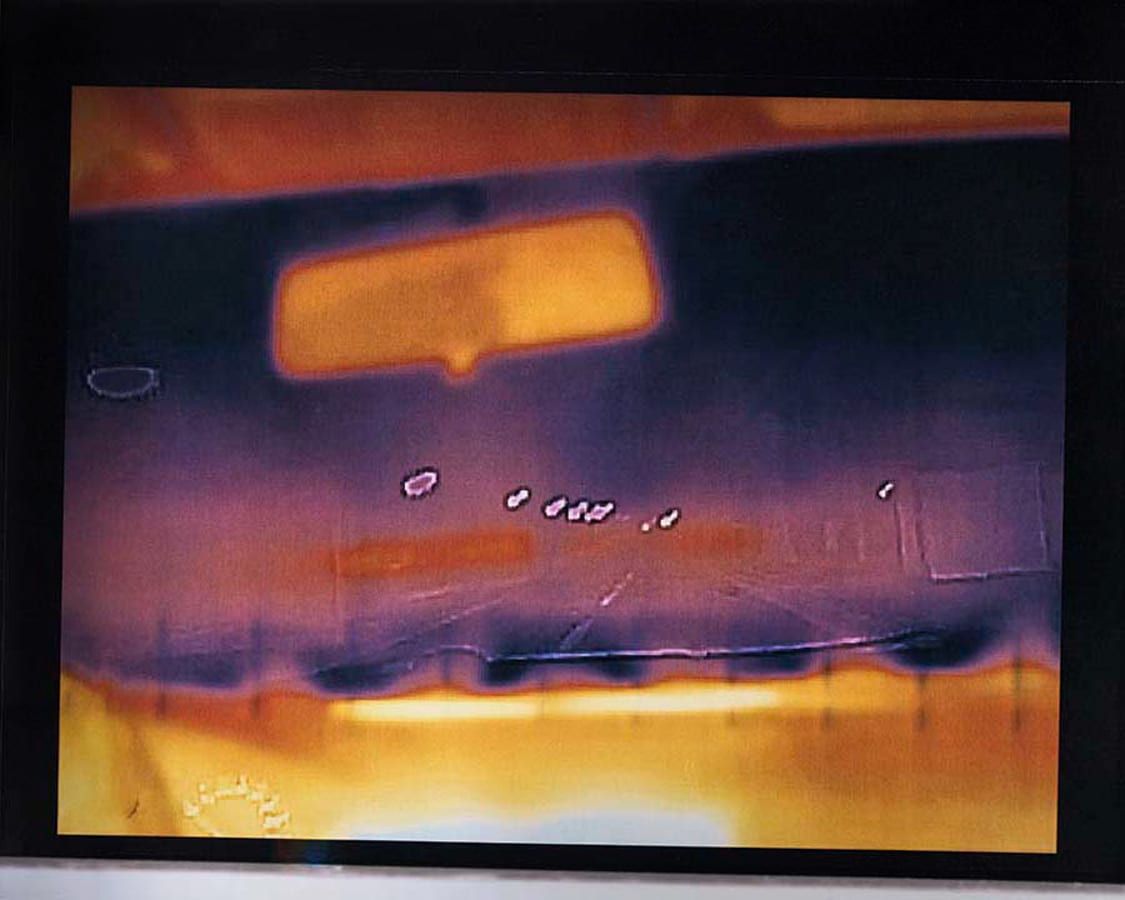 Upon re-entry to the room and the subject, the doctor had noticed a peculiar site upon leaning his weight against the door, which budged ever so slightly due to a weight or force opposed to his own from the other side. With the light of the still playing loop illuminating the glow of the room ever-auspiciously, the doctor could see the palpitating and pale foot of the subject in a presumed state of secondary shock from the viewing of the initial fit on the screen. The doctor heaved his own considerable weight against the door and a great cracking noise resounded. The door, due to its weak composure wrenched itself from its top hinge, while the door panel, steadfast at the lower hinge, began the process of splintering and doubling over on itself over the twitching body of the subject with the doctor clumsily falling over it creating a sturdy, but un-useable A-frame hut for the subject underneath. Whilst scrambling to his feet poorly, the doctor adjusted his spectacles to catch the last few seconds of the security playback only to notice something that he had not previously seen-the glare from a disco ball covered in phosphorescent flash and the silhouettes of three hooded figures from behind the heft of a dancer’s left buttock as she swung around the brass pole littered with greasy fingerprints. The cameramen culprits responsible for the subject and his denim trousers were neither confirmed nor disconfirmed in the following report.

“100 Bilder” published on Kominek Books is something of a fragment of three artists minds in several environments that I am certain include at a minimum, a strip club, an ice-skating rink, and a live concert venue (which could still be a strip club in) somewhere in former East Berlin. There are the implements of der stripping and der ice-skating within the book, but that doesn’t make it about Berlin or its ice-skating strip clubs, but could rather insinuate a visit to the doctor for Gerhard Richter, whose own “100 Bilder” presents a different range of tireless observation. What it is in 100 Bilder is three actively synaptic minds playing with speed, error and technology. Using outdated and unusual cameras, the trio embarked on a savage and fast aKtion documenting some disturbing corners (that fax/printer-jeebuz) and partial facades of a particular urban environment.

There is a huge amount of energy in the way the images are made. The thermal density of some of the images (Yokota?), the cold images of jagged rock (Takizawa?), and the fragments of passers (all?) all engage the viewer in a way that drags them into the vortex of what looks like a great, if hectic time. Being a non-epileptic for the time being, I found my mind reeling in the material fast and in a hyper way. I don’t usually do that with books. I tend to let the images cogitate in my mind to drive me somewhere further than what the moment within suggests. I felt more like I was supposed to open the book cover to cover fast and then close it quickly for some reason, like a flipbook for Adderall poster children. I went back through a bit slower on the fourth time and the book still felt like Gaspar Noe should have written a few pages of it’s imagined text.

The book and its contents are from the minds of three of today’s most promising young artists using cameras-lest I dare call them photographers. They have authored the book under one idea, one project and the individual image is ascribed only to the work of the group, which is refreshing. This is also the result of Michael Kominek of Kominek Books infamous residency program in Berlin. Each contributor has also published his own separate book from the residency, which are all completely different forays, but also equally amazing. The force of this “100 Bilder” book is between the publisher, the city and the minds making the images with a certain method of what appears to be no method at all and is completely rewarding in a very dis-quiet way. After setting the book down, I somehow wished I had a way to calm my optic nerves. “100 Bilder” is an experience that I haven’t quite had before and though I am happy it sits on my shelf, next to my broken fax machine. However, I am not quite sure whether this stain will wash out from my spiritual denim trousers, nor am I sure I want it to. HIGHLY RECOMMENDEDEDEDEEEDEDEEEDEDEDEDEEDED. 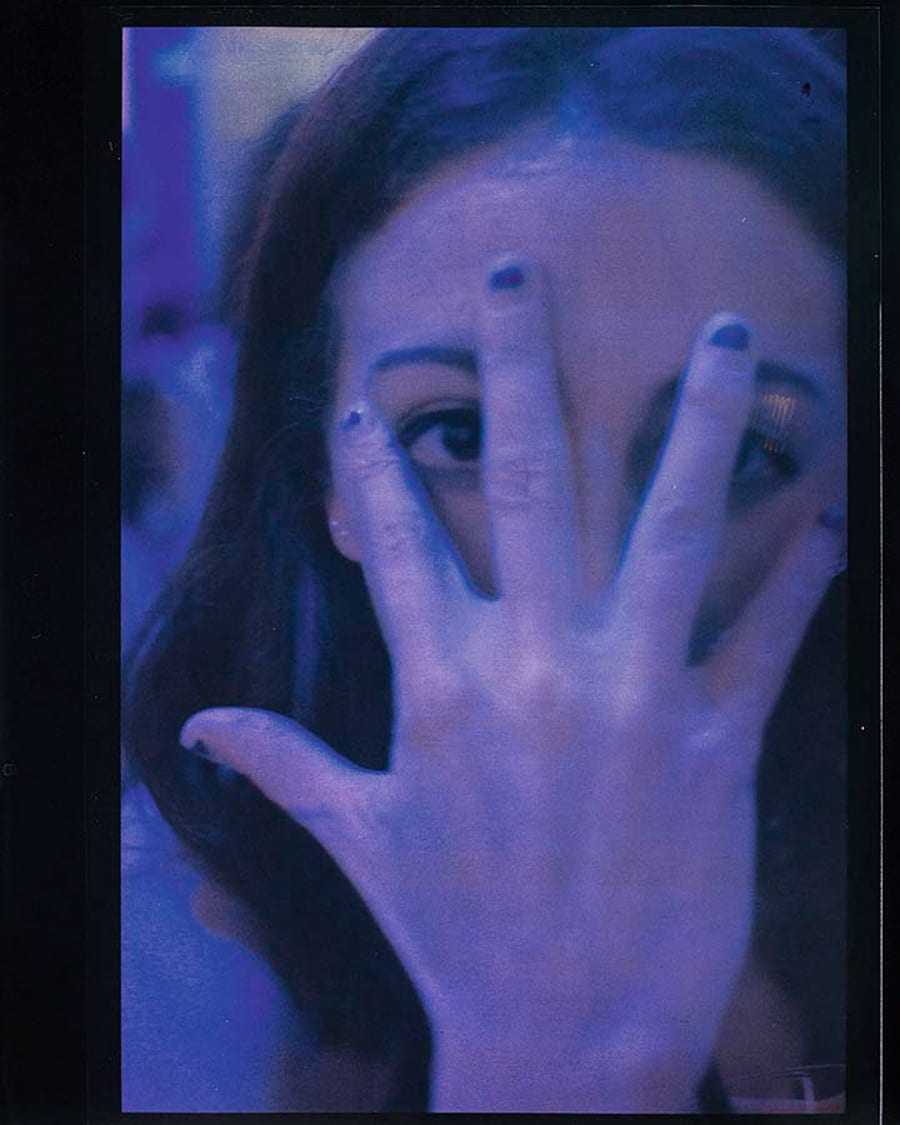 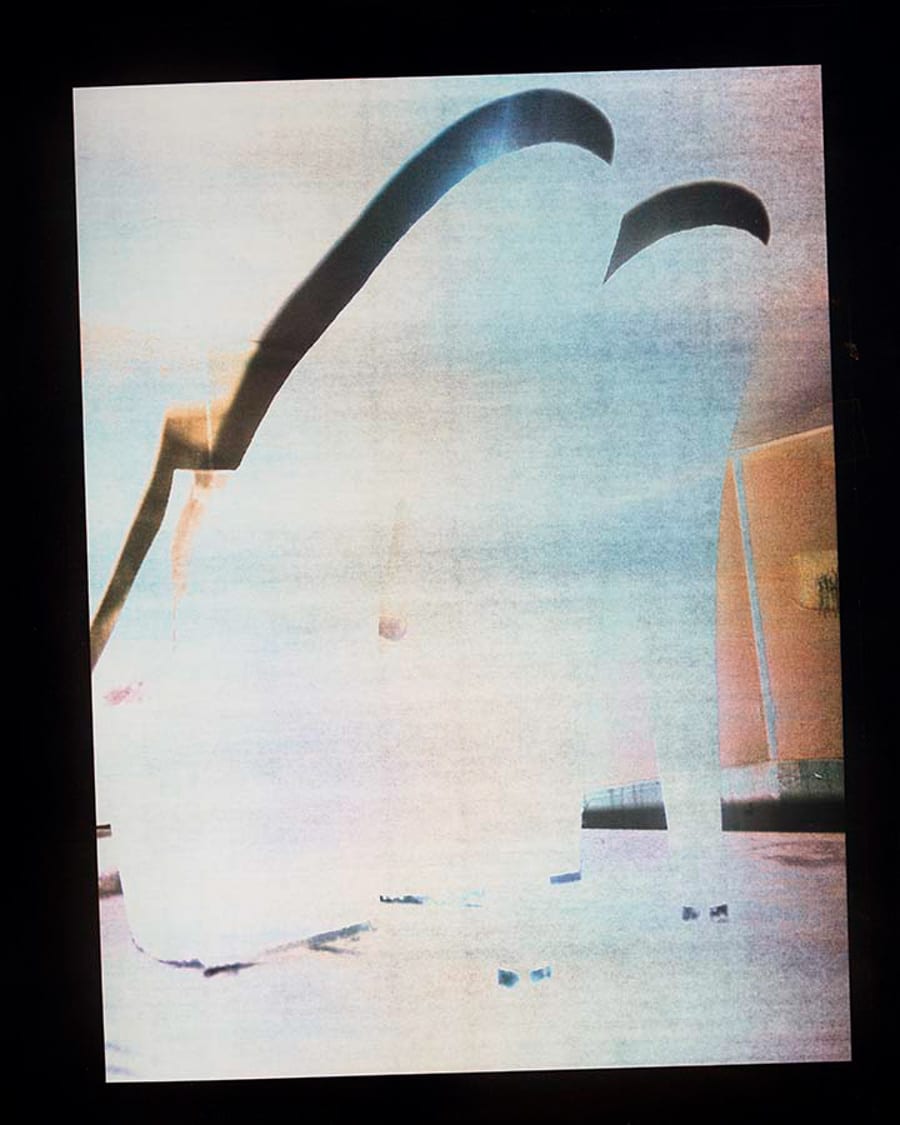 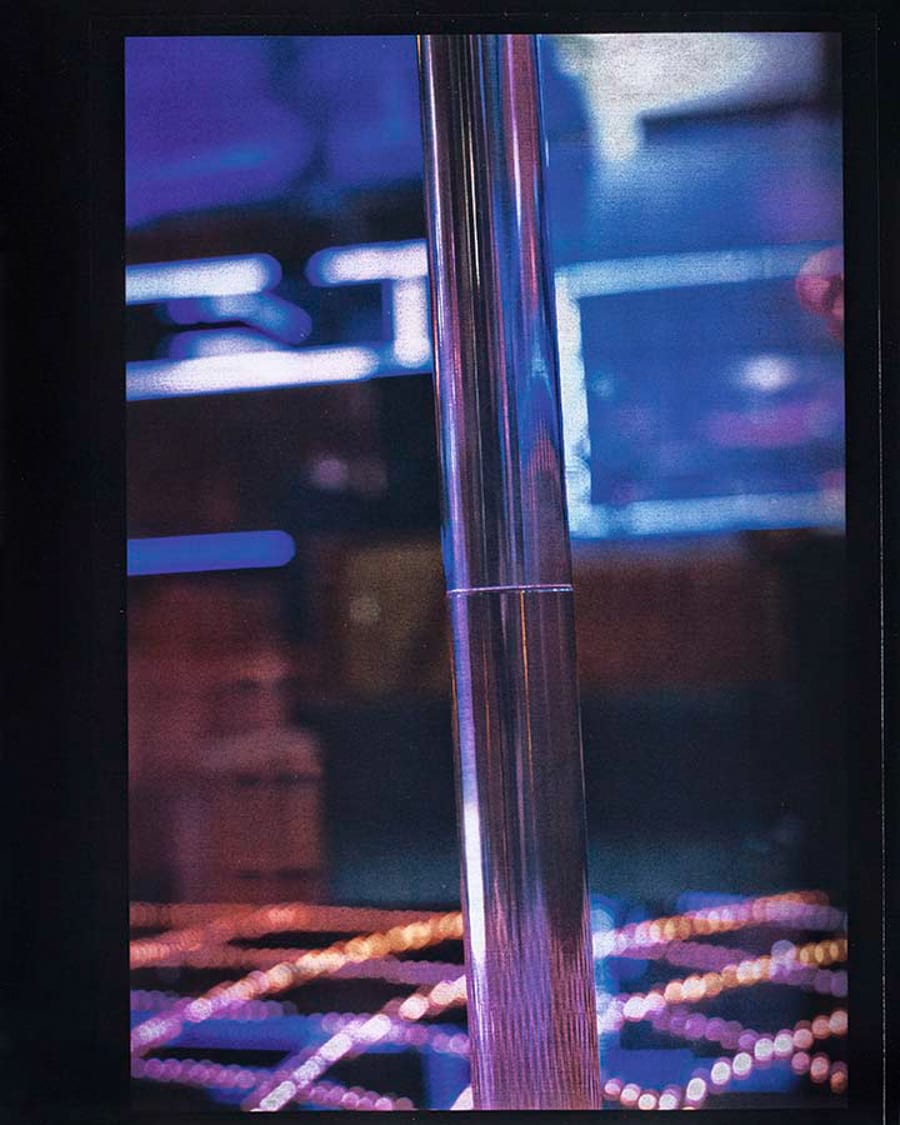