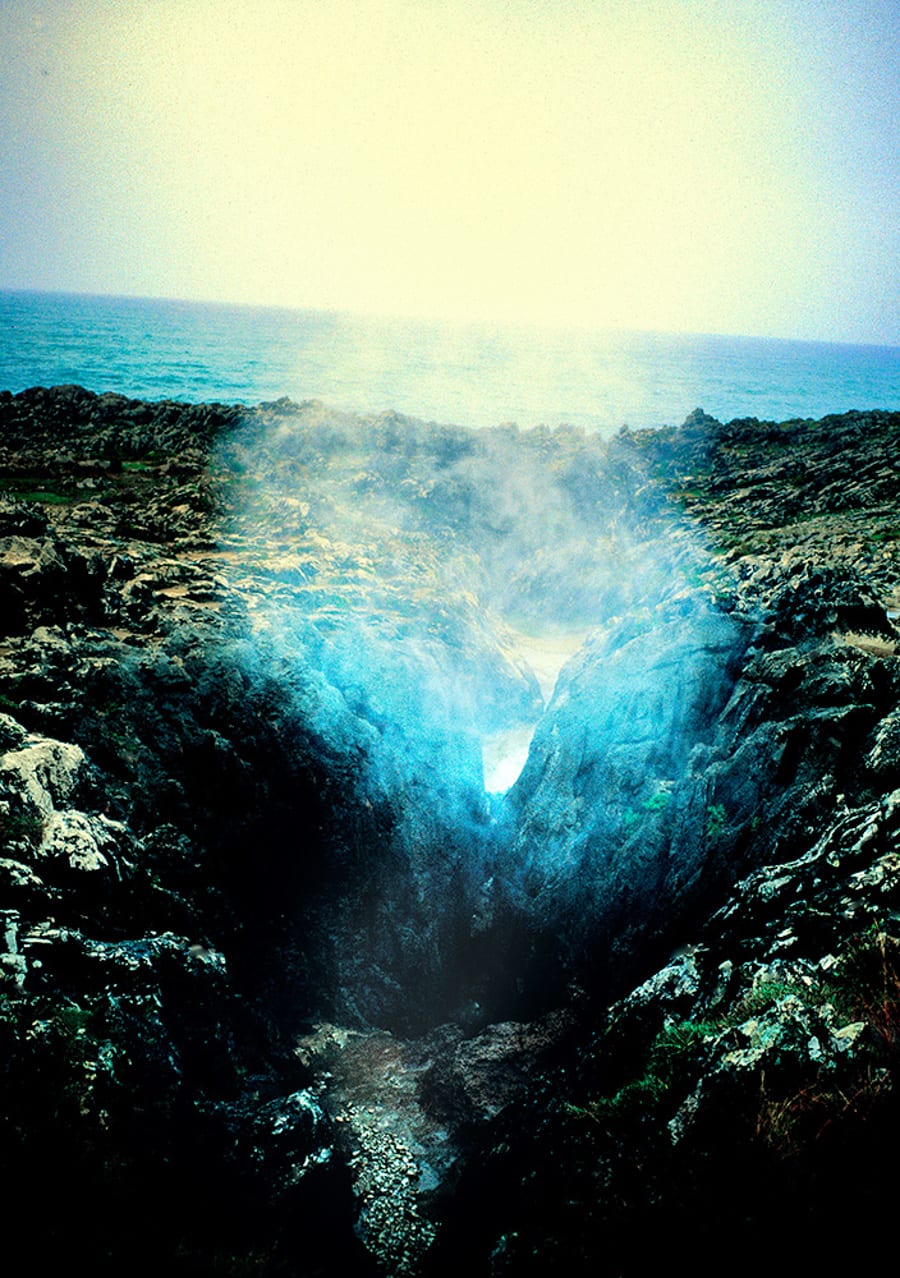 “How many more times will you remember a certain afternoon of your childhood, some afternoon that’s so deeply a part of your being that you can’t even conceive of your life without it? Perhaps four or five times more. Perhaps not even”.-Paul Bowles, “The Sheltering Sky”

All Energy expands. It dissipates at its ends and follows all other energy outward and away from a central point. Thus are the partial qualifications for the state of entropic governance. The only time matter is concentrated from a spark to that of a growing perspective before it radiates outward is birth, the bang so big on such a small plane that we keep its essence close, like a jagged pebble that finds its way into our shoe. One should not remove this pebble until one forgets its presence pressed upon the sole of one’s foot. Entropy is a state of disorganization and it is hard to find encouragement within its non-state without giving praise towards misery and solitude.

Paul Bowles knew about sand. He had spent time in the desert contemplating matter, life and everything human as compressed by the thought that this aforementioned outward push is to grow and dissolve at the same specificity of “time”. It is agony, such as a newborn outgrowing its limbs so that it shakes into dancing through the waves of stretching energy that shakes its tiny appendages. In “The Sheltering Sky”, Bowles sums up the efficiency of human matter expanding upon the brow of its own consciousness in an alluring and prescient passage….

“Death is always on the way, but the fact that you don’t know when it will arrive seems to take away from the finiteness of life. It’s that terrible precision that we hate so much. But because we don’t know, we get to think of life as an inexhaustible well. Yet everything happens a certain number of times, and a very small number, really. How many more times will you remember a certain afternoon of your childhood, some afternoon that’s so deeply a part of your being that you can’t even conceive of your life without it? Perhaps four or five times more. Perhaps not even. How many more times will you watch the full moon rise? Perhaps twenty. And yet it all seems limitless “

And so what of sand?

“Upon opening the package a feather and an anvil fell onto my groin. I have carried them since like a pebble in my shoe that I refuse to set aside or extract” 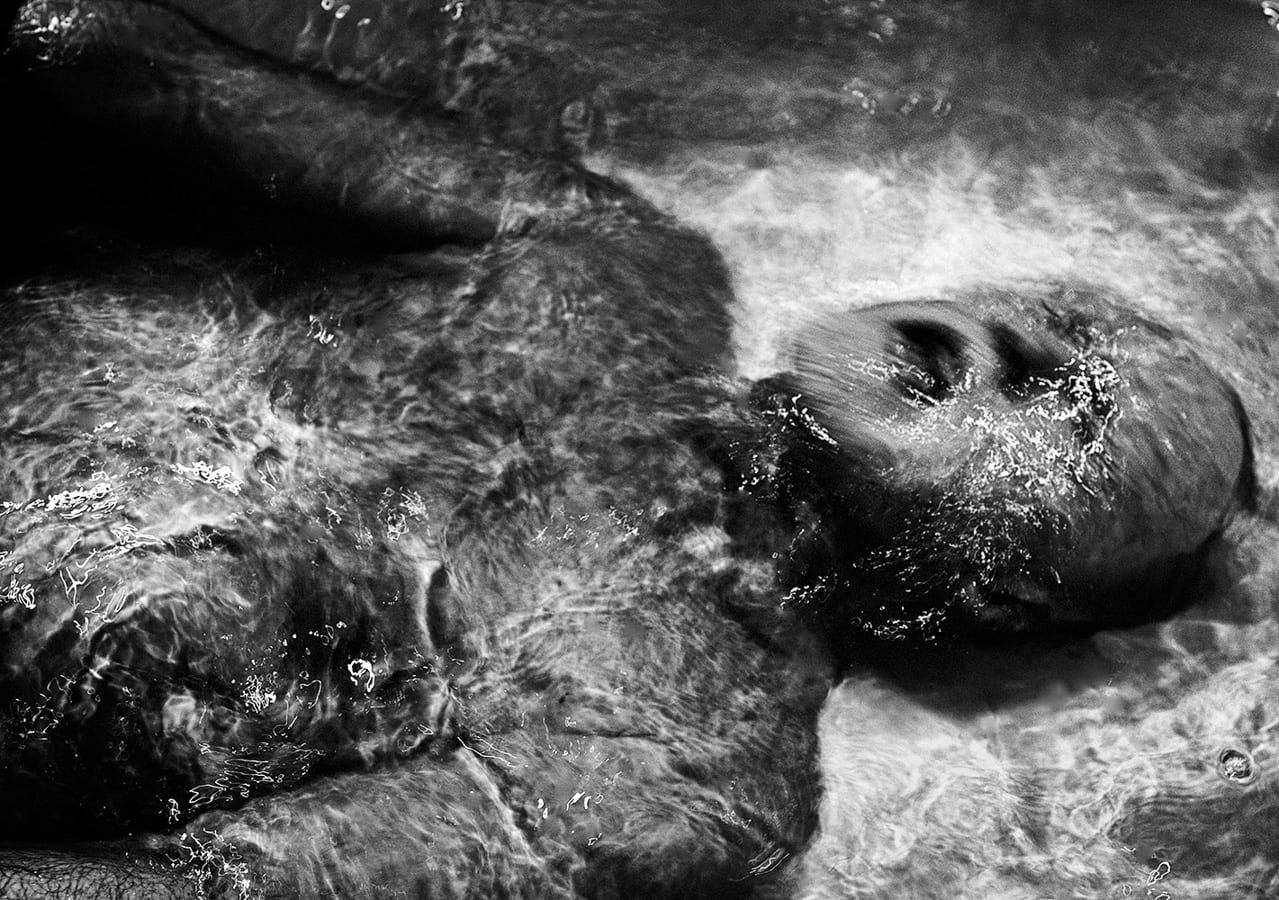 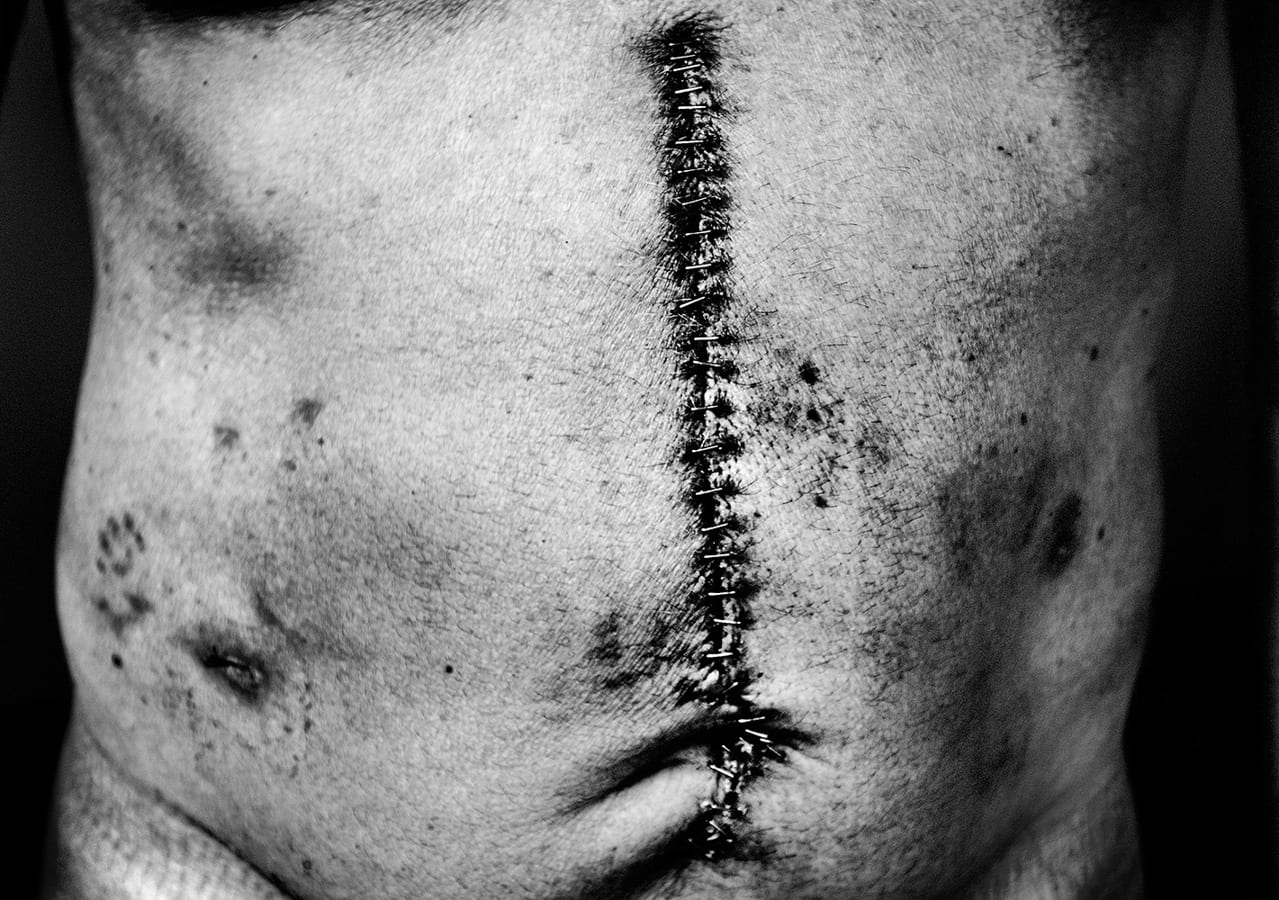 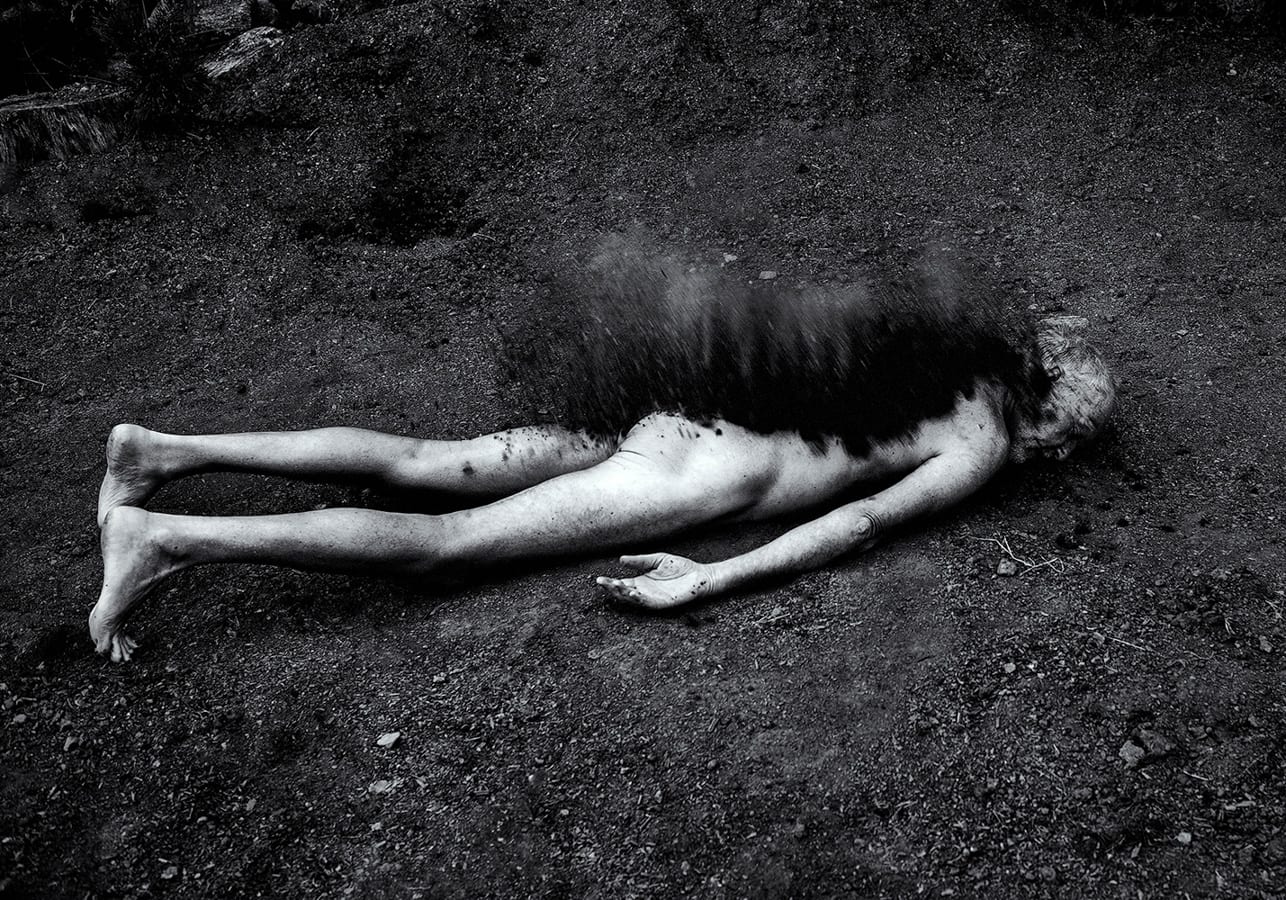 Leif Sandberg’s “Ending” arrived in the mail with no mention preceding its arrival. Upon opening the package a feather and an anvil fell onto my groin. I have carried them since like a pebble in my shoe that I refuse to set aside or extract. The cover of the book is a stark and compliant set of suture stiches from a surgical embrace that I had gathered would be the nexus for my introduction within. And within the pages things would expand. Throughout the book, death and near death lay prostrate as illustrated by photographs of Leif and presumably his wife in various invocations between the slippage of time and the way in which light illuminates its half-steps of failure to recognize a insoluble self. Leif lies prone on cold wooded Swedish forests. Dirt covers his back, but his limbs refuse to stop their dancing. Saint Vitus speaks highly of Leif looking over the edge of a looming finitude. There is a rage within. A rage for a near miss, the brush with death like that pebble in the shoe that Leif retaliates against. The images are not grim, they are opposing. They oppose the inevitable. They express what it means to understand the value of life and its continuance. Leif has cheated the boney grip and is celebrating the severed tentacles wishing to charge him with a sentence of entropy’s gain. 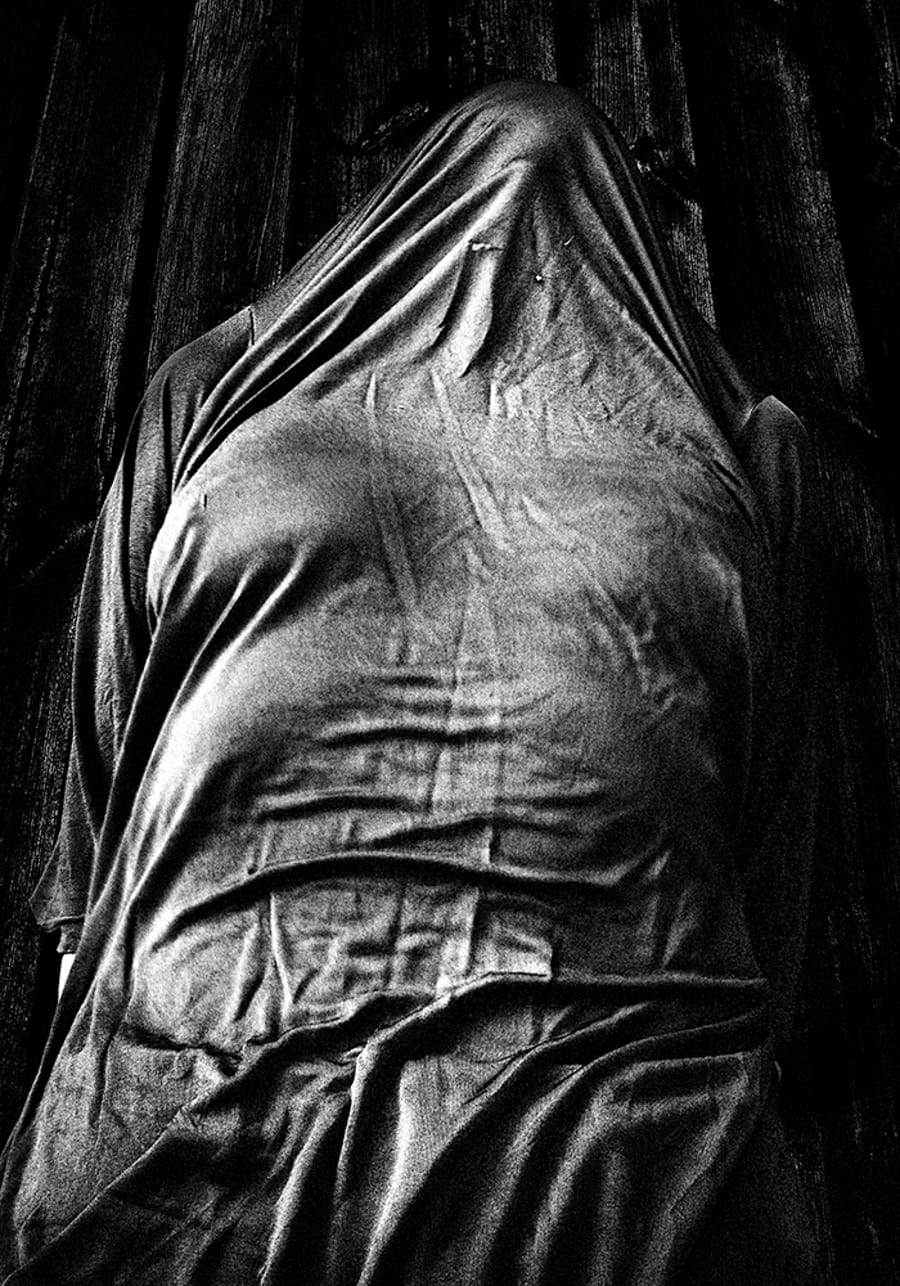 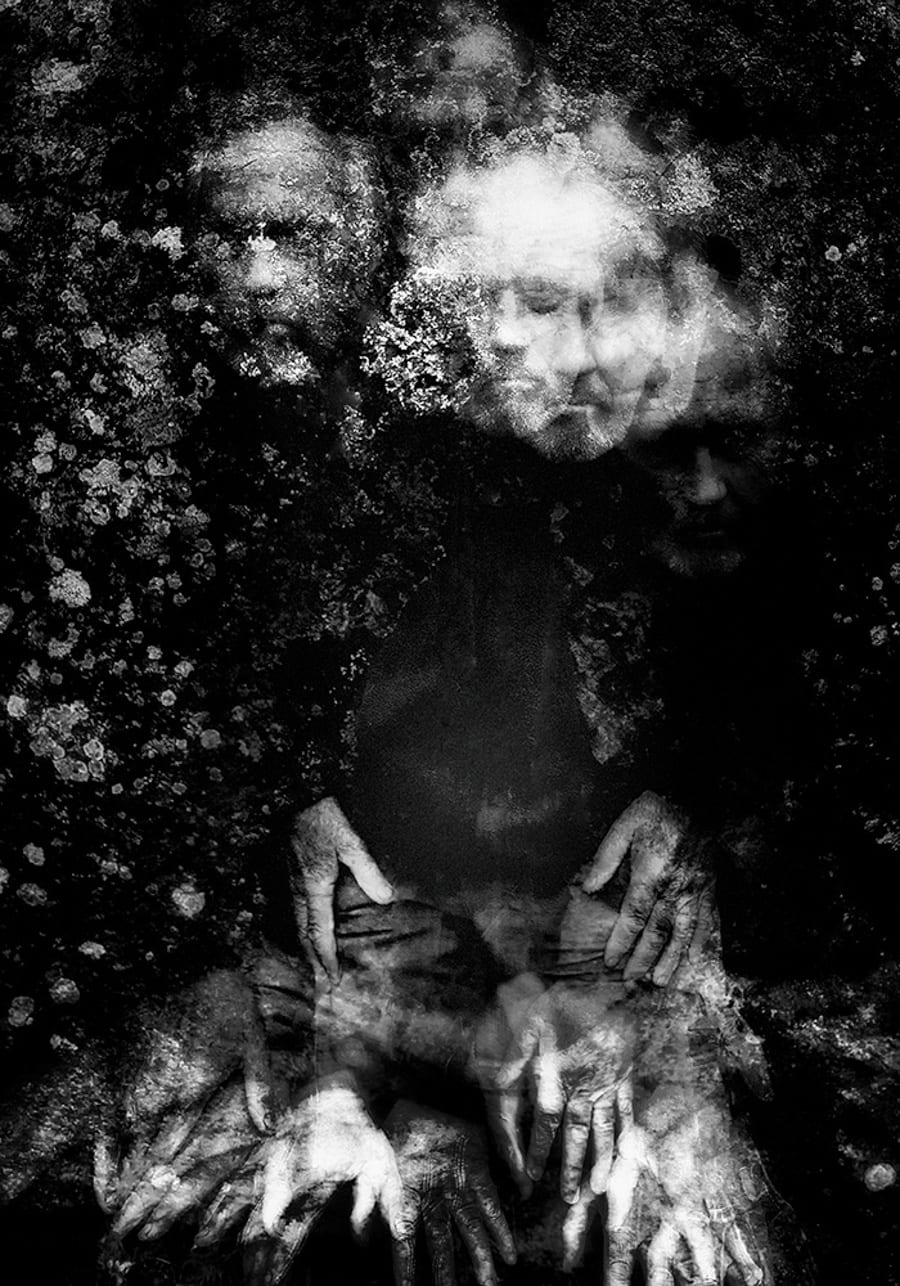 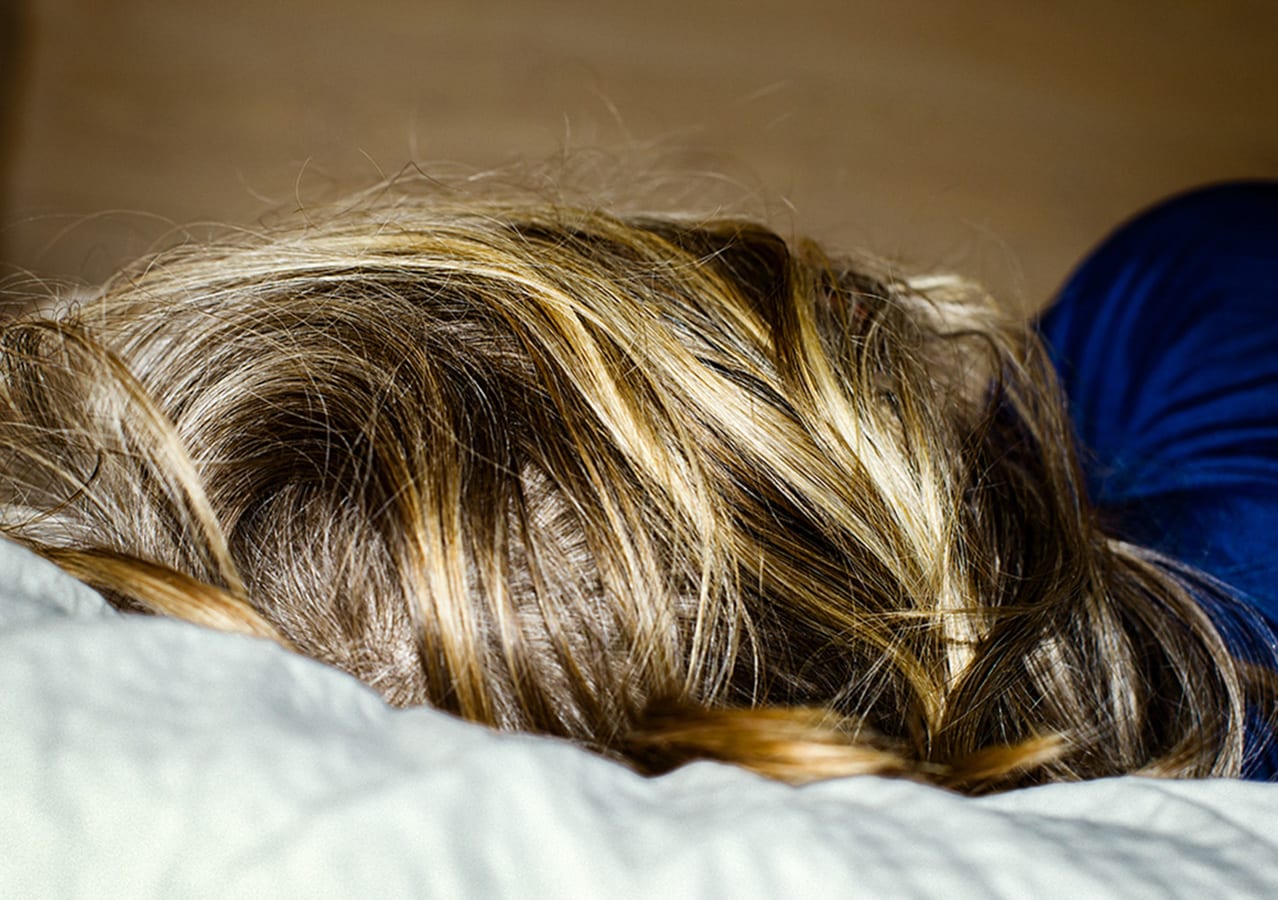 Some of the images remind me of work I have seen before such as Sally Mann’s “What Remains”, a large number of Dieter Appelt works, and notably, I found myself thinking of Margot Wallard’s work. I had not made much connection to that point apart from Sweden where both live and work. The thank you list at the end solved that dilemma, as Leif was gracious to thank both her and JH Engstrom for guidance while making the work through their Atelier Smedsby program. So, disorganization is also an illusion and entropy sometimes distills its essence into making sense.

The book is haunting in its imagery, but feels overly positive as only work this close to death can. It gives positive rumination to the incriminations to endings avoided. I feel somehow like I have met Leif before or that I will meet the essence of him in the distance where memory and the fallacies of time collide on a different plane of absorbed energy. This book is HIGHLY RECOMMENDED.