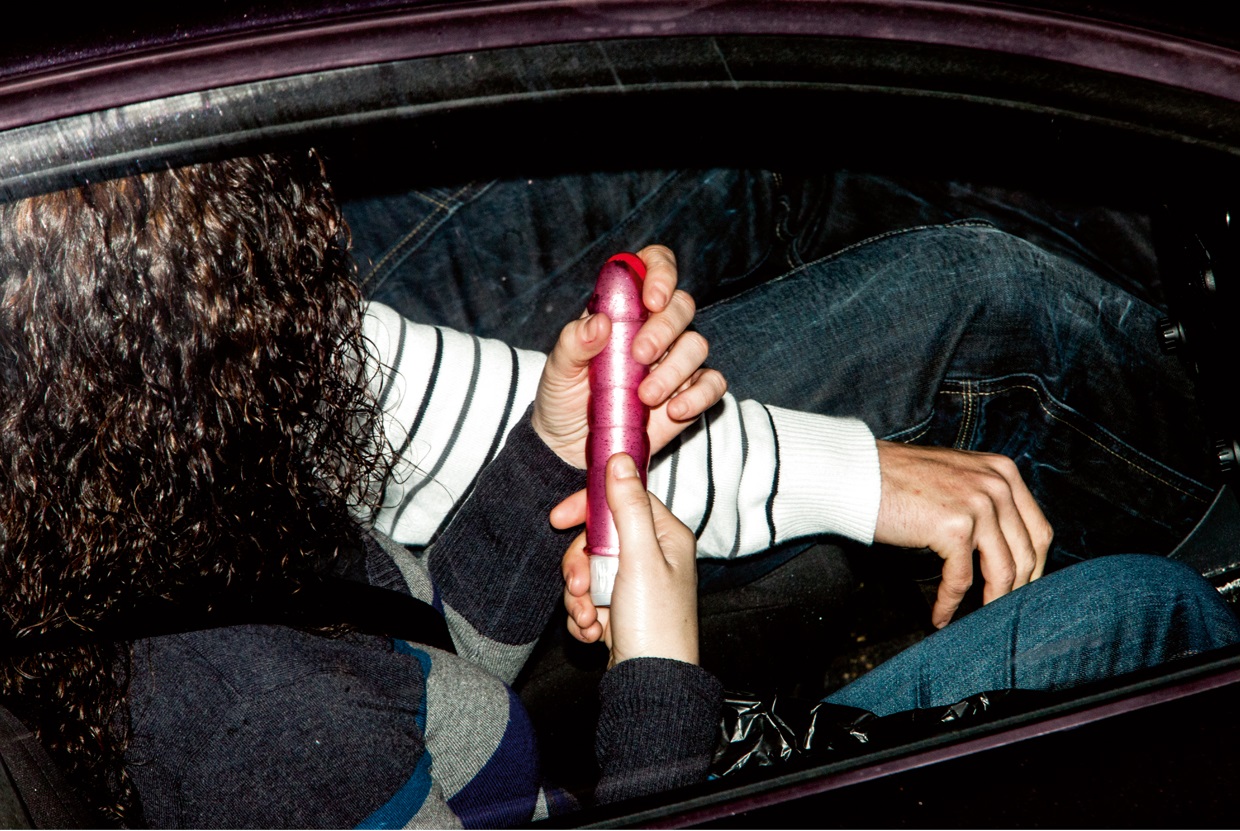 Pierced privacies served up hot and cold in KARMA.

Óscar Monzón’s Karma is a book of shining surfaces on glossy paper, of sharp colors and high saturation but cold affect. As a document, Karma confounds interpretation by absence of context. There is almost no language to the book, no editorial framing or title page inside or outside the covers. The only language in the book is the artist’s name, Óscar Monzón, which appears on one of the letter-pages, set in black against a white background, halfway through the book. It is very purely a book of photographs and nothing else. Monzón also destabilizes the viewer/voyeur by framing his images from an unfamiliar vantage. There are no clues to how the images were made, if they were posed or spontaneous, if the subjects are friends or strangers or both. The images seem as if they could just as plausibly been made by Monzón or a traffic camera.

Inside, photographs of the subjects (automobiles, humans in automobiles) are interpolated with stark black and white abstracts suggesting letters, which together spell Karma, the title of the book and a droll little pun touching on the presence of cars, but also gesturing towards a moral view of the (im)moral activities performed within the supposedly hermetic spaces of the automobile.

Monzon’s book is a collection of voyeuristic actions, a collection of pierced privacies. RVB Books says of Karma, that the images, “refer[s] to Luc Boltanski’s concept of “body car”. Being the only object which both completely absorbs us and that we can manipulate at our own will from the inside, cars cause a sensation of passing elsewhere with a sense of security. They offer a private space among the midst of public sphere and create a familiar realm which permits the most private experiences.” Karma indeed illustrates the intertwining of man and machine, yet also insists on their respective singularity, as the thrill of voyeurism only attaches itself to the images with figures human, as there’s not much intrigue involved in spying on the exterior of a machine. Many of the photos show people without faces and cars without drivers. A photo of a faceless woman holding a dildo, echoes the idea of a car without a driver by showing a dick without a body. Bright lights and high contrast highlight the industrial strength of the machines while revealing splotchy skin and blemishes on their human subjects. 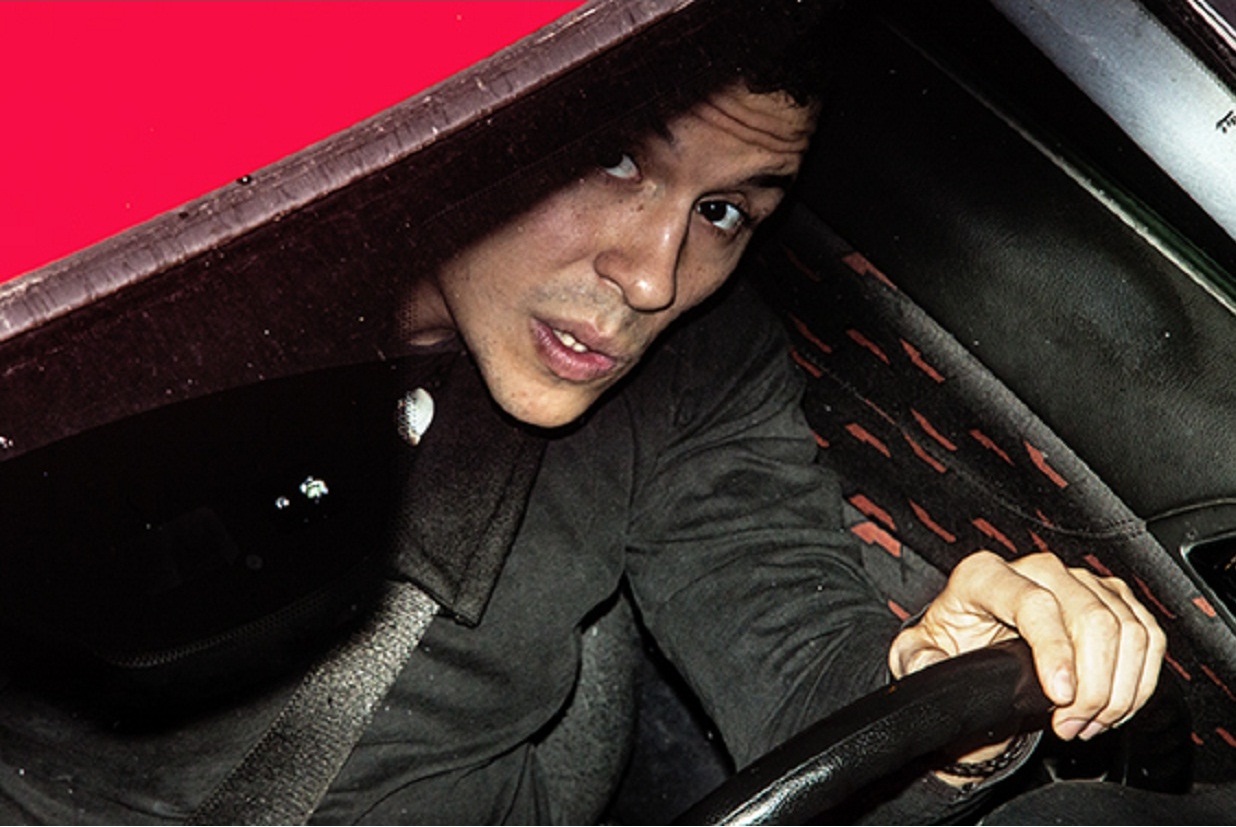 The woman’s underwear, the fighting, a man doing lines of cocaine…

Karma mixes hot and cold. Monzón likes fishnets, a hot thing, and spying on people, a cold experience. Private space is the realm of passion, but that space inside the car is sterile. The woman’s underwear, the fighting, a man doing lines of cocaine, a kiss shot through a rainy window – they all link passion with the cold and mechanical. Human figures are equated with machines by stripping human characteristics from human figures, by blocking their faces, by reducing them to their functional aspects, consumers of food and drugs, hand-possessors, car-drivers. As humans are stripped of their humanity, cars are stripped of their purpose. Cars in Karma are stationary objects, the utilities of which lie in enclosing and separating people rather than moving them about.

Karma was designed, first and foremost as a book and the photos within have never been fabricated for gallery display. Because it is a book, most people who experience Karma will probably do so in a home setting. Therefore it is curious that an object that offers a critique on the atomization of public space into smaller parcels of private space should de facto prioritize private space in the enactment of its experience.

Still, as a book, it works well.