Professional photographers are typically trained to hide the mutability of digital images, covering up their handiwork to make their subjects look perfect, moreso than reality itself. Cobayashi toys with this mutability.

Swirled up buildings, highways and hair all come together in an ecstatic mix of street fashion-shoot, slice-of-life and cityscape. You can trace the flight path of Cobayashi’s hand in his pictures, follow its dragging and frantic shaking at the time he cloned and smudged his way through the city lights of Everything_2. More graphical than photographic, the digital brushstrokes that characterise his work often make it hard to focus on the subject matter behind it. Some images are sampled and drawn over, giving a feeling of layering and depth. Others are all surface, warped like ripples in paint, or laden with aggressive moire.

“You can trace the flight path of his hand, follow the mouse’s frantic shaking as he cloned and smudged his way through city lights” 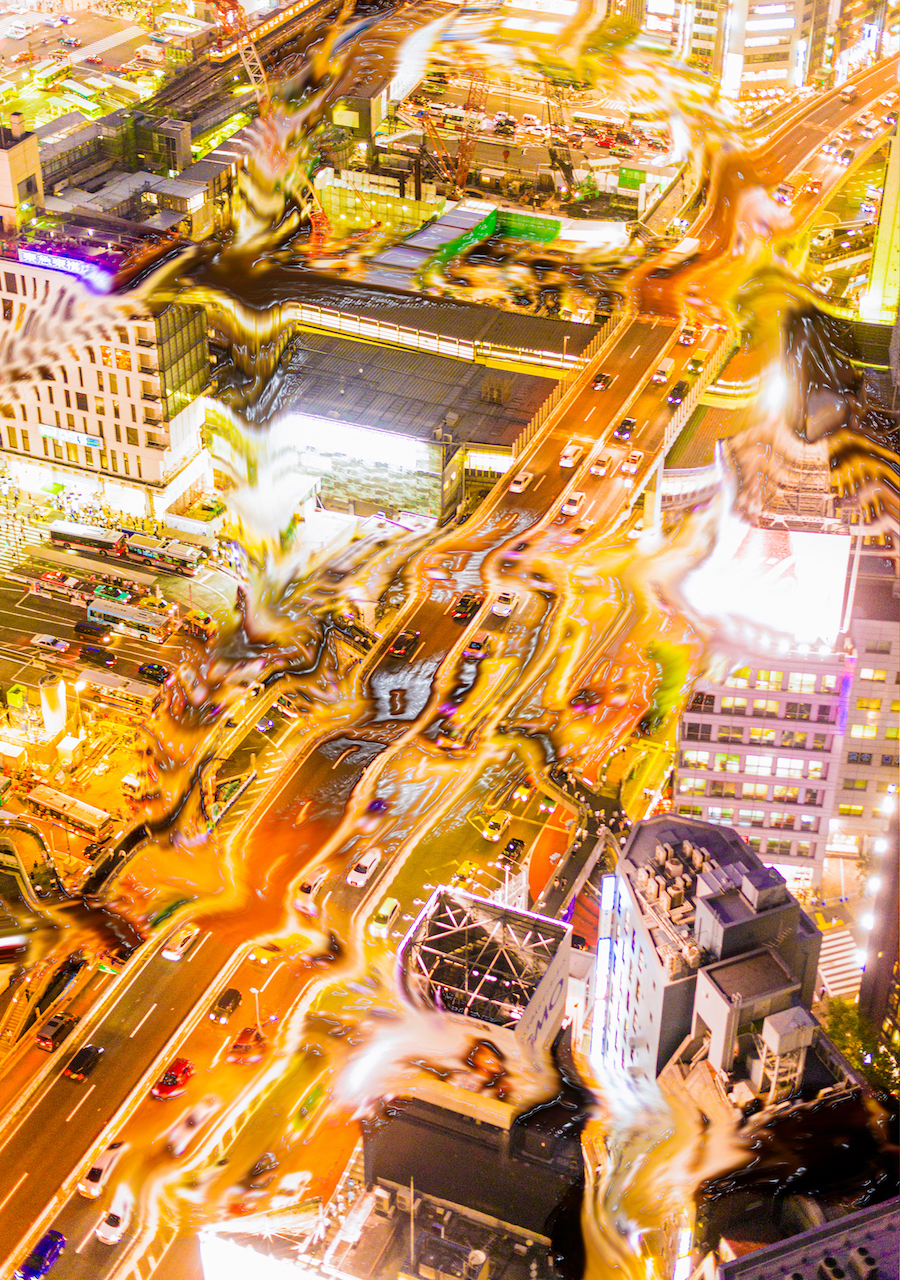 For some these will just be photo-graffiti or Photoshop experiments to decode, but the book has been built up from carefully-chosen sources: amongst the fashion shoots and nightlife parties are PC monitors, CDs and phone screens. Mixed in with those are blended-up light sources: an LED sign advertising computer repair: fire; hand torches; glowing billboards and car headlights. In hand with the Photoshopping, they bring out a focus on technology, medium, and light itself.

There are antecedents to this kind of medium-centric digital painting. Lichtenstein’s Brushstrokes uses the title’s gesture as a symbol of the medium, re-creating the brushstroke in screenprints, faux-halftone paintings and sculptures. Though originally a parody of the “gestural” painters of his time, the works can be used as a reminder of the physical gesture behind the brushstroke; that the physical production and equipment involved in a medium plays a part in how things are represented and understood. 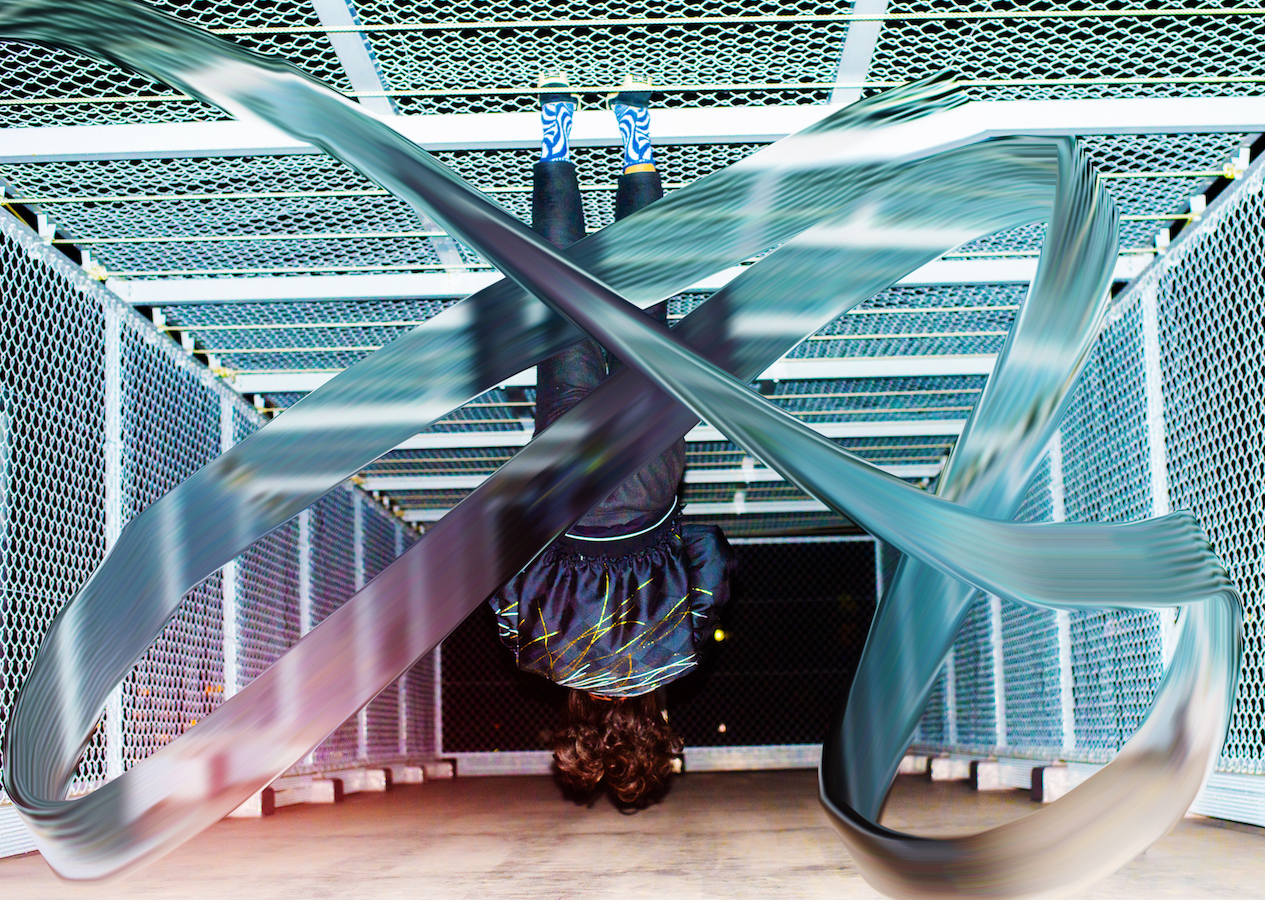 According to press statements, Cobayashi is interested in etymology. The Japanese for photography, 写真, translates to something like reproduce reality or copy truth. In English we are more mechanical — to write light, an idea expanded upon with reference to other mediums in Talbot’s The Pencil Of Nature, and in popular sayings like “painting with light”. Going back to this Japanese word’s Chinese ancestor 寫真, however, communicates someone being accurately portrayed in a given medium — not necessarily just of appearance, but also in terms of inner character.

With these different ways of approaching photographs in reference to the outside world, language, and medium in mind, Cobayashi’s work offers a chance to experience concepts like photograph, image and painting a little more ambiguously and interchangeably. Looking out from this book, Cobayashi often includes the tools he uses in his titles e.g. Orange Blind #smudge, 2016. As the maker of the images maybe how he thinks about what his work does comes down to a language of things and their visual categorisation associated with photography more than with the photographs themselves. 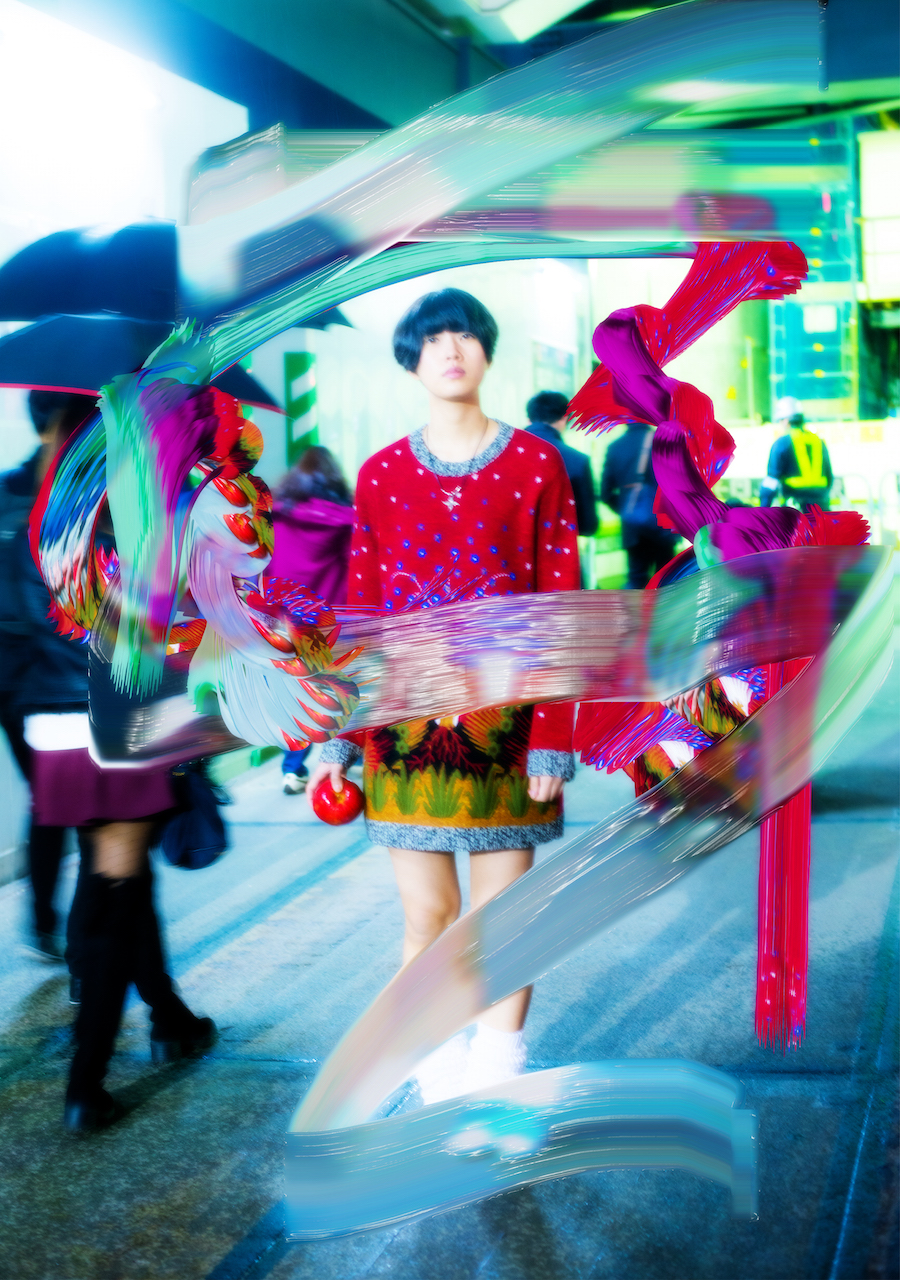 The potential that digital technology affords us is restricted by being framed in terms of concepts inherited from increasingly obsolete technologies. Programs like Photoshop contextualise their image-editing functions in terms of brush, pen, traditional darkroom photography’s dodging and burning, rubber eraser and stamp. The divorces between how these tools transform data itself, how they are often intended to simulate physical equipment but could do substantially more, and the natures of those physical tools themselves goes largely unconsidered. New forms of expression are often similarly reliant upon being seen in reference to old paradigms.

In The Transfinite, Ryoji Ikeda projects a real-time visual conversion of his glitch music across a hall, representing sound in a flickering torrent of black and white bars — in binary. Whereas Ikeda orders digital information and shows its enormousness by presenting it in another form, Cobayashi gives us something more rooted in experience, responding to the loudness of the city and the deluge of images we experience daily by showing what digital images can be made to do (but which typically are not).

Instead of being like experiencing the programmatic work of musicians like Ikeda, I find looking at Cobayashi’s work a bit more like going to a harsh noise show. His images are the result of taking these tools and using them in a way that forces their excesses into the forefront of the mix, turning everything up to 11. Just like e.g. Incapacitants or Masonna, the result really has nothing to do with quality according to traditional aesthetic or technical paradigms. It’s more about experimenting with something new and making an experience of something for its own visceral, cacophonous sake. At least from here, Everything_2 comes down to the standpoint you find yourself looking at it from. Come at a noise show expecting Beethoven and you will hear a barrage of no-talent pretense, offensive to good taste and bad for your hearing. Go in wanting waves upon waves of static and feedback to fall into, and you will probably have a better experience. 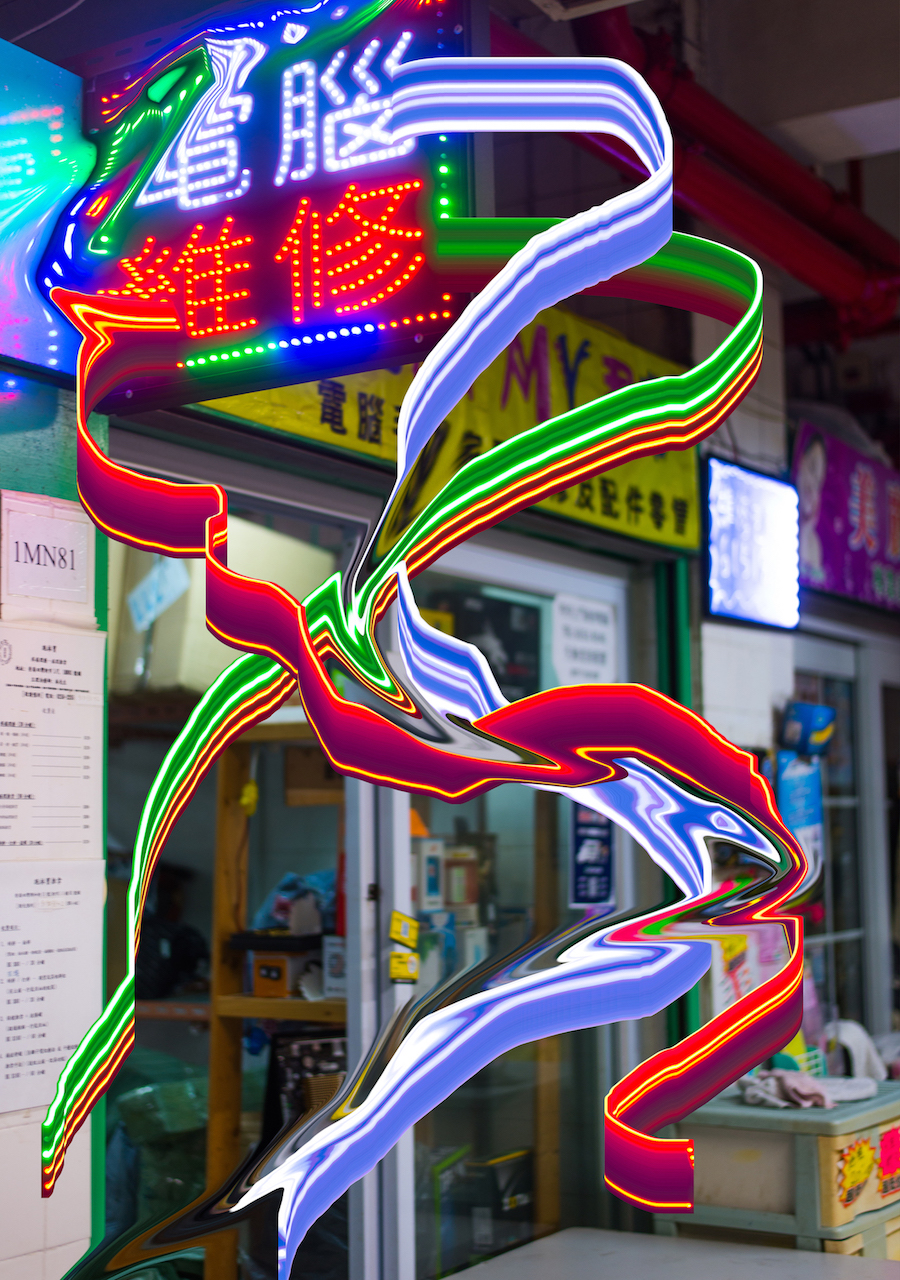 Reading the press/artist statement for Everything_2 to learn a little more about Cobayashi’s intentions did bring up some challenges. Being told for example how Cobayashi’s “astute lens” uses the “phenomenological filters of technology, history, and the body” in order to “evince the contours of modern society and capture iconic images that uniquely define his era” in “elemental representations of photonic light” will only alienate those unsure about Cobayashi’s work. Explaining what an artist is interested in does not need to be difficult or affected.

“… results really have nothing to do with quality … it’s about experimenting and making an experience of something for its own visceral, cacophonous sake”

A note regarding the production. The colours are exceptional — it looks like it was printed with acrylic paint. City-greys and tungsten yellows dominate the book, giving primary colours real presence when they do show up, such as in an LED sign sampled for the classic RGB. The paper is thin like a zine but has a different texture each side, giving a little more to the surface/image dynamic the pictures have. You can hook the elastic cord that holds the hole-punched sheets together into Everything_1, making a bumper-edition. Because the folded sheets haven’t been cut square at the open edge, the pages have no fixed order, so you can change up the sequence however you want. Although this playfulness is a little incongruent with a collector-oriented market of expensive books, being able to just take out a page you like and frame it on your wall is really welcome, and something I haven’t seen much of since Yoshi Kametani’s Played, another book on the city (albeit one exploring a murkier side of it). 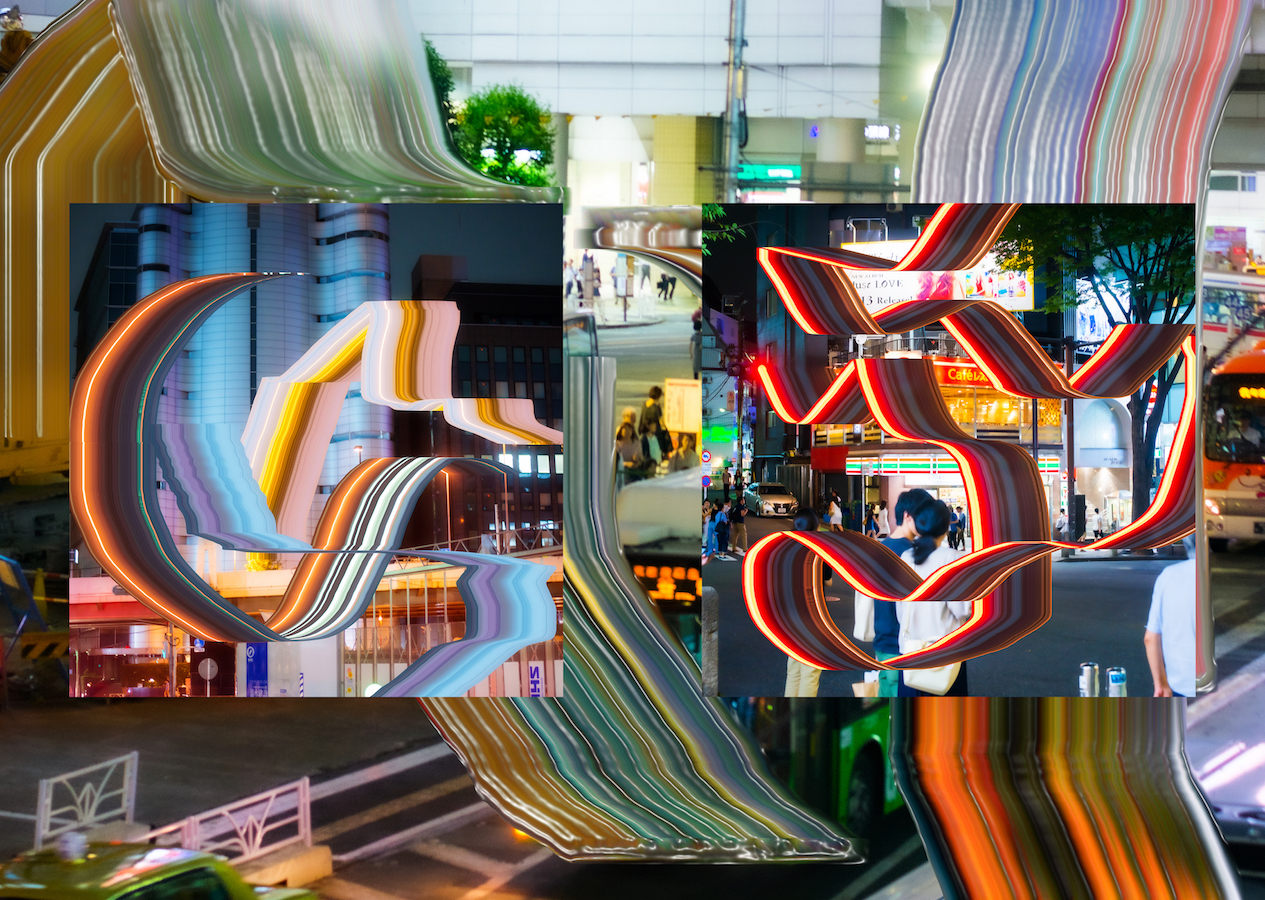 Cobayashi’s work fits comfortably with the recent popularity of experimental work from Japan on Western markets, most notable in the fanfare over Yokota Daisuke. This may explain why Kobayashi stylises his name with a C against standard romanisation for easier Googling. But as with people like Lao Xie Xie, who are also making a name for themselves over here using crude but inventive, somewhat humorous photoshop work – dubbed “Trash Photography” by one magazine – my hope is that Cobayashi continues to experiment as the trends turn over and show some more work over here too, pushing his anti-paradigmatic inclination forwards.

In dedicating himself fully and seriously to an idea so obvious that most other photographers wouldn’t even think to do it, Cobayashi has made something surprisingly distinct, loud but subtly very clever, and really just very enjoyable over repeated looks. 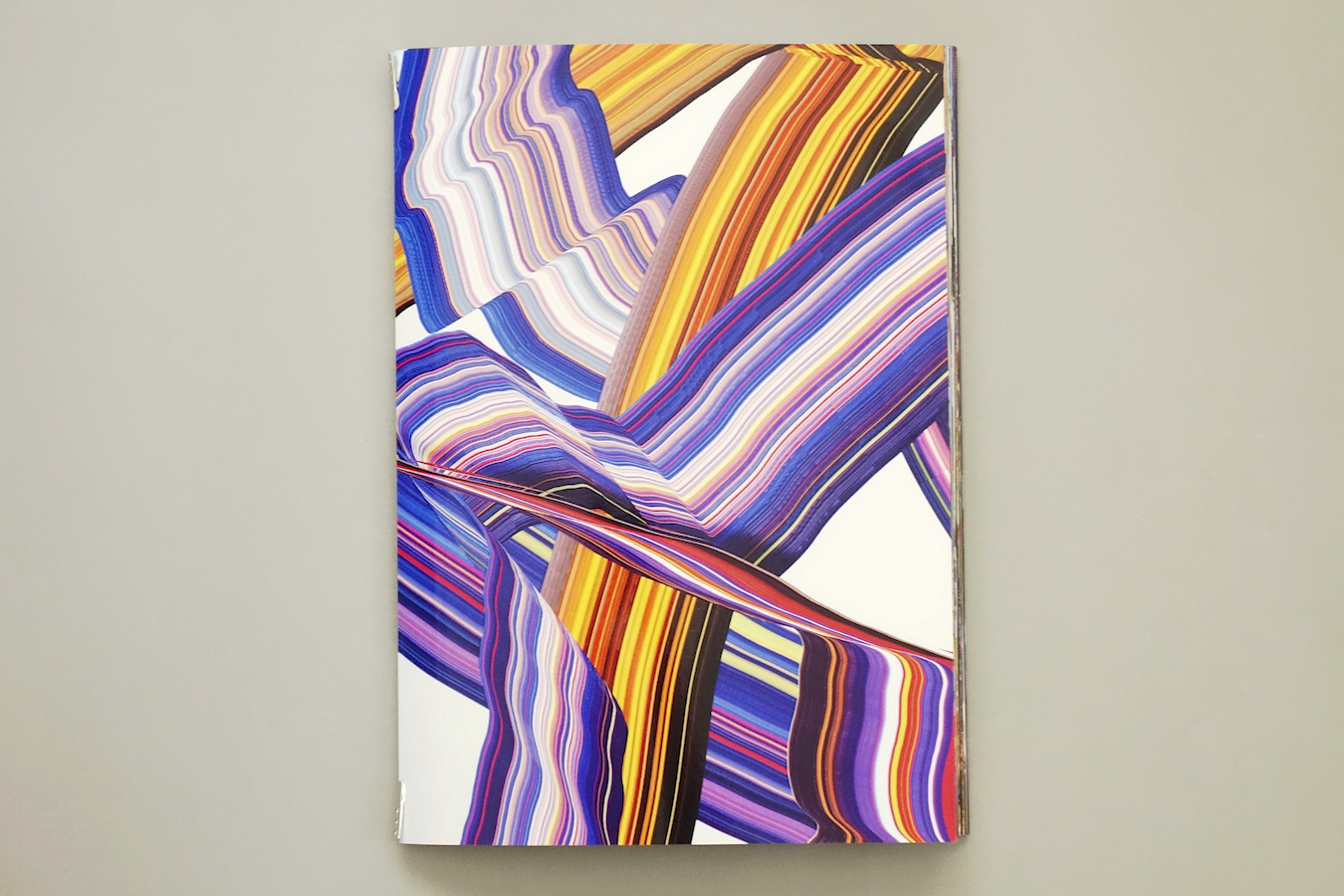