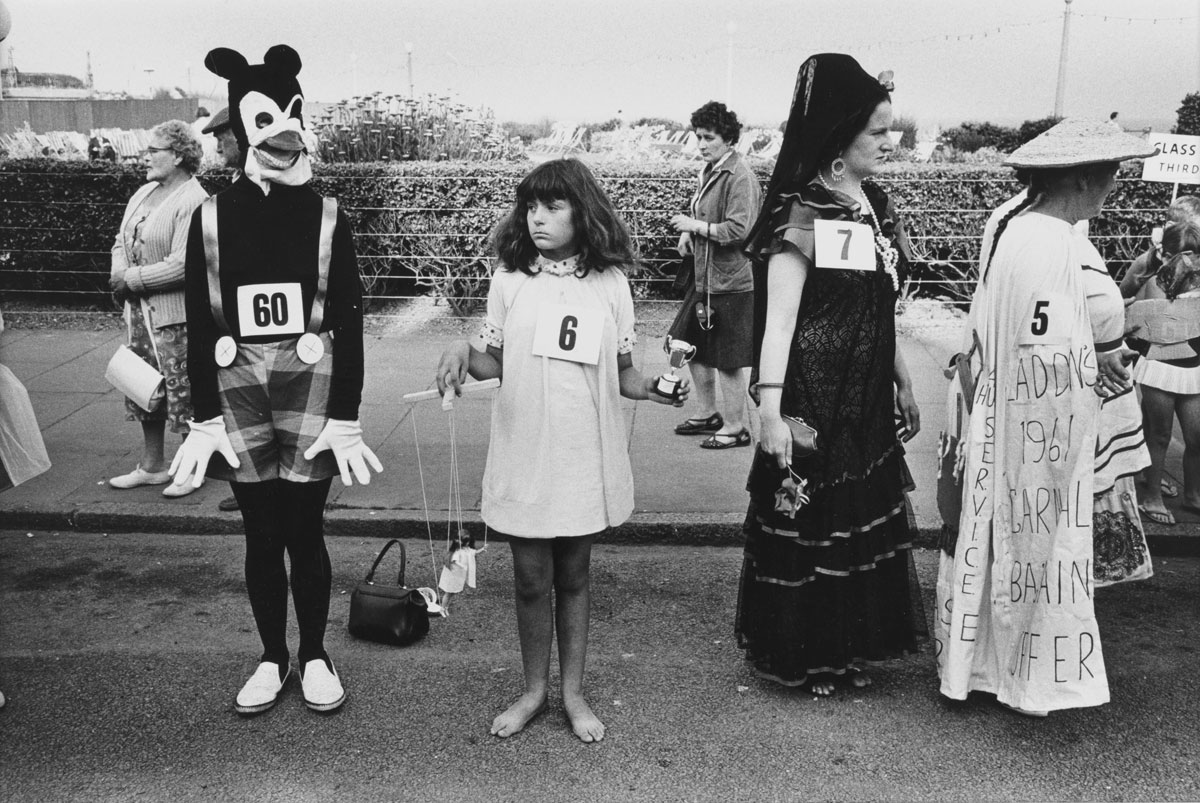 In an era of pop commerce, and out of the gimmick-ridden world of lucrative non-art, it is refreshing to discover a photographer who – by-passing the slick ploy of self-conscious fashion cult – has an eye for What Is. His hand does not finger the lining of his pocket in anxiety to feather his roost or to create a cultural dream. His eye is discerning and his shutter response swift.

We should note that, as a photographer, he has nothing to sell. Nor does he escape into pretty trivia, he does not need gimmickry to alter reality in the darkroom – and although he may be aware of nature’s grandeur his life is with people, and he is wise enough to know that photographs do nothing to enhance a personal communion with the absolute sunrise.

Tony walks in the realm of humanity, and he discovers in the everyday more than we would always admit or accept. What he discovers in the world about him is varied and permutable. At root he captures antipodes; although his socially conscious view of liberation and suppression, anxiety-melancholy, love-hate, etc. is more obvious in his photos of America, particularly New York, where emotions burn in a heroically aged cosmopolis.

In England he finds a cooler human climate, a more subtle play in the remains of a disintegrating empire-yet ignificance in the relationship of details which at first seem disparate. With an almost cold humour we may be faced with expressions in a muscle or beauty queen contest that reflect the entangled vanities of a species time, then again we may see the surrealist absurdity in the isolation of individuals and action within a supposed community or man’s artificially contrived herd of humans; or we may gaze into a suspended world conjuring visions of an ancient race fading into space, It is within the unexpected conflict of images and in the total composition, remembering that this scene was a spontaneous instant of life, that windows through the world are opened. 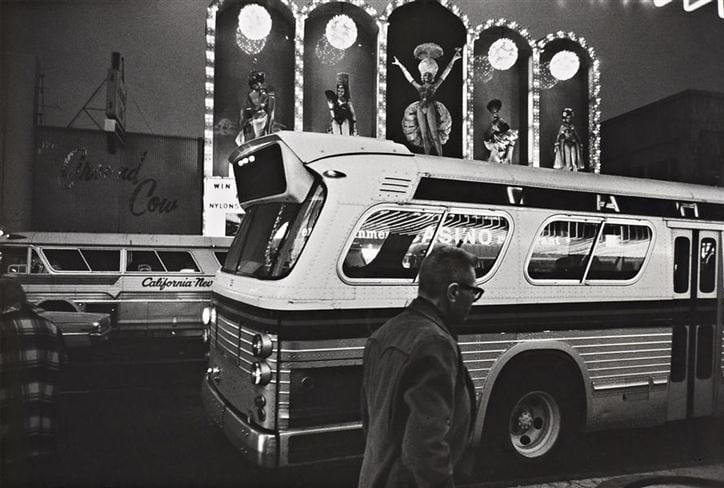 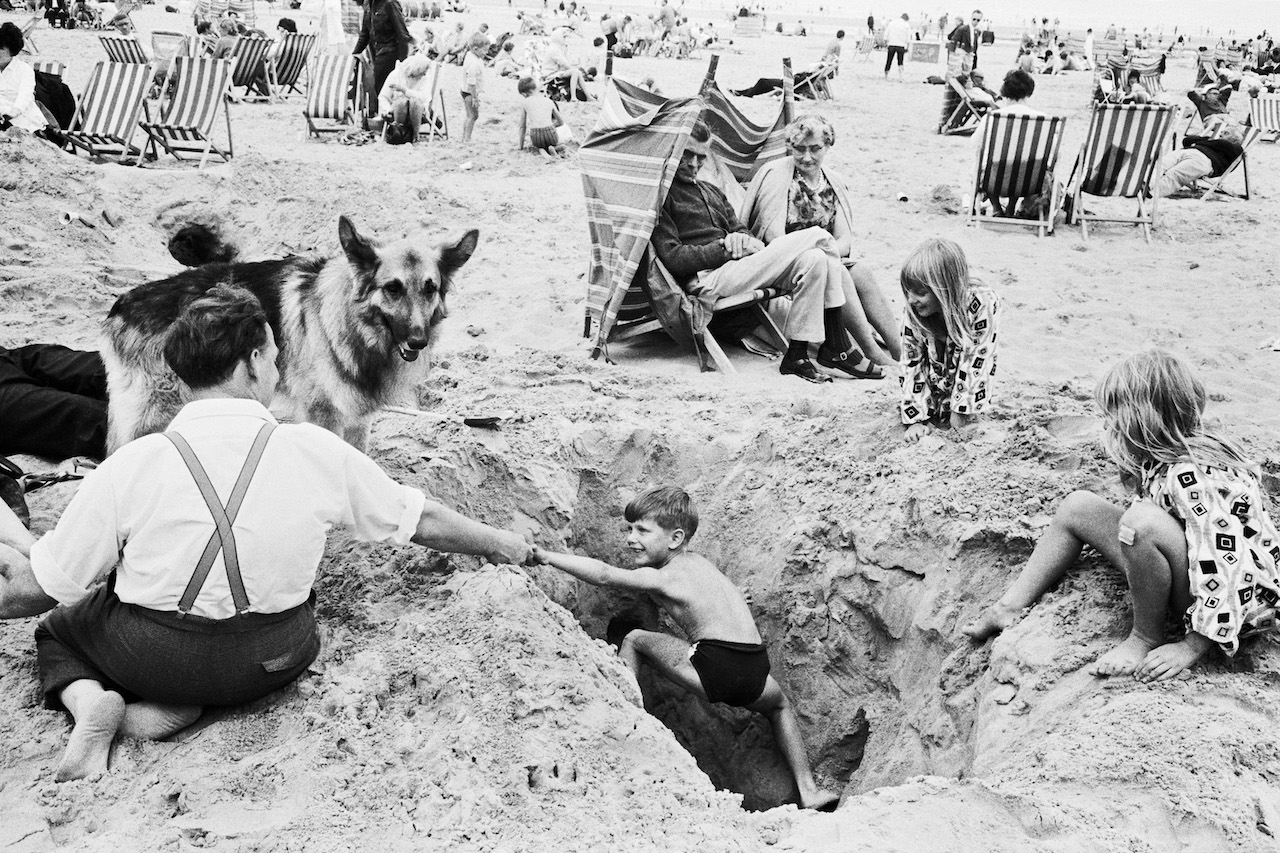 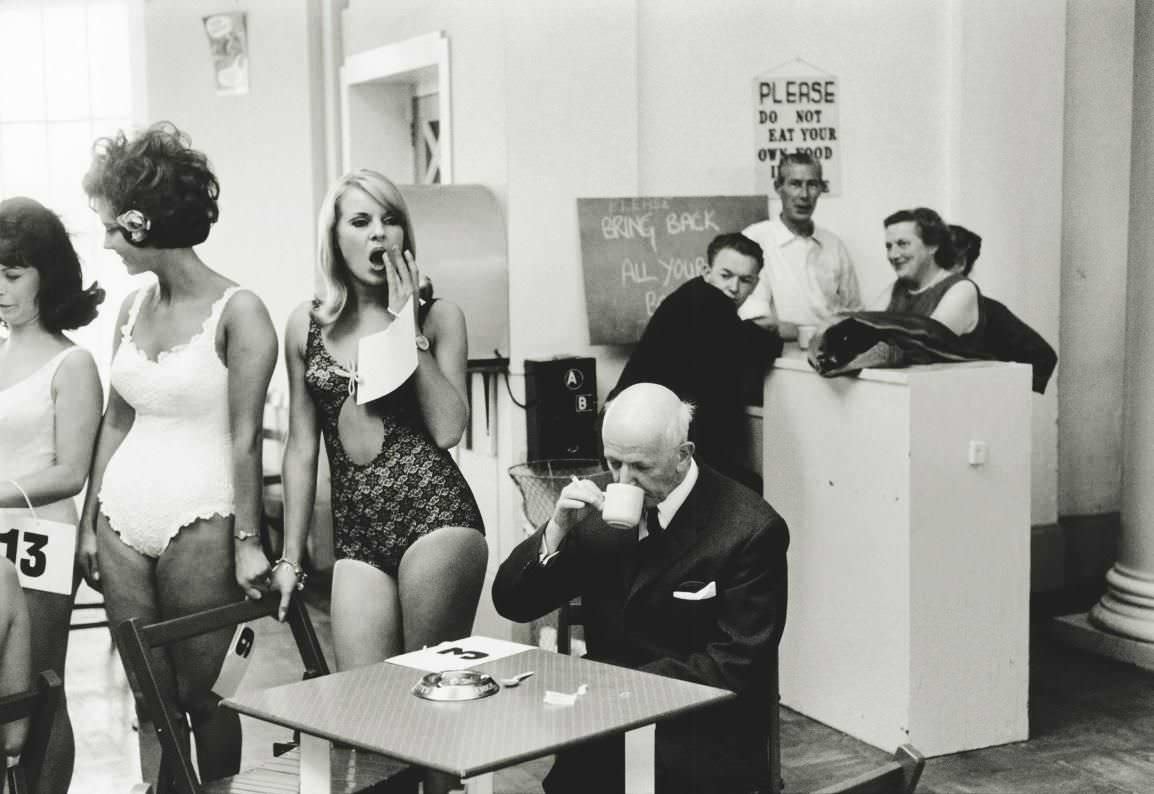 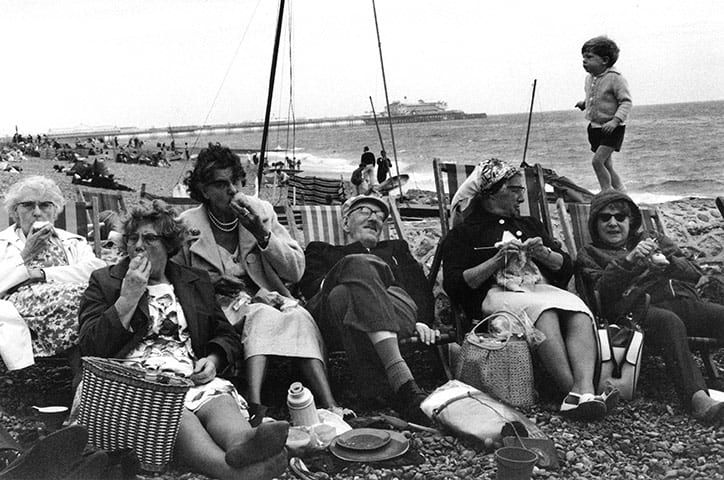 “The pictures of the U.S. were taken from 1964 to 1965. As they were not part of a project, they are now merely isolated sketches. Nevertheless I find it interesting to juxtapose them with the pictures of the English. I find the U.S.A. extremely exciting, as there is much to comment on: its negative and positive aspects, its vitality, its world-wide influence and constant change, qualities that force one to react and encourage strong statements.

The English pictures are from several personal projects taken between 1966 and 1968. I had been away for five years and came back with a foreigner’s outlook, as well as that of a native. This prompted me to concentrate on my own projects. I felt that England was unexplored photographically (from a non-commercial point of view), Bill Brandt being the only photographer to produce an honest and personal document on the English people. 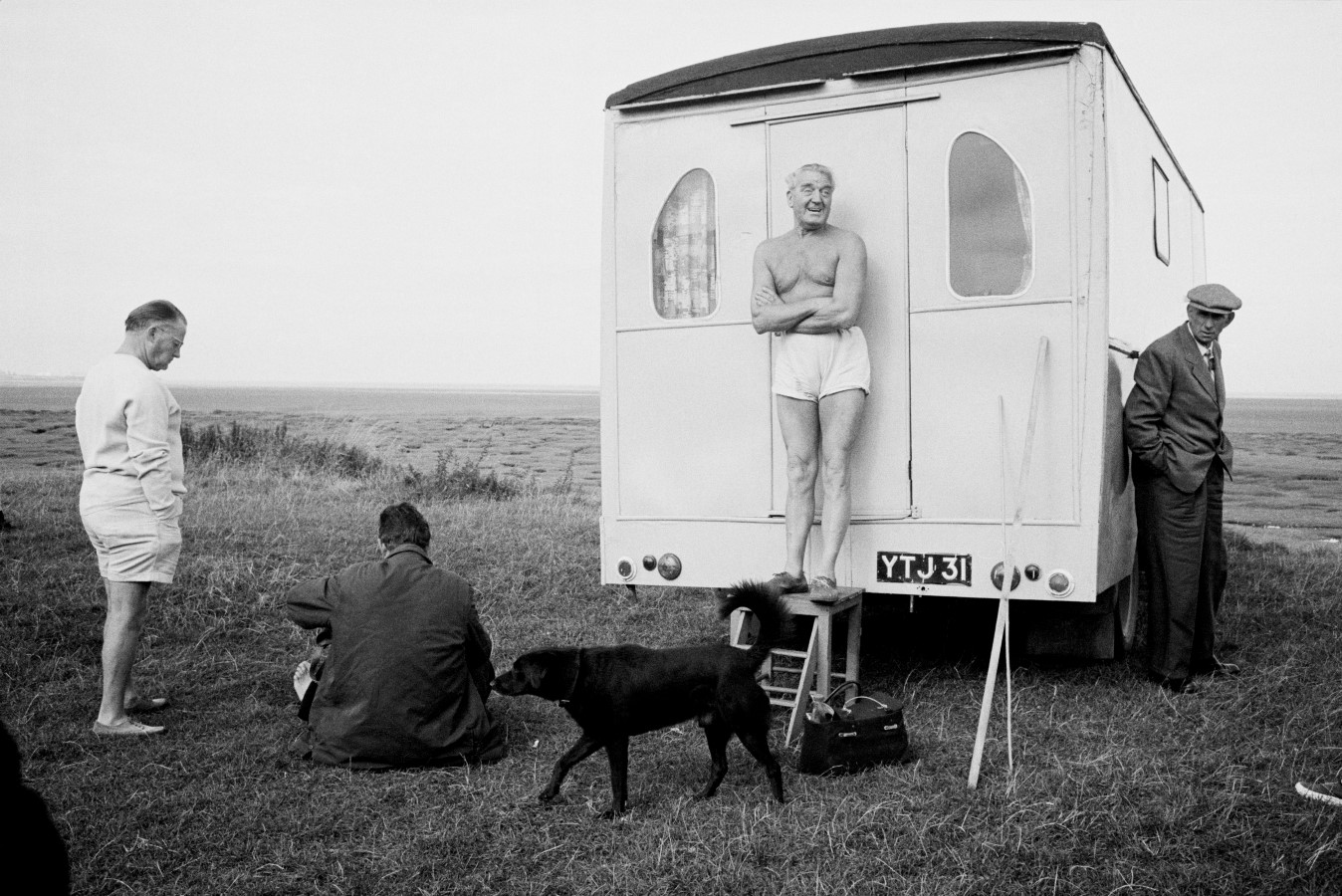 My aim is to communicate something of the spirit and the mentality of the English, their habits and their way of life, the ironies that exist in the way they do things, partly through tradition and partly through the nature of their environment and mentality. I have tried to present some of these daily anachronisms in an honest and descriptive manner, the visual aspect being directed by the content. For me there is something very special and rather humorous about the ‘English way of life’ and I wish to record it from my particular point of view before it becomes more Americanised. We are at an important stage in our history, having in a sense just been reduced to an island or defrocked and, as De Gaulle remarked, left naked. Nudity is perhaps more revealing of personality than a heavily clothed figure. Perhaps seeing the work of photographers Bill Brandt and Robert Frank, the painters Bruegel, Goya, De Chirico and Edward Hopper and also the films of Jean Vigo, Bunuel and Fellini have been more of an inspiration and given me a better education than the formal training I have had in British and American art schools. In New York Alexey Brodovitch encouraged me and gave me tremendous inspiration.

Photography for me is an exciting and personal way of reacting to and commenting on one’s environment and I feel that it is perhaps a great pity that more people don’t consider it a a medium of self-expression instead of selling themselves to the commercial world of journalism and advertising.”