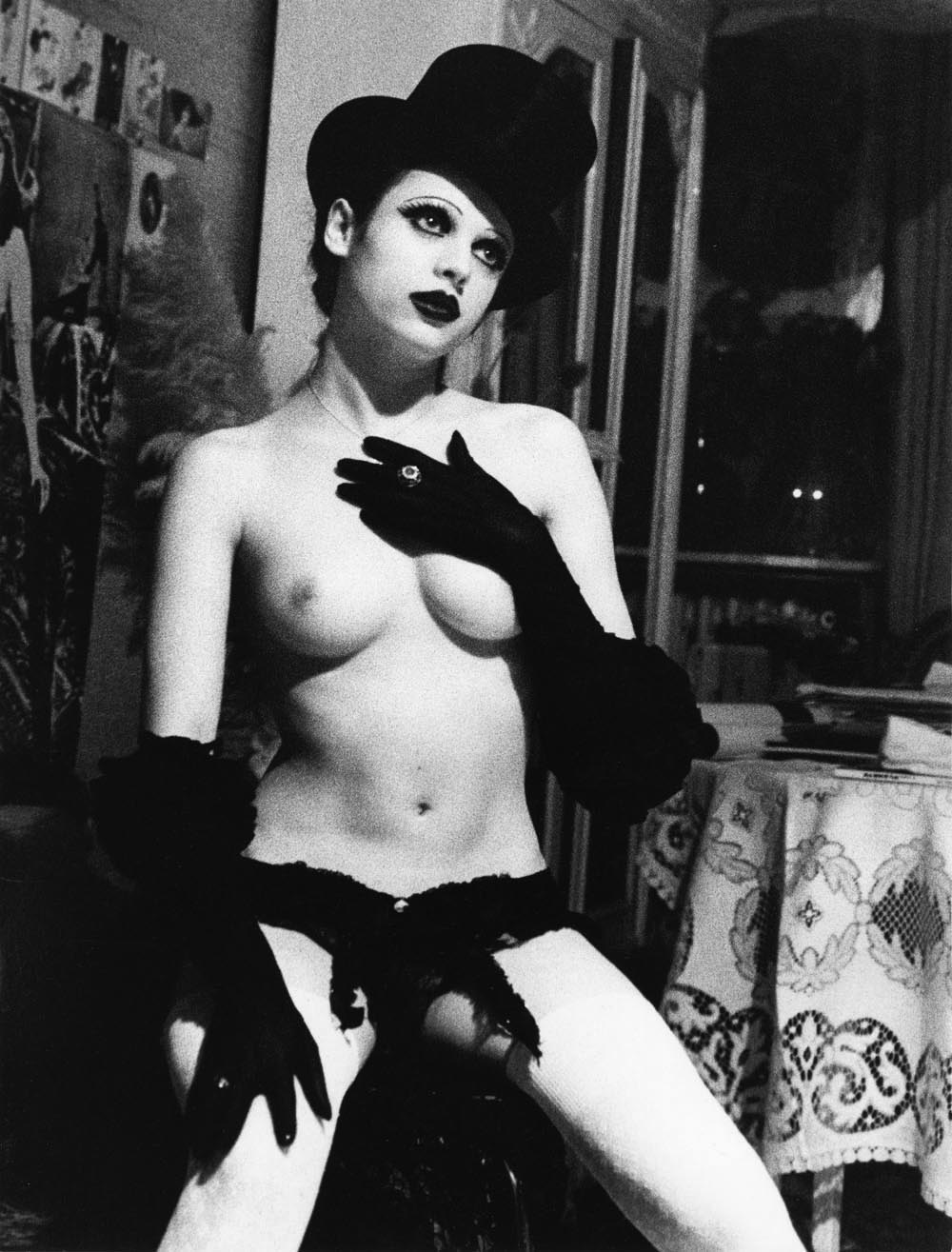 “For the most part, my characters are portrayed in some sort of deep concentration resulting in my personal interpretation: melancholy dream – expectation – prayers and enigmas”.

Irina Ionesco is a name that has not been touched upon by photography enthusiasts much since the 1990s. Yet, her work has a strong influence on many Western photographers in fashion, music, and art. The works are often a fluid combination of high Gothicism merged with a penchant for bohemian interludes and opulent costume. They are stills from a decadent surrealist ball or perhaps a outtake from a 1970’s Alexander McQueen runway show if such a thing had existed. The works are co-mingled with an imagined boudoir surrounding of the early twentieth century and the anachronism of which is never forced enough into the back corners of disbelief. This is coupled with a true talent for staging the static still frame.

Alex Daniel’s Reflex Gallery in Amsterdam has mounted an exhibition of Irina’s works and produced a catalogue of beauty both entitled “Ma Réalité Rêvée”. The book is as lavish as her images and in doing so Daniels has cast light on a name worthy of a more in depth re-investigation.

Interview note: I have included scans of the original responses in French that Ionesco had hand-written prior to translation. It is my belief that these documents serve an interesting parallel to the typed page. Interests of psychoanalysis and that of the old world are implements of the author’s way of seeing the world and interacting with it. It is not often that I am given hand-written notes to transcribe or respond to. I find them fascinating and hope that in translating this piece, that we have conveyed Ionesco’s words with correct intent.

BF: The environments of your photographs remind me very much of imagined bohemian environments from another time, perhaps the living room of Alphonse Daudet or the post-colonial harem. Was the environment crafted from necessity of working from the home or was this orientalist approach a constant desire for you?

II: All my life, I have been captured and enraptured by Orientalism. We lived with my grandmother – who raised me from a very young age – in the Turkish quarter in Constantinople. There was a strong diversity in culture, counting as many Mosques as there were Byzantine Churches – where buildings were often decorated in splendour, with Saints dressed in gold and covered with gems nurtured by virgin Icons, and where the air was sated with the murmur of prayers and the scent of incense. What could be more inspiring than the divine luxury of that enchanting spectacle for a child like me?

My images do not depict movement. For the most part, my characters are portrayed in some sort of deep concentration resulting in my personal interpretation: melancholy dream – expectation – prayers and enigmas.

BF: Your images sometimes hint at a larger amount of potential for narrative. There are time sin the past when I looked at the images almost as if they are cinematic…have you worked in film before and if so…can you illuminate me as to the difficulties involved versus that of the still image?

II: My work is a script, thus unfolding the idea of a perpetual narrative where the complexity of emotions will endure the test of time. 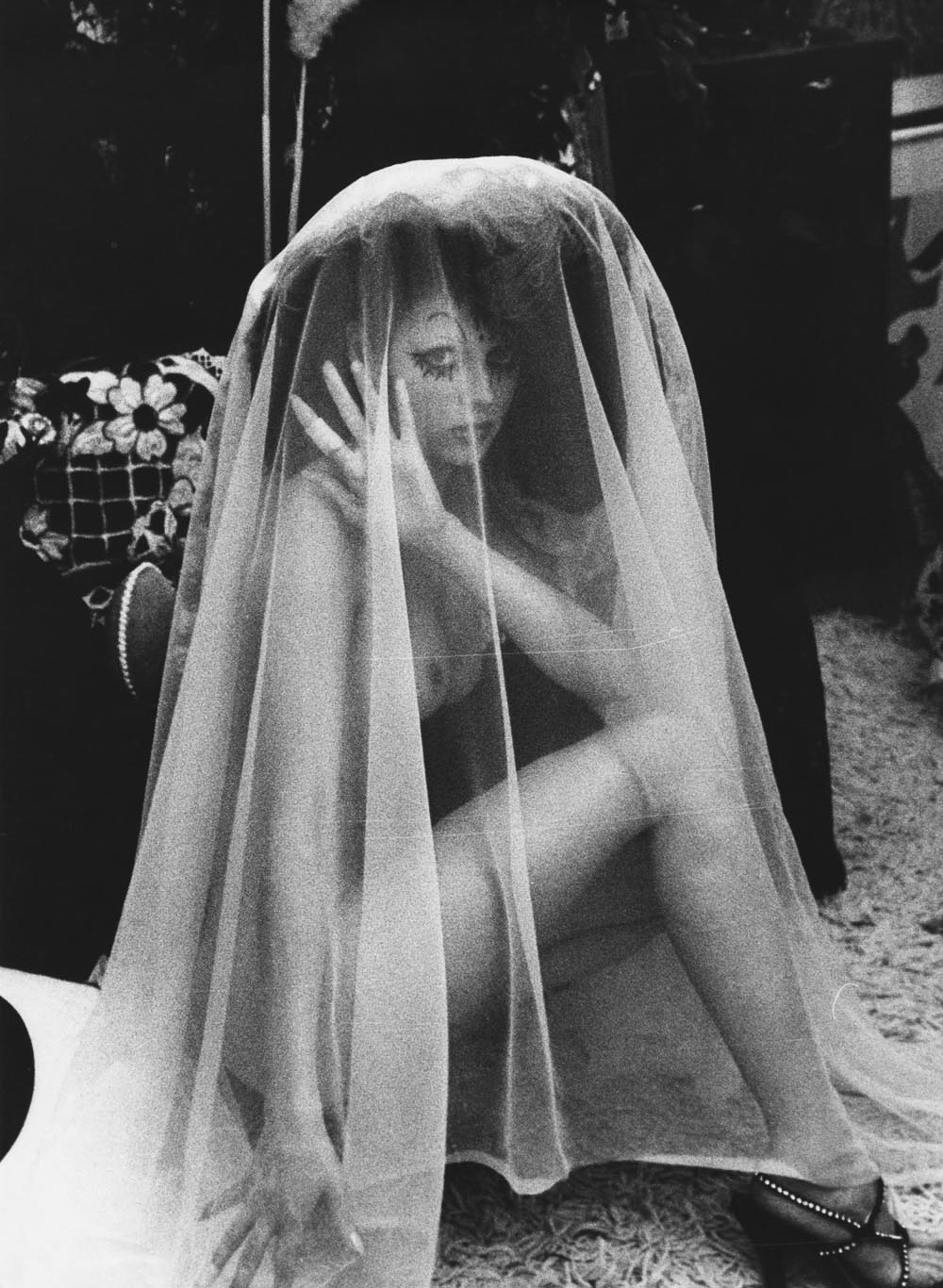 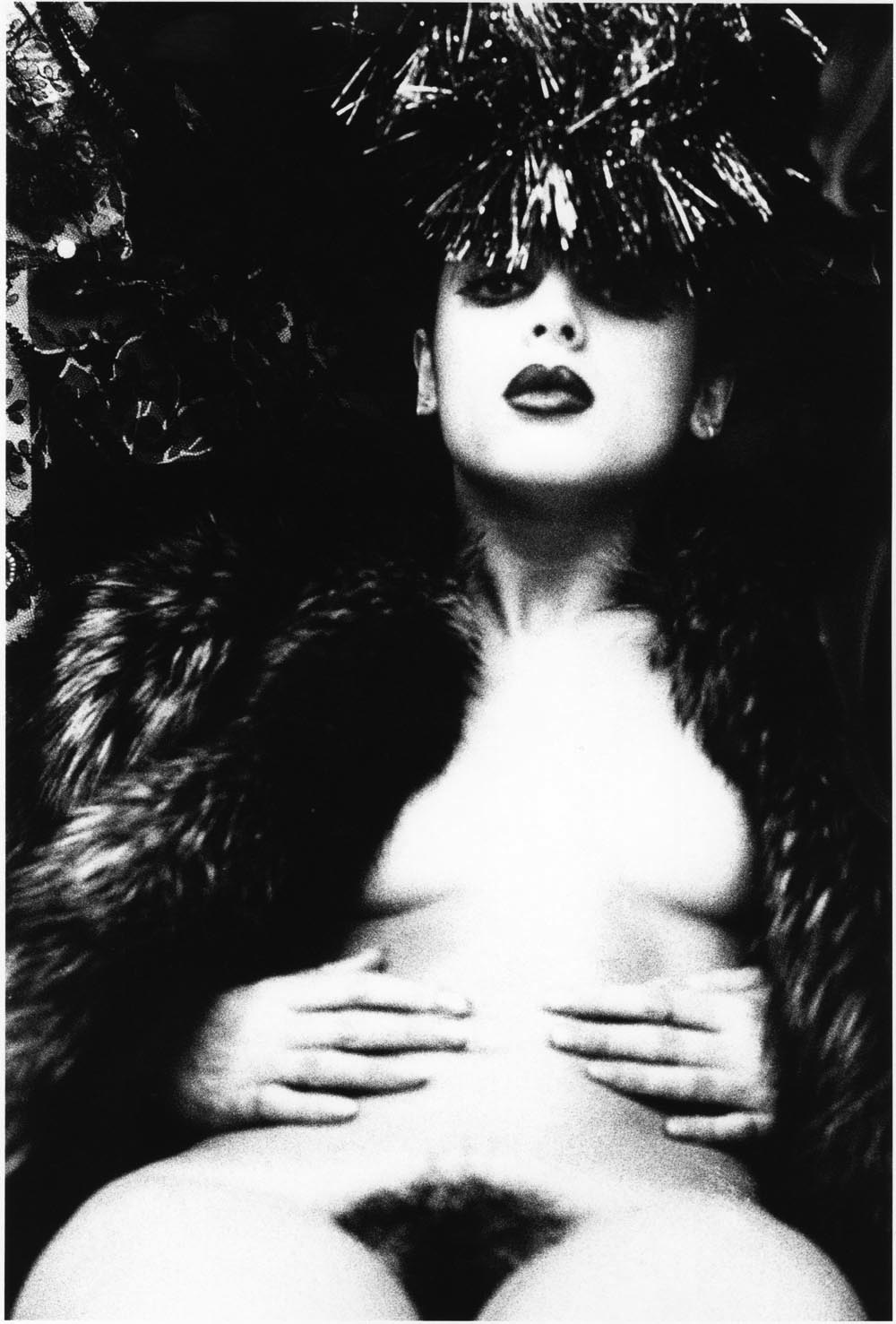 “I was zealously inspired by the Surrealists – intrigued by André Breton, whose L’Amour Fou and Nadja were always on my bedside table – as well as having a sound interest in psychoanalysis, which I practiced for 14 years”.

BF: I own a few of your images and have to admit that I am drawn to their mysterious countenance, much like that of Pierre Molinier. The work is at one time enabled and distracted by the image of an uncomfortable beauty. Does your background suggest any event that informs this curiousity of attraction and repulsion? Were you studying the surrealists or psychology at any point?

II: I was zealously inspired by the Surrealists – intrigued by André Breton, whose L’Amour Fou and Nadja were always on my bedside table – as well as having a sound interest in psychoanalysis, which I practiced for 14 years.
Critics have often compared me to Nadja – I would really love to recap an enthralling dialogue with its author, André Breton, and equally as much – the great Duchamp.

BF: ”Wanderlust”, a very German word for the love of travel or displacing oneself into new environments seems to be conditioned to the second half of your career with moves abroad to North Africa and Asia…how do these experiences inform your later works? I imagine the Yakuza works to be environment specific, but also that you have taken Japonisme into your work that is not related to the Yakuza. After so many years in Paris, how have these newer environments challenged your approach to the medium of photography?

II: Travelling has always been a part of my life. I became a globetrotter at the age of 16 when I travelled the world as a dancer. I developed a strong preference for the Orient.

BF: I am aware of your literary interests. If you could carry one discussion with any deceased writer about, life, love, art and passion…whom would it be…Genet? Bowles?

II: Films – and the possibility of movement in the static universe of my photos. It did not happen – still, I loved the authenticity of films like “Last Year in Marienbad”, where the characters are like phantoms in some sort of poetic ballet moving around in a haze – they meet for the sole purpose of getting lost in that moment – a unique script from Alain René based on the writings of Robbe-Grillet – I was fascinated by that film.