Imagine the difficulty of undertaking a portrait project with your own parents as subjects, in which the exercise of critical awareness, and compassion alike, become part of the collaborative enterprise.

Excerpt from “Train Your Gaze: A Practical and Theoretical Introduction to Portrait Photography” (2006)

Imagine the difficulty of undertaking a portrait project with your own parents as subjects, in which the exercise of critical awareness, and compassion alike, become part of the collaborative enterprise. This is precisely what Larry Sultan has undertaken in his remarkable project, “Pictures from Home” (1992). The book is a narrative collage, consisting of still images from old home movies, transcribed interviews and conversations with his parents, historic family snapshots and mementos, combined with writing and photographs by Sultan himself.

About halfway through the book on facing pages, are two photographs of his father. One is an altered version of an image from earlier in the book: an appropriated class picture from a Dale Carnegie course, in which his father was a star pupil. Irving Sultan, a young man, is seated front row center, hands clasped, beaming with confidence. Everyone else, beside and behind him, has been inked and scratched out, reduced to black silhouettes. On the facing page is a recent color portrait, by his son. In this picture, the father sits, precisely centered in the frame, on his bed. He has dressed expressly for this photograph, which is meant to echo the earlier image. His pose is the same, and he is wearing a suit. But here, he looks patient and tired. Together the pictures encapsulate an entire career.

“Photographing my father became a way of confronting my confusion about what it is to be a man in this culture.”- Larry Sultan

Sultan describes what motivated him to start this project, which began with pictures of his father.

“I can remember the peculiar feeling I had looking at the first pictures I made of him. I was recreating him and, like a parent with an infant, I had the power to observe him knowing that I would not be observed myself. Photographing my father became a way of confronting my confusion about what it is to be a man in this culture. Unaware of deeper impulses, I convinced myself that I wanted to show what happens when – as I interpreted my father’s fate – corporations discard their no-longer-young employees, and how the resulting frustrations and feelings of powerlessness find their way into family relations. These were the Reagan years, when the institution of the family were being used as an inspirational symbol by resurgent conservatives. I wanted to puncture this mythology of the family and to show what happens when we are driven by images of success. And I was willing to use my family to prove a point.”

In the context of this statement, the two paired photographs of his father function quite well. In fact, if you take them by themselves, they are a good deal richer and more evocative without the words. Considered by themselves, some of Sultan’s photographs of his parents seem self-sufficient, without a need for textual support. They have the look of small-scale tableaux. In two such images, reproduced overleaf, this is due to the way he has situated the camera, carefully facing a large curtained window in the background, so that the domestic interior becomes a proscenium, and the subject a carefully placed actor on stage. In one, his father, dressed in shorts and a T-shirt, stands on a lawn-green carpet, swinging a golf club. He is accompanied by a talking female head on the television set. In another, his mother, dressed in a pink sweatshirt, cautiously parts the heavy living-room drapes. A brilliant shaft of daylight only partly penetrates the surrounding darkness. On their own, these photographs function quite well as detached but poignant statements about the comfortable insularity of life in retirement, southern-California style. 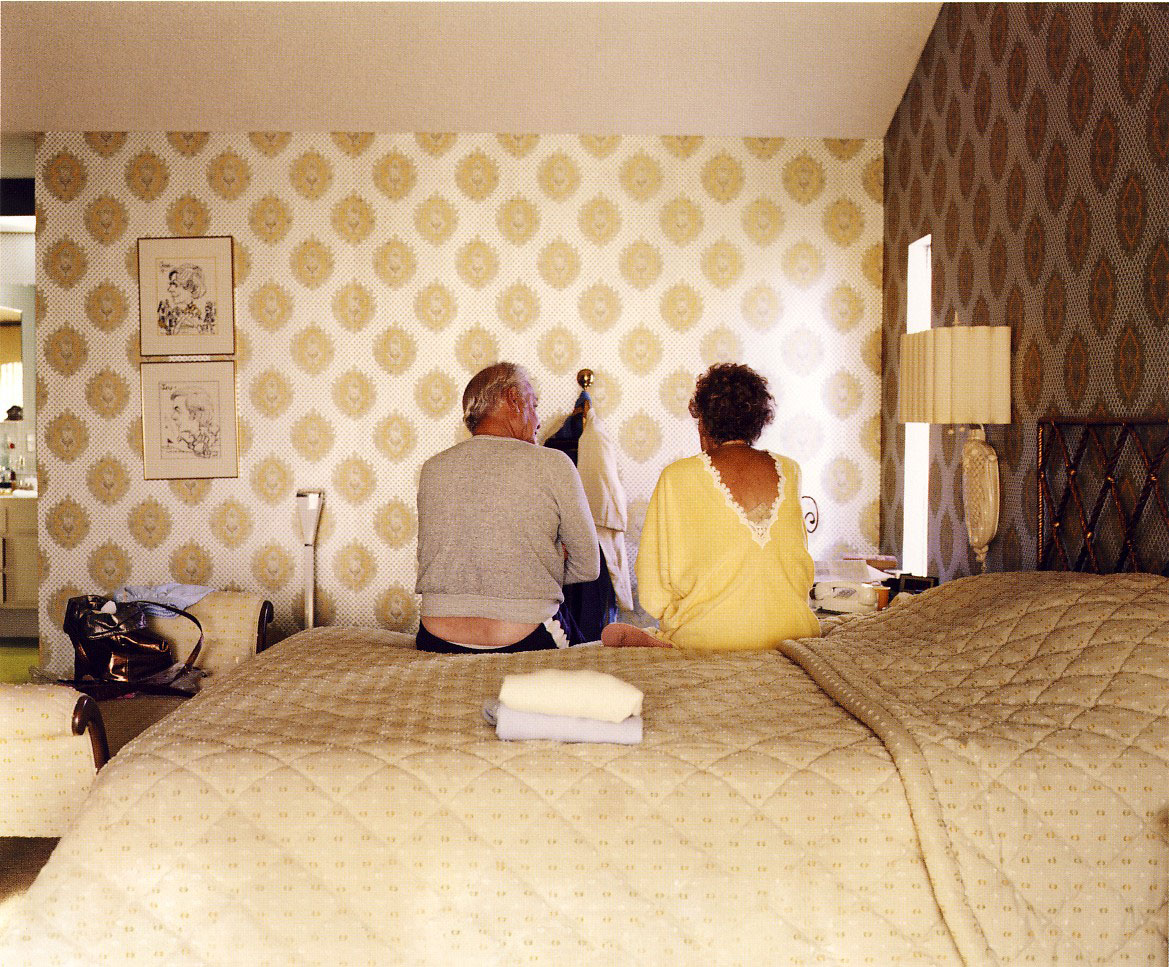 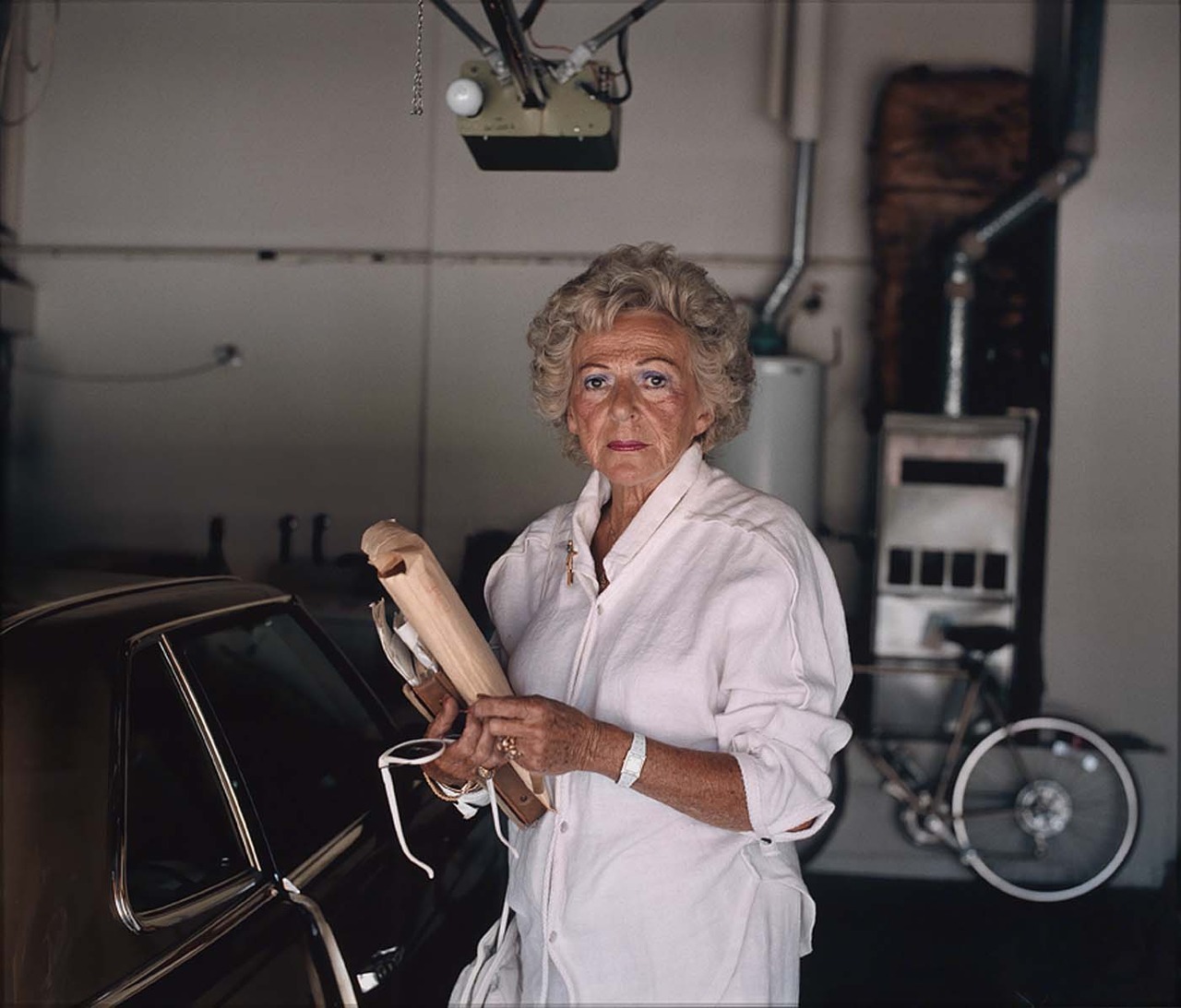 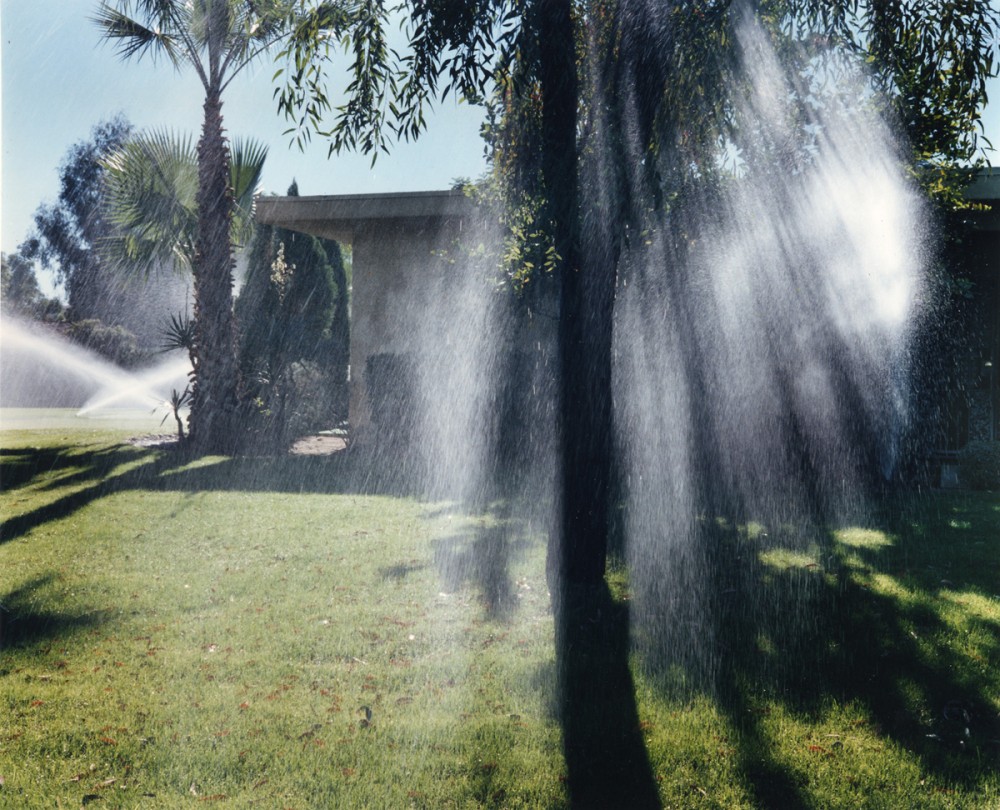 The text in Pictures from Home recreates the process by means of which the images were made, the ebb and flow between witness and participant in the artist’s own consciousness, the battle between him and his subjects for control.

But this is only half the story. Sultan continues:

“What drives me to continue this work is difficult to name. It has more to do with love than with sociology. With being a subject in the drama rather than a witness. And in the odd and jumbled process of working, everything shifts: the boundaries blur, my distance slips, the arrogance and illusion of immunity falters. I wake up on the middle of the night, stunned and anguished. These are my parents. From that simple fact, everything follows.”

What does follow, in effect, is a rare event: the photographer lets his subjects talk back to him about his work. The self-contained tableau dissolves, and is replaced by the flow of conversation.

“Mom calls and tells me that the pictures I made of her for the real-estate section of the Los Angeles Times are so miserable that she refused to tell anyone that I had made them, and when asked about them she said that she had to hire some hack photographer because I was unavailable. I can her her trying to disguise her anger, but it comes through. ‘Here I am top saleswoman in the office and I’m the only one in the newspaper that doesn’t even look like a sales agent. Who would buy a house from someone who looks so severe? It doesn’t even look like me. I hate that picture.”

“My father shares her feelings about many of my pictures:

‘I don’t know what you’re doing. You seem to be just as confused as I am. I mean, you pussyfoot around; half the time the tape recorder doesn’t work and you want me to repeat conversations that occurred spontaneously. And on the other hand you take the same picture over and over again and you’re still not happy with the results. It doesn’t make a lot of sense to me. I don’t know what you’re after. What’s the big deal?’

“A lot of the time it doesn’t make sense to me either. All I know is that every time I try to make a photograph, you give me the steely-eyed look. You know it: penetrating but impenetrable, tough and in control. Or you shove your hands in your pockets and gaze off into some mythical future, which for some reason is about 45 degrees to my left. It’s like you’re acting the role of the heroic executive in an annual report, or in a diorama on success. Maybe you’re looking for a public image of yourself and I’m interested in something more private, in what happens between events – that brief moment between thoughts when you forget yourself.”

‘That sounds good but I think it’s a load of crap. If anything, the picture shows how strained and artificial the situation was that you set up.’

“Sure, it was a charade. But I’m talking about how the image is read rather than what was literally going on when it was made. There’s a difference. Don’t you think that a fiction can suggest a truth?”

‘Maybe, but whose trust is it? It’s your picture but my image. Like the photograph of me sitting on the bed; maybe I’m a little bored but I’m not melancholy, longing for the old days of Schick or waiting for death.’

The text in Pictures from Home recreates the process by means of which the images were made, the ebb and flow between witness and participant in the artist’s own consciousness, the battle between him and his subjects for control. Finally, we are reminded of the provisional nature, and joint ownership, of the photograph itself. “It’s your picture but my image.”

EXPLORE ALL LARRY SULTAN ON ASX

(© Roswell Angier, 2006. All rights reserved. All images © copyright the photographer and/or publisher. Text excerpt brought to ASX by Roswell Angier.)