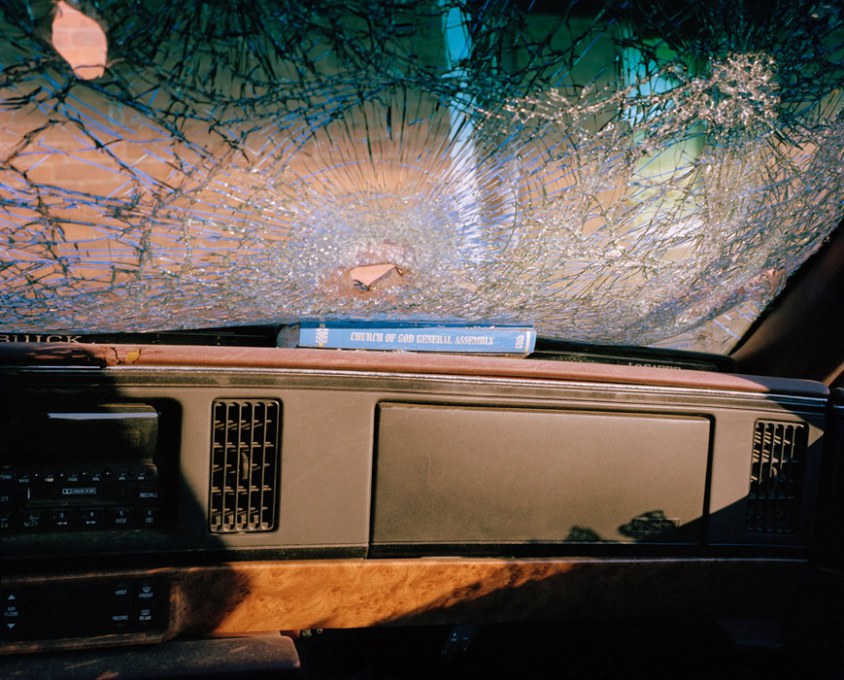 Evans shows the south as part of the rest of America, falling behind itself and failing in the everyday struggle against entropy.

There is in McNair Evans Confessions for a Son a sense that time passes slow and lonely, a stillness manifest in an image of a hound weighted to the ground under a shadow. Evans’ book is personal, I doubt he’s trying to speak for anyone other than himself; but as an attempt to peel back layers of the dream and unearth facts about a hidden family history Confessions for a Son holds broader implications. Since the Civil War a prominent class of the American South has largely preferred to dream of itself as frozen in time, to paint over the present with the romantic mythology of the past. Evans’ family comes from a typically nostalgic milieu, the section of the south that sends students to Princeton, owns antique rifles and land to hunt on and keeps yellowing stacks of the Journal of Southern History. The book itself is short of contextual information, but the press release from Owl and Tiger informs that Evans’ motivation to make Confessions for a Son stems from what he discovered after his father’s death: debt and the failure of the family business. 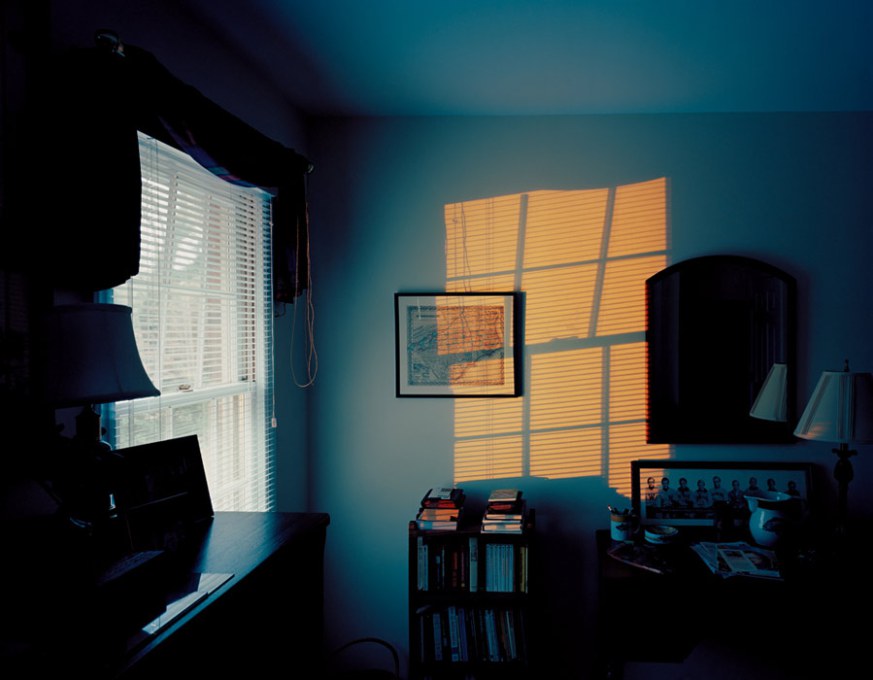 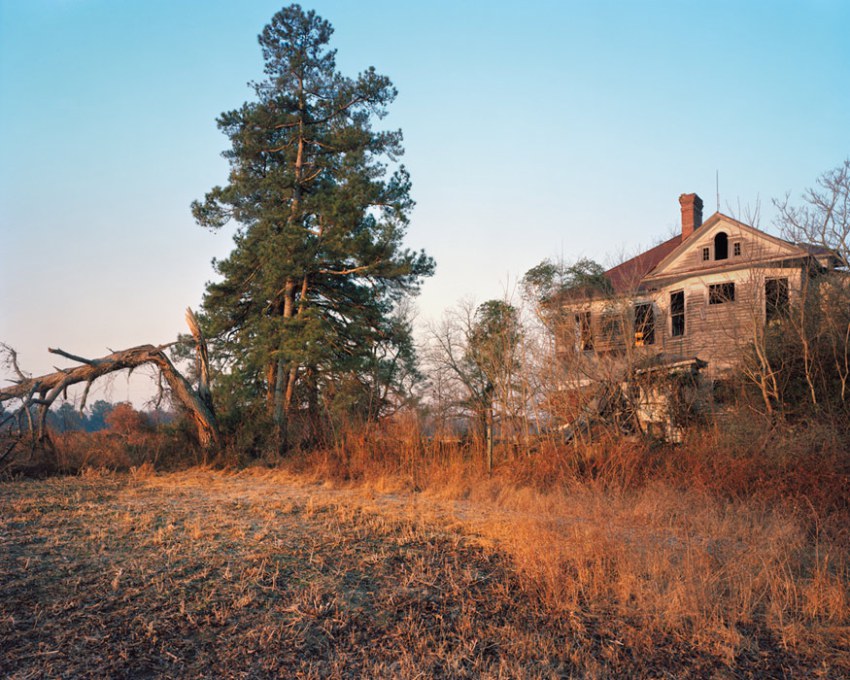 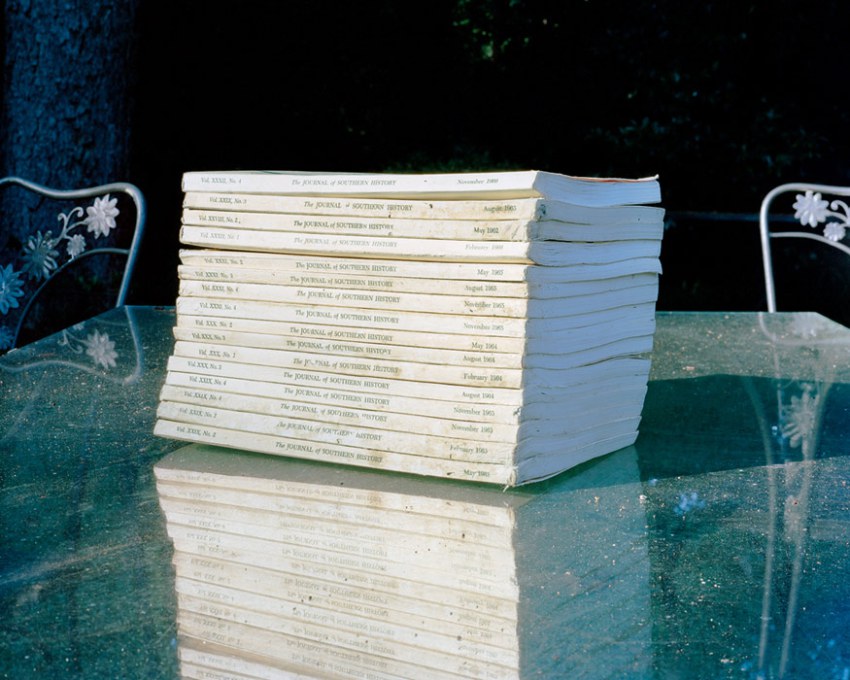 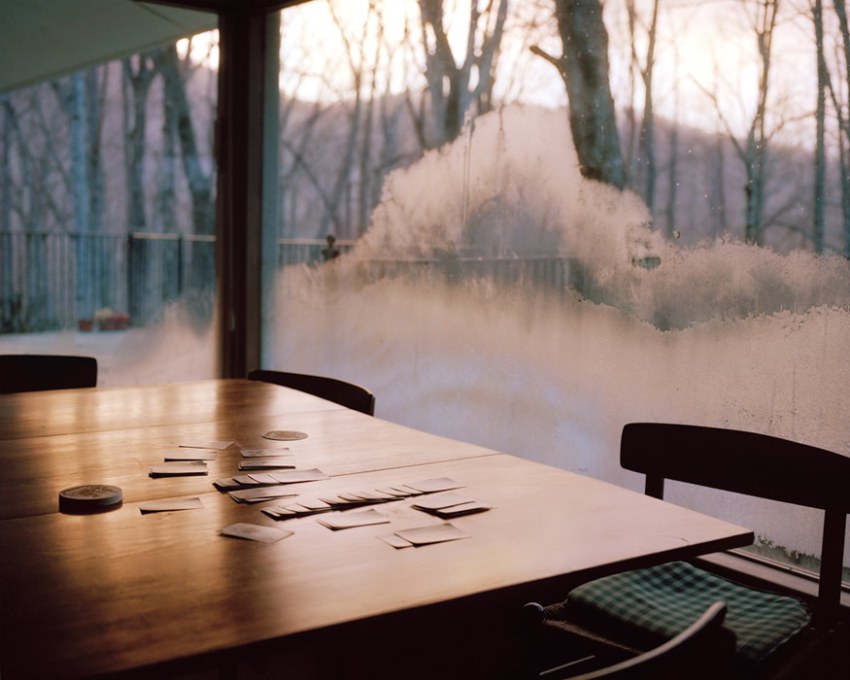 With his father gone, Evans attempts to uncover the truth in a way reminiscent of existential detective stories like Blow-Up or The Conversation, movies defined not by twisting plots but the fraught nature of interpretation (Evans performs a handwriting analysis on a scrap of an informal accounting sheet belonging to his father.) In Confessions for a Son, however, there are no stakes; the story is over. An explanation is required more than an answer, and to that end Evans uses the documentary method to circle the heart of the book, the relationship between fathers and sons.

Most often when people set out to reckon with the legacy of a father, it’s a reckoning with the ghost of anger, but there is no anger in Confessions for a Son. Evans names only one emotion, shame. It’s unclear whether the shame is that of being lied to or the shame of a brush with poverty, both, or another source: Evans’ story is very Oedipal. In the Oedipal myth, the passing of the father coupled with the revelation of concealed knowledge creates an unbearable burden of shame for the son. Faced with this dilemma, there are two options: attempt to destroy your past and more likely end by destroying yourself, or you can simply reconcile yourself to the circumstances.

Evans doesn’t seem to have destroyed himself; he’s almost certainly not stabbed his eyes out. Photography seems to be his catharsis.

Evans doesn’t seem to have destroyed himself; he’s almost certainly not stabbed his eyes out. Photography seems to be his catharsis. The image of Evans’ father, enlarged to the point where it loses clarity, is only a starting point for what grows into a gentle deconstruction of the mythos of the south. The gravity of a pair of historical marker signs documenting two long forgotten writers, modest by itself, is further undercut by the Dollar General and a Family Dollar behind it. While William Eggleston’s photos showed a distinctively southern landscape (Eggleston suggested the formal composition of all his photos was based on the Confederate flag), Evans, on the other hand, shows the south as part of the rest of America, falling behind itself and failing in the everyday struggle against entropy. Many of the images evince the slow, natural violence that peels paint, yellows paper and fells trees. Some of the images, buildings without people, evoke Edward Hopper’s paintings of Martha’s Vineyard with their balance of torpor and gentle light.

The images, however, seem to beg for more context or none at all. To make such an autobiographical work without at least some short forward or introduction echoes the withholding and secrecy the project would seem to want to eradicate. Most of the context in Confessions for a Son is supplied by the short captions, which accompany the list of plates in the back of the book, which provide little access to the person behind the project. Presumably, Evans’ prefers the images carry the narrative (an image of an aged hand resting on a tree trunk, later an exploded tree trunk); and while it would be a shame to over-determine the images with authorial weight, such a personal endeavor begs a bit more of the author’s presence. This is the only missing element in an otherwise finely crafted and nicely bound book of delicate images. 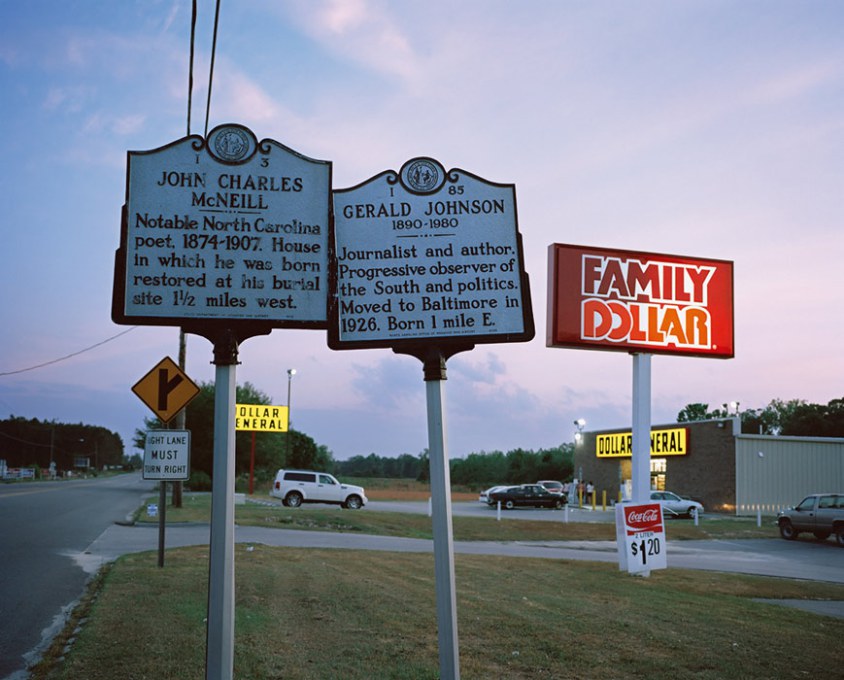 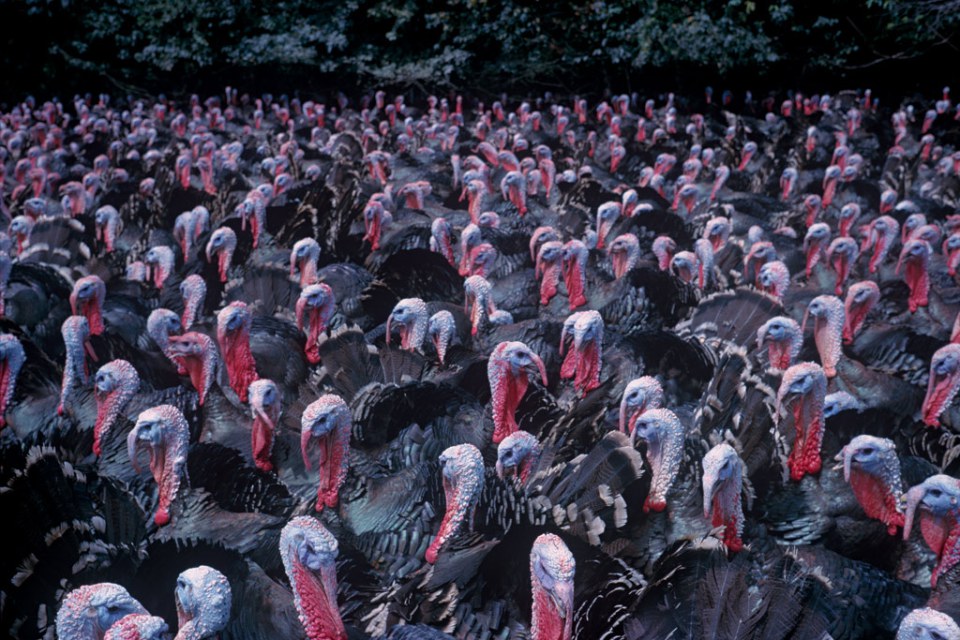 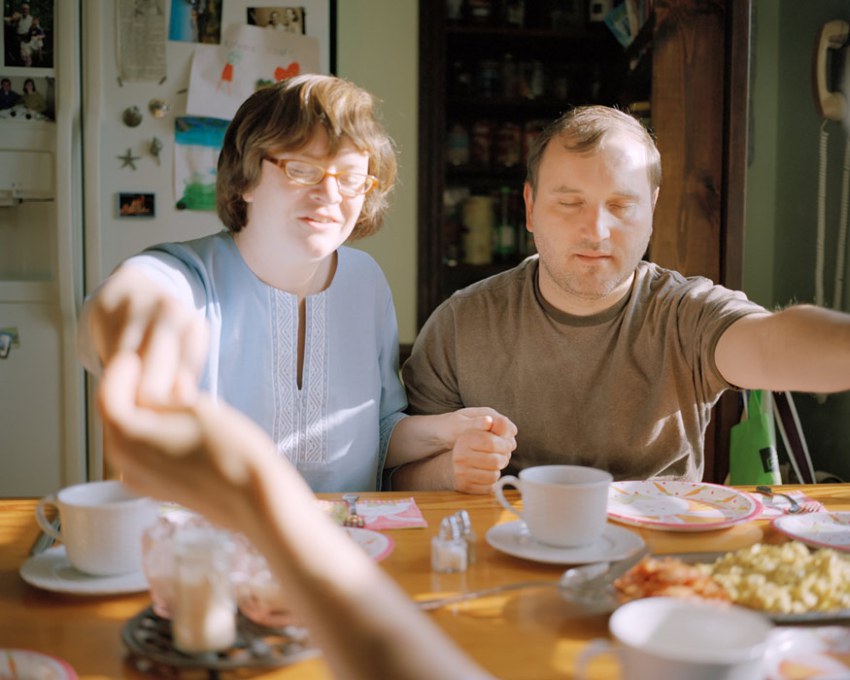 While the work is markedly non-conceptual, but there is one seemingly aberrant image: Evan’s family holding hands and praying over breakfast on Easter day. The image is notable for its relative lack of style, despite the strong window-light. There’s no sense of either the historical or the timeless, none of the mystery of an empty house. What it looks like is a normal, nice family photo, but perhaps also a suggestion that illustrated paper plates and children’s drawings on the fridge lead the way out of a damaging and romanticized past.

ASX’s Owen Campbell is an an artist and writer from Wilkinsburg, PA.