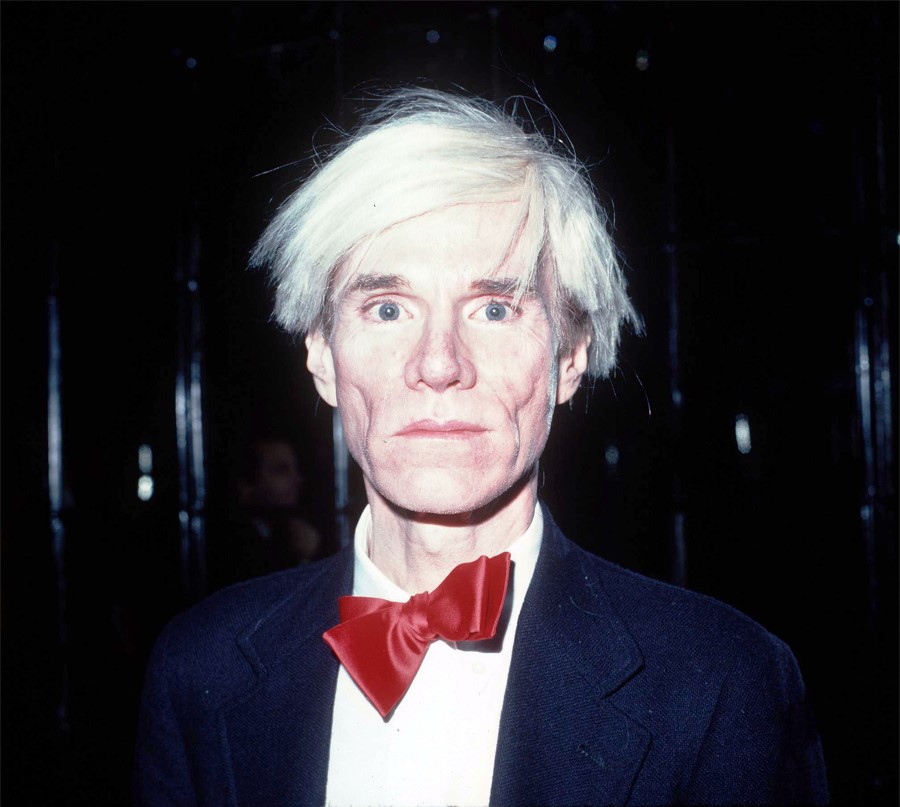 There was no logical reason to limit the collection, for any reasons of quantity or bulk.

Andy Warhol loved to buy art. We used to go shopping for it together for a few hours practically every day in the past couple of years. He bought many, many things.

After discussion and planning by phone in the morning we would set out around 11 o’clock. I would usually pick him up or we would meet at a gallery. He often brought a stack of Interviews, which he gave away as we went along. There was a lot of ground to cover. It included Madison Avenue and Fifty-seventh Street galleries, the antique center and antique shops everywhere, the downtown antique importers, the antique shows as well as the auction exhibitions at Sotheby’s, Christie’s Christie’s East, Phillips, Doyle’s, Manhattan Galleries, and even Lubin’s. Every Sunday I used to pick up Andy at church and we spent the day at the flea markets at Twenty-sixth Street and the one on Columbus Avenue. Saturdays Andy had to paint.

Andy was interested in all the arts – fine, decorative and minor, contemporary and old – all periods and styles. We went anywhere things were for sale. With a car we could cover a lot of ground and have the immediate satisfaction of keeping our purchases with us and reviewing them on the way back. Andy had to report to the Factory for lunch around 1:30.

Andy used to marvel at the number of categories, as he called them. We might decide one day to do American paintings, and we would see Chases and Sargents at places like Ira Spanierman and Didi Wigmore; the next day we might do classical antiquity or nineteenth century sculpture. Andy used the auction house system in categorizing art history.

Andy never bought art to hang it or display it any more than Hearst of Lorenzo de Medici did before him. He had the ample storage space required by the true collector and could afford most of what he saw. There was no logical reason to limit the collection, for any reasons of quantity or bulk. The pursuit of masterpieces did not prevent him from finding objects of interest in all ranges of quality. On the quest for objects of great quality or bronzes of fine patination or ciselure, he would buy Rodin’s Le Penseur in black glazed ceramic for $26 at the flea market. As he became interested in sculpture, he started to collect pedestals because he realized that good ones were harder to find than the sculptures. Anything looked good on a a fine pedestal from Barye’s great Theseus Slaying the Centaur to the Pizza Man in polychromed plaster. We both knew the basic rule of collecting that you are wasting your time to buy anything other than a masterpiece, but this was called into question daily. If I said that some object or other looked like junk to me, he would say, “Oh really. See how much it is.”

There were refinements of taste that often went unperceived by well-meaning colleagues and friends. Out of respect for them, Andy would secrete things in certain remote areas, which eventually turned into major art storage depots. “Most art is no good,” he would say, possibly quoting Degas.

Andy knowingly followed the pattern of great collectors of profligate over-accumulation to be succeeded in good time by soul-searching deacquisition. There was a vague plan for eventual divestiture, code-named Warhol Hall, having to do with a gallery, a gift shop, or flea market stand. He designed a collection label. Once he consigned a huge Mexican ceremonial mask he had just bought at Doyle’s Tag Sale to an antique shop, but we had to rush back when he realized they might actually sell it.

Andy was still in the over-accumulation phase. He was only just beginning to collect art.

EXPLORE ALL ANDY WARHOL ON ASX