“If you look at photos of my teenagers, beauty was a very important thing, not only for the obvious reason, but I found that the girls were so open in express­ing themselves to the camera.”

Why did you start photograph­ing at Jones Beach?

JS: There were a lot of teenagers there in the ’70s. So having taught junior high and high school and photographed teens, the natural thing was to photograph teenagers at the beach. They’re the easiest subjects – they’re very open to people and to the camera, as opposed to older people, who would be more suspicious.

What drew you to teenagers?

JS: I was teaching high school and there was a real gap between myself and the teenagers. It occurred to me that if I made things more fun in art class, things would loosen up, so I brought my camera and start ed photographing them in class. Things really changed. When you photograph some­ one, you’re saying, “I’m photo­graphing because I like you.”

What was it about the beach you wanted to capture?

JS: The stories that come through in the people, in their images and relationships. They could range from very funny, humor­ ous things to very introspective things, so I looked at the whole emotional landscape. At the beach, people are much more open and vulnerable than anywhere else.

JS: When you go to the beach, all of your stresses and difficulties start to lift. You’re going to have a wonder­ful time and you’re more open to the things you see and the different kinds of people. Contrast that with taking a camera into Manhattan, where people are so tight and always on a mission. 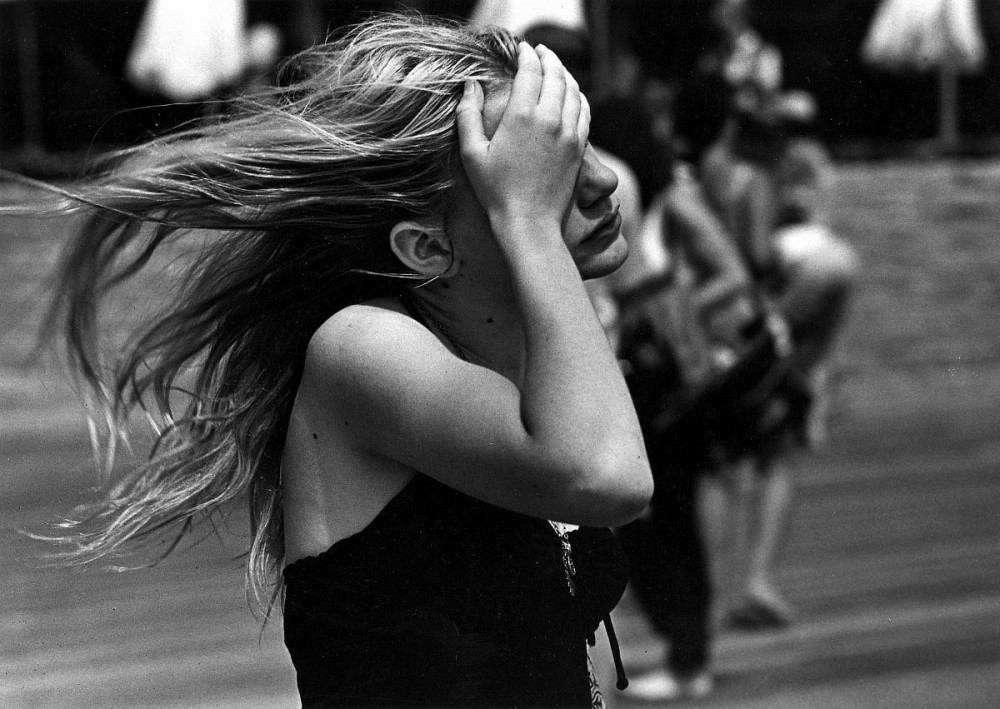 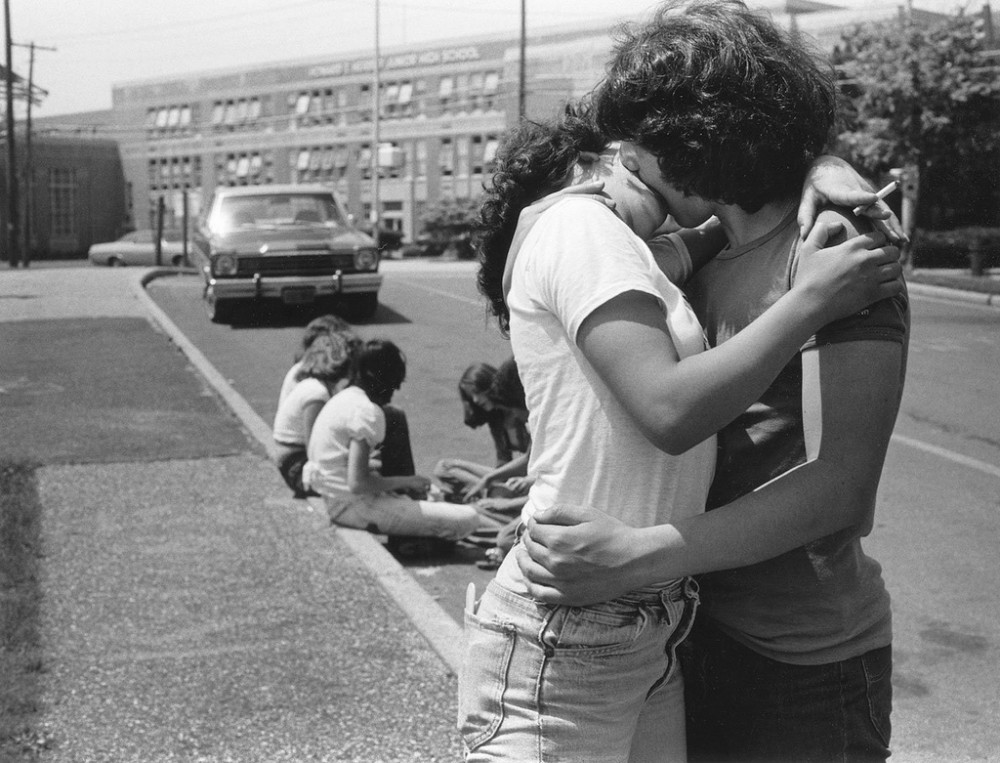 “It was intuitive. I wanted to be inclusive, not exclusive. So if somebody had an outrageous look which caught my eye, I’d have to get a photo of them. If they were very introspective, that would be a more difficult thing to try and photograph.”

What would you look for, and how would you approach peo­ple?

JS: It was intuitive. I wanted to be inclusive, not exclusive. So if somebody had an outrageous look which caught my eye, I’d have to get a photo of them. If they were very introspective, that would be a more difficult thing to try and photograph.

Would you wear a bathing suit?

JS: Oh, yeah. I carried my cameras on an army belt with pouches so my shoulders wouldn’t get tired after five, six hours.

Once you started shooting, would people get into it?

JS: Yeah, that was always a lot of fun because now they were interacting and working with me. I’d let them do whatever they wanted to do and be who they want to be. No judgment.

Who’s the star of the book?

JS: That’s hard to say. I guess the stars would be the four girls on one lifeguard chair and the lone guy on the other. The girls weren’t aware of me at first – then they became embarrassed and broke up laughing. The guy just sat there.

Were you motivated by a love of female beauty?

JS: Absolutely. Certainly if you look at photos of my teenagers, beauty was a very important thing, not only for the obvious reason, but I found that the girls were so open in express­ing themselves to the camera.

Did adults ever question that the photos were so sexy?

JS: Nobody ever said much about that, maybe because it was just there. I think it’s sexy in a good sense. I’m just showing people as they actually appear. If it’s there, it’s because that’s exactly who they are.

How has the beach changed over all these years?

JS: It has become more and more inclusive of all kinds of races and nations and people. It used to be the middle-class white beach. When I ask the life­ guards, they say, “The beach is now like the UN.”

Has the tone of the beach changed because of that?

JS: The one thing that’s changed is there’s more suspicion. People are suspicious of somebody with a camera. Though once I show them the kind of work I do, they understand.

When’s the last time you went to Jones?

JS: Just a couple of weeks ago. But I’ll be going when the weather’s nice-with a camera.