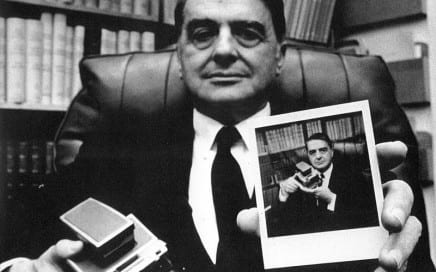 By Nat Trotman, originally published in Afterimage, May 1, 2002 In the ongoing push for consumer ease that characterizes the history of popular photography, the Polaroid Corporation stands as the undisputed champion of the later twentieth century. Among its many successes and numerous patents–including the process of polarization from which the corporation adapted its name–the […]