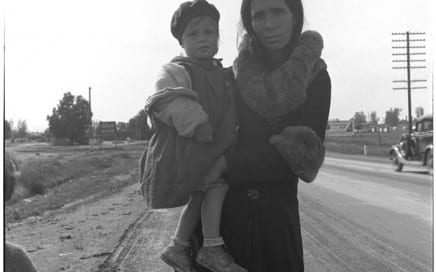 In the Face of All Odds: Dorothea Lange’s Psychological Studies of the Depression’s Disenfranchised (1986)

By Merrill Schleier. Presented at Southwest Labor Studies Conference, March 14, 1986 Dorothea Lange’s images of the Depression’s unemployed and disenfranchised victims have long been acknowledged both for their power to prompt government action and their compassion. Lange was one of several photographers employed by the Resettlement Administration, which was later subsumed under the Farm […]