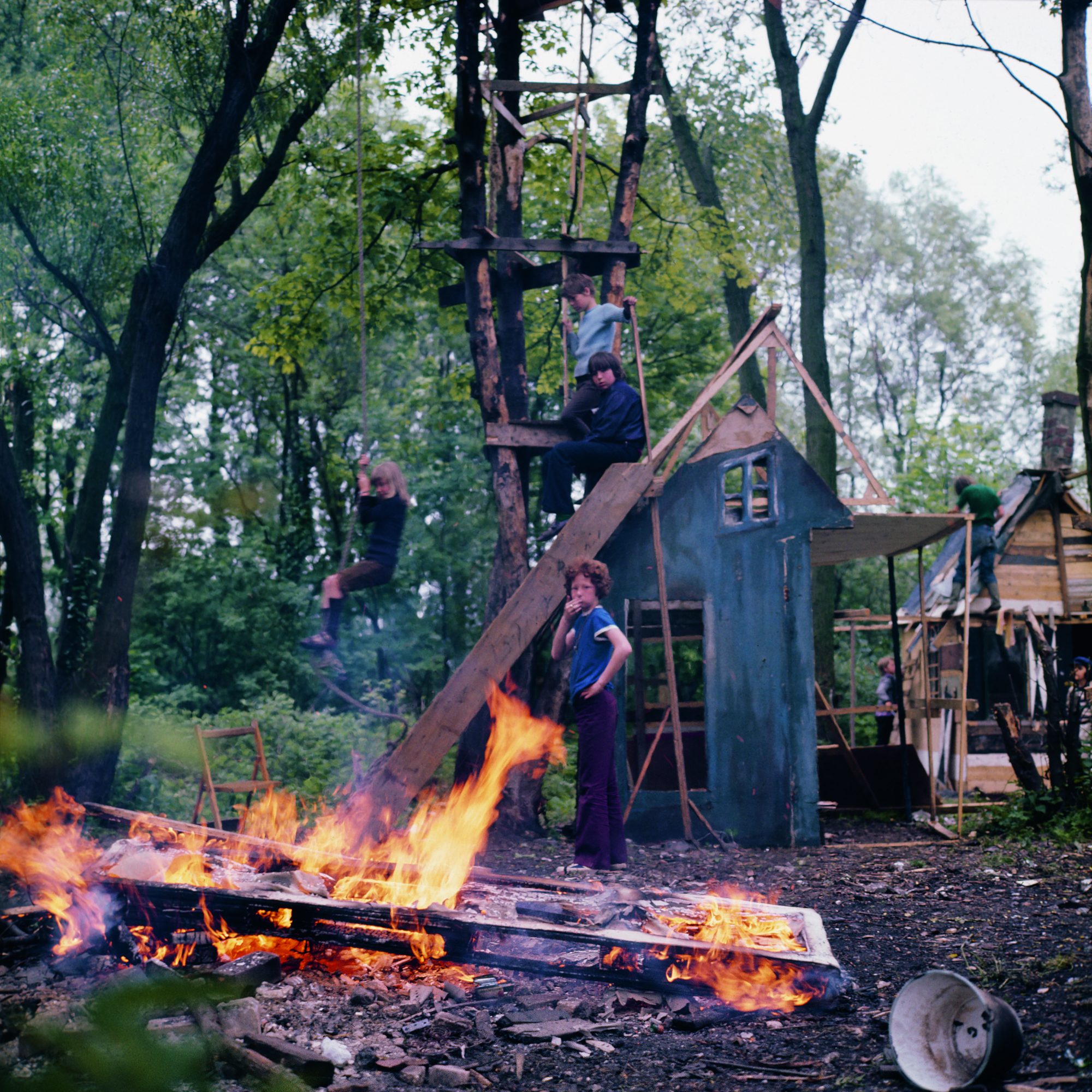 “He capered toward Bill, and the mask was a thing on its own, behind which Jack hid, liberated from shame and self-consciousness.” William Golding, Lord of the Flies

“In Huts, Temples, Castles, MACK returns with a new book from Ursula Schulz-Dornburg. As is the distinct emphasis on architecture and vernacular sensibility, all typological interest points are intact from previous outings. The origins of mankind, sociological and anthropological thinking remain at the forefront of the work; yet, there is something more light-hearted to this work than previous efforts. At first, I was not sure if I enjoyed it or not. It felt too naive, too whimsical as if this book was scraping the barrel of a vast archive of photographs from the German artist. What felt flimsy or overly lyrical was overshadowed by the ordinarily dry, nearly cold minimalism found in her previous works, which can be pretty devoid of people. In Huts, Temples, Castles, people, albeit youth, run free everywhere and create a momentary confusion when considering her other books that I have become accustomed to appreciating. Instead of finding the dregs, I think the work blossoms brilliantly within the context of the artist’s oeuvre.” 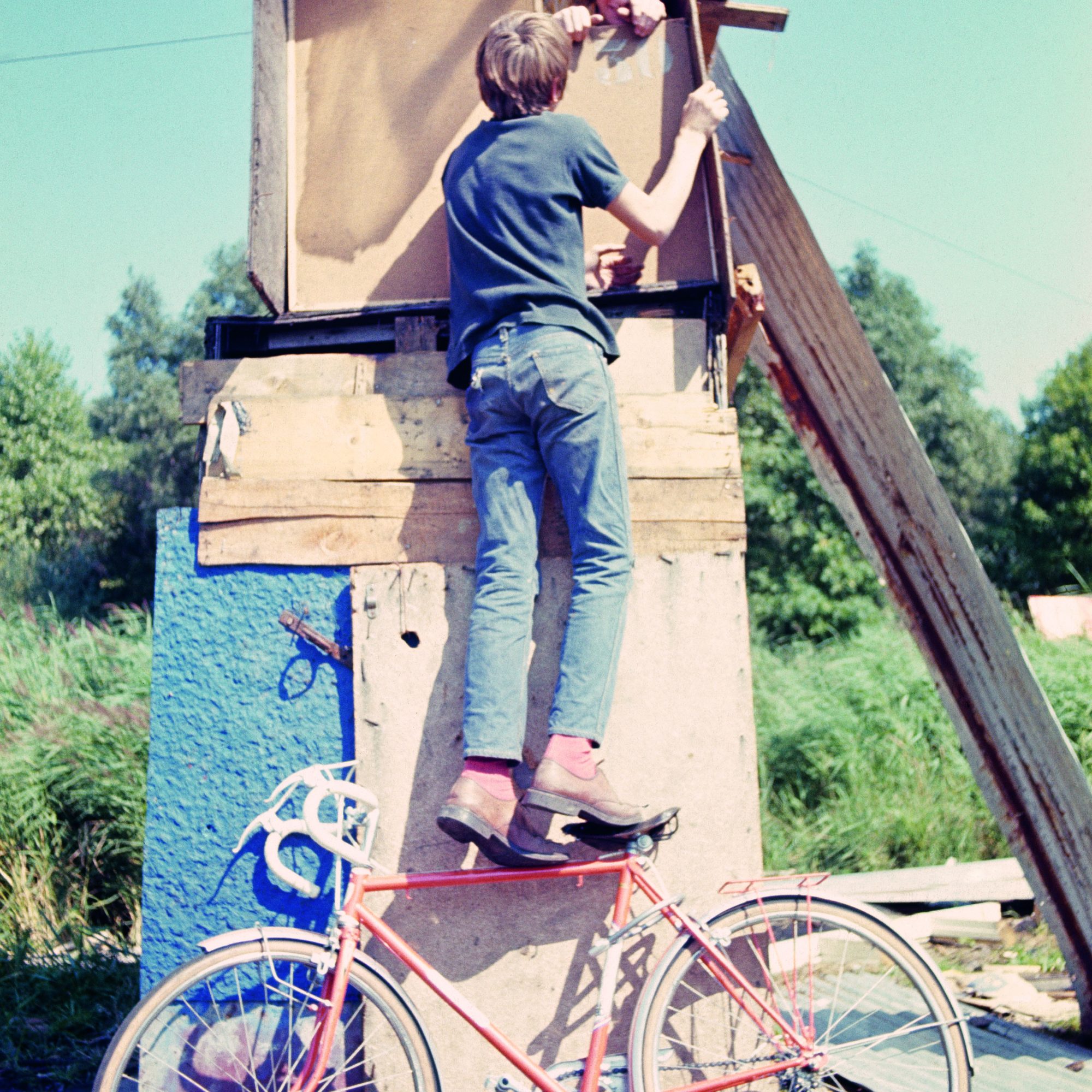 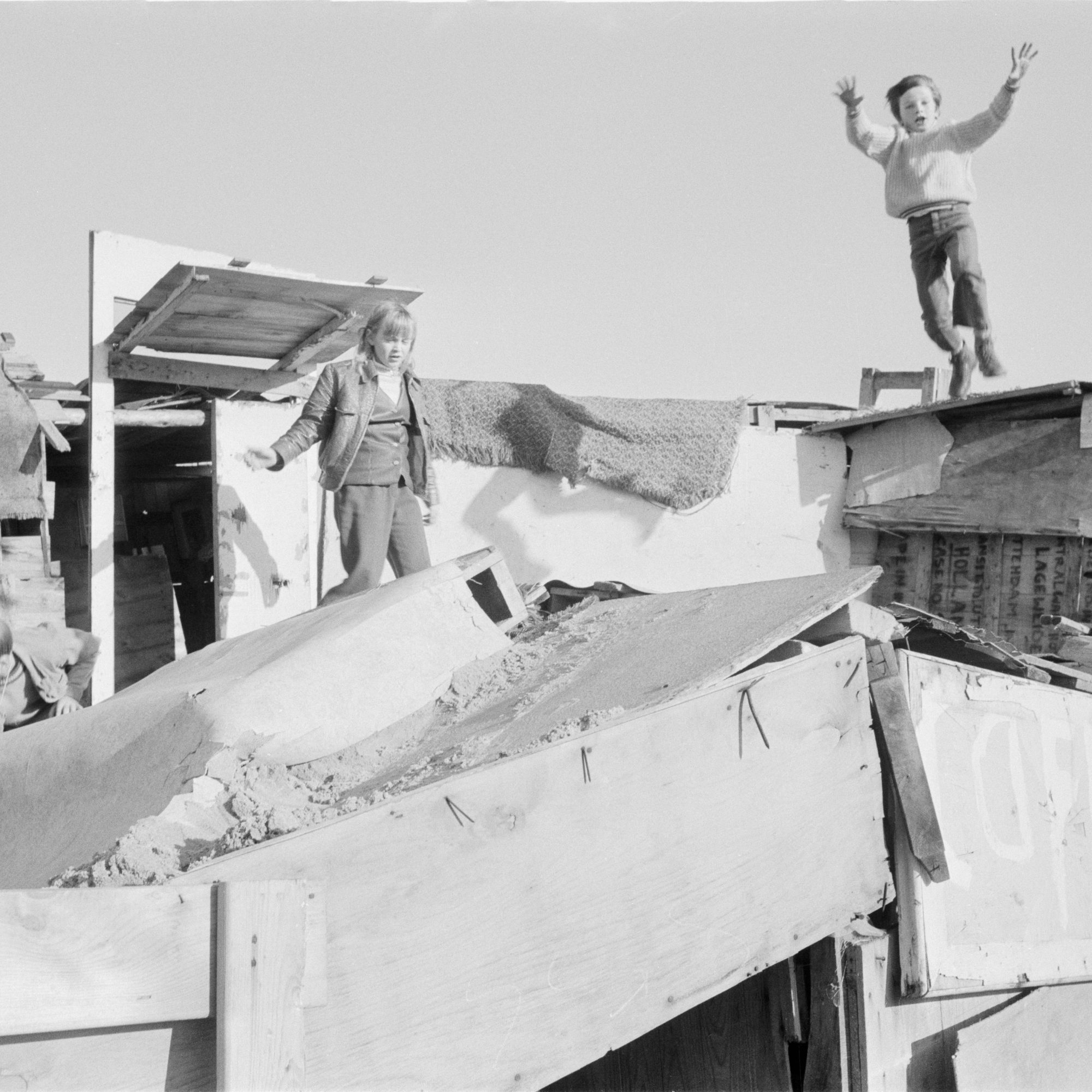 Original Press & Specifications
Ursula Schulz-Dornburg
Huts, Temples, Castles
MACK 2022
In the wake of the Second World War, aiming to occupy the children rampaging streets and parks, the City of Amsterdam founded Jongensland, a space where boys (and the occasional officially disallowed girl) could play, build, create, and destroy, largely without supervision. Located on an island accessible only by rowboat, Jongensland grew into a sprawling settlement built experimentally from scrap materials by its young inhabitants. Here, children would cook food, raise animals, build fires, and trade with each other. Without adult intervention, they relied on shared resourcefulness and collaborative ingenuity.
In 1969, when the architectural photographer Ursula Schulz-Dornburg moved to Düsseldorf with her two young children, she discovered Jongensland, the other side of the border from Germany’s strictly regulated playgrounds. Fas­cinated by the improvised buildings where her children would play, she made extensive photographs capturing them being constructed, used, demolished, and reshaped. Her images capture an intuitive architectural intelligence and capture a genre of vernacular construction with its own conventions and inno­vations, one which illuminates the role of imagination in defining a building’s identity and purpose.
This book presents Schulz-Dornburg’s largely unseen series alongside an ex­tended alongside an extended essay by architectural historian Tom Wilkinson reflecting on the architectural themes and lessons Jongensland continues to offer.
Essay by Tom Wilkinson
Embossed hardcover 21 x 29 cm, 96 pages
ISBN 978-1-913620-82-0 September 2022 €45 £35 $50
Posted in Architecture, Documentary Photography, Europe, Germany, Landscape Photography, Photobook, Photography - All and tagged Brad Feuerhelm, German Artist, German Photographer, Huts Temples Castles, Jongensland Oost, Mack, Photobook, photobook review, Tom Wilkinson, Typology, Typology & Photography, Ursula Schulz-Dornburg, Video.