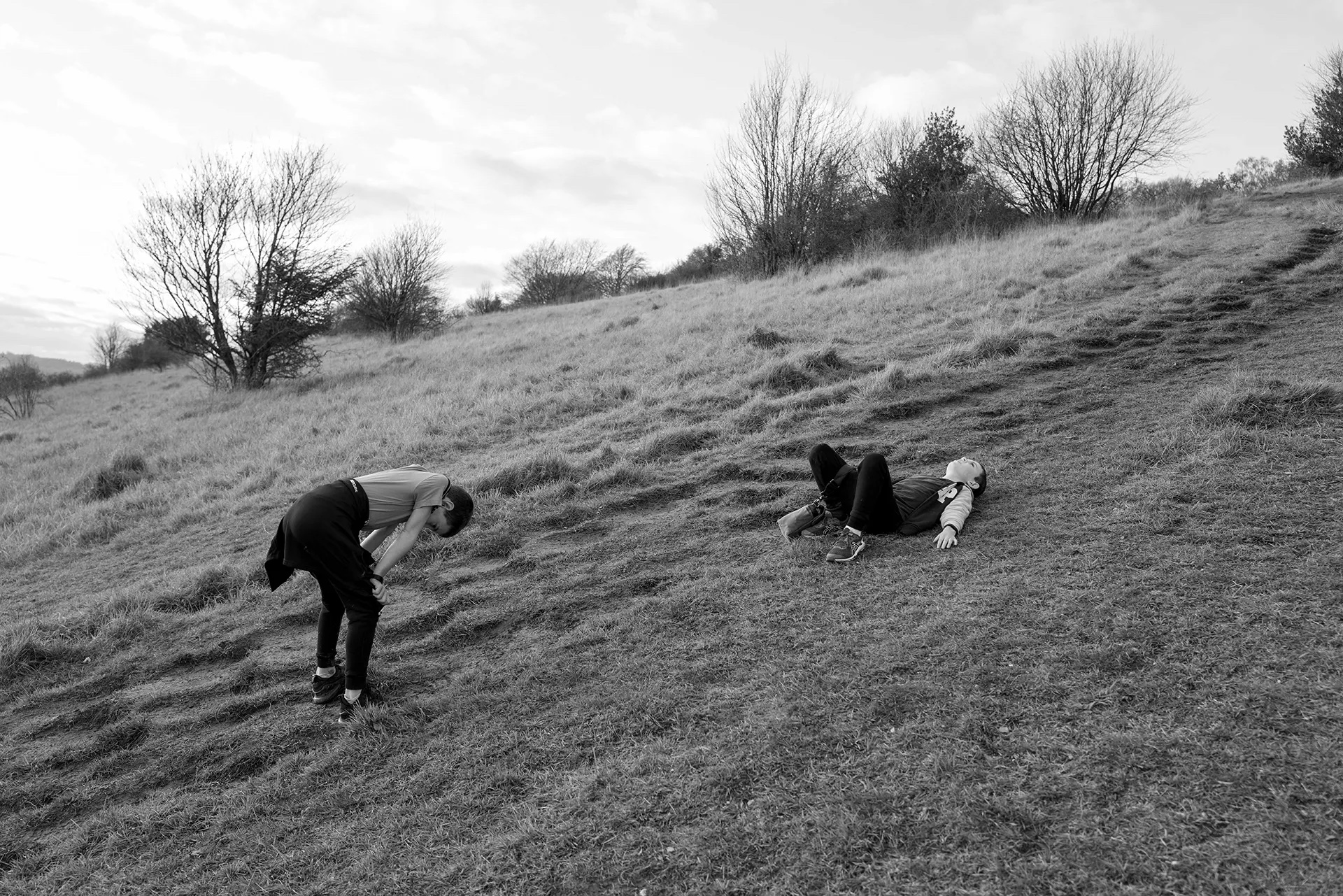 Does one need a photobook about someone else’s family? What universal aspects of image-making allow the work to transcend from a family album to a book that illustrates the broader condition of human understanding, behavior, and endeavor? There are notable examples throughout the history of photography where images of an artist’s family are remembered for their intimacy and understood as a portal into the human condition of love. Many times, these examples stem from the wife as muse to the mother/artist’s observations of her position within the context of childbirth and rearing. With the former example, Alfred Stieglitz’s photographs of Georgia O’keefe come to mind, as do Paul Strand and Harry Callahan’s photographs of their wives. Emmet Gowin and Edward Weston also found inspiration in their families in terms of their wives and their children. 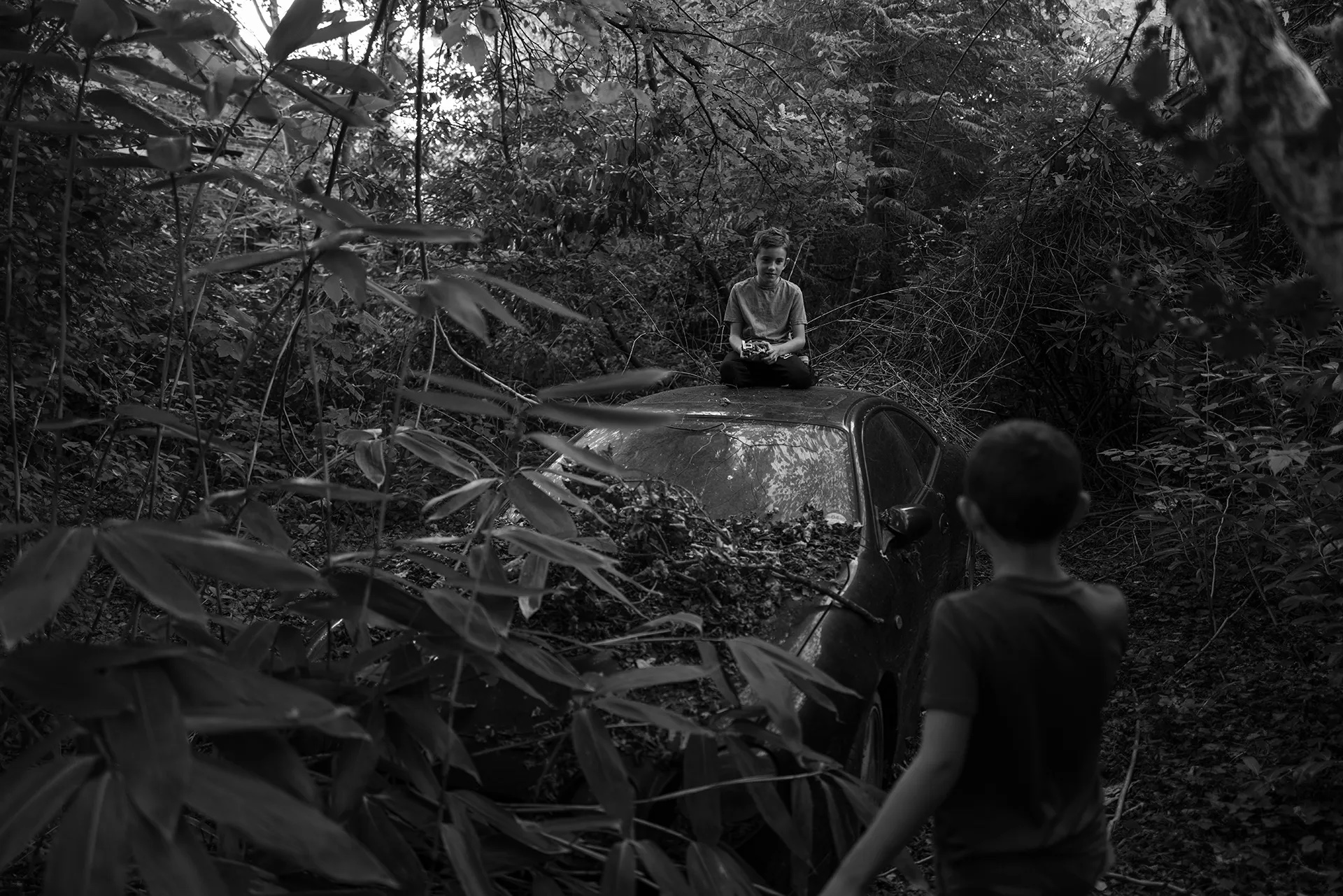 In thinking about women’s experience with the camera, Lisa Sorgini’s recent work is a logical extension of examining the role of new motherhood as fertile grounds for pursuing a photographic project. Sally Mann and Judith Black have also found the subject matter fruitful. Historically, the photographs of Julia Margaret Cameron are a brilliant reference point for women working with their children to produce art. In the case of these practitioners, one feels a sense of playfulness in the work that is not as present in the images referenced between husband and wife. It is a different level of intimacy to photograph one’s children. It requires patience from both parties, and the sense of play overrides the sense of posing drama that often occurs in works of “musing.” In my experience, the photographs of children from the perspective of the father’s gaze are lamentably infrequent. Though historical examples of men photographing their families and children exist, they rarely cover the territory between a father and his offspring in abundance. 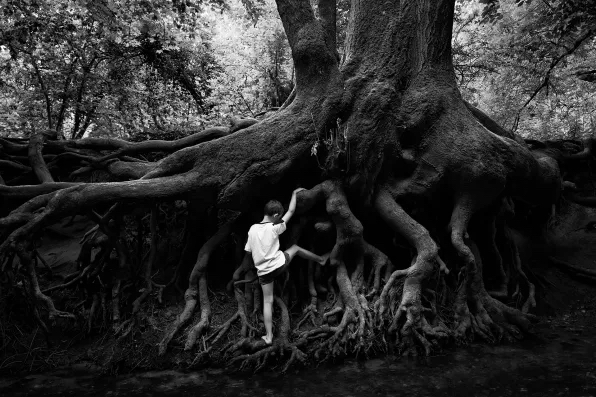 I have thought about this many times while also asking what elements push a body of work to transcend the divide between self-absorption on behalf of the artist/parent and what merits an experience for an unknown audience. In essence, I am curious as to who this type of photography is for and whether or not it is the product of art or the documentation of an intimate world that, though notable, may not reach past the confines of its relationship molding. After all, I certainly would not want to be privy to looking through family albums at large, as I have my own pursuits on that very matter at my disposal. These questions lead me to examine whether or not family photobooks are successful for readers not directly involved. Mostly, I have resolved their importance in the photographic canon as sufficiently necessary. Judith Black and Seiichi Furuya’s photobooks are two prime examples of work that have led me to consider photobooks that have intimate family pictures at their base as important. I have never reconciled the work of Sally Mann without it having more significant looming questions attached.

In the case of Mathieu Chaze‘s Rock, Paper, Scissors (BurnBooks), I find myself relegated to the position that it is encouraging to have another volume of photographs taken by a father of his children as it adds weight to the genre by gracing it with another perspective. It also does much to absolve the male absenteeism associated with many families in the 21st Century. It also softens the notion of the male presence as an unconcerned workhorse who can only relate to his family in slim windows of time and overly masculine exchange. Instead, with Chaze’s book, he follows his sons throughout woodland and waterways, photographing their melee and frolicking in front of his camera. Whereas the majority of the images do not read as family photographs, ala snapshots, etc., the work feels loose enough so as not to be read as an exercise in using his sons as simple fodder for his artistic inclinations. This shows Chaze as both father and photographer whose passion for his craft and his love for his family are seen as combined pursuits rather than a foray into simply using his children as subject matter. The images feel carefree, and in one sense, unlike the photographs of some of the photographs of Jessie by Sally Mann, there is a reciprocal adventure in the taking of these photographs. This is important and worth pointing out. 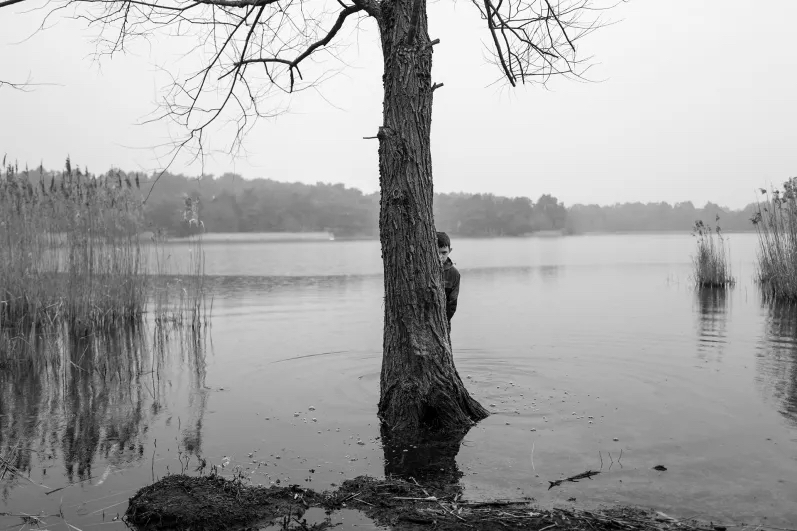 Critically speaking, the images are good. When Chaze opts for the landscape alone on a rare occasion, you can see his itch to be more formal and to make landscapes slightly over-composed and that look towards something less like an instrument of emotion. They are stark and somewhat brooding. Much of this concerns the penchant in recent years for artists to stop everything down 1-2 stops in post-production. Chaze employs this method, adding a weight of melancholia to the images, especially when nature is heavily involved. Grays drip into grays, and the otherwise even keel of the photographs is shrouded in a veil of increasing mystery. I am generally a fan of this technique despite it getting close to being played out with so many projects in homage to Jenia Frydlyand’s Entrance to Our Valley and any number of Raymond Meeks impersonators littering our mental creative highways. In Chaze’s case, it works for the images, but I am also quick to remind myself that if that stylization were taken out, the images would lose a bit of their strength. All in all, the book is tight, and again, it reminds the viewer of a previously unconsidered point of view of a father doting on his children.

Printed in Italy with Vegetal Inks by Grafiche Antiga