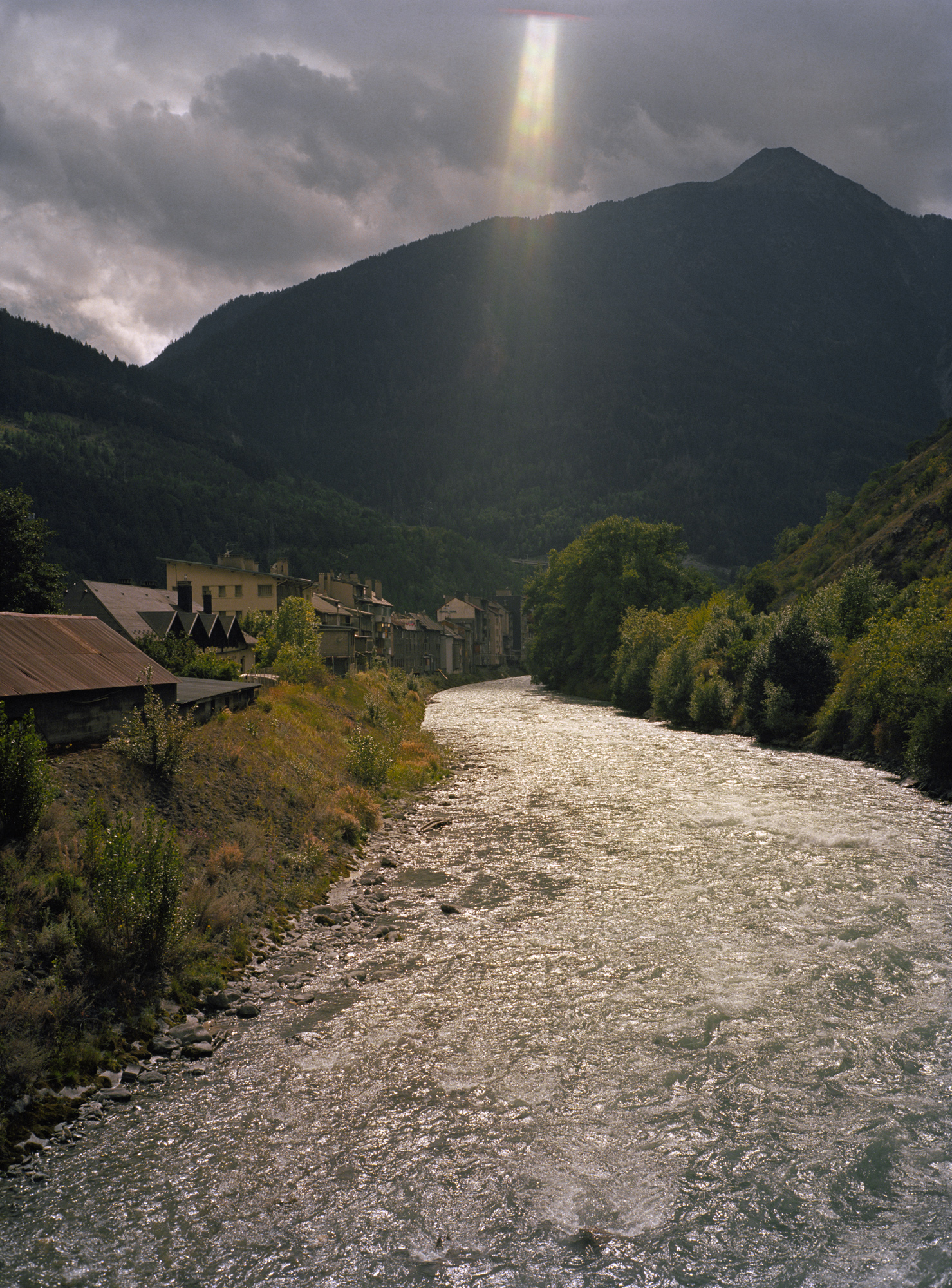 There is a resurgence in recent years to look at the topic of industry and labor among artists considering the monumental shift that society is experiencing from manual labor to skilled labor. Over half of the projects that I encounter regarding the shift to automation revolve around digital territories-projects about AI, automation, cryptocurrencies, and digital economies. This is based on speculation about the future. As we drift towards our lives becoming increasingly digital and our transactions increasingly monitored by state function and as money in a cashless society becomes a prevalent means of exchange,  artists are beginning to question where the value lies and what their role is within these new territories. This discussion, amongst others regarding the art market itself is best illuminated by Hito Steyerl’s 2017 book published by Verso Duty-Free Art Art in the Age of Planetary Civil War. Though an overly apocalyptic title, the book explains the function of the art market and global wealth in a way that ties in labor and production with the upper one percent’s tax avoidance and asset management of cultural goods among other topics. 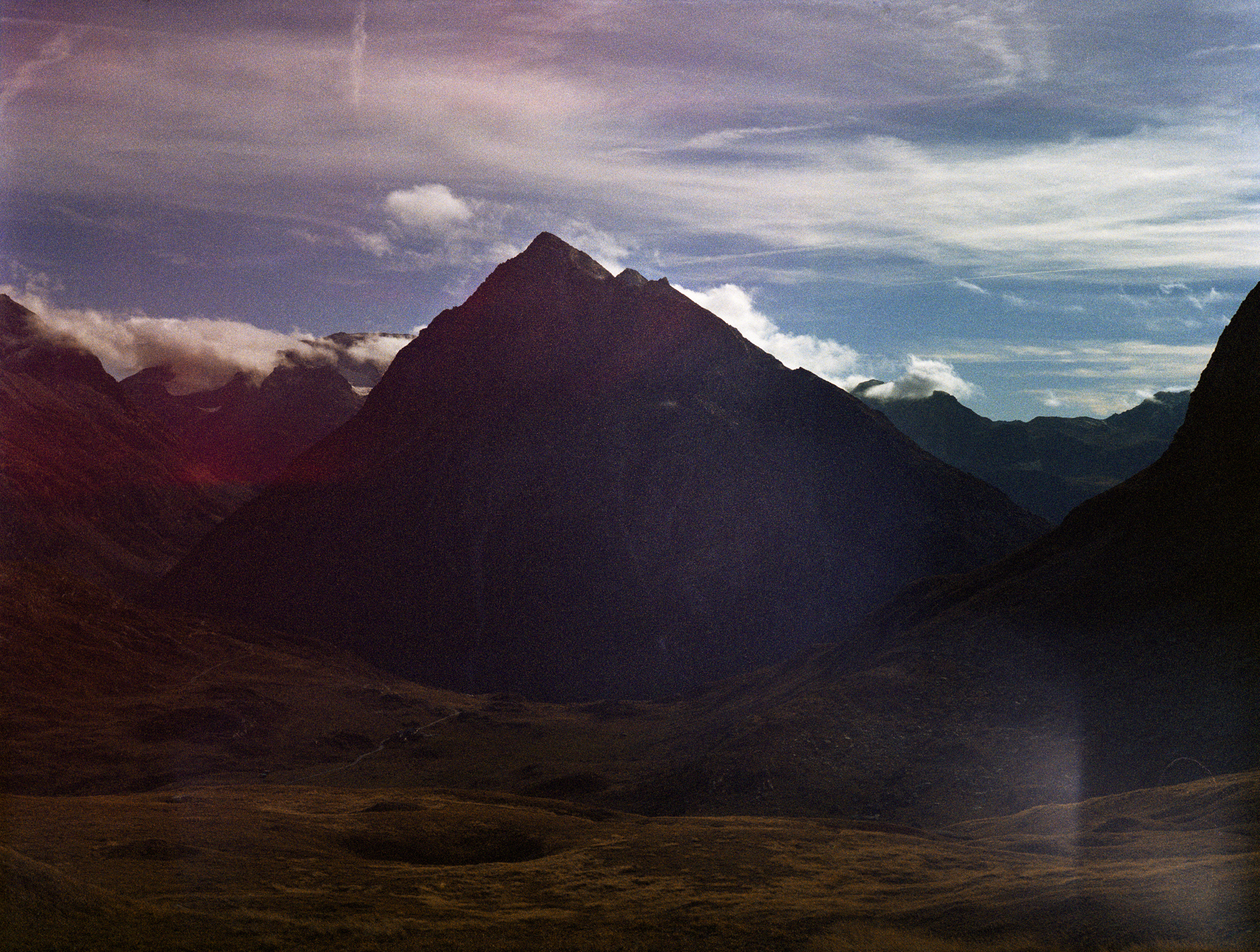 The other projects that I gravitate toward regarding labor look at the topic of production from the point of the present regarding the past. Many of these books and projects deal with manual and unskilled labor and the effects of industrialization on contemporary ecologies. The history of photobooks regarding mining and labor from 1920 forward is vast. Many of the more modernist titles such as E. O. Hoppe’s Deutsche Arbeit (1930), or Chargesheimer’s Im Ruhrgebiet (1958) deal with the subject of manual labor from the point of progress. Both titles are centered on the idea of labor and mass production. Whereas Chargesheimer’s title alludes to a budding skepticism in his pictures, the overall condition of the book is one of continued post-war progress. A similar sentiment can be found in Jean-Loup Sieff’s Borinage 1959 work. This feeling of progress would change in the coming decades as environmental issues such as pollution and depletion began to be spoken about more widely. 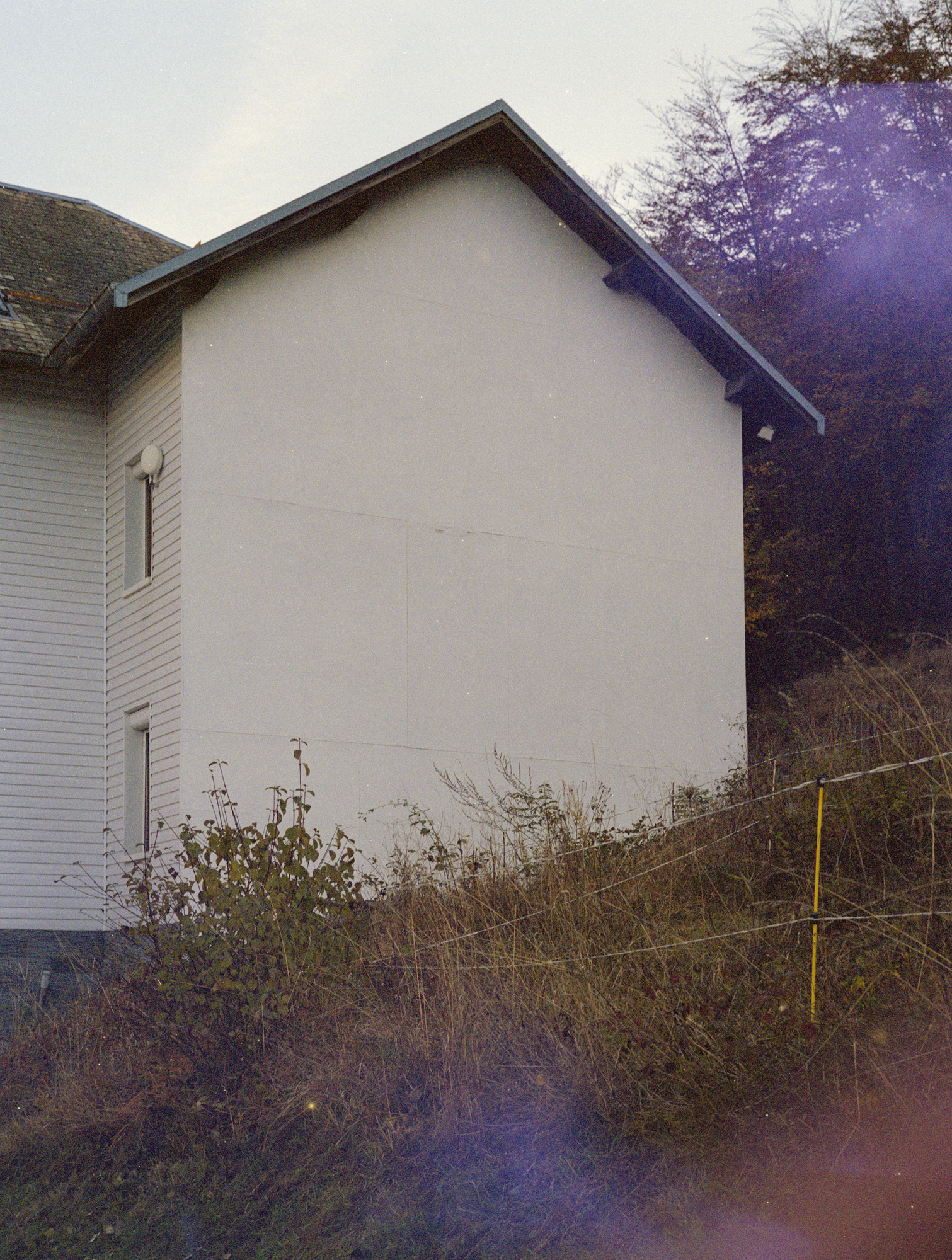 By the time the 1970s and 80s approached, publications about work and industry would begin to shift the viewpoint from the work itself to its effects on the environment and the human subjects found within. Notable examples from the period include Pays Noir by Yves Auquier which examines Belgian and French coal production and its effects on the small towns and villages that surround each plant. The book is somewhat miserable. It shows the effects of coal byproducts with mountainous slag heaps that come to dominate the villages, hemming the citizens in with a perceived dose of fatal lung cancer and alcoholism. Again, this is a takeaway more than something outright illustrated in the case of Pays Noir. Further reflections on the Miner’s Strike in England during the 1980s in England reflect a growing concern about labor and the economy. Chris Killip’s Seacoal, though predating the strike is perfect ambient capture of labor on a small fishing village in England. Joachim Brohm’s rustbelt classic Ohio and his equally brilliant study Ruhr both examine localities that have been impacted by a legacy of mining. Lee Friedlander’s Factory Valleys: Ohio and Pennsylvania published in 1982, the same year as Seacoal finished production also explores themes of labor and economy. 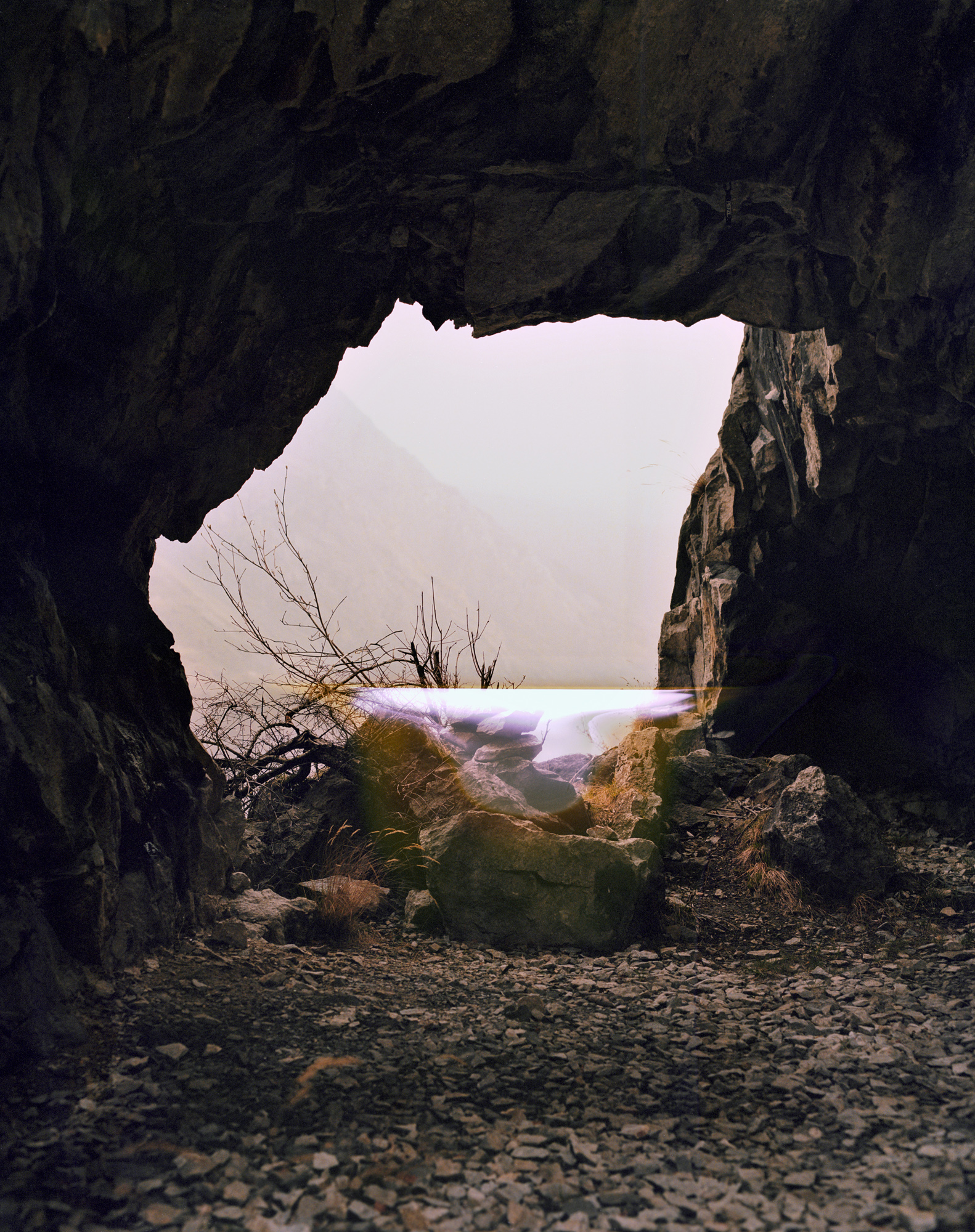 In contemporary motifs, the books Witho Worms’ Cette Montagne, Cést Moi published by FW: Books is a perfect rumination on the aforementioned slag heaps. The artist looks into the past of coal production and assesses its impact on the landscape. The artist gathered carbon from each site to aid in the process of making carbon print photographs for his work, thus enabling and connecting the aura of past labor with his own artistic production. The book itself is a dark and brooding typology of the slag heaps that he photographed. Other artists have begun to examine what is drawing near to an end of coal and steel production due to a lack of resources and the environmental impact of these procedures. Stephan Vanflateran’s Charleroi book is also a point of reference, though I have not examined it yet. Books by Stephen Shore, Mitch Epstein, and Tom Wood have also investigated these themes amongst many others. Questions about climate, green energy, and the shift towards mining other rare minerals such as lithium have changed the discussion surrounding this type of labor. Lisa Barnard’s the Canary and the Hammer published in 2019 by MACK explores gold production and its impact on global communities.  Production and labor are still at the forefront of many concerns. The recent publications of Timm Rautert’s work by Steidl and Alan Sekula’s writing and his book Fish Story by MACK have placed these concerns on the contemporary map. 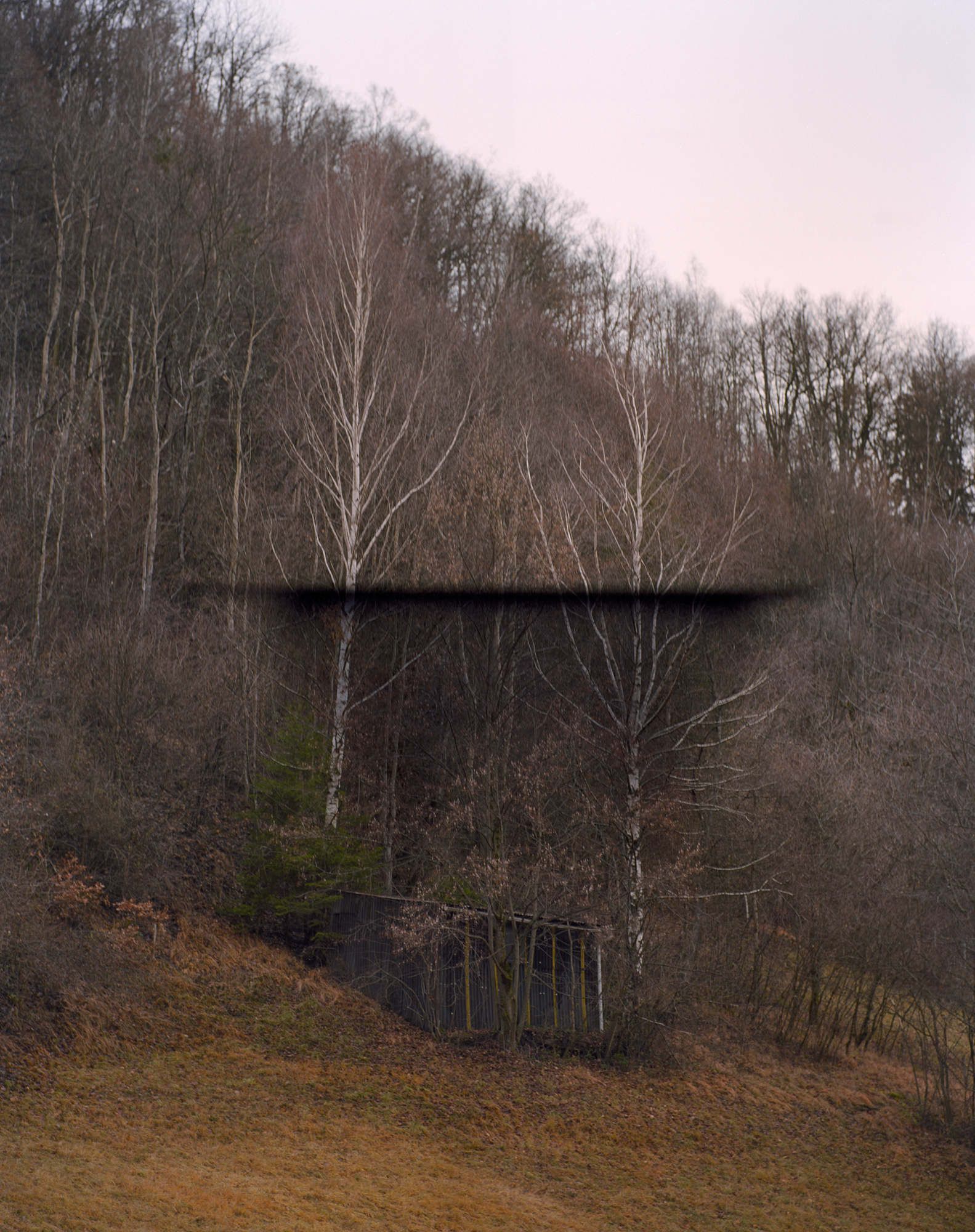 Teo Becher’s Charbon Blanc published by le bec en láir in 2021 also explores these themes through a story about the French mountainside enclave of Maurienne Valley, a location strategically seated historically for the production of aluminum. Becher traces the history of the area through text and through his images which speak to the beauty of the environment, but also its position as an area in economic decline as mines shut and as productivity moves elsewhere. At the heart of Becher’s work are sublime photographs of the mountainous area which betray the natural beauty of the landscape by their muted color and focus on the melancholic. What is implied in the work is an ambient condition, a still echo of the past goings-on in the area once a thriving hub of productivity, now withered and determined towards quiet. There is still beauty and there are still mines to be seen in the images, but the tone of the project is somber and reflective. In many ways, I am reminded of Naoya Hatakeyama’s 1996 book Lime Works as both books work on the basis of a crepuscular sublime. 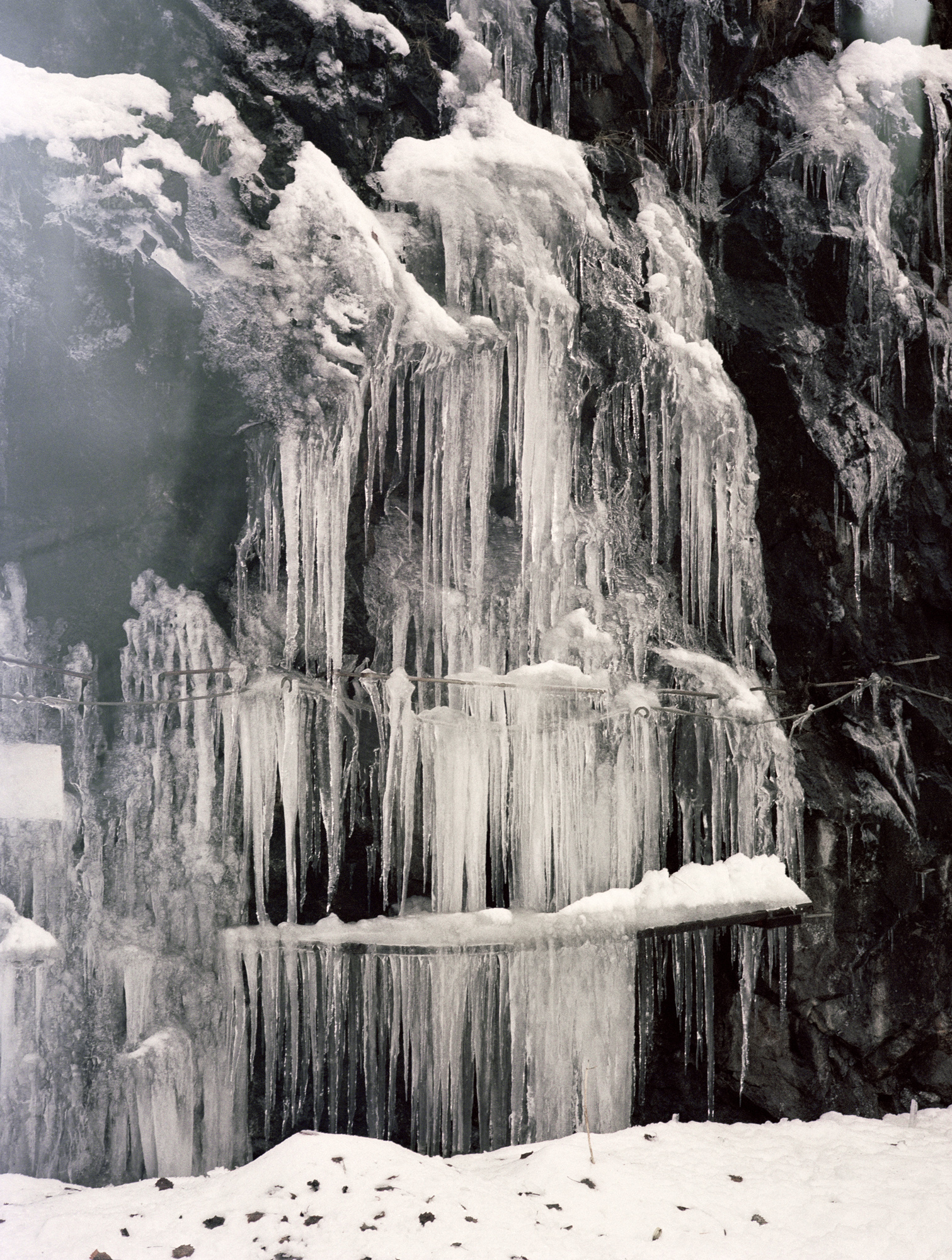 As in the case of Witho Worms, Becher enlists a strategy of aura-charging his images by burying his negatives in the land where they may be in proximity to the natural elements that the book desires to speak about. The second part of the story for Becher is about uranium. As the Maurienne Valley slides into economic slumber, the region has planned the possibility of linking Lyon to Turin through the valley by high-speed train much to the opposition of locals in both locations. The planned train route would cover some 57km of tunnel needed to be cored from regional mountains that have been found to have a large enough amount of uranium deposits to make such an endeavor worrisome for local populations. Becher buries his negatives in this hallowed ground and the result is imperfection. These imperfections which often take on the effects of light leaks are symbolic conditions that reflect the radiation that uranium emits that Louis Becquerel noted when developing an early photographic process in the 1800s when he worked with the uranium element. Becher ties his work and aesthetic both to local and photographic history when he buries his negatives in the valley. It is a smart extra layer of conceptual rigor, like Worms’ use of carbon from the local slag heaps used in the production of his photographs and activated through a new experience of history and labor. 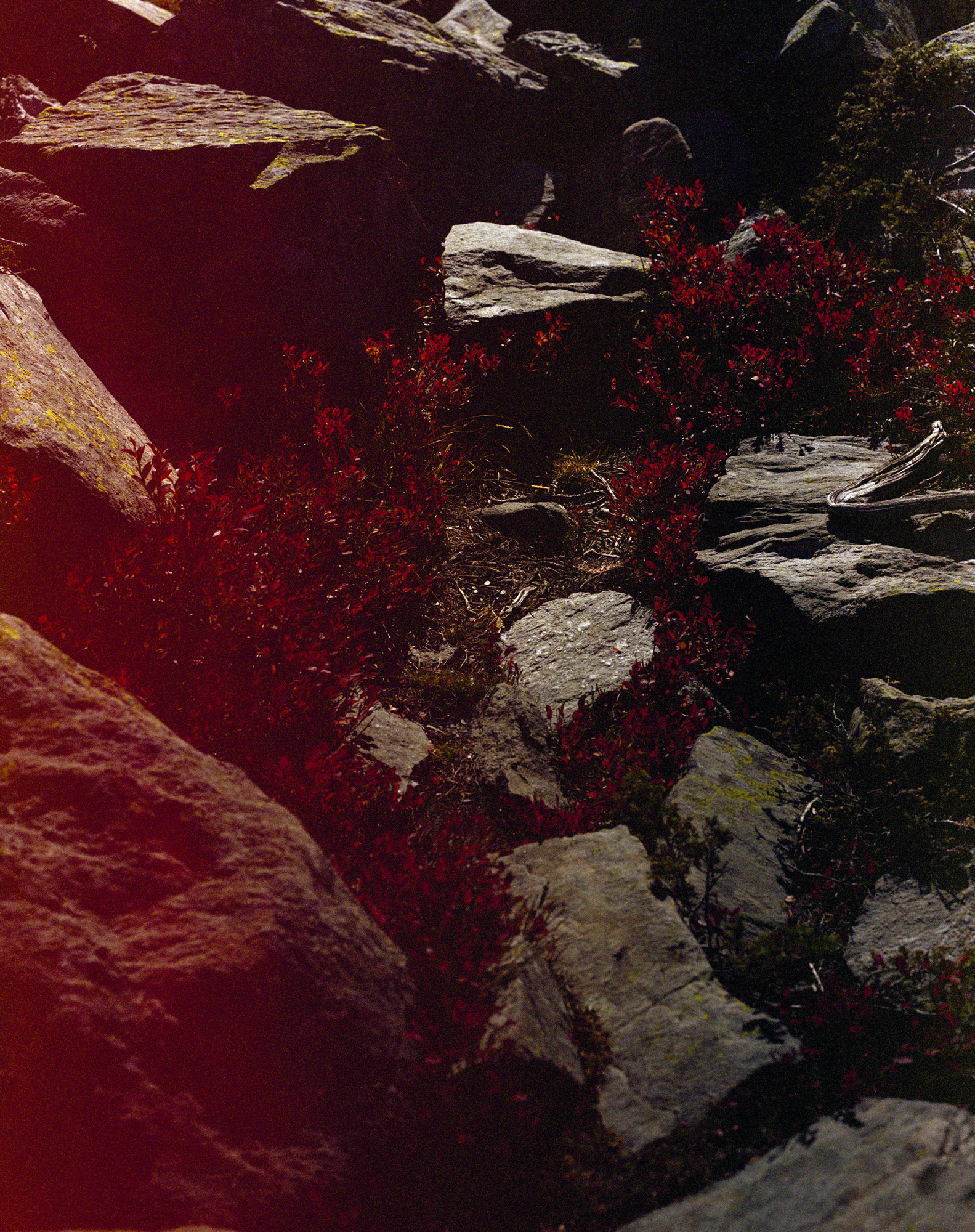 This is Becher’s first book to my knowledge. I had the privilege of speaking with the artist a few years ago when the book was still in production for a class led by noted artist Geert Goiris. I am happy to see younger artists examining the current moment and the effects of post-industrialization and the future of labor as well as ecology. The book is smart and Becher’s images are beautiful even in their dull pulsing aesthetic. This is a book for our times and one cannot do any better than to relate our moment to the process of creativity. Highly Recommended.