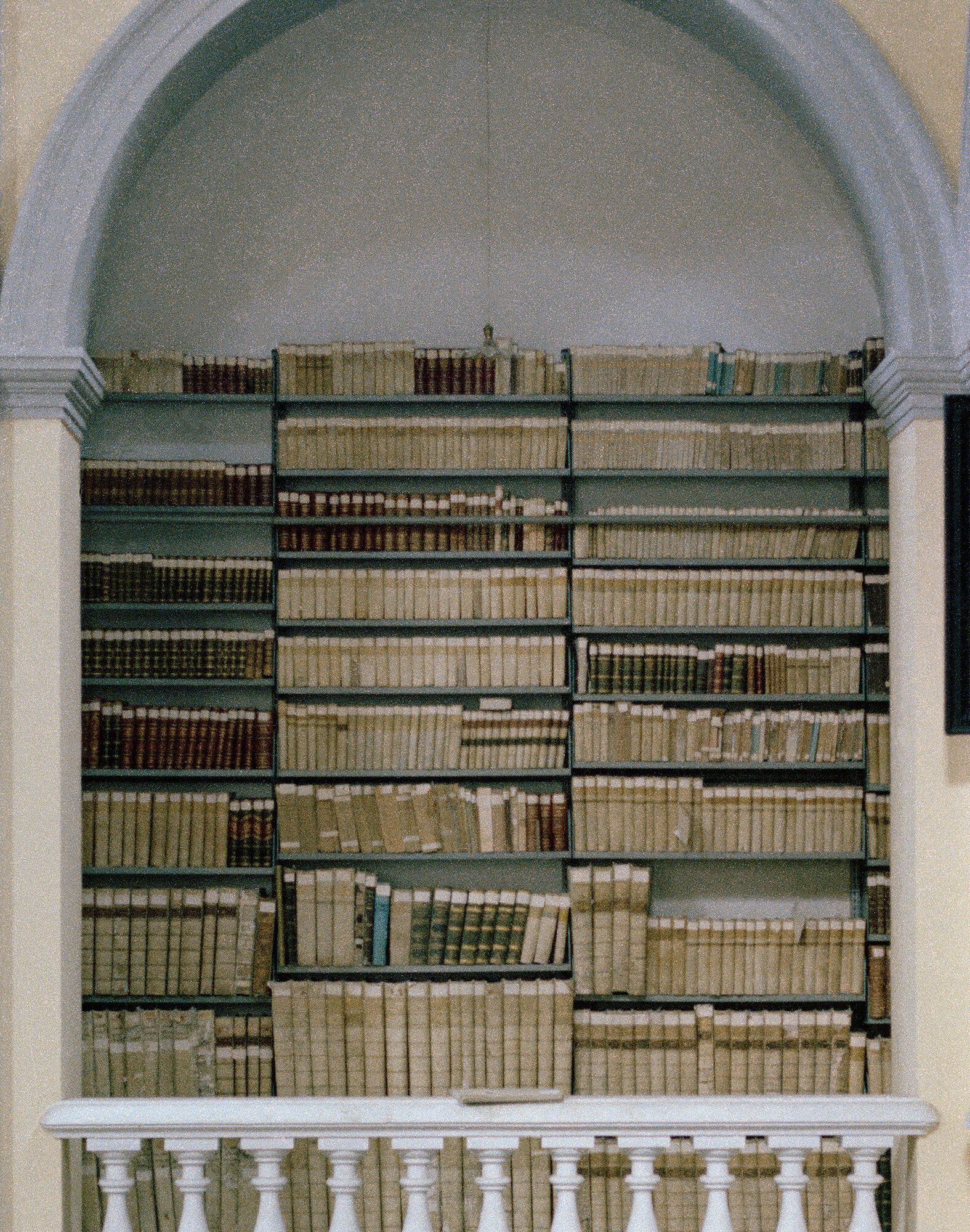 One of the enduring traits found in the photography of Luigi Ghirri is the way in which the artist played with the camera and the optical alignment of photographic images. His quest for optical games, shooting from behind the corner or through the veil as it were created a dialogue in photography that at once necessitated a larger discussion about the medium and its value to society and at once remained as a bastion of photographic innovation and intrigue that amateurs and artists could appreciate equally. One can consult the larger body of Ghirri’s work to find these optical games being played out from his cardboard landscapes to his more nuanced images that explore postcards and ponder openly about what we consider as advertising or stock photography, re-photography, and appropriation. In his Kodachromes book published first in 1978, then re-published by MACK in 2012, one can see the artist interrogating consumerism, leisure, and photography itself through images of his native Italy in beautiful color Kodachrome images. They are deceptively alluring on the surface with their bright saturated hues and their misleading preoccupation with travel, the exotic, and leisure. What lies underneath the imagery is a larger rumination about how the photographic image functions on the psyche of society. Ghirri playfully questioned more than he lectured. He left the beguiling burden of socioeconomic photographic punditry to Allan Sekula. 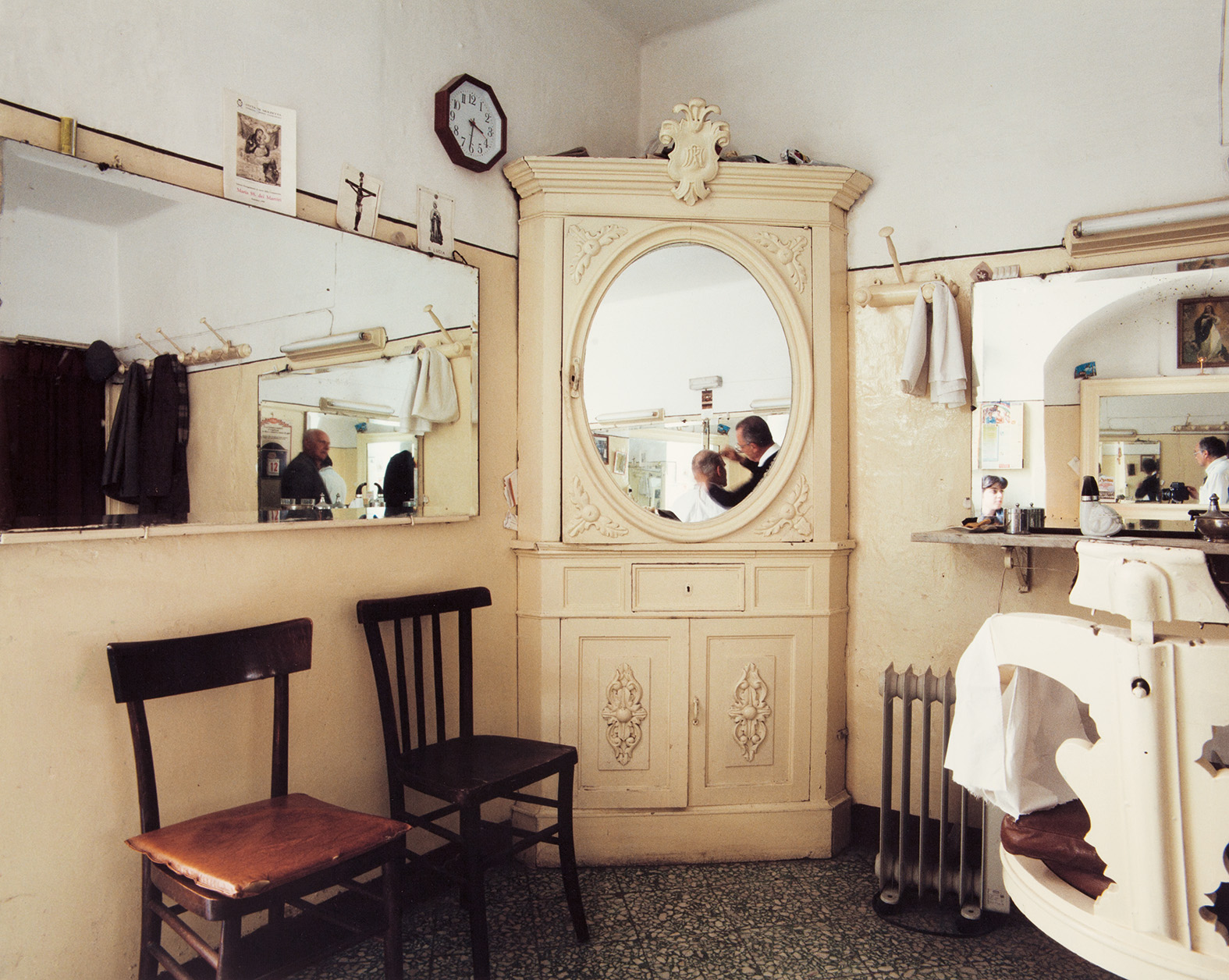 Ghirri’s insistence on thinking through the way in which photography affects us from its ever-present position in our landscape was and still is incredibly prescient as we wade into a society in which images and screens via social media and the consumer landscape permeate our daily lives to an unparalleled degree. Ghirri’s motivations to see similar images and playfully interpret and demarcate their presence on our landscape then re-send them back to us through his inculcating use of lush and colorful imagery was a way in which to transmute the larger discussion surrounding photographs and their value and place in society. Ghirri was never naive. Ghirri was a gifted thinker whose texts about the making and the reception of images, Luigi Ghirri The Complete Essays published by MACK in 2016 remains one of the crucial texts about photography from a gifted practitioner. Often with texts of this nature, where the writer is also an artist, or the artist is also a writer, one part of their practice overcompensates for the other leaving an imbalance in one portion of the effort. This leads to some questions as to the credulity espoused between text and image and whether or not the argument either visual or textual holds enough water to be read as believable in tandem. It is not worth citing an example here as it is a political question. In the case of Ghirri, these two points of production meet equally and to a high order directly in the middle making the work and conversation accessible and wide-reaching, something that is sadly lacking in texts that stem from the over-intellectualization of academic spheres of writing begging the question as to what is the most effective means to distribute these concerns around the production of images to a broader public. 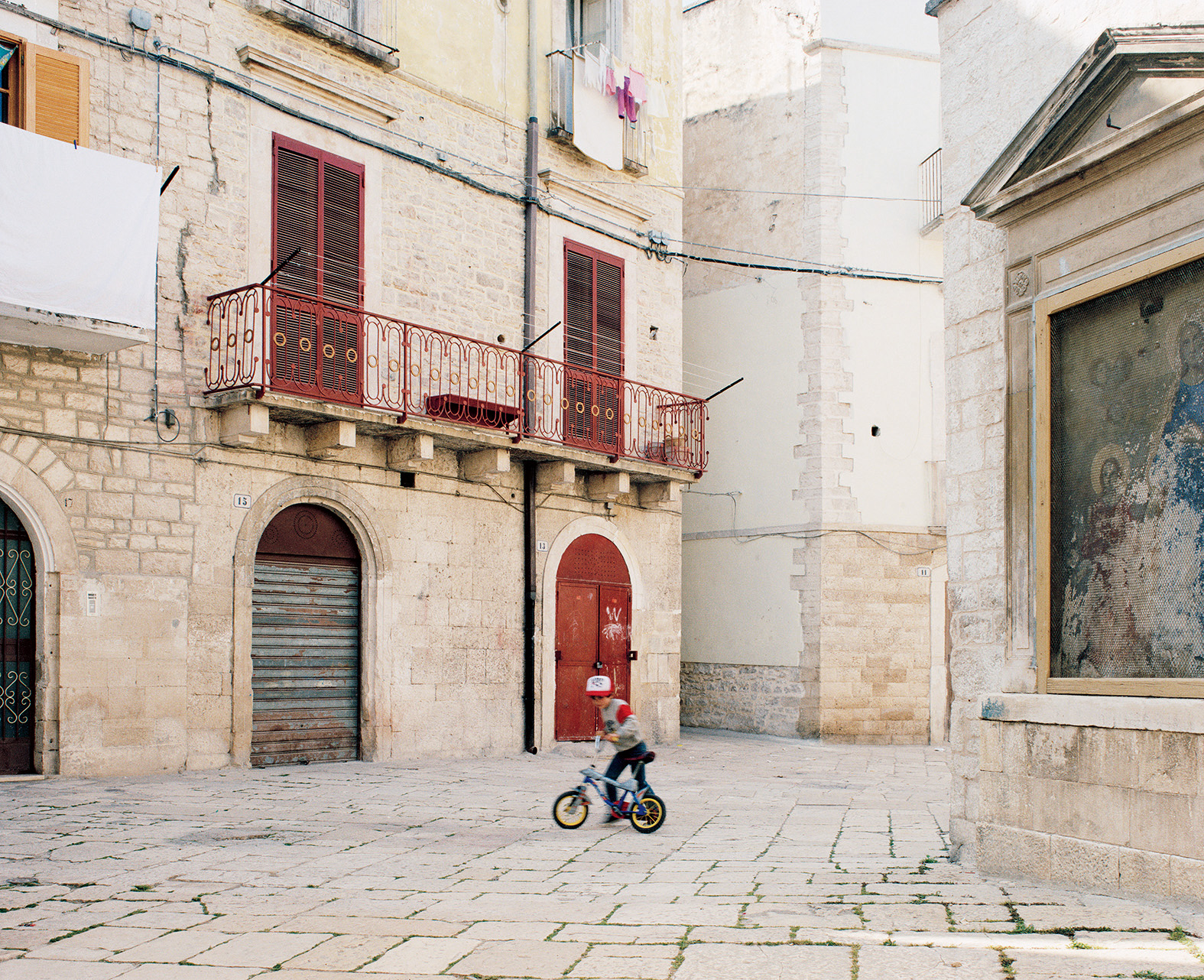 Ghirri’s work in general terms is multi-faceted. Though he did concentrate on larger conceptual and intellectual issues surrounding the production of imagery, he also found pleasure in the act of seeing his native Italy without extraneous discussions attached. His focus on architecture and the Italian landscape inform his practice at large. Many of the images are uncomplicated by parallel discussions on the topic of images and rely on their sense of place to carry their gravity to the viewer. When I look at Ghirri’s landscape work, often wide-open and green, I am transported, if temporarily to Italy itself. I am reminded of weather, pebbled stone, olive groves, and marble. The skies are azure and they invoke the peninsular effect of an Italy’s condition leveraged between pleasurable bodies of water. In Ghirri’s work, I feel a genuine adoration for Italy the land, and Italy the people. In some strange way, I feel as though he is speaking about Italian history. When I say history, I do not mean the epic imperial legend of Rome, nor the Renaissance painters or patrons, but rather the common people who have walked the land and streets. I see this through his observations of how trees have been planted along the walls of villas and the marble found on the walkable and seemingly quiet streets of Puglia. The worn stone is indicative of the many feet that trample their surface over centuries. From bare feet and leather soles to Ermenegildo Zegna, the stone is thus pounded by the everyday wear and everyday people. 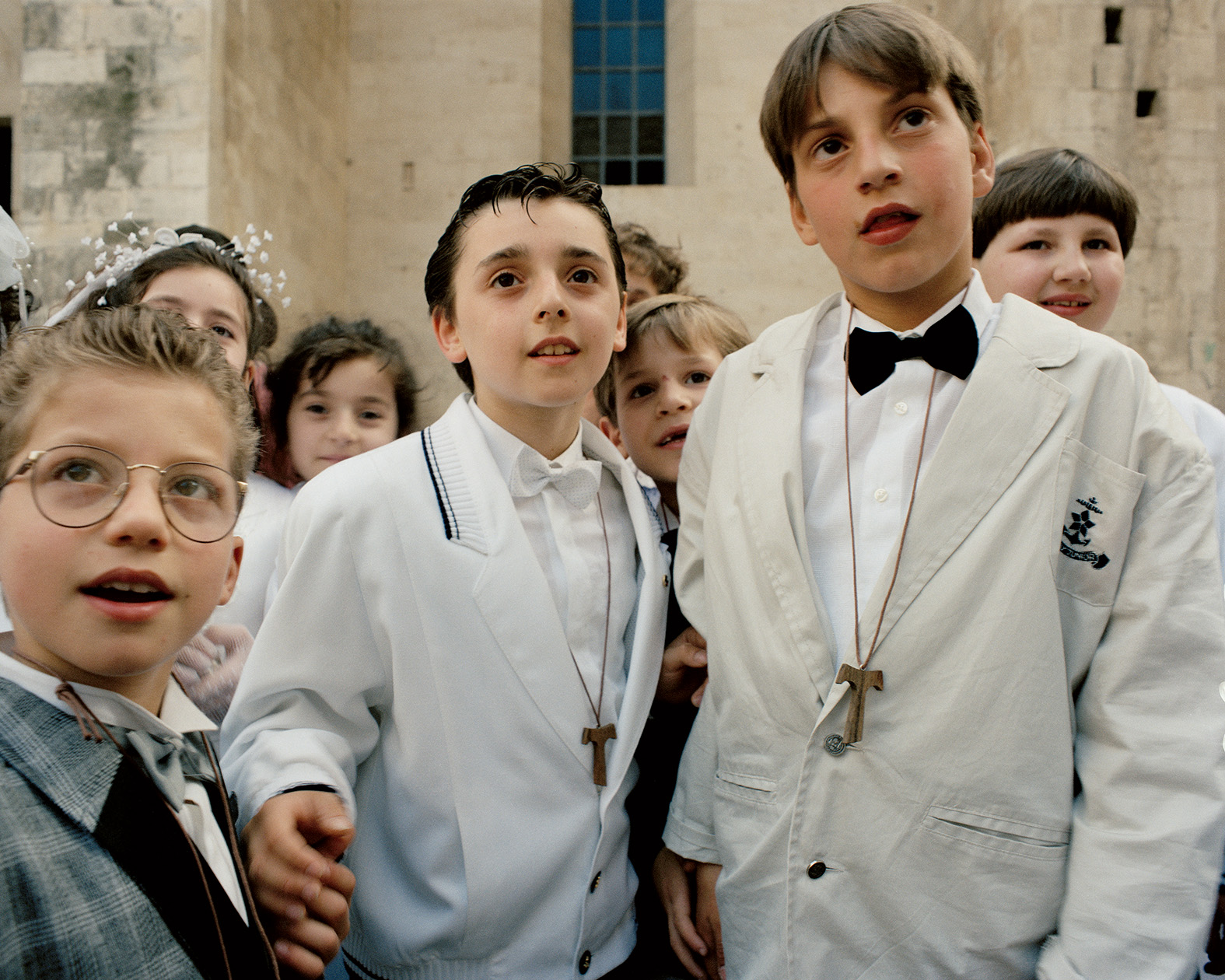 Ghirri’s book Puglia.Tra albe e tramonti (MACK, 2022) is a prime exercise of Ghirri’s photographic dominion over his beloved Italy and its people. Though their presence is often sparse throughout the book, peppered in at smart sequential intervals, the effect, evinced mostly through the images of children shows a deep love and appreciation for place and being Italian. Who can blame him? Italy is an incredible country, rich with tradition, fraternity, and family life. You can nearly hear the clacking of child gang feet as they chase a ball reverberating from the cold stone of the homes. And then it is silent. The fruit vendors’ pall of rolled cigarette smoke hangs stale and unmoving in the air as golden sunlight oozes down the corridor of alleyways and a sympathetic church bell chimes in the not-so-distant neighborhood reminding the vendor that shutters must be drawn, hands washed, and to be headed homeward bound. Though the scene that I have painted is saccharine to the point of burgeoning nausea for some, it is important to consider the quiet and stillness in many of the photographs found in the book as an offset to the soles of the children’s feet as implicit in the 227 photographs found within. The simple pleasure of looking at quiet is not to be undervalued in a time obsessed with the rancor of incessant movement. 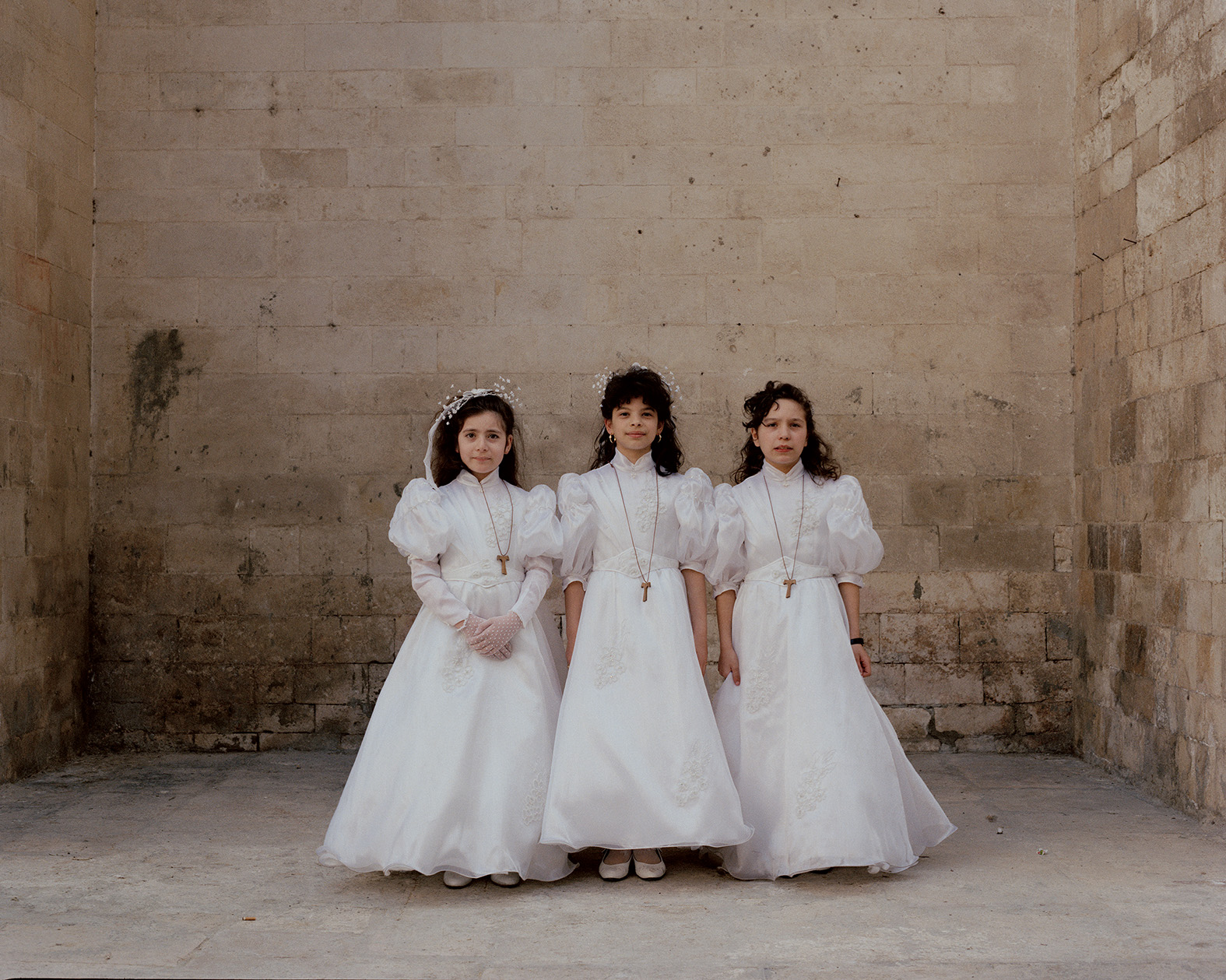 In terms of design, the book is well-crafted as an object as well as being a smart archival dip into Ghirri’s available material. The Feeling of quiet can be felt throughout the work and I feel in some ways that the first half of the book could have just as easily been called the White Album. The color palette of the pictures selected is purposefully kept neutral save for the odd photograph of a red door or two. Fleshy Pantone hues and the presiding use of white heavy images refer to the stone of Puglia and by extension its people, their labor, and dwellings. The sequence, therefore, remains constant no matter who or what enters the frame in the first half aided by Ghirri’s natural tendency toward a few images of green flora. This leads the book’s first half to engage with its audience in a shared and relaxed condition. It is a contemplative selection of Ghirri’s work. 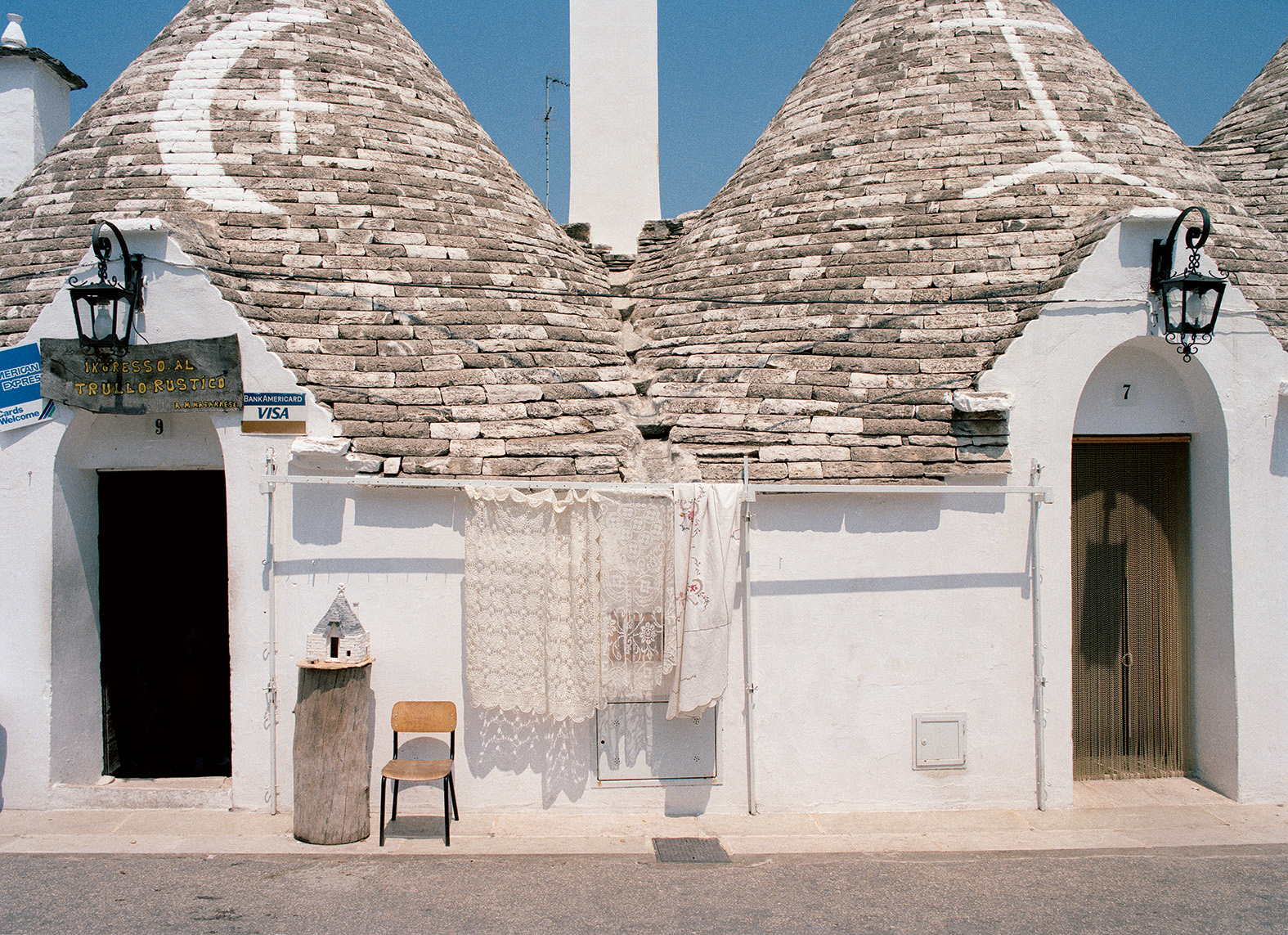 The second half of the book concentrates more on the color blue and the seaside itself. We move from the inner streets of Puglia to the charms of its waters, spending some evenings very close to the murmur of the sea. The second half presents the other side of the city, but never goes so far as to punctuate the schema of the book in an uneven or loud manner, but you can certainly feel the change from marble street to a rocky coastal enclave. I would also mention that the cover wrap itself, giving the appearance of a fleshy butcher’s paper is a great addition to the book. This is a great example of Mack’s Morgan Crowcroft-Brown thinking very critically about material and tactility. It reminds the viewer of the erosion over time. The texture of the cover is reminiscent of sand, but also the stone facades of villas and many of the architectural fragments found within the photographs and it reminds me of the essential nature of our time here on earth and the act of photography itself. You do not have to be a Ghirri enthusiast to enjoy this book. It exceeds the author’s own monolithic status in many ways and offers more insight into the work of a true master. I highly recommend this book for the peace of mind that it offers alone.