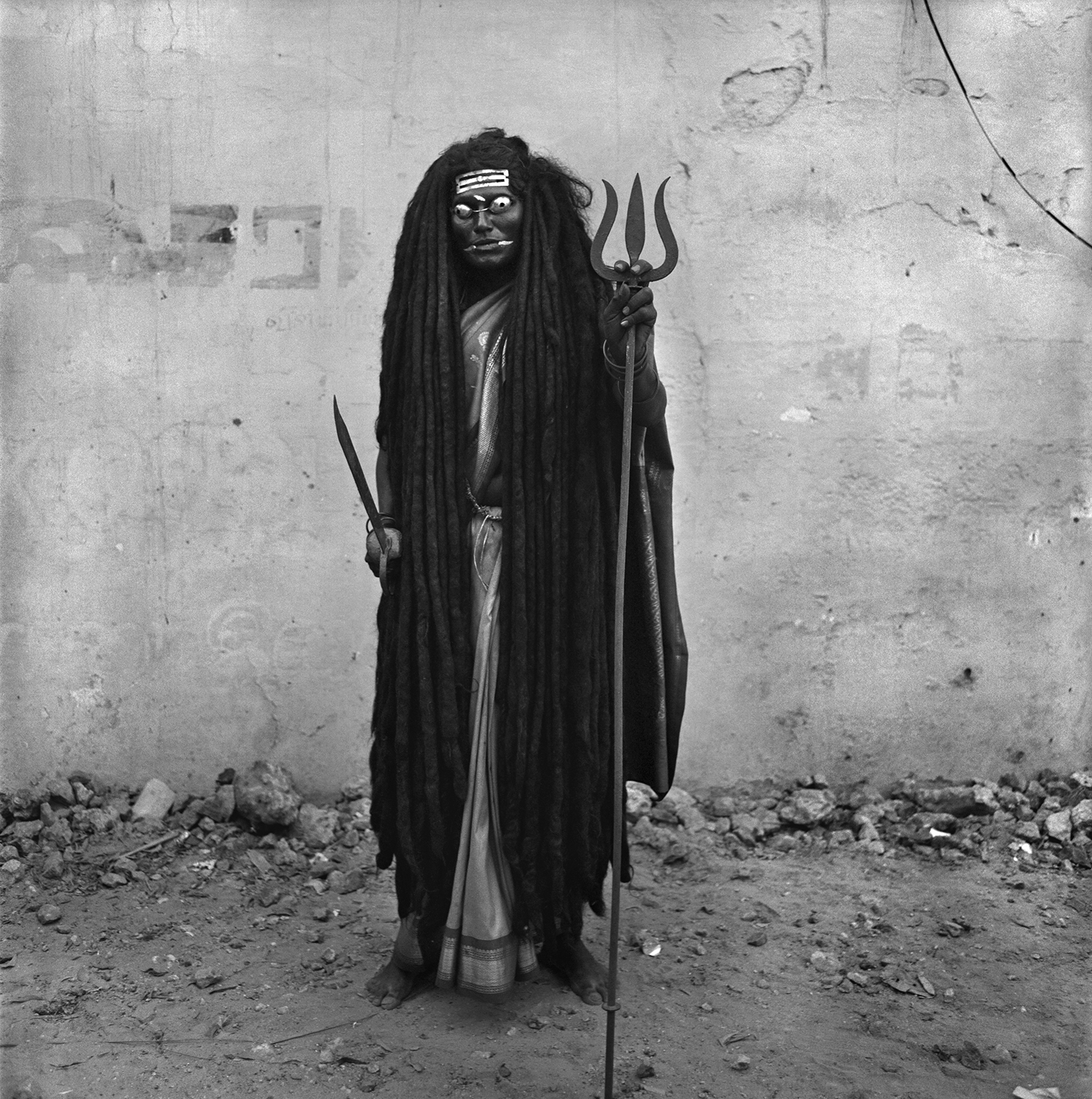 Photography has a long history of documenting performances and rituals. The two terms, though separate are inexorably linked when they cross the path of divinity in all of its forms, invocations, and variations. From Christianity to the most abject forms of its antithesis, photography has always been instrumental in the documentation of rituals, the protagonists involved are performers in a wider and more unrelenting form of spiritual endeavor. The camera, when documenting such events is asked simultaneously to record, but also to be the machine in which a form of spiritual propaganda is manufactured. We believe when we see. The camera is the perfect Doubting Thomas of our industrialized culture, though we go to great lengths to diminish its claims on reality. Perhaps its use in spiritual matters best defines its objectives. We see, but we do not entirely rely on our theoretical selves to believe the photograph that it produces to be true or absolute. We believe it to be a condition of something extraterrestrial and obtuse, something too great to be understood by its mere prophylactic illustrations. 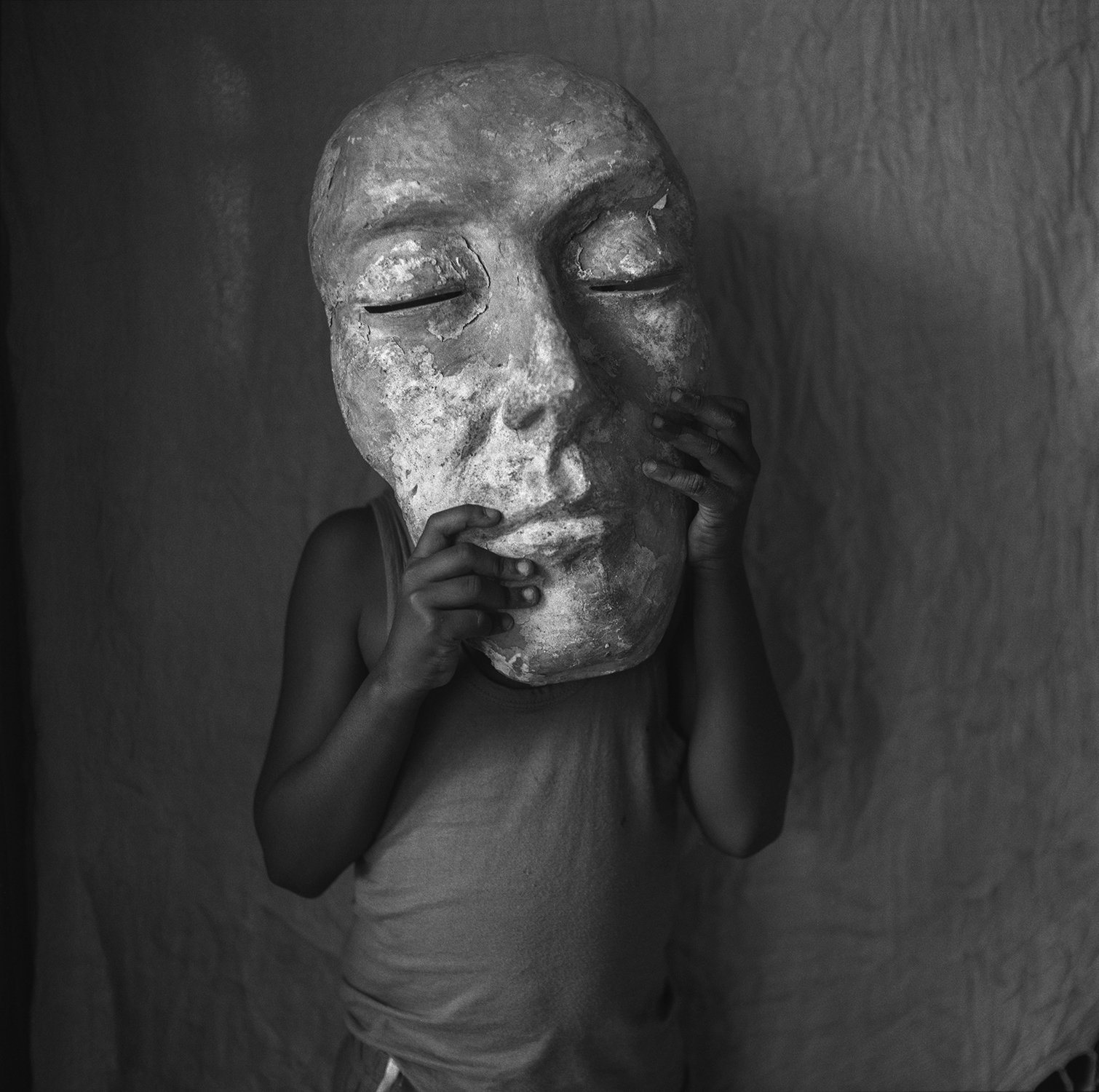 From the very first notions of photography as a possibility, and arguably the link between what a photograph is and what is photographic needs to be explored more at length, photographic thinking has largely willed itself into existence as a need to fix that which is fleeting, that which is soluble in a manner that we may study, understand and transmit its cultures and the subjects within. In a recent series of Instagram comments, David Campany and Christian Widmer discuss the idea of proto-photography and the connection to belief systems existing as early as the Shroud of Turin’s manufacture (which was much later than Christ’s life it turns out)

Christian Widmer: “Proto-photography. Was the First Photograph of the Shroud of Turin? Carbon dating places the Shroud’s origins somewhere between AD 1250 and 1390, long after the possibility of divine origin (sorry Christians). Art historian Nicholas Allen posits that the linen sheet artifact was made in the medieval period using photographic techniques. If this proves true “it would necessitate a complete reappraisal of the history of photography as we know it.” Geoffrey Batchen tells us the DESIRE for photography long predates its “invention” in the nineteenth century. David Levi Strauss extends that idea in his fascinating little book from 2020, “Photography and Belief”: “It might be said by the time that Niépce, Daguerre, and Talbot made their breakthrough technical discoveries in the nineteenth century, BELIEF in photography had already been around for millennia.”

David Campany: “Even if it was dated AD 32 it still wouldn’t constitute proof that it was the shroud of Jesus of Nazareth, or that he was who he claimed to be, or that a god exists (sorry Christians). The realms of evidence and superstition are mutually exclusive. What Nicholas Allen posits is fascinating though. We can be pretty sure, given that optics and photosensitivity had been known for so long, that the date of ‘origin’ for photography will continue to be pushed back further and further.” 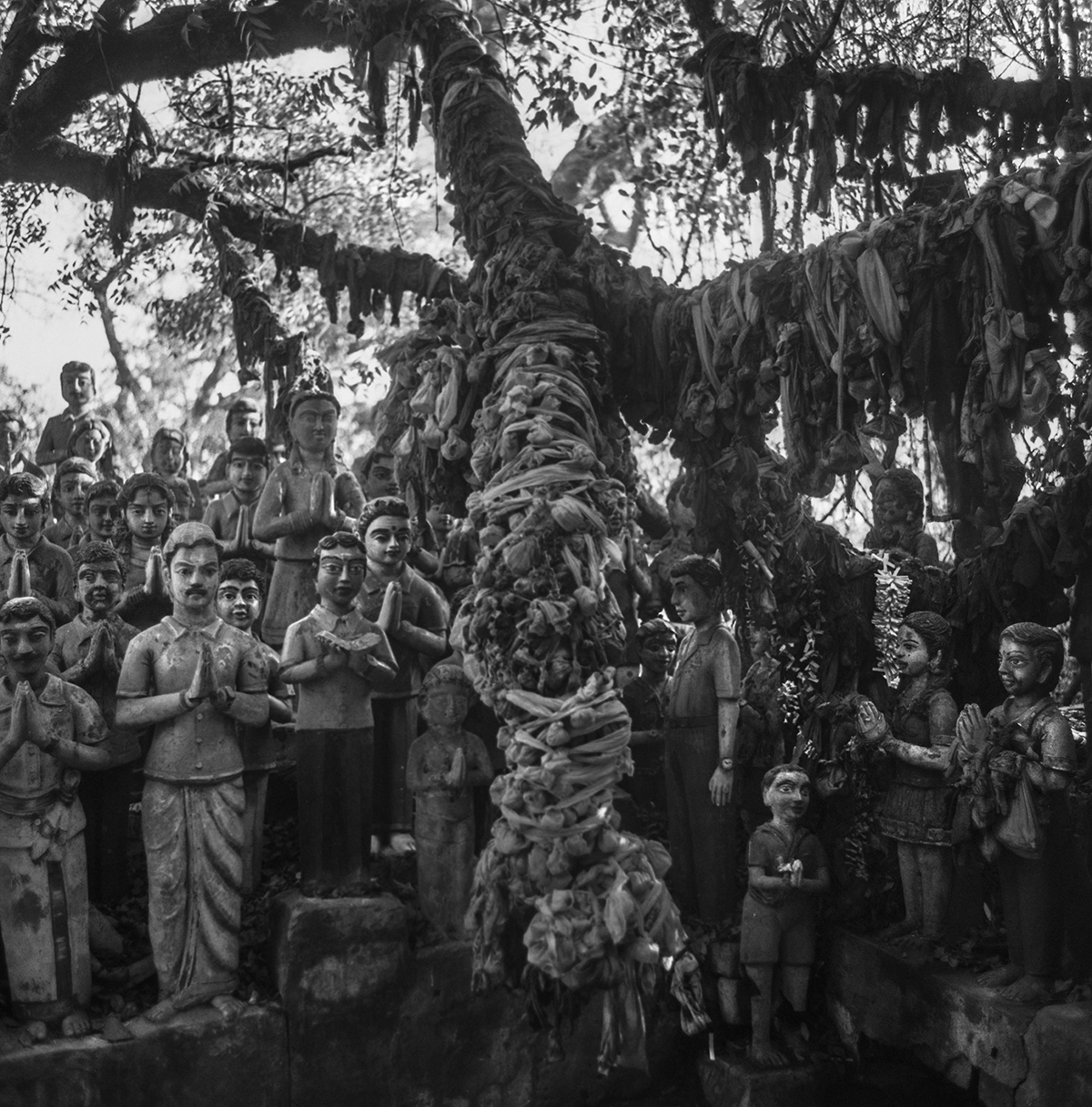 This exchange exemplifies the natural synthesis in trying to “see” that which would normally remain unseen or even mystical. And in seeing, through the fixity of the photographic image or its chemical compounds, the unseen image of the face of God would be enshrined for posterity so that others may avoid uncertainty for that of the tangible image-object to refer to in which they may confirm and re-confirm their beliefs while spinning through the vast and nebulous reaches of the expanding universe. In absolute conflation, photography represents a technical tool that since its beginning has sought to document the fleeting, the unseen, and the spiritual, and yet, photography itself is held largely with distrust, with a rank disadvantage to producing results that its audience deems as lacking artistic application first and round credibility second. What is important is that this schism of belief in images continues in the realms of the spiritual. Every photograph of ectoplasm or Marian apparition raises more doubt than it calcified belief and doubt and redemption of the unseen are at the very crux of the religious and spiritual arrangements. Photography in many ways, through its inability to claim belief, exemplifies its very nature. 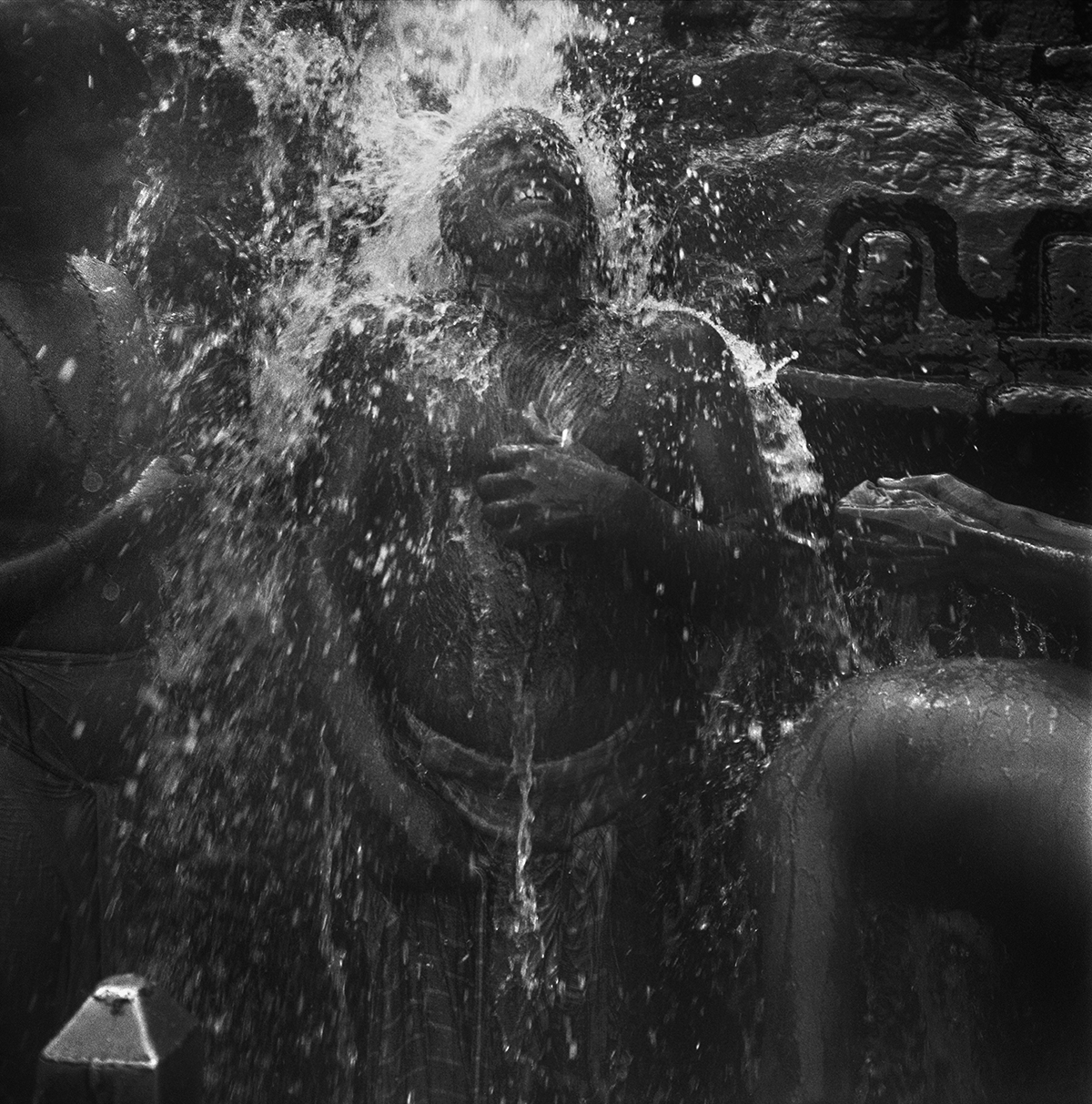 So it is no surprise that artists continue to interrogate the medium and spiritual matters and that they find the business of rendering the ungovernable image of belief continuously. Yannick Cormier’s excellent Dravidian Catharsis (Editions Le Mulet, 2021) is a perfect example of an artist looking to examine belief systems through the physical instruments of its nature-namely the humans who perform the function of ritual devotees thus turning belief from canon to approximation in their performative worship. Cormier has spent nearly two decades between his native France and Tamil Nadu, Southern India where he has photographed native ceremonies, rituals, and worship that defy the organized forms of religious worship instead wishing to concentrate on the primordial visual elements of belief in which ritual and performance of the spiritual are unabatedly left to more arcane devices such as masks and sacrifice, and in doing so are seen as potent concentrations of spiritual performance that elude the polished versions of more polite variations of Hinduism. The work is chaotic, hallucinatory, and transcendental. Cormier’s focus on the ritual elements is interspersed with more sanguine portraits which bring the world of ritual and belief to the level of the human instrument. The portraits are sensitive and offset the performative role of worship. 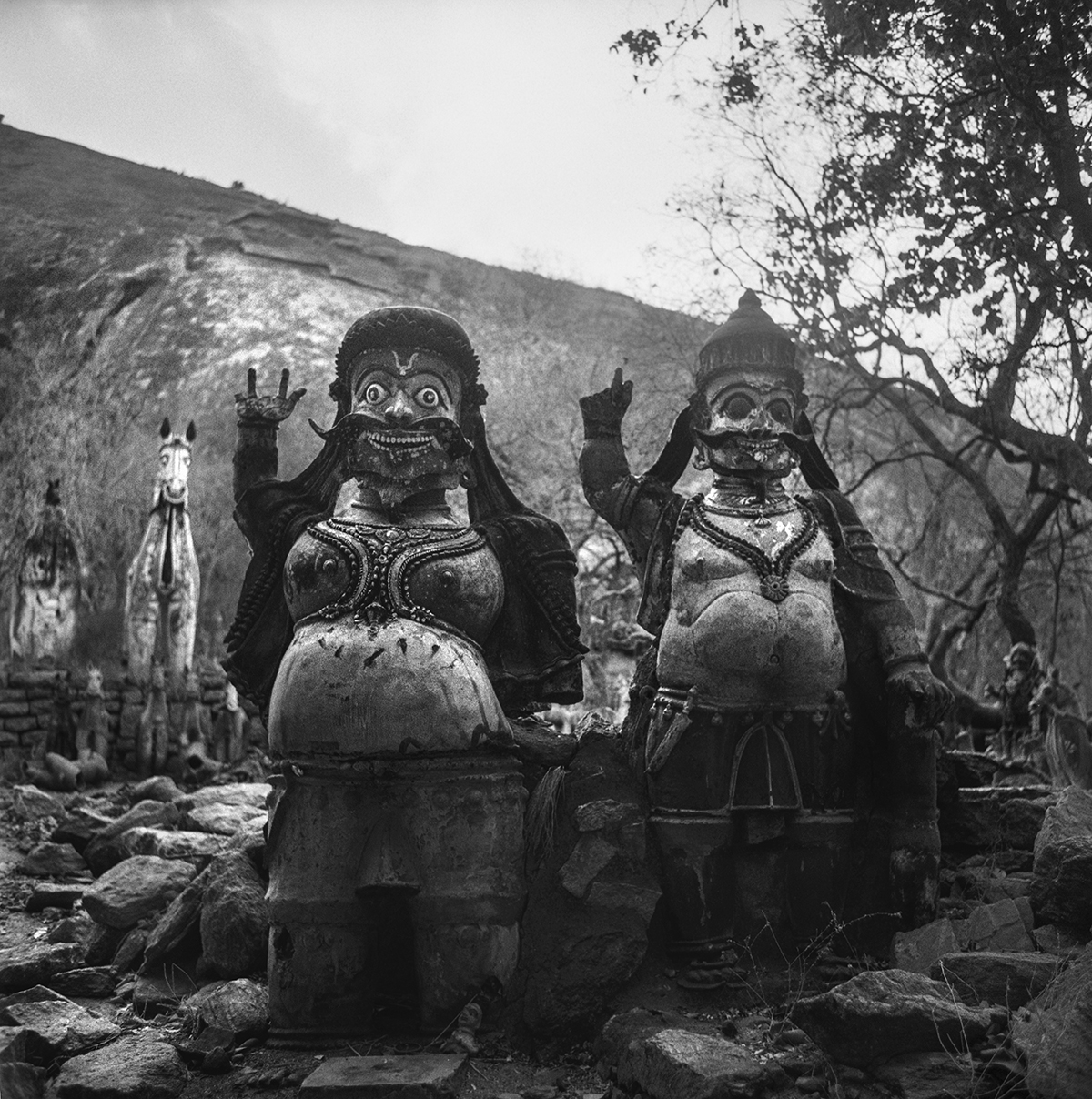 Of course, in 2022, it is impossible not to speak on the role of ethnography in such projects as Cormier is certainly not a native to these rituals and customs that he documents. I am less apprehensive about the nature of these discussions in Cormier’s work as much as the discussion regarding the work of Charles Fréger has never struck me as exploitative either. It is true, that Cormier is and will always be an outsider, no matter how many friends he has there or how innate his understanding of the rituals is. Does this suggest that he should not photograph the Tamil people during their worship? Not at all. I believe that Cormier is well-aware of the difficulties of photographing in a foreign environment to his own. I believe, as evinced through the text in the book and his general commentary on its release that he is aware of these concerns and that he considers his position as an outsider, which actually begs him to employ more sensitivity in making these images work in order to justify their production. He is acutely aware of the concept of exploitation and navigates the terrain to the best of his ability to avoid it. 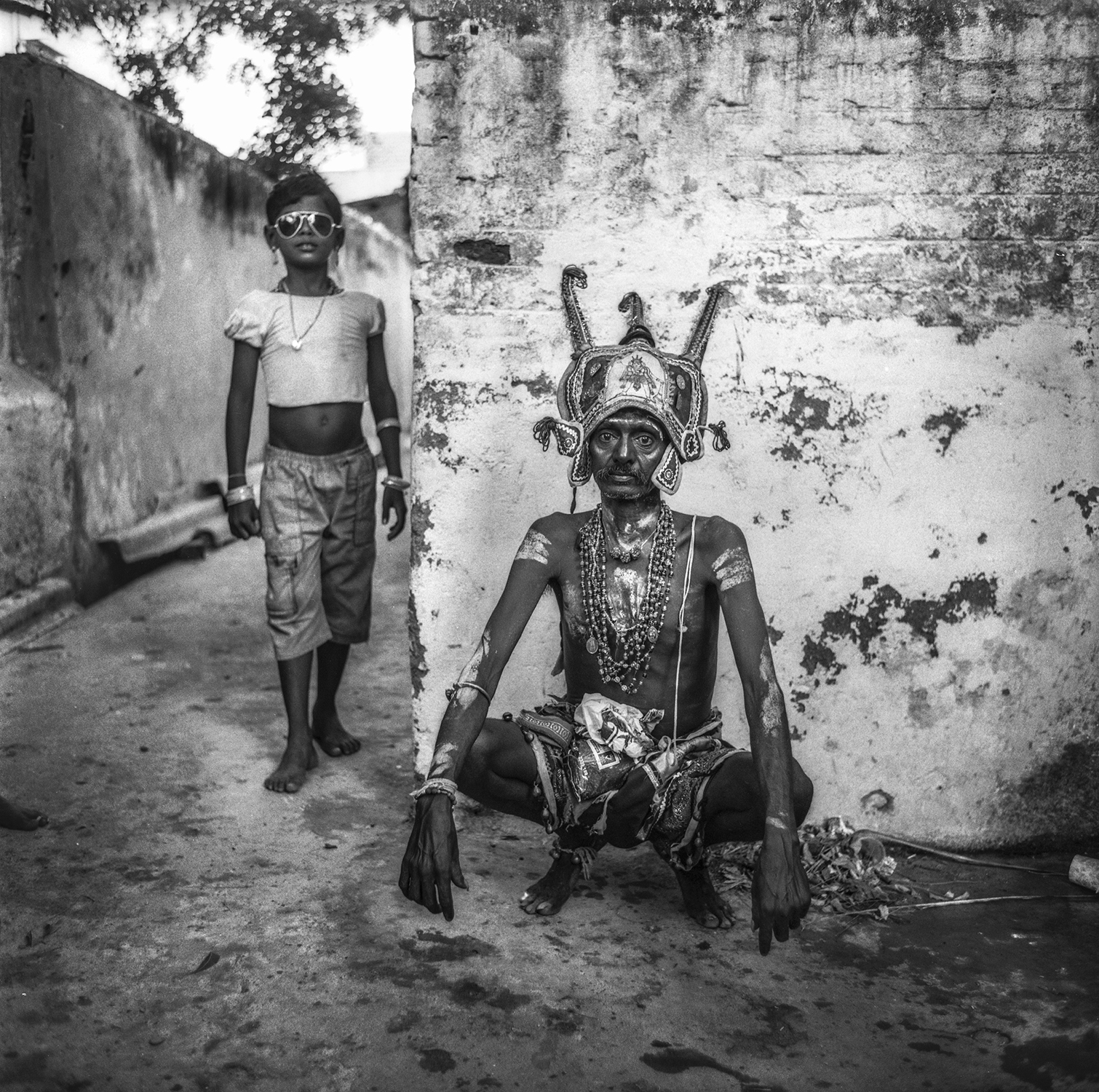 Ritual and spiritual worship have at their very heart a reliance on spectacle. That is implicit in the action of ritual. To suggest that it is possible to avoid this is impossible and the argument against such an experience is going to be hard to parse out. In the work of Cormier, these discussions are implicit and the artist has gone the distance in explaining the work with these fundamental approaches in mind. He has been accepted by the community over time to make the work. The community itself is fine with the images, therefore, the real question is who is to be offended at the sake of whose image? I highly recommend the book for the challenging discussions and the quite spectacular images that Cormier has made.