Christine Gössler exists in my mind, or rather the photographs of her, as the eternal notion of elegy in the photographic medium. Whereas she does not haunt my own memories, I feel the burden and the weight of her portraits through the images shot and books made by her husband Seiichi Furuya. When I suggest burden, perhaps it is not the correct word as the images for all intents and purposes are incredibly important to me though I never met her or Seiichi. The melancholic set of circumstances that describe their distribution offer a profound sense of lament. It is that they lie quite heavily on the chest as it were, the burden is perhaps what can only be described as an empathy for the human condition fostered by loss, sadness, and grief mixed with the joy of knowing someone out there loved deeply. 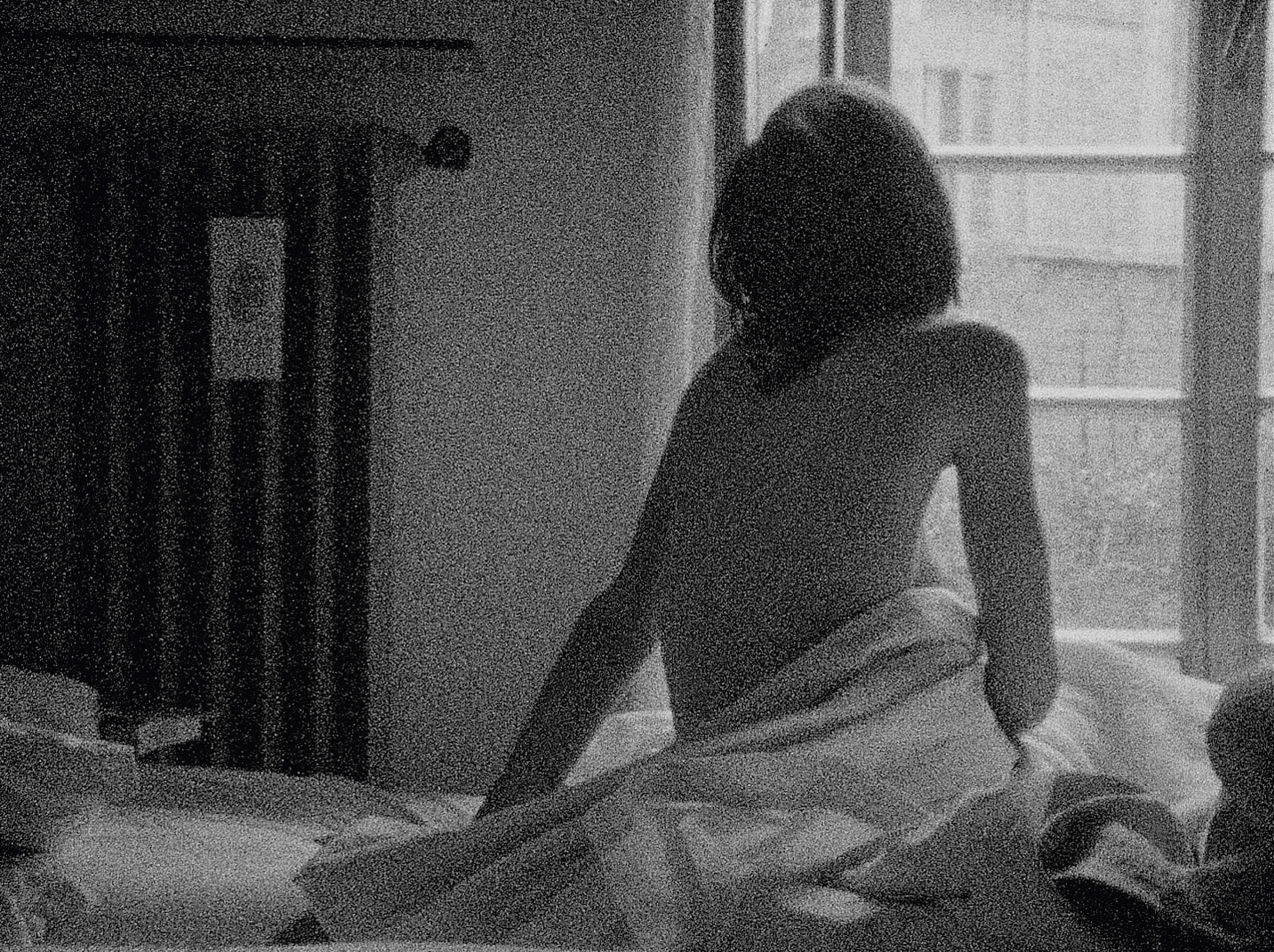 The mythical value of Christine, her passing, and the relationship that she tenured with her family that played out in front of Seiichi’s lens is monumental. One can easily reconcile a feeling of personal loss when they thumb through any of Seiichi’s books. It is hard not to feel the void or absence of Christine when you see her photograph. Furuya’s enduring testament to his wife is perhaps one of the most consequential bodies of work in the history of the medium. Its value lies in the direct transmission of memory and loss. One does not have to be privy to the mechanics of the couple’s relationship to understand the implicit adoration in the frames and the crushing weight of the circumstances surrounding their ending. 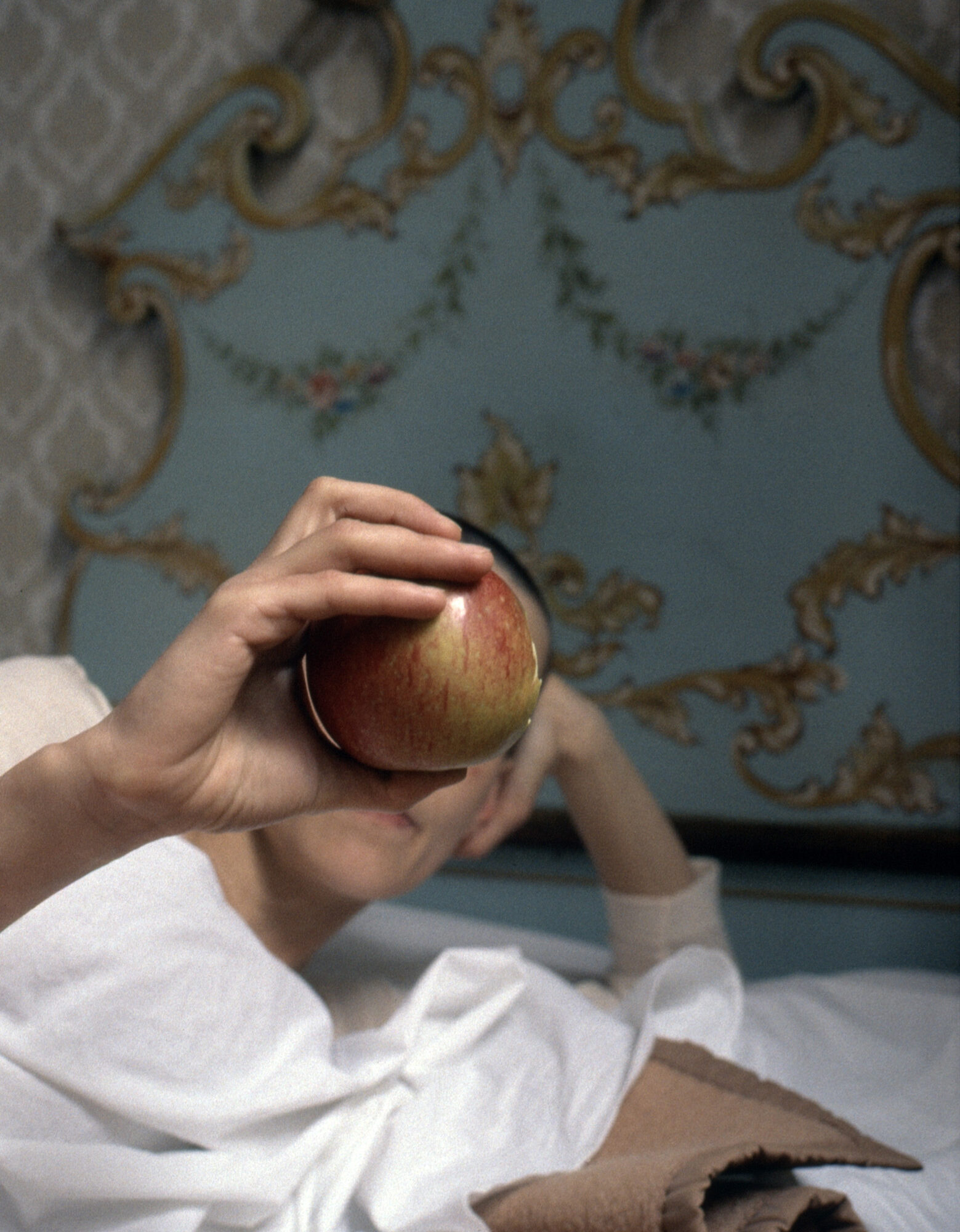 For anyone that has undergone a tragic and profound event of the loss of someone close, the act of going through photographs can be painful. Photographs mark our time together on earth and yet, their stillness makes it difficult to reconcile the act of memory with the still images in the hand, on the album page, or on the screen. The photograph feels at once familiar and distant as if you can almost hear the water lapping against the edge of the shore in the background or the soft rustle of browning autumn leaves as they fall to the crispy morning grass on a late October day and yet, the photograph will not move, it remains fixed, poised, and without a return of sentiment. You may dance with people in film, but a photograph compels you to lie with it or sit in silence in its presence. This schism between memory and the photograph creates an uncanny dialogue with the viewer and often enlists the act of memory into complicated forms in which relief only meets the mourner halfway, existing in a state of perpetual loss that feels obligatory in the presence of a photograph of the departed. Photographs can be a burden and yet they are the first things we claim stake in the event of a fire. 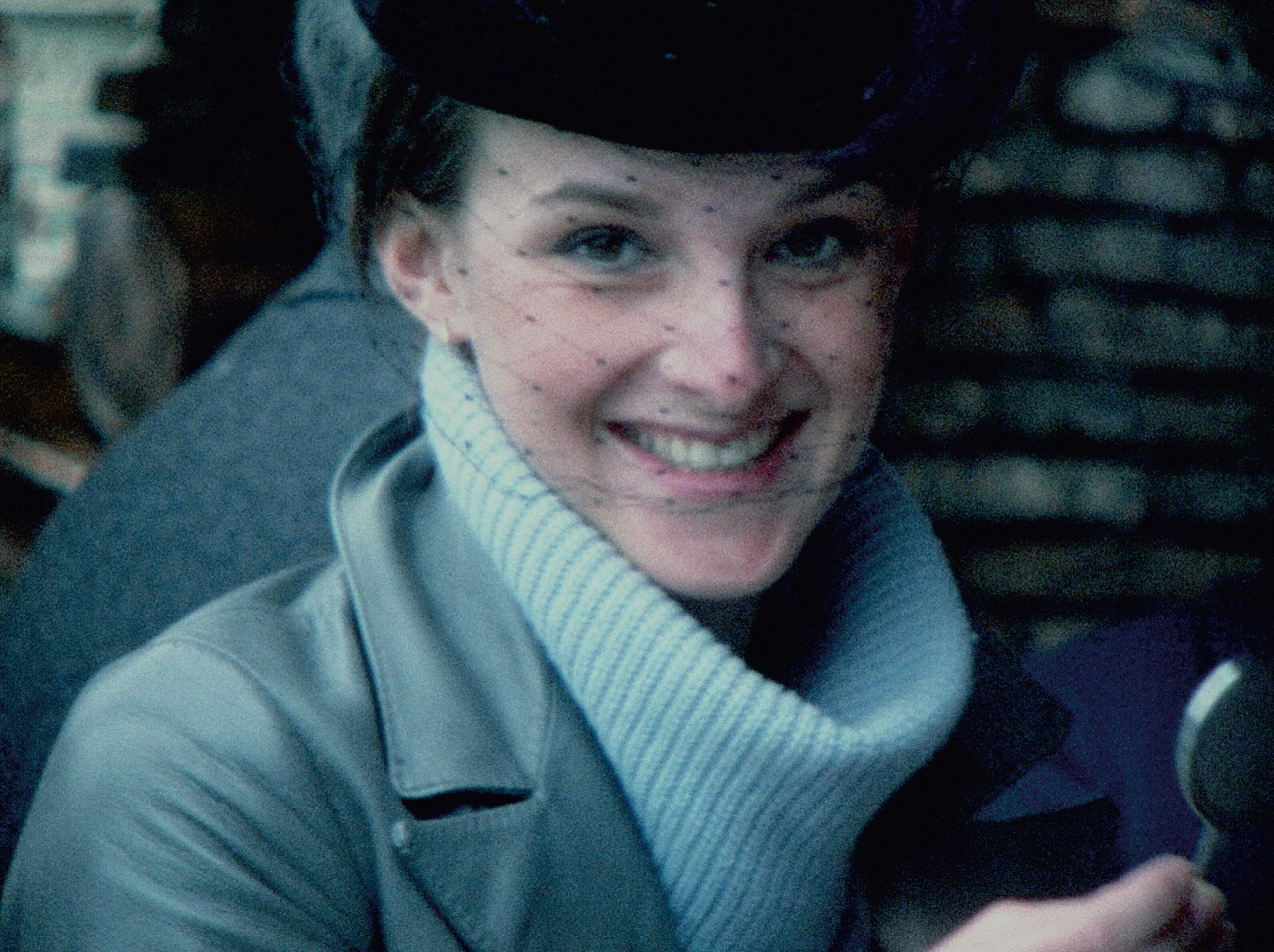 Seiichi Furya and Christine Gössler’s relationship is not one that can be easily inferred through photographs alone, and certainly not by an outsider. The internal dynamics of a family relationship are very hard to put onto film. And yet, through the series of incredible books that Seiichi has offered the world since Christine’s passing by suicide in 1985, we begin to understand a little bit of the artist’s love through the testament to his wife. His books entitled Memories and his book Alive were fundamentally important for me when I found them in the 2000s and still remain incredibly elevated in my estimation of their importance to the medium. I often go through the books when I am preparing lectures or notes regarding the effectiveness of portraiture and family, for example. I also look at them when I need to feel closer to the world of images when the deep chasm of their doubt rings loudly in my mind. I return to Alive perhaps most of all until very recently. Everything that I want photography to exemplify can be found in Furuya’s books regarding his family life. 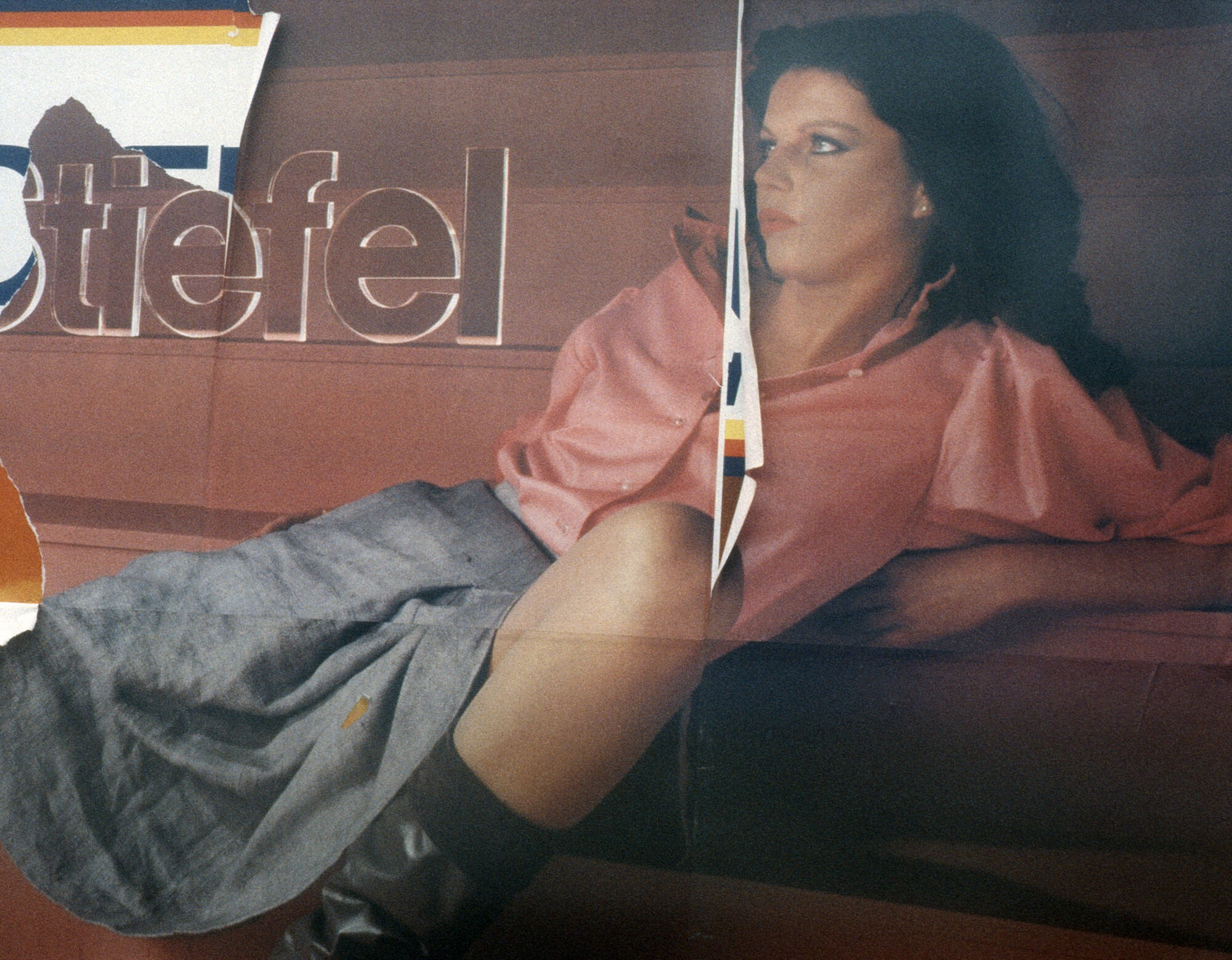 Chose Commune has begun working with Furuya to bring new variations to the oeuvre of his and Christine’s relationship to light through new books. Being that many of the books published regarding Christine share some overlap, the exercise of publishing more Furuya books on this topic presents a challenge in how to expand the dynamic of the images and the conceptual framework of the relationship and new variations thereof. In publishing Face To Face in late 2020, Cécile Poimboeuf-Koizumi, the head of Chose Commune found a way to break through the singular perspective of Seiichi and his camera by implementing a series of images of Seiichi from Christine’s POV found in the family archive. Working with the artist closely, Poimboeuf-Koizumi found a way to pivot the work from the singular perspective of grief, loss, and memory into an exchange, a robust communique between Christine and Seiichi that sheds new light on the couple’s relationship and Christine’s ability as a photographer herself. The book presented a new option for interrogation and leveraged the bittersweet history of the couple into something more playful and joyful. 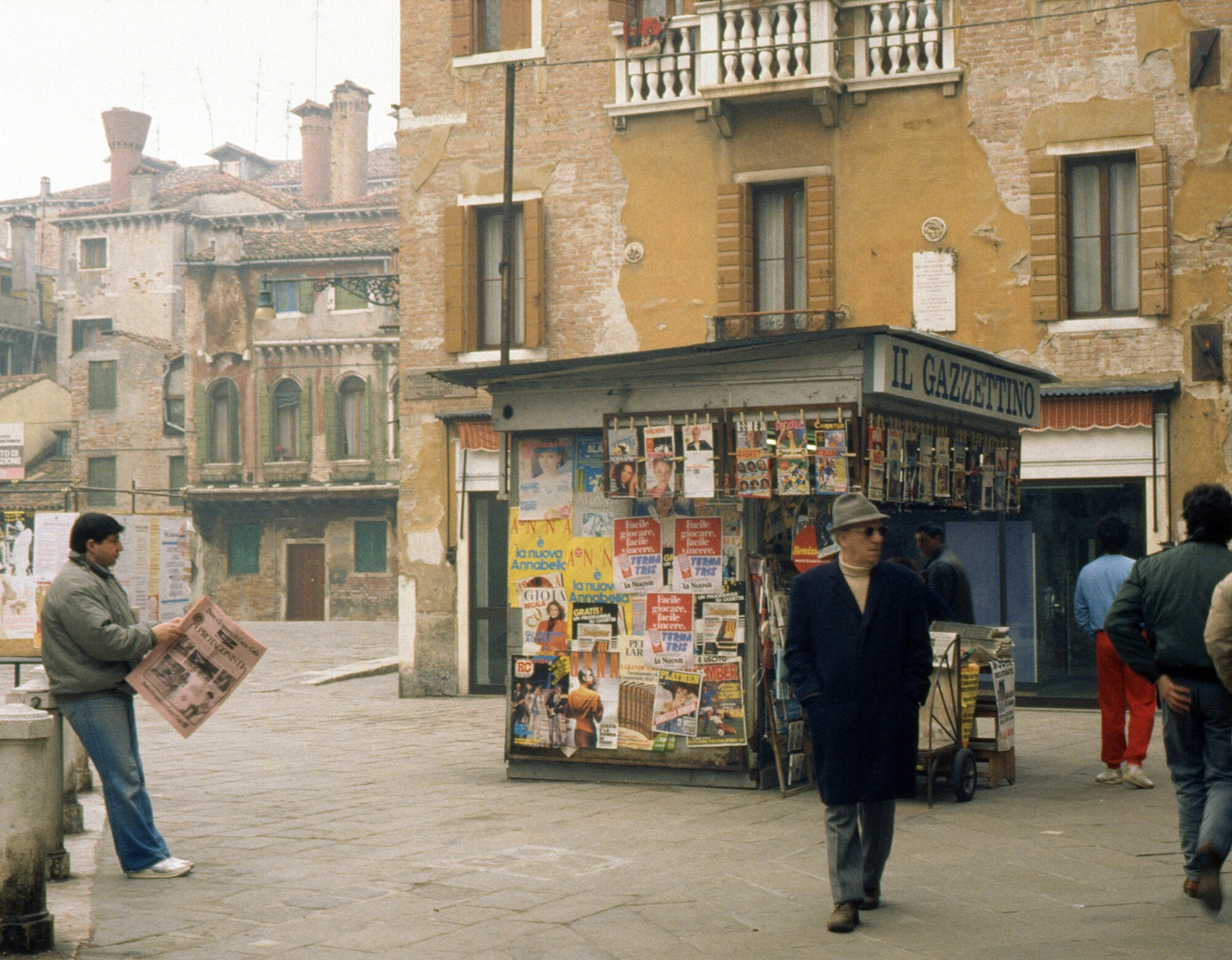 This follow-up First Trip to Bologna 1978/ Last Trip to Venice 1985 presents another spin on the dynamic of the couple literally book-ending their relationship through two trips to Italy at the beginning and end of their life together. Though Last Trip to Venice 1985 existed as a self-published photobook from 2002, the material found on the Bologna trip comes from a small part of Furuya’s archive of 8mm film that he recorded of Christine when they first met. Though by Furuya’s estimation, there is perhaps only 30 minutes of footage. The power of the footage is sincere and the artist has admitted within the text of the book that he feels her presence in the moving image. Curiously, he also admits that he cannot remember much of the moments caught on film, their animated movement somehow creating a schism between the way he remembers Christine and the time and the way in which the photographs of Christine, in their still fixity, are easily recallable memories of experiences for him. He points out the discrepancy between cine and photographic memories. It is a perplexing and interesting response to the archive 8mm film that he had processed over the course of the pandemic that these images of Christine feel less like memories than perhaps a cinematic event, whereas the photographs remain closer to his own memory. 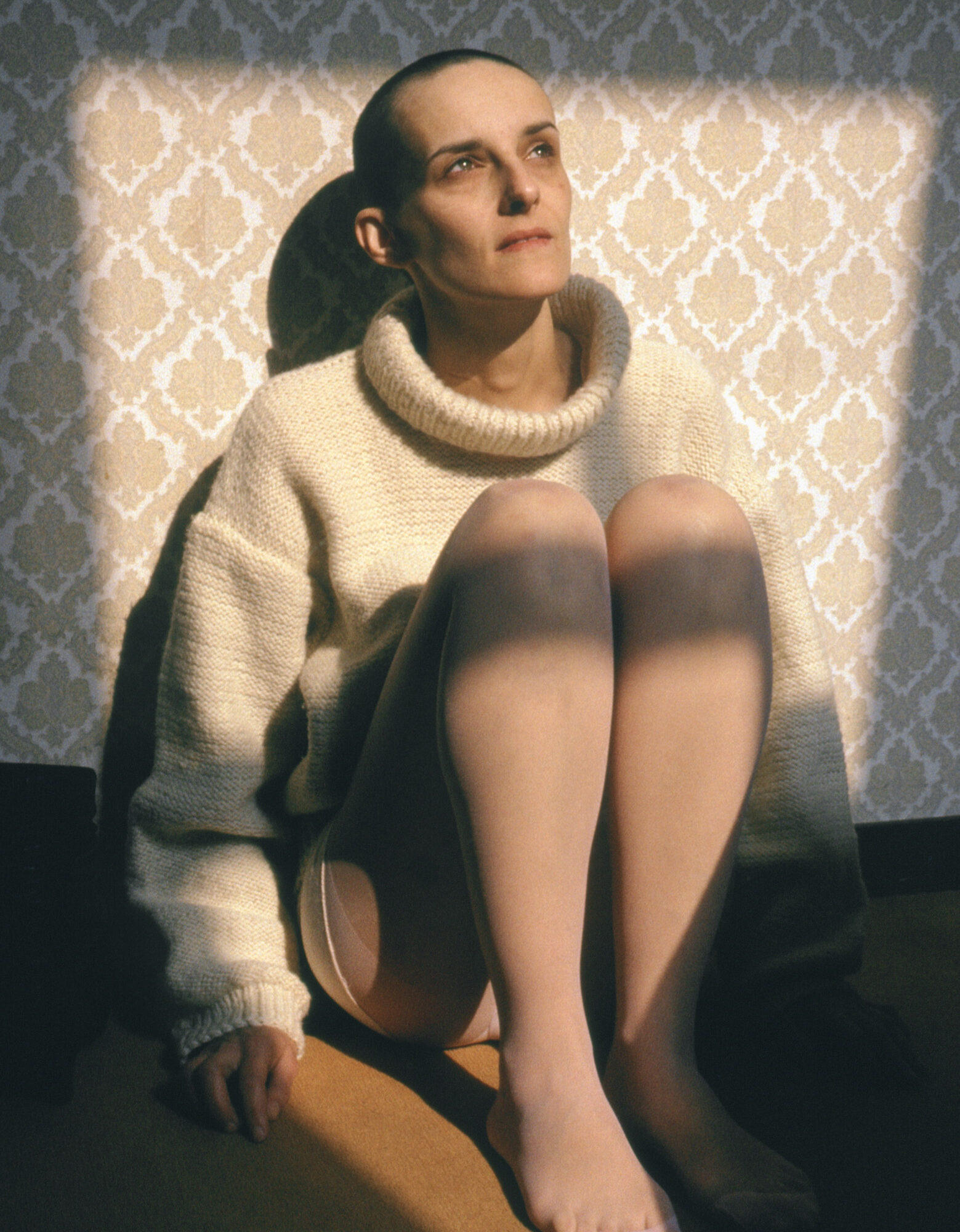 The book is divided in half which reflects the nature of the two bodies of work and their beginning and end compartmentalization of Furuya’s time spent with Christine. Reading the artist and Poimboeuf-Koizumi’s text in the book (ENG, FR, and JPN languages) gives a wider berth to understanding how Furuya understands his own work and output. The recollections about film, photographs, and Christine are ever-present, but also, and through the time found during the Covid moment, Furuya also reflects on his own mortality and energy as his years advance. In some ways, he is becoming more and more a part of the work as the years culminate into the inevitable reality of expiry and the tying up of loose ends. His thoughts on aging are particularly striking for their nuance and direct relationship to our shared pandemic moment and understanding of photography itself. The book is as successful as Face To Face and Alive as it gives us a new space in which to interpret the work and his relationship to photography. As with any of Furuya and Chose Commune titles, I cannot help but recommend the book HIGHLY. I feel the same energy and empathy in this work as I do with his earlier books and I feel that Chose Commune has once again delivered a book that adds a layer to the artist’s career previously unseen.