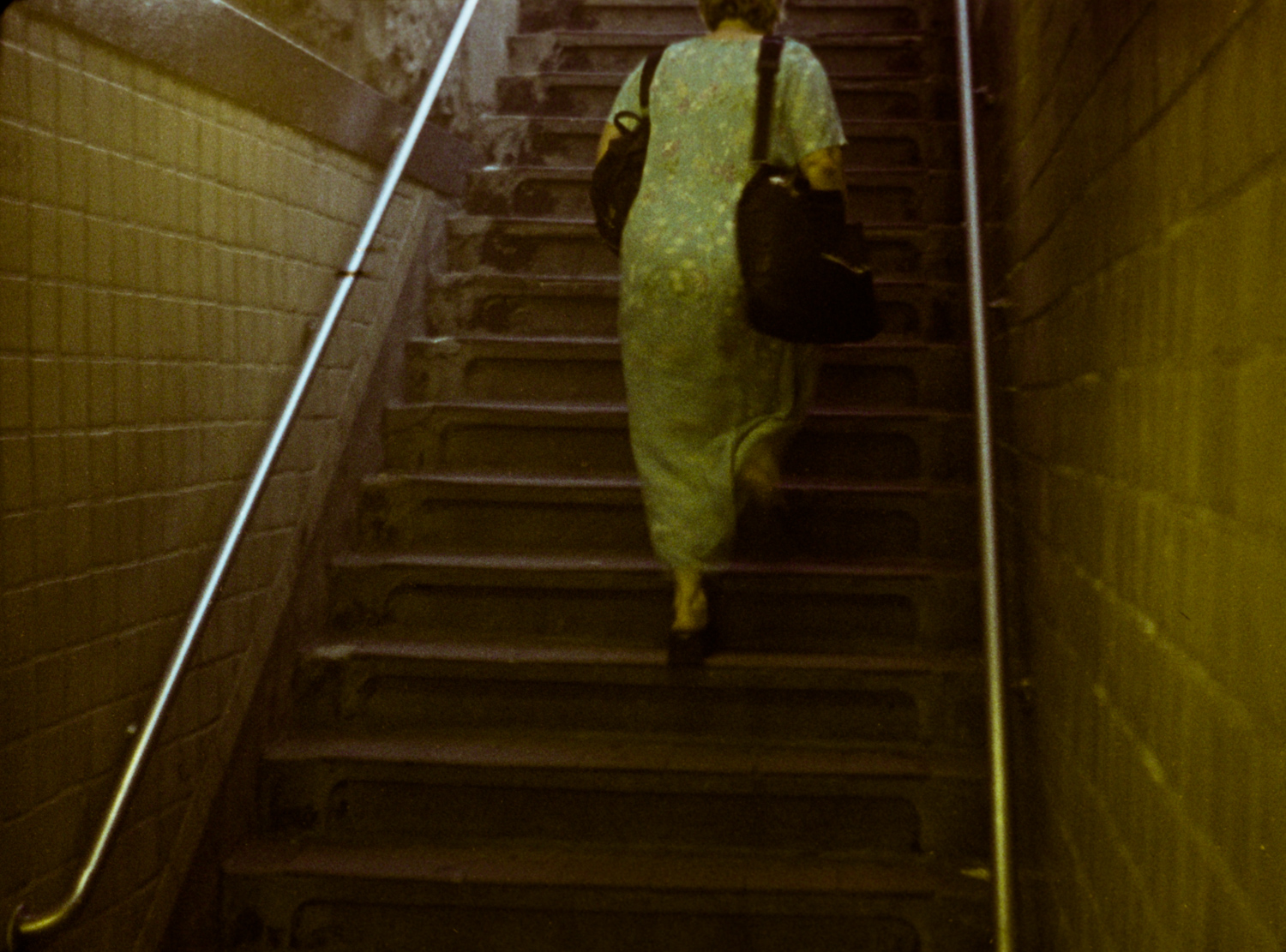 The Minox pocket camera was developed in 1936 by Walter Zapp to provide the public with a small compact camera that was easily portable and that was economically feasible for a budding amateur class of photographers to purchase. Its innovative design, compact, small, and easily hidden were later co-opted as something of a novel spy camera during the Cold War. Spy cameras have a long history, but this particular camera, its solid design, and relative ease of use coupled with a decent lens provided espionage services a perfect technological invention. The camera itself appears in many spy movies as the canonical spy camera. Whenever you see a small silver camera slid apart to photograph documents for example in a spy film, it is likely a Minox. 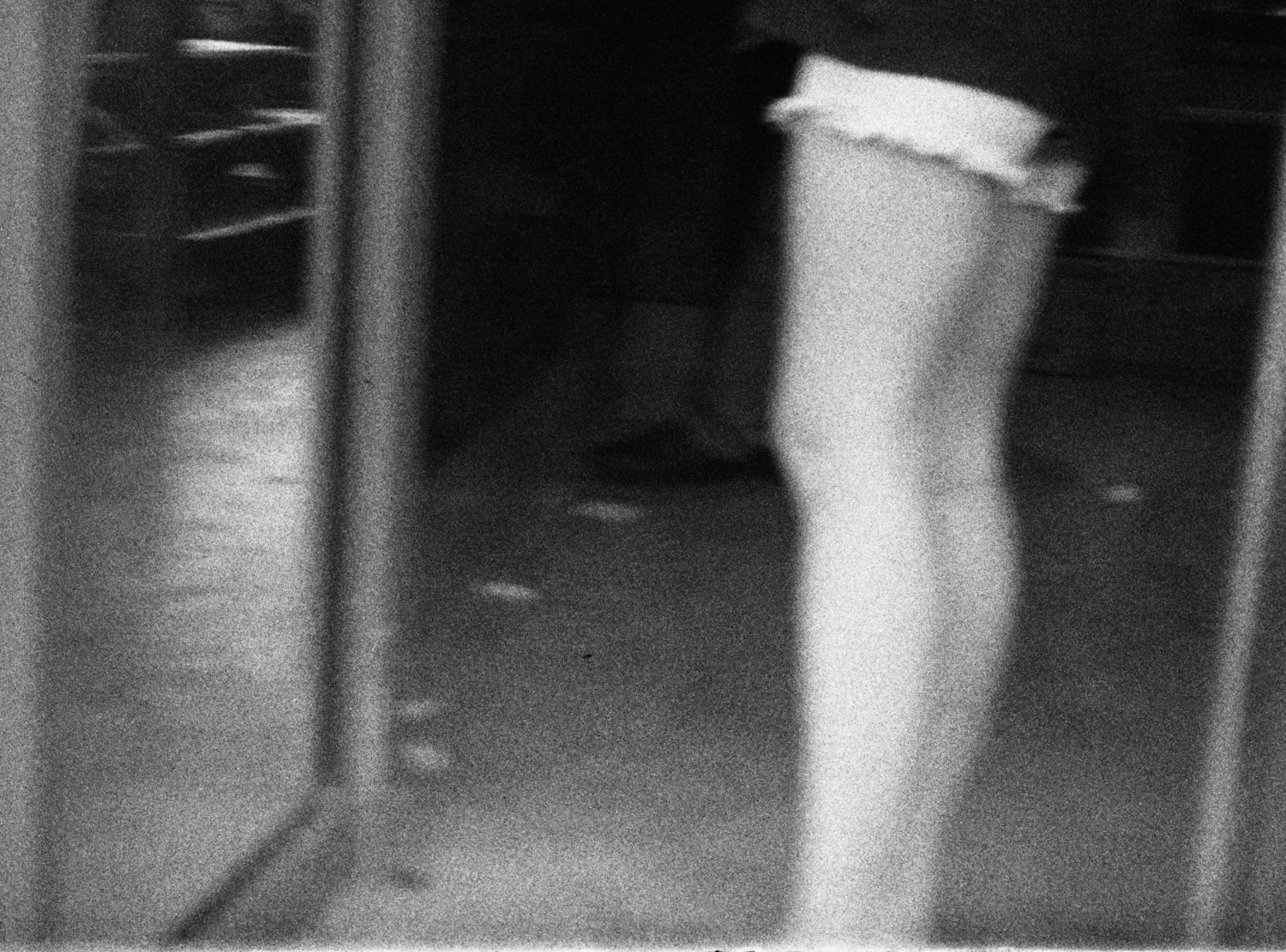 After the cold war, the camera went on to prove an interesting tool for artists like Issei Suda whose book The Mechanical Retina On My Fingertips (1991-1992) was published recently by Zen Foto Gallery in 2018. Suda also endorsed the camera as a way to make images quickly while carrying a lightweight pocket machine that freed up the artist’s ability to shoot in a less contrived or stoic manner that larger cameras nearly demand by their size and functionality. Inevitably, due to the output of the Minox’s small negative size (roughly the size of 1/3 of a 35mm frame), the resulting prints were often restricted to a small 3×5 inch drugstore printing service. The grainy and often blurry quality, coupled with the compact nature of the camera led both van den Brink and Suda to co-opt the apparatus to produce small prints and by proxy, small books filled with gloriously “imperfect” images. 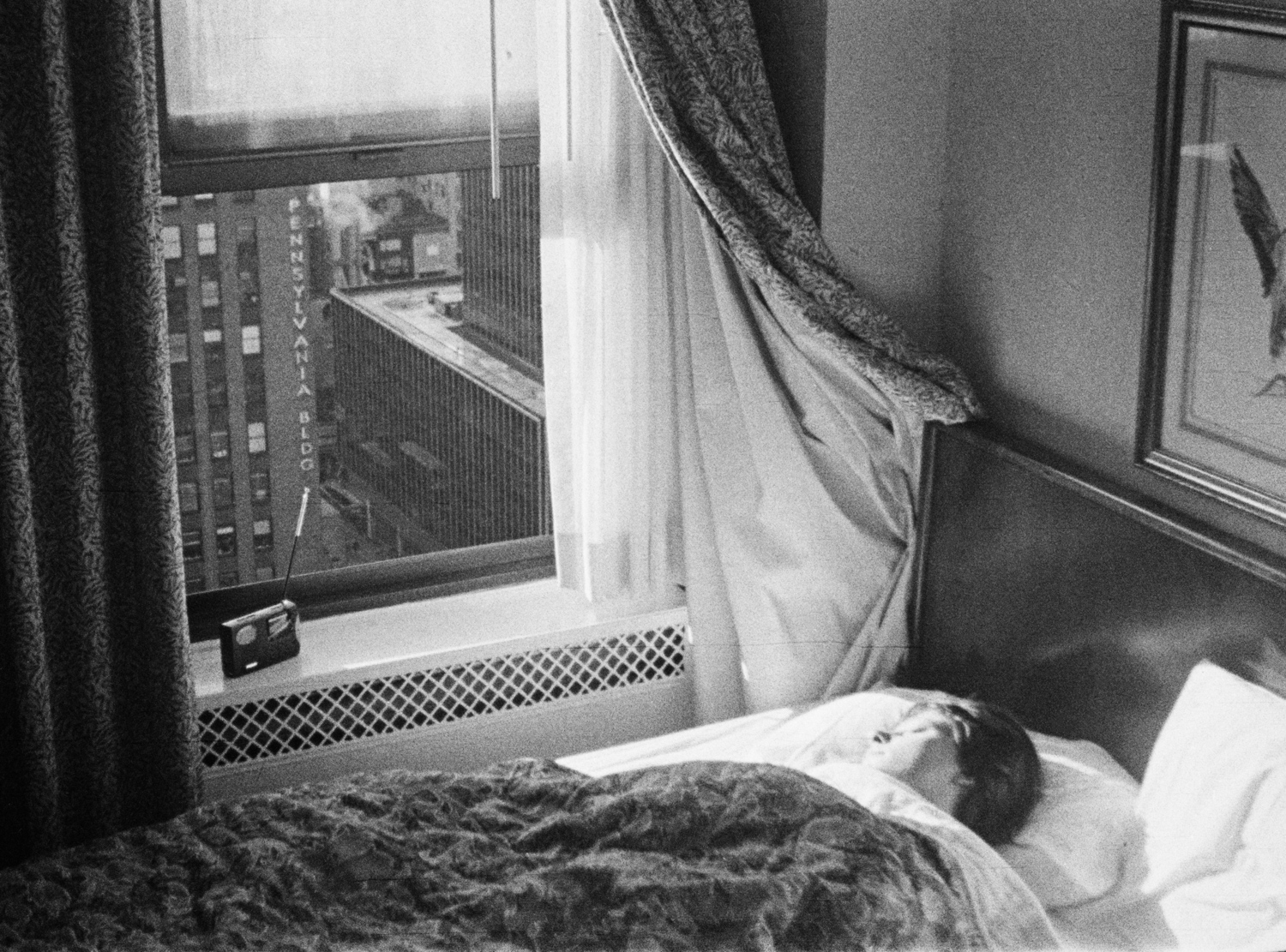 Where the two artists diverge is the place (s) of image capture, but also their subject matter and framing of images. Van den Brink assumes a more traditional, less chaotic way of photograph making, whereas Suda’s images feel disorienting, sometimes random, and often optically difficult to decipher at first glance. Further, and this is the greatly masterful part of van den Brink’s work, is that he also uses color negatives mixed with monochrome. With van den Brink’s use of color, one is reminded, particularly the images of New York, of the Fresson photographs of Sheila Metzner, and also the pictorialist autochromes of both Steichen and Kuhn. The potato starch of the autochrome process perfectly bridges the function of color film grain found in van den Brink’s work as a historical reference. 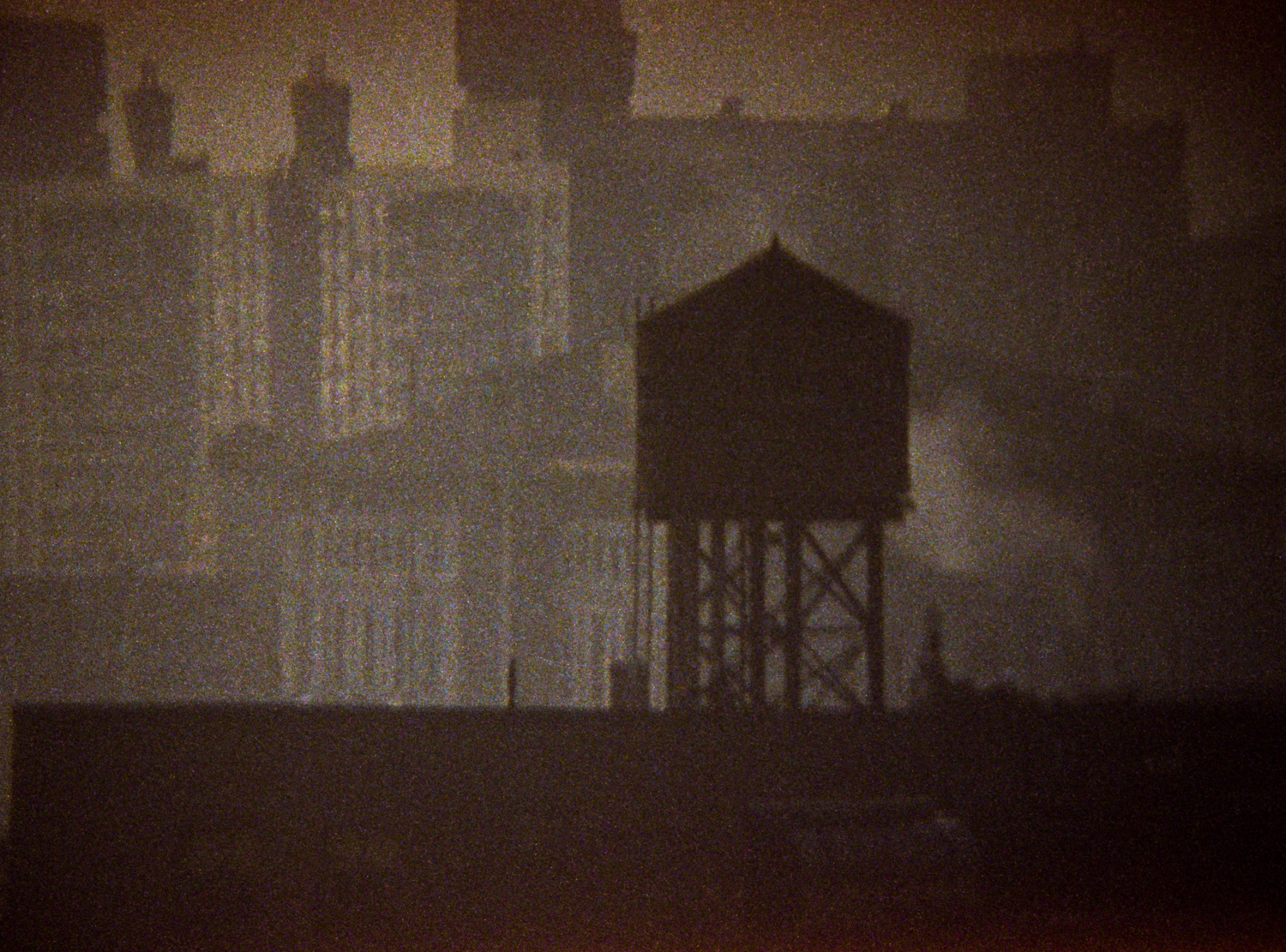 The small photographs in the book become intimate like the aforementioned autochromes, and yet their subject matter feels somewhat like a type of classic street photography, somehow reminiscent of Saul Leiter or Helen Levitt’s colorwork without the undue use of heavy saturation in Leiter’s case. Instead, you get images that speak more to the work of Karl Strauss (New York) or even the early photomechanical photochromes of Alpine views produced at the turn of the 20th Century. The imperfect color balance makes the images alluring and nearly magical. When I mention pictorialism, I am directly referencing the movement from 1890-1930 (though we can argue on Oscar Gustave Reijlander and the pre-raphaelite work of Julia Margaret Cameron as being forebearers). I think of gum bichromate, autochrome, platinum, and cyanotypes employed by a generation of international artists such as Robert Demachy, Paul Haviland, Alice Boughton, Frank Eugene, F. Holland Say, George Seeley, Gertrude Käsebier amongst others. 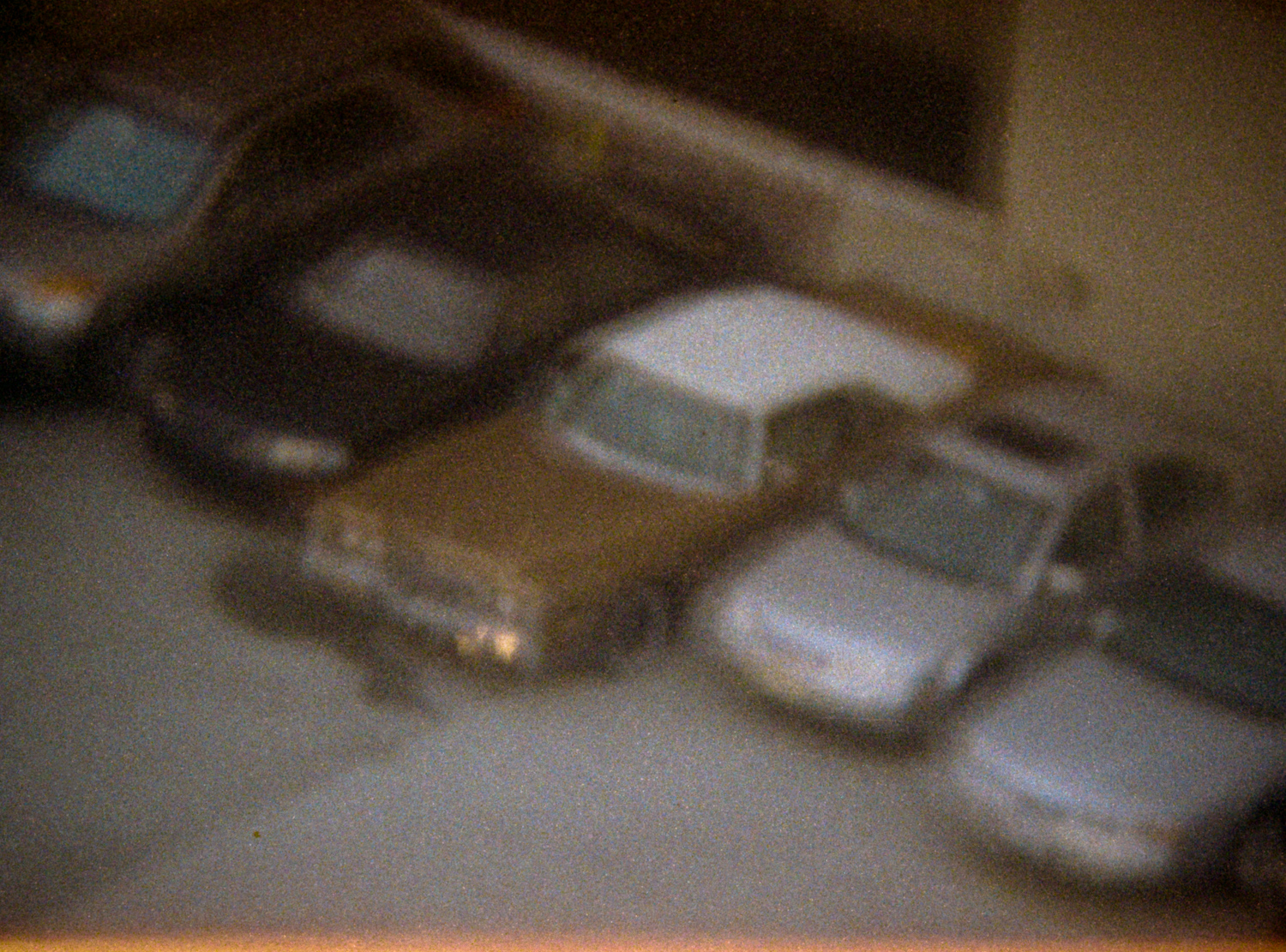 Van den Brink’s work revitalizes some of these pictorialist sympathies much like John Dugdale and Jayne Hinds Bidaut did in the late 90s alongside McDermott & McGough. Pictorialism has been seen as a much-vaunted term due to its being influenced by painting. A core tenet that the modernist’s manifesto rebelled against pictorialism preferring that photography has its own independent use, look, and status achieved through its technical ability without being indebted to exaggerated process-driven painterly qualities. Another core tenet for the modernists was that photography speaks to the times in which it was produced, namely, the Machine Age. In a return to something like pictorialism, van den Brink has restated a claim that is both photographically biased with his apparatus of choice but also gives some due diligence to producing pictorial images that speak to soft focus and present a dreamlike quality. There is a great image of a torso that, given its end-of-the-roll crop and the “broken-plate” rip of the negative also reminds me of a number of Stanisław Ignacy Witkiewicz photographs-just a note, but it rings nonetheless. 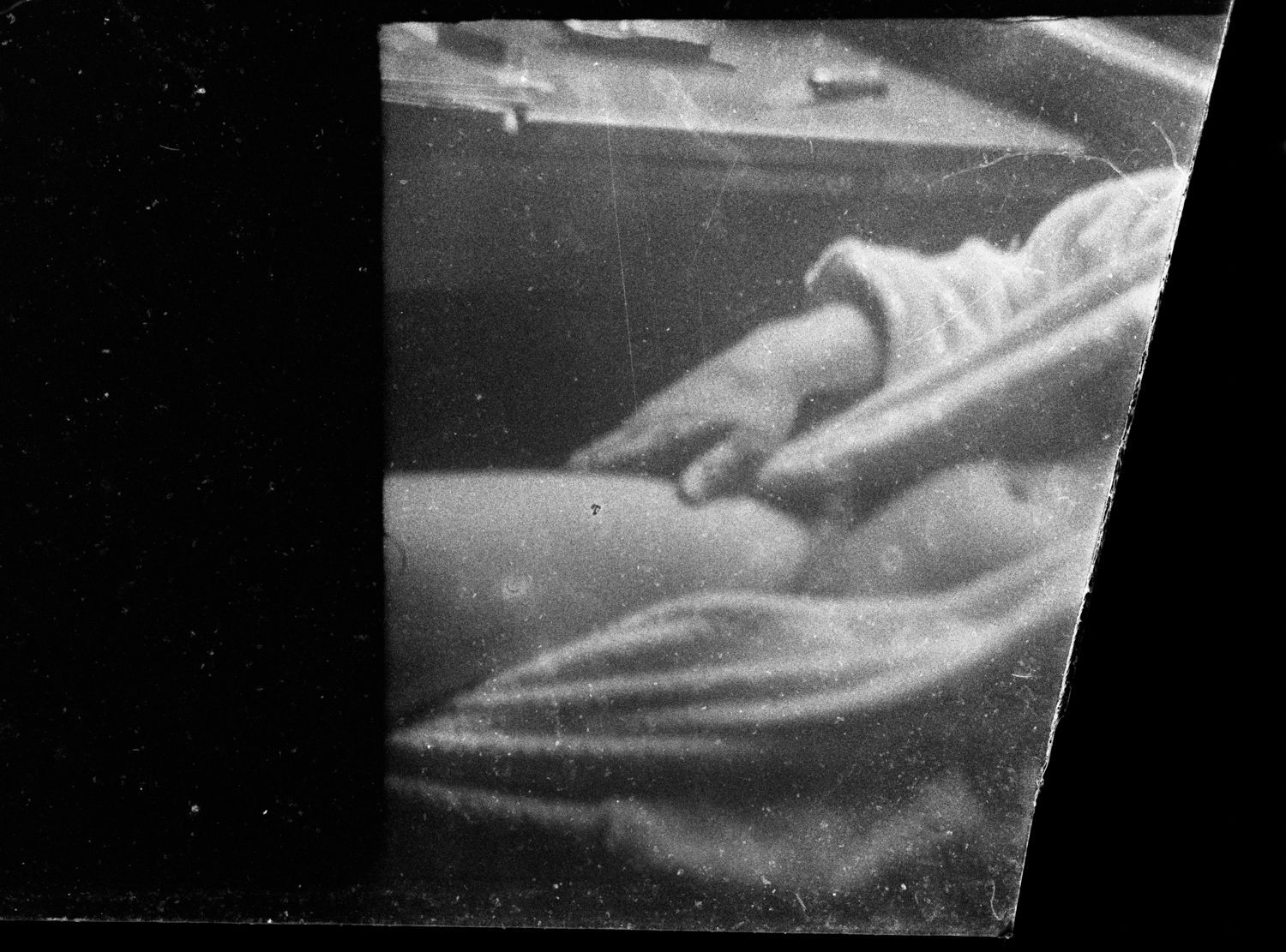 Like Suda’s book, you can fall deep into the world that van den Brink presents and though the use of such a camera is fairly niche, it does give license to print a small, tight, and brilliantly-conceived book of diminutive images where the camera’s technical limitations meet the innovation of imagination to unlock these small works which allow an audience to think past representation and to put the world back into some sort of imaginative perspective organized in a book the size of a human hand. The necessity of book size gives back some feeling of control in the flotsam and jetsam of a world besieged by directly-ascribed images and the inevitable cruel rebuttals of realities in which we are asked to continue, and at great length, to talk over and dissect ad infinitum. In the silence that I feel in van den Brink’s images, I feel a calming of so much improbable, if fashionable chatter. 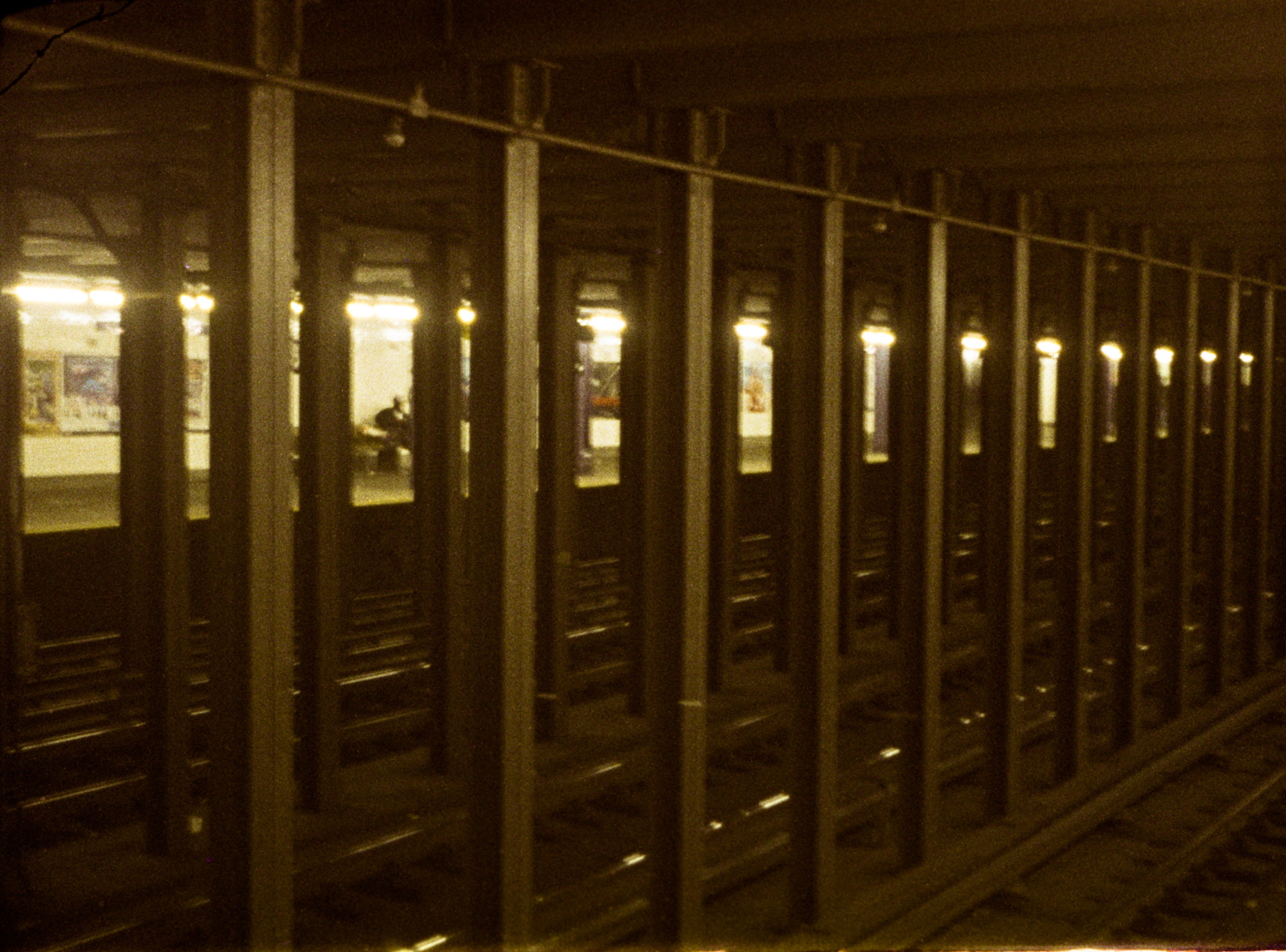 There are a number of single images in the book that speak to more contemporary themes, or themes throughout art history in the second half of the 20th century such as the image of the Empire State Building, which is a calculable and inescapable nod to Warhol’s Empire. The portraits have a quality about them that reminds me of David Heath, Martin Bogren, and perhaps Roy DeCarava-the smoky charcoal and somber images feel like they belong filmed by Jonas Mekas in a similar manner to I Leave Chelsea Hotel. There are also a few blurry studies of portraits and landscapes the remind me also of James Fee’s work, an artist that passed away all too early. Similar to this elegy, I would suggest an affinity in The Minox Files to the grainy color work of Boston’s Mark Morrisroe before he also passed on too early. 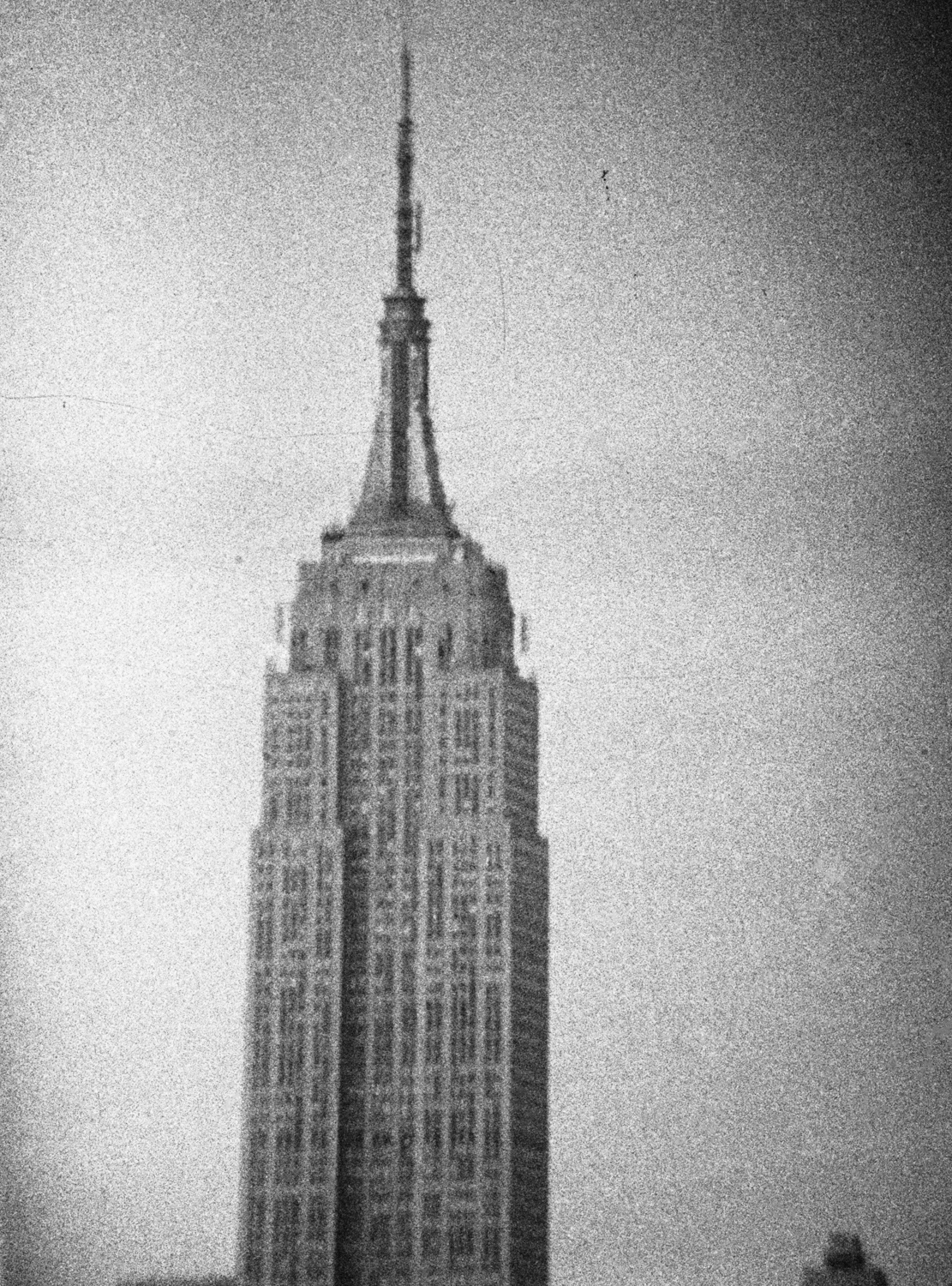 The more grainy or blown-out portraits, in their frontal capacity, as illustrated below remind me of Warhol’s Screen Tests, but also the psychiatric hospital work found in both Broomberg & Chanarin’s Ghetto (Trolley, 2003). Perhaps a similar atmosphere can be found in Martin Bogren’s Italia (Max Strom, 2016) or Roland Schneider’s Zwischenzeit (Der Alltag, 1988), though van den Brink is much more “frontal” in shooting his subjects than Schneider. I might also have expected the ghost of Joseph Beuys to turn up as there is a quality of performance in some of the full-length portraits. A note about the sequence is that about halfway through the book, the edit sorts to use double-images, some in color and black and white of the same building or scene. Sometimes, these are placed as a spread, but often, we are asked to remember similar images a few pages after. They are really subtle shifts in sequencing and worth pronouncing here. 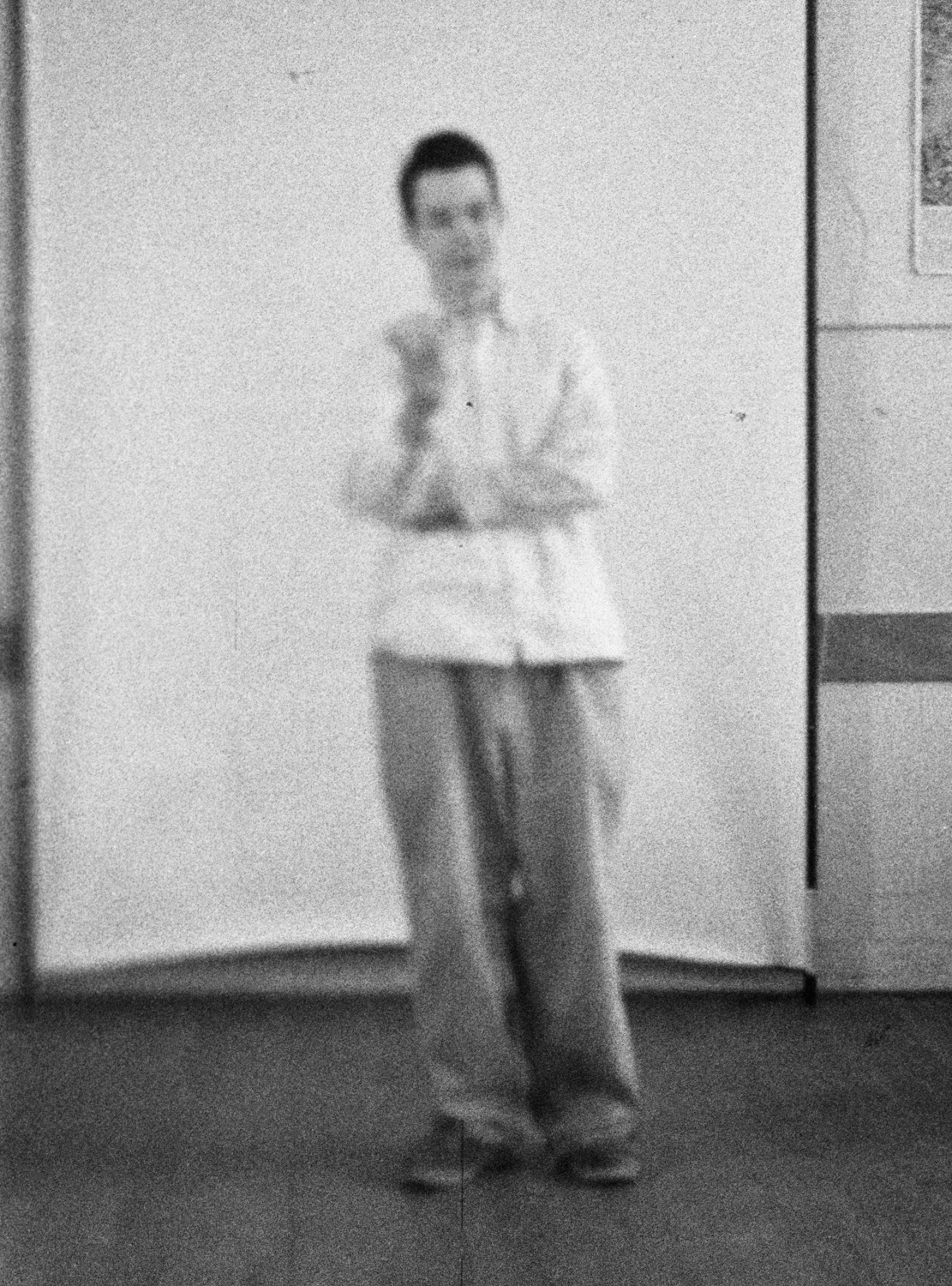 I am also reminded of alpine films that reference Leni Riefenstahl (G. W. Pabst’s The White Hell of Pitz Palu, 1929)  and perhaps more strangely, The Sound of Music from the first part of the 20th Century. The Minox Files is a compelling and diminutive book filled with great images that transcend redundant political posturing and allow an audience to engage with the brilliant phenomenon of photography and remind themselves why the medium is still relevant and still inspiring without the excess baggage that they are often asked to check-in before they can embark on an imaginative trip to somewhere new and moored less by consequence of subject matter than the consequence of a desire to feel art again. I highly recommend this book. It deserves due looking and consideration. 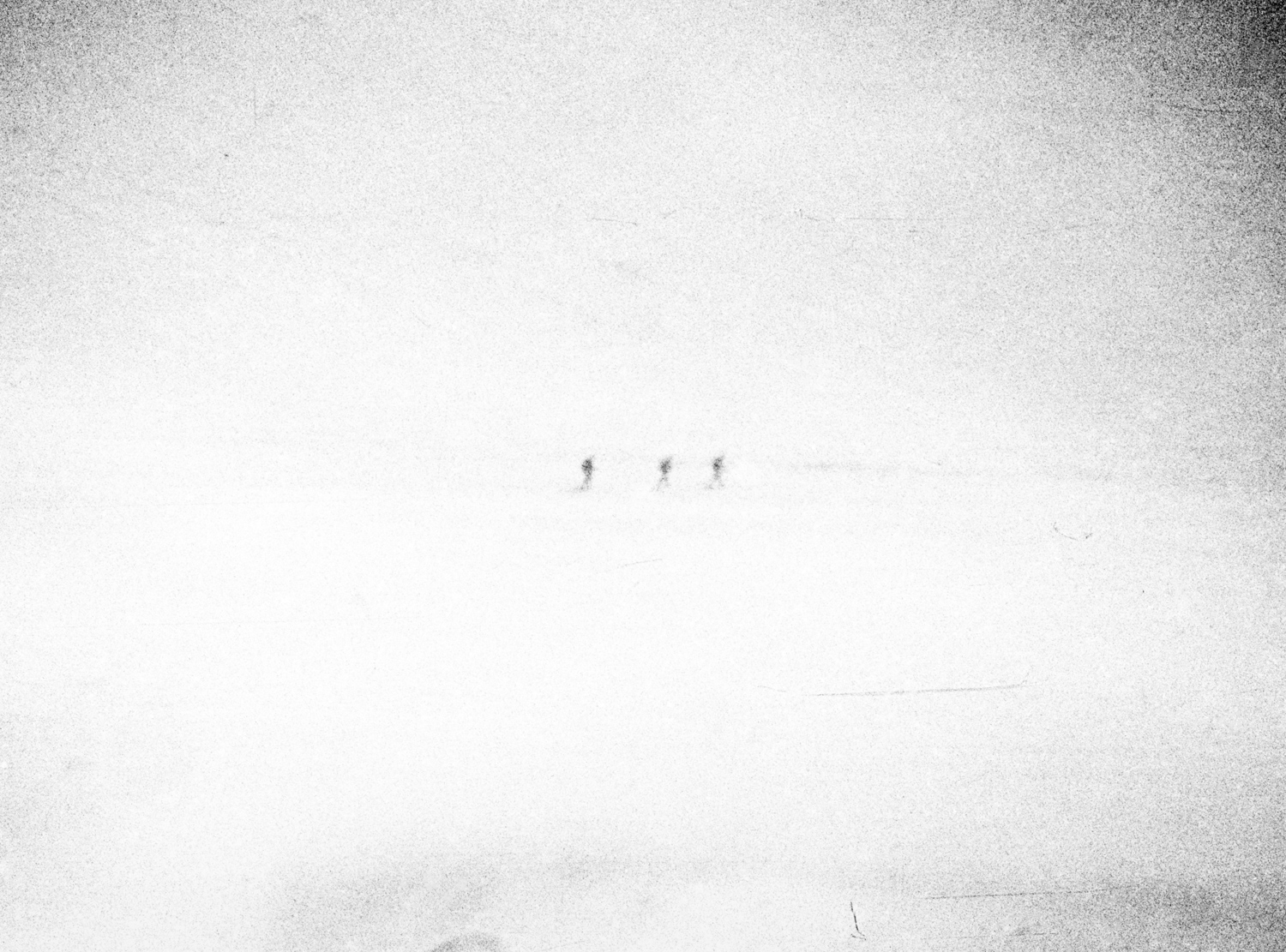