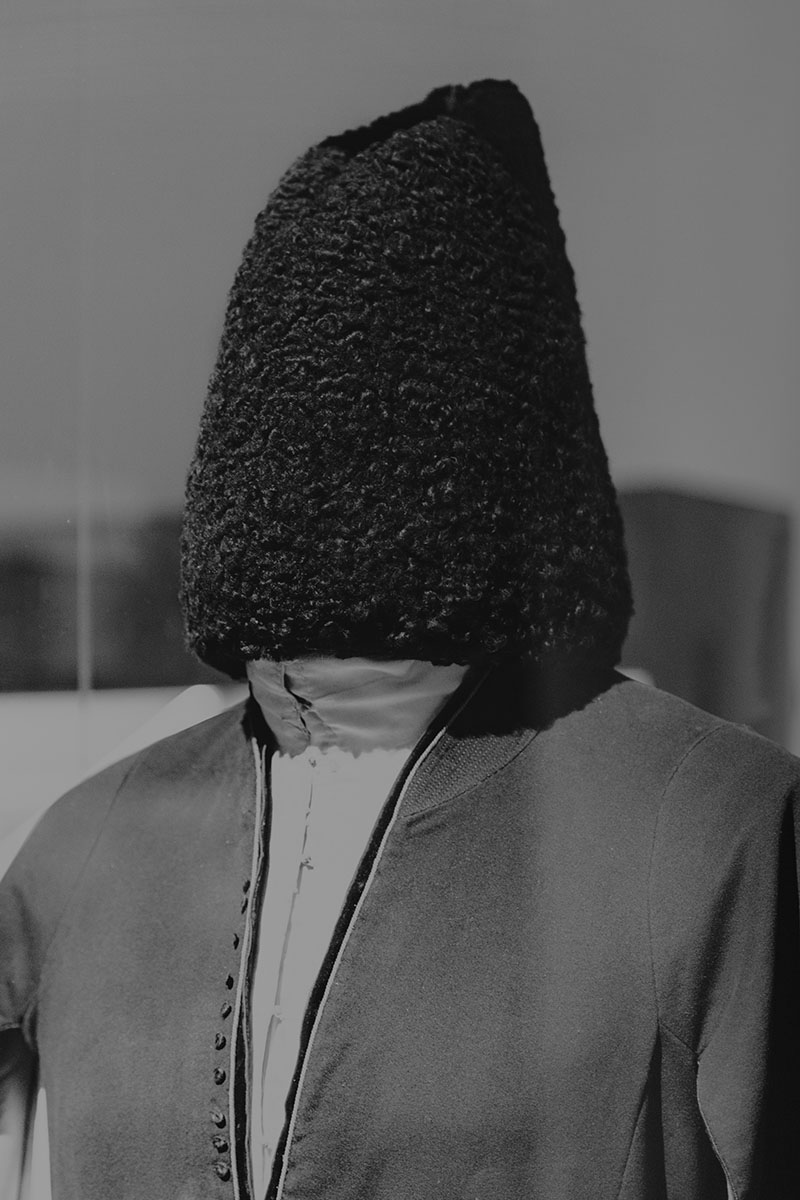 Note: There is a soluble parable lurking in the back of my mind that I wish to tether to this review of Francesco Merlini’s photobook The Flood. I am not sure I believe in it myself. Parables are strange pronouncements offered by someone as if in authority, moral or other. Therefore, one cannot help but be wary of their offering like a Greek bearing gifts… 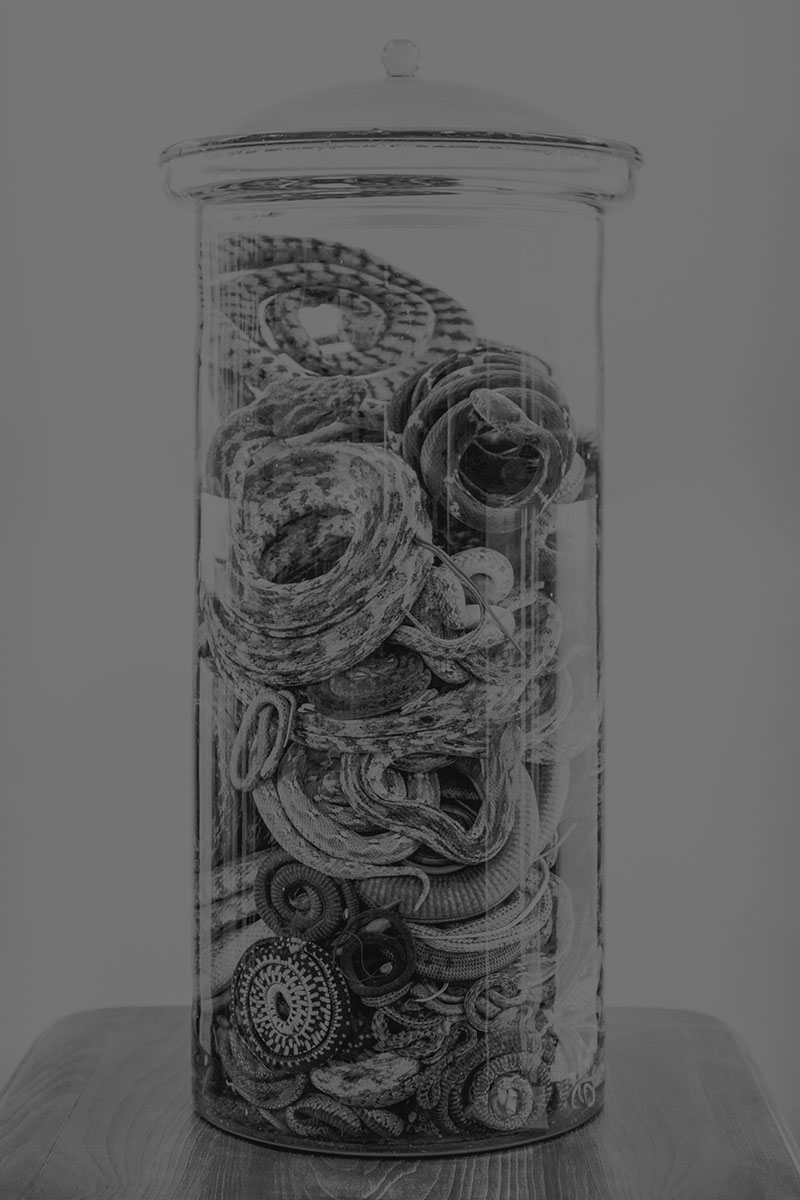 In the contemporary market for photographic ideas, I want to suggest that we have recently found ourselves at a perilous set of deviations in the road. One road forks to the left and down it, the severe implications of nihilism and cynism crossbred at the point of contemporary political anxiety regarding photography, it’s right to representation, and the severe illness that permeates the social and intellectual fabric of the world which gravitates towards disbelief, distrust, and a deep disenchantment with communication (photographic or other) fostered by a general de-coupling of self within the context of a larger community. It is sponsored by outrage porn, the Internet, and the decision to finally accept the limitations of photographic truth without much mediation other than eliciting the extreme decision to discount the whole of it. In our field, this leads to indecisiveness, intolerance, and strange idolatry of self-serving prepossession paired with an overwhelming response by social media and its bad actors to encourage more distance, more disbelief, and more disjunction. 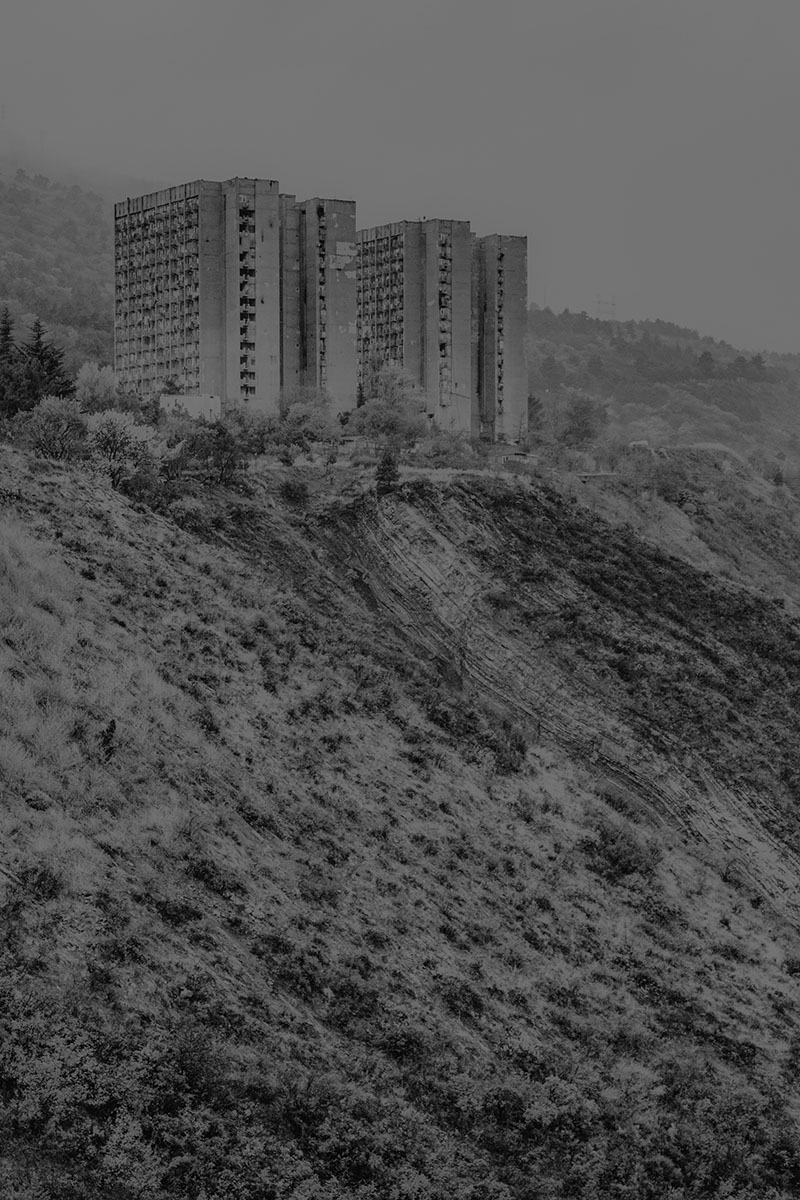 The valley through which the Vere river arrive in Tbilisi

The right path deviates slightly differently but is also filled with chance, risk, and decisions to abandon the gravity of political responsibility for the sake of making pictures that are not of political consequence or conscience and that do not reflect anything grander from the world other than the ability to coerce or steal a passing moment. The message from the right path is no more consequential than an agreement of technical beauty or reflection. It is not a lie, but it also does not profess an overabundance of enforced truth. This path is littered with an intellectual populism that wishes to push back and refute the overreaching chaos that has invaded our personal space, which used to border on the sacred. Here, the bulwark against the depravity and isolation of the left path is a commitment to faith, not in the spiritual sense, but in the sense that what we do with photography has meaning, however relative, and that meaning creates value, communication, and integrity. To travel this path, one cannot ignore the consequences of representation, reality, or relevancy. One has to embrace limitations, accept imperfection, and create ties to the world that adjust, change, and keep its council with some minor wisdom. It is a lot of work. Intention is as revelatory as interpretation and to speak clearly and without papal decree is to be accounted for as an honest gesture. 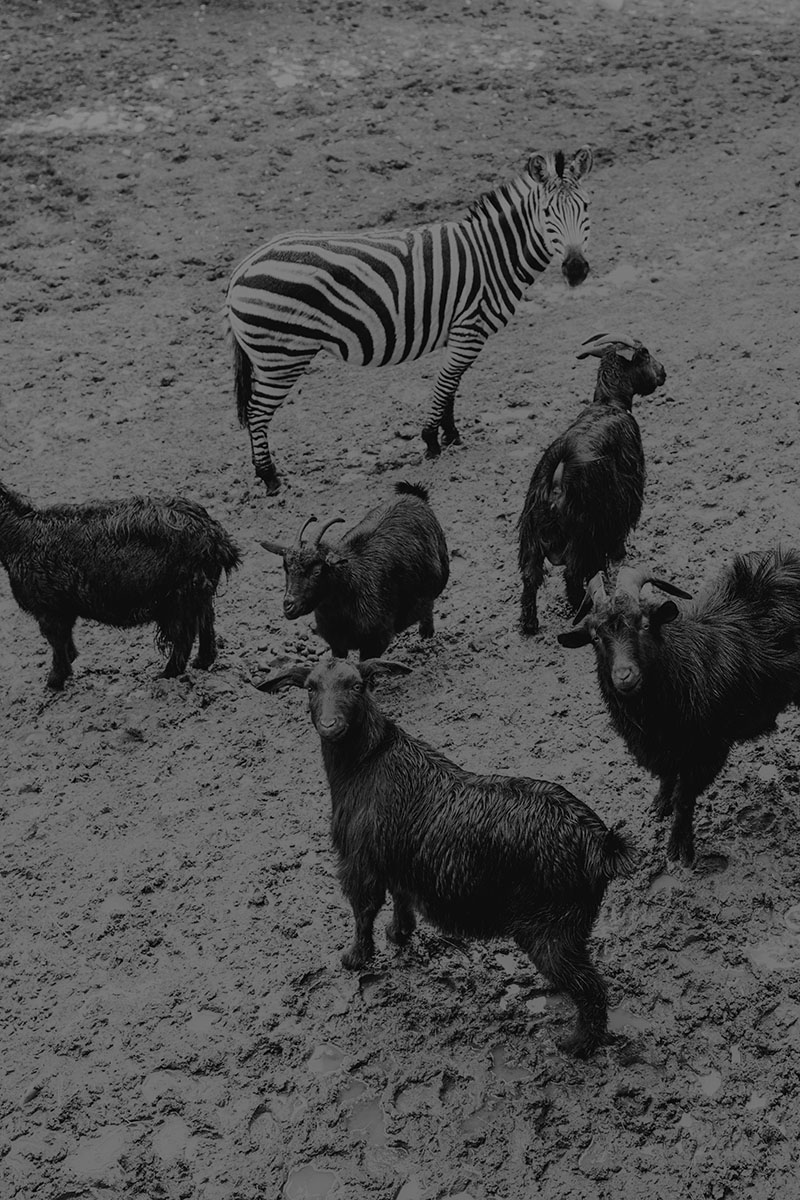 I am writing about these paths as I review The Flood by Francesco Merlini published by VOID in 2021. The book is a slim and brilliantly conceived title that discerns a hybrid approach to the paths mentioned above with alarming accuracy and great forethought about how to engage with the serious business of the world while obliging the medium’s shortcomings in reporting the devastating condition of something traumatic that has occurred. In June 2015, Tbilisi, Georgia found itself engaged with a deadly flood that ripped through the capital via the route of the Vere River. The flood was a consequence of an aged Soviet infrastructure coupled with bad luck regarding a heavy rain that did fall. During the event, a number of people lost their lives, buildings were razed to the ground and the local economy faltered. Reprieve and consolation from the event were in short supply as the river, landslides and the genuinely cataclysmic event displaced local citizens, took lives, and destroyed the city. Merlini did not cover the event. He was not there. Nor does he pretend that his images are reportage. 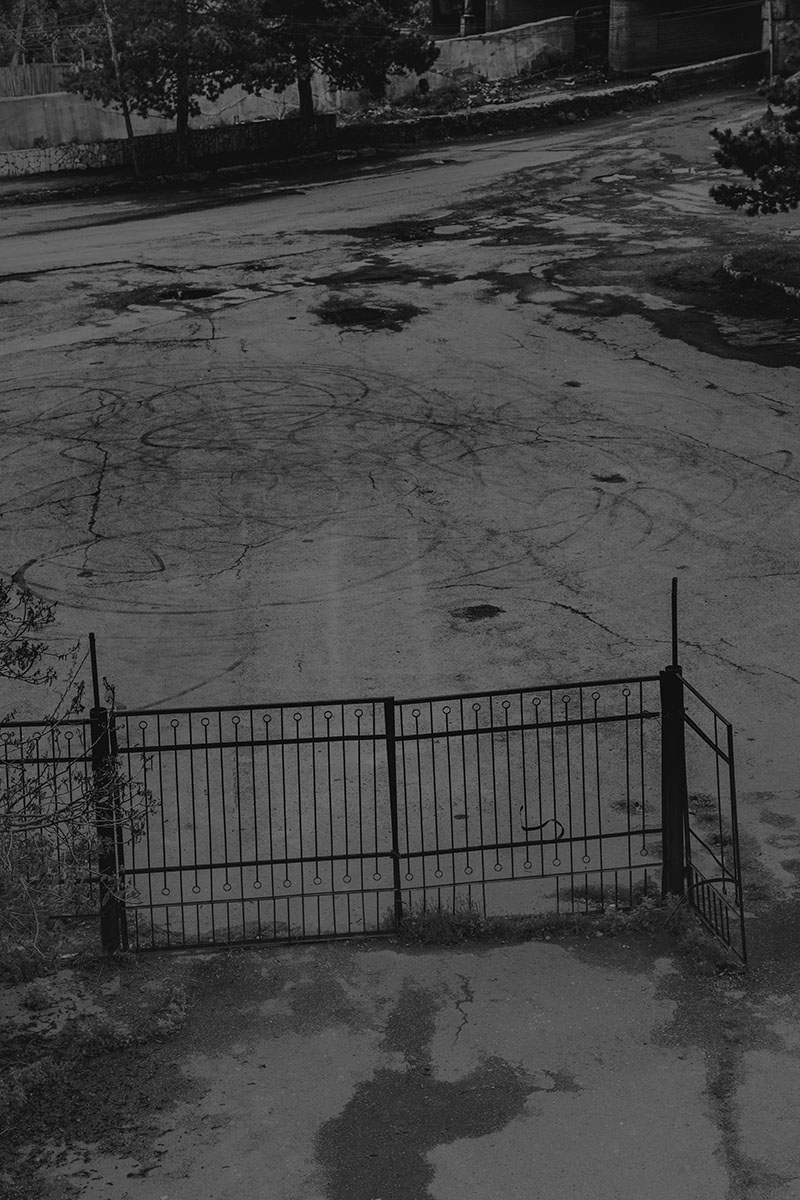 The veracity of Merlini’s project lies in the artist’s sculpting out a photographic condition of the post-event of the flood as a communication of the event with all photographic shortcomings evident and unobscured. The artist makes no commitment to treachery in explaining his position in the back of the book where he ruminates and declares his potion clearly. He makes no claim to truth and suggests that he wishes to narrate an atmosphere of life in Tbilisi after the flood as an act of compassion in counteracting Western media’s prior insistence on covering the very real calamity of the moment through the spectacle of the city’s destroyed zoo in 2015. The artist’s hybrid approach was to accept the event, to shoulder the burden of photography’s inability to convey easy truths, while also lamenting, through his images, an elegy of Tbilisi’s people built from his concerns and his disavowal of unethical spectatorship. His decision to create images that are post-event,  muddy, distended, hard to read, and laden with interpretative potential was paramount for Merlini. In The Flood, the work incorporates all of the elements that the Western media fetishized in its coverage, but Merlini focuses predominantly on the city and its rebuilding. He does not ignore the zoo, but he does not dwell on its destruction, nor the escaped animals such as the hippopotamus which was the focus of the media at the time. 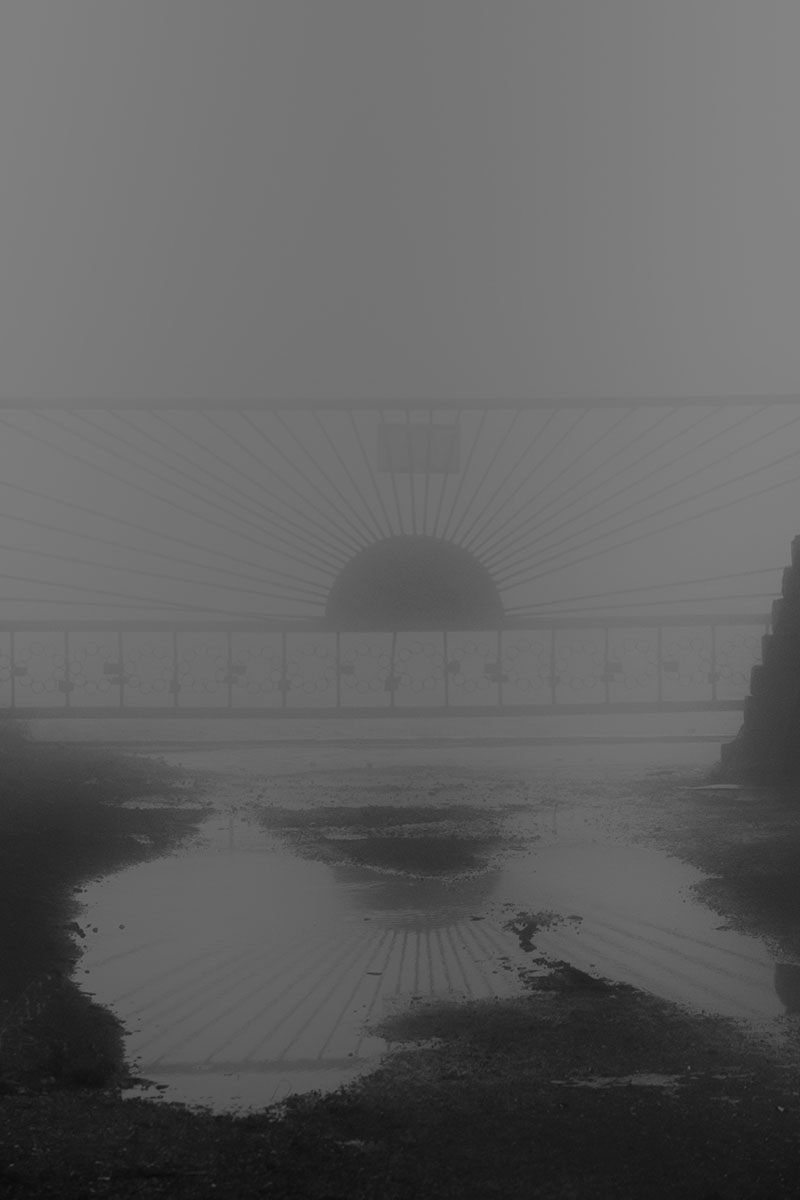 Overall, I find the book hugely successful in muting the problems of despair that accompany the faultlines of photographic representation. In stylistic terms, the muted grey monochrome images remind me of Dirk Braeckman, Matthew Genitemp, and perhaps some of Paul Kooiker’s Nude Animal Cigar. The concentration on pitching down the images helps to relay the conversation regarding the search for truth in the images. The artist clearly posits that the importance of the work lies in the condition it presents in its murky and diluted detail. The muddiness itself is endemic of the city itself buried under cars, debris, and earth. It is a metaphorical solution to representation that asks the viewer to think in context first, image second. It is another in a great series of books published by VOID who have made the tacit and brilliant move to lighten up their design. The content here is handled in a similar manner to their concerns of existential forms of photography, but, much like Cammie Toloui’s recent 5 Dollars for 3 Minutes, the book’s content is deceptively lightened by the cover design allowing the pure weight of the images and edit to sink in with full forth when opening. I highly recommend the work and champion Francesco’s acknowledgment that though absolute truth in photography is impossible, its relative ability to charge the imagination regarding an event is open to a discursive ability to speak around something which is still important and is still very much worth pursuing. 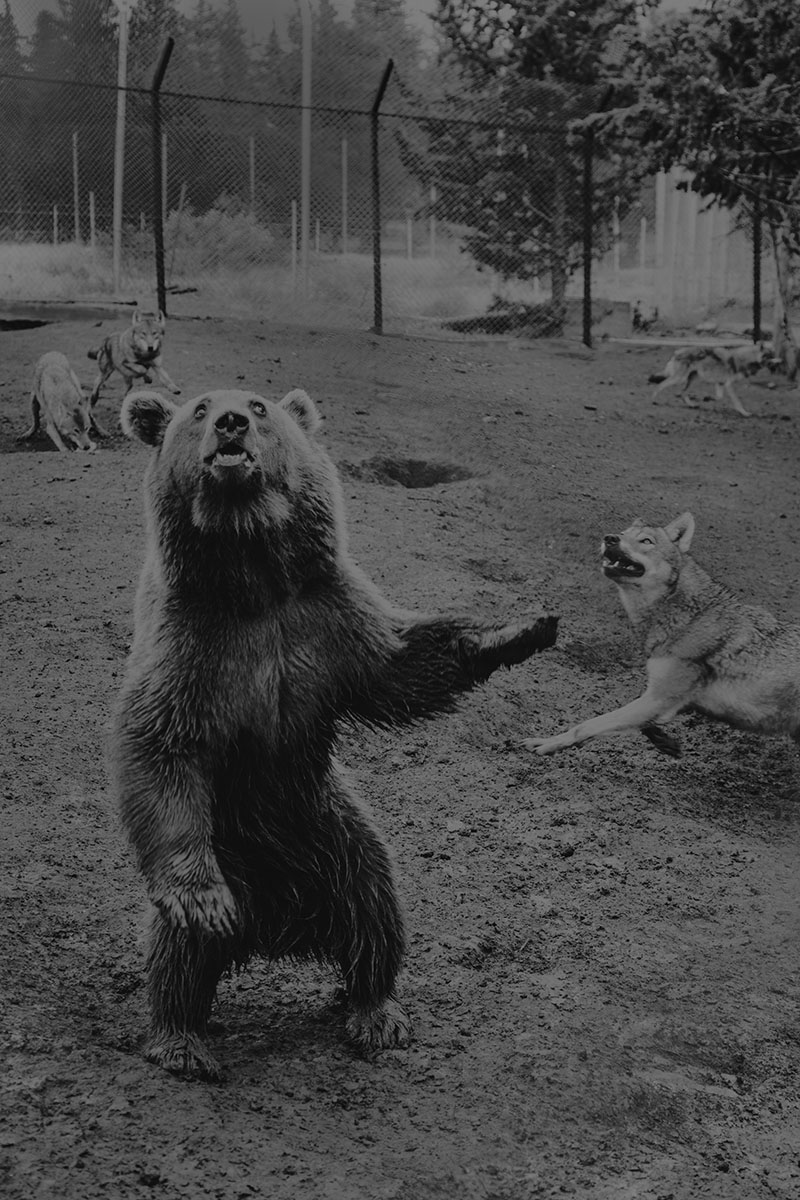 In recruiting the form of the parable as I have in service of The Flood, I think of Merlini’s work as following the right path out of the castigating doubt that constricts and holds our many current debates hostage. I feel that in declaring his hand about his intentions, that it makes the work more powerful, sincere, and leads us to a place where we begin to have a conversation again about the medium without paralyzing shouting and without the continuous nihilism that pervades our discussions. We can achieve a personal truth if not a visual one through studies such as Merlini’s and I think it is time to reel in the overzealous dismantling of everything potentially sacred with our continued survey of rampant deconstructionist desire in dialogue for something more progressive, more communicable, and more real. Highly Recommended.