I have just returned from Athens from our first Nearest Truth Workshop and have been considering at great length the duality of living and being in a city. Having lived a large portion of my life in a city, and have now removed myself and my family to the remoteness of the countryside, this trip, after two years of absence, gave me some insight into what I love and loathe about cities and their movements. Though it is not quite a love/hate ordeal, there are so many benefits to living in both climes. 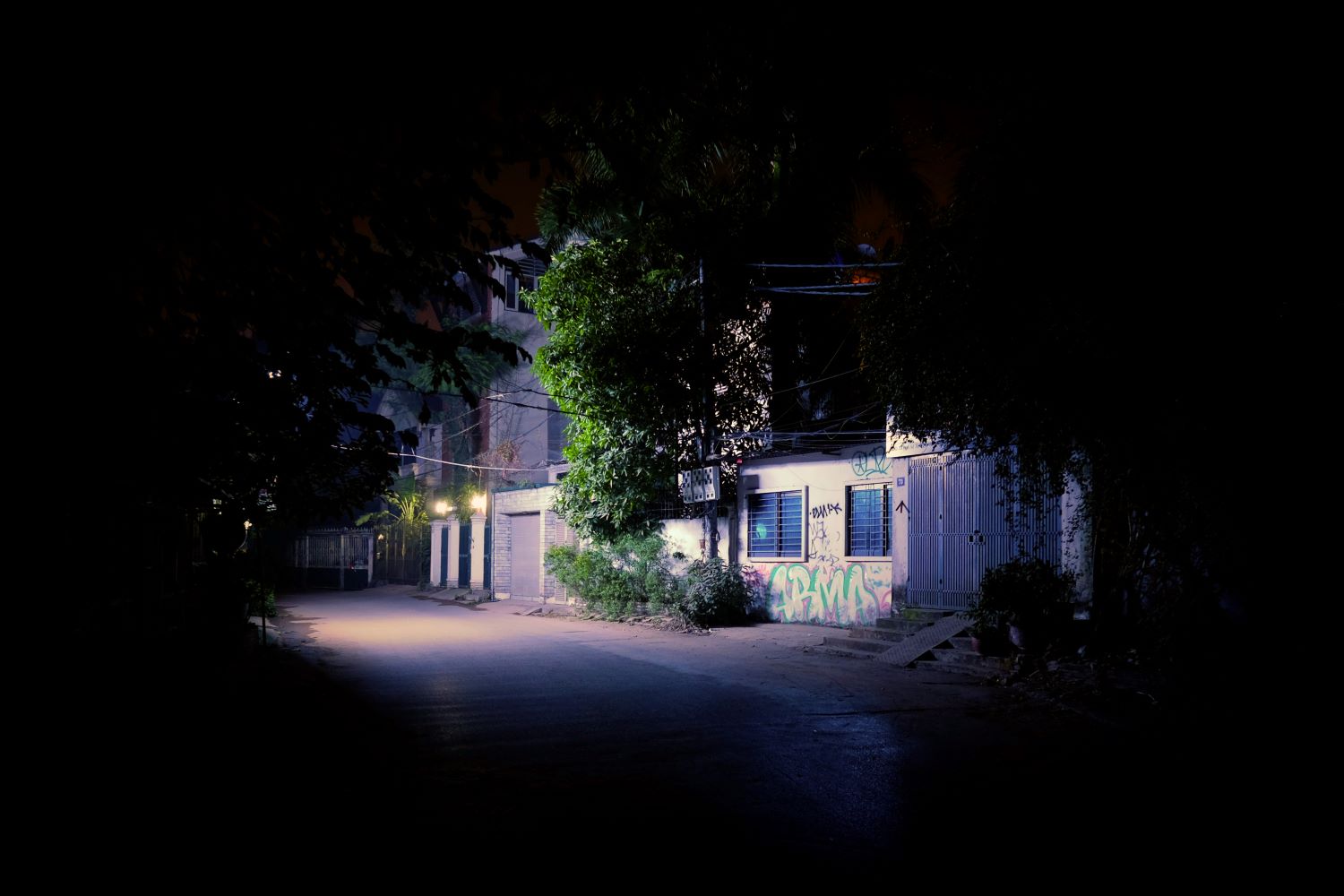 Athens felt different this time around. After two years of the pandemic, the city was somewhat broken, distended, and nearly bursting with a sunny yet necrotic ebullience fit for a tear. And tear I did. What seemed foreboding, loud, crusty, and angry was left championed by the time I left. No matter the heroin needles, no matter the crack pipes and dog shit, I have to admit that, I will always be a city lover and that Athens in all its disturbing baroque mess has a hold on me. Reading Olivia Laing’s The Lonely City for part of the workshop coursework helped put this in perspective even before rubber touched asphalt upon landing. Athens, like many cities across the world, is a place that one can really only celebrate in solitary spurts of self-indulgence. It, like many urban centers sponsors families, but does so in such a manner as to remind one of the problems of living in high-density environments. Proximity issues. 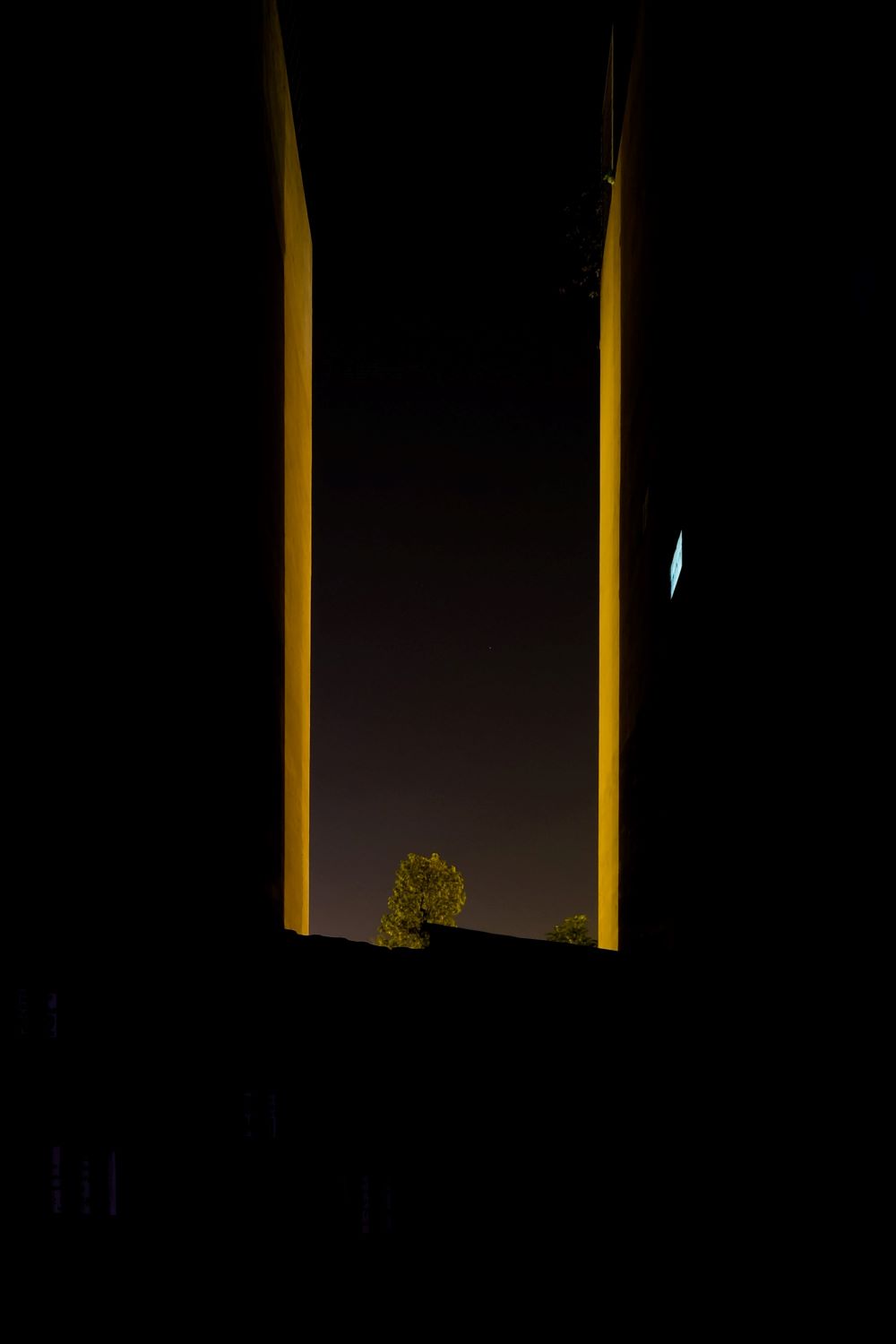 The idea of a city is a strange idea to align oneself to, to understand, and to carry out a relationship with. Cities offer refuge, temptation, frenetic energy, and for many people, a home. They pulse, and they breathe, creating awkward emanations from which their inhabitants believe themselves to be indentured once ensconced in their fold. The city has a grip. It grips the imagination unwilling to let go, the possibilities of its surface are somehow endless even under the auspices of danger and threat. Cities are also the center of cultural institutions, music halls, art galleries, record and book shops, and it is through cities that the fabric of our cultural interests, wider than in the countryside or secondary cities, give inspiration, the lifeblood of any artist or creator. Love or hate, cities are impossible to live without. 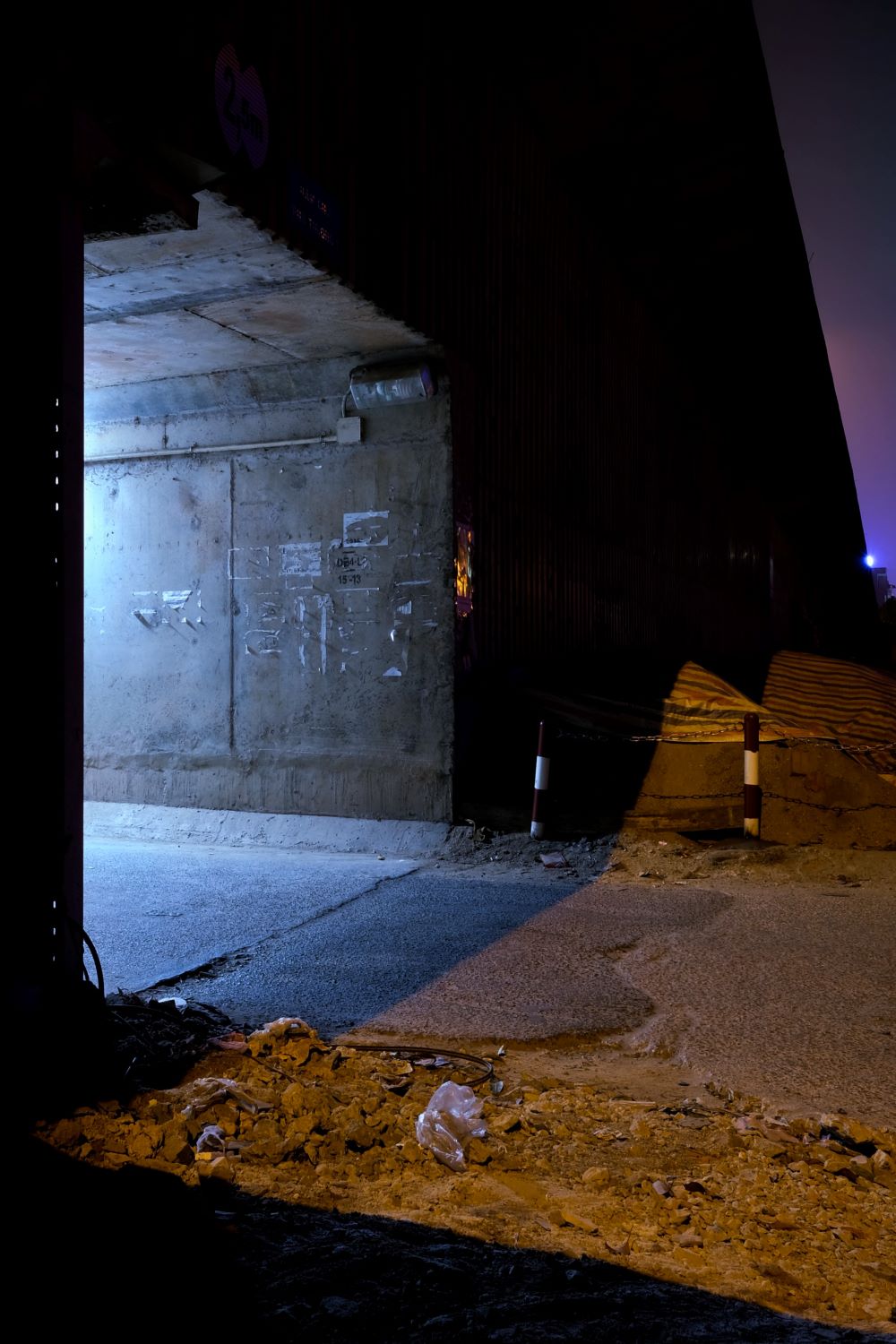 Cities by day contain the humdrum working of the economy. Work and labor are the central mechanisms for which most cities function. Apart from their hive-like domiciles, cities function very much like an over-populated colony with each worker carrying out order and maintenance at the behest of a one-pointed overseer. In the case of the human hive, the city is evolving and changing, new forms exist to regain function as old motivations become stale, unuseful, or archaic. The city is a work in progress and its citizens form part of the clay from which it is molded. To be an observer of the city, its change, and to reckon with its potential through participating in its documentation is to consider the city for its inability to be aggregated by stasis. To see the city is to understand its incompletion. 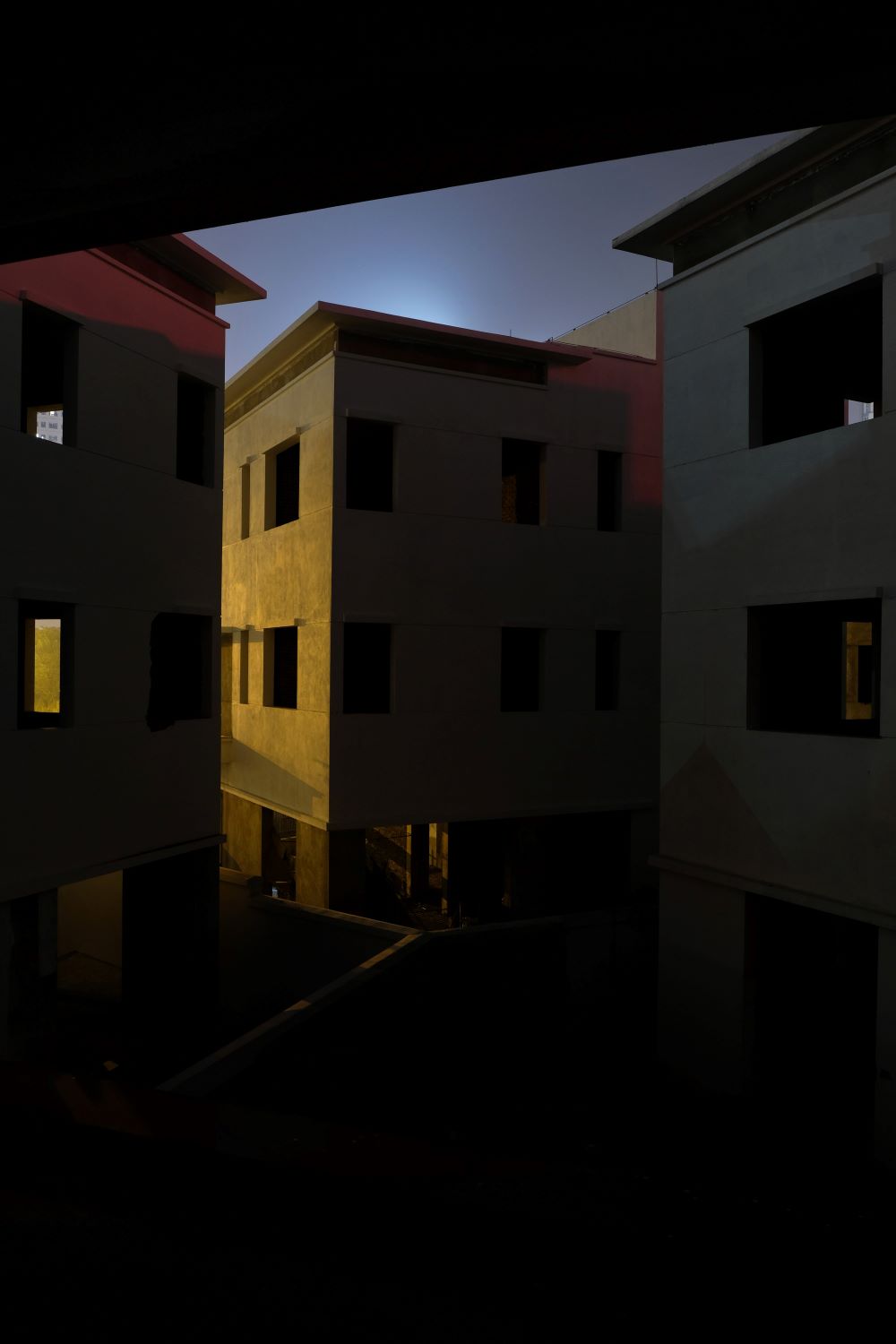 In the case of Wouter Vanhees, the city of Hanoi is a city that resists dormancy. It is a city literally on the rise and its manifest changes are everywhere aided by its rapid economic growth over the past thirty years. The ancient city has grown from a meek Vietnamese enclave to a colonial french city to an urban center with a population density in the millions. Its formation as an Asian tiger is well-underway and with all cities experiencing such rapid growth, Hanoi offers a spectacle, formed from its ceaseless building and expansion. The lights gleam, the concrete is poured and what was rich and vastly fertile ancestral agricultural lands are now becoming paved with concrete and asphalt, a city springing up from the earth as a citadel with its glass tendrils reaching skyward. 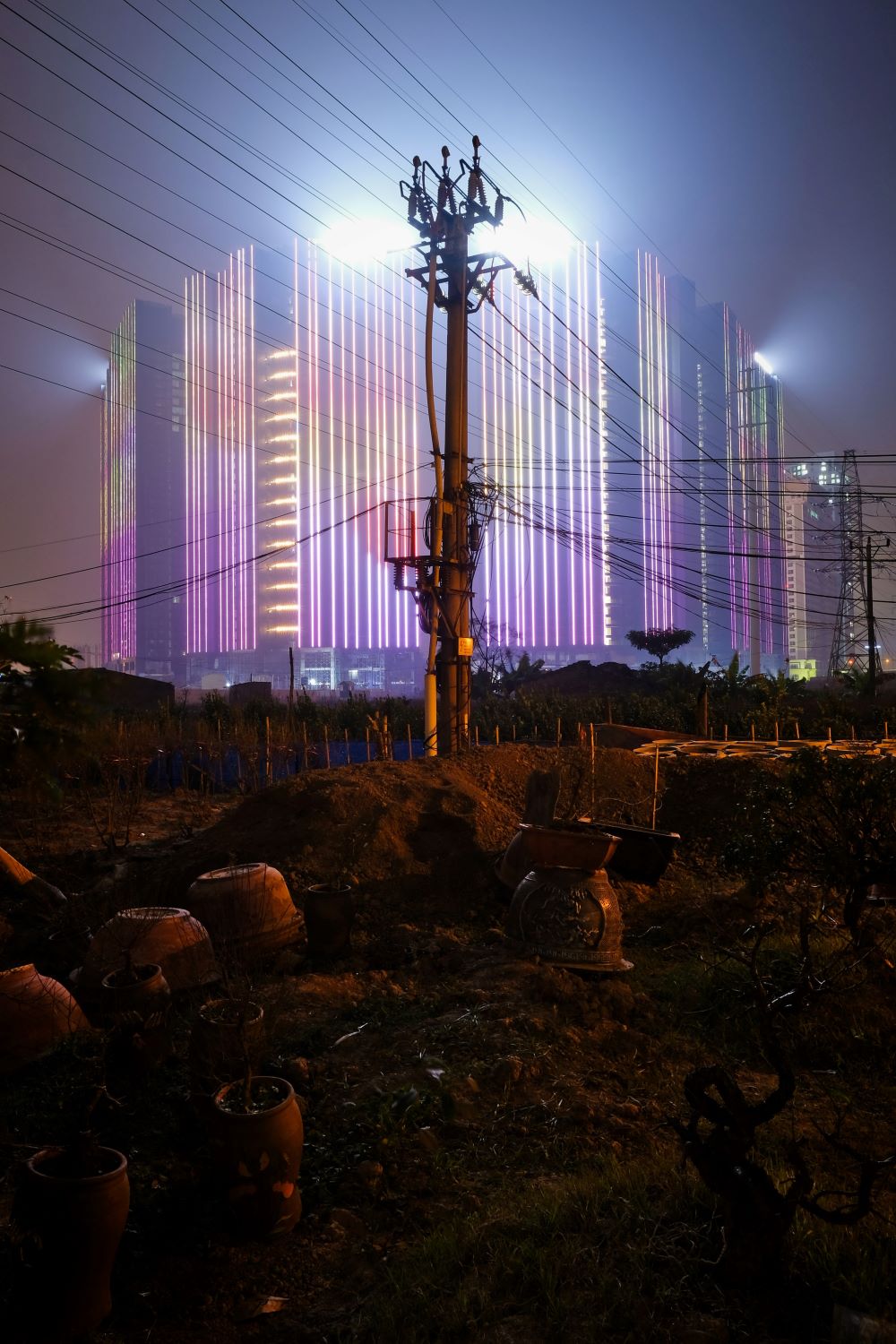 Wouter Vanhees book Hà Nội – Wednesday, 10:43 p.m. is an investigation of Hanoi by night. The history of night and photography has a long tradition and it is perhaps unsurprising that Vanhees finds a suitable muse in the theme. Different from the traditional mode of night photography captured over a century and a half of the medium’s life, is that Vanhees captures a city not so much in change, as he captures it being built from the hinterlands of the city’s edges to the urban rise of dwellings, empty but for a moment. Though there is an emphasis placed on the indexical nature of document and time through the use of the title and the perhaps overly specific desire to coordinate his project under that rubric, what unfolds throughout the pages of the book is a gem-like series of images that highlight color and periphery, giving Hanoi a nearly supernatural effect. Western artists like Greg Girard have explored this theme for over 40 years, but it is refreshing to see the city at this particular moment through Vanhees observations. 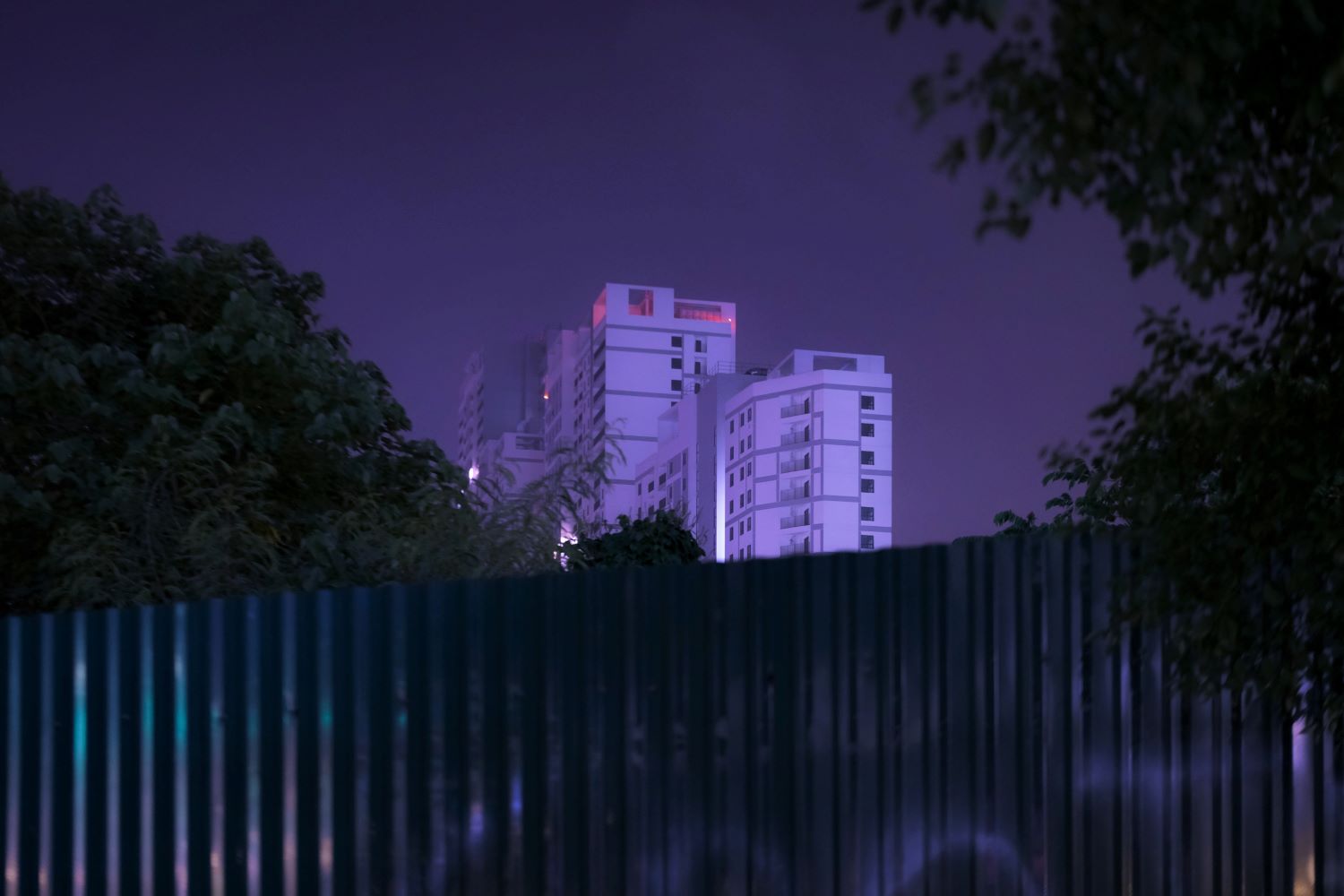 The city feels made of glass, with neon undergirding that suggests something magical in its realism. It is a solid book with an ode to traditional models of making work by night, but with the caveat of being part of the city’s new growth. To say that Vanhees is in a perfect position as an artist and documentarian is an understatement. Vietnam itself is on the rise and I am hoping that Vanhees makes use of his position to continue to document the burgeoning cityscape. It is less impressed upon the reader the specific time as to when he does so than it is that he does so at all. Well worth picking up.

Published by Matca in cooperation with
Lao Dong Publishing House