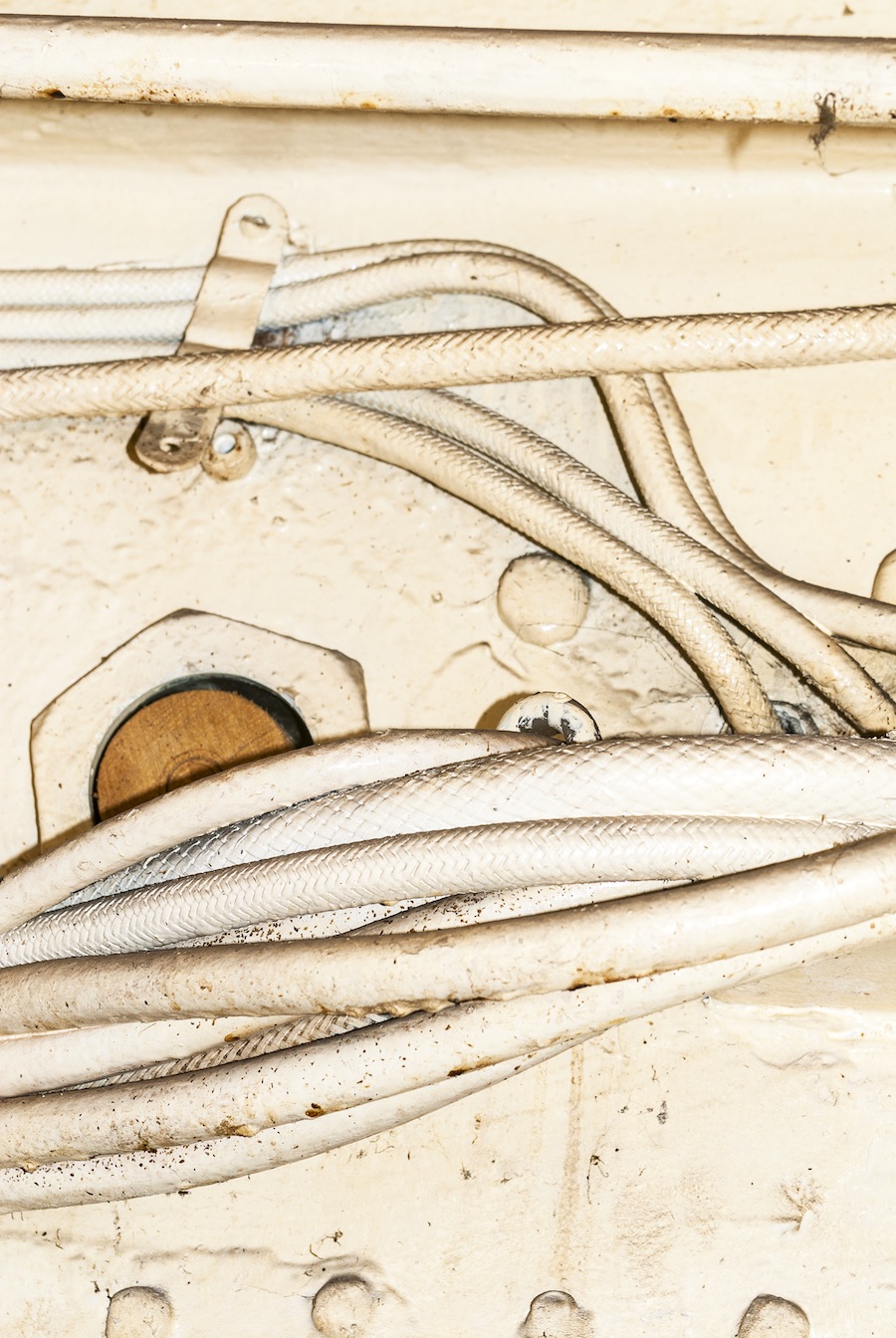 It is perhaps unsurprising that humans cling to material relics that remind them, in their shallow wisdom, of former glories that they themselves may never have lived. Monuments, crumbling statues, cenotaphs, and national symbols are built in order to honor perceived historical moments that shutter the mind, present illusions of grandeur, and present failed past ideological power as nothing more than oblique testaments to incorrigible ideas of impermanence. We pay homage to shrines, altars, and the disenchanting relics of the past. We consider their forms as potential vessels for all of our fears, our miscalculations, and our pretense to remember the perceived virtues of national character, no matter how ill-advised their message. 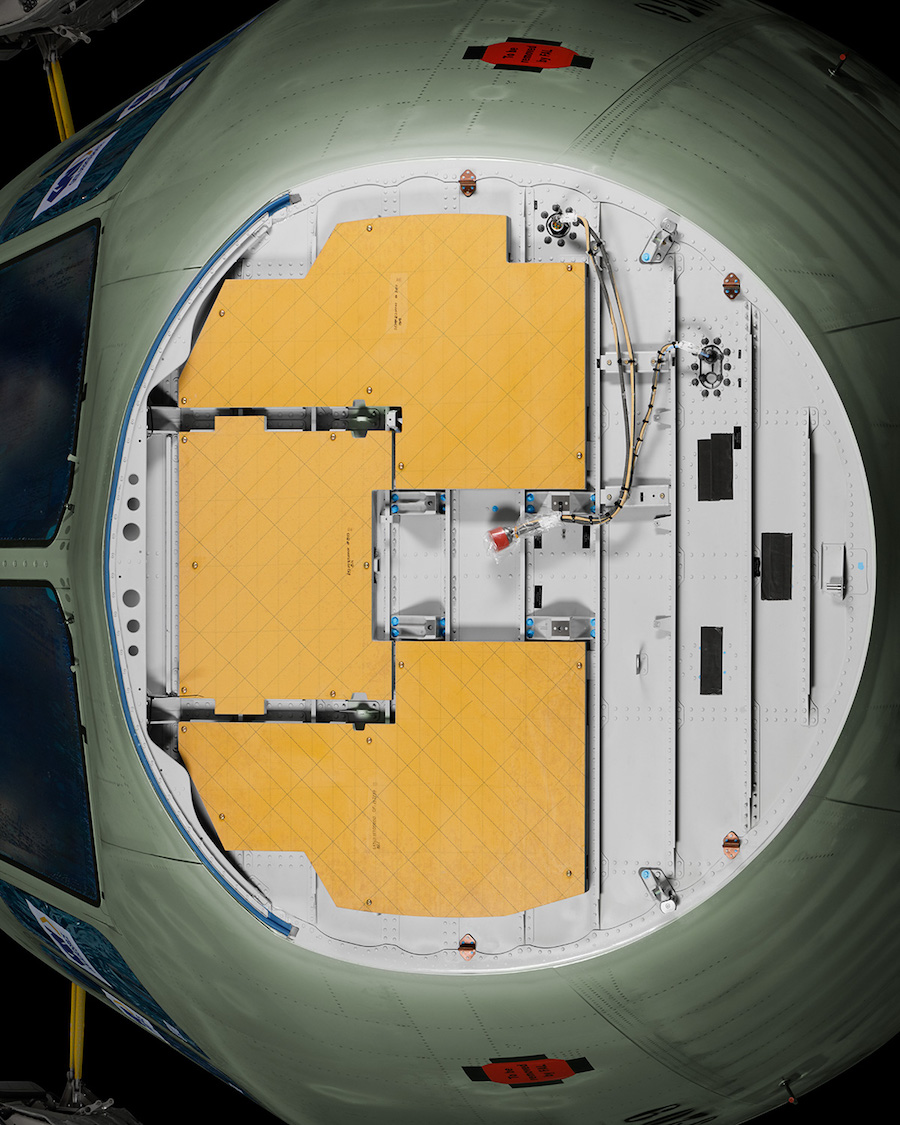 In the case of a national treasure, national monuments, and national symbolic power, these monuments are little less than pieces on the chessboard, no, the checkerboard of life, easily moved, easily displaced, and flat in their individual significance. We cling to these materials because they remind us that, no matter the decay, unfortunate infortitude, or clear dispossession of ethical value, that we or our politics should have a right to legacy. Ideology should not be salvageable, and collective memory should be questioned at every turn in regards to the graceless impropriety of totalitarianism. The requisition of memory is doomed to successive glorifications of trauma both subtle and extreme. These material benchmarks to history offer little discourse and proffer the worst of our inclinations to glorify our past or the past of a particular focus group. 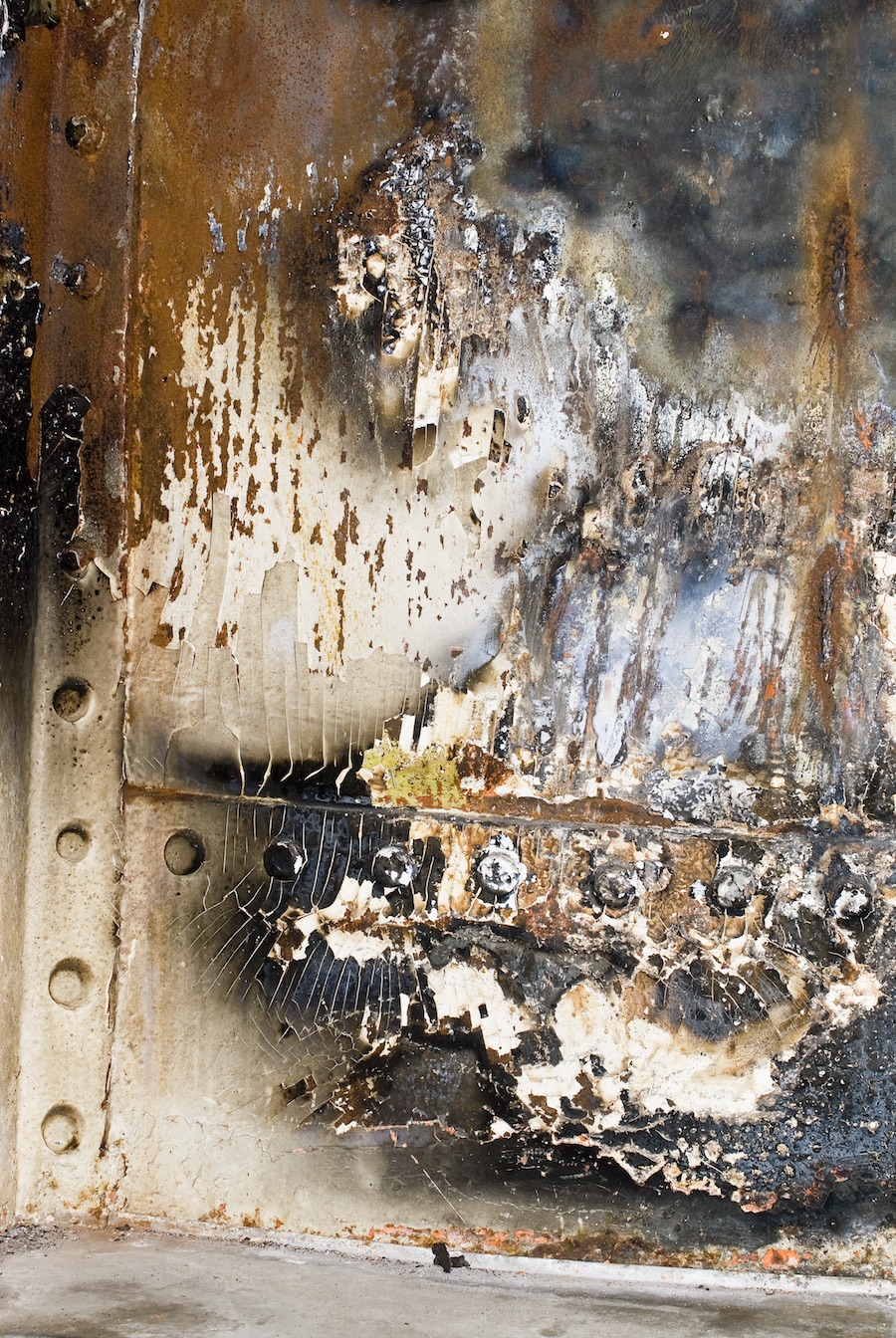 In the case of the 20th Century, there are numerous poorly conceived and poorly constructed monuments to thieves, liars, racists, bigots, and blunders. There is no shortage and most declare some sort of infamy, both apparent and conversely patriotic, and are pitched at an undeclared psychological toll that perpetuates violence both state and cultural and should not be misread as passive or simple markers of event or memory. The images that permeate the landscape in this form are no different than the volumes of pornography that officials wish to protect the average citizen from. Rather, they are worse as they exemplify a celebratory nature that insists that the human cancers of violent pornographic ideology, of battles, and of strife are something to lament, celebrate, or remember ad infinitum. Instead, I suggest that to remove the manacles of the past is to remove the constant need for apologia or tyranny that these vessels offer the human landscape. 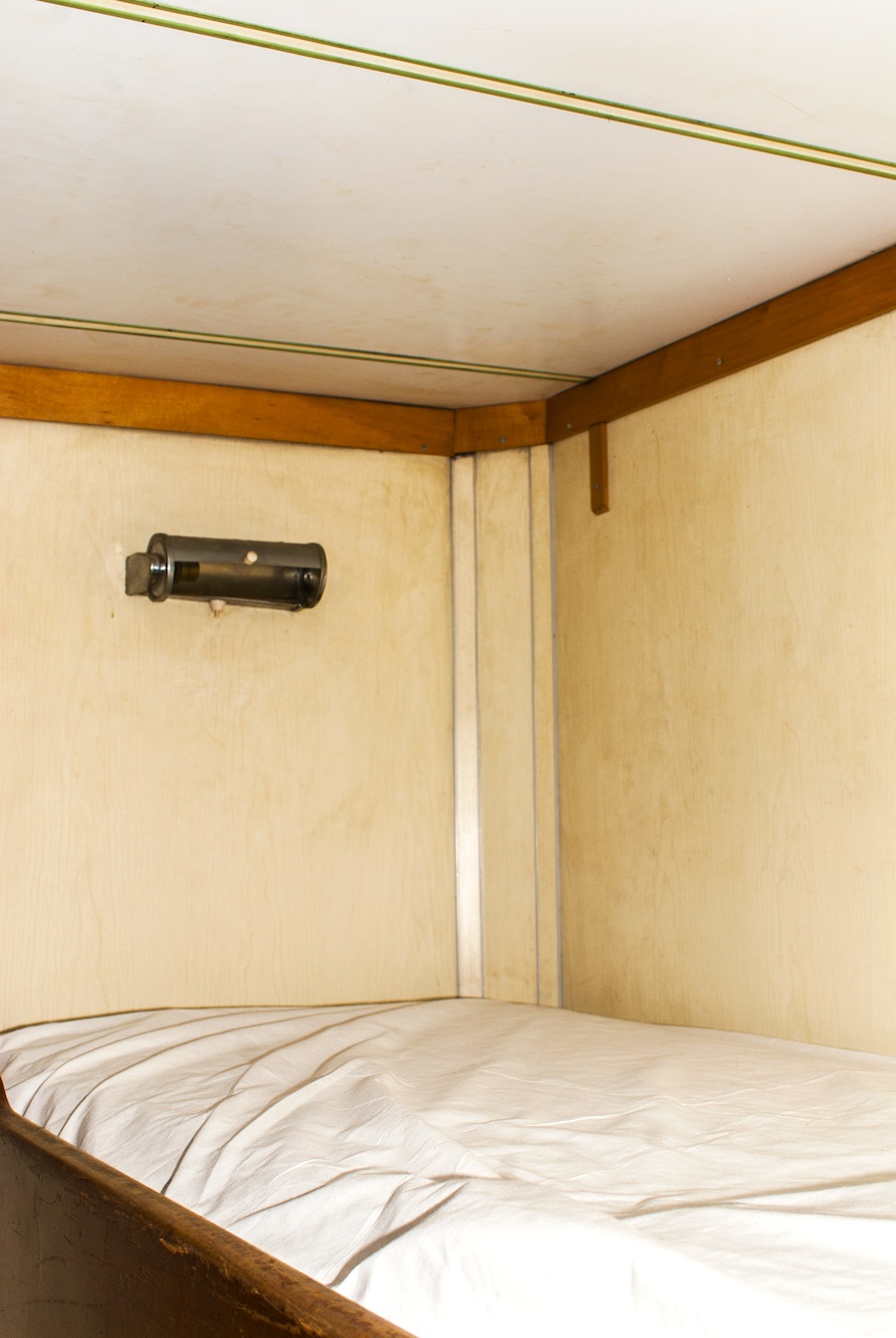 In the case of the ship Galeb, the specific tumor in the form of a re-used, recycled, and remorselessly unnecessary monument of a ship cum eyesore lodged in the throat of a former Yugoslavian waterway, the lesion that is presented is clearer. It is a buoyant tumor trespassing as a national object of remembrance. The ship has been through several incarnations and has functioned both in utility and at the service of Tito’s never-quite-disappearing ghost. The Galeb’s hull rots and rusts peacefully in decline, but like any tumor, nobody wants to own it. Instead, it presents us with a symbolic disorder in which its rot has settled in and though it does not contain any probable capacity to be worshipped, it does not feign death easily and it sits and it waits, only to court potential resurrections as they become possible. The Galeb was Tito’s mirage. It was a ship purposed to symbolize the glory of his authoritarian rule and in its decay, symbolizes the change of ideological regimes. That the ship does not die completely, like all ideologies, suggests more potential for a problem in the future. 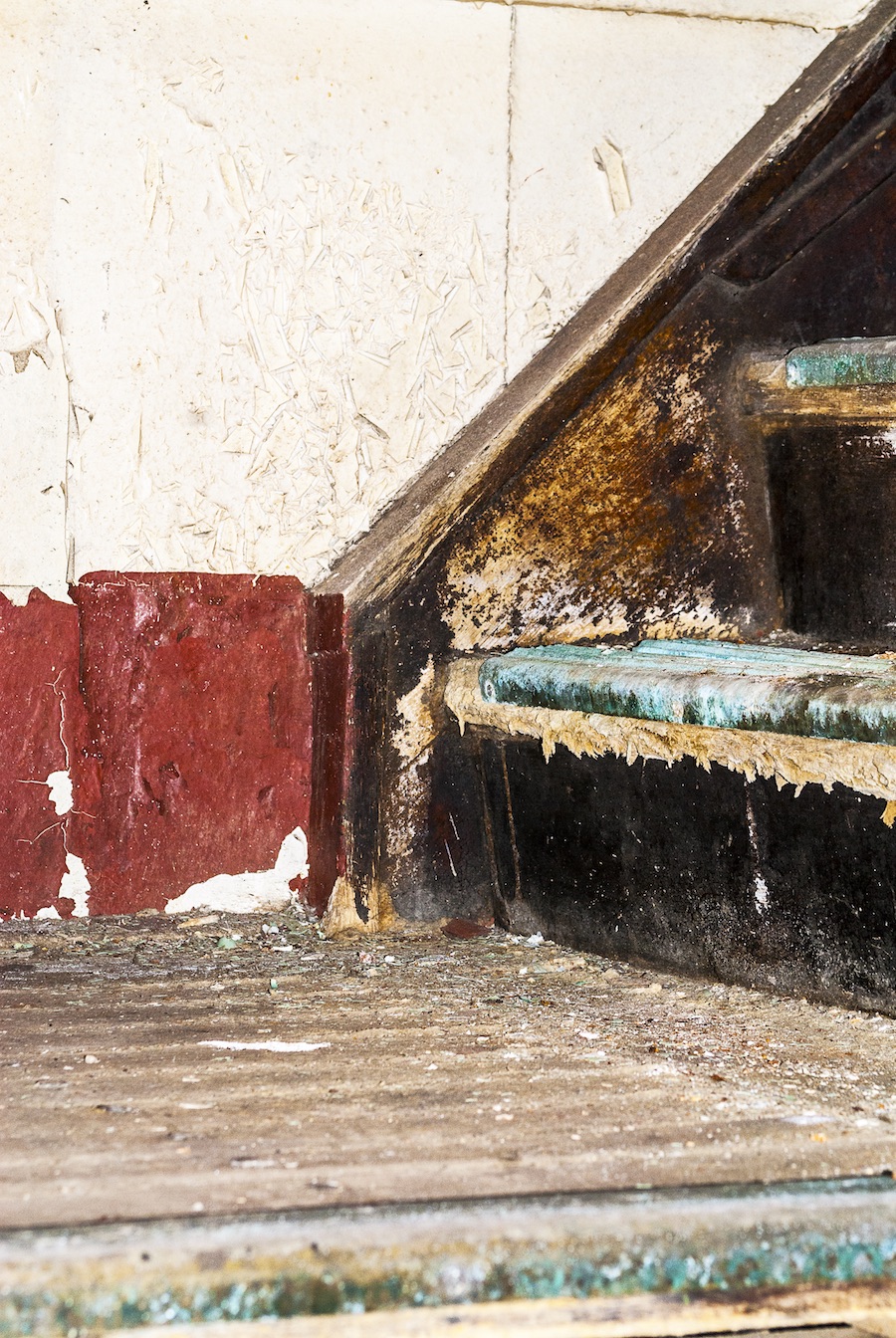 Matija Brumen‘s accordion fold book published by The Angry Bat is a fragmented look at The Galeb and is a convincing experience regaling the misery of history found in a contemporary historical object. The photographs explore the decay and interior of the ship with a simple and direct symbolic gesture. The photographs are solid, if claustrophobic, but perhaps that was also an intended consequence of working in such close quarters. The book is well-designed, ordered, and is an interesting example of decayed ideological power. I find projects like these to be effective. They do not artify intentions and posit less about the author than the phenomenon of the subject itself. The essay by Marcel Štefančič Jr. is worth mentioning as it is a commendable series of observations about the history of The Galeb and its history entertainingly and methodically laid out. It is a rare example for me personally where text adds layers to the work.