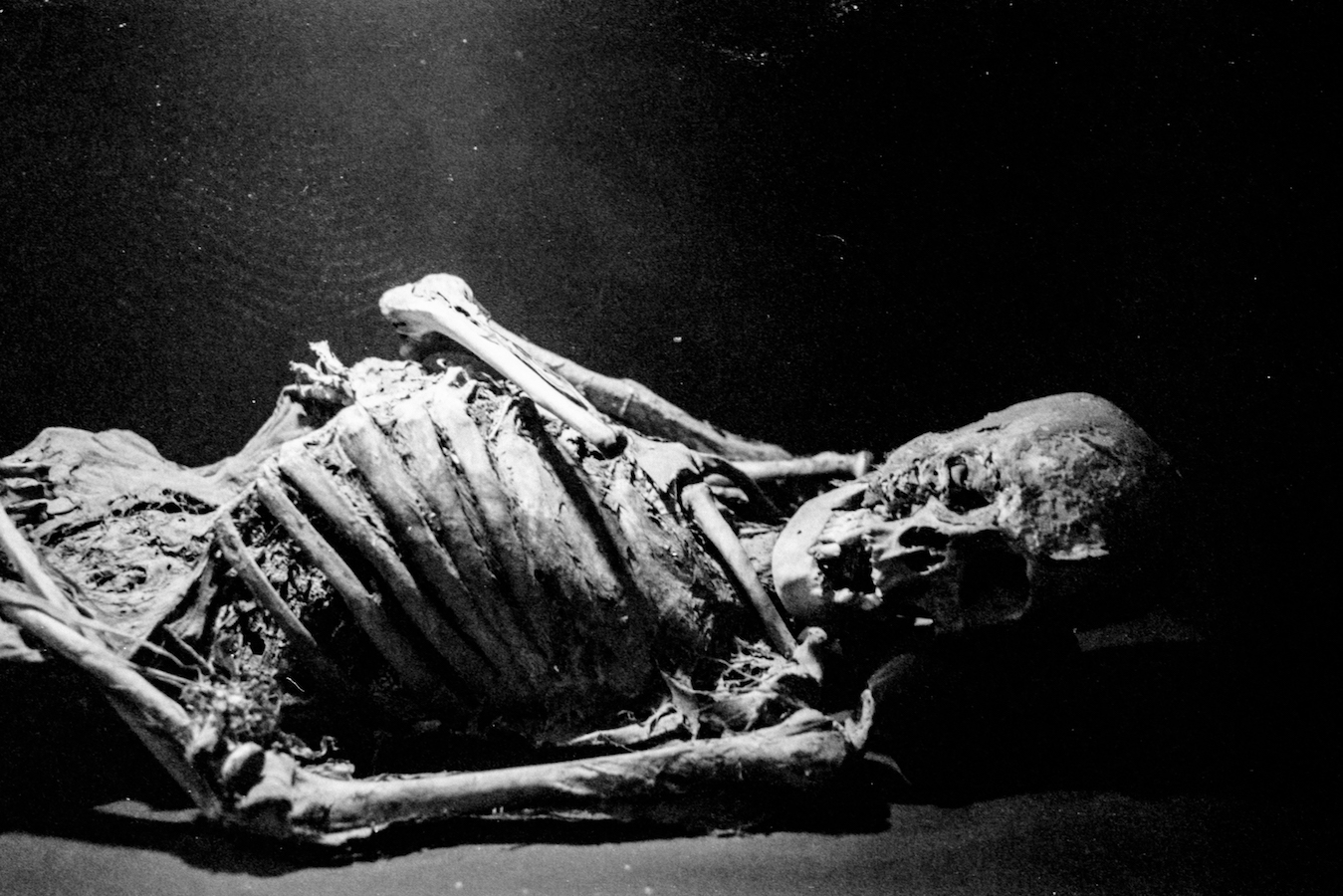 I was confronted with three parts of a mental soundtrack while paging through Thiago Dezan’s new book When I Hear The That Trumpet Sound (Selo Turvo, 2021, ed. 200). The first track based on title and the book’s black endpapers and the ominous black cover was Behemoth’s Blow Your Trumpets Gabriel, a rich and textured track of blinding blackened death metal ferocity from the Polish group’s finest album, The Satanist. The second and third tracks to my mental soundtrack came when I opened the book. 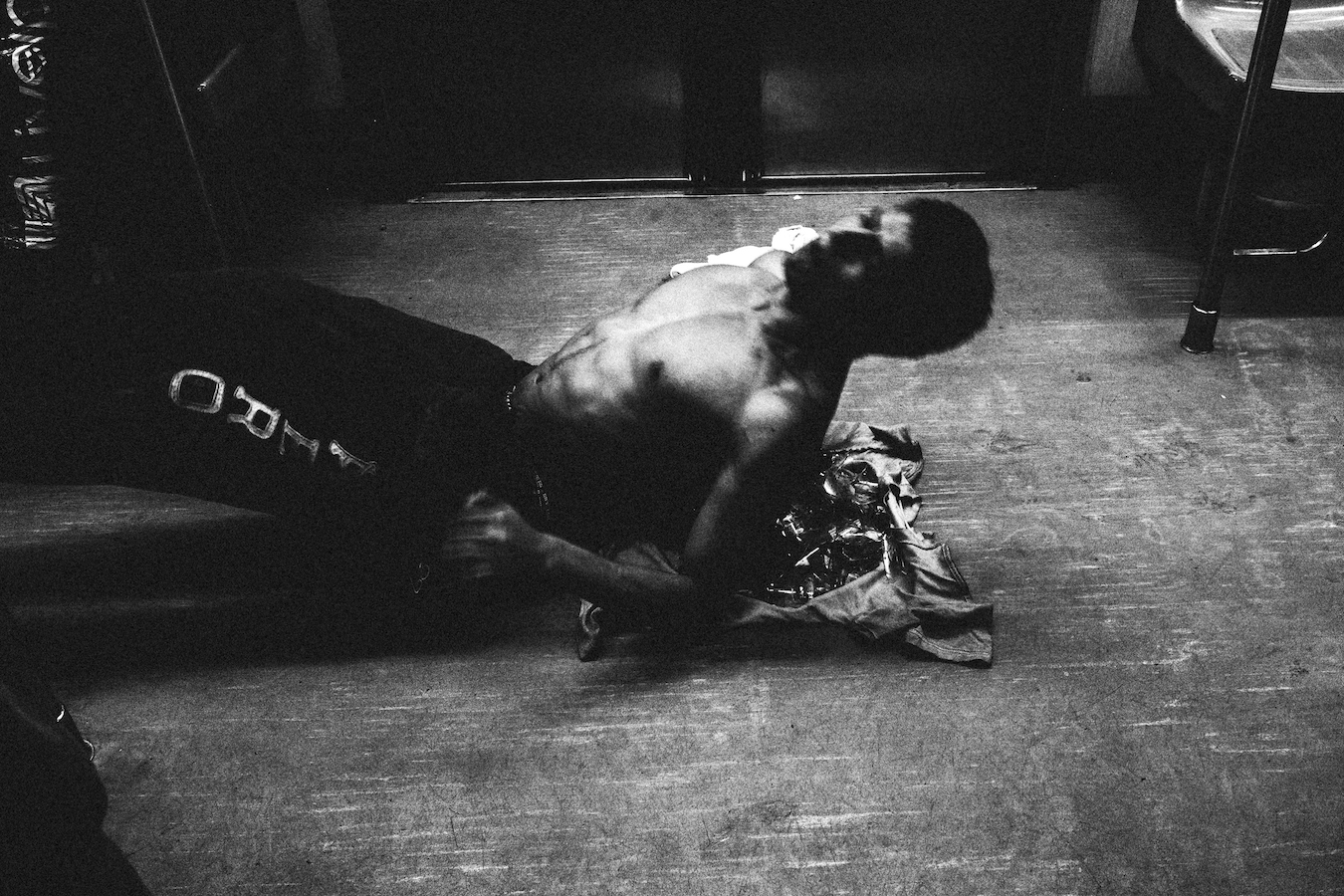 After a cursory flip-through, I immediately realized that the same pressures and points of social and political agitation that I had felt as a young adult when first confronted with Sepultura’s refuse/resist, arguably the band’s highwater mark (for that portion of their career) and Ministry’s N.W.O from Psalm69 felt alarmingly familiar when I looked at Thiago’s book from a point of view nearly 30 years after the latter two tracks dropped into my consciousness. I think it’s pertinent to mention Sepultura, in particular, as both Thiago and the band are both from Brazil with political viewpoints that feel somewhat co-aligned, by the looks and sounds of it. 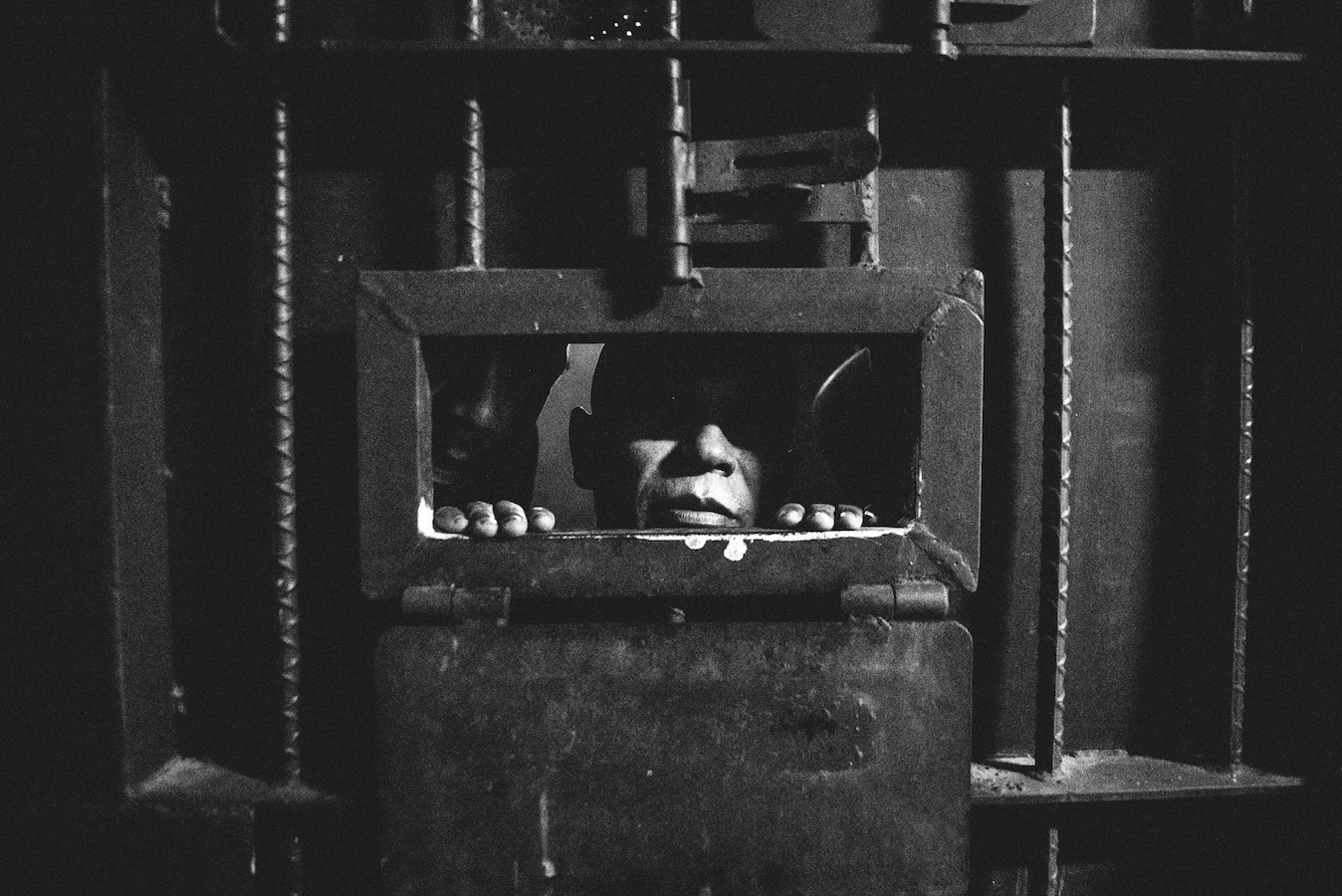 There is no real need to usher into the concept of the soundtrack for Thiago’s book, but I feel that it was worth mentioning as my first associations were audible and not visual. The scratchy and grainy black and white “photojournalistic” style of photographs are to be read in a state of decay given their pockmarks, “imperfect” surfaces, and the images of social collapse that they allude to within their frames. In terms of photographic references, I am reminded of Gilles Peress immediately. There is an urgency in the dour and grey-veined smoke of Thiago’s images that feels necessary and chaotic. They do not function as strict photojournalism but can be read instead as social and environmental records. Their opacity is their asset. Their echoes of decline nurture the discussion about the state of the world at present that circulates between state oppression of minority people, lower classes, and the disturbing “essence” of the penal system and its continual neo-enslavement of brown and black people in the Americas (plural). 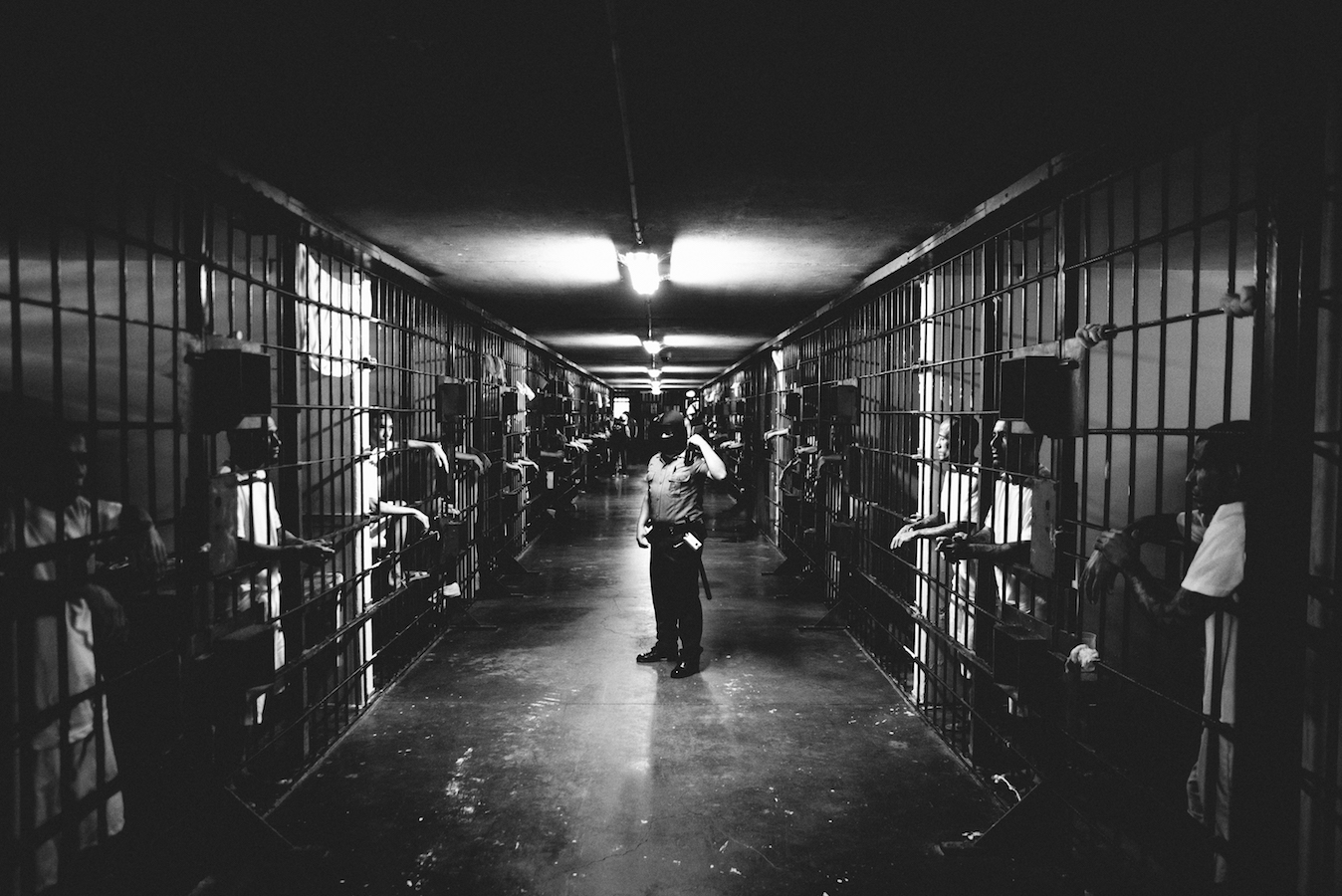 Thiago traveled through the Americas between 2016-2020 to shoot the work that would become this book. It feels like a general study of the Americas during the reign of new despotism as outlined both by Trump and Bolsonaro and you can feel the discontent and the creeping oncoming of a revolution forming. It feels as though one match could explode an unseen powder keg of violence. And make no mistake, while the images in Thiago’s book refers to violence, the scratchy (think R. Frank) words carved into film base with a needle feels violent or perhaps self-harming in their physical manifestations-perhaps a loud bloodletting cry of anger best describes the metaphorical existential dread found within these particular images in the book. The photographs depict prisons, homelessness, police pressure, balaclava-lined military men, the petrified mummies of Guadalajara, street skin sloughing from street bone, and a tremendous amount of scar tissue. 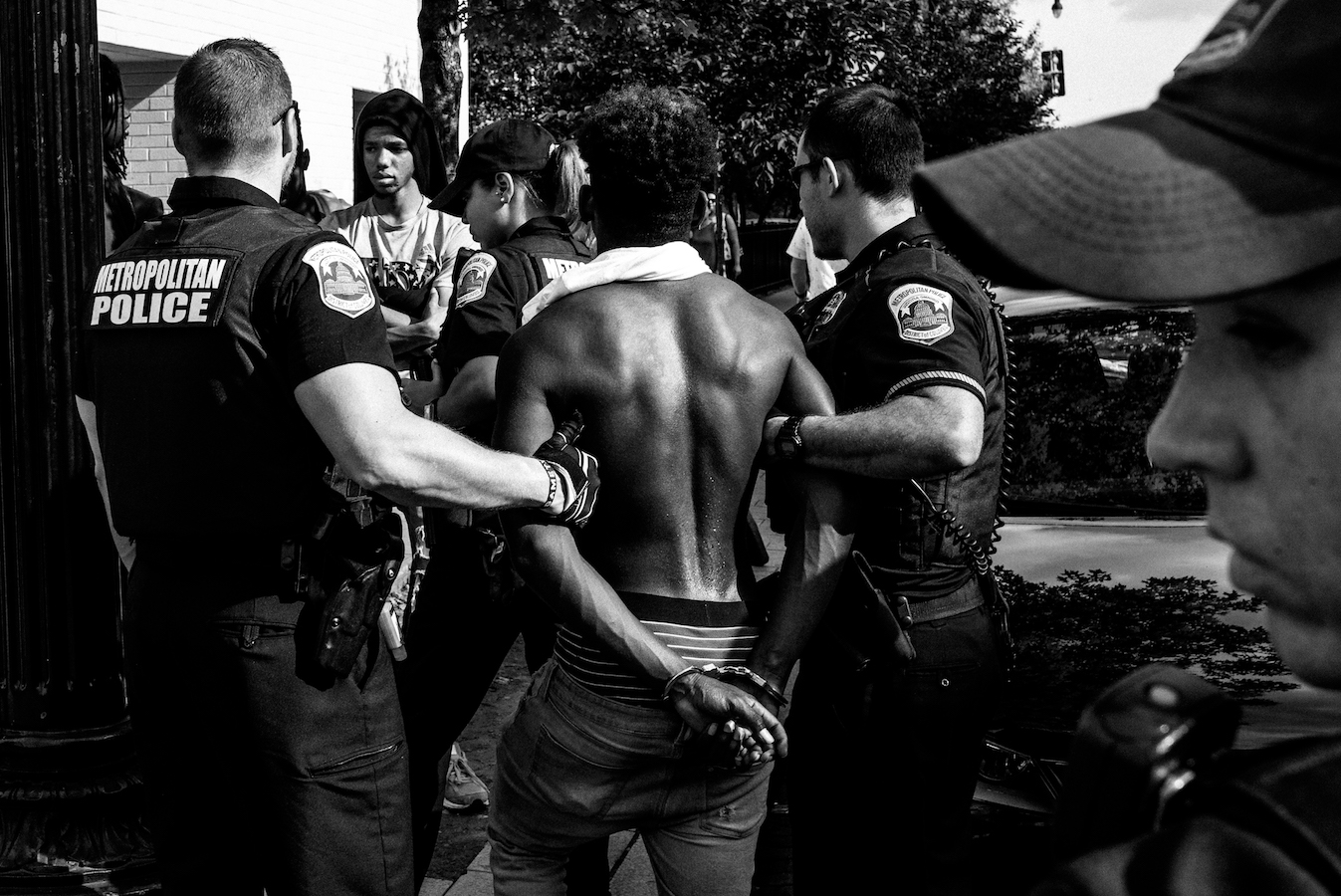 It is a strong body of work that at times feels incredibly uncomfortable and pissed off. I had a few knee-jerk reactions to a few of the photographs of the homeless within the book due to their vulnerability. However,  in the case of the book, I actually think this type of declarative statement is necessary. It is not a book made for the purposes of titillation, nor is it asking to make the vulnerable simple fodder for artistic creation. It is something more like an anthem, a song, or a trumpeting call to arms to refuse/resist the ever-constricting apartheid world of the have and the have-nots. 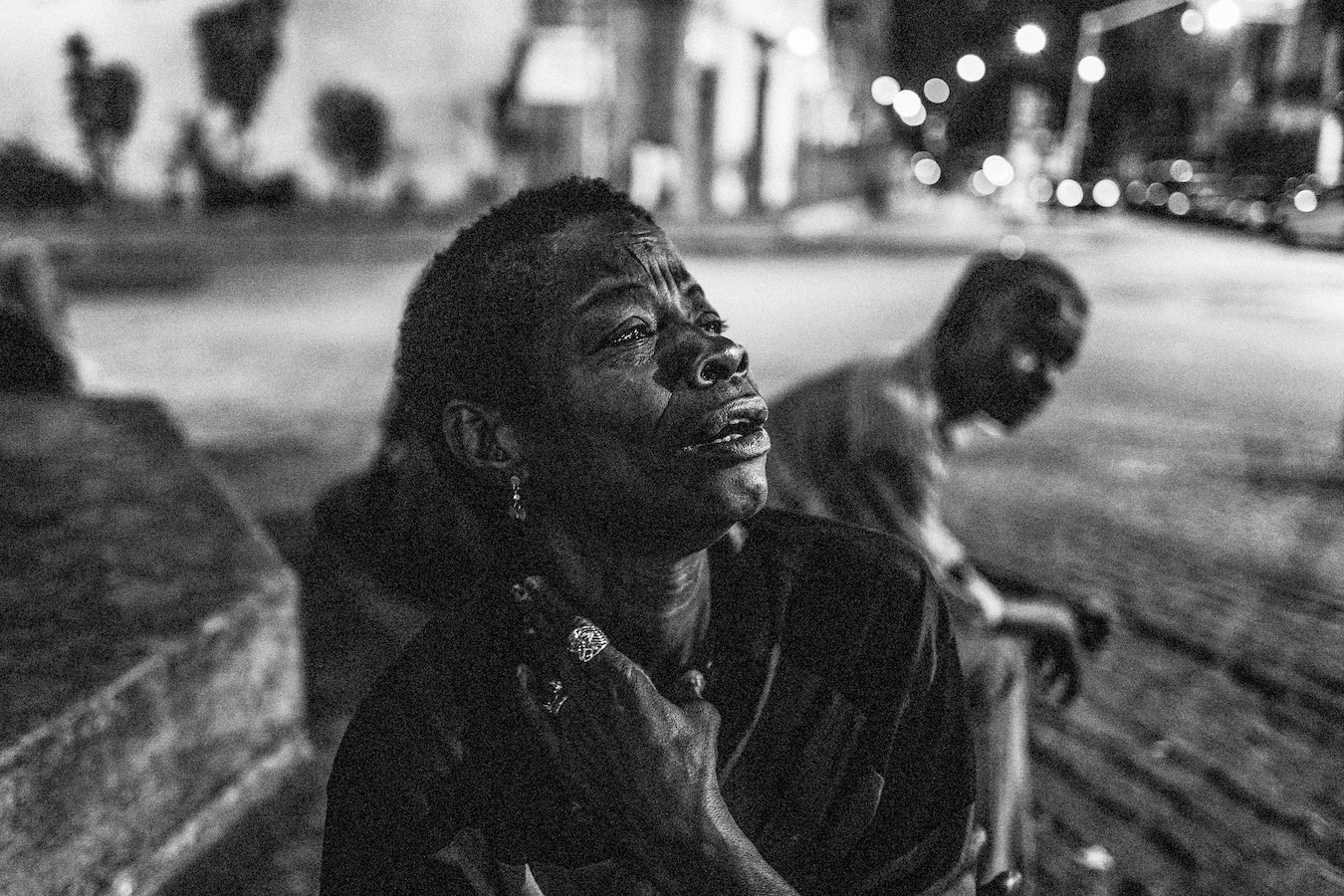 I have one criticism of the book in its entirety, which is in and of itself worth pointing out as the subject matter that Thiago treads with the work in this book is rife to be pulled apart and examined for its authorship over its content at the slightest waver of contested visual terrain. That is to say, the maneuvering of this type of material in its complexities is well-handled by the artist’s approach, energy, and clear position of pissed offed-ness. There is a sincerity in the work that exceeds any sort of flippant gesture of borrowing struggle to peddle books. This should be made evident. 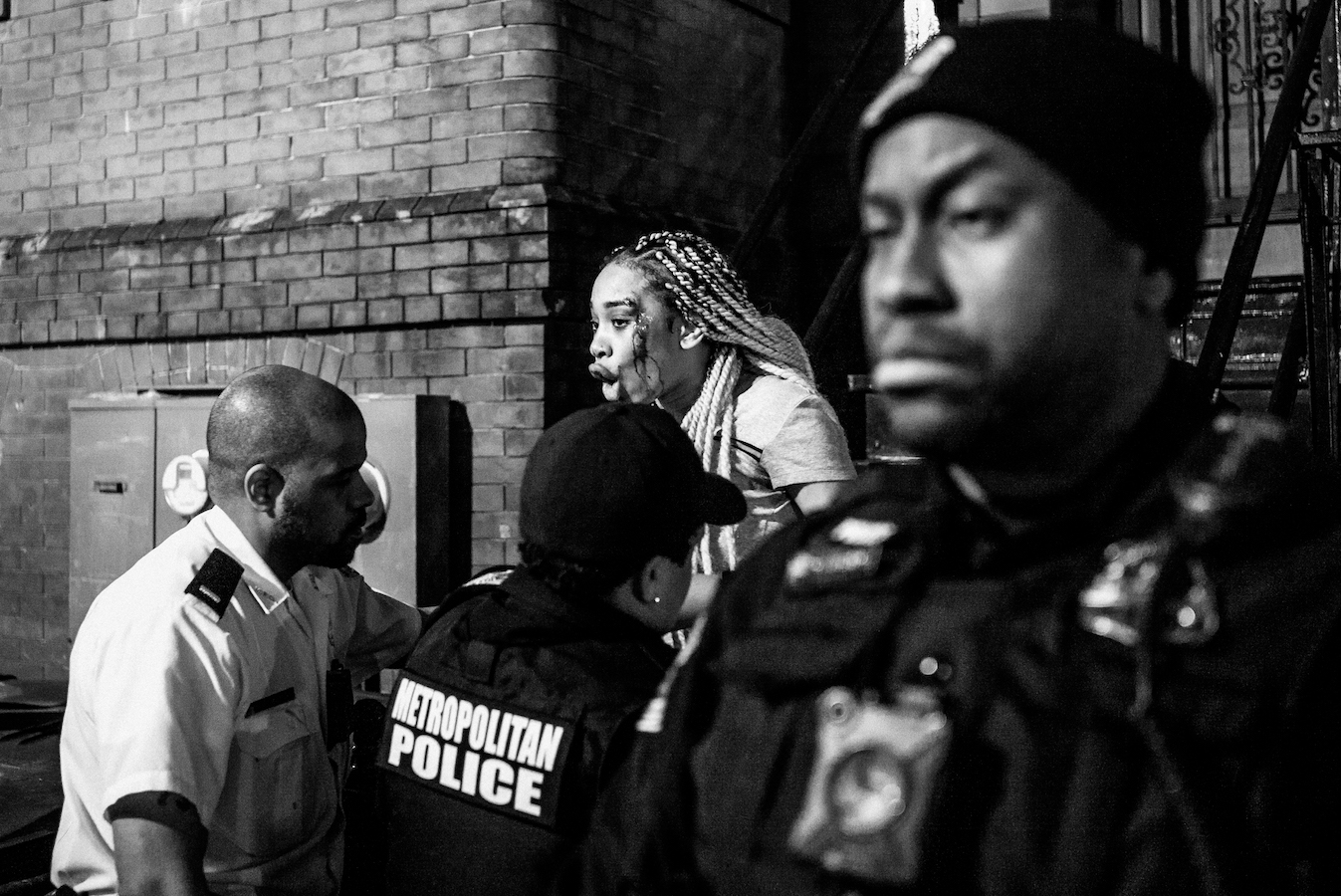 My criticism is as follows and it is a very light criticism at that. The book comes with a balaclava. It is, of course, an incitement to participate or strike a reference to solidarity with a revolutionary spirit. My criticism is that it is not necessary and is the only point in the whole book where I feel novelty is noticeable. Ending on that note, I am curious to see where Thiago goes next. I often think as image-makers concerned with social ills that at some point, we may have to stop relying on the camera to tell us what we already know and may have to join the struggle. Sometimes images and words are no longer enough. 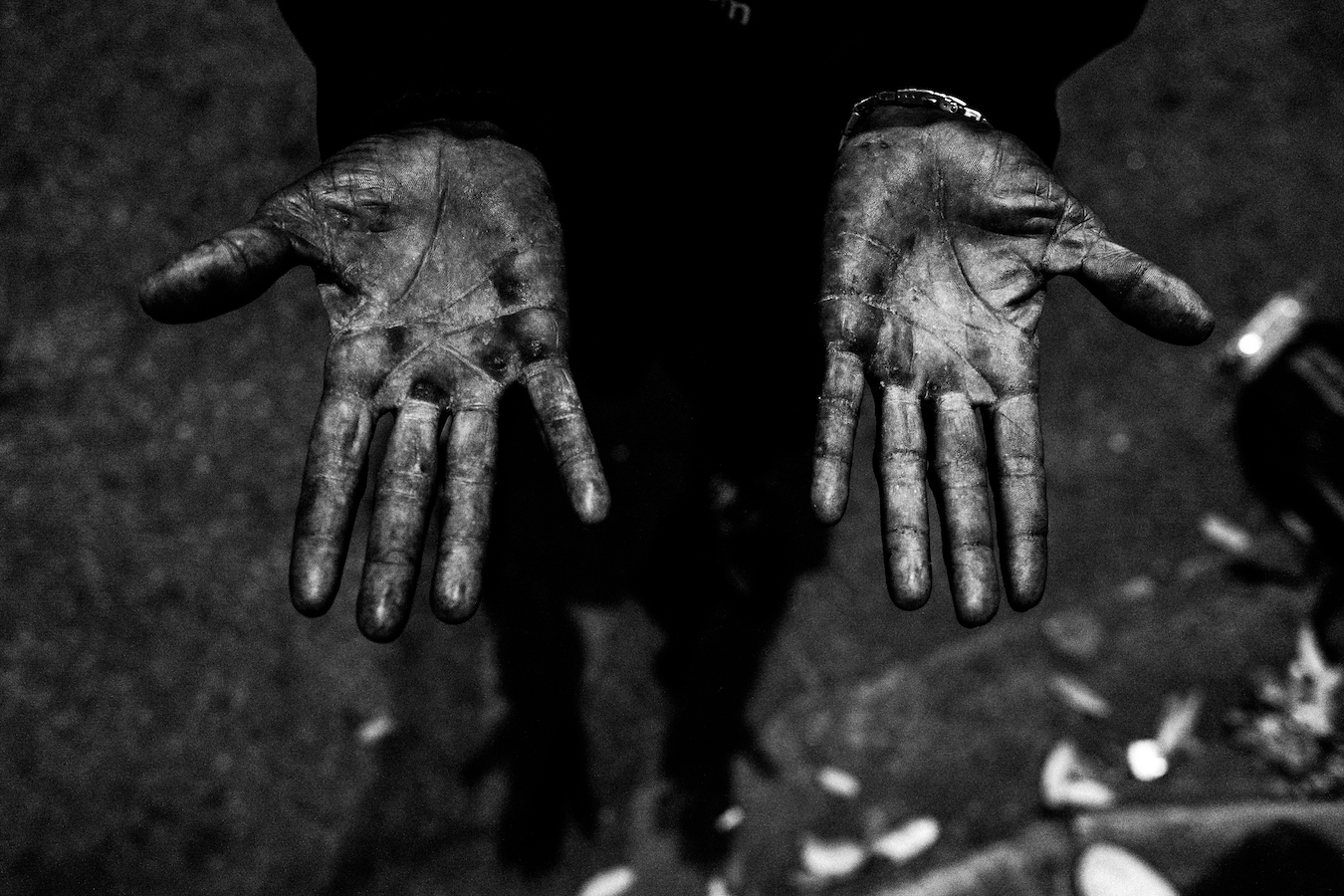 When I Hear That Trumpet Sound