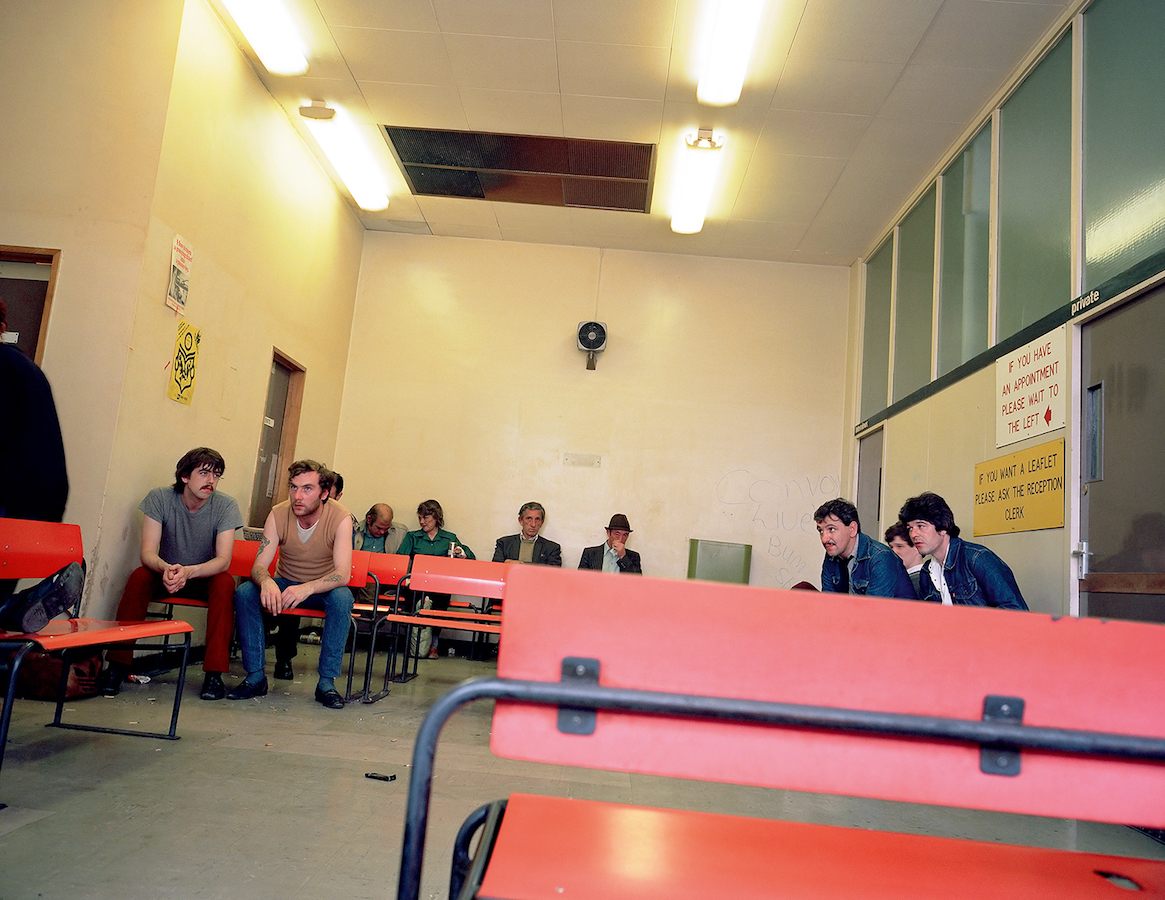 Despite my years of thin gruel during my time in London, I count myself as lucky for being able to divide my time there into simply “getting by” and avoiding bureaucracy. I have little talent for the regular custom of monthly, let alone weekly subscription to anything in which demands of my time are met with government prying. I never signed-on for housing benefits or the dole. It is not because I was wealthy or economically privileged, nor do I look down on the experience. It’s not a model of avoidance based on pride. It’s not that the particulars of class discussion or function elude me. 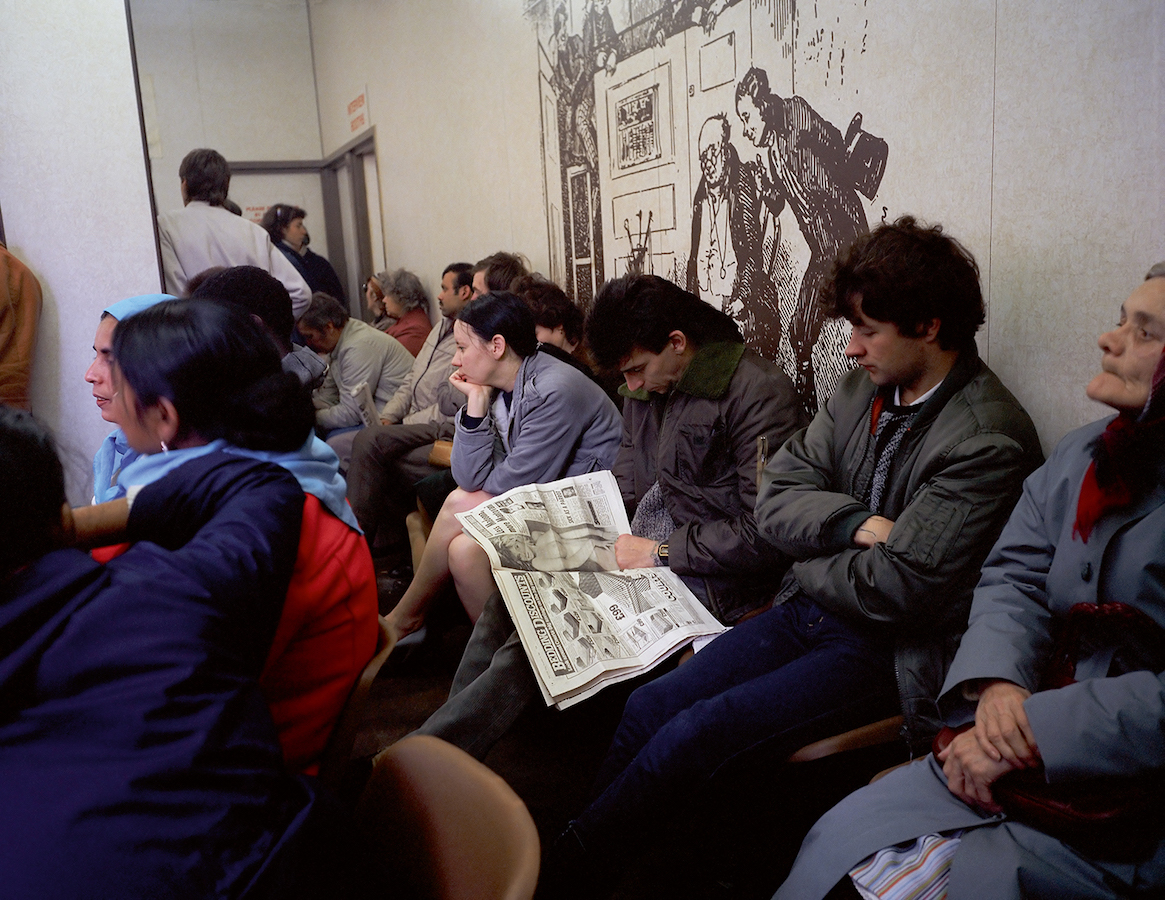 I have a myriad number of friends who were not as fortunate. I was regularly filled in on the comings and goings of North London dole offices by actors, artists, and musicians with whom I shared my time and often housing. I was lucky. I found ways to get by that I had inbuilt in my early 20s. Most of this was done by selling photographs at auction and on online platforms such as eBay. Though it did not pay well, it gave me the advantage that I did not have to be tethered to the jobs or financial system of any one place that I lived. I have carried this with me until the present moment. This is not a hint at my arrogance, it is a hint at advice. 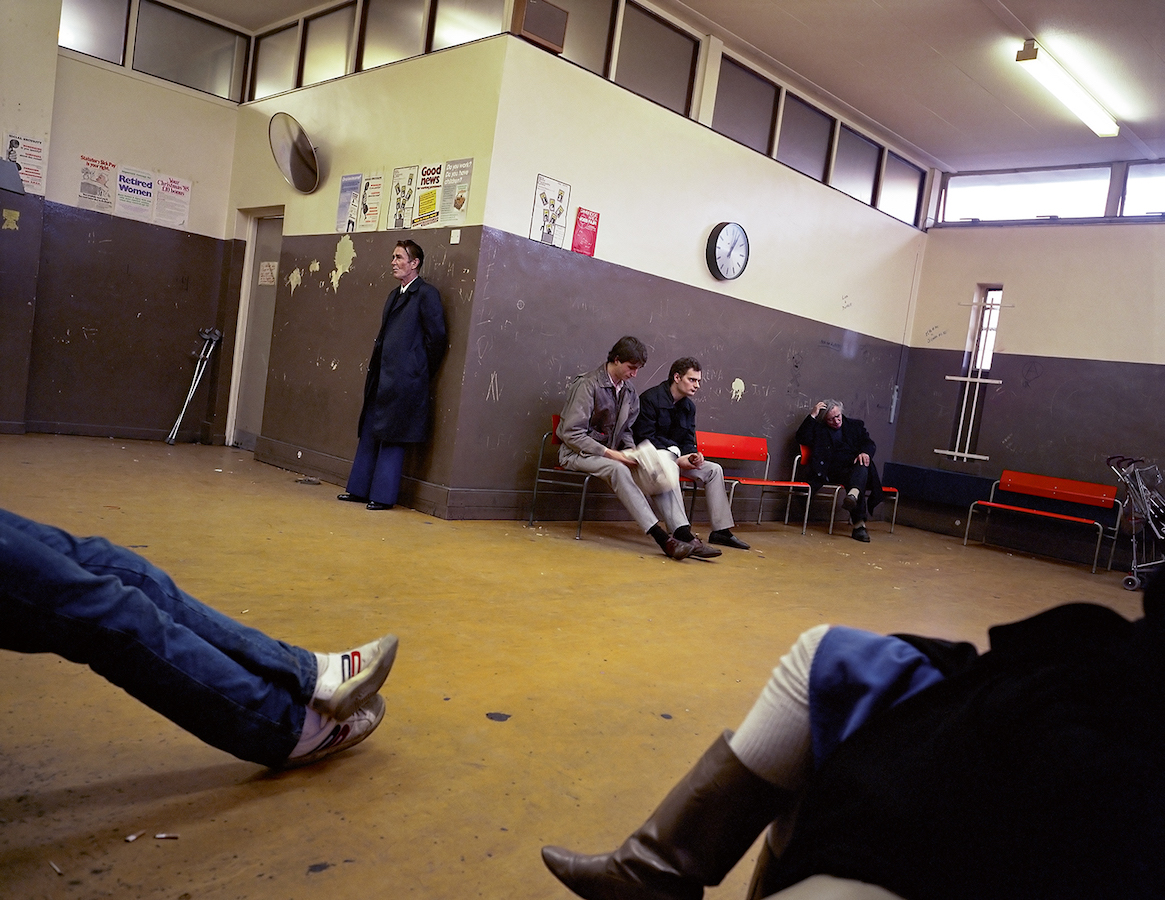 In reflecting on British social schemes and thinking through the demoralizing atmosphere of many of these signing-on offices found in Paul Graham’s exceptionally morose Beyond Caring (MACK, this edition 2021), I am reminded of those bullets dodged, but in looking at this incredibly important work, I begin to see the people inside for their vulnerability and the way this vulnerability struggles and gasps against the cold hard terrain of the office interior lit by overhead bulbs no doubt buzzing and wheezing at times with their last gasps at being conducive to electricity, let alone illumination. These interiors in Graham’s photographs speak the plain and hardened truth of the Thatcher years. They also cement the unease of waiting; an action almost indescribable in the minds of those observing its condition. 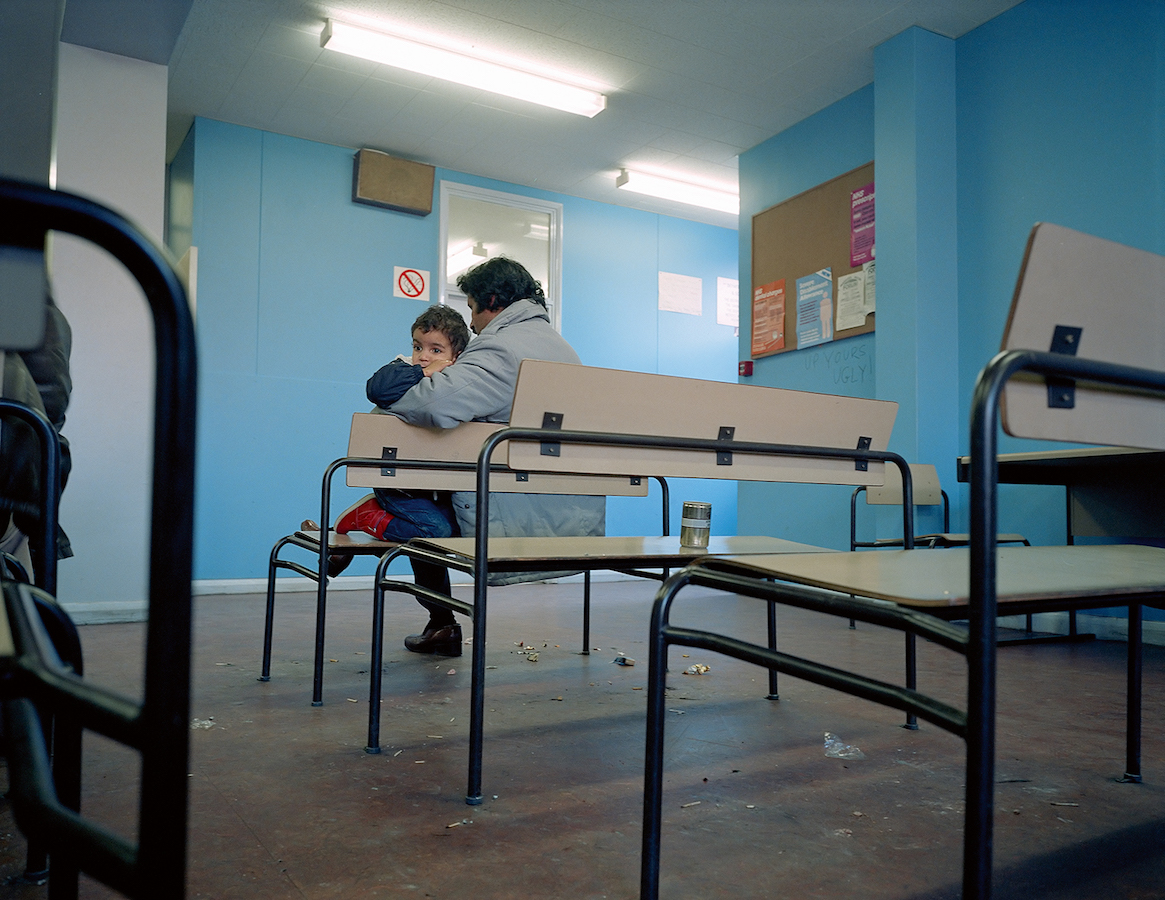 Much has changed in the condition of these offices since Graham made his work in the early 80’s-they have been modernized into gormless corporate sameness-the “flavor” of patchwork un-uniform dole office with their seemingly chaotic uses of space have been rendered unsuitable for the needs of the state and have been upgraded to include a flatline design of sameness, carpet, and a distinct lack of septic character. When you look at the images in Graham’s book, it is striking to see the condition in which people, the lower classes, or the minutely unfortunate are asked to sit out their time in such conditions with children, aging parents, and a bevy of cigarette butts unceremoniously ground into the floor nestled amongst crisp remnants and Kit-Kat wrappers. It feels quite uncleanly and de-moralizing as mentioned previously. Of course, my tin foil hat itch suspects there is something in this. That the transference of low-standard acts as a cudgel to keep class divisions and lines drawn tight-what optimism can be reached in such dire places of need? 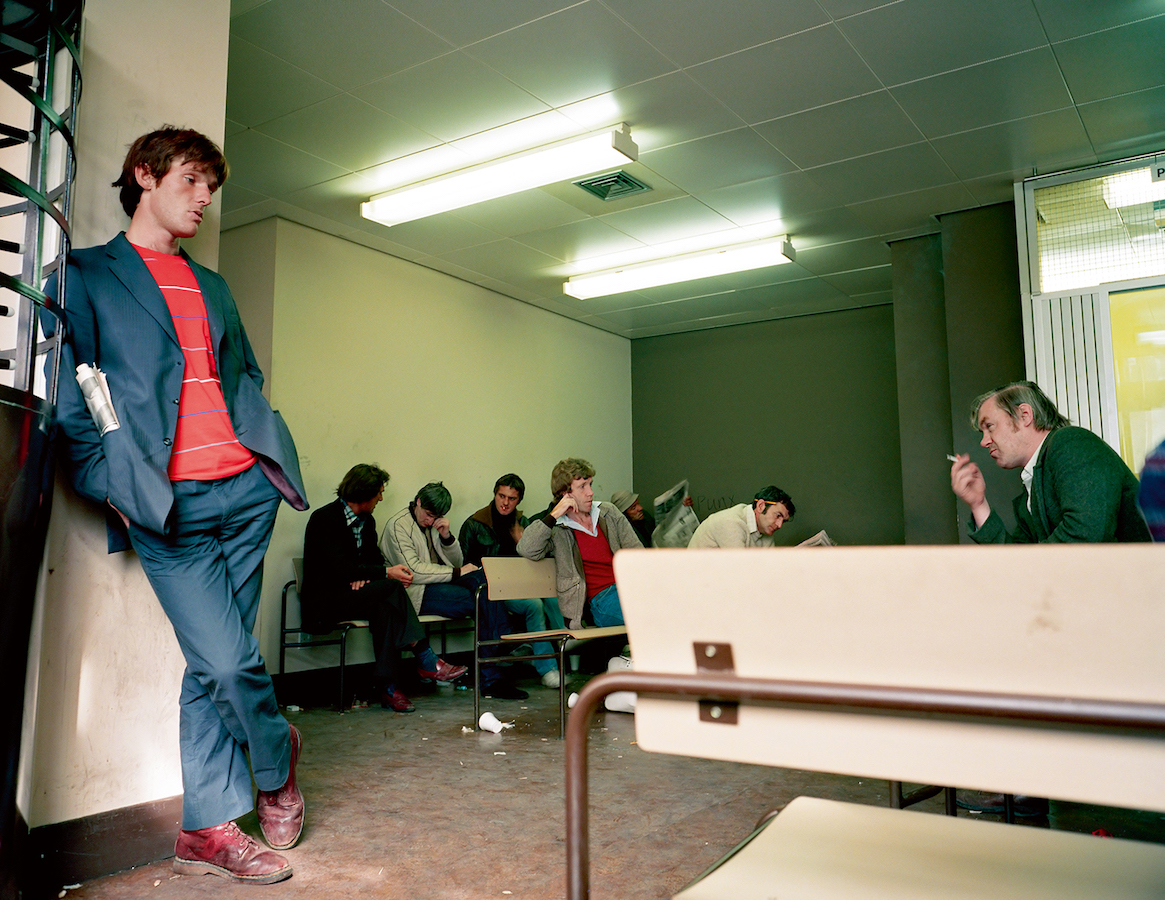 This is Graham in his finest hour in my mind. Though I am equally astounded by a number of his other works from his books A1 to New Europe, this one body of work is most exemplary of his interests in social matters-his prowess of observation is at its height despite his camerawork being jilted by the environment from which he made the images. The images do feel “sneaky” and we can question that value. We can dissect whether to give into reductive labels of poverty porn or accept that this body of work is important in discussing and more importantly visualizing class in Britain. I believe it to be sincere and of the latter inclination. The skewed framing in the images attest to the disorientation of the place, but also that in State offices, photography, if not smoking, has always been looked upon as verboten.

I am oddly reminded of Tom Howard’s ankle camera that made the famous last photograph of Ruth Snyder at her execution from the floor and without permission-an image that would be used to question the death penalty and the use of Old Sparky. One cannot help think that by visualizing poverty or economies of class, that Graham’s work stands as equally important for his ability to illustrate the problem. I remain a huge fan of Graham’s early work and finally being able to have this book in hand has jarred loose a number of thoughts regarding waiting, class, and Britain, a country that I still hold very dear to me. Highest Recommendation. 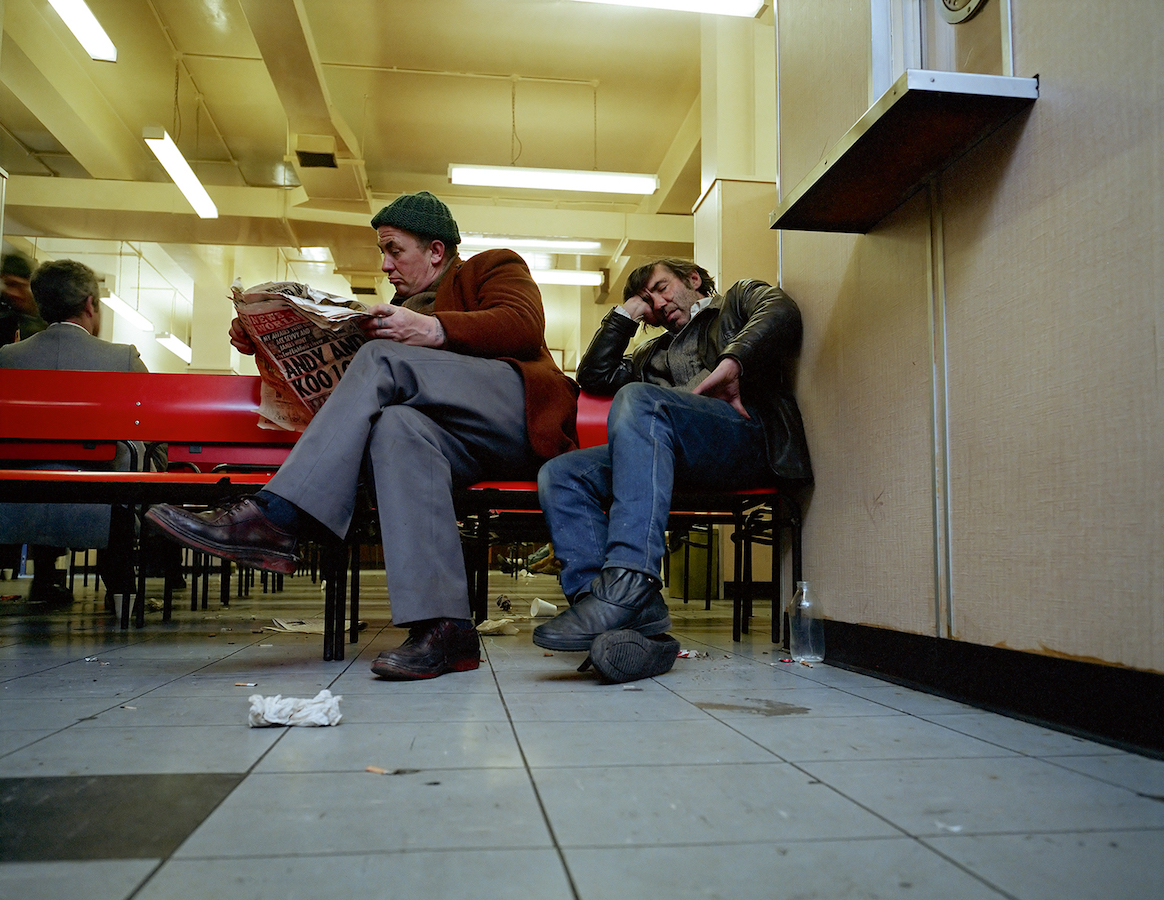