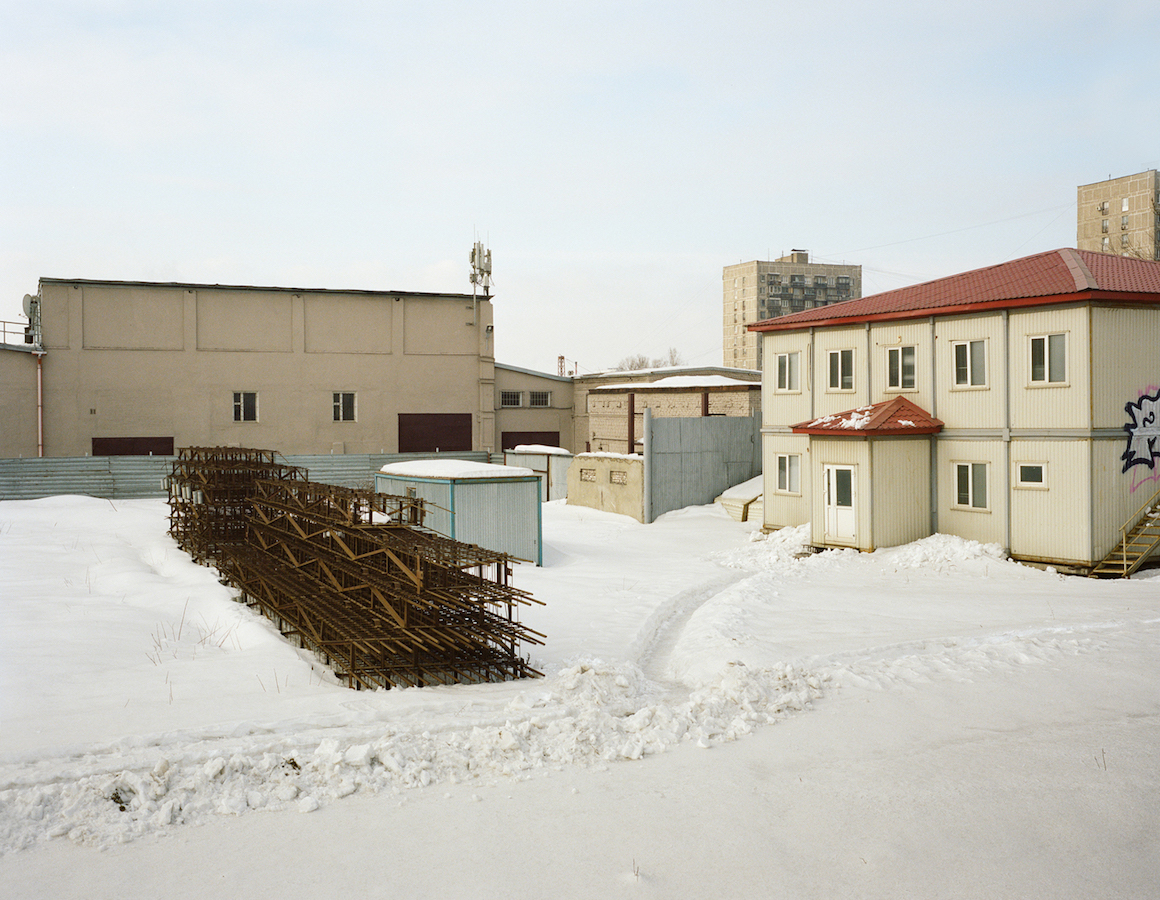 Though change is metered through the concept of progress in urban space, oftentimes there is an arrestation of form as its transitions from one set of facades to its new progressive and updated counterpart. This arrestation sees the hybridity of new and old caught in a transitional moment in which both are vying for dominance. The old seeks to continue its form of tradition and familiarity while the new stakes claim as a portal to the future. The new seeks to align with an increase of modern aims and is seen as a proponent for younger thinking and change. 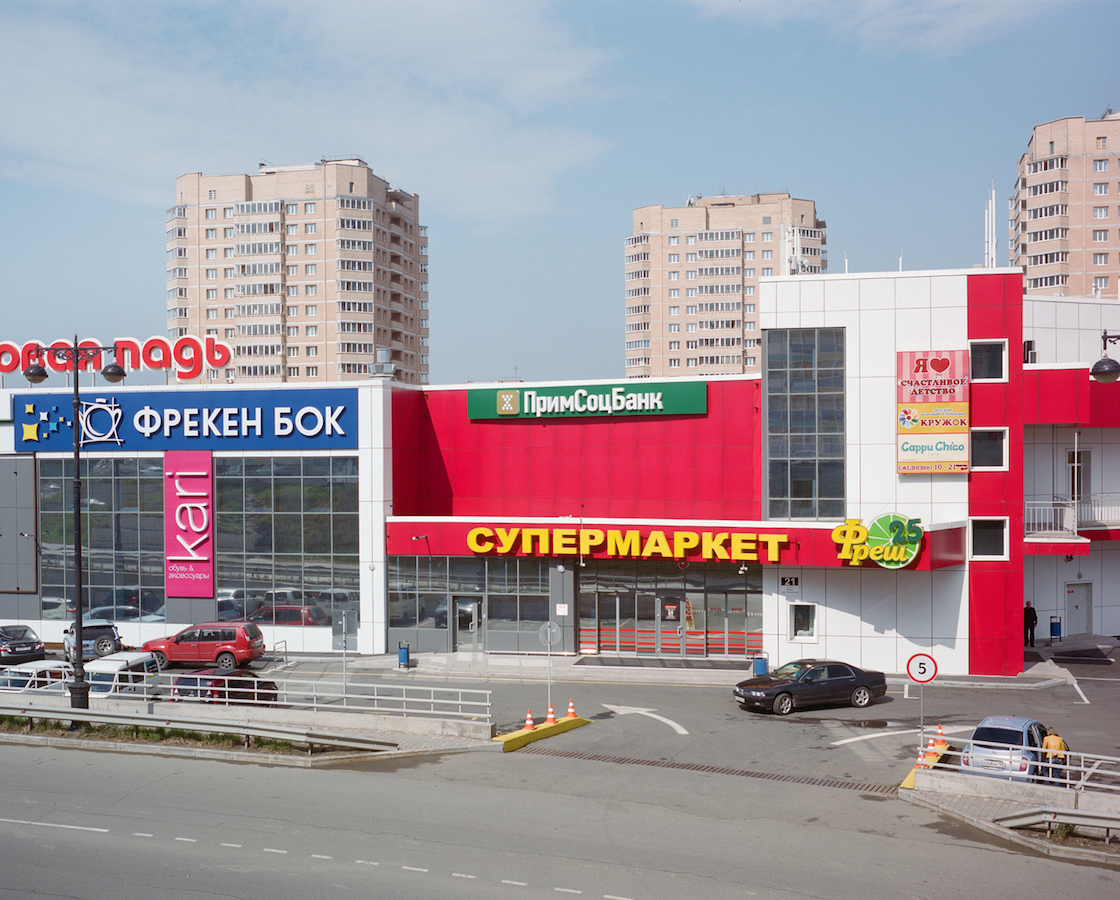 When these two forms are caught in transition, the result can be considered as an uncanny mixture between worlds and times. With fragments of the past slowly erased for the new facades of the future. The built environment becomes a patchwork or potpourri of ideas both good and bad. It is during this transitional moment when both new and old are locked in a battle for dominance that one can read the environment and each corresponding era of development in their positive and negative systems of value depending on the interpretation and sympathies of the viewer. 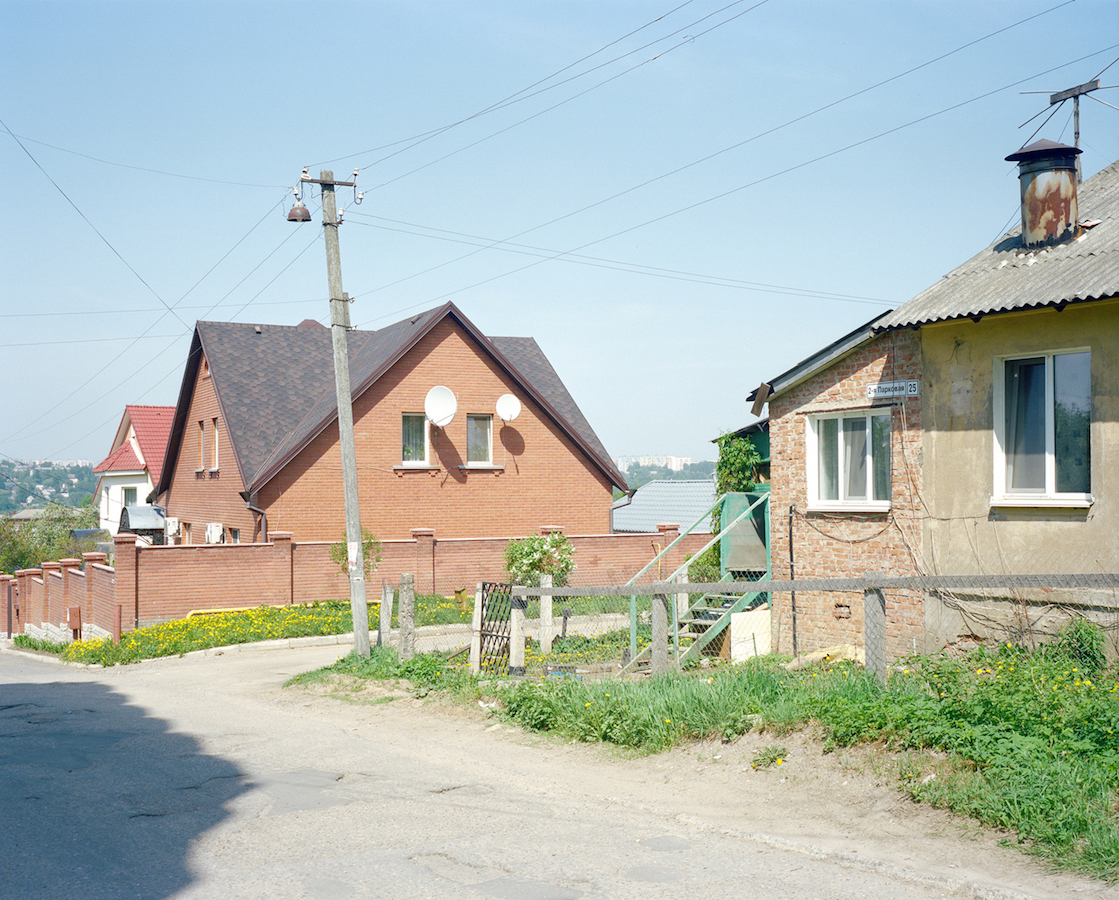 In Max Sher’s book Palimpsests (Ad Marginem, 2018), we see a world caught in transition. Sher’s project documents pieces of the former Soviet empire through a system of architectural and urban environmental studies that detail the modernization of former Soviet states caught between two worlds. Whereas as the former trace of all things Russian and Soviet still dominates the landscape in several of the countries that the artist visited, new forms arise in his photographs. At odds with one another, contemporary forms of Post-Soviet capitalism, shopping malls, and outrageously ugly exercises in branding found by way of new store signage compete with the traditional Soviet street view. 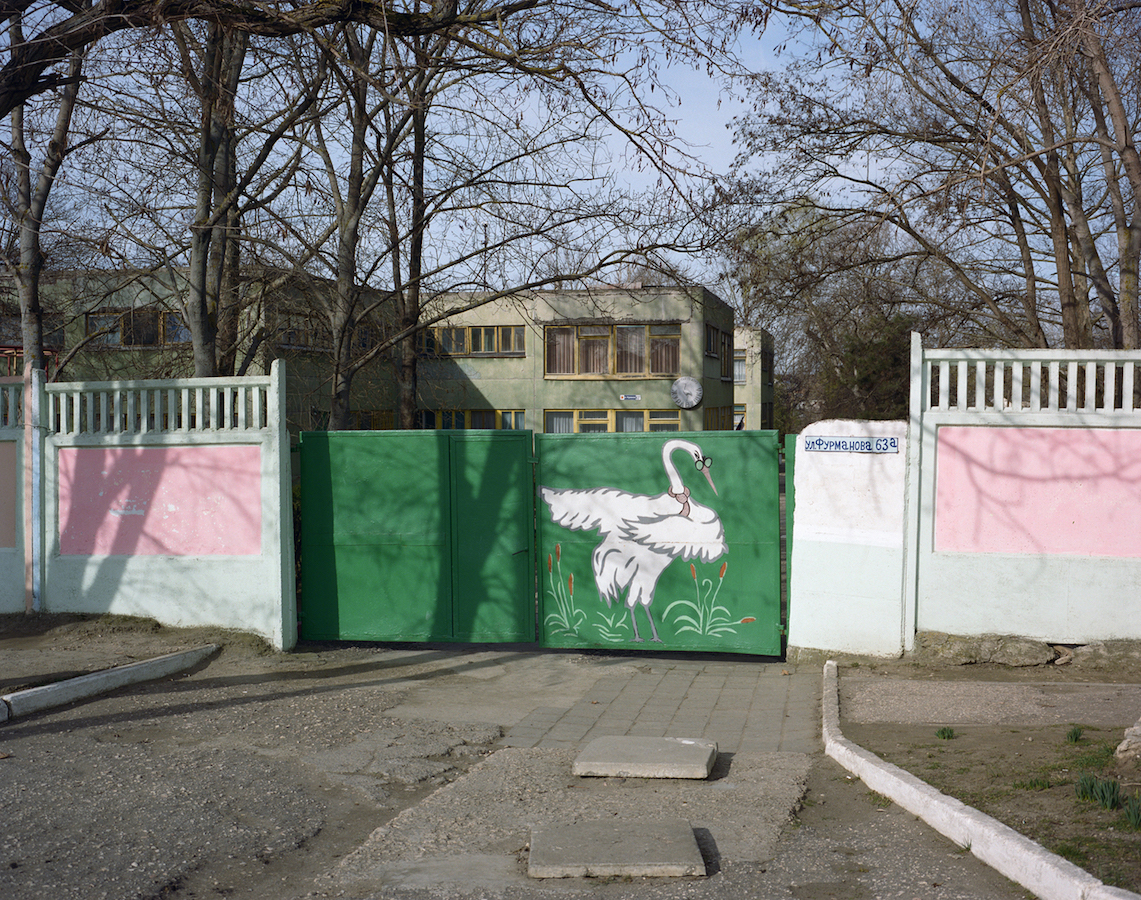 Sher’s photographs are observations of this transition between architectural facades, urban planning, and ideological visibility. Palimpsests are forms in which employ a dual employ of use and re-use. You can think of a palimpsest as a letter that has had its words erased, yet the faint and ghostly words still lie embossed on the page before a new letter is written over the top. Both forms compete for visibility, neither occupying the total form. In this sense, Sher sees the Post-Soviet topography much the same. You can read the fragments of architectural history in his photographs as they are built over or removed altogether. There is a trace of the past that won’t wash clean to make way for the future. 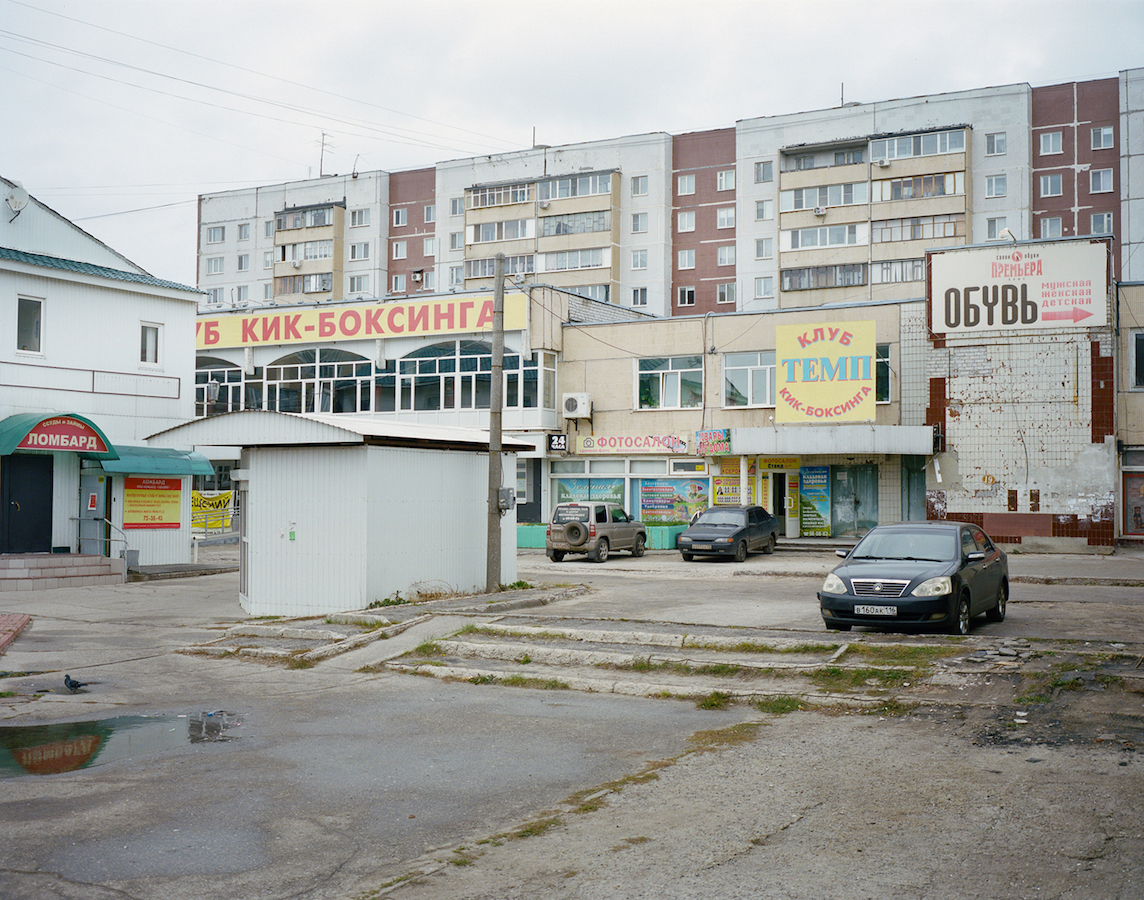 The work is interesting not only for the transitional arrangments that Sher illustrates but also for the stylistic way that he approaches the work. The work is formal, compositions are arranged carefully, nearly mathematically to illustrate the environments in front of the camera. By the looks of it, the work has been made with a large-format camera affixed to a tripod which gives visibility of patience in the images. The operator must take measures with deliberation and order his frames with forethought and fortitude. The result of which is to suggest that each topographic view is highly considered and promotes the idea of the Post-Soviet landscape as something worth considering often in its banality. 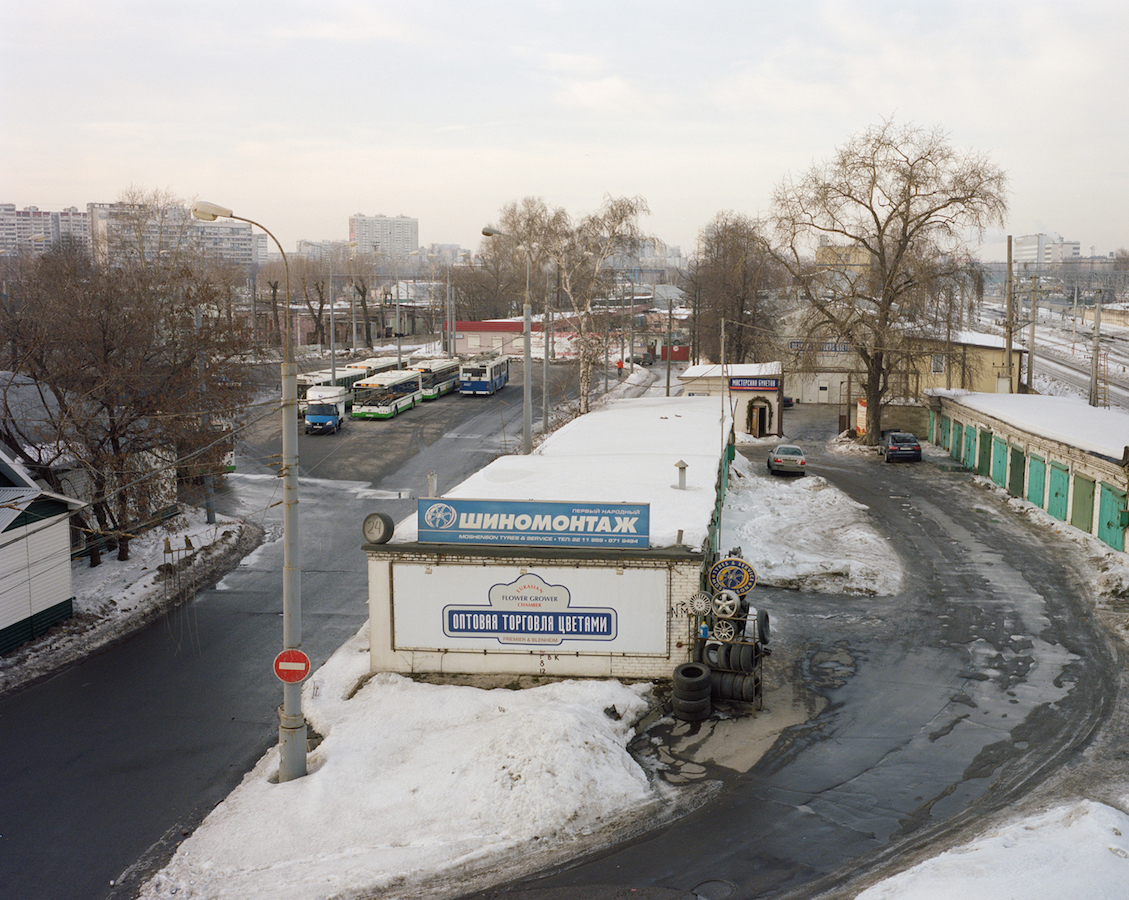 I am reminded of Stephen Shore (Uncommon Places), Joachim Brohm (Areal), and marginally of Guido Guidi (though completely different aims) and perhaps the conceptual framework of the American New Topographics whose concerns pivoted man and the disappearing environment of nature for the progress of the new framed in Post-War America. I suggest these particular photographers as they represent, at least in Shore’s case, the pinnacle of a certain type of Western motif found in photography. The concerns, framing, and subject matter in Sher’s work are sympathetic to these artists as opposed to the traditions of Soviet photography and art. 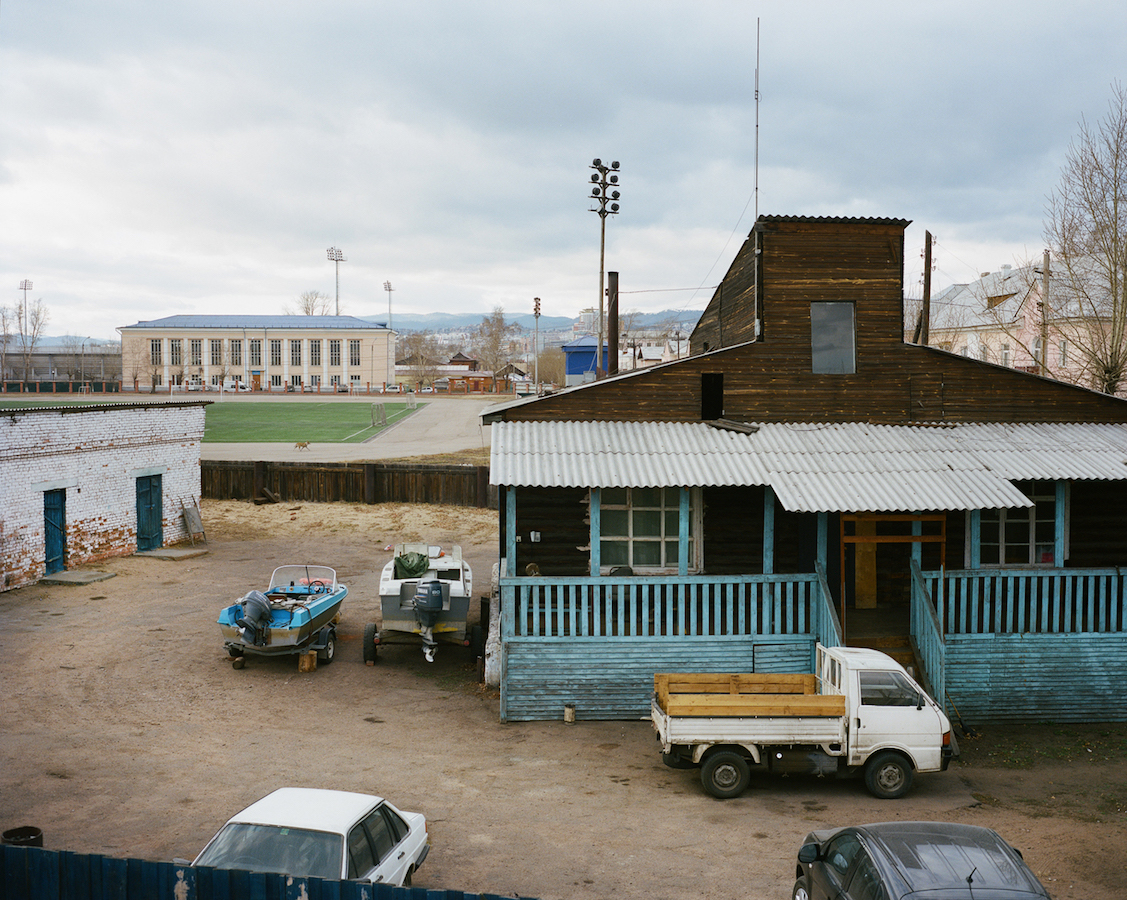 In essence, Sher represents himself as a transitional artist as much as his photographs represent a transitional idea of place. The synthesis exhibits Max himself as a palimpsest. He is of a generation that is de-coupling Soviet thinking, architecture, and ideology and can be seen embracing a contemporary Western form of image-making. He brings both the tradition of Russian art with its sociological concerns and Western concerns of composition and subject matter to his work, he mixes them and creates a new and brilliant hybrid. I cannot recommend Sher and his work enough. I see his work as one of the leading lights of new Russian photography and I look forward to watching his career unfold. Sher is serious business. 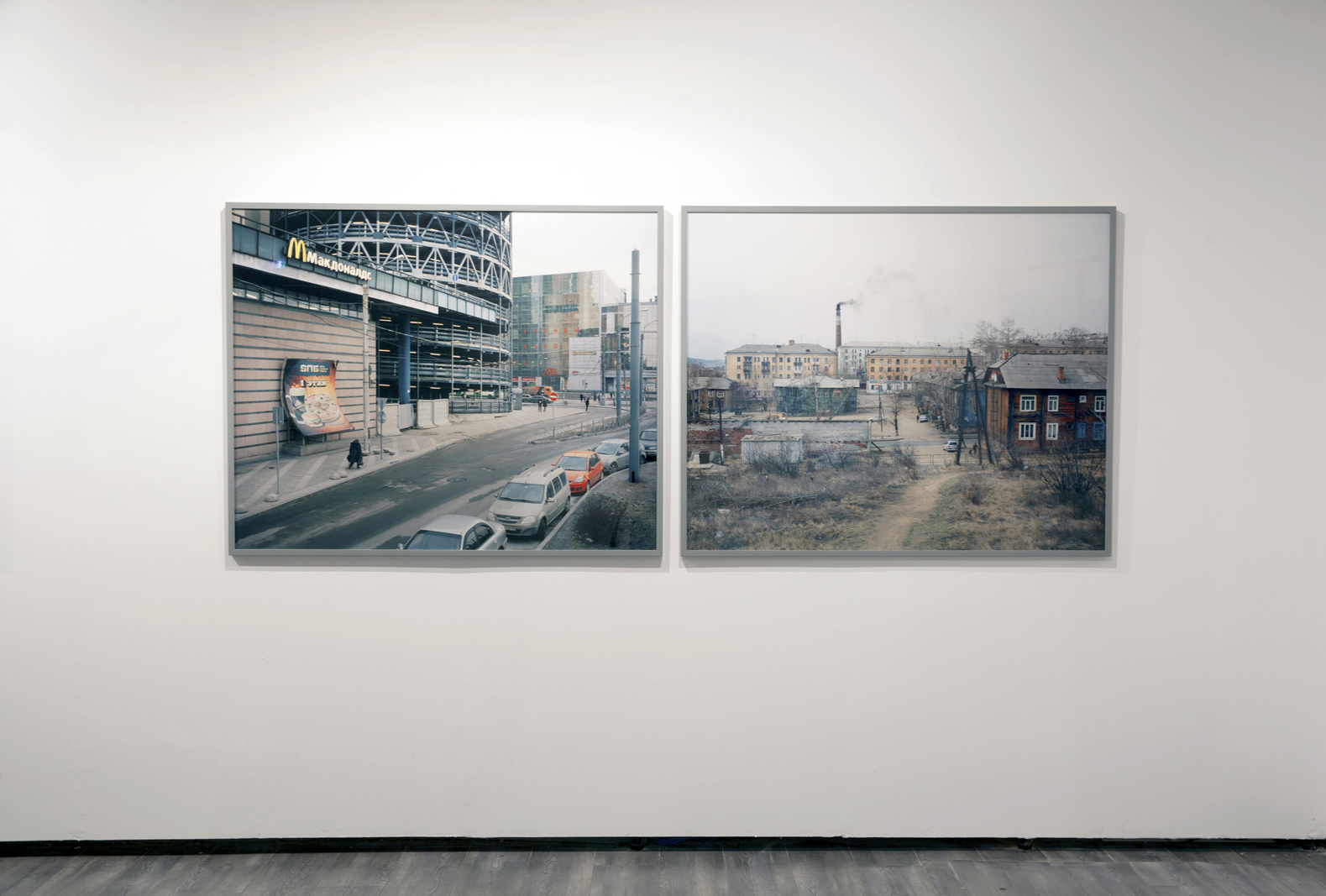