La Calle Abierta Como Un Sueño Hacia Cualquier Azar (The Street Open Like A Dream To Chance) documents the wanderings of Bolivian photographer Ignacio Prudencio throughout different areas of Lima. As a newcomer to the city, Prudencio purposefully got lost in the Peruvian capital to better understand it. The ensuing sequence is highly abstract, composed of unrelated images that render the streets gloomy and mysterious. As a result, the more we question this compendium of high-contrast photographs, the more it resembles a police report in which the text has gone missing.

It all starts up close and personal. The cover shows a middle-aged man smiling gently, half of his face engulfed by shadows. His gesture conveys trust in the act of being photographed, the kind of smile you put on when you want to leave a good impression in the presence of strangers. Film grain can imbue images with a curious allure, and the opening picture sets the tone for the rest of the book. You can almost distinguish individual grains in the lighter areas of the man’s face. According to Prudencio, he wanted to draw a parallel between the film’s structural qualities and Lima’s perpetual dustiness, one of the biggest cities in the world that stands on a desert. We might struggle to identify the man on the cover when he pops up again in the sequence, inciting feelings of misperception and stressing the limitations of memory that recall the narrative structures used by Alain Resnais’ in his early films. This second picture of him, now in a full-body shot, changes the epic inflection of the opening portrait when he is revealed to be a humble street sweeper. Unfortunately, this represents his last appearance in the book, leaving us craving for more information to venture what his story might be and unable to resolve what these two pictures imply. 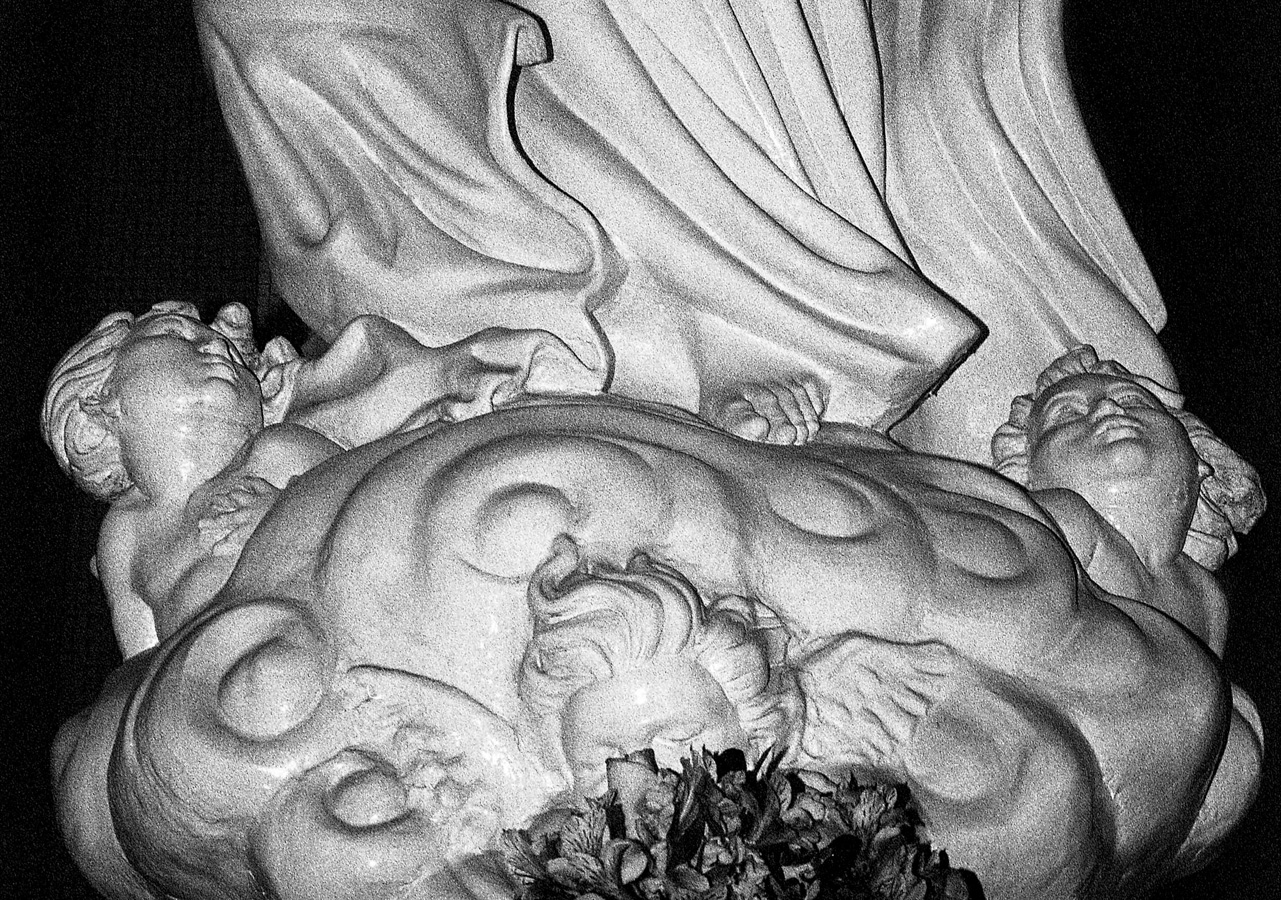 “You can almost distinguish individual grains in the lighter areas of the man’s face. According to Prudencio, he wanted to draw a parallel between the film’s structural qualities and Lima’s perpetual dustiness, one of the biggest cities in the world that stands on a desert.” 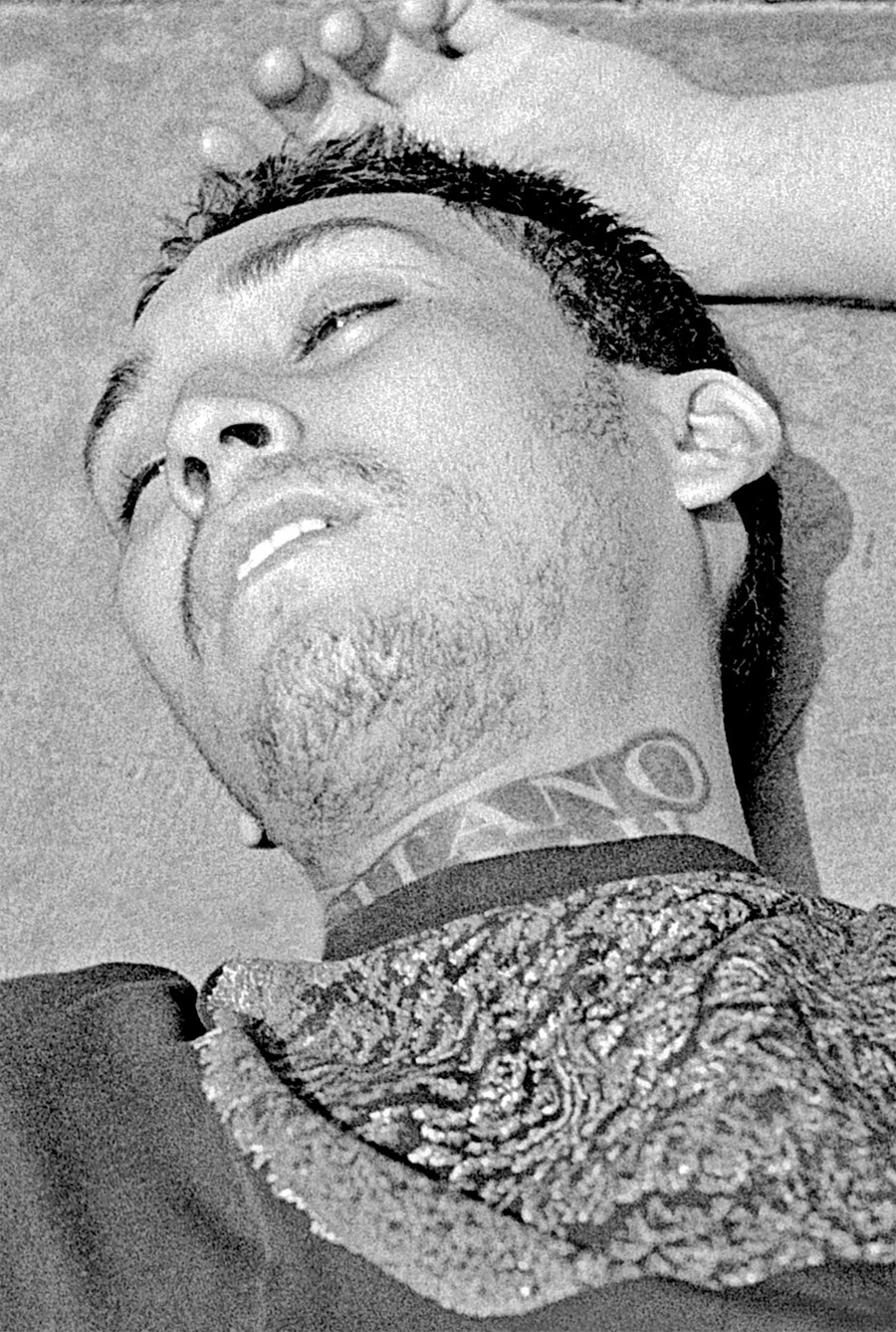 Prudencio gathered an intriguing collection of portraits during his dérives, most of them of male workers that do thankless jobs crucial to the proper functioning of a city. A picture of an attractive, ostensibly middle-class woman feels deliberately out of place, a Brechtian interruption that brings attention to the photobook as an apparatus that often occludes the socioeconomic relations between people. This indeterminacy, applicable to the book’s overall message as to the photographic medium itself, finds an echo in a couple of images of men lying on the floor. They are probably alive, but the medium’s shortcomings to confirm this can create situations of unintended humor (in a macabre sense). 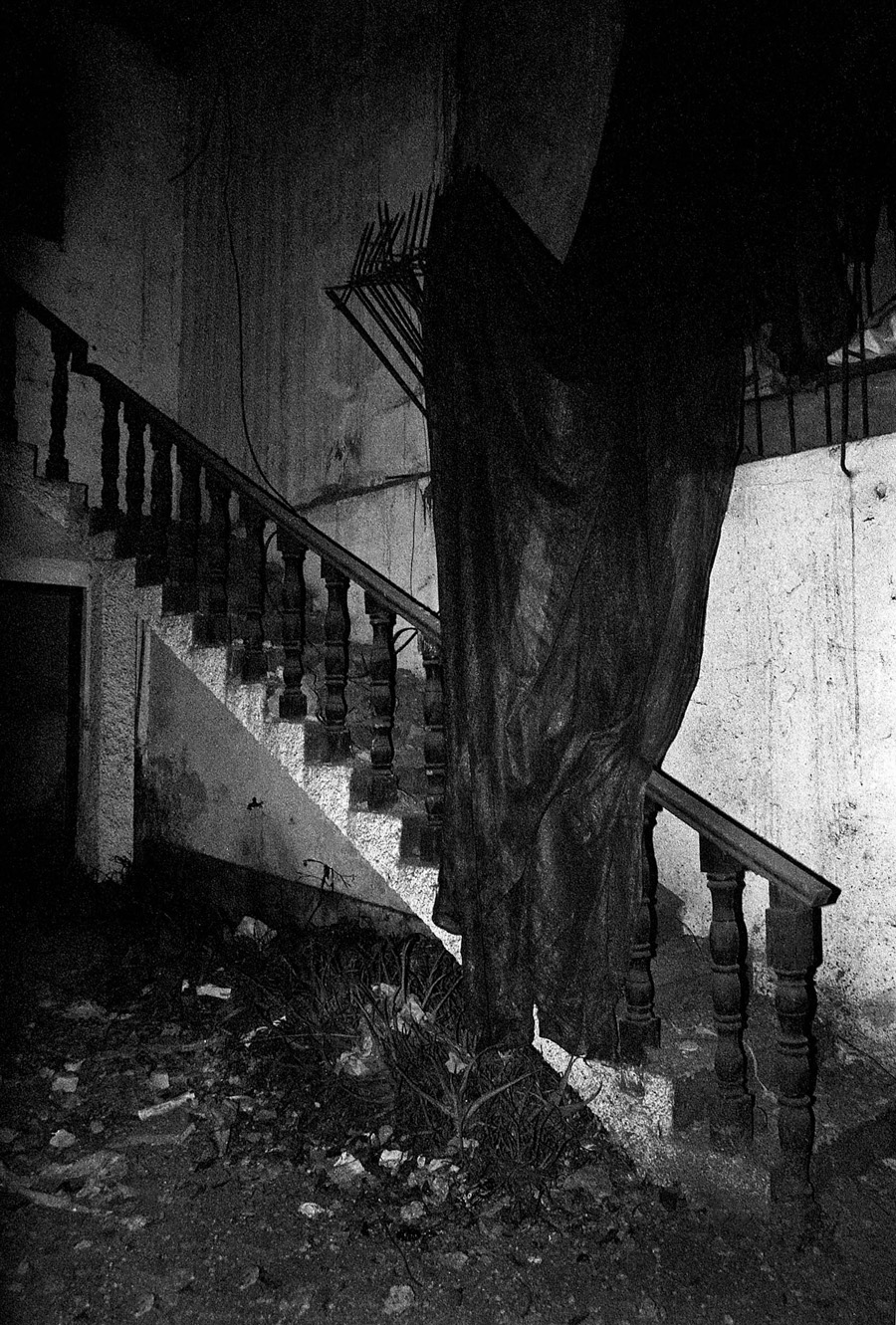 The rest of the pictures move between the ominous and the banal. There are plenty of close-ups of things – a religious statue, bricks, rocks, an abandoned car – that prompt us to question the material diversity of urban environments. A few of these, like the picture of a slashed cactus, feel more symbolic but are equally vague. Despite the book’s title, streets do not feature prominently. The lone wide shot of a viaduct suggests that Prudencio did not intend to apprehend ‘the spirit’ of Lima or deconstruct the city’s iconic places. Rather, his arrangement of the images promotes confusion. In this sense, the book’s most imaginative aspect lies in how it’s edited and bound. There are no blank pages, with each one displaying a seemingly unrelated vertical image on each of its sides. However, every other page is actually one-half of a full spread. Holding the book open with a skipped page balanced upright (imagine a ping pong table with a much higher net) allows the view of a split double spread. This configuration implies that our experience of urban space is fragmented as much by factors of gender, class, and ethnicity as by the unpredictable working of our minds. 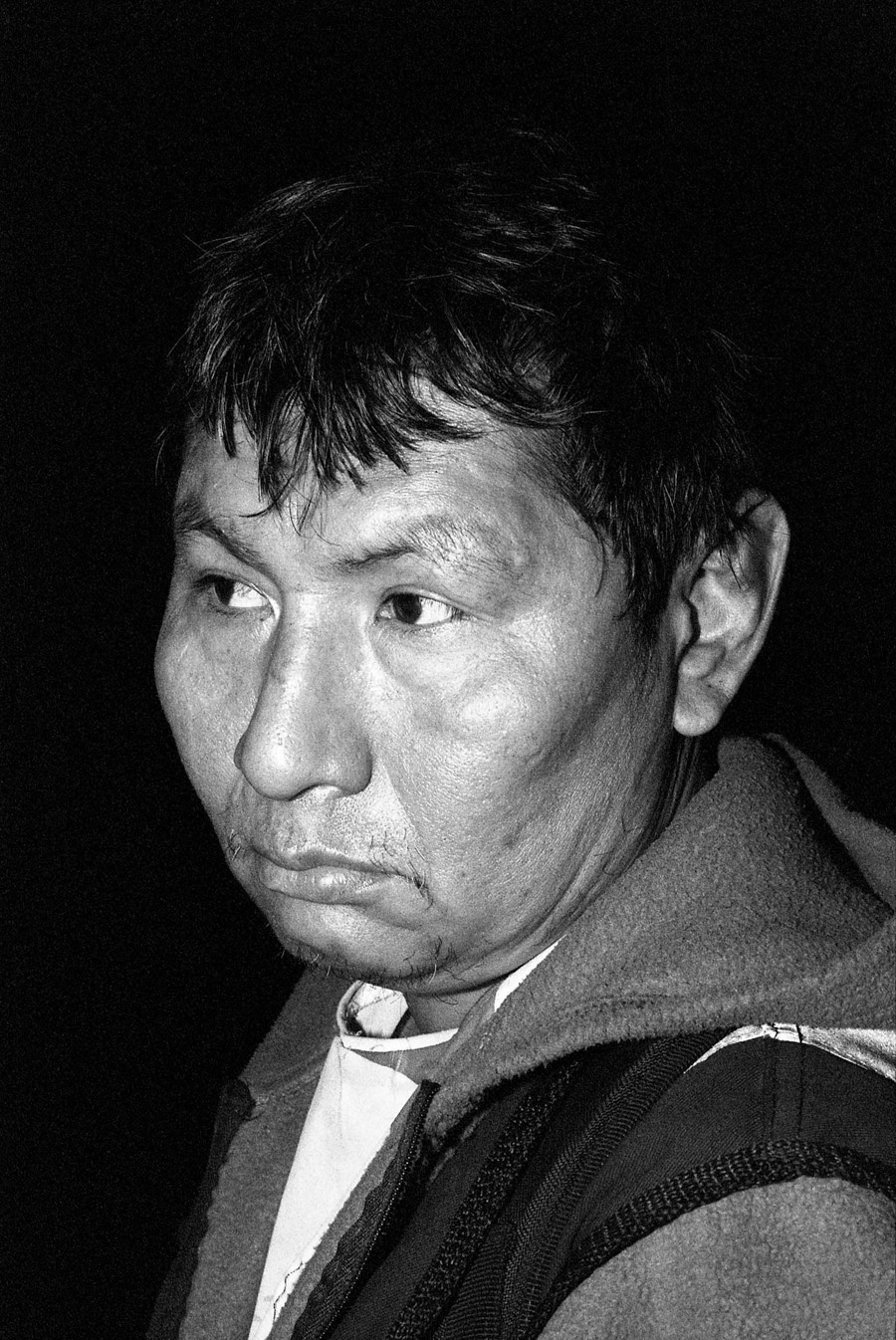 “This configuration implies that our experience of urban space is fragmented as much by factors of gender, class, and ethnicity as by the unpredictable working of our minds. “ 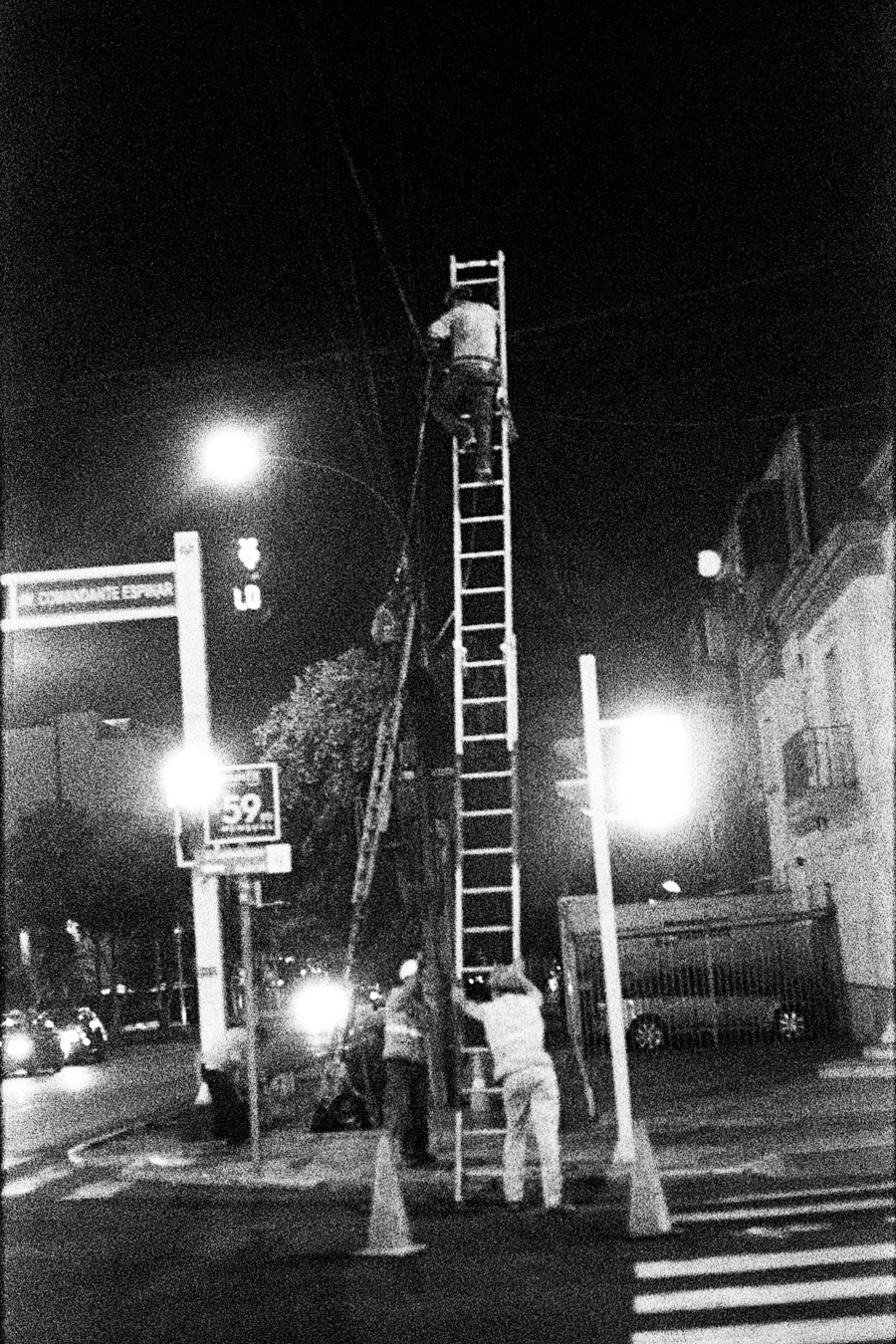 The book gradually awakens our curiosity about Lima, the backdrop to many memorable Latin American novels and films. Moving between a set of dichotomies – day/night, landscape/portraiture – Prudencio’s slim, handbound book offers a disjointed vision of the city with a slight surrealist bent. While its title was borrowed from Jorge Luis Borges’ poem Atardeceres (Sunsets), I find the book has a closer affinity to Xavier Villaurrutia’s famous Nocturno de la Estatua (Nocturne of the Statue), which opens with the folowing lines: “To dream, to dream the night, the street, the staircase and the cry of the statue unfolding in the corner.” Villaurrutia’s poem articulates the ambiguity of dreams, in which places and things inexplicably change shape, complicating our efforts to do what we want or even decipher the situation at hand. Similarly, La Calle Abierta Como Un Sueño Hacia Cualquier Azar evokes the somber atmosphere of Lima, conceiving the exuberance of its streets as an elusive butterfly that has been captured so that we can examine it more closely.