Not all fires are evil, particularly if they’re symbolic, although some, like those for agricultural renewal, are not only fruitful but necessary. ¿Quién inicia este incendio? by the Peruvian artist Leslie Searles, is a compilation of images from different photojournalistic projects made over the last decade, carefully selected to create an affective narrative that depicts rural areas in the Amazon, the Andes, and Cuba — with a few pictures of the Indian city of Varanasi thrown in the mix — where indigenous communities are overwhelmed by poverty and the elements. The socioeconomic context of these communities is not disclosed, nor are they identified. Instead, the book attests to Searles’ existentialist journey into these rustic landscapes. In this sense, fire can be taken as a means to access an inner world hindered by capitalist urban living, a notion that can be inferred from the title’s formulation, which asks ‘who starts this fire?’ instead of the more common ‘who started the fire?’. The preference for a definite article suggests this is not an act of arson but an expected event. The intentionality of the fire is further hinted at in the closing poem by Valeria Román Marroquín, a text that underscores the crucial role of words in the conceptual framing of the images (I shall return to this point below).

“Searles believes that everything in nature has a soul, and these images show her desire to connect with it, calibrating color and composition to establish actual and abstract relations between time, culture, and the natural world.” 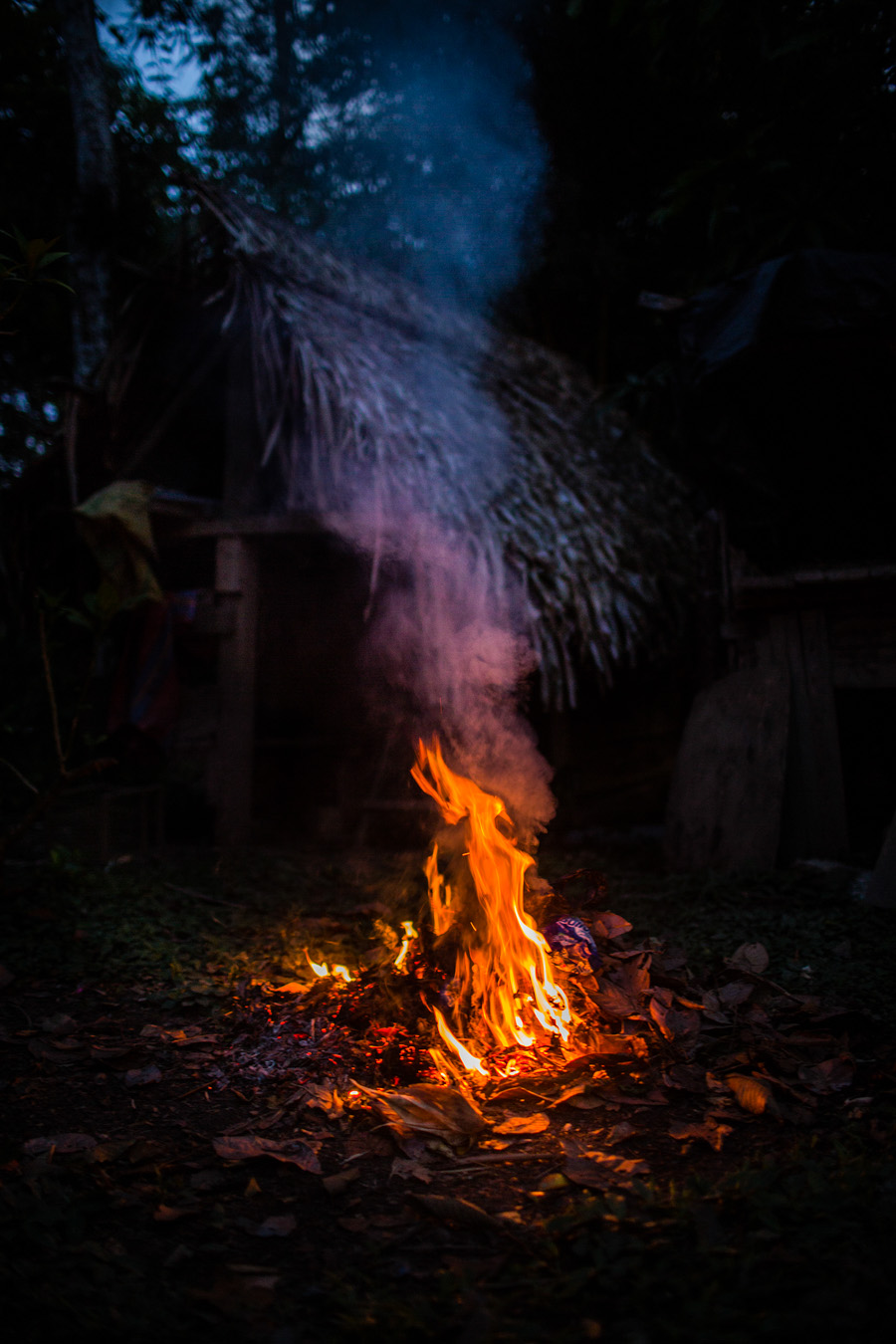 Searles believes that everything in nature has a soul, and these images show her desire to connect with it, calibrating color and composition to establish actual and abstract relations between time, culture, and the natural world. There’s a textural emphasis in several pictures of indeterminate scale that leave us unsure whether it’s safe or even possible to touch those surfaces. Searles’ interest in materiality is manifested in the book itself through the use of smoky endpapers and golden debossed speckles on the cover. The extreme contrast of the images – blues, reds, and yellows that pierce the eyes – is in line with the expressionism of towering Latin American figures such as Claudia Andujar and Miguel Rio Branco, who have relied on this style to address contentious subject matter in a personal manner. Here, the application of these formal qualities stimulates a strange physical reaction when flicking through the book, making us aware of the demanding conditions of these terrains. The spiky pods of an achiote plant, the disfigured reflection of a man in a pool of water or the weathered hands of a woman resting on her pregnant belly are images evocative of life’s tribulations but crafted with a reverence for beauty. 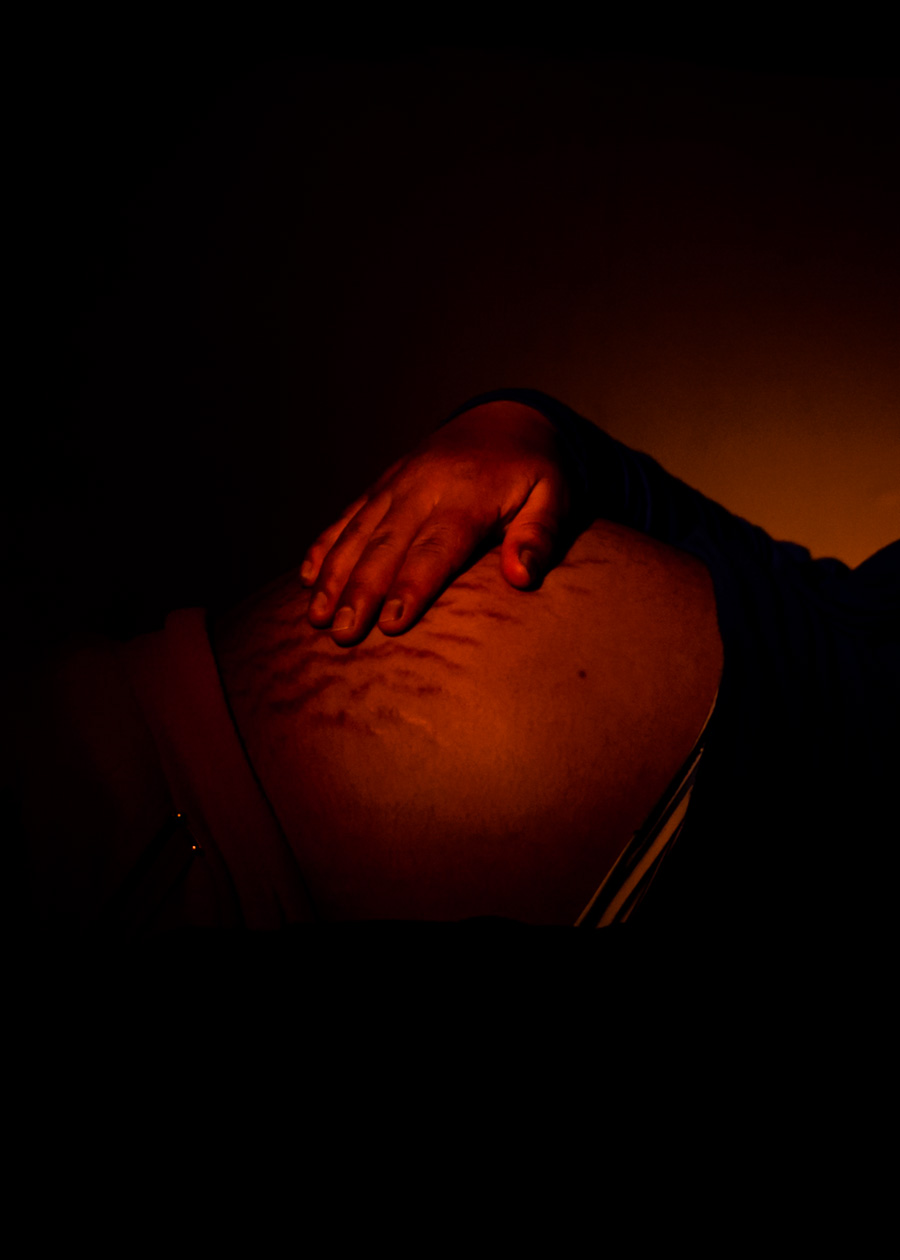 “In an age where plenty of creative outputs are defined by irony, Searles’ heartfelt take on rural life is a puzzle worth trying to put together, as it makes us think of those moments when reality takes flight, and our fears and fantasies alter our perceptions.” 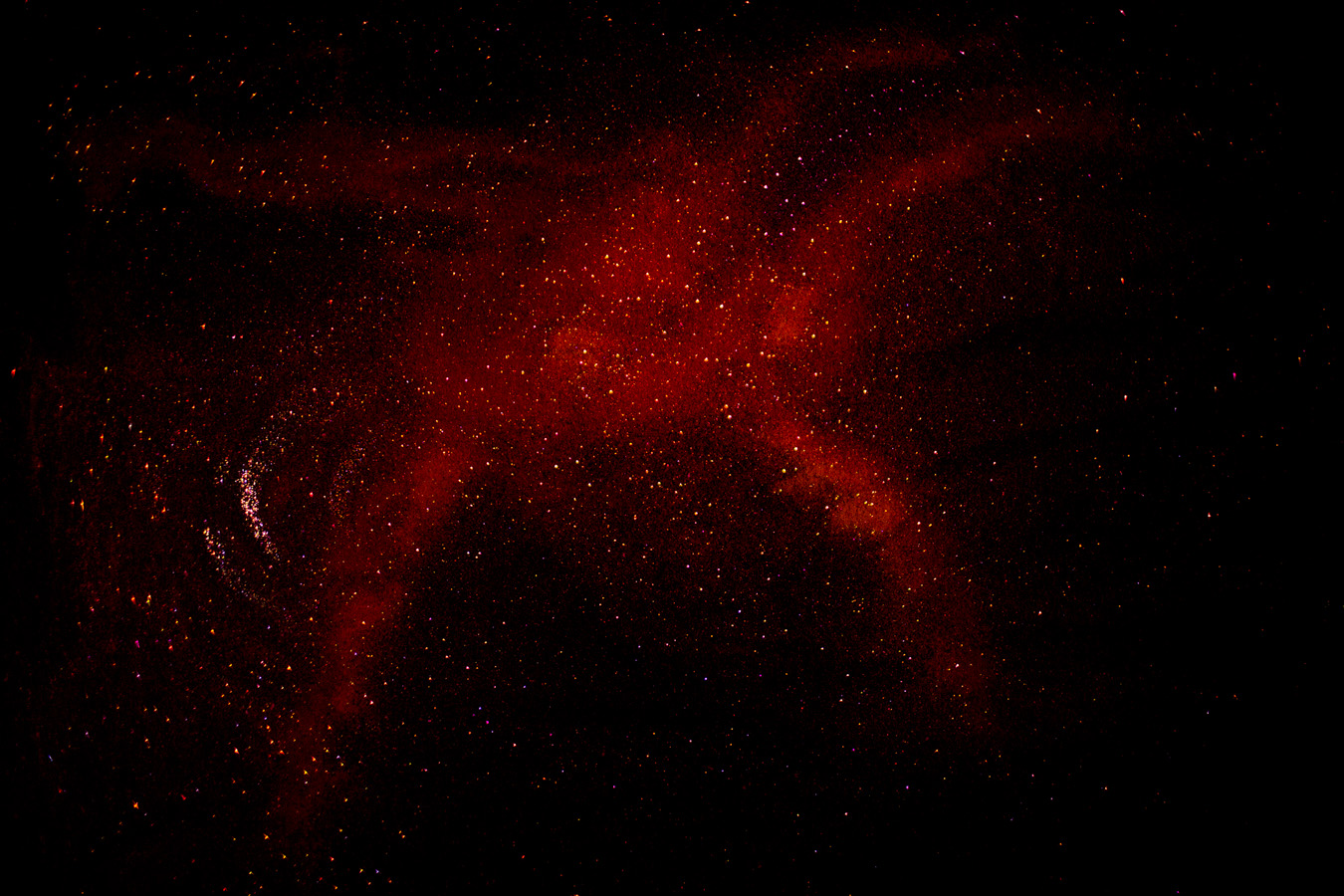 The treatment of the ‘other’ is the most challenging aspect of the book. Many close-ups compare bodies to topography, putting forward a fractured view of life that impedes us from getting a fuller sense of these people’s identities, customs, and struggles. It is unclear, for instance, whether the actions represented are ancient rituals or performative acts directed by Searles. Most of the portraits convey an alienation that is very different from that experienced in cities. The expressions of the sitters betray anxiety for better prospects that might never come, though their proximity to the camera makes them collaborators rather than mannequins. The disquiet captured on their gazes finds its counterpart in the austere interiors where they live and in a few abandoned buildings that give the series post-apocalyptic undertones. The absence of animals, except for a headless bird (odd given the book’s rural setting), supports the view that Searles’ discourse is not about the everyday life of these communities but about the transcendental impact that these places have had on her. Yet, while these bleak primordial landscapes might have shaped her consciousness, the way they are depicted defines how we perceive these people. 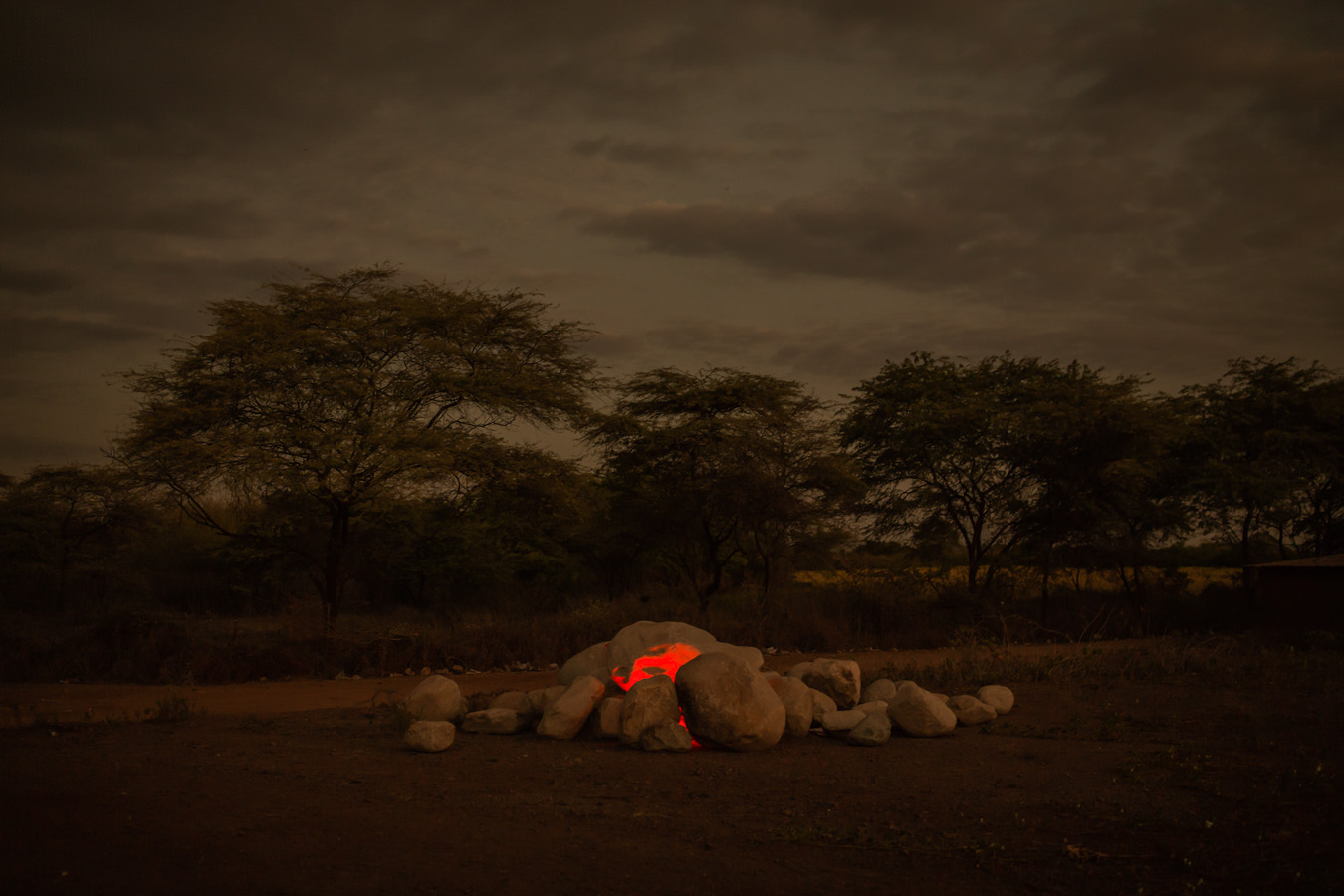 Román Marroquín’s poem — written in Spanish — offers a nuanced account of the experience of nature that complements Searles’ images. The sparse yet forceful verses are influenced by the Romantic idea that the landscape can be used as a conduit for an introspection that culminates in an elusive sensation of freedom. In this scenario, our removal from cities is the spark that starts the fire. As we question our purpose and place in the world, we allow the flames to expose a conception of being and time that differs from the capitalist range so that we can weigh the virtue of our future actions.

In an age where plenty of creative outputs are defined by irony, Searles’ heartfelt take on rural life is a puzzle worth trying to put together, as it makes us think of those moments when reality takes flight, and our fears and fantasies alter our perceptions. ¿Quién inicia este incendio? demands that we consent to a peculiar kind of sorrow, but if we accept Searles’ invitation into the uncanny — equally far from the comfort of facts than from the political correctness of representations — we will emerge energized by our own heightened sense of pathos towards those things that we recognize but cannot fully understand.