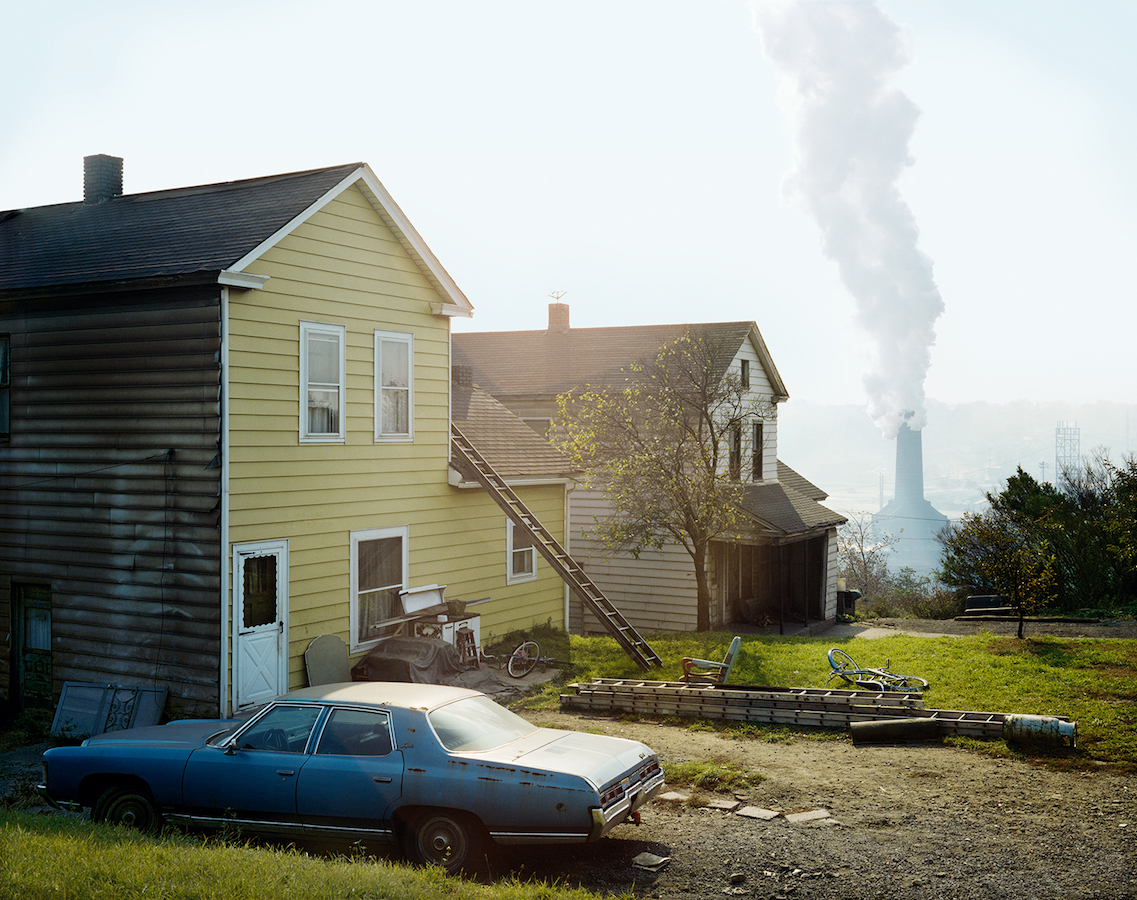 Glancing at Steel Town by Stephen Shore (MACK, 2021) gives the reader the impression that what they are looking at has a point of fixity in the past. The images, produced in 1977 for Fortune Magazine, and have a quality that suggests a bygone era. Whether it is the kitsch interior of Eddie’s Wagon Wheel, or the townspeople and their button-up clothing, or the large and fuel-unfriendly American automobiles pictured within, the environment found in Steel Town is set to the particular look of late 1970s America. Though all of these particulars are true, the topic of de-industrialization and the change of labor from an unskilled manual form of work to a new form of labor yet undeclared could not be more reflective of our contemporary moment. Created nearly half a century previously, this book of images stakes claims at some of the fundamental questions regarding our current moment and what labor is and how it is and performed in the oncoming of the post-pandemic future. Learn to Code, they said. 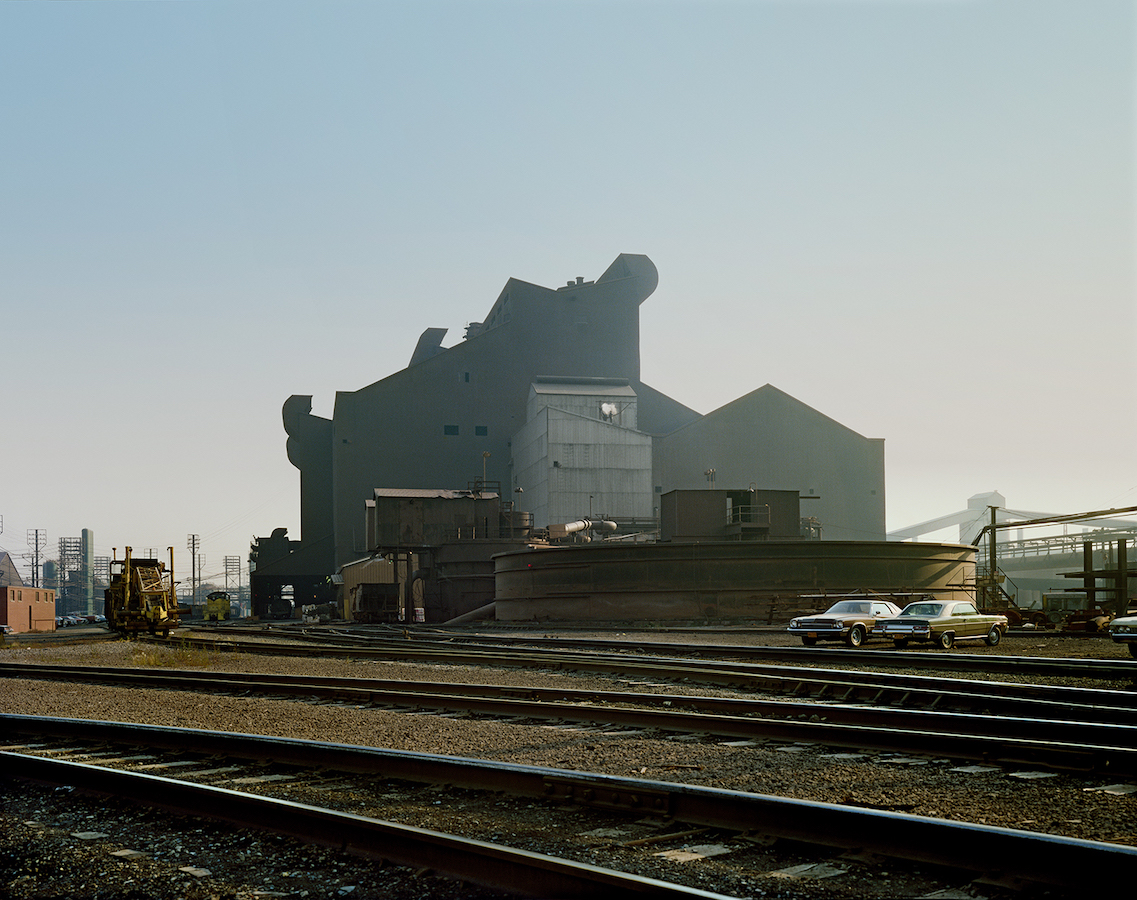 Shore’s photographs reflect a disappearing culture of labor that begun in the 1970s, which became exacerbated by the Reagan years and the freefall of neoliberal markets over the proceeding decades. These documents were produced in October 1977 from locations in America’s Rust Belt where factories were closing, jobs were being outsourced, and globalization was beginning to take effect on a broader scale. The latter complication affected the American economy and its relationships with foreign powers such as post-war Japan. The import of Japanese cars, in particular, spurred resentment in the American worker who felt their jobs and products were being replaced by cheaper, more efficient labor, as seen by the large amounts of automobiles produced in Japan, which were beginning to invade American streets. Resentment and doubt ran high. This resentment was reflected in several popular films of the moment, including the comedy Gung Ho which exploited a perverse sense of American exceptionalism over the Japanese in a period in which the war (and bomb) was not an unfamiliar memory in the minds of many at home or abroad. Japanese imports to America were stalled, and steel exports to Japan were restrained to quash the competitiveness and the effect of foreign manufacturing on the American economy. Of course, the Japanese made an exotic and nearly ghost-like target for which the American government could place job loss concerns among many other economic doubts. This was Lee Iacocca’s war. 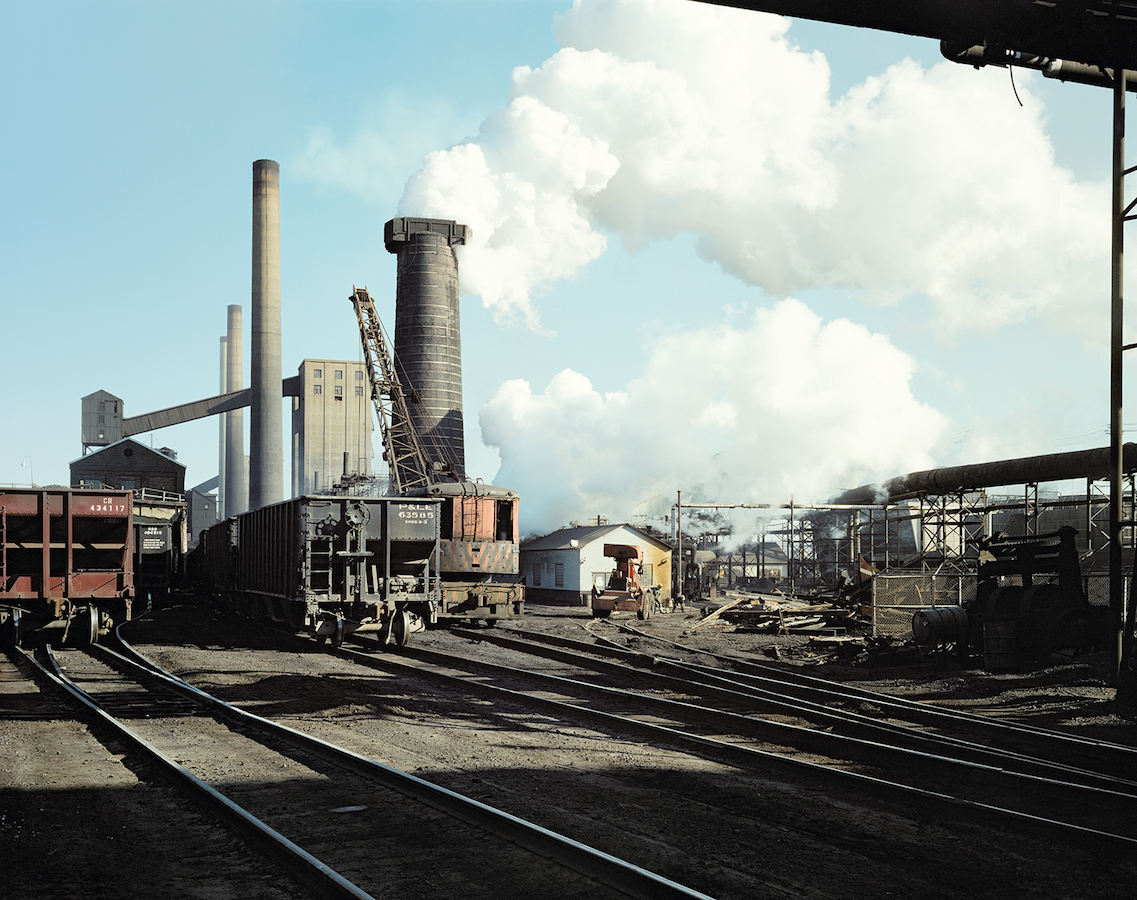 Each location featured in Shore’s book relied heavily on the production of unskilled labor. The mining of both coal and steel was a central component of the American economy. In the minds of working-class Americans, the closure of manufacturing plants and factories is not simply due to neoliberalism, bad economic planning, or faulty trade agreements and union problems. Instead, it is about good and evil and the belief that America is God’s country-a tacitly woven fable into which competitive narration of themes of manifest destiny and westward expansionism still haunt and inform American values and labor. The post-war era of prosperity that America projected onto itself was less about military might and strategy than it was to be ruled by divine right. These motifs created a populist state of mind in which otherness from outside the kingdom of the divine is to be seen as an interrupting force in the planning and execution of God’s will on America’s fate. The disruption and the loss of jobs was not simply economics; it was a spiritual war against an aborted destiny and the promises that Americans believed themselves due. A glitch is a glitch even without a code. 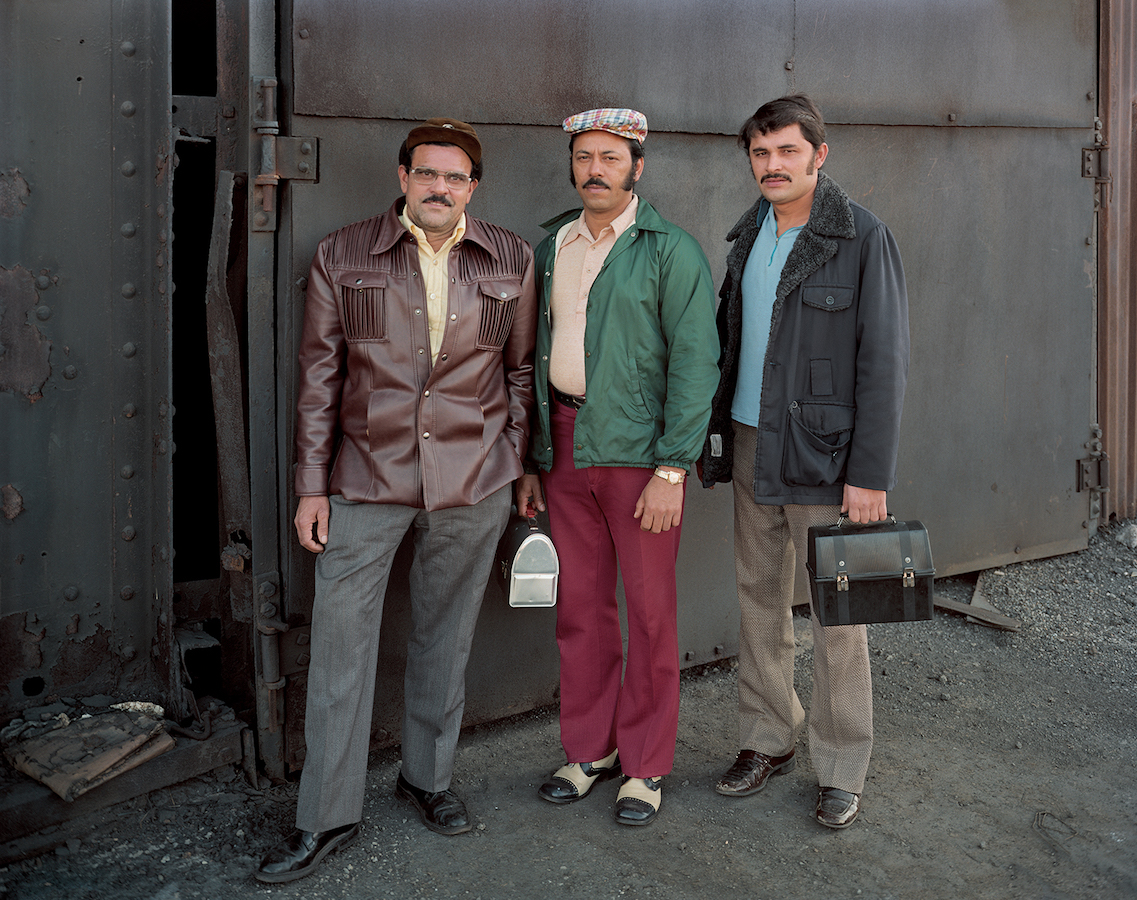 In terms of Shore’s book and its importance to the contemporary moment, populism has once again surfaced at the forefront of the conversation regarding labor, economy, and politics. Demagogic incantations by Donald Trump coupled with the uncertain moment of the 2020 pandemic have created an order in which the feverish rise of populism has clashed with the reality of our epidemic and economic moment. Trump’s failed promise of returning manufacturing jobs to America along with the rise of digital industries have wreaked havoc on an educationally over-taxed, underpaid, and over-skilled labor force that has again cast light on the problematic discourse that America has to its unskilled labor counterpart. All of which has been spotlighted during the rise of rampant corporatism and the rise of middle-class household debt. This moment has been carried through to the current Biden-era in which a much-needed massive corporate taxation and overhaul (despite seemingly hollow G7 proclamations) has been disavowed for nearly unparalleled infrastructure stimulus, the likes of which worry Americans for the inflation that may come as a side effect of overspending in a time when jobs and constant around-the-hour work from home corporate de-centralization of the workplace is becoming mandated. We are reframing unskilled labor and how labor, in general, is carried out in its entirety in an economy dominated by a new trend towards digital means. This change is not only in how work is performed but how labor is contained and harnessed. 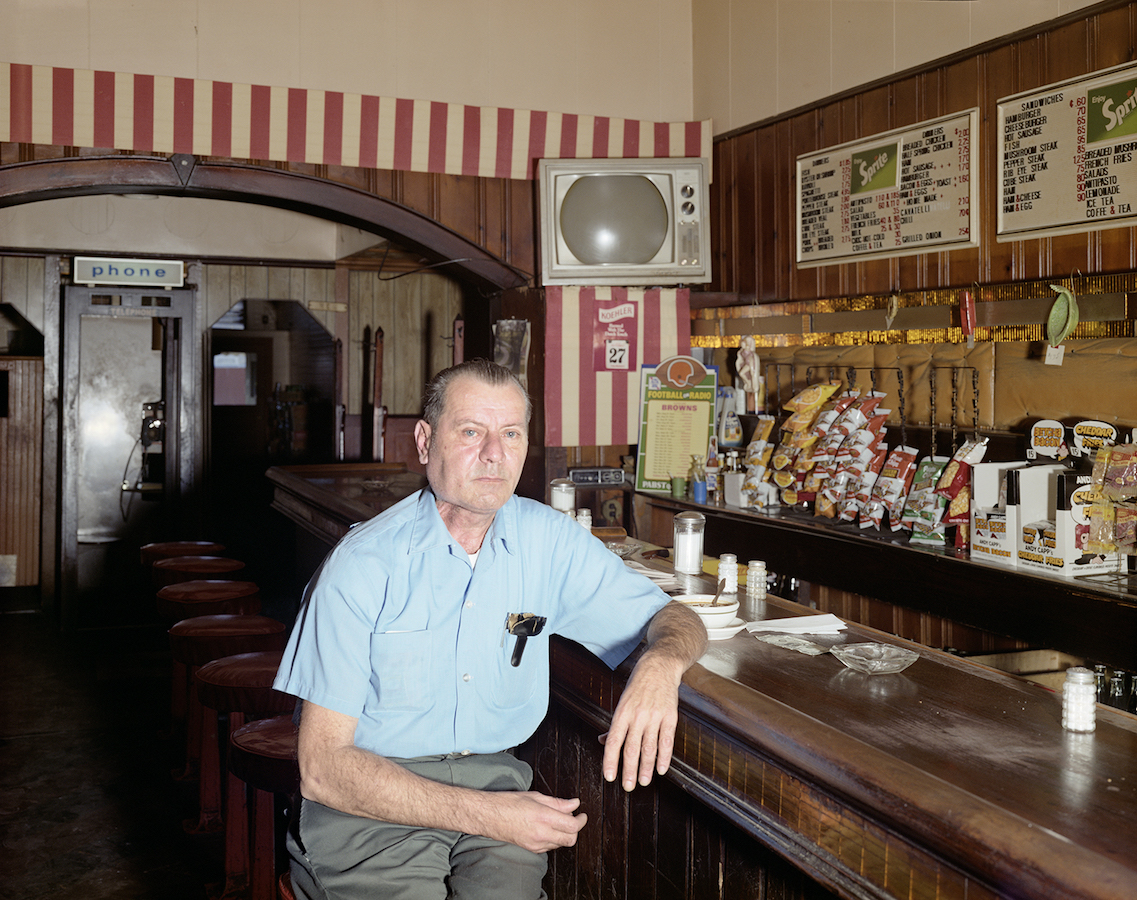 It would also be remiss of me in my observations to disregard the theme of gender when looking at Shore’s book. Although the book focuses on each town or factory site as a protagonist in and of itself, the images within and the conceptual framework of manual labor suggests an atmosphere of masculinity. In Steel Town, masculinity is not on display. There are portraits of men, and the factories’ environment often includes metaphorical phallic structures that place emphasis on the activity inside. That said, it is not a statement about masculinity. Instead, I wish to look at Shore’s book as a point of genesis of how we have come to view masculinity and labor in the current moment. With unskilled and manual labor jobs being removed at an alarming rate and with the tide of digital production and jobs that require less manual effort, one has to consider the emphasis of the loss of manual labor jobs on contemporary masculinity. There is nothing to suggest a direct correlation, but one wonders what it means to switch a masculine labor force from a culture of physicality to that of a digital economy. What does the erosion of traditional manual work mean to the role of gender in society? Does its absence promote bitterness, loss, or meaninglessness? Perhaps it is an evolution in motion. Perhaps, the removal of manual labor for automation or outsourcing is a blessing in disguise that will smooth the rough edges of masculine culture. It is hard to predict what the removal of the manual jobs featured in Steel Town will mean for the future of masculinity. 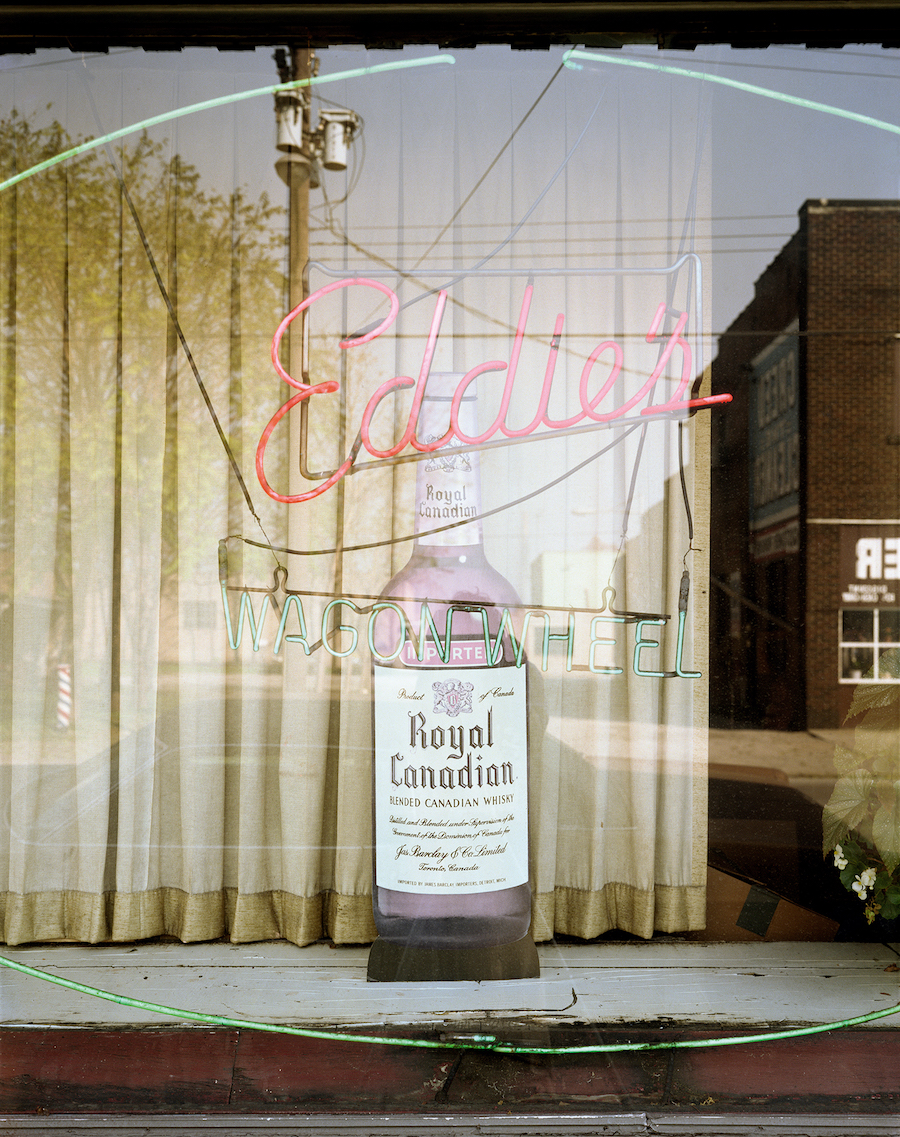 The book is pointedly designed by Morgan Crowcroft-Brown at MACK and is again, like the previous Shore book Transparencies: Small Camera Works 1971-1979, is another in a series of well-handled bodies of Shore’s works that are executed with new vigor that defines a new dimension for how to view Shore’s archive. I have spoken in the past about how the difference of publishers can steer an artist’s legacy in different, better, or worse directions. With MACK handling Shore’s archive, I feel as though we will be able to parse out a more comprehensive viewing of Shore’s ability. This is a similar strategy to Steidl’s handling of Gordon Parks. Each publisher is going back through a vital archive and looking for material underseen or undervalued in the artist’s career. Steel Town is a perfect example of how we can widen the appreciation of an artist whose career has been influential on multiple generations of artists. In the case of Steel Town, there are many brilliant design elements, from the contact sheet size of the photographs to the chronological thumbnail images in the back that make the book a sharp point of reference. Though I wish to see this historical work through the lens of the present, I think it stands on its own as an important historical work all the same. I think this is undoubtedly one of the most robust books published this year and one of the best in the 2021 MACK catalog if not the best thus far. Highest Recommendation. 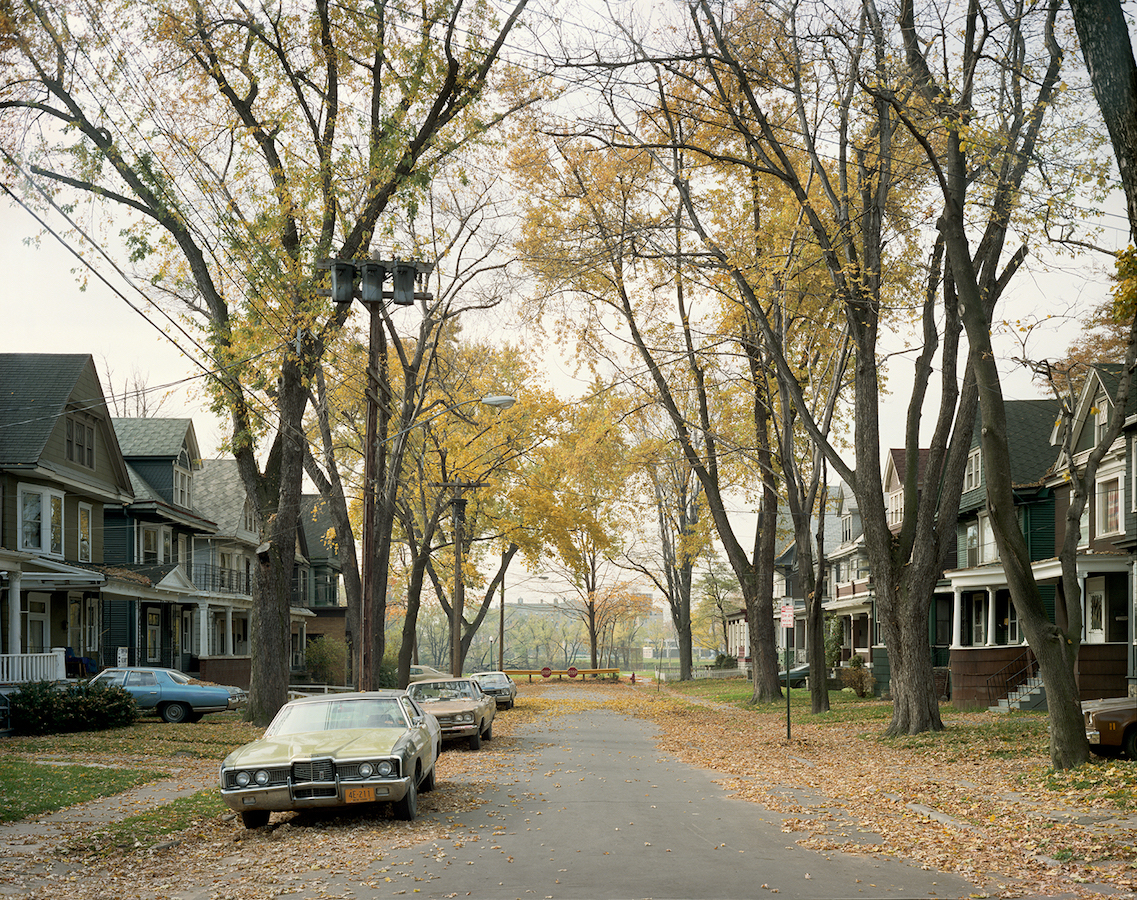