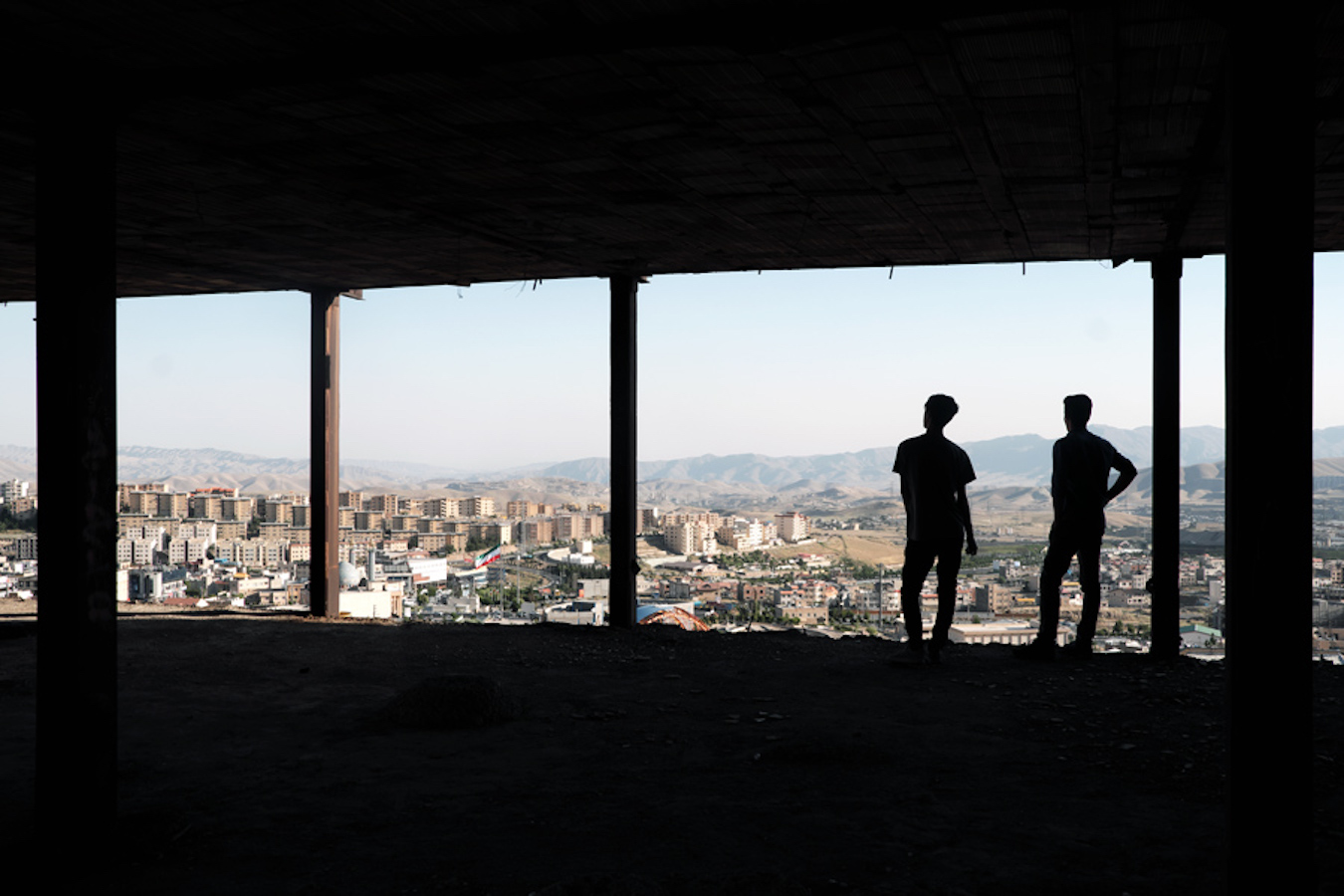 Sébastien Cuvelier’s Paradise City (GOST, 2020) combines several rich storytelling elements into one photobook that considers Iran as a historic place pitted against the tumultuous change of the past fifty years as a backdrop for interrogation. Using his own photographs and images shot by his uncle in 1971 on his own odyssey, Cuvelier addresses Iran by looking at what has occurred between the decades of his journey there, and his uncle’s in the 1970s before the Iranian Revolution. He emphasizes the word paradise and its associations to gardens by examining the mythology of place on a larger scale. Thinking of Iran through the beauty of the garden or the crucible of civilization suggests a long history of a place. In metaphor, the use of the word garden almost suggests something more profound, more spiritual, and lasting. 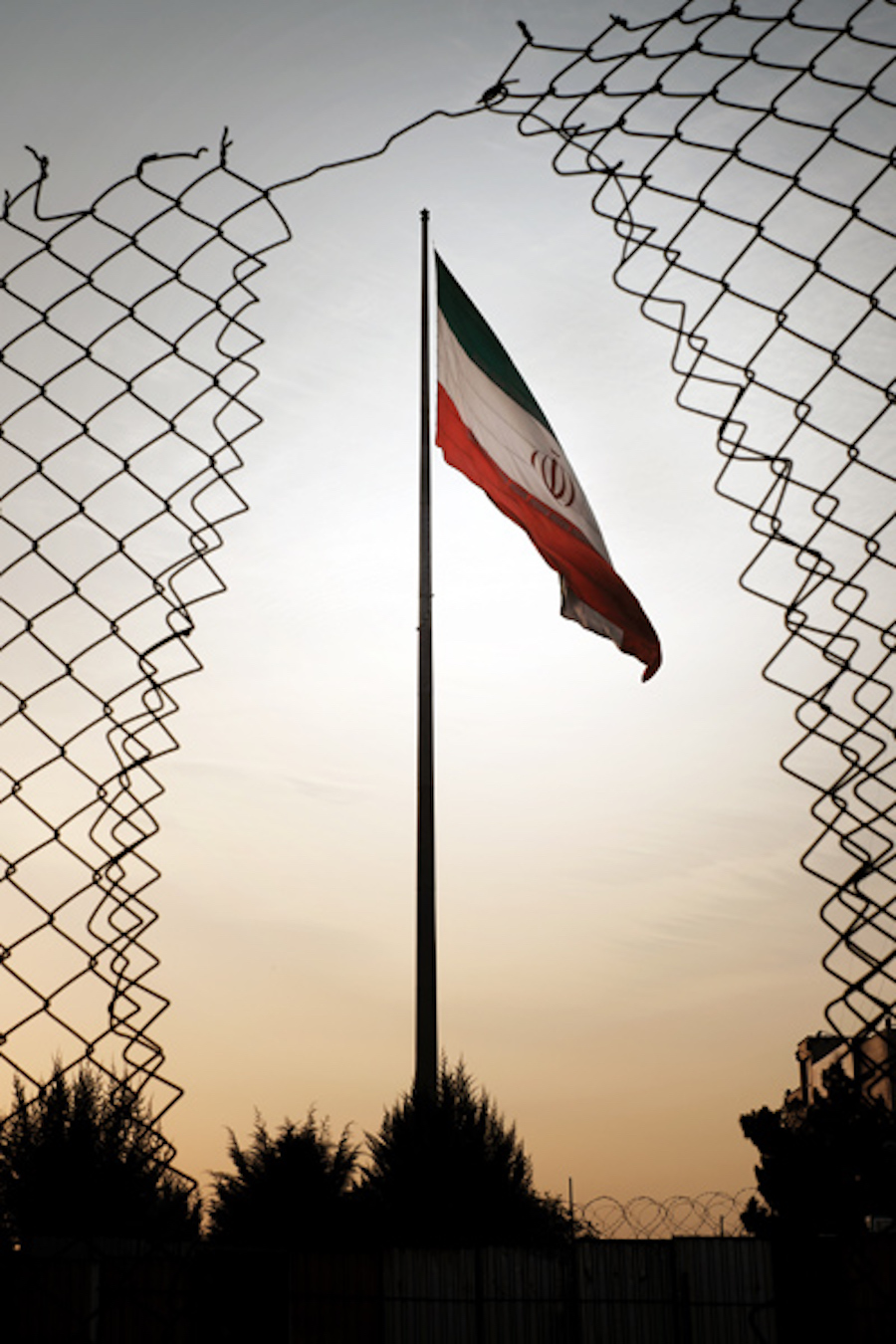 When we think of Iran from the outside, most individuals dwell on its recent past and the complex nature of the political situation that Iran has found itself in. We think of its nuclear armament program and the resulting sanctions. We think of its specific location as an unfortunate chess piece placed somewhere between Islam, Israel, and the West. It is a symbolic country in many ways. Iran has had a long history that stretches, like Iraq, back to the cradle of human civilization. Its roots far exceed the political period that it has embraced since the rise of Ayatollah in the late 1970s. Its history, like every history, is complicated, and Cuvelier’s images reflect this. 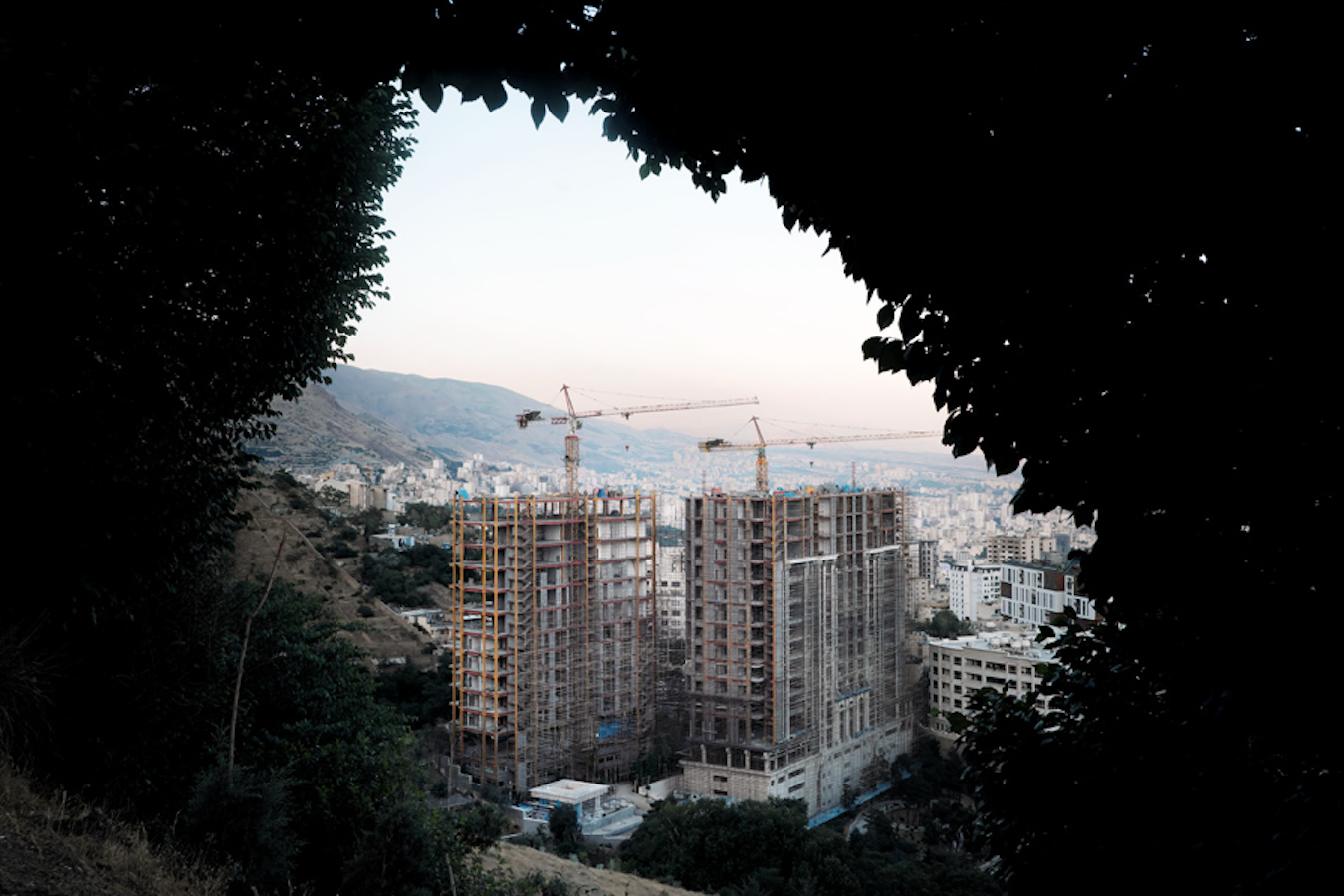 Throughout the book, Cuvelier concentrates on images that feel slightly adjacent to the normal goings-on in Iran. They feel oblique and as though he is wandering the country, camera-in-hand, without decisive locations or devoted to people to photograph. That does not suggest aimlessness or lack of criticality. Rather, as a foreigner, the artist seems to desire to look at the country slightly askance as if to suggest that embarking on a quasi-objective narration of place would only lead him to deadends and misrepresentations. Cuvelier is aware of contemporary policy and Iran as both a gilded garden of history and a political prison of contemporary ideology and he deftly denies images that would imperil anything outside of the associative reading of his visit and his first-person understanding. 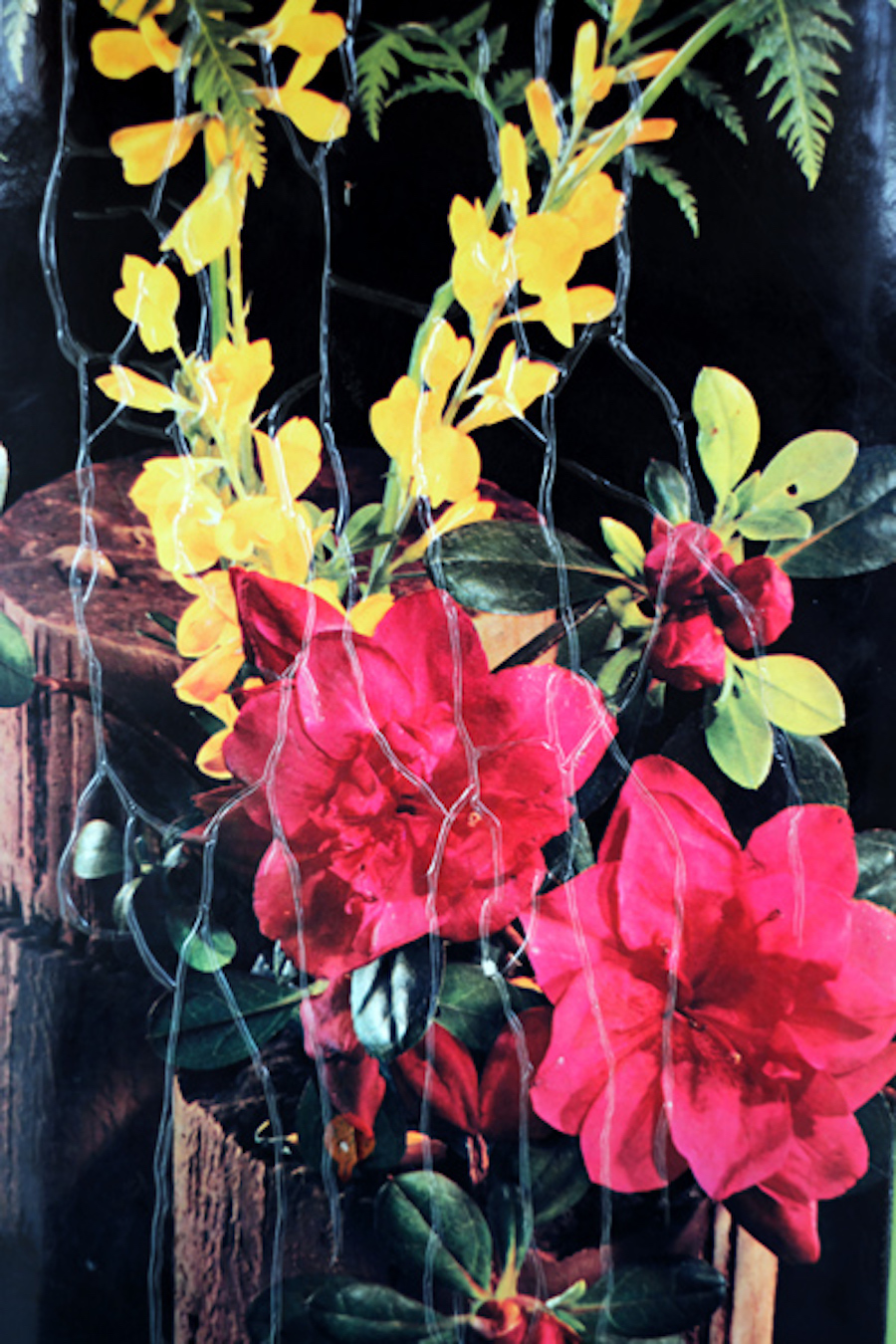 Places like Iran carry a currency to them as they are politically charged and “foreign” to artists like Cuvelier from Western Europe. This exoticism issue has been at the crux of photography since its beginning. We have yet to quantify what is acceptable and what is not and for whom can and cannot make photographs of a place that they are not from it without sparking an outcry from concerned ethical gatekeepers surrounding the medium. How does one make images of Iran if they are not Iranian? How does anyone make images of anywhere any longer if they are not directly born at the point of inspection? If Cuvelier trained his camera on America, it would be ok, because America is what? Wealthy? What about Bristol? Also ok, though Belgium and Bristol share no common language or culture? Who mandates where a photographer may take pictures? I digress… 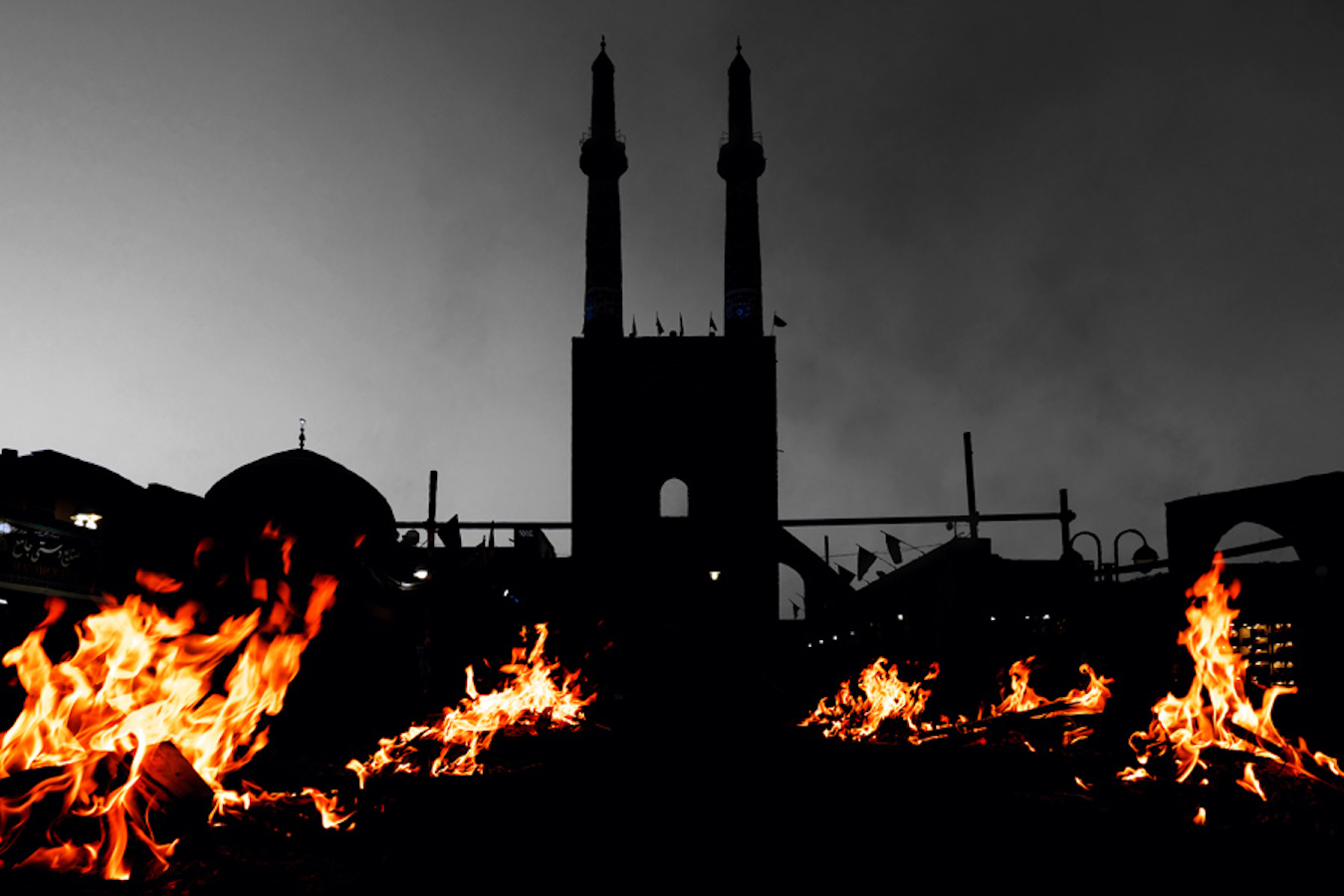 In Cuvelier’s case, the strategy is to avoid people and to look at infrastructure and change. There is an emphasis on unfinished building and observational views of hinterlands found within his framing. Fences and night views, which obliterate background detail are used to silhouette, vignette, and remove people from the focus. These views are less about infrastructure and more about how to photograph in a country where censorship and unofficial musings can land one in trouble. And yet, the removal of people and the arrested development of property sparks more within the imagination than outright and obvious documentation of political or charged imagery. These images would pass a censor and yet they are insidious enough to broadcast themes about Iranian history as evinced through the garden images and contemporary Iran as seen through housing and the emphasis on inoffensive details such as wall paintings and home decor. 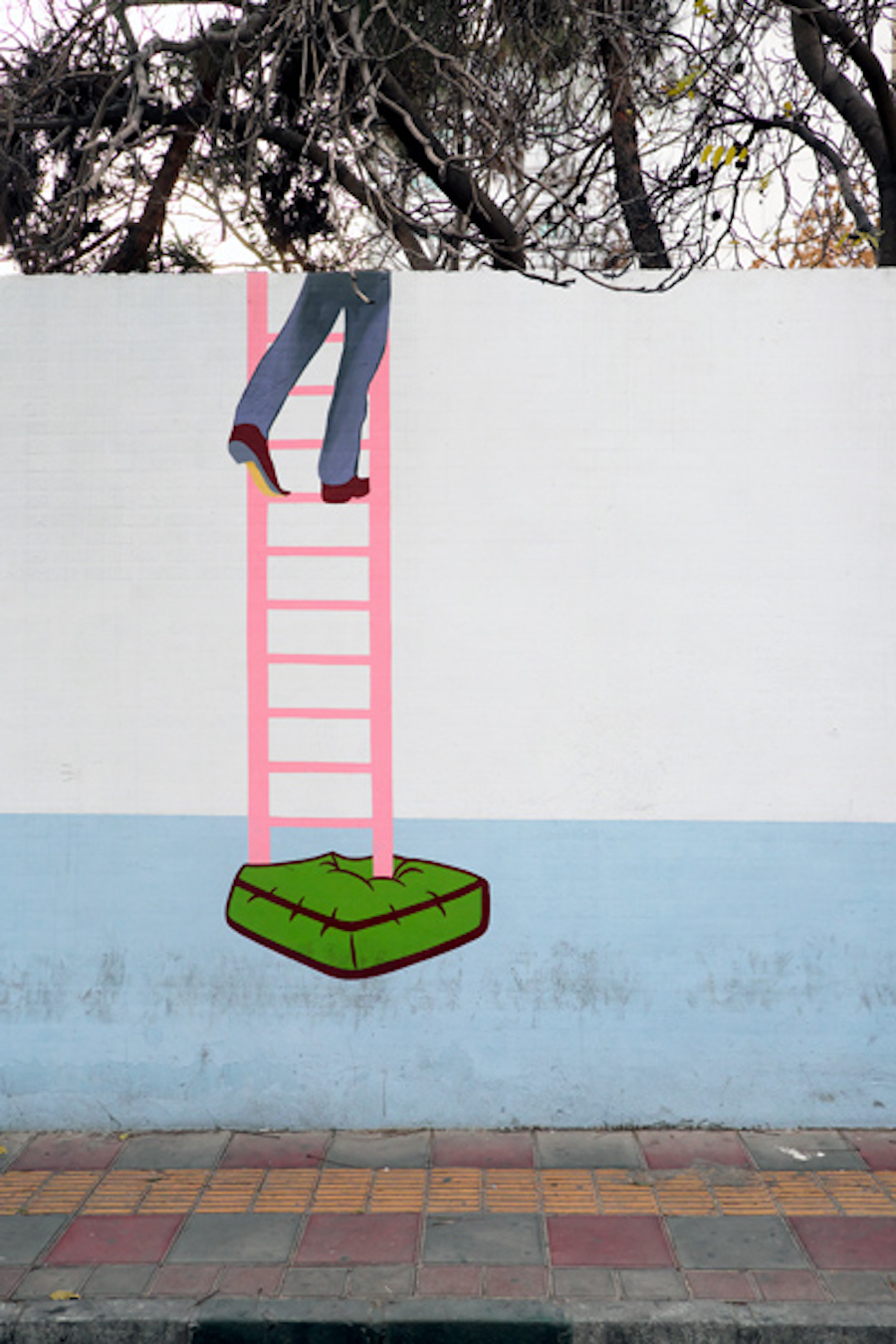 The ability to weave a complex story without showing anything directly is a rare ability. It offers the reader of such works a chance to read the subliminal by-lines of work like Paradise City and to divert the call for objective narrative-building for something looser, more cerebral. It asks the reader to help activate the work. I am reminded in places of Gregory Halpern’s work, though there is a much heavier de-emphasis on portraits in Cuvelier’s work. I am also reminded of John Divola’s color work from the 80’s-colored gel flash being used to communicate a specific mood. Cuvelier’s images are formally framed and studied. 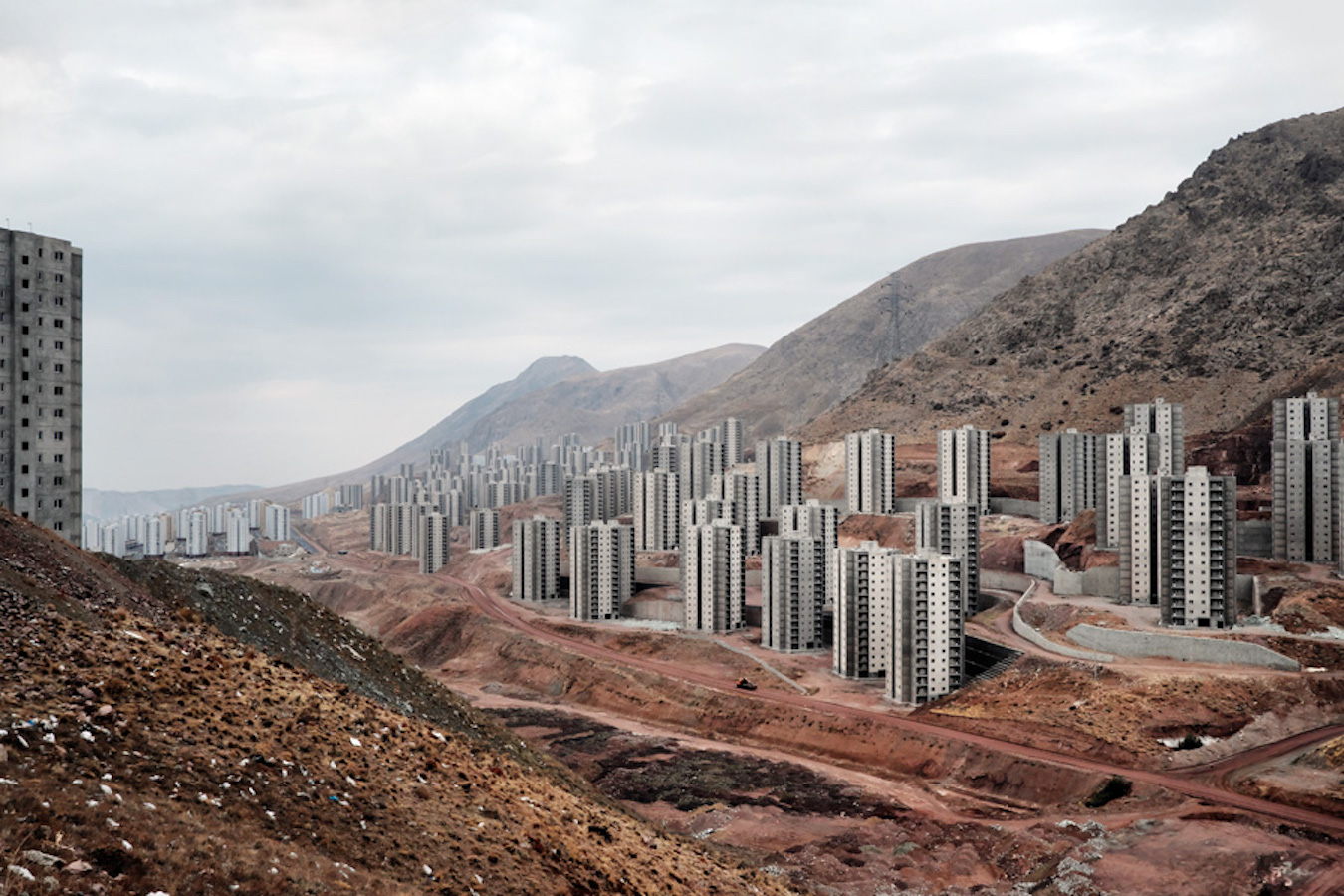 He layers the images against a French text that I believe his aunt had typed up regarding his uncle’s travels. In doing so, we have a number of crisscrossing chronologies and voices that build the foundation of the work and tie Cuvelier to his family and their direct experience of place over time. It is interesting to see his images overlaid on the older text speaking about the Iran of the 1970s. Cuvelier’s images are cold (that is not bad), formal, and exist to put the question of contemporary politics at the forefront of the book. His uncle’s images serve as a strange nostalgic look at pre-Ayatollah Iran and in twining these images with his aunt’s text together, one gets the sense of an Iran of history, both old and in the making. Much like Iran itself, the book is interesting and full of potential.