Today, the range of images that emerge from and of Africa are, thankfully, changing since the steady fracture of the predominant, widespread, negative view of the continent and its people that plagued its representation in the last century.  Africa was, and has been typically visualised through conflict and disaster, and particularly victimised representations of people “in need” of Western intervention or civilisation or as linked to notions which extend from 19th Century romanticism, that of the dark continent, wild, mysterious, dangerous and exotic. These visual tropes still heavily dictate the Western gaze as evidenced in photography that is made both by those who visit parts of the continent to make photographs and also those who reside in Africa and adopt ways of seeing that conform to Western ideals of what constitutes an acceptable visible spectrum. The media and global art market has been crucial to these processes of visualisation, ideas that eventually seep into popular culture, and this can be seen in accordance to the high premium paid for the black body’s death or its fetishization, again, two tropes not so far detached from the above concepts. At the same, time the ever-expanding art market in its search for the ‘new’ has provided new exposure to practitioners from Africa who have offered a challenge to typical representations. They have been revealed through a growing interest in new centres of artistic activity and production, a buoyant biennial culture and a new scramble for African talent by Western institutional outreach and survey programmes. And with all this, we find new visualisations and approaches to Africa by those who intimately know the place and want to express their experience of it. 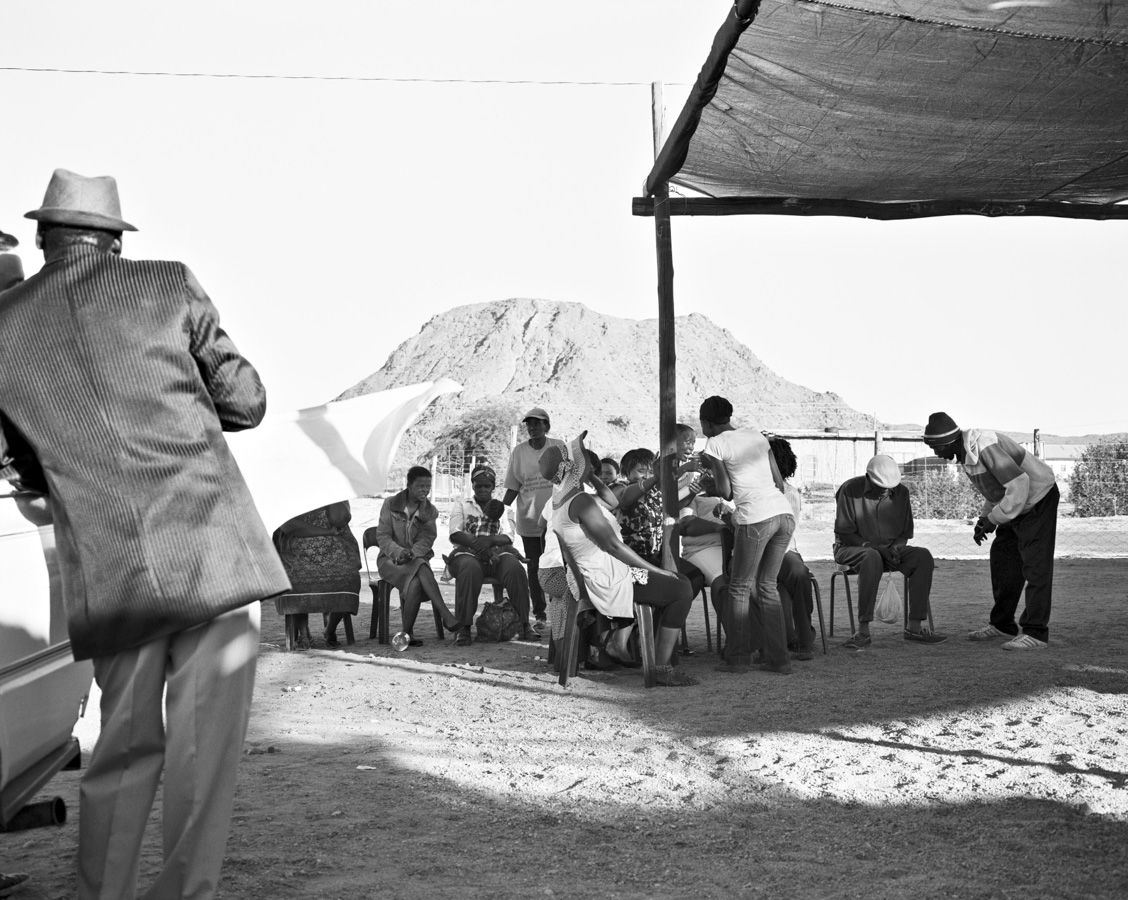 If we were to go back to a time before the original, colonial Scramble for Africa, the continent was not divided into the nation states we know of today but existed as a patchwork of nomadic regions. A number of small colonies existed, initially ports, along the continent’s coastlines that were staging and supply posts, part of trade routes into the Indian Ocean and beyond for access to Asia. In the western part of the landmass, these developed into centres for the purposes of securing and supplying the slave trade to various parts of growing European imperial projects. South Africa’s own history of European intervention emerges from the Dutch and Portuguese and later the British. The largely Dutch settlers, or Boers, steadily moved inland in what was called The Great Trek. The development of this early settlement ultimately sets the basis for Apartheid which forms the character of South African racial struggle and which becomes recognised as a state of emergency by the late 1980’s and 1990s and I take the title of this article as a reference to that and a conversation between Jo Ractliffe and Okwui Enwezor about her work in relation to this period of time. This is a hugely compressed, bastardized reduction of this history, for which I apologise, but the point I wish to make is that in thinking through Africa, we cannot divorce colonial histories from trajectory of conflicts that plagued the continent throughout the modern period and into the 20th Century. These effects largely continue. The movement of people fleeing conflict and the effects of climate change are evidence of this legacy today.

“Ractliffe’s work, whether consciously or not, emerges at a time when the impossibility of representing experience started to gain purchase in discussions around the medium’s shortfalls.” 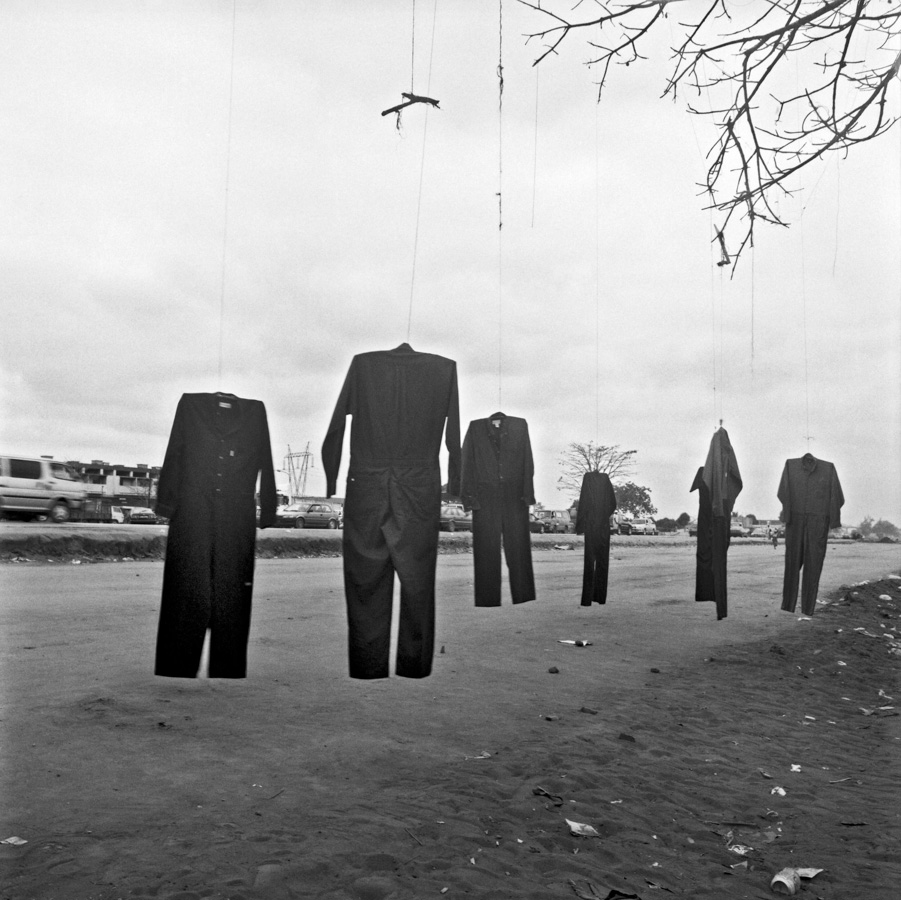 Roadside stall on the way to Viana, 2007

In spite of the social and political volatility of South Africa and its history, Jo Ractliffe’s work emerges retrospectively at a point which is temporally displaced from the events it refers to. Away from the immediacy of photojournalism and documentary witnessing of the effects of Apartheid and South Africa’s border conflict with Angola, Ractliffe’s work responds firstly, to her own experience of being immersed in this charged political atmosphere and racial system of segregation, bearing witness to its injustices however detached or remote she was from the centres of unrest that unfolded in her life around her. For her there will have been a position to negotiate and perhaps photography became the tool in which to express that position with a degree of personal agency? I want to point you to a retrospective monograph, Photographs 1980s – now, a selection of her life’s work, released on Steidl/The Walther Collection last year (2020). It is a significant body of work covering over three decades of photography as well as recent work.

Although the region’s landscape forms the majority of what is depicted in this book, I wouldn’t describe Jo Ractliffe as a landscape photographer. The landscape and its features, here are proxy to affect that comes from knowing, feeling and attempting to come to terms with the force of history and the, at times, violent past which has ravaged the lives of so many. Ractliffe’s work, whether consciously or not, emerges at a time when the impossibility of representing experience started to gain purchase in discussions around the medium’s shortfalls. A state of emergency might be too melodramatic a phrase to describe this too, yet, we know the “crisis” that presented itself as a result of an extensive post-modernist reassessment led to new approaches to the treatment of photographic aesthetics and conceptual strategies. 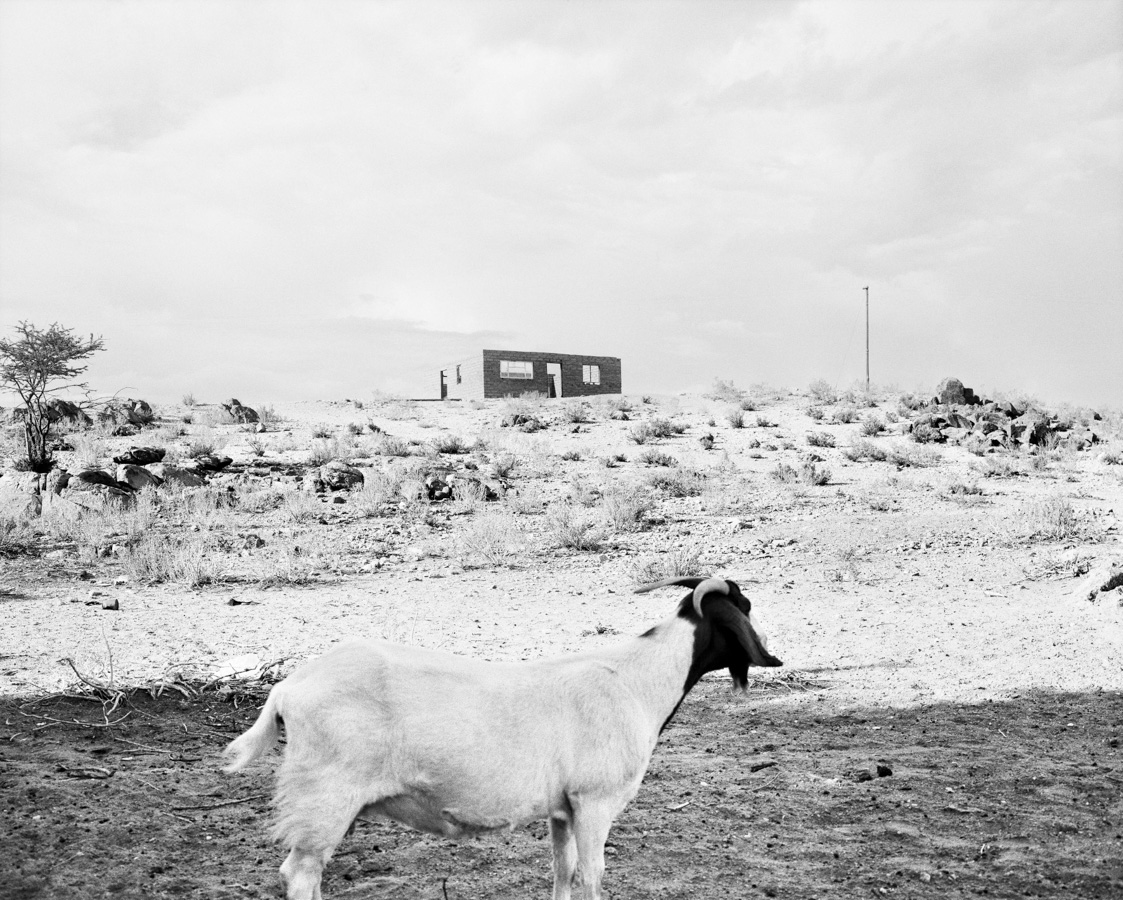 Not self-reflexively responding to the medium, in her earlier work, Ractliffe experiments with the lo-fi photography of Lomo and Holga cameras and also with sequencing of images, photo-stitching images together to form urbanscapes in Johannesburg Inner city Works (2001) and in the powerful Vlakplaas: 2nd June 1999 (drive by shooting) (1999) which is presented in the book across a number of pages but also exists as a short film complete with soundtrack. These cinematic approaches show a resistance to the more static, witness-like approaches of her contemporaries, such as David Goldblatt and many others at the time who were very much invested with the documentation of what presented itself in front of them. Instead, Ractliffe leverages the mediums possibilities towards self-expression through creative manipulation like this or as we see in her more conventional images, through the use of metaphor. 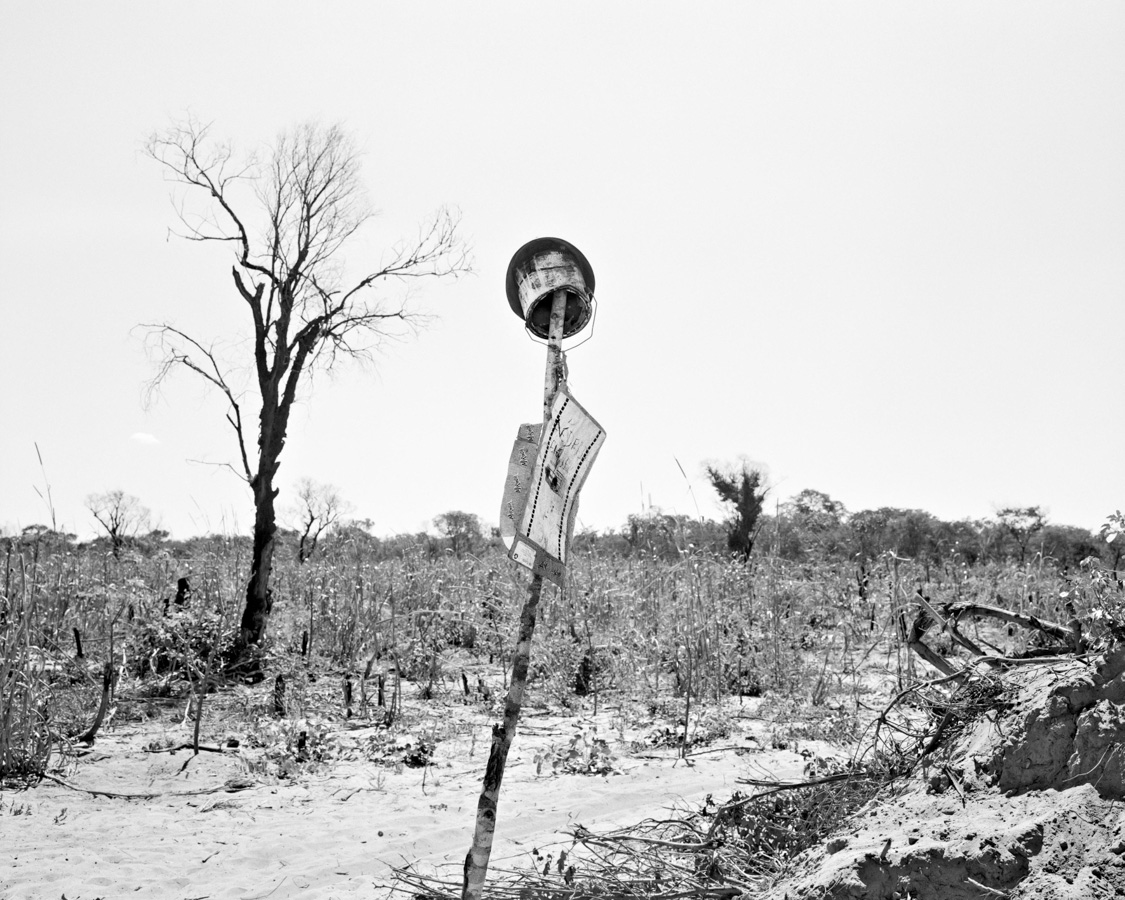 “A body of work beginning in the late 1980’s carries through the period of global protests against Apartheid and the call for the release of Nelson Mandela, up to his release and the end of a state that forcibly imposed a system of  white supremacy as its governance model since its formation.” 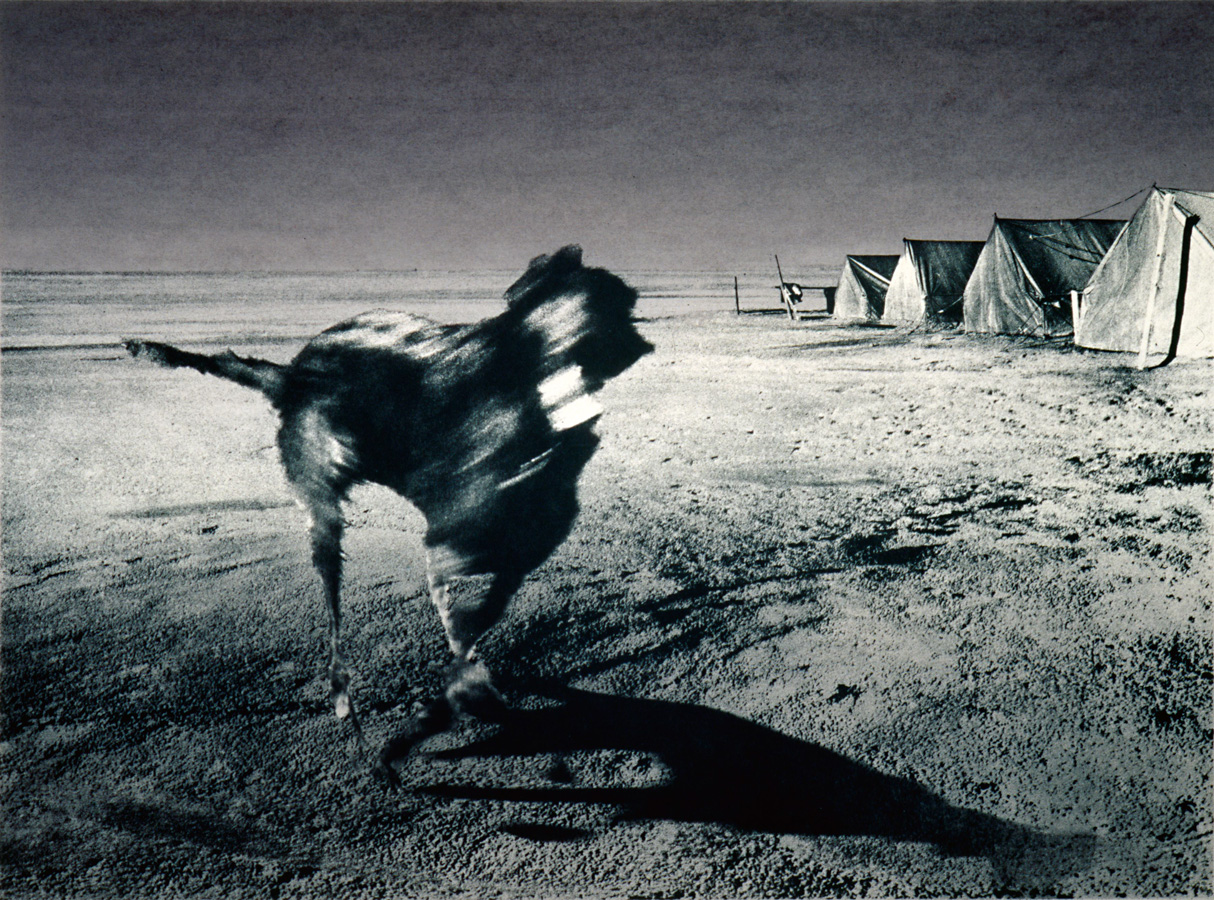 These metaphors do two things. First of all, they stand in for the impossibility of visualising the past and secondly, they provide a relief for the scenes that Ractliffe is unable to find. As an artistic medium photography has the ability to be stretched into places well beyond its indexical relationship to the world. Ractliffe leverages this attribute to great effect. In the Namibian dessert she finds very little evidence of what unfolded there, in some cases nothing remarkable was to be seen. For me, in some images it evokes John Gossage’s work in his book Nothing (Waltz Books, 2015) an exercise in which he asked to be taken into the Saudi Arabian desert away from urban centres only to find very little of note. However, in this case Ractliffe was aware of the border wars with Angola which had specific histories, sites and events very much still circulating in popular memory. And like Gossage, Ractliffe is able to reverse this lack, translate the experiential into enquiry and suggestion. These haunted spaces, loaded with their histories begin to speak again through the barren, cleared landscapes overwhelmed by nature and the elements. 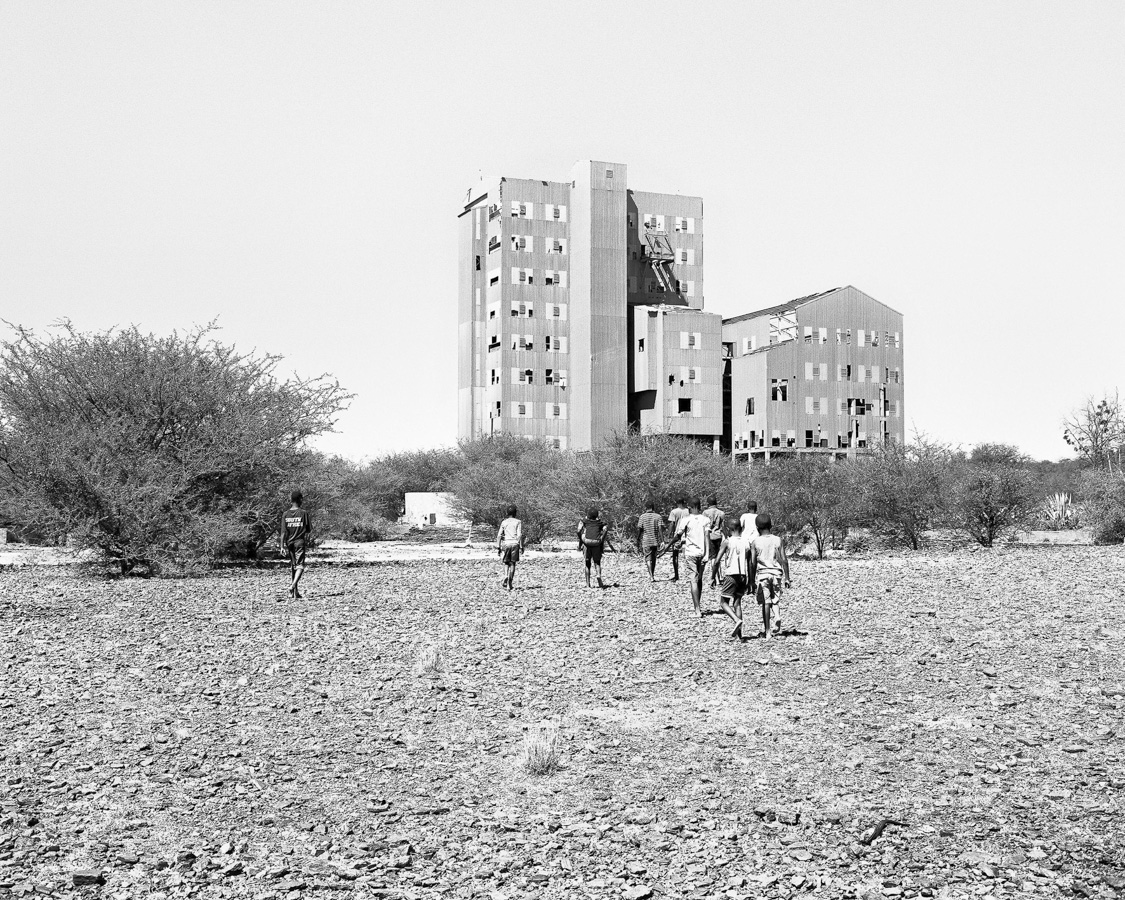 The mill, Pomfret Asbestos Mine, 2013 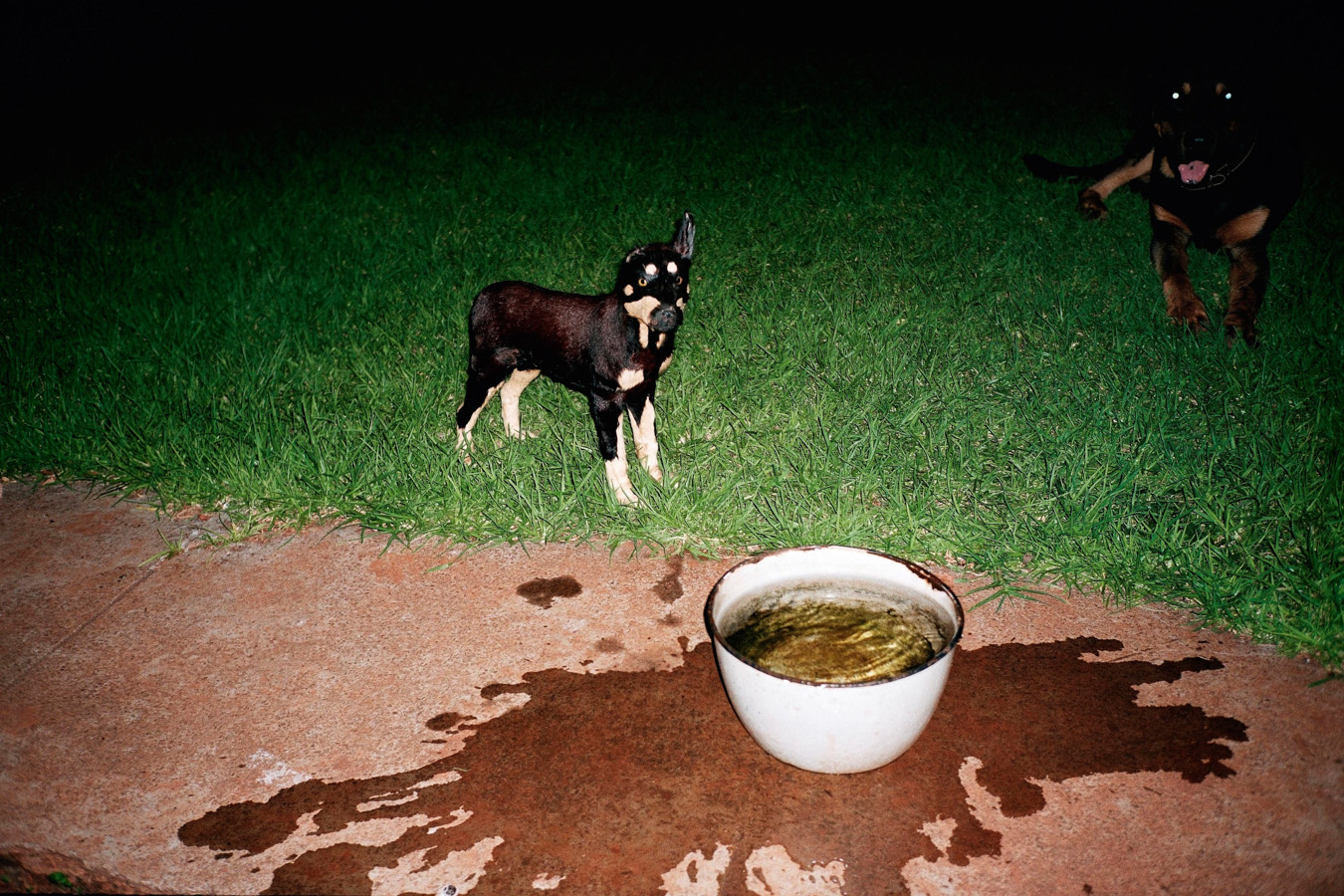 The book is generous. It allows deep insight into Ractliffe’s archive, including more recent works and with the addition of extensive text elements in the form of introductory words on each chapter, essays and reviews at the back, it constitutes the focus and enquiry of the photographer’s work and the various contexts in which that work circulates. A body of work beginning in the late 1980’s carries through the period of global protests against Apartheid and the call for the release of Nelson Mandela, up to his release and the end of a state that forcibly imposed a system of  white supremacy as its governance model since its formation. Despite the end of Apartheid and a sense of democracy restored the legacy of this system is hard coded into the structure of the nation and its dismantling continues to be its challenge. It probably possible think about Ractliffe’s work in a much more personal way but for me it is hard to divorce these images from the violence and trauma experienced by so many at the hands of this regime and that although represented through a rich history of photojournalism on the front lines of protest, activism and political flashpoints, is latent in its implication within these images which are equally important in reflecting a land and its features as witness. Towards the end there are two sections of new work. One is a retrieval of unused and project-less images from the archive, Everything is Everything, the other, a collection developed again from the archive where lost images find their fit in a new body of images, Signs of Life, both symbolise a freedom, personally, politically, perhaps and where the photographic image, at least, is released from its tether to the past.