The scopic drive, or scopophilia, is, as defined by the psychoanalyst and psychiatrist Jacques Lacan, the human unconscious desire being triggered by our looking and being looked at. It is inherently sexual – it’s about pleasure, or lust, derived from observing or being observed. The notion has been heavily surveyed in psychoanalysis and reflected throughout film, photography and literature – Alfred Hitchcock’s classic Rear Window, John Berger’s Ways of Seeing and Nan Goldin’s Scopophilia exhibition to name but a few, but also Peeping Tom and Psycho. 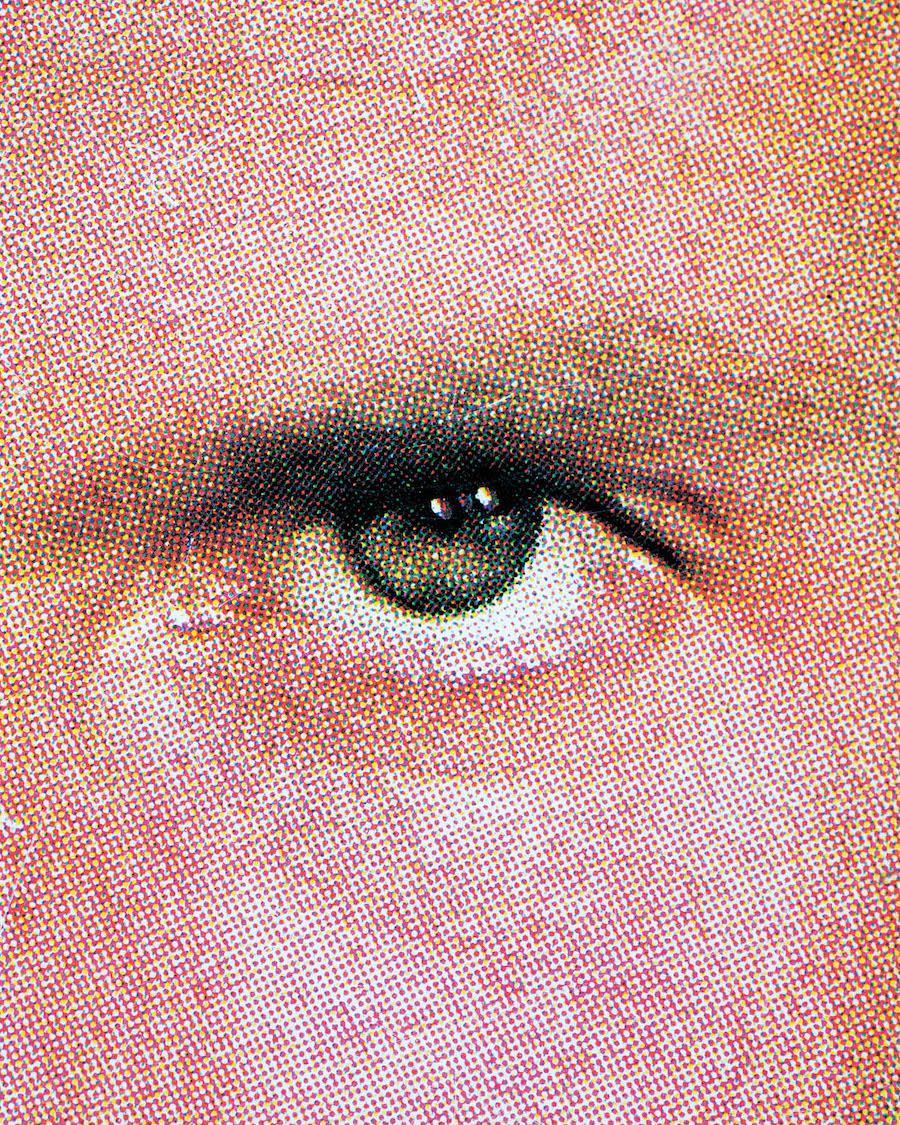 There are many variations of scopophilia – voyeurism, i.e. the satisfaction gained from looking at something which might be either a taboo or just not intended for the viewer’s eyes, exhibitionism and the the male vs. female gaze dichotomy (the latter is expertly explored by Laura Mulvey in her essay Visual Pleasure and Narrative Cinema from 1975). Pacifico Silano’s debut artist book I Wish I Never Saw the Sunshine (Loose Joints, 2021) relies on the human curiosity and desire for looking and seeing by presenting partially cropped, obscured, and layered images of vintage gay erotica from the peak of the AIDS epidemic in the United States. Historically speaking, photography has been a breeding ground for examples of the male gaze – men photographing women as objects in sexually suggestive poses are not hard to come by. I Wish I Never Saw The Sunshine subverts this not just because the pictures are not taken by the photographer (they are sourced from archival imagery) but also by the fact that the photographer is a gay man presenting other gay men to an audience of straight and gay men and women. 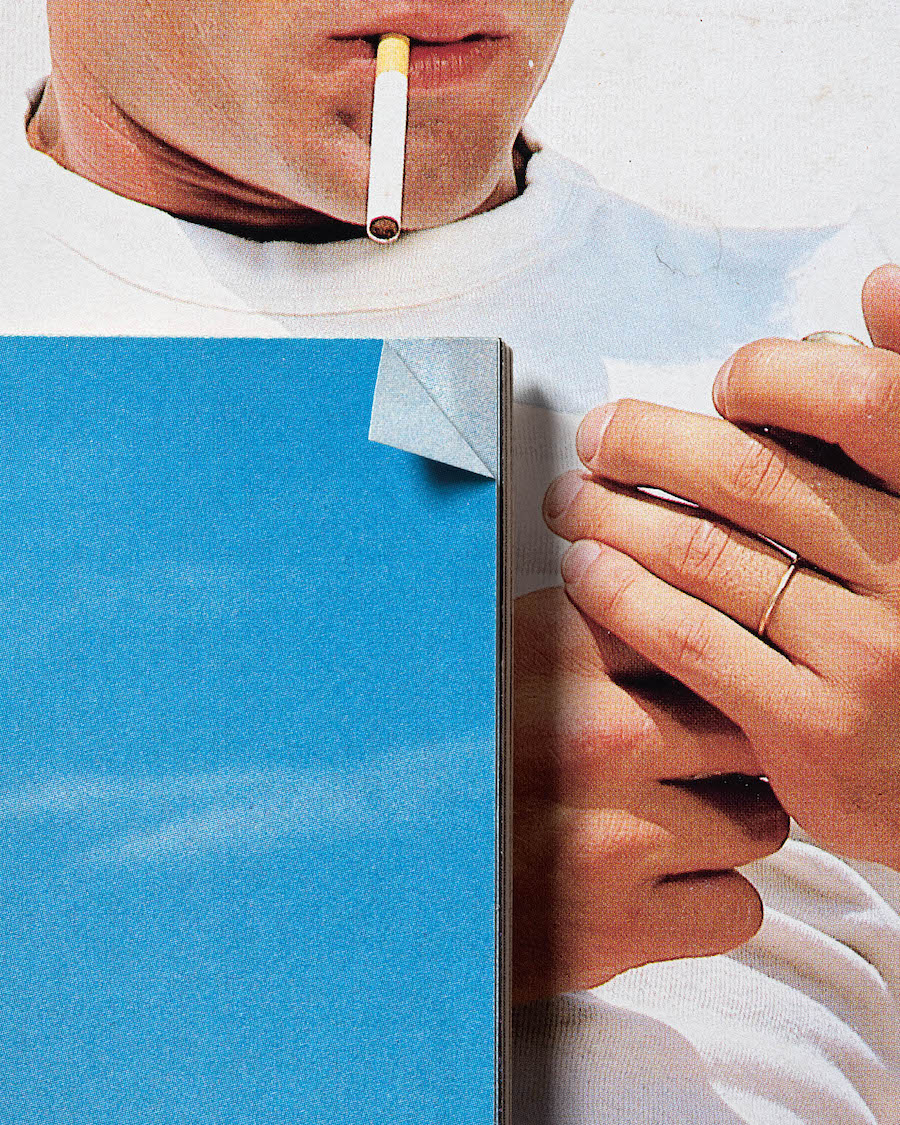 What is a homosexual? Does it differ from being or identifying as gay? Walt Odets posits that “as far as we know, being gay is simply one expression of natural human diversity for which explanations and justifications are owed to no one” and also argues that the term “homosexual” has a slightly negative connotation, which implies that gay people are only interested in sex and incapable of engaging in loving long-term relationships as their straight counterparts. Gay people are stigmatised, shamed and made to feel inferior, second-class citizens left, right and centre, even in modern day 21st century Britain and the US. Yes, enormous progress has been made and we occupy a better, more solid and inclusive social space, yet as long as the notion of “coming out” and “closet” live in young gay boy and girls’ minds, implying that the mind is engaging in abnormal, almost frowned upon activities to which they needs to confess, shame and a sense of inferiority will surround us. It is no wonder that we want to be out and proud, present ourselves as valid members of society but also dismantle the cliches – not every member of the LGBTQ community is sexually promiscuous or dabbles in drugs. Many are in relationships and study after study confirms that gay relationships are not more feeble than any others, perhaps because the male bond on a brotherly level is incredibly strong, but this is purely a speculation. Photography has an incredible power to not only hold up a mirror to the world and society but also elicit change. 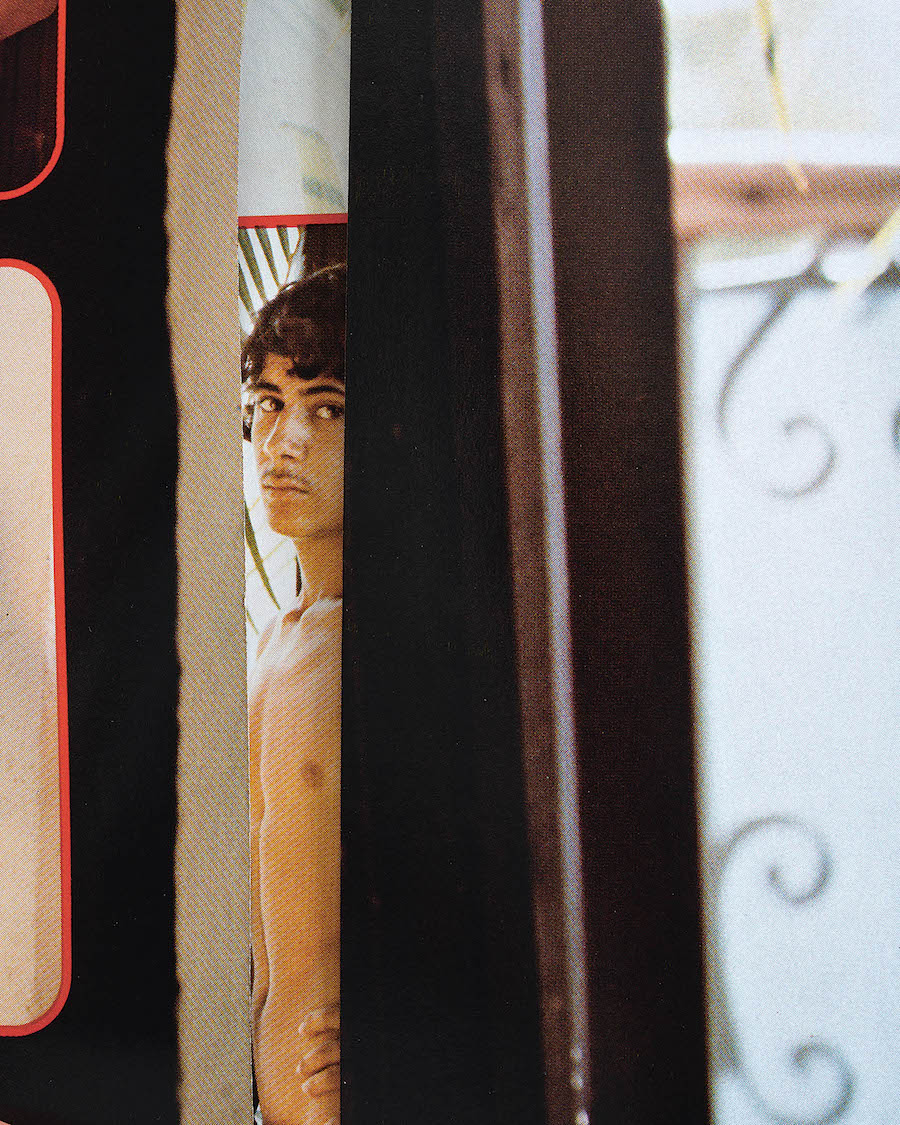 Whenever a film, documentary or a book presents members of the gay community as people and fellow humans this can only be welcomed as a harbinger of a better, kinder and more equal society. In the 1960s most Americans considered homosexuality more harmful than adultery, the causes to homosexuality were also wrongfully ascribed to a dominant mother, as if there needs to be a reason for justifying being oneself. It was considered a mental illness which has reached epic proportions. Shame and stigma go hand in hand and homosexuality was officially under the same umbrella with sinful behaviour and mental illness until 1973. Yes, we have moved a great deal, but in 2021 the catholic church declared it cannot condone gay partnership because God cannot bless sin while days later the first gay Captain America was unveiled, marking the character’s 80th anniversary. Captain America, the stark symbol of masculinity throughout the globe, sleeps with men, and J. K. Rowling even now refuses to deny that Dumbledore is gay – why wouldn’t he be? Does Silano’s book break the stigma of being gay? It’s too much to ask from a single work of art but it certainly does justice to the cause and it helps move attitudes in the right direction. 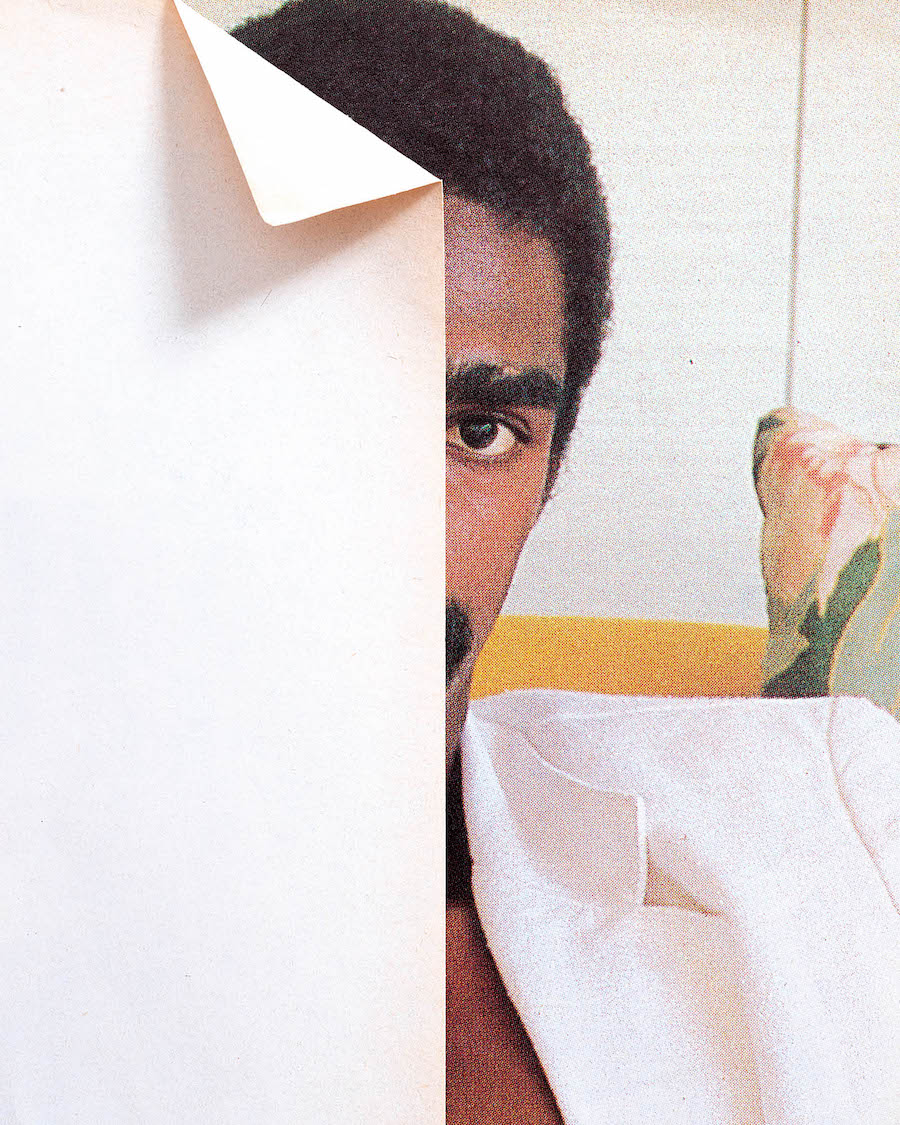 I Wish I Never Saw the Sunshine is a concertina book, which is almost as bold a move as the work contained within. Accordions are book-objects, as Dayanita Singh likes to call them, and they give the viewers many different possibilities of looking at the pictures – they can be seen as a standard double page spread, or four images at a time, or the whole length of the book, 20 plates on each side, spread out and absorbed at once as a singular panoramic image. The book transcends the viewer into an imaginary hot and sweaty dream world full of eyes shut tight, macho moustaches hidden behind sheets of paper, orange clouds, sweaty skin, sultry pores, sexually suggestive oranges, enticing gaze staring right at you, the back of a young man’s head, flowers, cars, the ocean, retro phones, pink in tandem with black and white, hairy armpits, stapled crumpled pages, layers, creases, so many layers it’s dizzyingly disorientating, legs, cigarettes moments before being lit, the moon and crotches clad in red undies. The images are collages, crops, superimposed ephemera printed on riso, which shows the building blocks of the image – a nostalgic equivalent to contemporary pixels. They evoke loneliness and melancholy but also joy, playfulness and humour – apt metaphor for the inner conflicts of the majority of LGBTQ people. It is a queer celebration of masculinity which discards the outdated notion that men must be masculine and there is only one way to be a man. The pictures create an intriguing push and pull between concealing and revealing and serve as a reminder of the proverbial closet that many men, out or not, still live in.

“Our sexual lives are a mysterious blessing from nature, our roses and scrub brush, our sunlight and thundercloud. Sex is ecstasy and disappointment, and everything in between” – Walt Odets

The book feels timely. It was released in the same year as “It’s A Sin” on Channel 4 in the UK, which follows the lives of five gay men and their friends showing what it was like to live in the thick of the AIDS crisis in England where little was known about the “gay cancer” from America. The most important achievement of the TV series is arguably bringing up the topic to people’s minds and lips and the sense of how serious the situation was. This is invaluable and its importance is hard to overstate. Now highly active anti-retroviral therapy (HAART) is widely available, at least in the West, to the point where not only does an infected person become undetectable, meaning they cannot transmit the virus, but also they would lead a long life, often as long as they would had they been HIV negative. Unfortunately, this groundbreaking feat of medical and scientific achievement means that young gay men born in the 80s and 90s are prone to being largely unaware of the battles their predecessors were fighting, simultaneously on political and health grounds. 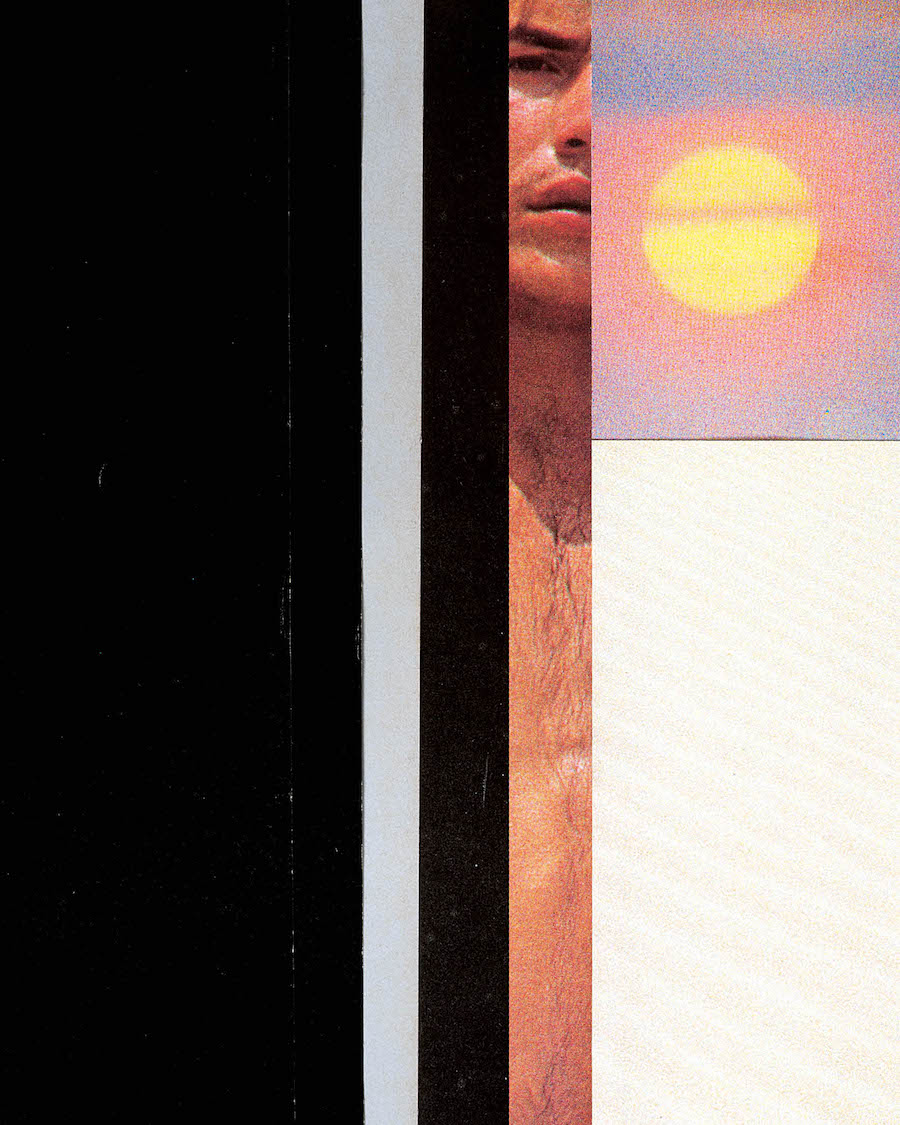 LGBTQ culture does a fantastic job in making sure that this is not forgotten and these art forms are indispensable when it comes to educating the new generation about the horrors of the 80s. Gideon Mendel showed us the AIDS wards; Sunil Gupta photographed his fellow gay men with their lovers; “Visible : Out on Television” gave first-hand accounts of what it’s like coming out as gay when you’re a celebrity. Cultural artefacts like these, together with I Wish I Never Saw The Sunshine, are instrumental in preserving history and humanising gay men, changing perception for the better. In Silano’s words he wanted to create “a fever dream where you go in and out of consciousness, creating juxtapositions that elicit feelings that surround a certain time of day and a place in time; the melancholy that comes with the end of summer, that fleeting moment” and he has done precisely that.

I Wish I Never Saw the Sunshine