I don’t know if I believe that photography can define a people or a nation adequately, so I surmise that its best course of action is to speak about these topics in metaphor as if an attempt at truth will not be tolerated by observers from a secondhand accounting. It seems as though a majority of photographers seek to undermine the complications of reality through an attempt at representation. They believe that  truth will govern their work and that it will be communicable to others as something close to a direct experience rather than a surrogate secondhand attempt at it. Given that these pursuits entail speaking for the experience of others, the position to represent a people or nation in anything other than metaphor is to be considered pastiche or bound to encourage boundless cliches and stereotypes. What we cannot experience directly and what we experience through the intercession of an image as stand in for the real should be disqualified from attempts at an illustrative reality. 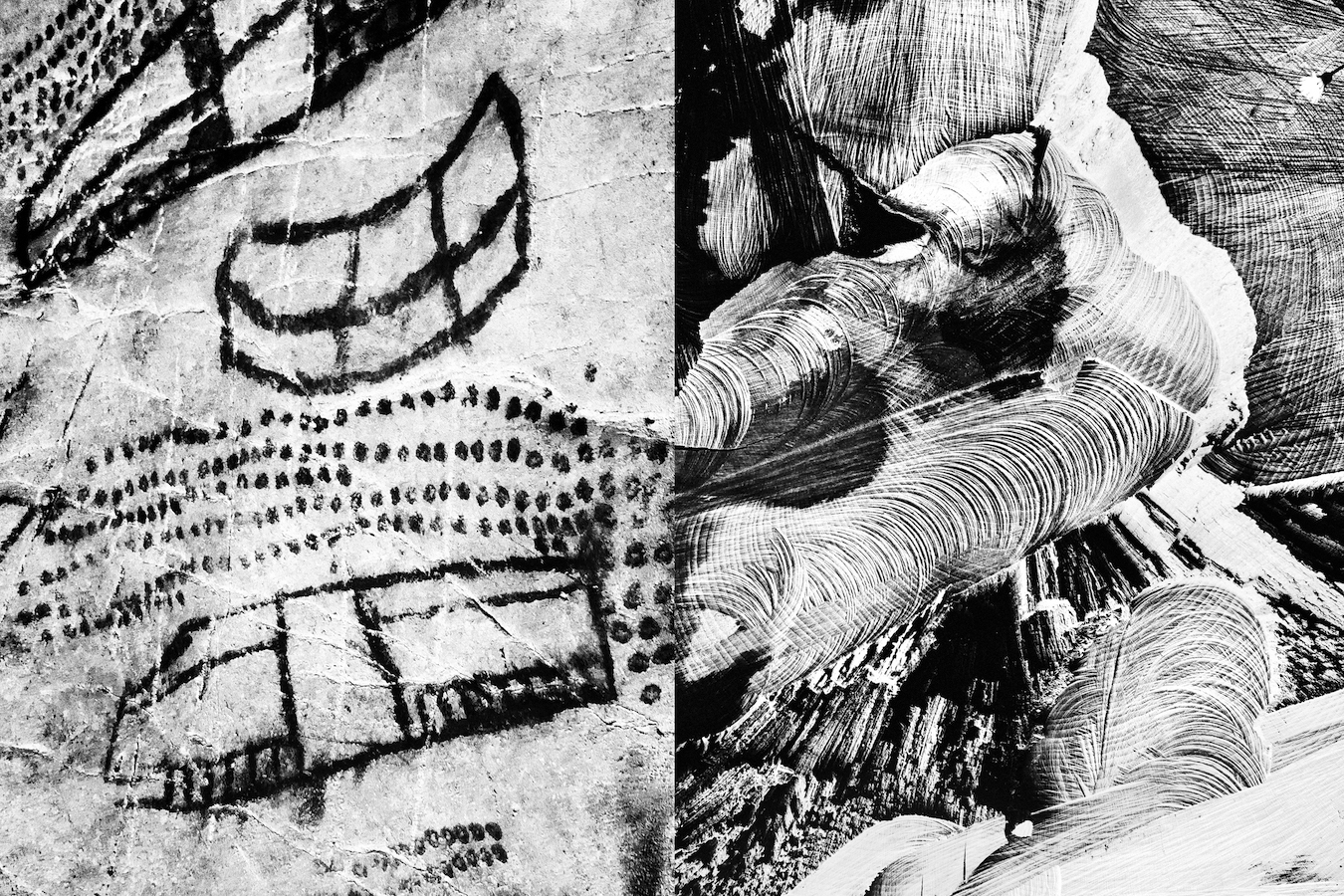 Instead, the photographer must speak in associative or approximating imagery-things that look analogous to experience, historical record, or definitive geographic details and should be considered “something of or like”. In defining one’s efforts by loose proximity instead of from a position of authority, the results of the creation of images becomes something more honest and the possibility to understand, unlock or approximate a people or place becomes more likely. The result suggests an approach to the subject that one can speak around, if not about. Speaking around a subject is to consider something of a condition that is unfixed, movable and interpretive. This condition suggests an openness to read the image as qualifying, yet inexact. 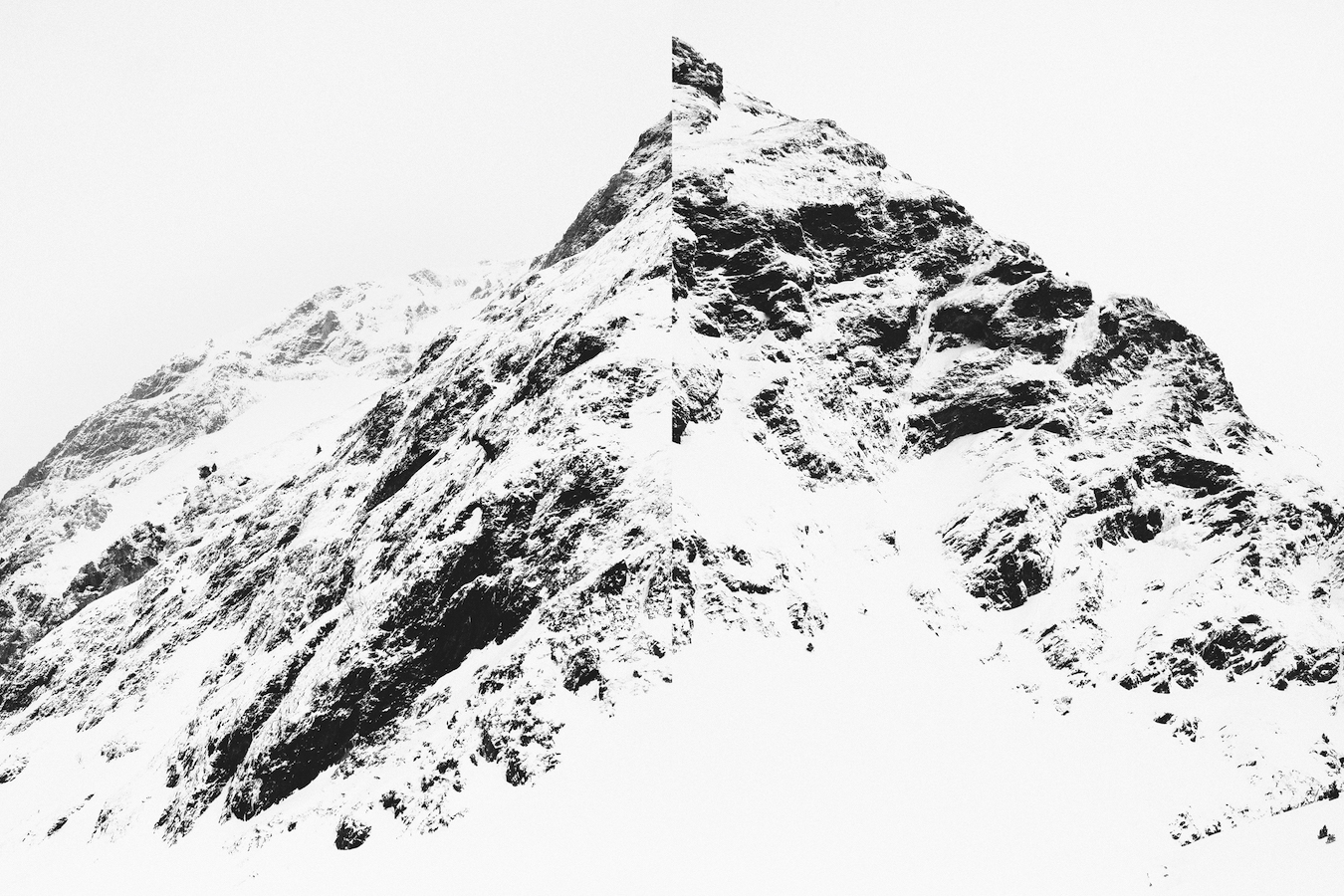 In the case of Jon Cazenave’s Galerna, the artist realized that to approximate his homeland of the Basque country of Northern Spain and its multiple representations, that he would need to speak around and not about his home. To describe the Basque country is to describe a terrain in which many principal elements collide from geological manifestations of tectonic shove as seen in the mountain ranges that harbor boar and other wild game to the tumultuous stretches of sea that line the community’s northern reaches. In associating these features to a relative understanding of the Basque country, Cazenave is able to give an approximation of the land that the Basque people occupy and he suggests a rugged, yet fertile terrain in which “plenty” is possible.  The images that the artist has harvested divulge few concrete truths of the land and sea. Instead the photographs are atmospheric and proximal. In Galerna, the atmosphere is incalculable by metric and it is fleeting. Incoming and outgoing storms on the horizon suggest a constant shift in appearance. The land and geography of the Basque country is the first manifestation of Cazenave’s interests in speaking around his homeland. 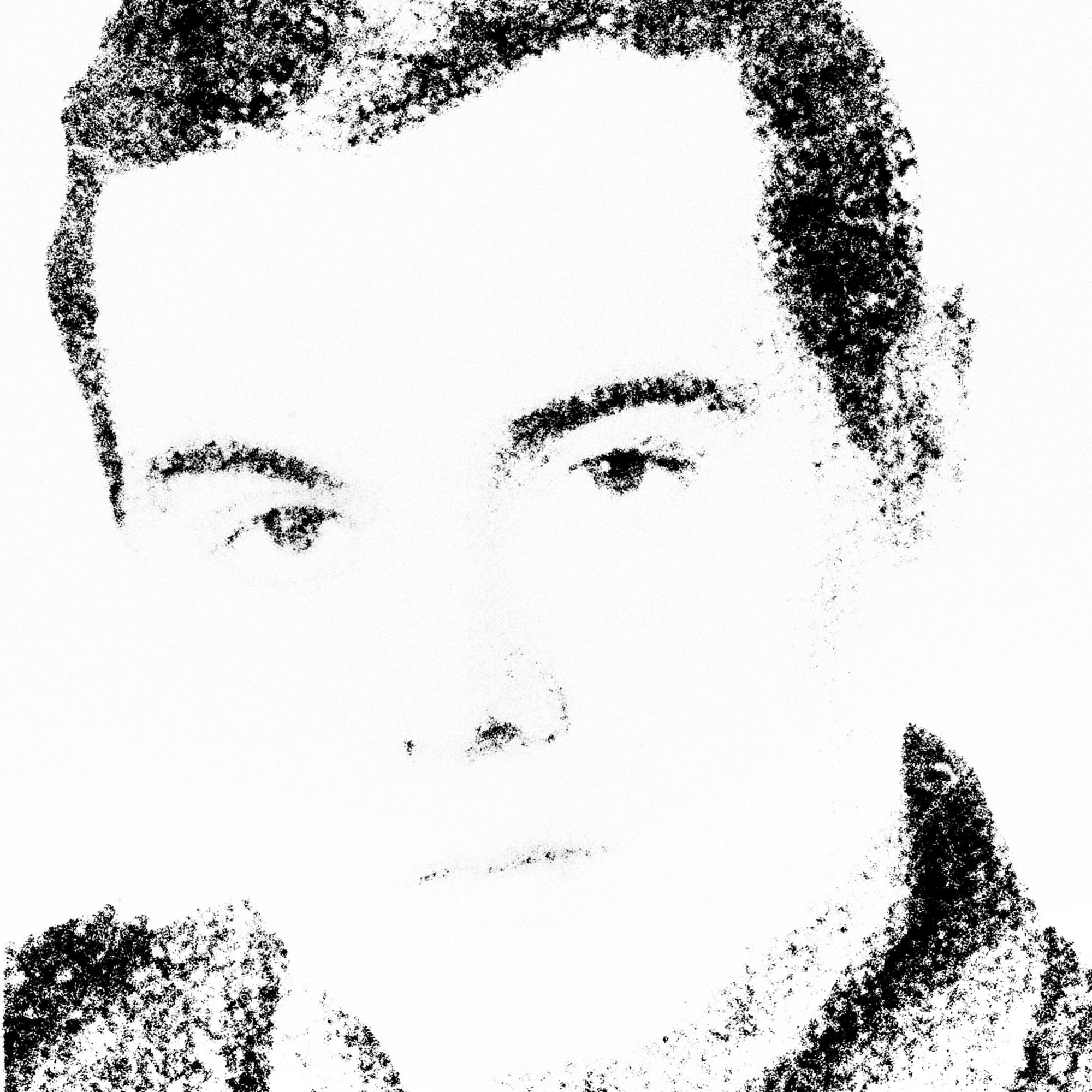 The second manifestation that the artist has used to approximate his understanding of The Basque is through its language and the signs that adorn its blackened soot covered walls and surfaces. Strange printed portraits form a barrier and align public spaces. They are imperfect. A type of visual communication can be found in these signs and in the graffiti that adorns the aforementioned walls, but it can most visibly be found in the ancient cave paintings that the land is host to. Here the artist begins to interrogate the cave for a communication of genesis. Who were the people to try and communicate from the dawn of history? Are their messages pertinent to the artist? Is he able to decipher their content without believing they hold too much meaning? Through his camera he suggests an approximation of communication. He asks what is universally understood that is not committed to the local only. Here images again become interpretive gestures much like the artist’s photographs. 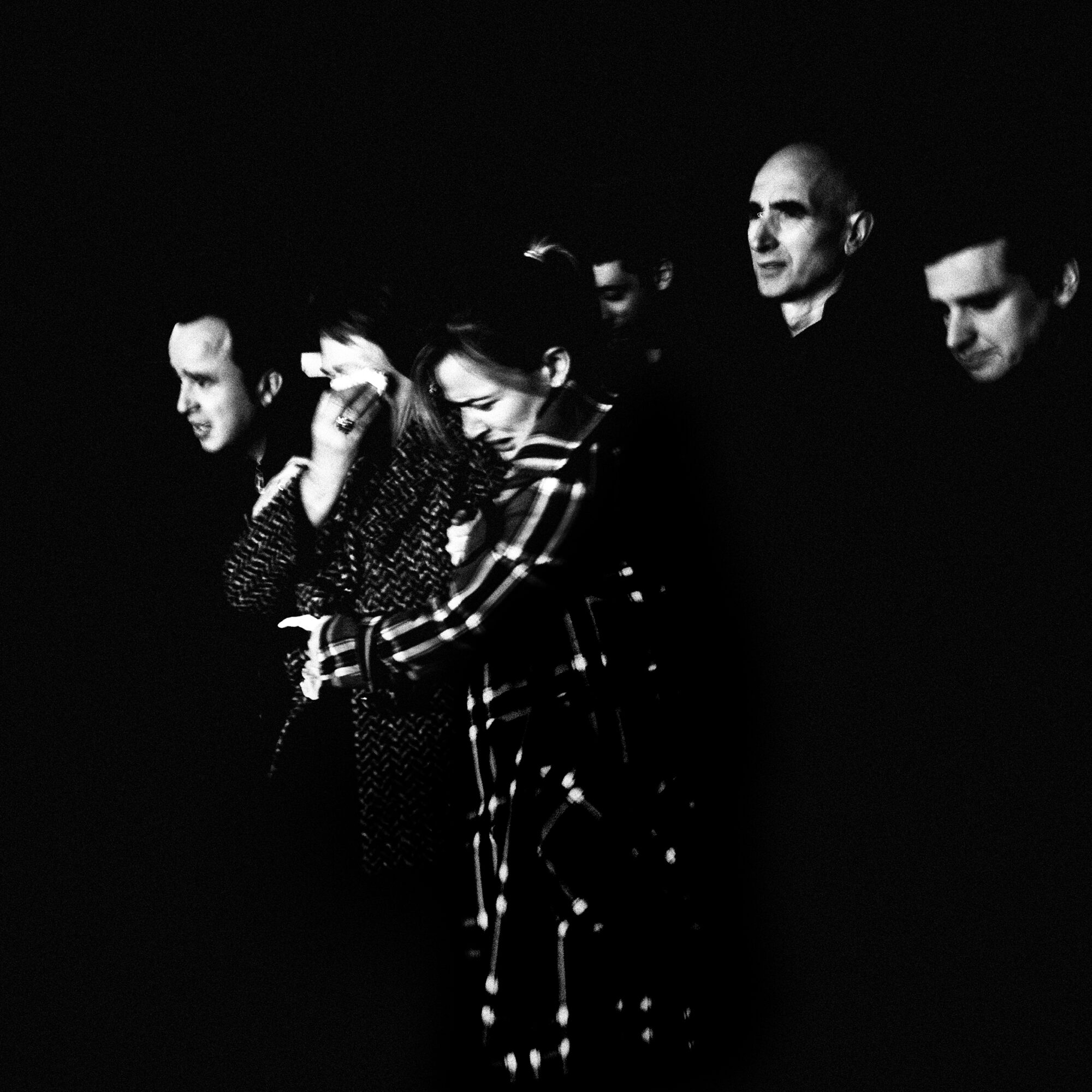 The third manifestation of the artist’s approximate dialogue with his “home” are through the people who gather in frame, in mourning or perhaps even in celebration. Their tears are hard to read, but one senses an anguish within. Are these mourners encouraged to read the aforementioned messages of the printed portraits? If so, what could they mean? Is the audience left to understand the history of Basque country and its relationship to the terrorist organization E.T.A? What piques their deep-etched sorrow, their furrowed brows and their charcoal cloaked frames sculpted from the pretence of an approximate of oblivion? There are Basque people here. They cry, they move towards a cruciform silhouette and they play sport at the edge of a stage set at the precipice of void. You can watch. And then there are bodies rolled in the soil of ages. The pale alabaster of ample flesh looks as if it is made from a suggestion of Hans Bellmer whispered into the ear of Bernini who only had the tools of Robert Gober to complete the work. You can look. 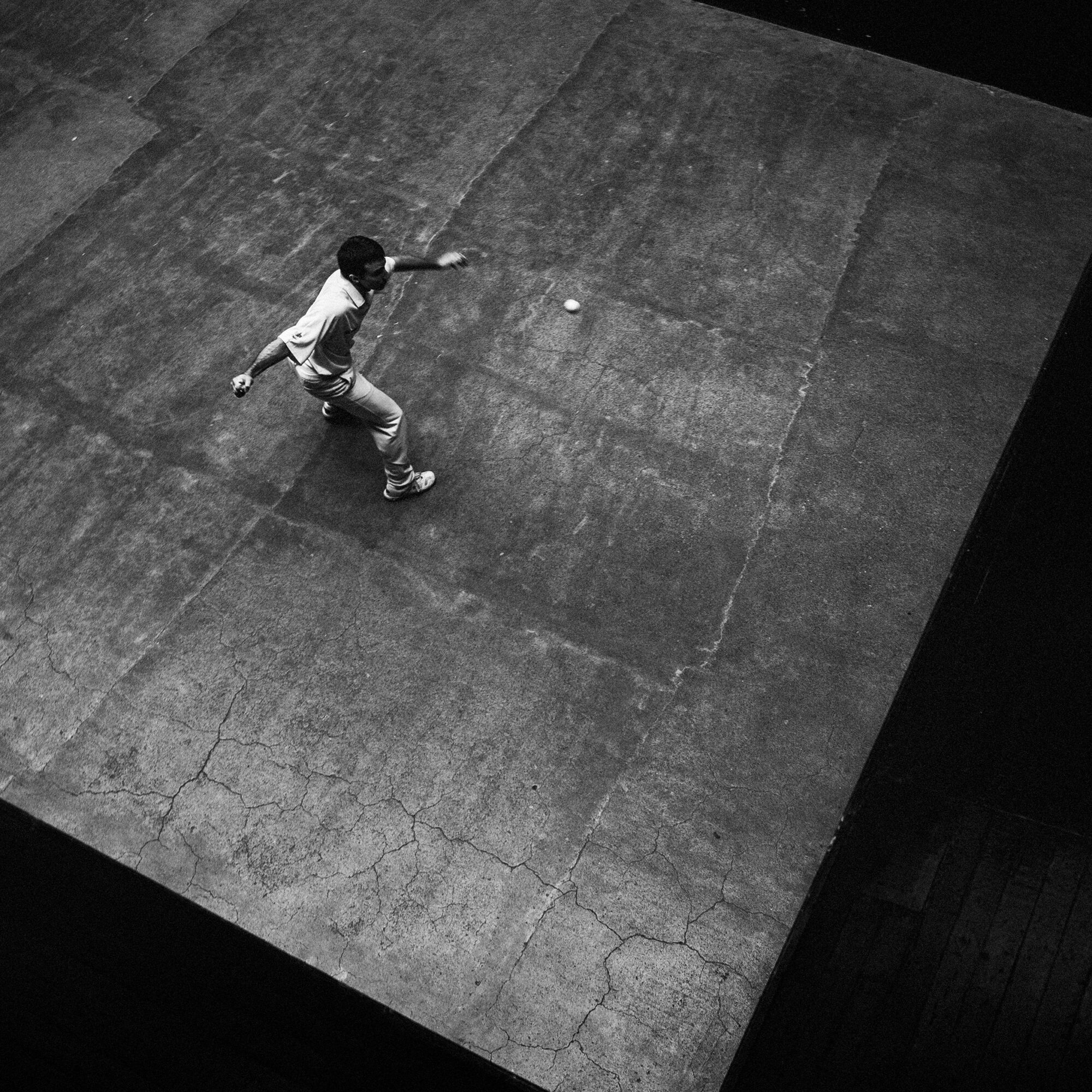 Throughout Galerna, one gets the sense of Cazenave trying to unlearn his natural desire to understand where he comes from and more importantly he is trying to unlearn how to communicate it to others. That is not to suggest that the artist has not achieved what he started out to do in speaking around the Basque country, but he has extended the possibility of approximation by decisively thinking through atmosphere and Affect allowing the images to suggest and not tell or describe. The images resonate with very little outside knowledge of the place and yet, you cannot read the images as what is, but rather what could be. This makes the artist’s suggestions all that more powerful. 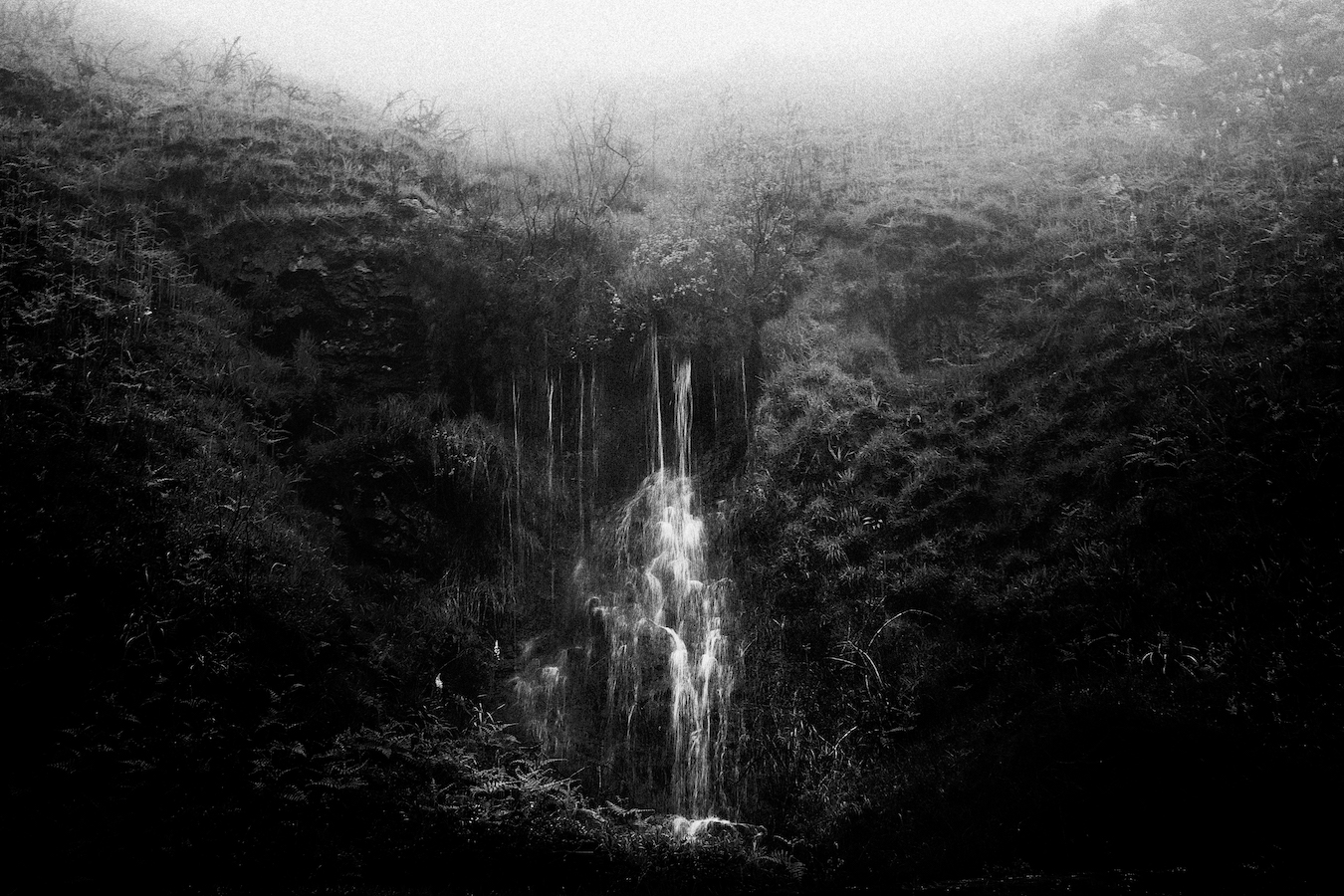 That mood is not mutually exclusive between artist and environment. We can read Cazeneve’s work through photography itself. The work is heavily grain-induced with an affectation for black spaces and minimal interruption of frame and suggests solitude and an environment in which despair or existential woe plays a long ringing intonation. Imagine Goya’s deafness in photographic terms, approximate that and we begin to see understand the aura of Cazenave’s aims. There is an echo of Mario Giacomelli, Anders Petersen and perhaps Misahas Fukase in the work as well. Though I cannot approximate exactly the Basque people or country from this book, I can approximate Jon as a Basque artist and that relative understanding gets me closer to approximating the place where he is from.