The gravity of our current moment lies not only in the event itself, but the image that the event has been spun into; namely a large web of the intolerable. Throughout the past year, the constant pressure of the Covid situation has led to a new depiction of the world in which fear, sickness, and death permeate the everyday. We are no longer accustomed to people’s faces, their smiles-all physiognomy that we relied upon to navigate our social world-the gracious ticks in the corner of mouths, the demure acceptance of a compliment read on lips have been shuttered, sequestered, and hidden. We can no longer read each other in the same way. 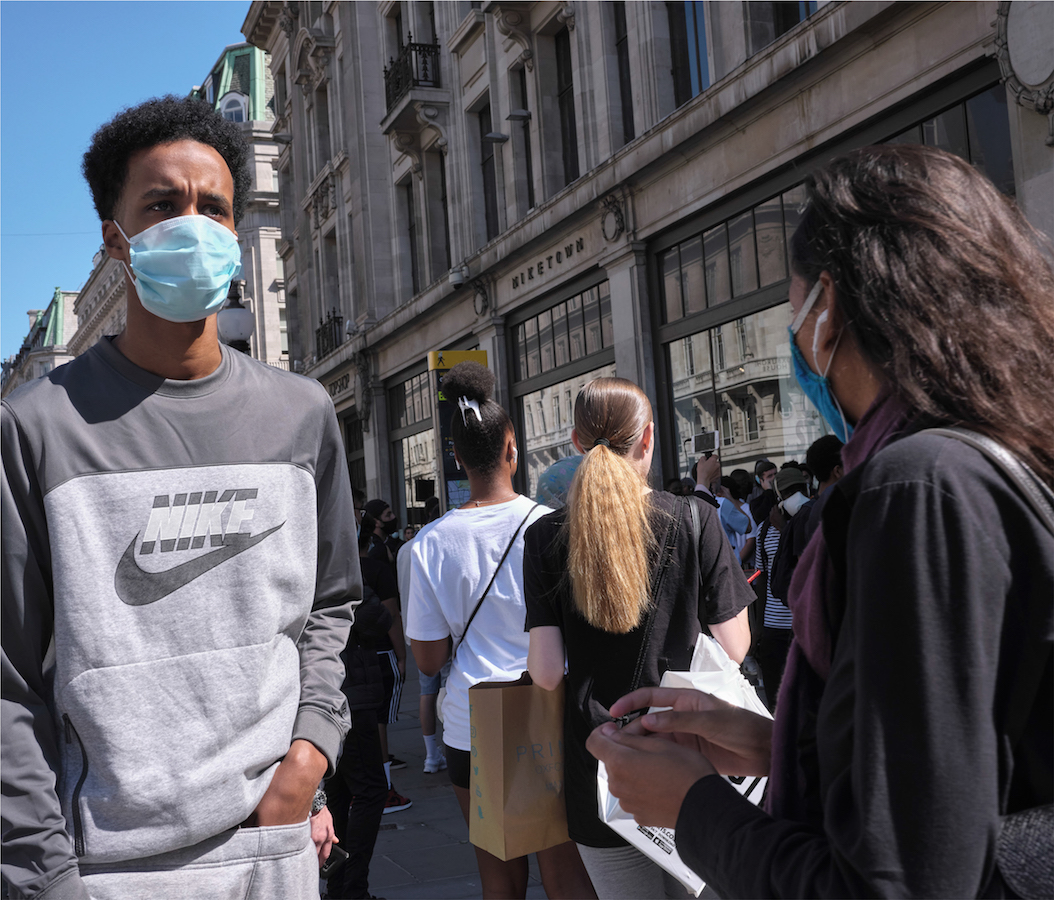 The pandemic is not a joke. It has been awful for many, the vast repercussions on our economy, public health, and relationships have been incredibly difficult to interpret and even more difficult to relate to. In this, the image of Covid has had its most lasting effects. The image of Covid from the early moments of the arrival of the pandemic began by showcasing what was happening in China, which at the time looked worrying, but felt far away. We saw hospital infrastructure built, graves dug and hazmat suits filled out with an increasing worry that what was believed to be an outbreak of limited proportions would cross borders and become something large; not something that simply happened “over there”. Our fears were confirmed in the early months of 2020 and we have hardly escaped with a moment of the relaxing of anxiety since. 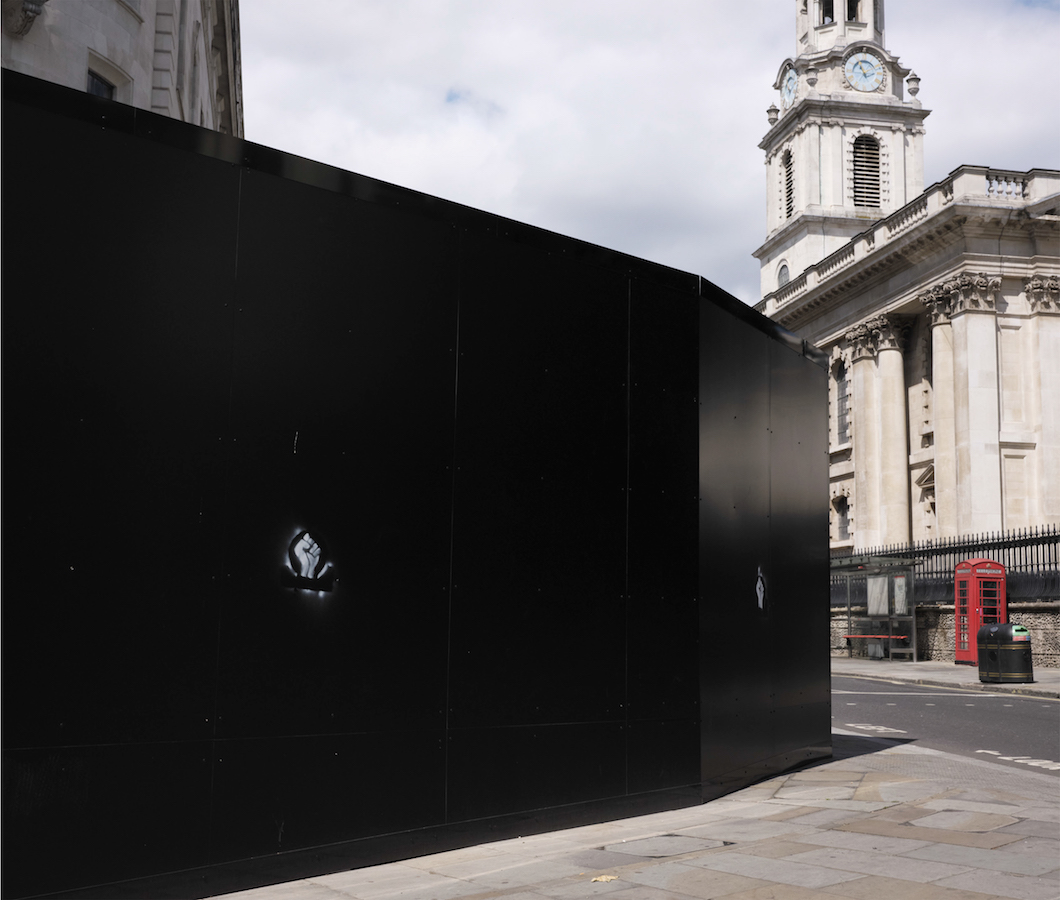 The new terrain of the world began to look different in those early months and travel and the regular humdrum of life before the pandemic ground to a halt. Citizens were asked to shutter in and avoid contact with people as much as possible. In countries like Italy, lockdowns began in earnest. Streets cleared, the emptiness of our once-bustling city centers were hushed and the world looked on as the image of the virus spread along with the shuttering of nations. At this moment things about the “new normal” were becoming increasingly clear-this wasn’t to be taken lightly and that under the duress of the pandemic, life and our image of it would change rapidly. 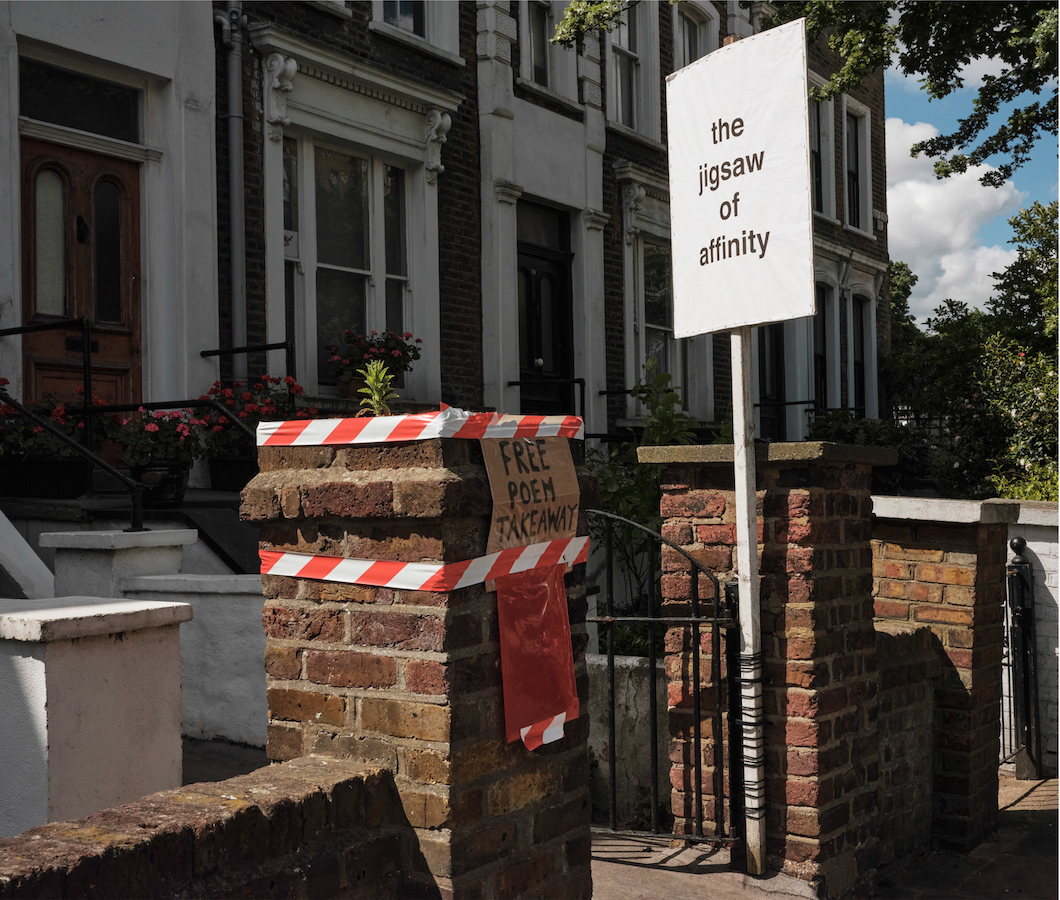 2020 itself was marked with several important moments in which the doldrums of our confinement were shattered by traumatic events that began with the death of George Floyd. Looking back and thinking through what has happened in one year since the Floyd moment, much has changed about our approach to one another. This is not only in urban spaces but in the world in general terms. What was a forced moment of medical uncertainty moved, along with its image, into a moment of social uncertainty as riots broke out and the timbre of due outrage led to a lasting effect of anger and disconnect. Instead of considering the moment as one of togetherness in the face of adversity, the world doubled down on us and we were unable to decipher life from its image-a blend of volatility, uncertainty and fear ruled the moment coupled with copious excess spurned on by the media corporations that helped to divide us along with a world leader who can be considered nothing short of vile. In many ways, we have been robbed of reconciliation with our collective image and have been asked to look into a dark and twisted mirror in which an apocalyptic potential seemed all that much more likely. 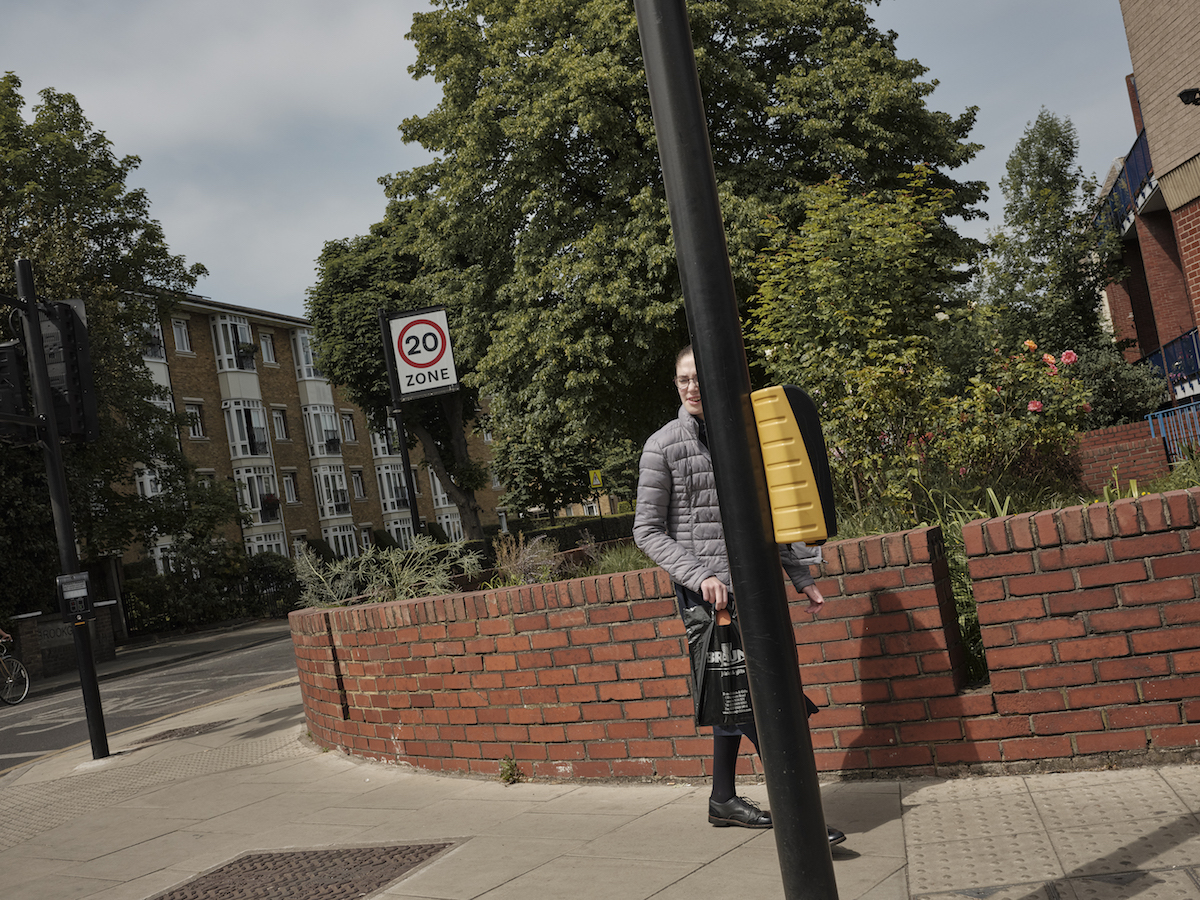 I am recounting all of this to mostly establish how I perceive the world on my own terms since the beginning of the new normal. I think of how I have perceived the world as I thumb through Jermaine Francis’s book Something That Seems So Familiar Becomes Distant as it suggests a position in which I feel sympathetic. It is not born of a haunting, or of the creepy and tactless coverage of the moment as seen in for example Antoine D’Agata’s Virus, nor is it as shoegazey as a number of other projects which have focused on life outside of the window. It also does not focus on the dishes piling up or sad-faced emoticons of trapped youths on their phones trying to grapple with not having access to social life. 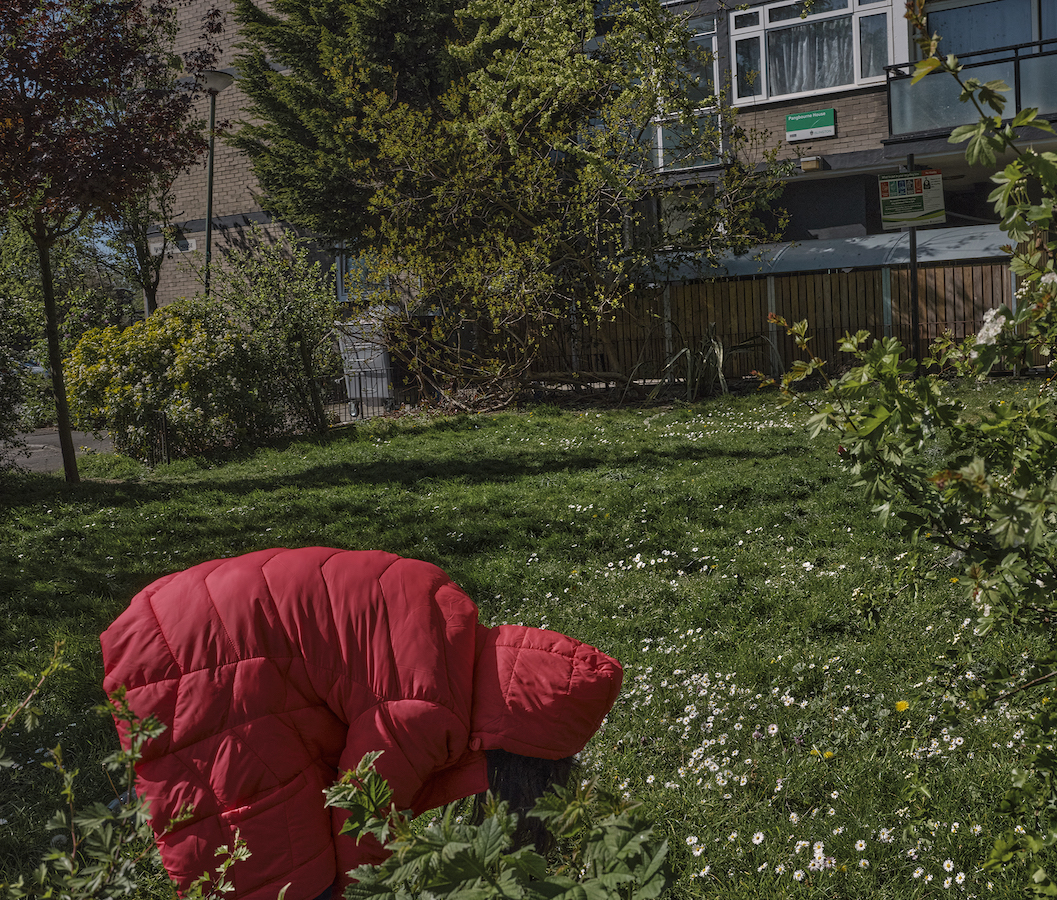 Instead, the book focuses on the moment from the position of Francis’s camera on the streets of London. He is active and presents a view of the world through the urban environment and not his window sill. It is in basic terms, a type of street photography though I hesitate to use that particular language as Francis is exploring the lockdown moment more similar to an artist like Paul Graham. There is an emphasis on seeing multiple frames of the same subject (not pictured here) that remind one of Graham’s similar device and the title is also more befitting of a post-documentary condition that explores the lyrical assertions of Francis’s advanced framing with the metaphorical potential of the subject that he wishes to convey. 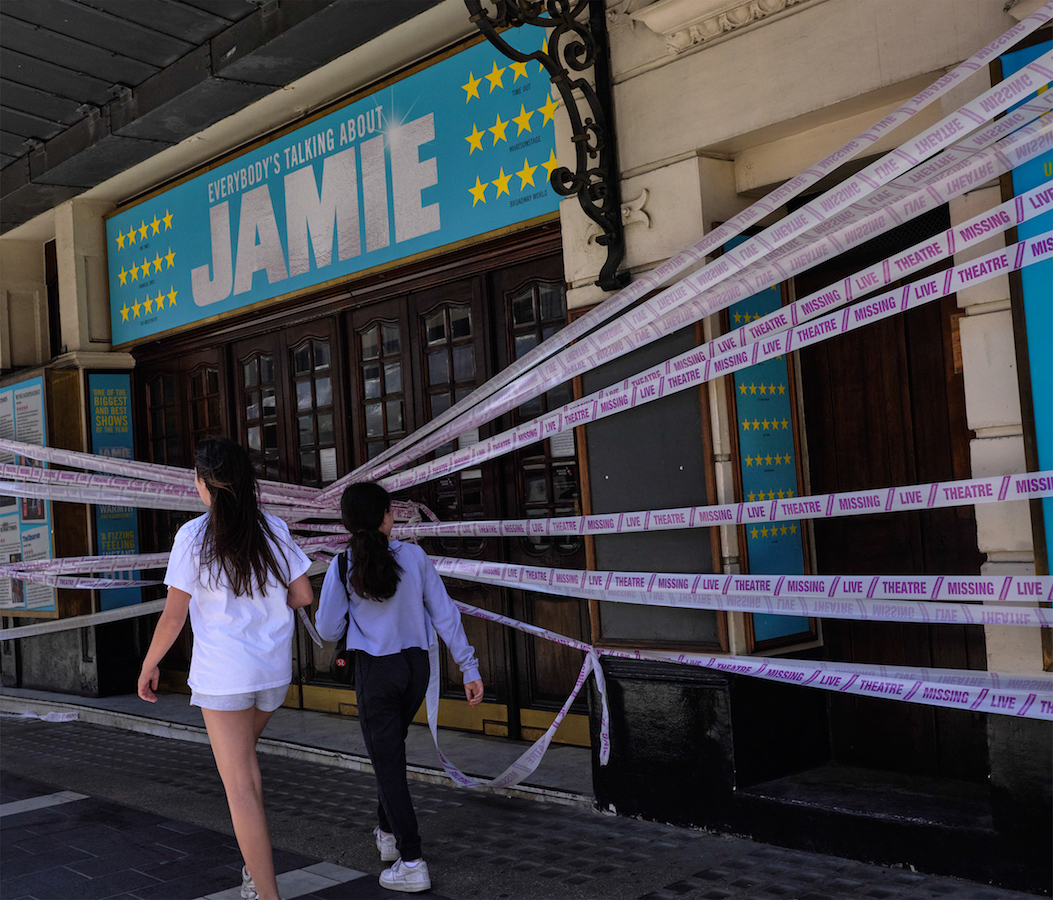 I do not feel woe in Francis’s photographs, nor some blaring unstoppable and ignorant optimism. I feel a young observational mastering of the medium. This type of photography recalls a generation whose passion for photography and place has not been in favor in recent decades. Street photography or new street photography is slowly turning its head as younger generations try to understand the global and increasingly claustrophobic moment of life in the 21st Century. Francis’s work beams with a confident energy that looks to upend the attitude of preciousness that has been associated with producing photographic images over the past decades and replaces it with something more honest and local. 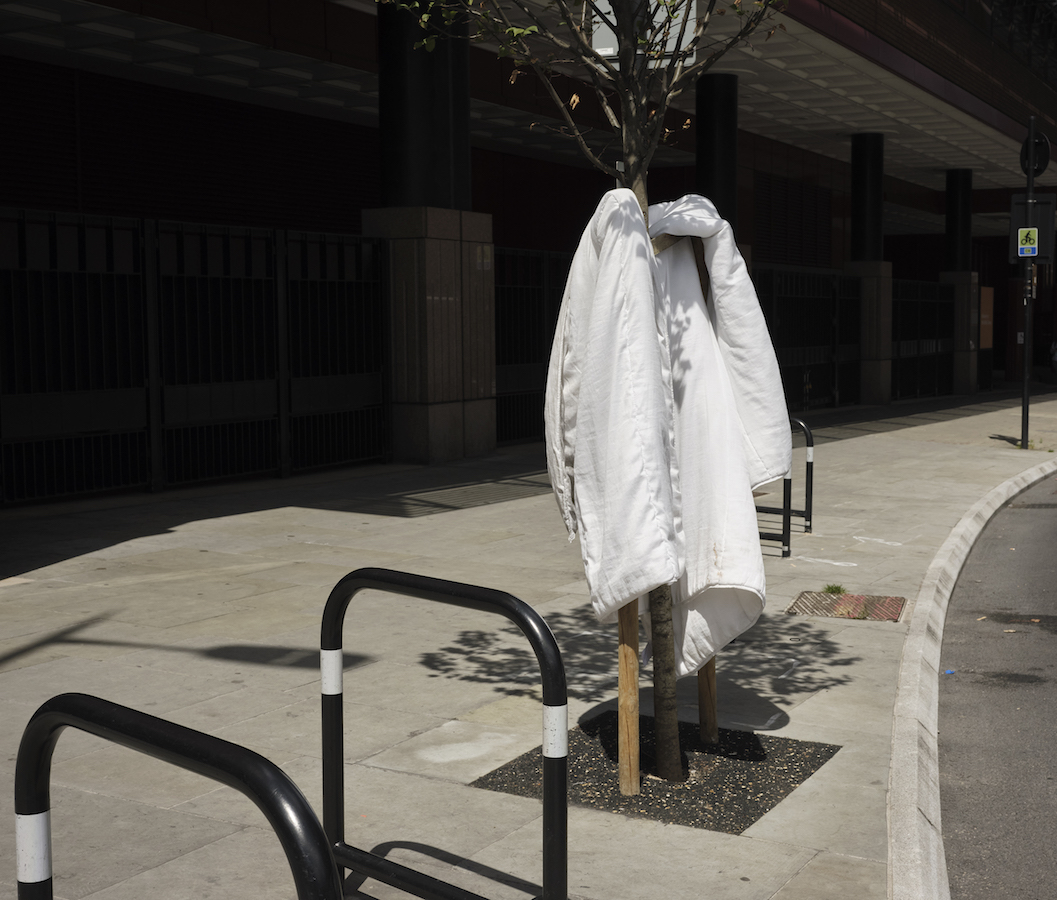 It has been some time that I have investigated what the camera can do of, with and for the world without the largely grotesque panderings of elite art practice disconnecting the frame from its subject. Jermaine Francis, along with several other talented sets of eyes gives new life to the medium by re-calibrating a type of photographing that feels new and brimming with potential. As artists try to tell me about NFT’s and other complications of the new world disorder in photography, I am less and less inclined to buy into their new pyramid schemes. I am more and more inclined to view the world through the prism of young talent like Francis. I think we need to remove the screen and the “conceptual framework” from between ourselves and our documenting of it, why not peel back a layer of this spinning onion and see what we are really about? Recommended.

Something That Seems Familiar Becomes Distant